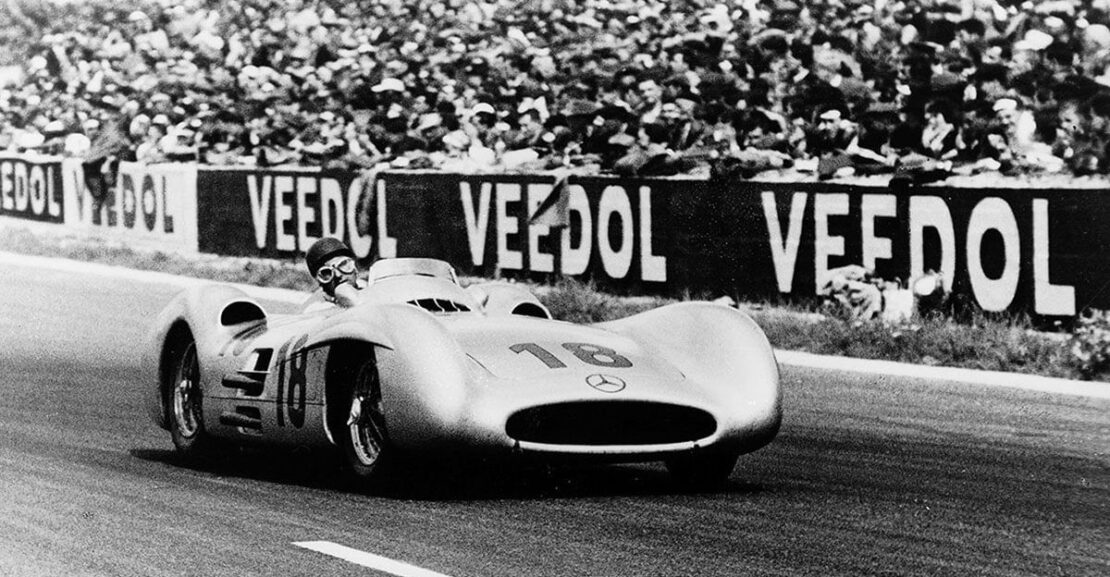 Stuttgart. Lewis Hamilton, Mika Häkkinen, Juan Manuel Fangio, Rudolf Caracciola and many more besides Mercedes-Benz racing drivers are celebrated as heroes in the history of motor racing by their fans. Their victories range from the latest double in the 2019 Formula 1 World Championship back to the birth of motorsport 125 years ago. Highlights include the Grand Prix Marathon 105 years ago as well as long-distance classics on the circuit and challenging rallies. The brand’s successful rally drivers also included Scotsman Andrew Cowan, who passed away on 15 October 2019 aged 82.

On the home straight: The sixth double title in Formula 1 is already in the bag for the Mercedes-AMG Petronas SILVER ARROWS. In the Constructors’ Championship, the team has already been uncatchable since the Japanese Grand Prix on 13 October 2019. The five-time Formula 1 World Champion Lewis Hamilton has provided the perfect complement to this achievement by taking his sixth title in the third-last race of the season, the USA Grand Prix on 3 November 2019, also rendering himself uncatchable at the top of the driver standings. By winning the same race, Valtteri Bottas also ensured that he is uncatchable in second place in the driver standings for 2019. Hamilton became World Champion for the first time in 2008 for McLaren-Mercedes. He took the Championship in 2014 and 2015 as well as in 2017 and 2018 with the Mercedes-AMG Petronas works team founded in 2010. 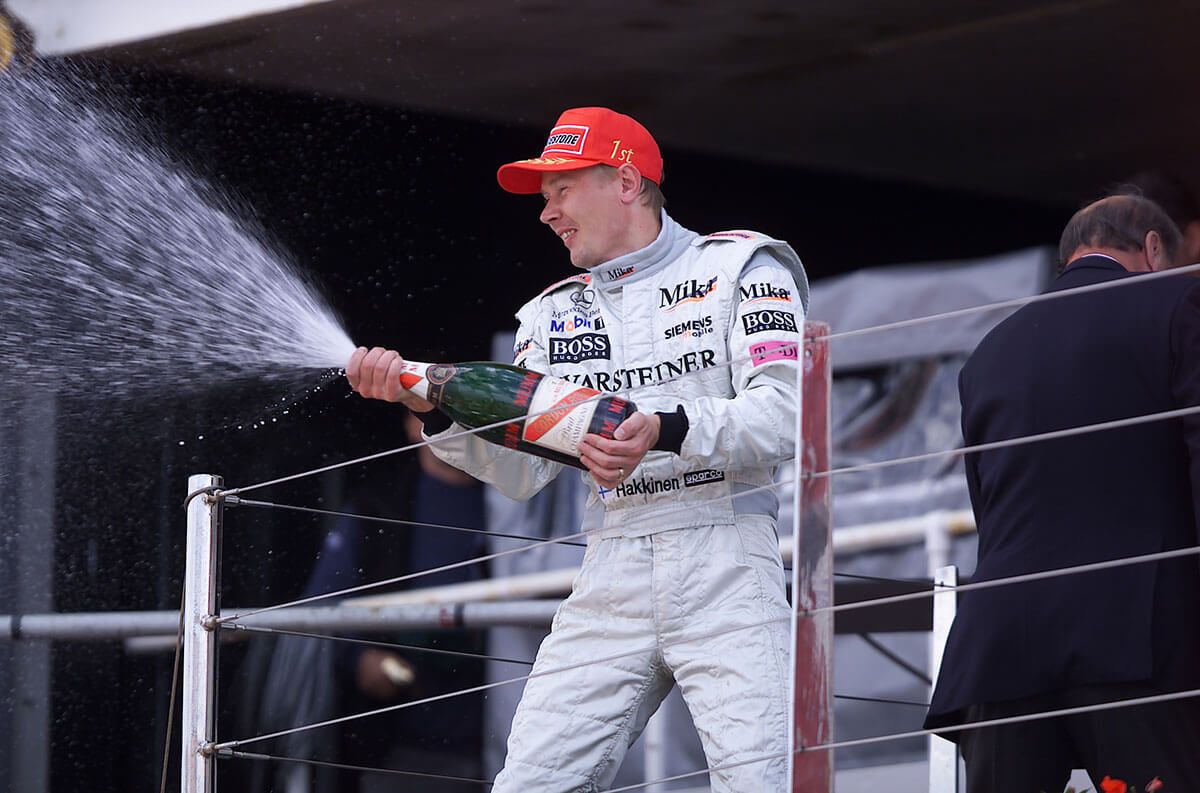 Reboot in the elite class: 20 years ago, Mika Häkkinen won the 1999 Formula 1 World Championship in the McLaren-Mercedes MP4/14. It was his second title in succession after 1998. The Championship vehicle from this year, the McLaren-Mercedes MP4/13, is on display in the permanent collection at the Mercedes-Benz Museum, in Legend Room 7: Silver Arrows – Races and Records. Häkkinen’s titles are among the early highlights of the Stuttgart brand’s return to the elite class of motorsport as of 1994. The new Silver Arrows took over where the major Mercedes-Benz successes left off in the 1950s: 65 years ago, Juan Manuel Fangio won the 1954 French Grand Prix in Reims, the premier race for the new W 196 R Formula 1 racing car. Fangio became Formula 1 World Champion in the W 196 R in both 1954 and 1955.

Major roots: The tradition of big wins and championships in Grand Prix sport dates back more than 100 years in the history of motorsport. One of the outstanding successes was the triple Mercedes victory secured by Christian Lautenschlager in the French Grand Prix of 1914. In this era, too, Victor Hémery exceeded the magic limit of 200 km/h – for the first time in a car with a combustion engine: 110 years ago in the record-breaking drives in 1909 in Brooklands (England) at the wheel of the Benz 200 PS. And Christian Werner won the Targa Florio 95 years ago in 1924 with the Mercedes two-liter racing car.

Compressor triumphs: Rudolf Caracciola’s win 90 years ago in the International Tourist Trophy in 1929 near Belfast (Northern Ireland) in the Mercedes-Benz SS (W 06) is one of the triumphs of the Mercedes-Benz Compressor touring sports cars of the late 1920s and early 1930s. In 1931, Rudolf Caracciola also became the first non-Italian driver to win the Mille Miglia in the advanced SSKL. And Manfred von Brauchitsch won the Avus Race in 1932 in a pioneering, aerodynamically trimmed SSKL. Mercedes-Benz Classic won plaudits with the authentic reconstruction of this vehicle in 2019 – to mark the 125 Years of Motorsport anniversary. 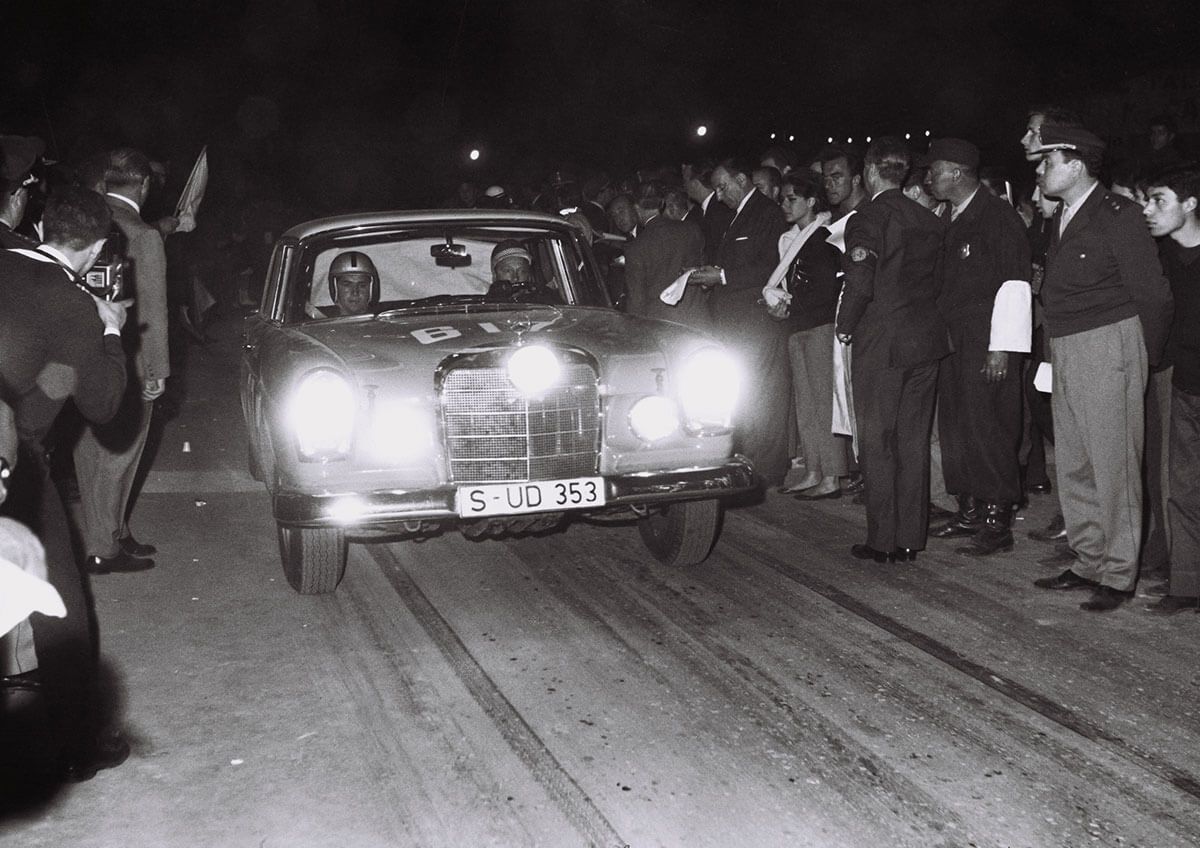 Silver takes gold: The era of the Mercedes-Benz Silver Arrows was heralded in 85 years ago by Manfred von Brauchitsch’s victory at the International Eifel Race in 1934 at the Nürburgring with the new Mercedes-Benz W 25 Grand Prix racing car. The Stuttgart brand’s famous racing drivers of this time also included Hermann Lang and Richard Seaman. Rudolf Caracciola was the star. In 1935, 1937 and 1938, he became European Grand Prix Champion. A highlight of the first Silver Arrow era was Hermann Lang’s win at the Tripoli Grand Prix 80 years ago in 1939 in the 1.5-liter Mercedes-Benz W 165 racing car specially designed for this race. 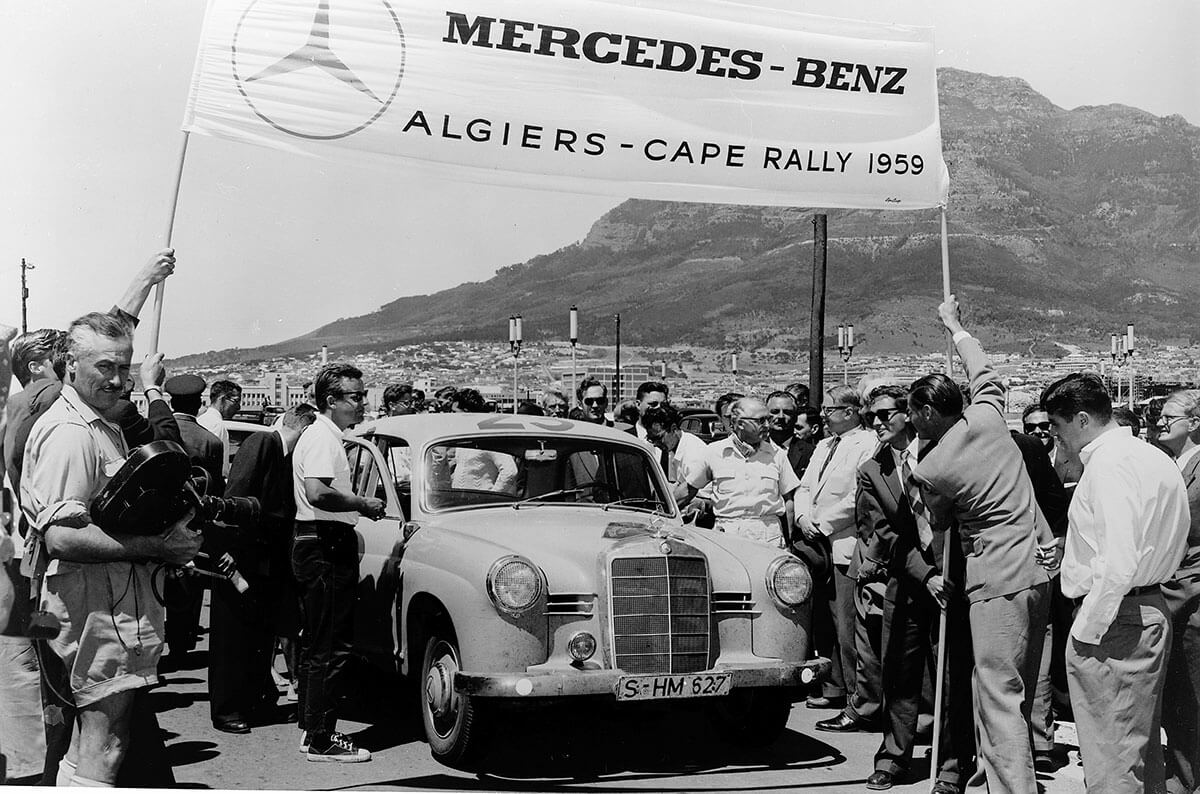 Success on all-terrain: After Mercedes-Benz withdrew from motor racing at the height of its success in 1955, the focus was on rallies. The victories secured by former Formula 1 racing driver Karl Kling 60 years ago include the Africa rally Méditerranée–Le Cap in 1959 in the Mercedes-Benz 190 D. The rally stars of the brand with the star included Eugen Böhringer, European Rally Champion in 1962. 55 years ago, together with Klaus Kaiser, he won the International Touring Grand Prix of Argentina in 1964 and also led Mercedes-Benz’s triple victory in this race. In the same year, rally driver Ewy Rosqvist along with Eva-Maria Falk took the class victory in the 1964 Monte Carlo Rally. 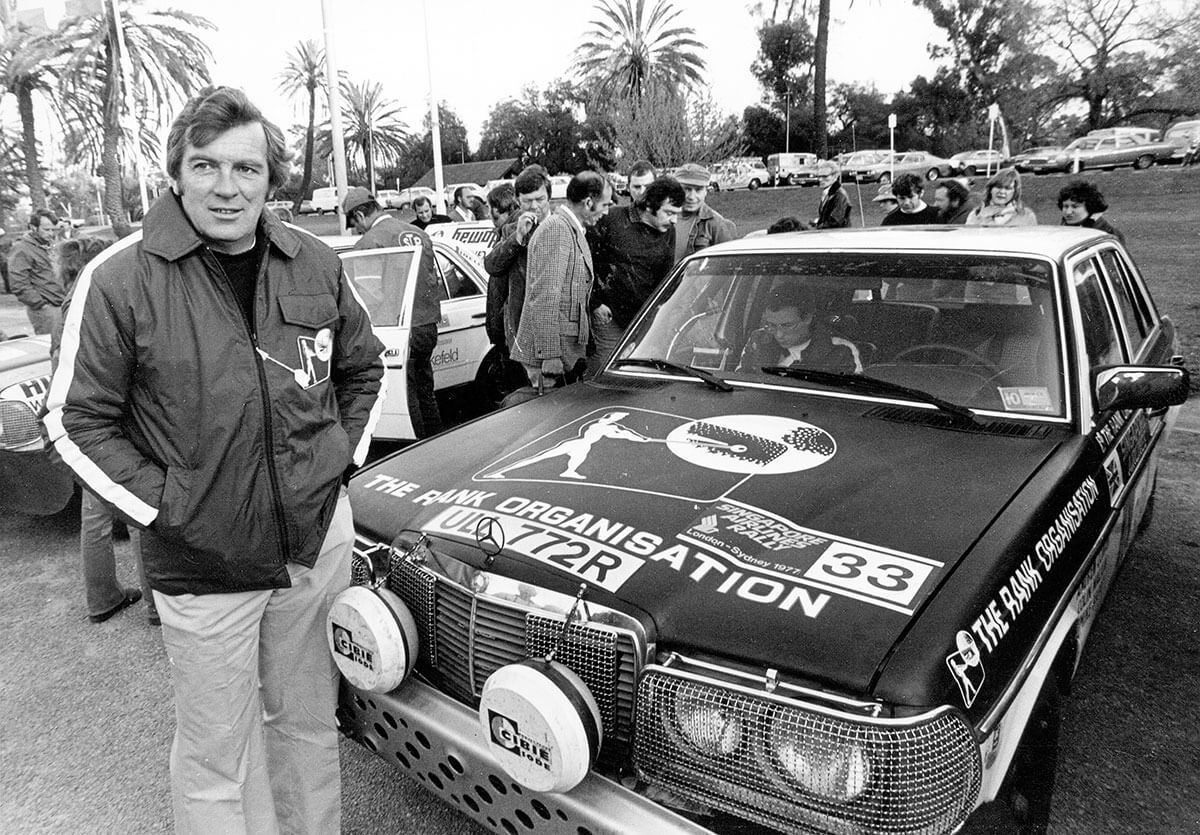 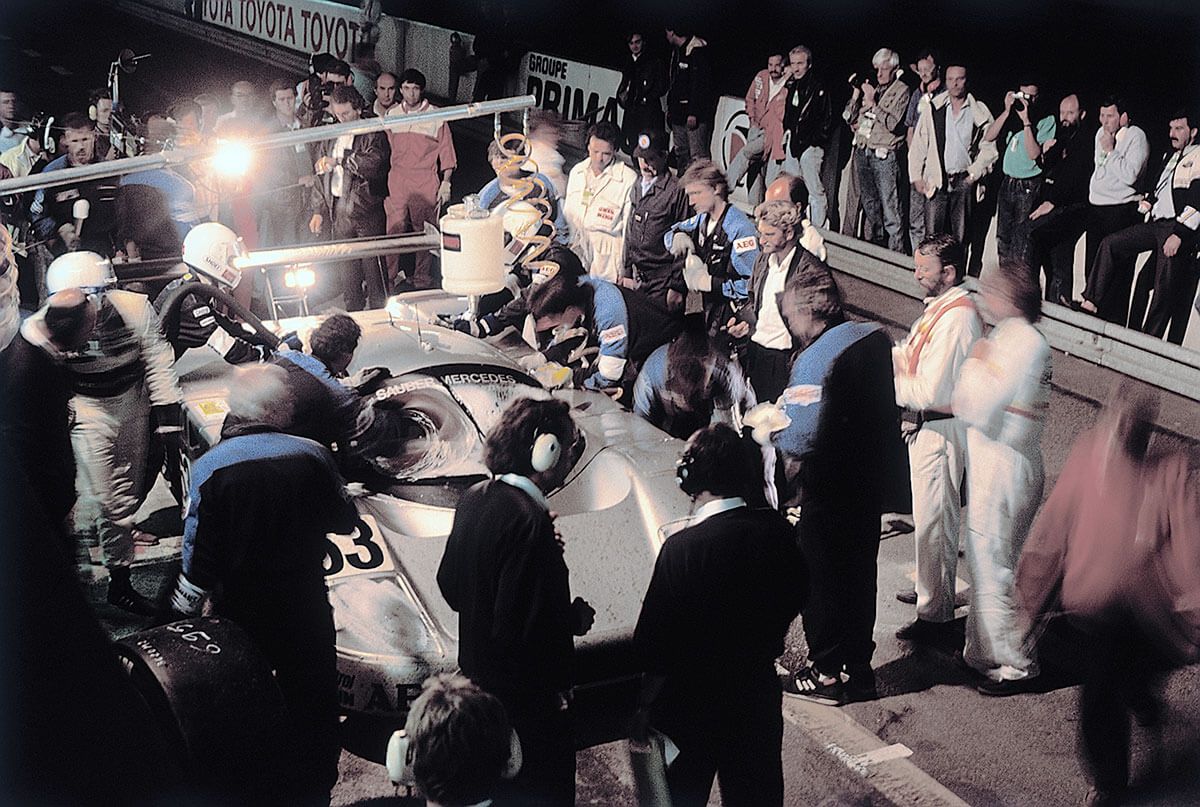 Back on the circuit: 30 years ago, Jochen Mass won the Le Mans 24 Hours Race in 1989 in a Sauber-Mercedes C 9 together with Manuel Reuter and Stanley Dickens. This was a highlight of Mercedes-Benz’s involvement in Group C. In this racing series, the brand returned to the circuit as a strategic partner and engine supplier as of 1985. There were major successes in the German Touring Car Championship (DTM) in particular. This is where Klaus Ludwig became DTM Champion 25 years ago in 1994. It was his second championship title for Mercedes-Benz after 1992.