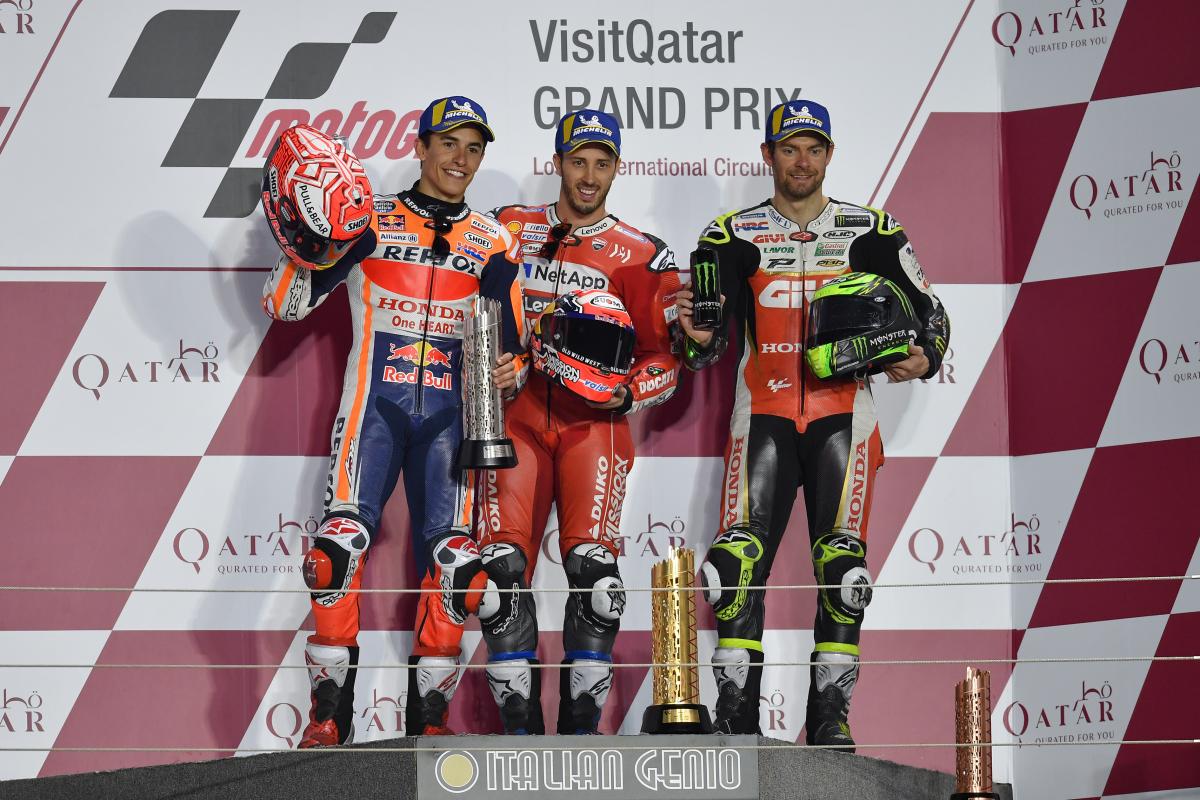 A carbon copy of 12 months ago then played out at the final corner, with Marquez diving through, sitting up Dovi, running wide, with the latter being able to get the drive and power past the Honda on the exit to edge the number 93 to the line by 0.023 seconds. Behind, Crutchlow kept his cool to take a remarkable podium on his first race back since his huge Australian GP crash, with Rins a valiant P4 and Rossi again proving you should never count ‘The Doctor’ out in P5 from P14 on the grid. 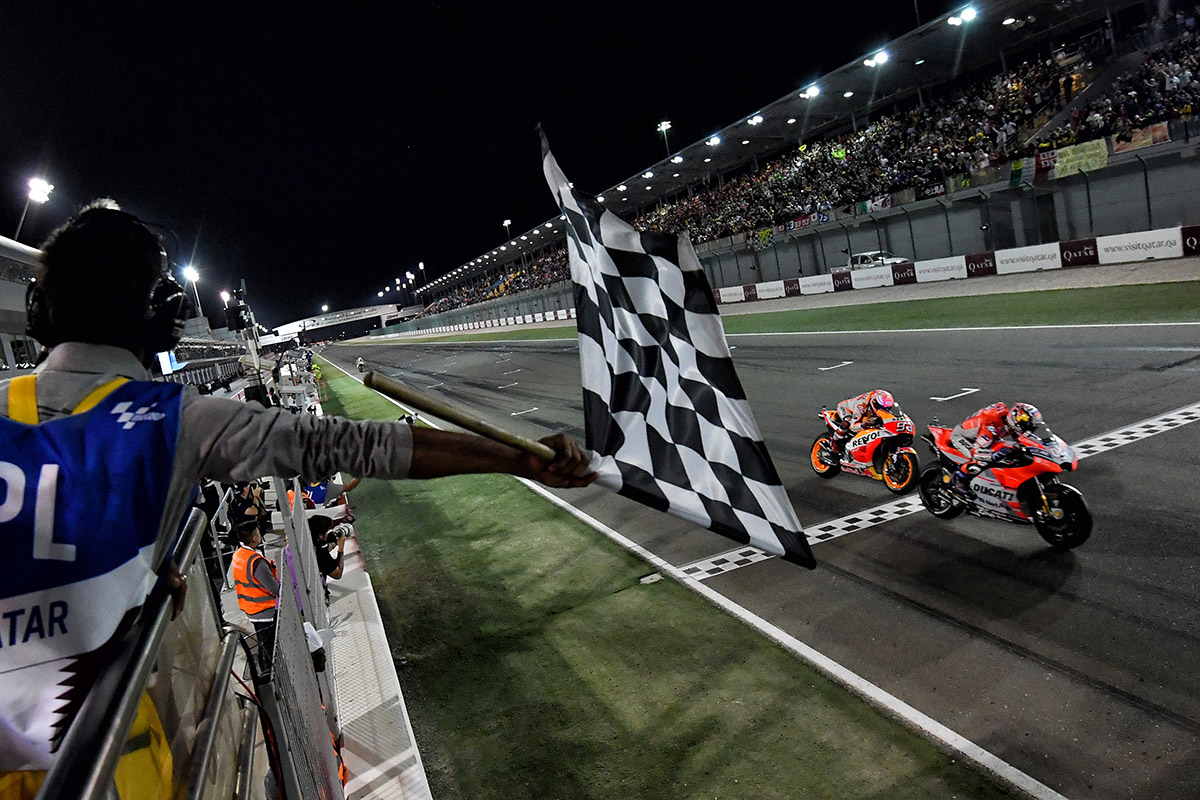 Petrucci would have to settle for P6 on his maiden factory Ducati ride, 2.320 the Italian finished behind his teammate in the end, with polesitter Viñales crossing the line 0.161 back from ‘Petrux’ in P7. Mir produced a fantastic rookie ride to finish just over five seconds off the race win in P8, the Spaniard beating ninth place Nakagami and tenth place Aleix Espargaro (Aprilia Racing Team Gresini) – 9.636 covering the top 10 in Qatar. 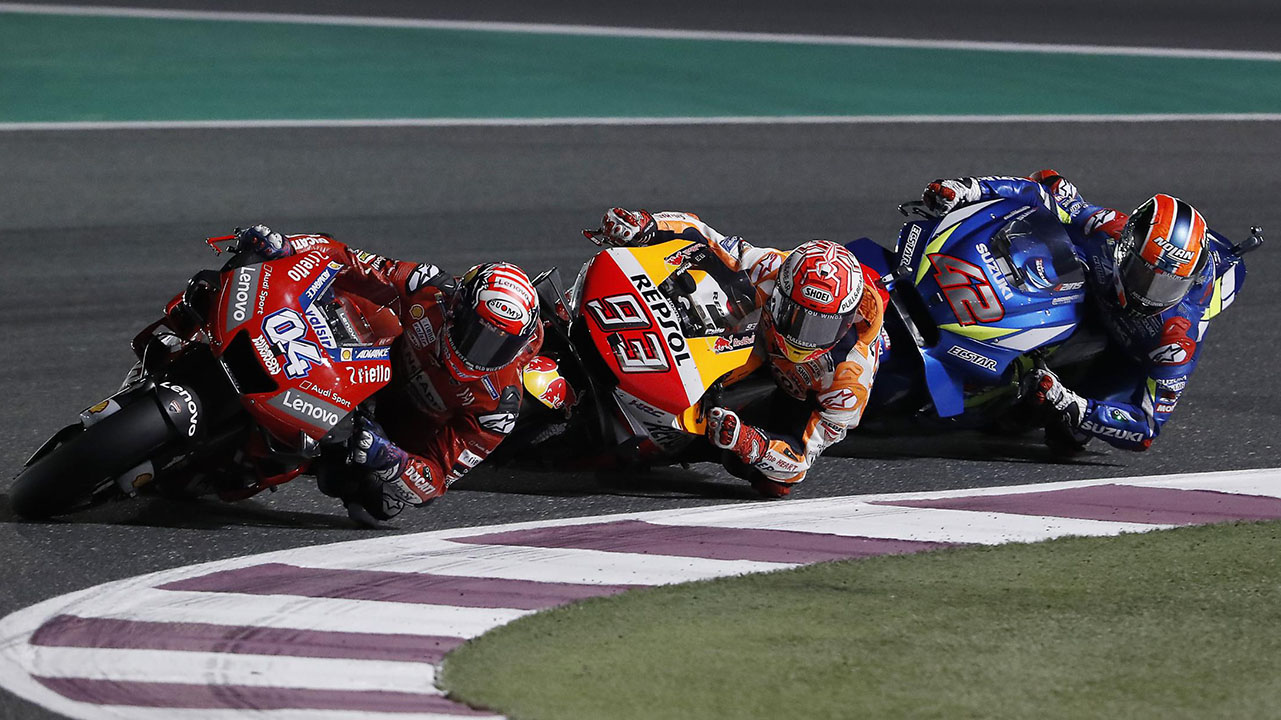 PREVIOUS 10 Mar 2019
2019 Qatar MotoGP: Yamaha, Ducati, Honda to battle it out in the epic desert encounter