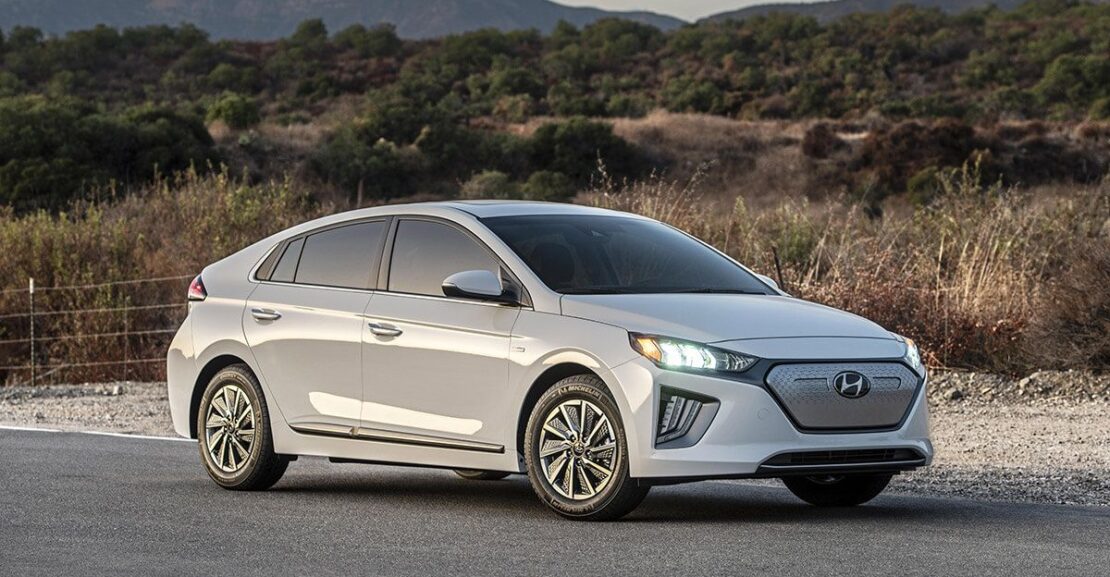 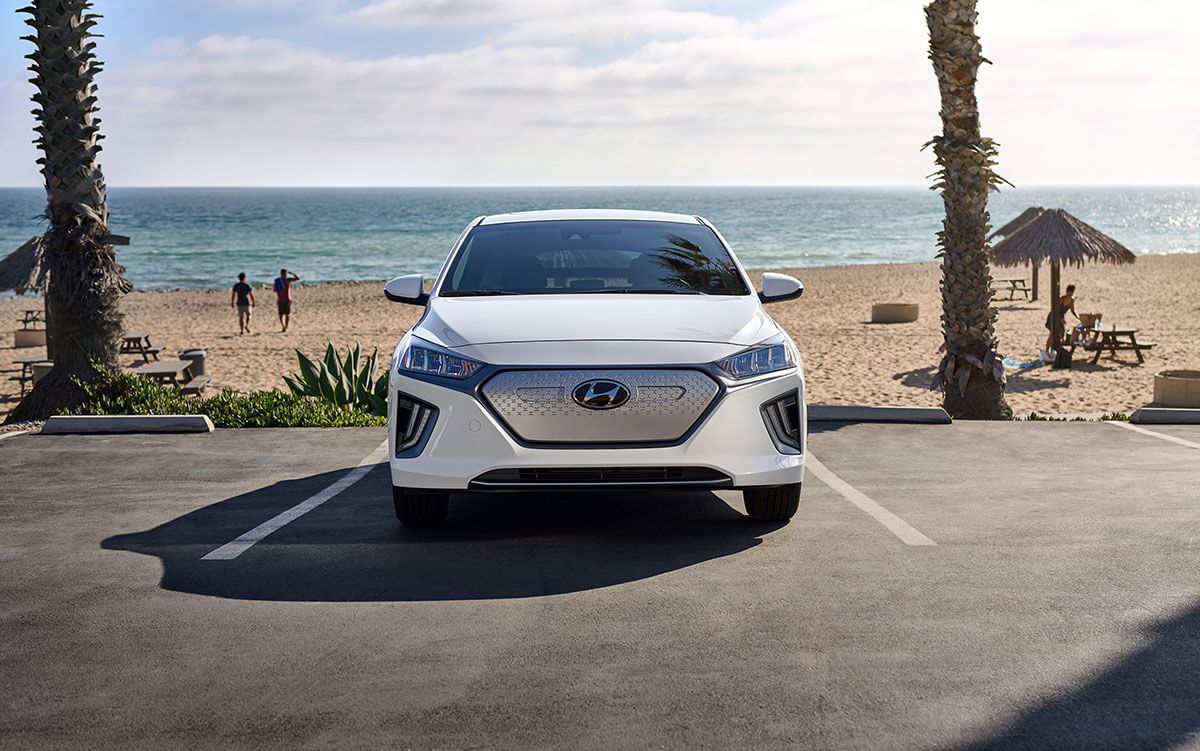 Since its launch in 2016, IONIQ has been the world’s first car planned from the start to offer three electrified powertrains – a hybrid, plug-in hybrid and full electric. It was also Hyundai’s first alternative fuel vehicle engineered to provide outstanding efficiency while being fun-to-drive. For the 2020 model year, IONIQ has a new futuristic aerodynamic exterior and interior design. While new segment-first features like Highway Driving Assist (optional) and Lane Following Assist (optional) make long trips less stressful and more comfortable. 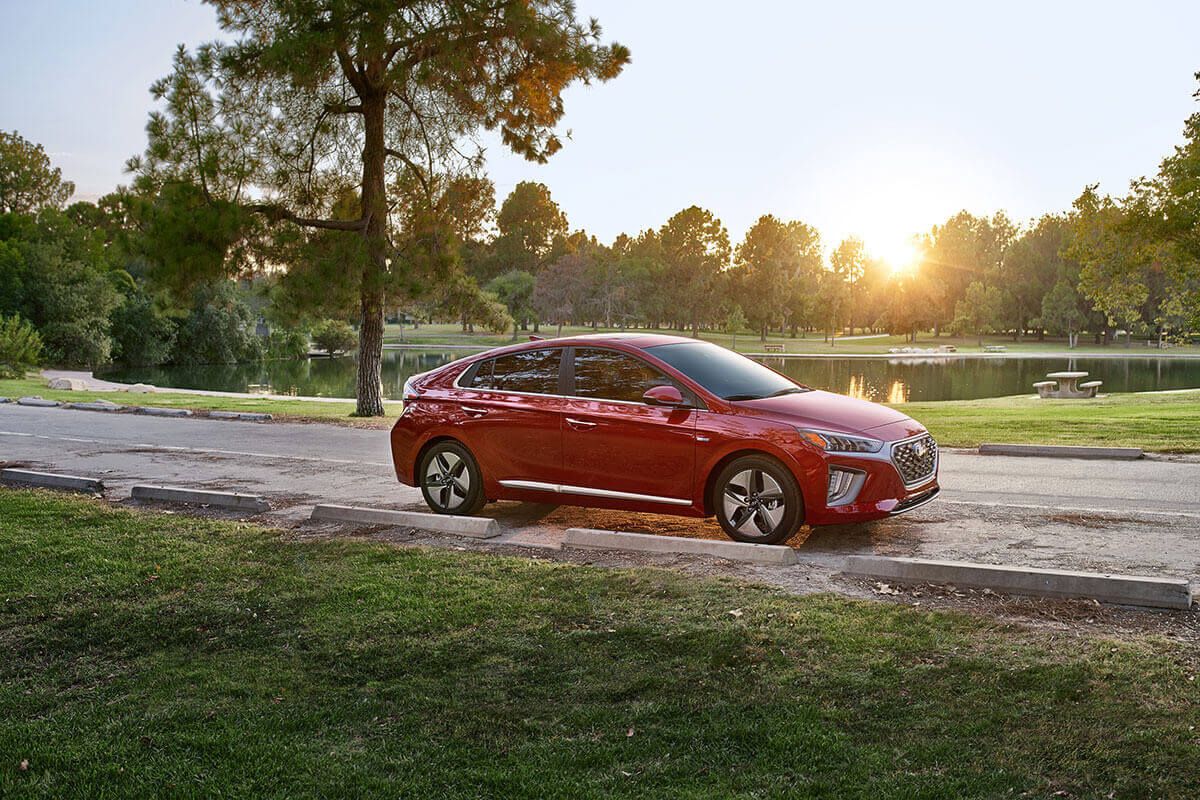 When it comes to safety, all redesigned IONIQ models are equipped with a comprehensive Hyundai SmartSense technology package. This cutting-edge driver assistance system constantly monitors the environment around the car alerting drivers to potential hazards while on the road. This system includes standard Forward Collision-Avoidance Assist, High Beam Assist, and a Drivers Attention Warning. 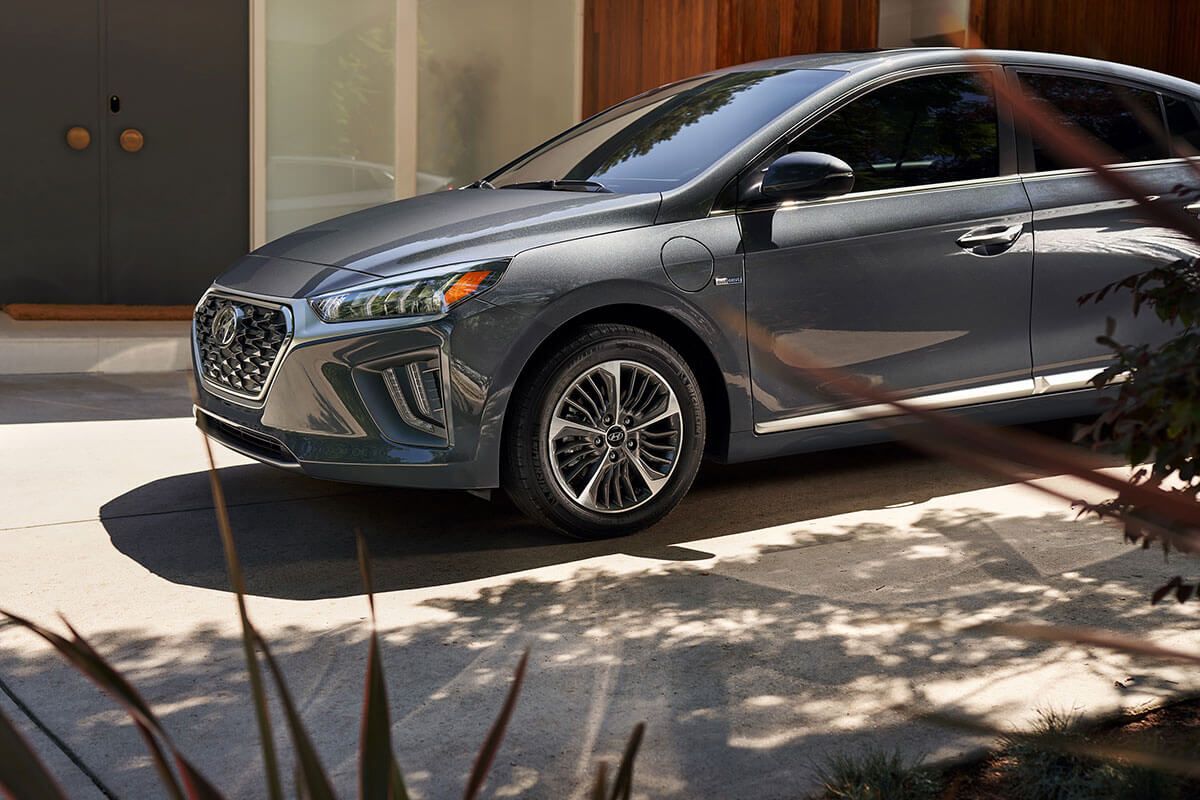 The new IONIQ Electric’s battery has been upgraded from 28 kWh to 38.3 kWh, meaning drivers can go even further between charges. It boasts 36% additional energy storage capacity, offering a total of 170 miles of estimated range. Its e-motor delivers 134 horsepower and 218 lb.-ft. of torque and is fitted standard with a 7.2-kW on-board charger – an upgrade from current 6.6-kW – for Type 2 AC charging. Using a 100-kW fast-charging station, the battery can reach 80% charge in as little as 54 minutes. 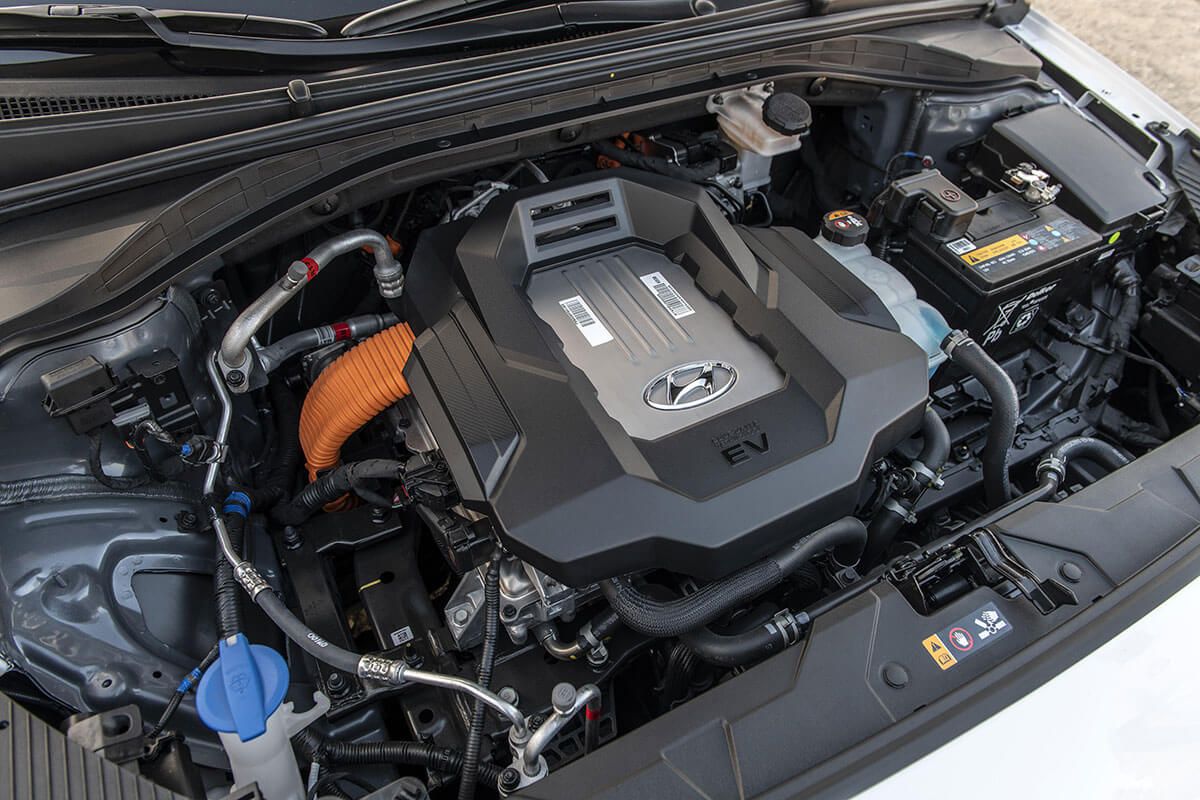 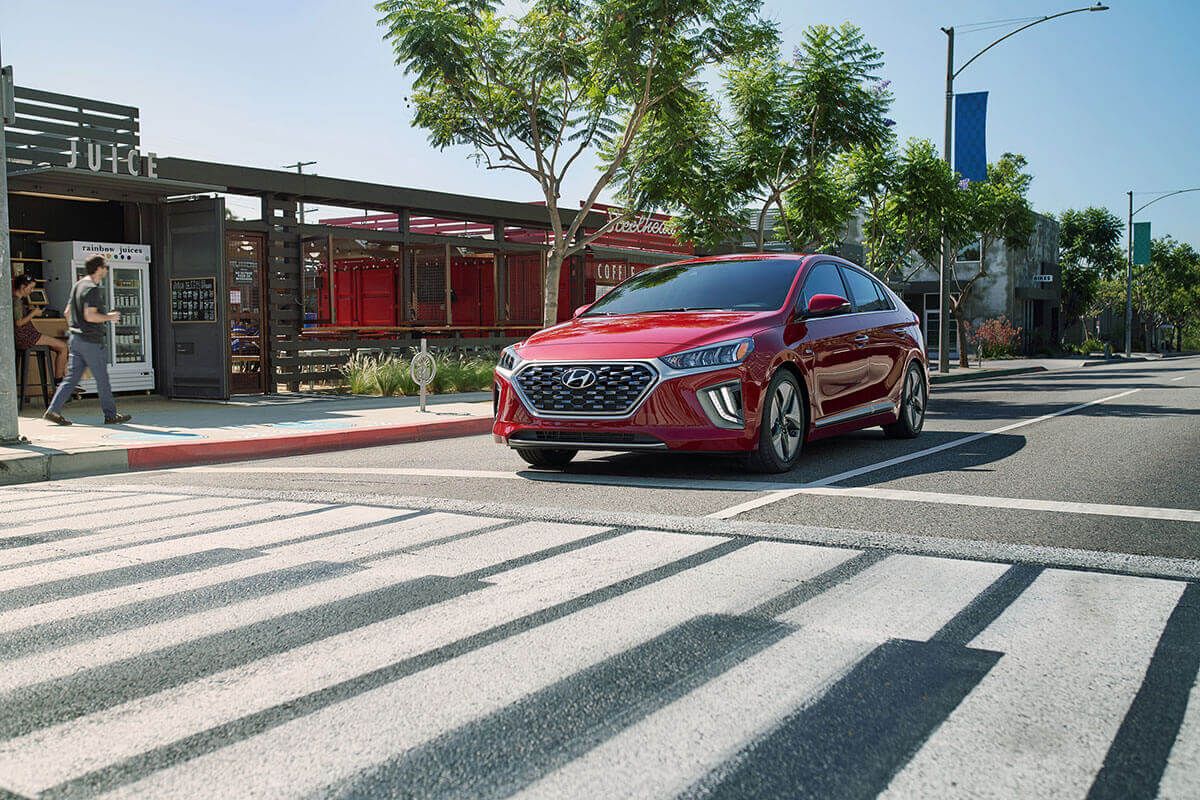 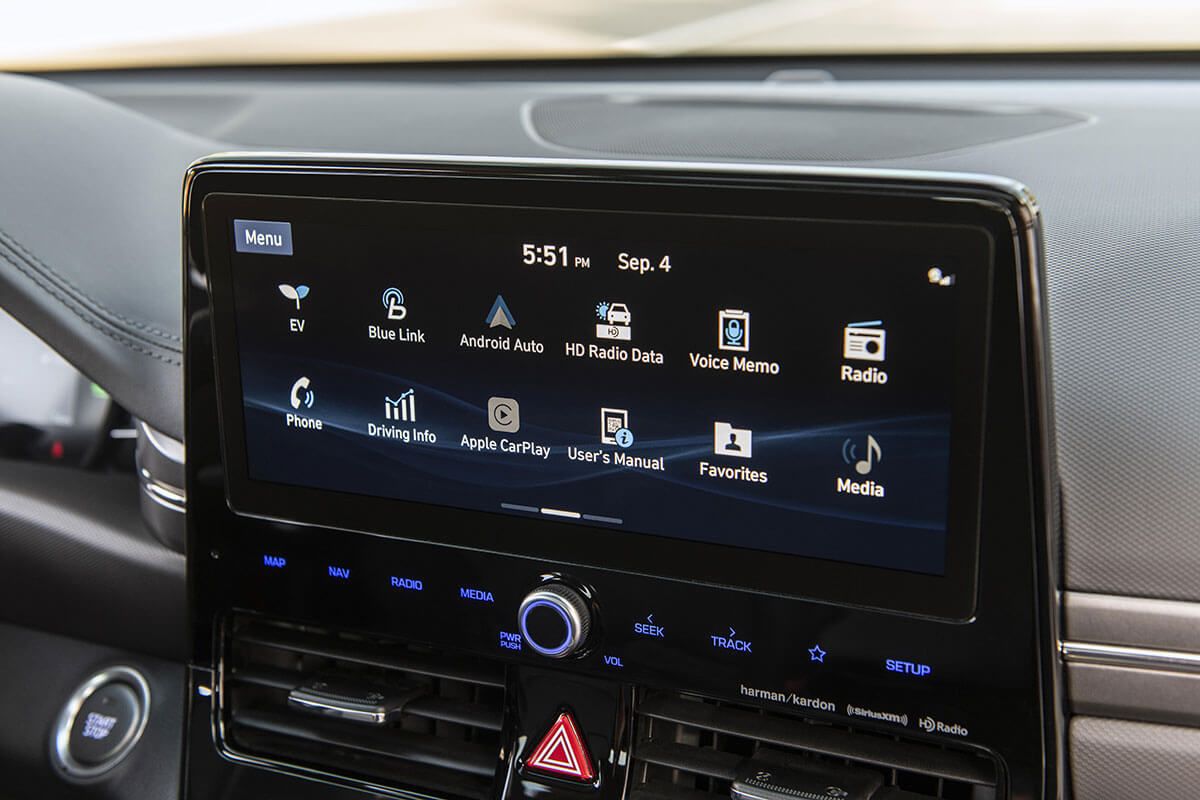 The upgraded IONIQ line still features Hyundai’s Blue Link connected car system, which uses embedded telematics to allow drivers to remote start their vehicle and control air conditioning using the MyHyundai smartphone app. The app also allows users to remotely lock or unlock their doors, and find their vehicle in a crowded parking lot with Car Finder and remote horn and lights. This technology also allows owners of the plug-in or electric model to remotely check the status of their battery so they know when they need to recharge the vehicle. Thanks to Blue Link, charging can be remotely controlled and scheduled via the app. In addition, Blue Link in the new IONIQ arrives with cloud-based navigation, which offers free up-to-the-minute traffic information, POI searches, dealer locator as well as the ability to locate nearby charging stations. 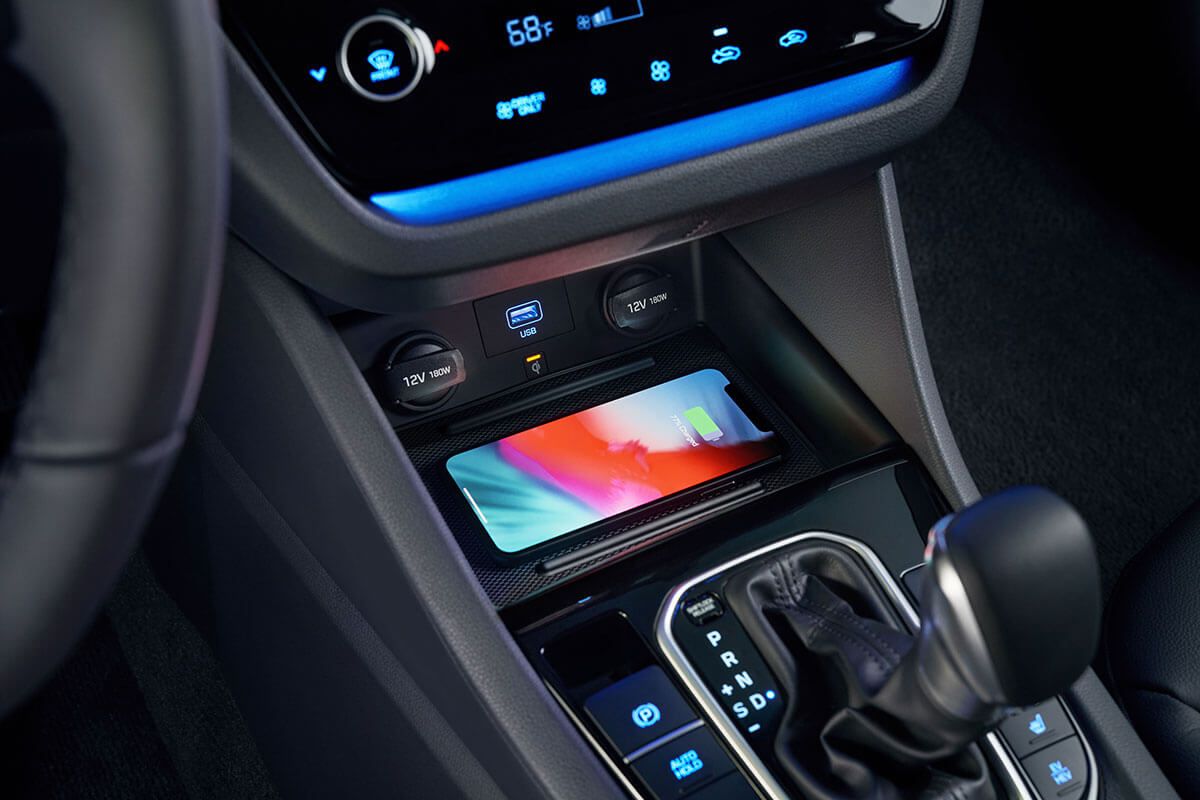 The optional Audio Video Navigation system displays a wide variety of useful information across its 10.25-inch split touch-screen. The improved screen can be customized providing two home screen versions and the ability to edit displayed widgets and icons. In addition to standard Android Auto and Apple CarPlay with the base onboard system, with standard new Multi-Bluetooth function (with 10.25-inch AVN option only) drivers of the new IONIQ can connect two phones at the same time to allow users to listen to each phone’s music through Bluetooth streaming.

Upfront, the hybrid and plug-in versions of the new IONIQ now show a redesigned mesh-type radiator grille. The front of the new IONIQ Electric has a new distinctive pattern on the closed grille. All models feature an updated front bumper design with a silver molding at the bottom. New anthracite gray trim seen on the rear bumper molding and daytime running light bezels up front create a more refined and dynamic look. The LED DRLs, as well as the newly available,  LED head- and taillights, make IONIQ stand out at night – offering not only aesthetic enhancements but also additional safety. IONIQ Plug-in and Electric are available with redesigned 16-inch (standard) alloy wheels, while customers of IONIQ Hybrid can choose between a new 15 and 17-inch (optional) wheel designs. 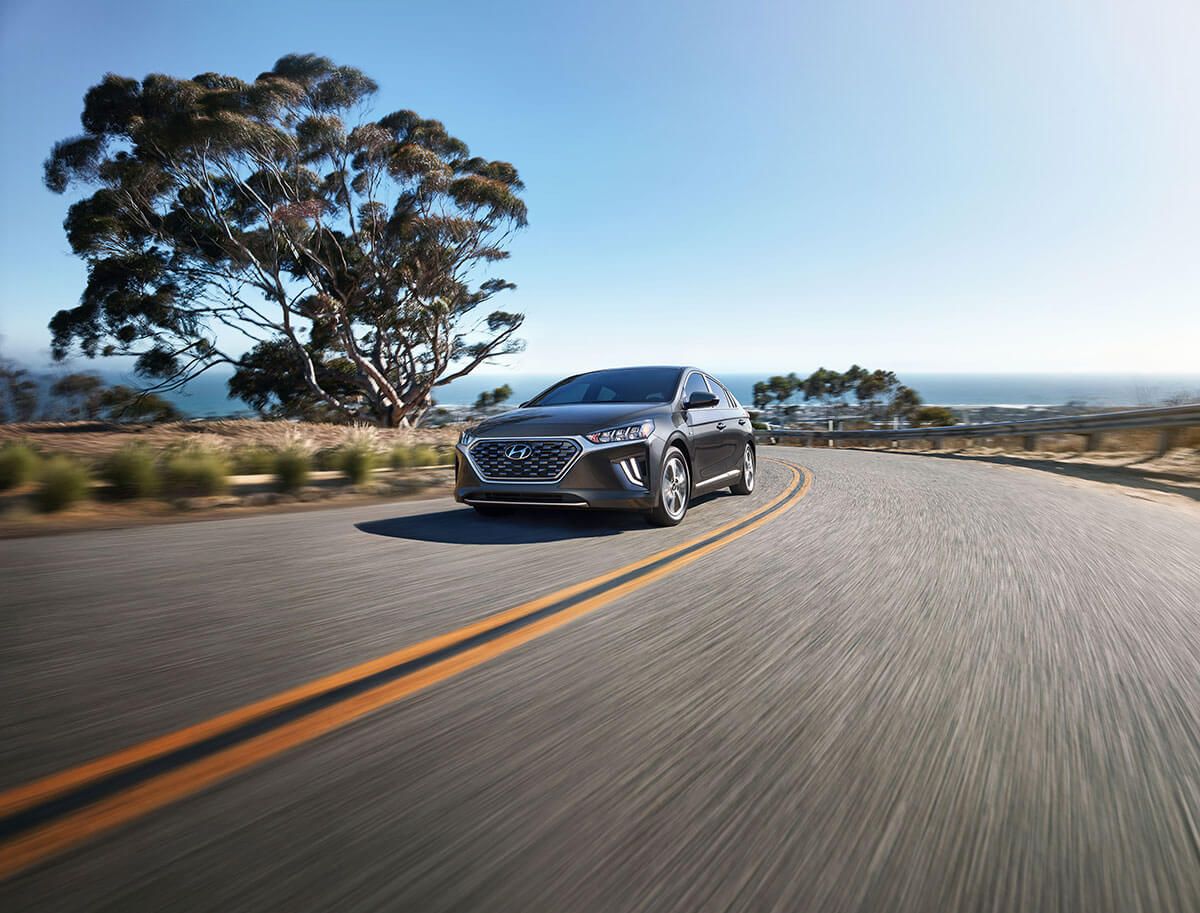 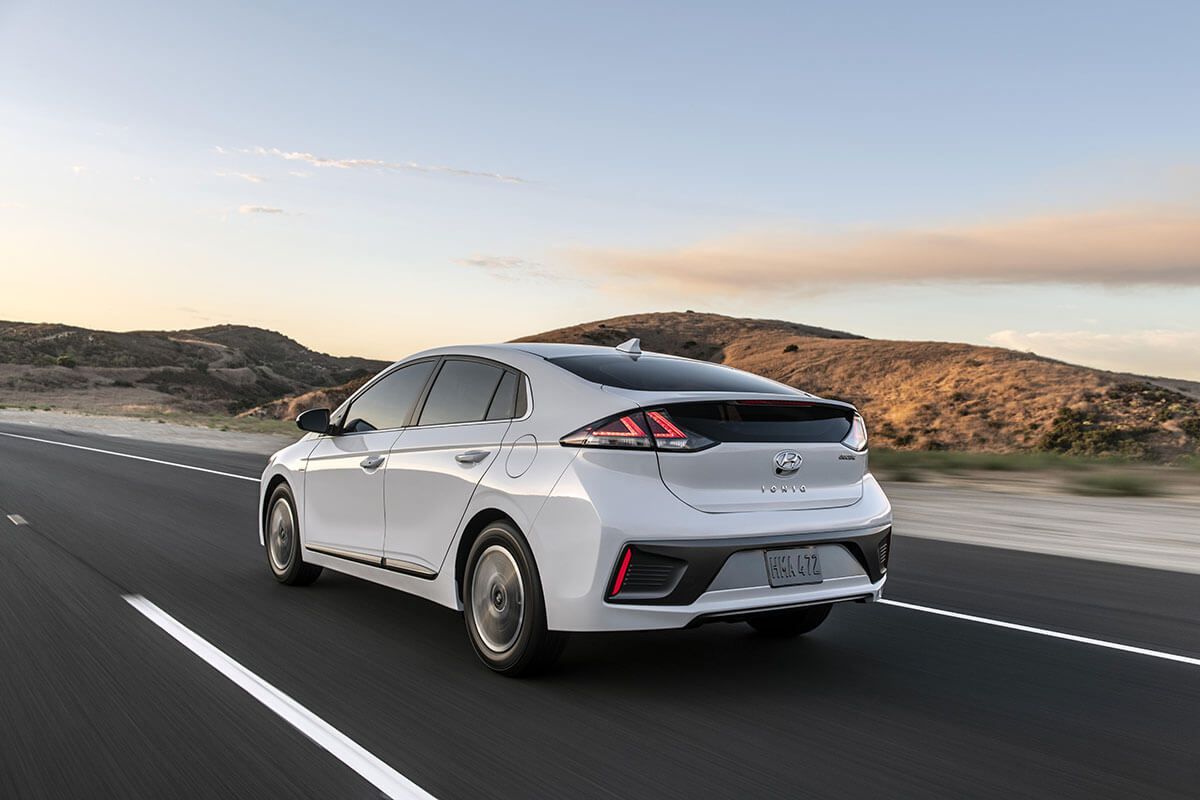 Using the radar sensor to detect the distance from the car in front, Smart Cruise Control with Stop & Go maintains a preset distance to automatically stop and depart again according to traffic conditions. Additional options include Blind-Spot Collision Warning and Rear Cross-Traffic Collision Warning (Optional on Hybrid and Standard on Plug-in and Electric). 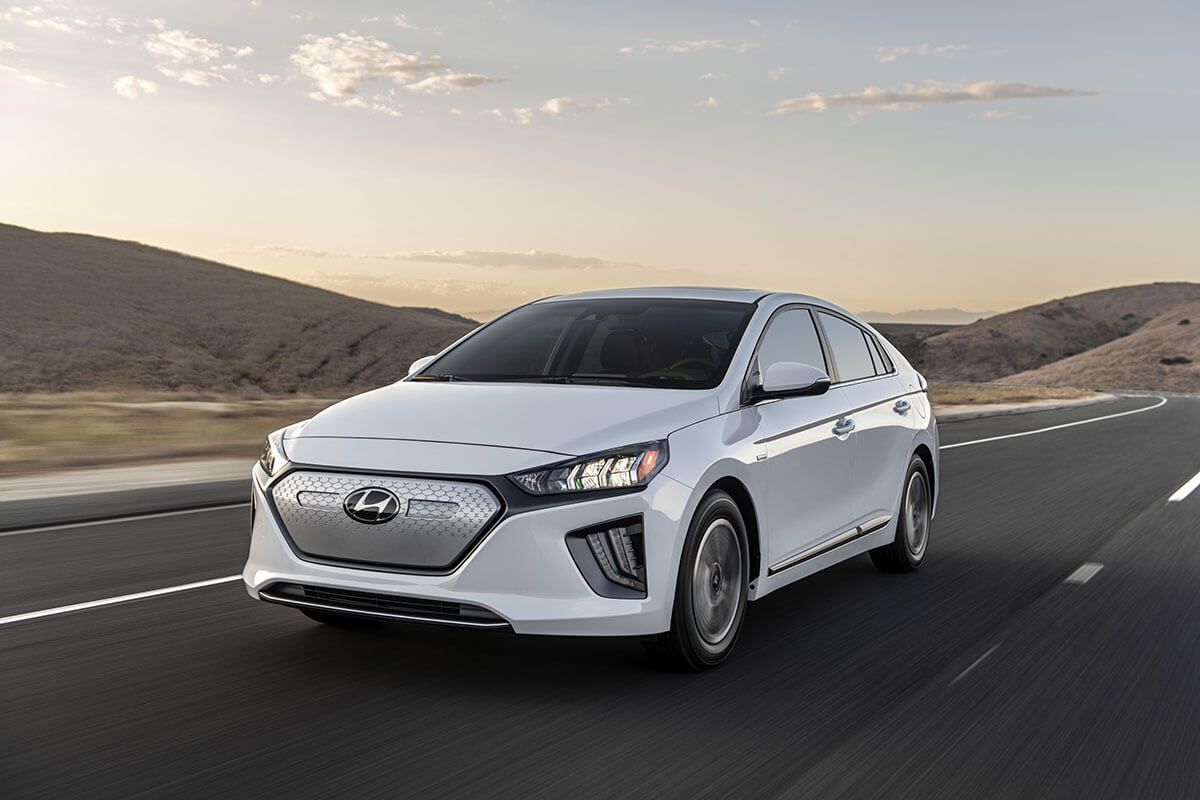 The new IONIQ Plug-in and Hybrid are equipped with the Eco-Driving Assist System (Eco-DAS) to help improve fuel economy. The integrated Coasting Guide analyzes road information from the Navigation system to notify the driver when deceleration (for example change of directions, cross-roads, highway exits) may be imminent. The feature aims to reduce fuel consumption and minimize brake usage. The Coasting Guide can be activated when in Eco mode between 25 and 100 mph. 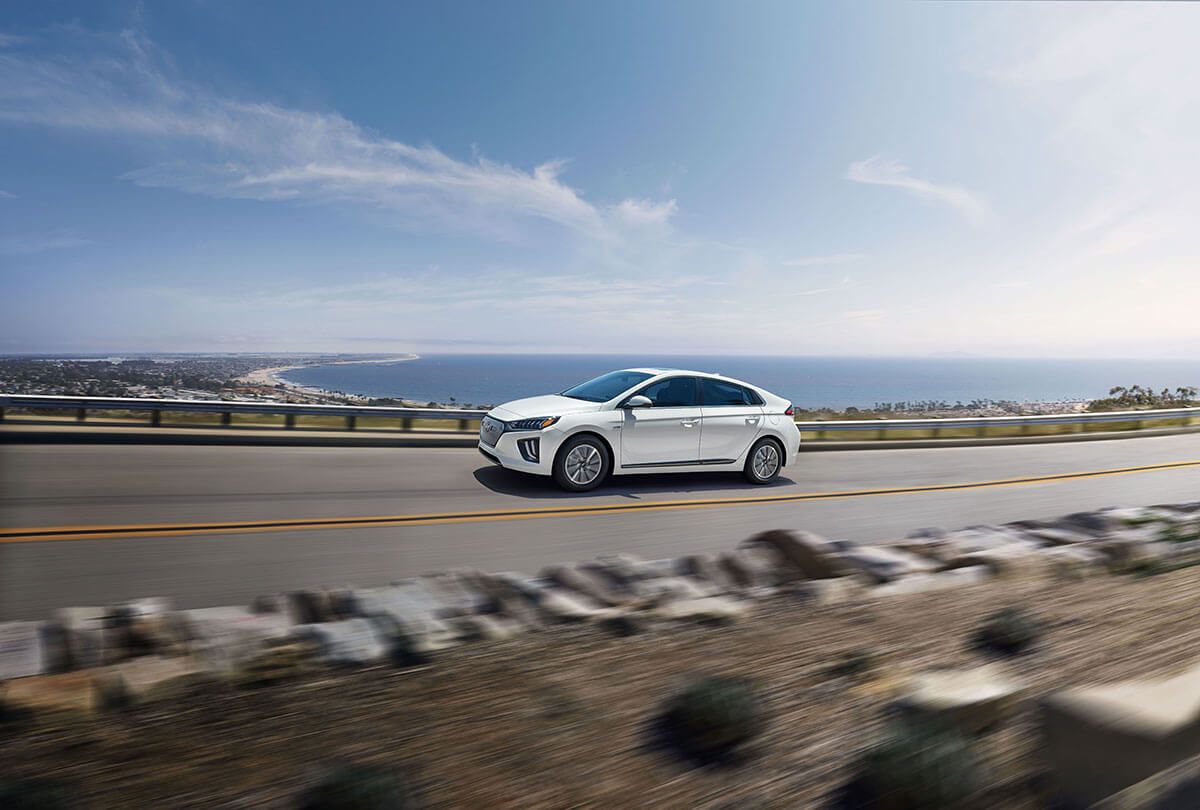 Eco DAS is further equipped with a Predictive Energy Management system, which manages charging and discharging of the battery in uphill and downhill situations to maximize battery usage. When a lack of battery state-of-charge is predicted driving uphill, IONIQ Plug-in and Hybrid increase internal-combustion engine operation to charge the battery. When a sufficient battery state-of-charge is reached during downhill driving, e-motor intervention increases to minimize fuel consumption and further energy is simultaneously recovered through regenerative braking. 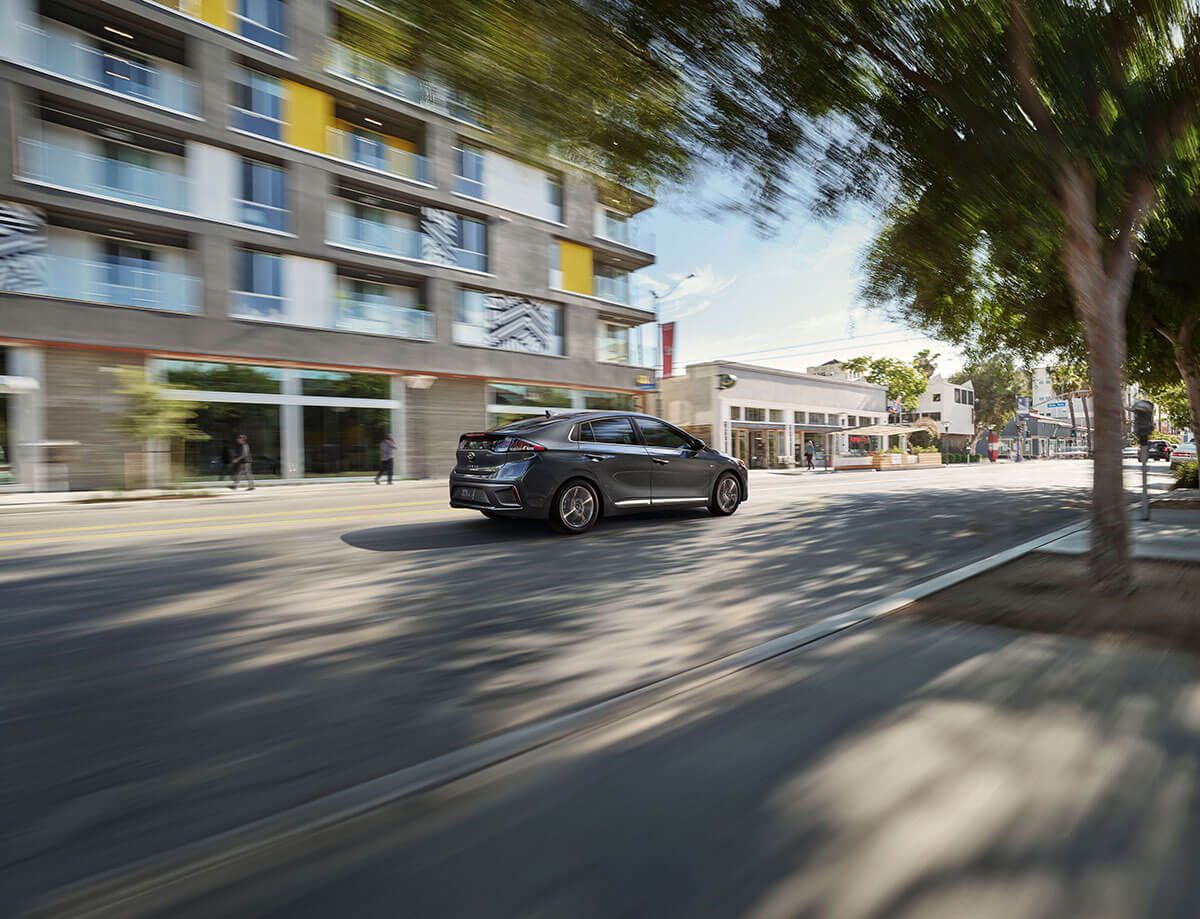 Thanks to IONIQ’s renowned dynamics and performance, drivers of the new IONIQ Hybrid and Plug-in versions can enjoy the fun-to-drive aspect of a well-built electrified car with the responsive shifts from a 6-speed dual-clutch transmission. IONIQ customers also benefit from a low center of gravity due to the low placement of the battery pack, increasing the fun while driving. The hybrid and plug-in versions of the new IONIQ feature Adjustable Regenerative Braking in Eco mode, which allows drivers to select from different intensity levels via the paddle shifters. In Sport mode, the paddles act as manual shifters. 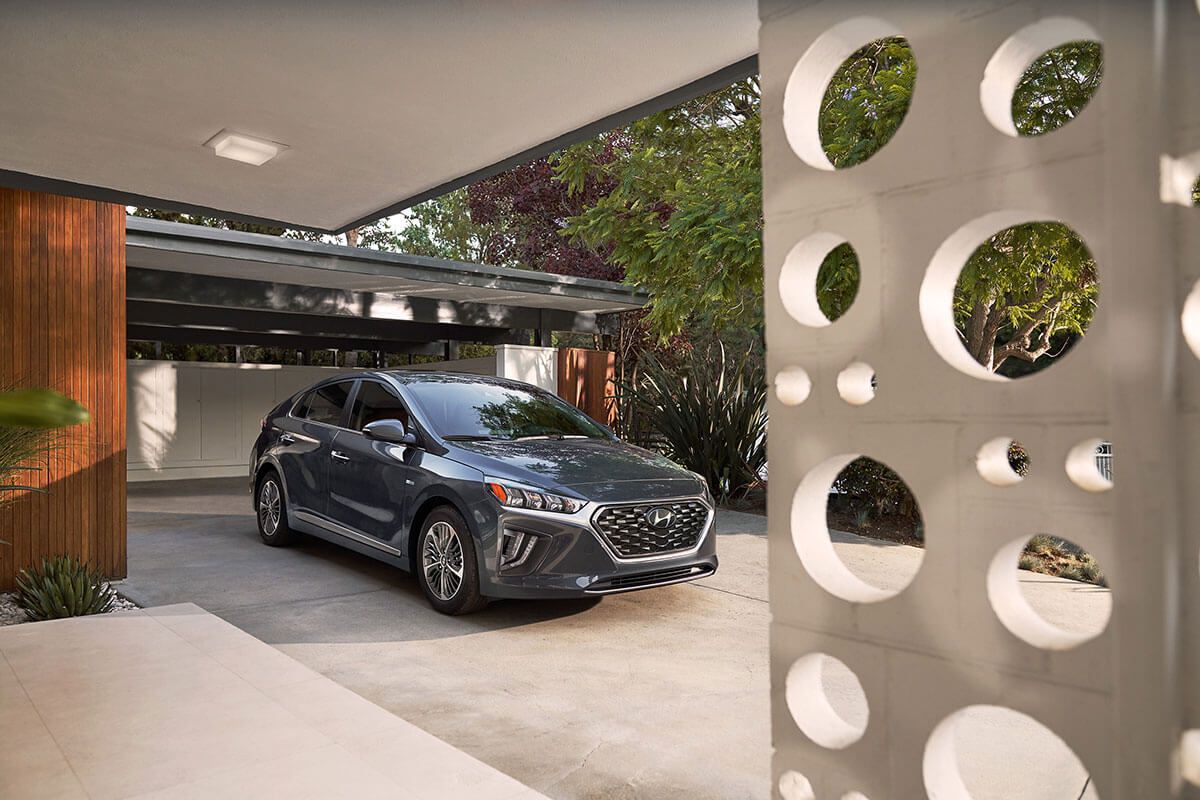 Taking a cue from its similarly innovative Kona Electric sibling, the new IONIQ Electric adopts a 1-pedal driving capability, which allows drivers to stop the car by simply holding onto the left paddle-shift lever with often no need to engage the braking pedal. This maximizes the use of regenerative braking technology. Using Smart Regenerative Braking, the level of energy recuperation is automatically adjusted depending on the road incline and traffic situation in front when coasting. The new IONIQ Electric also features Eco+, which supplements the standard Eco, Comfort, and Sport driving modes. By selecting the Eco+ mode, drivers can reduce their energy consumption and the car’s remaining energy can be extended during unforeseeable emergency situations.