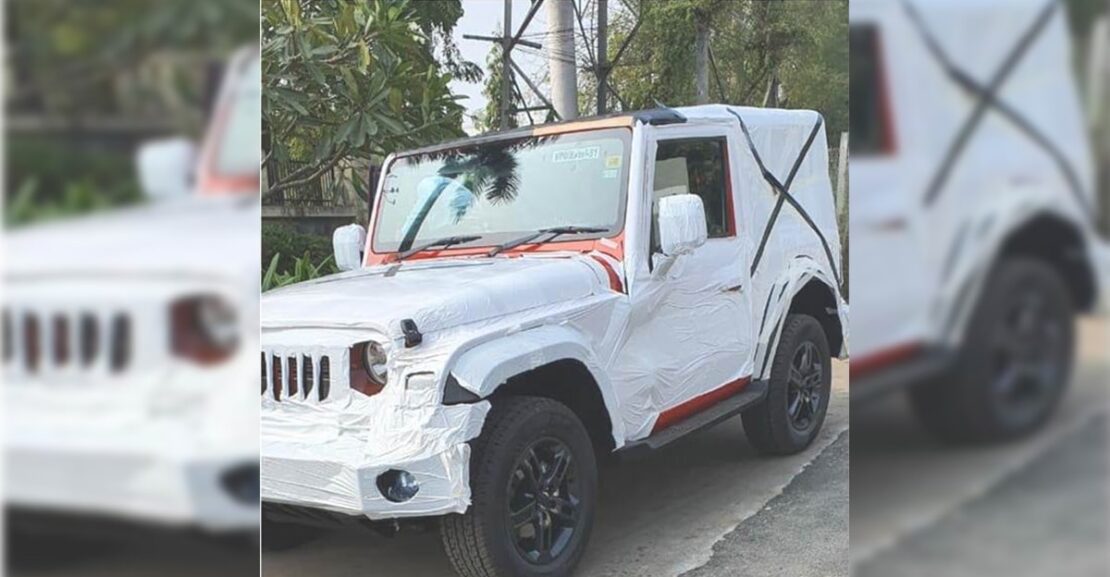 Wearing camouflage, the second-gen Thar has been seen testing on the Indian roads for more than a year now. The new off-roader which is set to be launched sometime later this year has now been spotted with fully production-ready body panels for the first time. A first image of the new-gen SUV – covered with what looks like white plastic usually applied to a newly built vehicle before being dispatched to dealer yards. While the final design is yet to be seen, overall, the next-gen model sticks to its roots while bringing in a lot of new to the off-roader. For starters, Mahindra has opted for a bold and premium looking paint job in combination with contrast black alloy wheels. The 2020 Mahindra Thar appears to be noticeably wider than its predecessor. 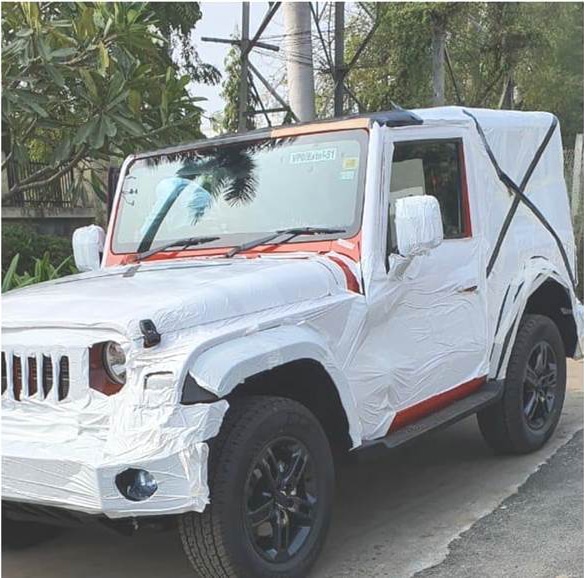 This particular one seems to be equipped with a traditional fabric roof but it is to be noted Mahindra has been testing a hardtop version as well. The second-gen Thar is new from the ground up and features a new chassis and body panels all around. The SUV will come with a BS6-compliant 2.2-liter diesel engine that’s good for around 140hp and is mated to a 6-speed manual. Being a true blue off-roader, higher variants of the new Mahindra Thar will be equipped with a 4×4 system, replete with a low-transfer case. It’s reasonable to assume that ground clearance, approach, and departure angles to be better than those of the outgoing version. The new Thar’s competition includes the all-new Force Gurkha and even the Suzuki Jimny which will eventually be heading into Indian shores.

NEXT 10 May 2020
Nissan Magnite SUV Rendered