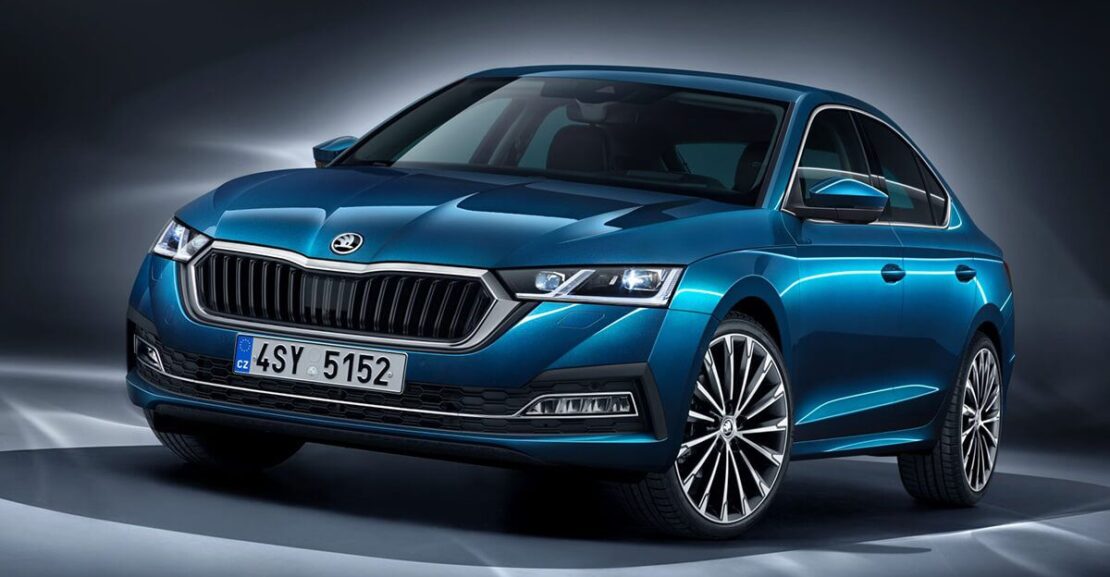 Skoda has revealed the new 2020 Skoda Octavia. Sixty years after production of the Octavia started in 1959, Skoda is now unveiling the best model yet since its re-launch in 1996. The fourth-generation Octavia will continue to be the brand’s heart and engine as well as its top volume model. With more than 6.5 million units produced, it is the bestselling Skoda ever and has been a real icon for many years, both in its Czech home country as well as in numerous other markets around the world. The reasons for this are obvious: it features a modern design and modern technology, it is efficient, extremely practical and high-quality; it offers exceptional amounts of space and superior value for money. 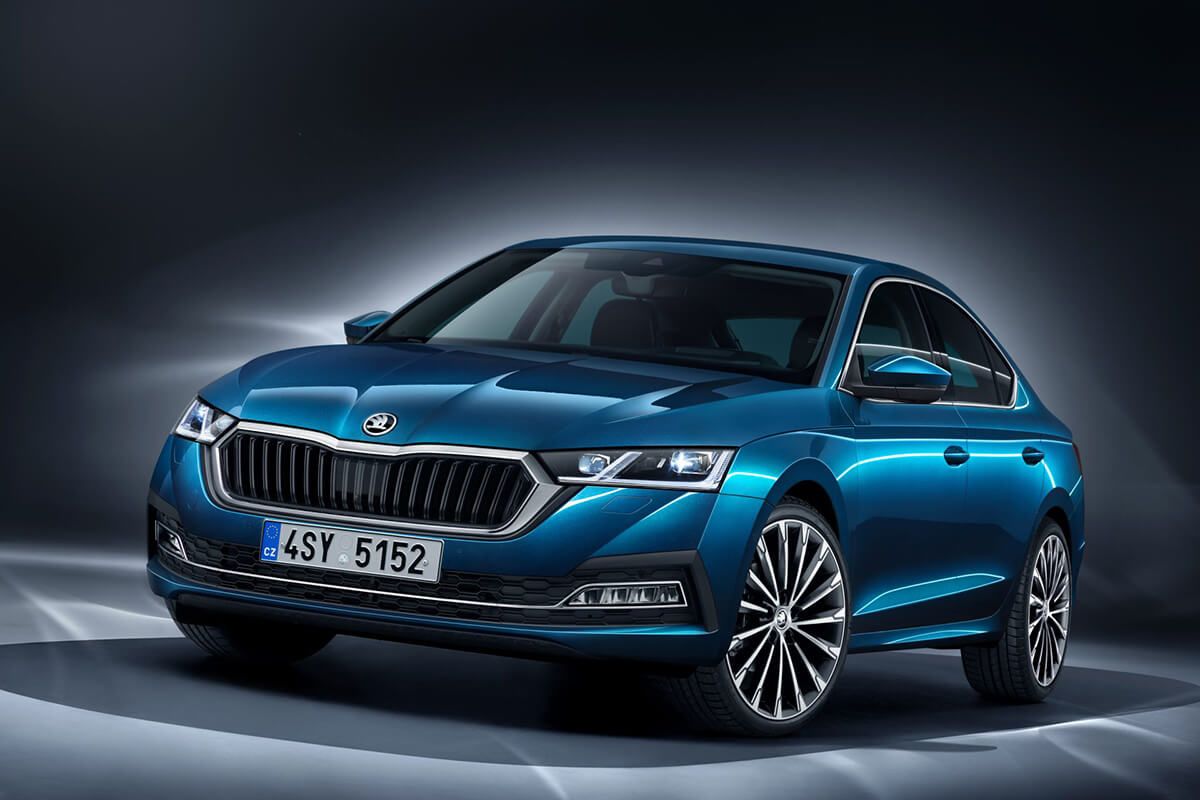 The new Octavia has grown further and, thanks to new proportions and the latest developments in Skoda’s design language is even more emotive and dynamic than its successful predecessor. At a length of 4,689 mm it is 21 mm longer than the previous model. Its width has increased by 15 mm. The boot capacity, which is the largest in the segment, has increased by 30 l to 640 l.

The new front apron and the razor-sharp, narrower, new headlights are a visual delight and feature LED technology for low beam, high beam, and daytime running lights as standard. The tail lights, brake lights, and fog lights make use of LED technology as well. The newly designed, shallow roof rails emphasize the elongated silhouette of the Octavia. Alloy wheels measuring up to 19 inches lend all of the model variants a powerful appearance. Crystal Black, Lava Blue, and Titanium Blue have been newly added to the range of paint finishes; a Chrome and a Dynamic package are optional extras. 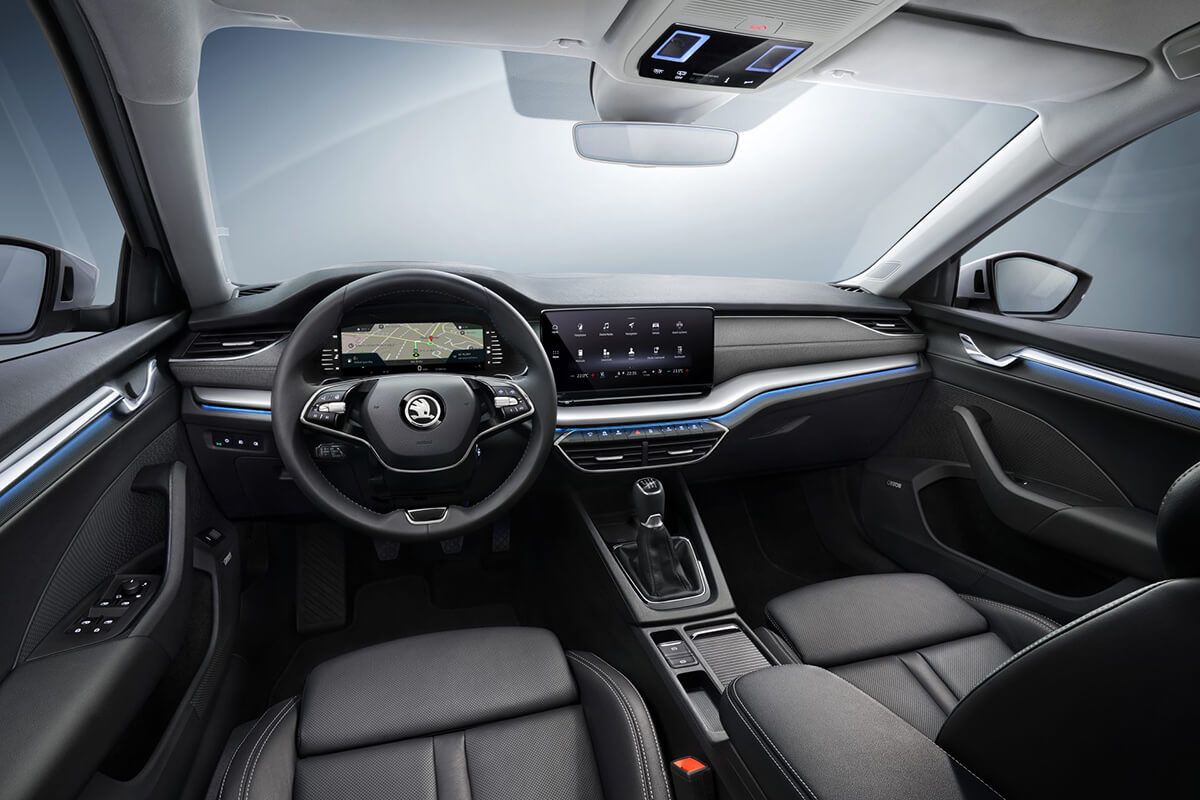 In the newly designed interior, the Octavia offers a new two-spoke steering wheel, which can be heated as an option and – if ordered as a multifunction variant – comes with new control buttons and knurled scroll wheels, allowing drivers to operate a total of 14 different functions without removing their hands.

The dashboard, which has also been redesigned, is modular and has been arranged in different levels, featuring a large, free-standing central display. The centre console is elegant, uncluttered and adorned with chrome details – as are the new door trims and handles. New and soft-touch materials lend the interior a premium look, while the new LED ambient lighting provides a special visual touch for the front doors and dashboard by indirectly illuminating them in a choice of ten different colours – even in a variety of colours if desired. 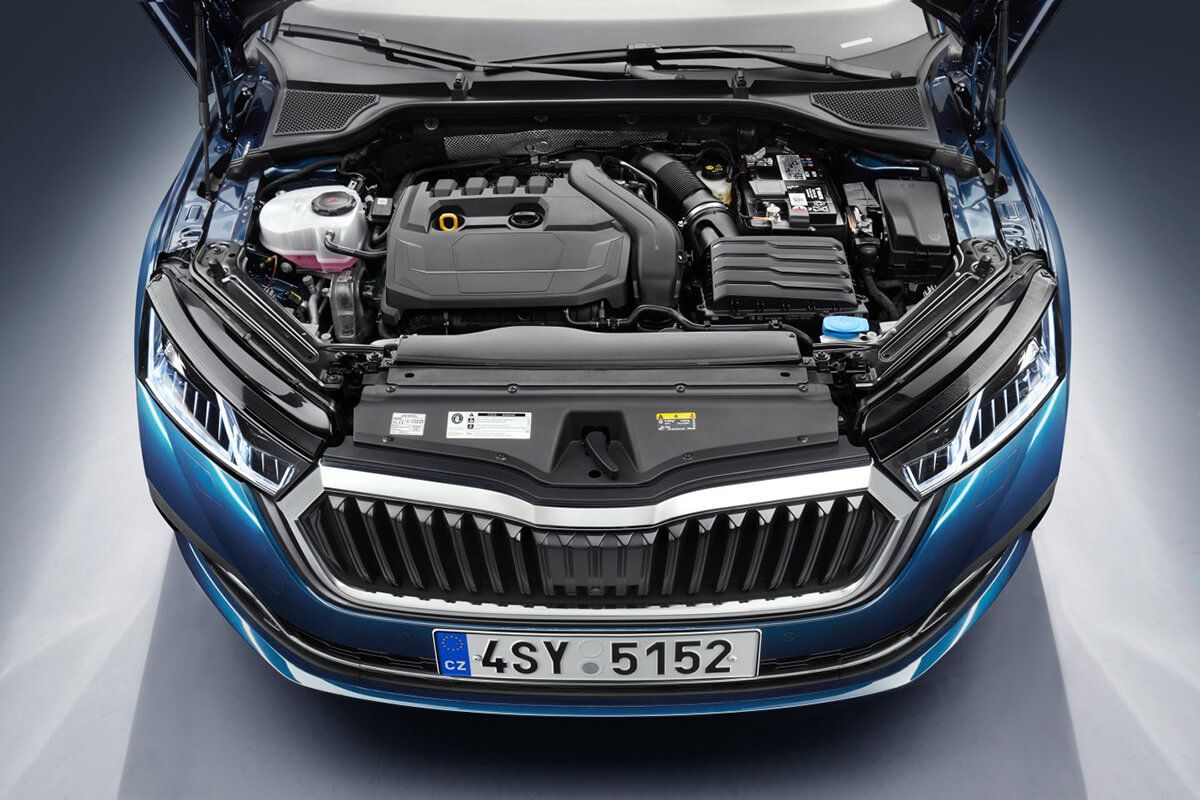 For the first time, the line-up includes a plug-in hybrid, the Octavia iV. Some of the petrol engines, which have been further optimised, are now equipped with innovative mild-hybrid technology, while the diesel engines come from the latest EVO generation and emit up to 80 per cent less nitrogen oxide. The wide range of powertrains delivers from 81 kW (108 BHp) to 150 kW (200 BHp). With 17.7 kg of natural gas (CNG) in its tanks, the Octavia G-TEC can cover up to 523 km in its eco-friendly and efficient CNG mode. In the Octavia iV, a 1.4 TSI petrol engine and an electric motor deliver a combined power output of 150 kW (200 BHp).

With a capacity of 37 Ah providing 13 kWh of energy, the high-voltage lithium-ion battery allows for an all-electric range of up to 55 km in the WLTP cycle. The eTEC variants fitted with latest EVO-generation 1.0 TSI or 1.5 TSI petrol engines feature mild-hybrid technology when equipped with DSG. The new Octavia is the first Skoda ever to use shift-by-wire technology for operating the DSG, which electronically transmits the driver’s gear selection to the transmission. In place of the familiar DSG lever, there is, therefore, a new control module located in the centre console with a small rocker switch for selecting the drive modes as well as a button for the parking mode.