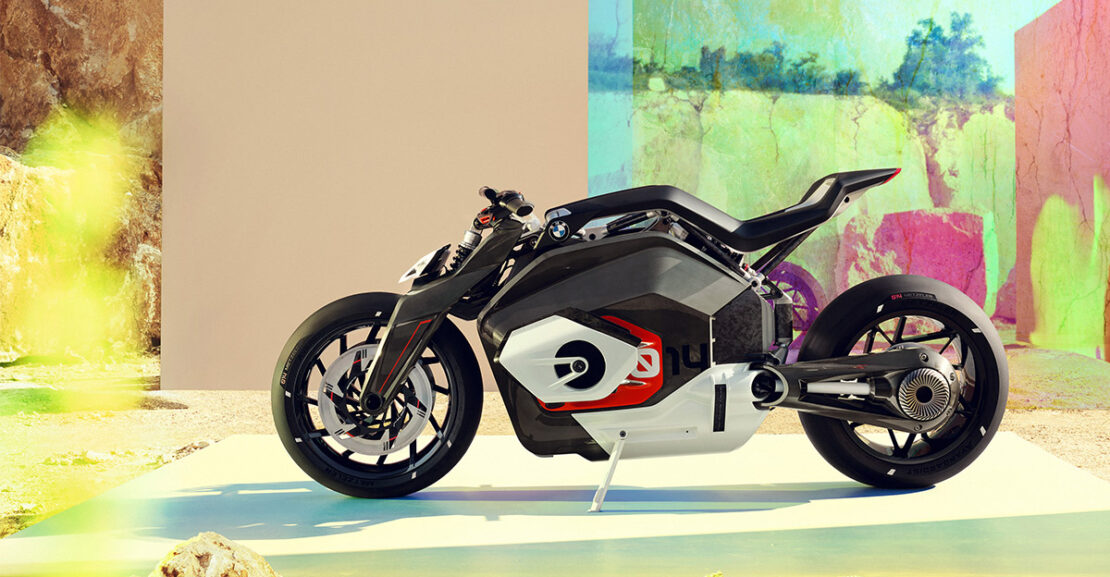 For more than 90 years, the 2-cylinder boxer engine has been a key element of the BMW Motorrad identity, in both technological and visual terms. But as the entire world is moving towards electric propulsion, the BMW Group also consistently pursues electrification. The question arises, however, in the minds of everyone, what would an all-electric motorcycle from BMW look like? One possible answer to this question is provided by the BMW Motorrad Vision DC Roadster, a naked bike with electric drive. 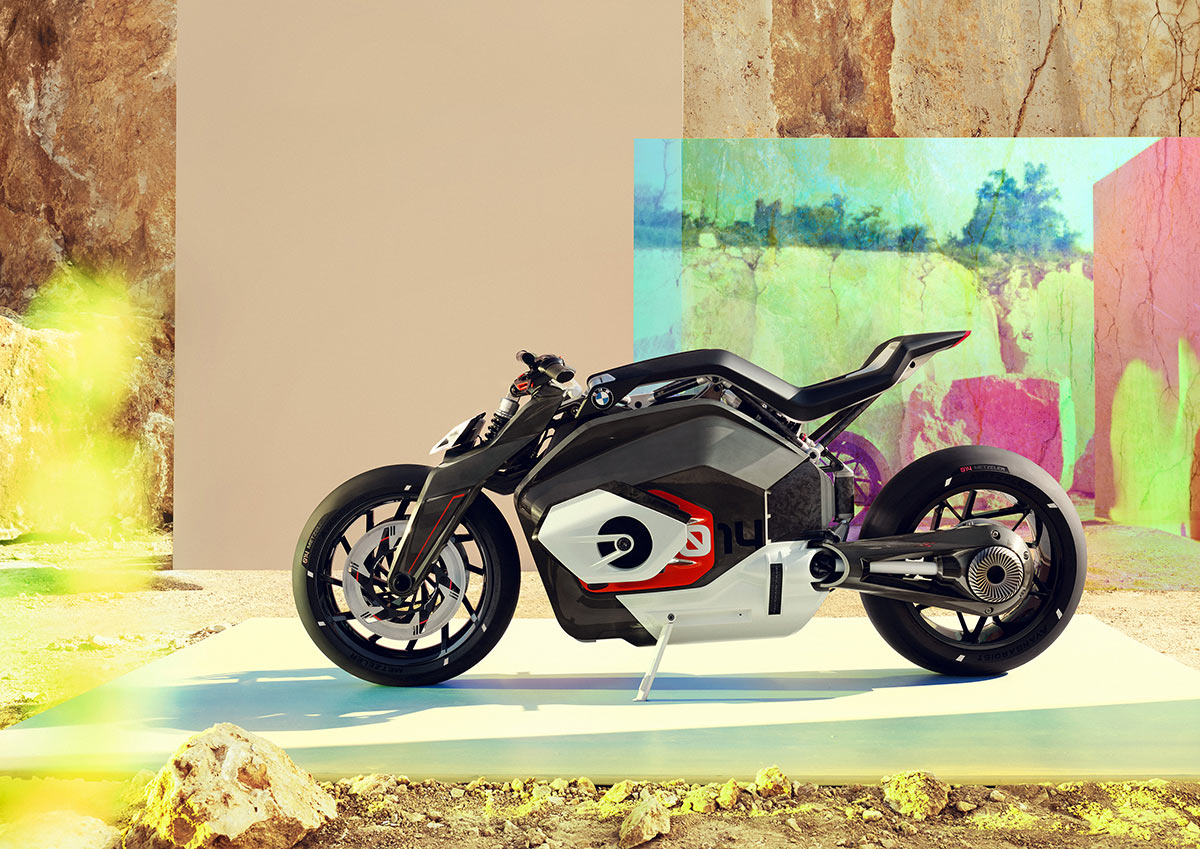 In a motorcycle, the motor is the centerpiece – it is the fundamental element, providing the basis for the entire architecture. While in a conventional motorbike the size of the engine is mainly determined by its capacity, it is the battery that takes up most space in the case of an electrically powered vehicle.  the BMW Motorrad Vision DC Roadster is able to make this transfer – retaining the iconic appearance of a boxer while filling it with a new function. This is why the Vision Bike is instantly recognizable as a BMW motorcycle.

Replacing what would previously have been the engine, there is now a vertically fitted, longitudinally oriented battery. For cooling purposes, two side elements protrude with cooling ribs and integrated ventilators. The cylinder-shaped electric motor is positioned underneath the battery and is directly connected to the universal shaft. In the side view, the BMW Motorrad Vision DC Roadster presents a highly dynamic gesture with clear front-wheel orientation. The low front section and the short, high rear convey a sense of agility. Instead of the fuel tank, a flat, finely-wrought tubular structure spans the vehicle corpus. Its further shaping integrates the seat in a modern form, thereby creating the fly line of a sporty roadster. The frame structure is a key factor in defining the dynamic side view.

The large battery with its laterally protruding cooling systems is positioned at the center of a frame milled from aluminum. The three-dimensional surface finish on the battery trim conveys a contemporary aesthetic appeal with its precise contours. The cooling elements echo the slight forward tilt of the battery silhouette, giving the side a dynamic momentum. When starting the electric motor, these cooling elements move out slightly, indicating that the bike is ready to go.

The overall appearance of the BMW Motorrad Vision DC conveys a sense of lightness so as to emphasize driving dynamics. Elements such as the seat and the cooling system appear to hover around the battery. On the frame itself, lengthwise milled grooves create a fascinating visual effect, reducing the perceived volume and highlighting the bike’s longitudinal dynamics.  High-tech materials such as carbon fiber and aluminum reduce the overall weight and give the BMW Motorrad Vision DC Roadster a technical aesthetic. Meanwhile, red contrast elements and brushed aluminum at selected points such as the battery, frame, and cool systems emphasize the bike’s innovative geometry.

BMW Motorrad hasn’t released any official statements as to if the motorcycle will go into production, but if this is the future of electric motorcycle, then we are so ready.