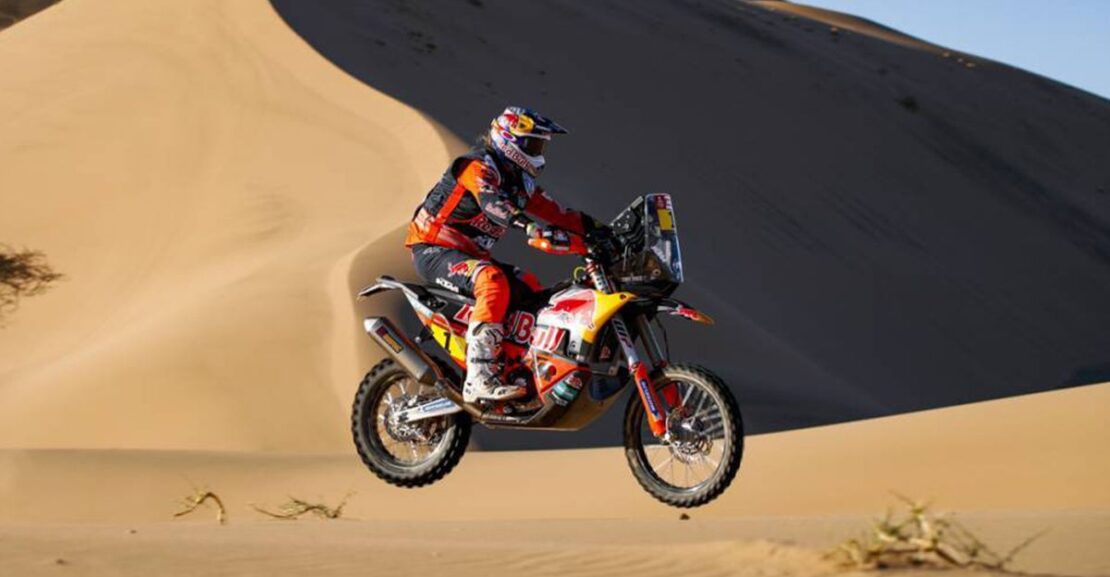 Maps can be deceiving at first sight. What seemed an essentially coastal course turned out to be a surprising hodgepodge of terrains for competitors in the first stage of the Dakar. Even the last two winners of the Dakar, Nasser Al-Attiyah and Carlos Sainz, along with defending SSV champion “Chaleco” López, were blindsided by the rocky sectors near the end of the stage, leading to punctures that cost them several minutes apiece.

Toby Price started 2020 picking back where he had left off in 2019 —with a stage win that made sure his opponents heard him loud and clear. The Australian with race number 1 is in no mood to relinquish his throne in Saudi Arabia. However, at only two minutes back, Ricky Brabec seems more than capable of taking the fight to KTM, unless Matthias Walkner (third today) goes back to his winning ways. 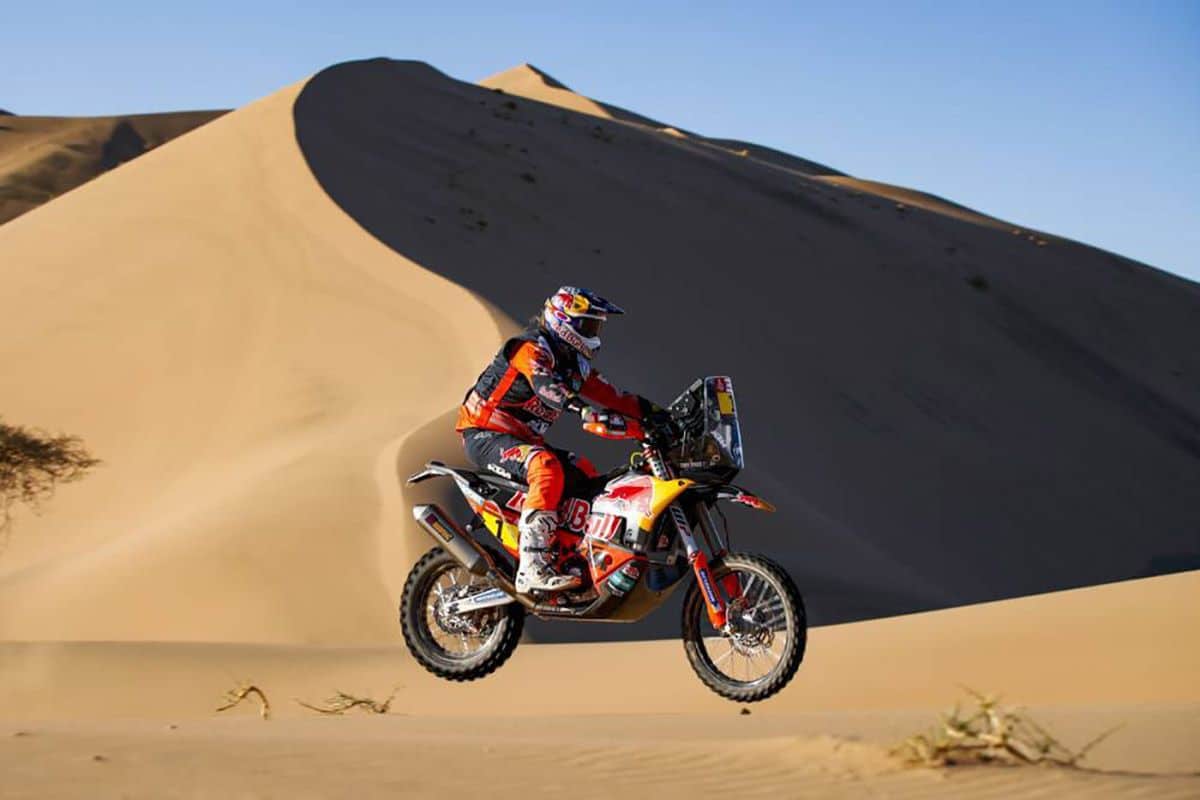 This year’s edition could be a bumper crop for Ignacio Casale, who showed that time has not blunted his edge in his return to quads, while Vaidotas Žala stunned the favourites to score an upset win in the car category. Stéphane Peterhansel, Carlos Sainz and Nasser Al-Attiyah are still within striking distance, unlike Jakub Przygoński, who was knocked out of contention for the general classification just a few kilometres into the race. Meanwhile, Aron Domżała defied the odds to claim his maiden Dakar stage win in Al Wajh and take over the lead in the SSV category. Finally, Kamaz found strength in numbers in the truck category, with Anton Shibalov becoming the first leader of the rally.

Vaidotas Žala’s debut in Saudi Arabia was not just a tour de force, it was a performance for the ages. The varied terrain and fiendish navigation of the inaugural stage appeared to rule out any surprises, but instead it witnessed the rise to fame of the newly crowned Lithuanian rally world champion. At the wheel of an X-Raid Mini, the 32-year-old added his name to the list of Dakar stage winners and proved that his auspicious 12th place in 2019 was no fluke. 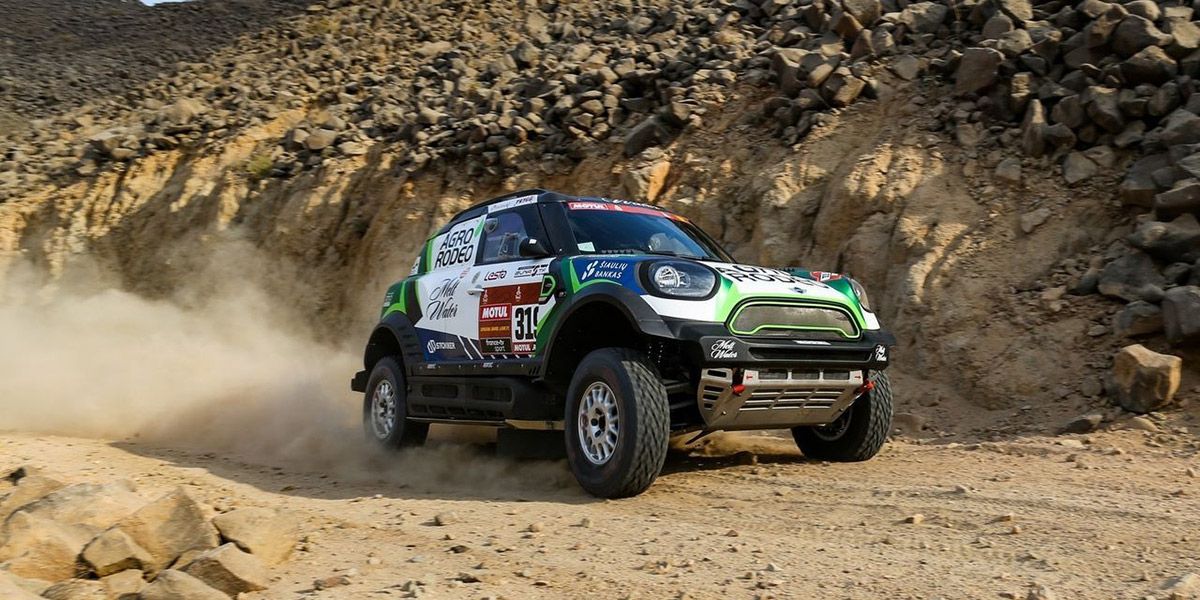 Romain Dumas was expecting so much more from his third participation in the Dakar. After a 2017 edition filled with promise for the three-time winner of the 24 Hours of Le Mans (8th), the Frenchman had worked hard to make his RD Limited more competitive and pursue loftier goals in Saudi Arabia. However, it was precisely his machine that let him down, as his DXX based on the Peugeot 2008 DKR went up in flames after just 65 km of racing. So infuriating!

The number of stage wins by Ignacio Casale —the first quad rider to achieve this feat. The Chilean made a triumphant return to the category he had left in 2018… with a victory! Now this is what we call picking up where we left off. 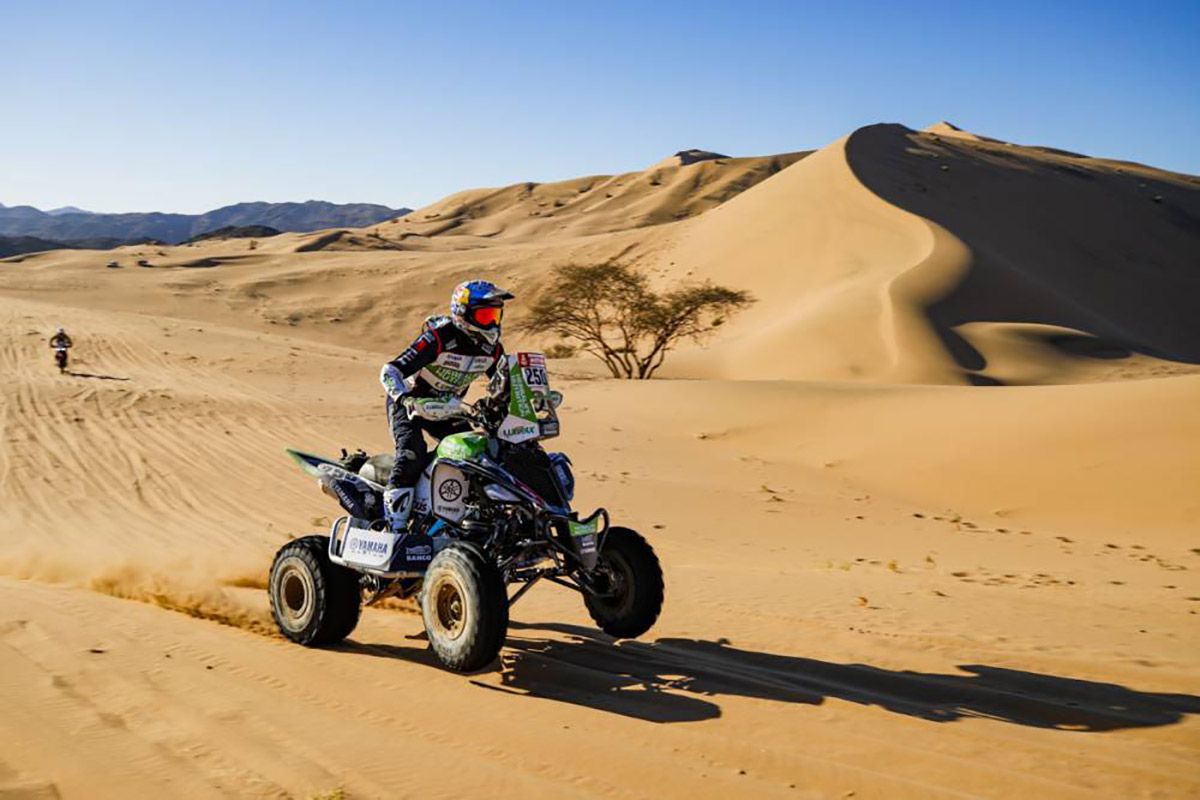 Toby Price: “My roadbook walked out on me after 15-odd kilometres, so it was strange. I was quite lucky in one way because I managed to follow on some dust and just keep up with the guys. Once the road book is gone, then you’re pretty much driving blind. At the moment it looks good on paper, but I think we have a bit of a penalty coming. It’s not the greatest start, but it’s still a long rally to go. We’re in good shape, we feel good on the bike and we’re happy.”