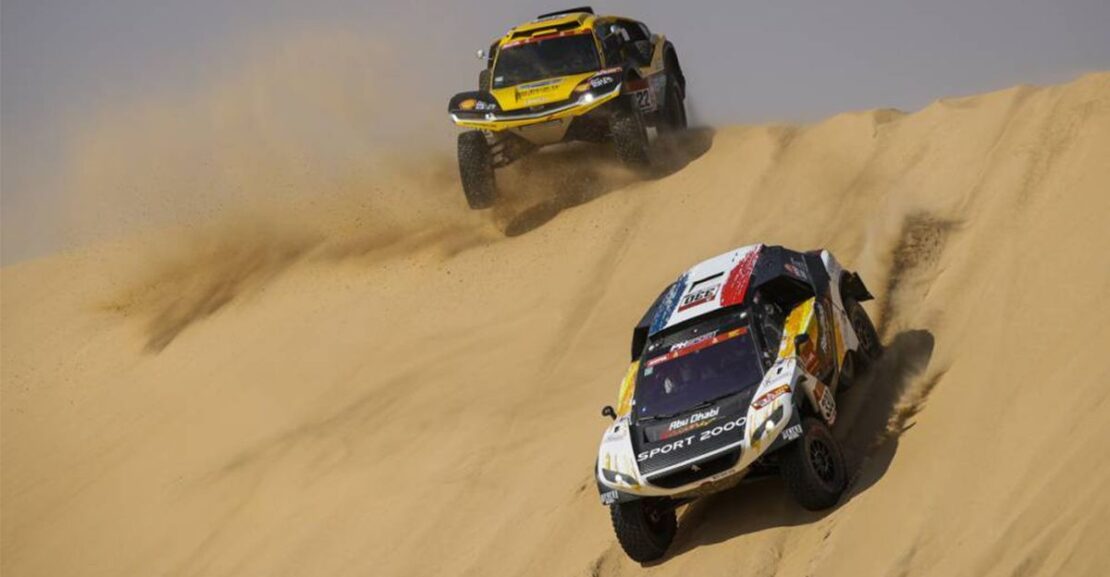 Although Joan Barreda grabbed his first victory in this year’s rally on completion of a shortened stage in Shubaytah, the Spaniard must feel hopeless to thwart the supremacy of his team-mate Ricky Brabec, who again increased his lead in the general standings. In the car category, on the evening of the marathon stage, the race hierarchy is more distinctly dominated by Carlos Sainz again, following the navigational mishaps of Nasser Al-Attiyah and Stéphane Peterhansel. 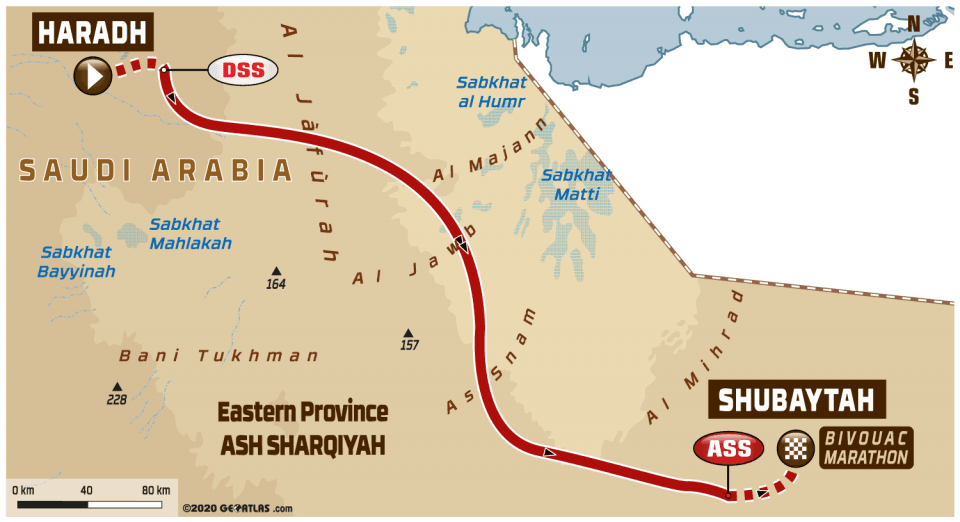 Following the splendid stage victory achieved by Mathieu Serradori on Monday, another French amateur hogged the limelight on the way to Shubaytah thanks to the fine fourth place obtained by Pierre Lachaume. 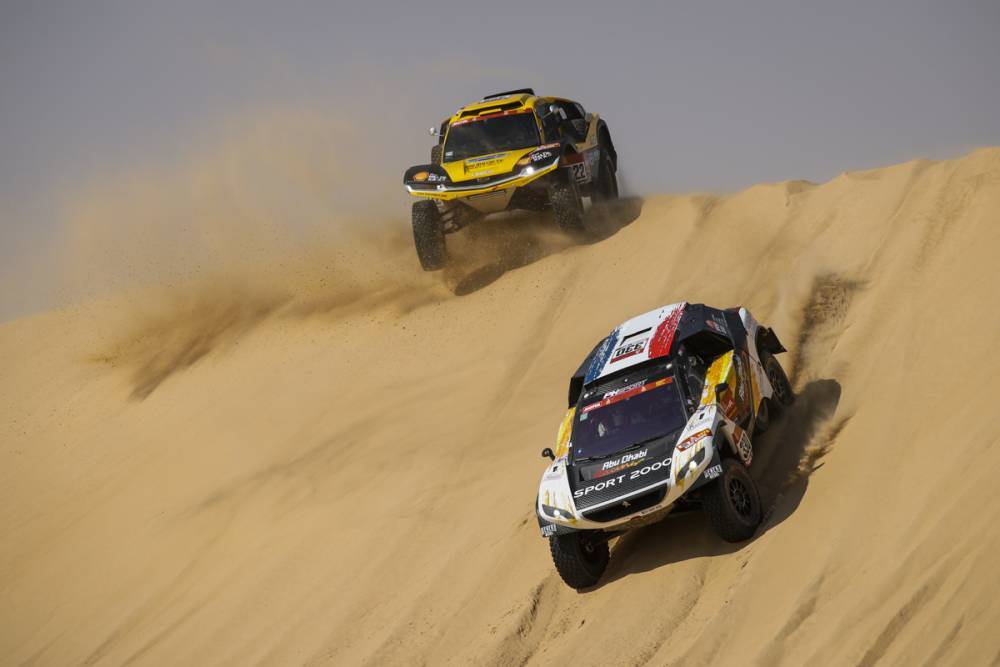 It should be pointed out that the boss of the Sport 2000 chain of shops is starting to get to know his Peugeot 2008 DKR very well and that he learned the ropes with the best when he was part of the same PH Sport team as Sébastien Loeb on the last Dakar in Peru. This has allowed him to fulfill his initial goal of entering the top 10 in the general standings, just two days from the finish.

Chaleco López was still in the reckoning to defend his title with second place in the SSV general standings this morning, twenty-some minutes behind Casey Currie. However, he has perhaps lost all hope following greater complications than expected when changing a wheel after a puncture at the start of the special.  The Chilean lost almost one hour to the stage winner and drops down a place in the general standings. Yet, the main problem is particularly the gap that now separates him from the American rally leader two days from the end of the race: 1 hour and 15 minutes.

With 7 different nationalities riding the first 10 bikes to finish the day’s special, the Dakar is more cosmopolitan than ever. The top ten contained an American, two Chileans, a Spaniard, an Australian, an Austrian, two Argentineans and a Slovak, though not necessarily in that order. There are no French riders in this list and if the situation continues, it will be the first time in the rally’s history that the founding country will not be represented in motorcycling’s elite. However, Adrien Metge, in 12th position, twenty minutes behind the 10th placed Svitko, could still creep into the top 10… 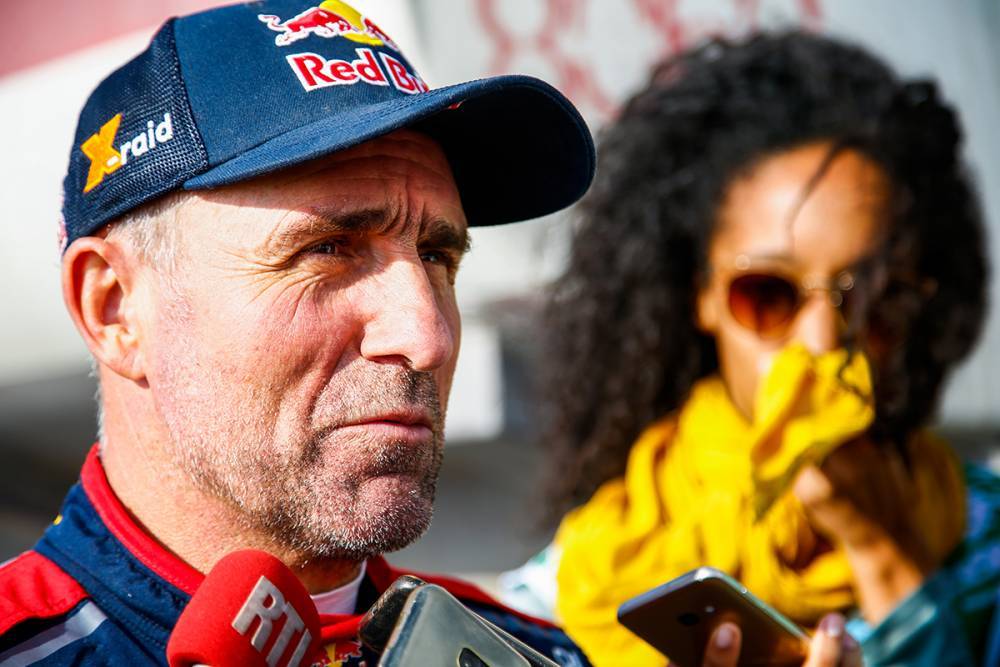 Stéphane Peterhansel: “Today was not a really good day for us. We started first this morning and we got lost just twenty kilometers before the end of the stage. We turned around 8 or 10 minutes before we found the right track. Nasser lost a little bit more, but Carlos and some other drivers were really lucky because they arrived just when we found the right way and then for them it was easy to follow us. At the end, we finished together. I think that it was really good because Carlos has been leading since the beginning, he is really fast and now he has a gap over Nasser. For the victory for the team it’s more comfortable, for sure”.

NEXT 16 Jan 2020
GV80, The Luxury Flagship SUV From Genesis Debuts In Seoul