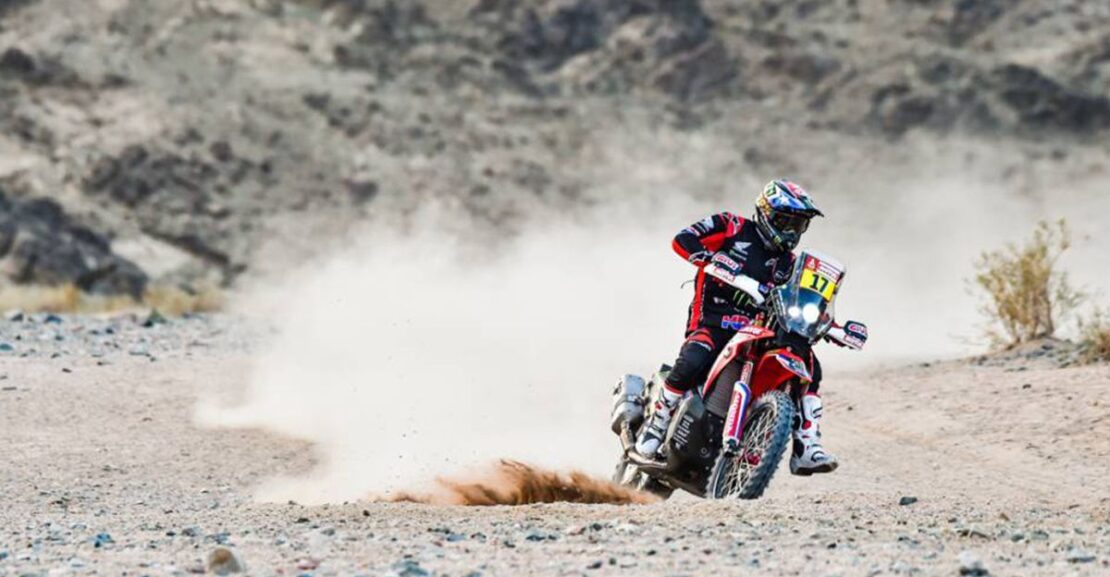 Departing Neom for Al-ʿUla means leaving behind the city of the future to discover the ancient wonders of the master builders of the Nabatean civilization, who knew how to cut out temples in rocks two millennia ago. The sites peppered with a hundred temples are, of course, out of the reach of the Dakar competitors. However, even getting close to this area has taken a titanic effort. 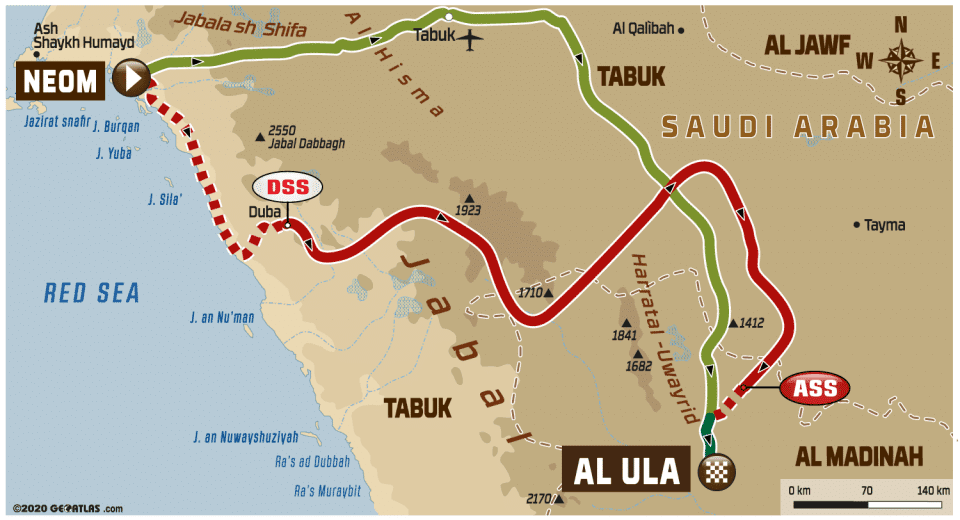 Riding at altitude in the early morning, bikers had to overcome the mountain chill, but especially the rocky terrain and a crossing of the Harrat al ‘Uwayrid volcanic region, where any navigation mistakes take a heavy toll. Al-ʿUla saw José Ignacio Cornejo take his first Dakar stage win and Stéphane Peterhansel add the 77th one to his tally.

Ever since he signed with the factory Honda team almost by sheer luck three years ago, José Ignacio Cornejo has proved that he deserves a place in HRC. The Chilean continued his progression by claiming his maiden stage win in Al-ʿUla, working together nicely with his teammates Ricky Brabec and Kevin Benavides to overcome the challenging navigation. 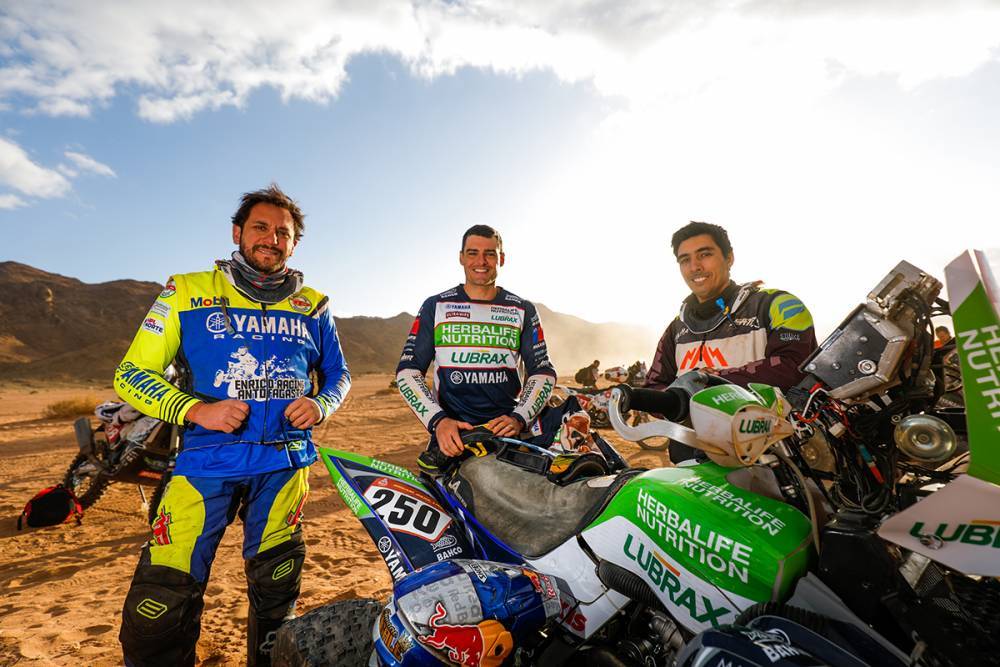 Meanwhile, Chile’s Ignacio Casale extended his dominance in the quad category with his third victory in four days, which also padded his overall lead. After four stages, Stéphane Peterhansel finally got to celebrate a win in the car category, clawing back enough time in the process to gain back lost ground in the general classification.

Nasser Al-Attiyah and Carlos Sainz rode conservatively to defend their positions from the onslaught of “Mister Dakar”. Youth carried the day in the SSV race, with 23-year-old American rookie Mitchell Guthrie taking the spoils by just 19 seconds. Among the juggernauts, Anton Shibalov claimed his second victory in 2020, but his teammate Andrey Karginov was the big winner of the day after wresting the overall lead from Siarhei Viazovich.

Racing in a car for the second time after three editions on a motorbike, Mathieu Serradori is proving to be one of the break-out stars of the Dakar. The Frenchman at the wheel of a Century buggy, which has not had as much time and money sunk into it as the factory Minis and Toyotas, has turned in an impeccable performance from the start despite the challenging navigation and took another top 5 finish in Al-ʿUla, rocketing up to sixth place overall in the process. In fact, Serradori and his Belgian co-driver, Fabien Lurquin, are within three minutes of the top 4 right now… 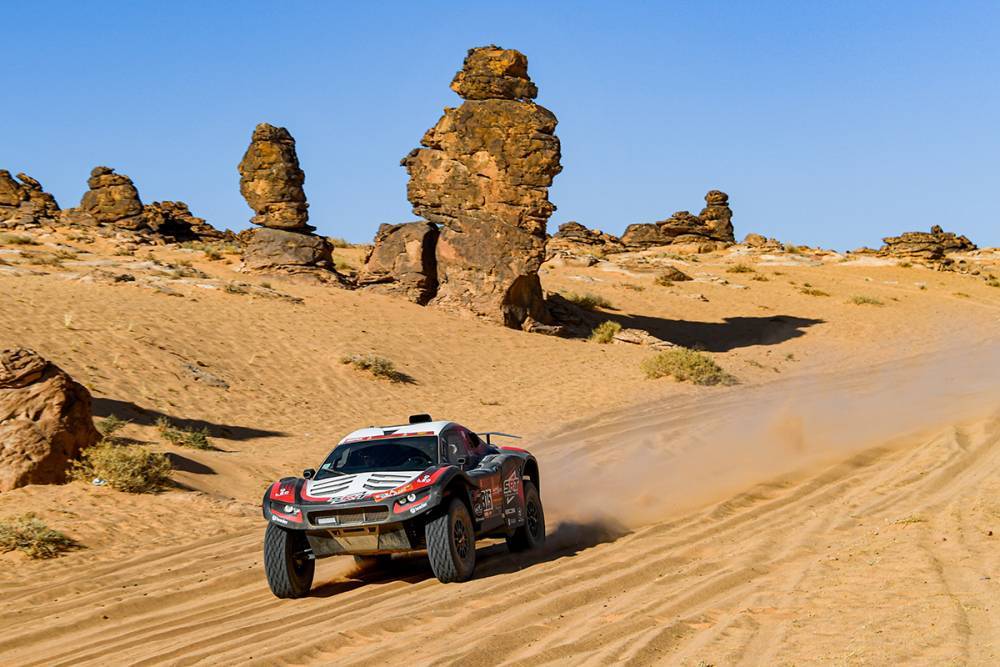 Just one day after teammate Adrien Van Beveren tumbled out of the race in a spectacular crash, today was Xavier de Soultrait’s turn to throw in the towel and forget about standing on the final podium in Qiddiya. 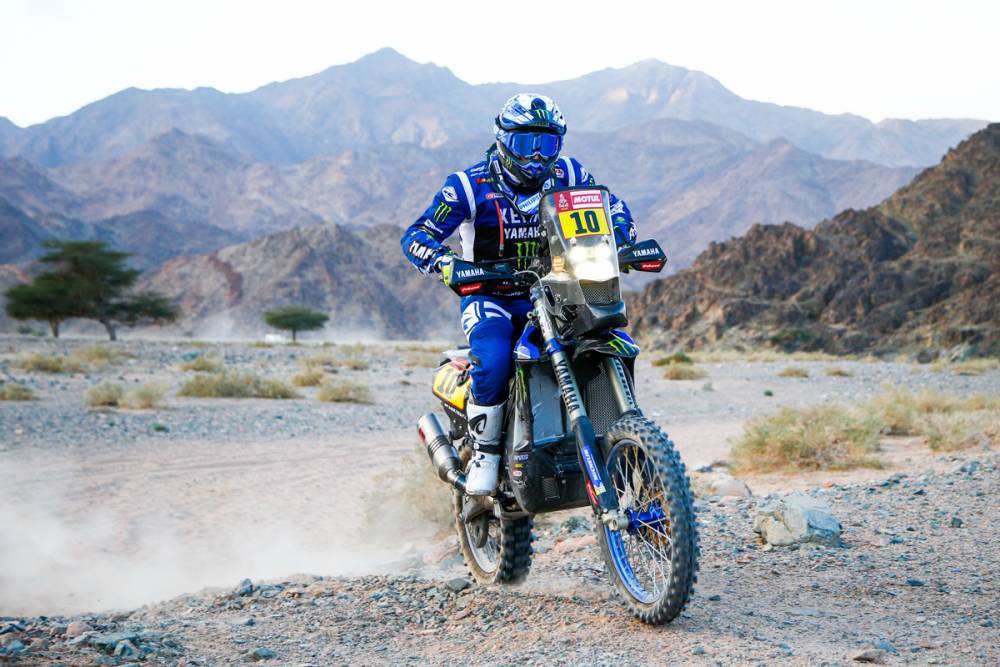 Still hurting from a crash near the end of stage 3 that left him with several stitches and a bruised right wrist (damaged nerve), the Frenchman soldiered on for 300 km on the way to Al-ʿUla before giving up. It is a serious blow for Yamaha, which have lost their two best riders in as many days.

Two days after Giniel De Villiers, Stéphane Peterhansel became the second man to win Dakar stages on three continents. The Mini driver, who won six editions of the Dakar on a motorbike and three in a car in Africa in the 1990s and 2000s, went on to claim another four overall victories in South America. In just over a week, he could become the first and only person to win the Dakar on three continents!

José Ignacio Cornejo: “The first part was really fast, so it took me 220 or 240 kilometres to catch Ricky. We then took turns opening the track. I think we did a great job, it was physically and mentally exhausting. We won’t be forgetting this stage any time soon because some parts were so rocky that we thought we were going the wrong way.” 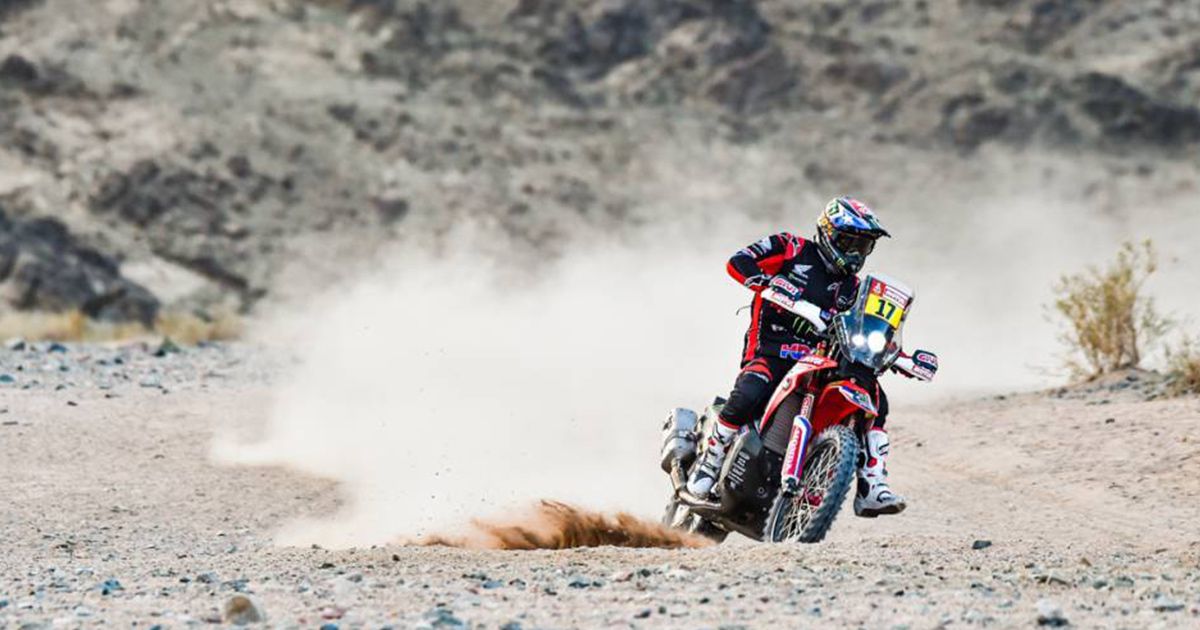