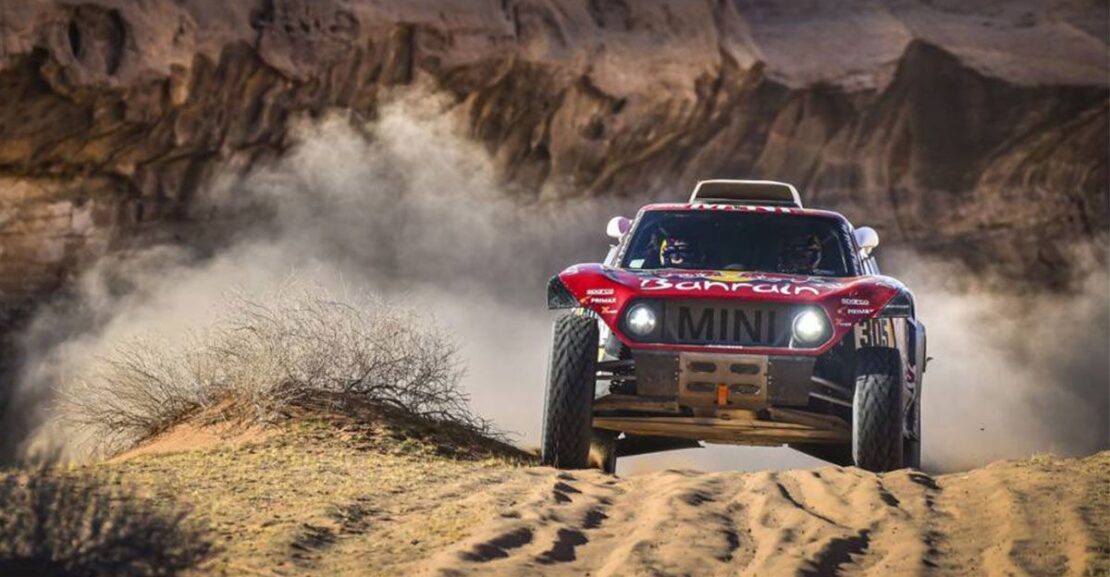 Shaken by his rivals over the last few days, Toby Price reacquainted himself with success to climb back up the general standings, which are still led by the very consistent Ricky Brabec. Just like the title holder in the bike category, Carlos Sainz picked up his second stage victory of the year whilst pushing Nasser Al-Attiyah and Stéphane Peterhansel back by a few extra minutes. 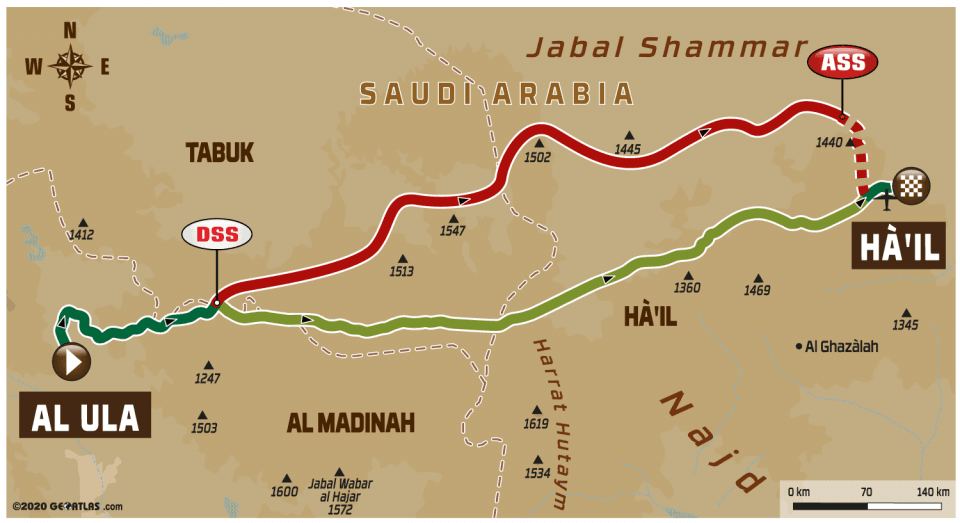 On leaving Al Ula this morning, the riders, drivers and crews of the Dakar threw themselves into a genuine exercise of dexterity. Over 150 kilometres, the mainly sandy terrain forced them to be extremely watchful due to several rocky sections. They then reached the high plateaux of Jabal Sammar at an altitude of almost 1,500 metres, where in fact the hills to be tackled were often a series of tricky steps to be climbed. 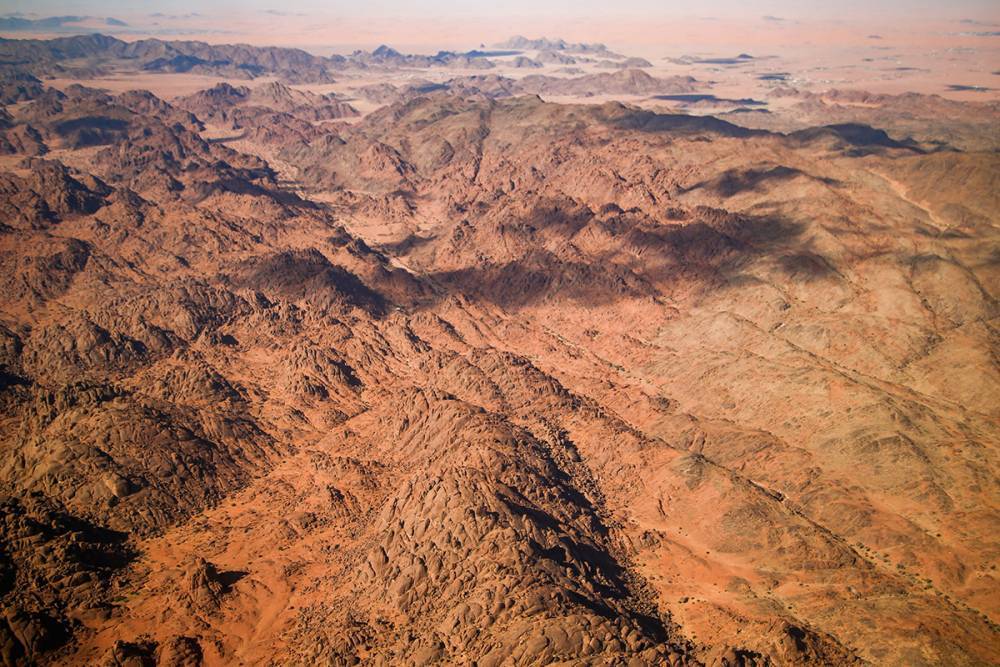 The Rally of Ha’il is the most prestigious and oldest event in the country, on which Saudi riders and drivers have been battling against each other for more than ten years, making it a necessary stopping point for the first Dakar in Saudi Arabia! 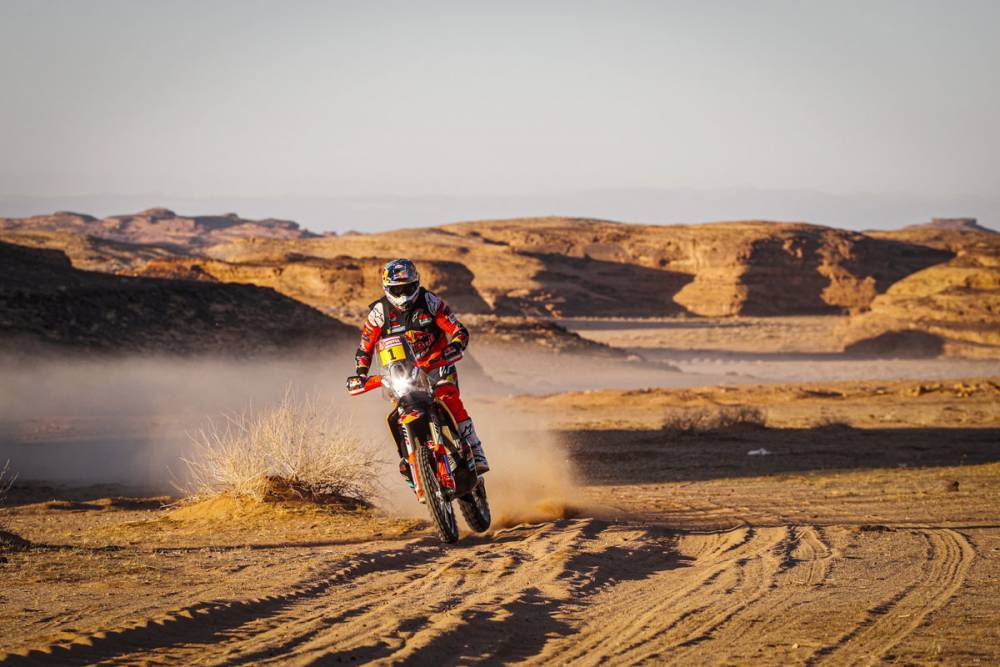 Four days after his victory on the opening stage of the Dakar, Toby Price did it again with style. The titleholder beat the Husqvarnas ridden by Pablo Quintanilla and Andrew Short, taking advantage of the problems encountered by Kevin Benavides and Jose Ignacio Cornejo to climb to second place in the general standings, which are still led by the very solid Ricky Brabec. 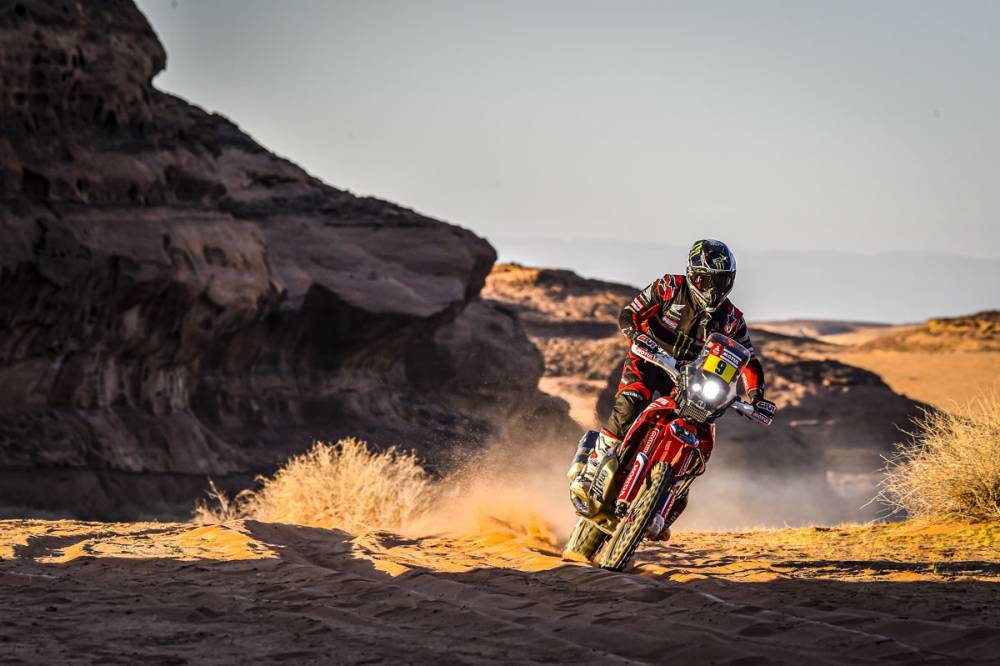 In the quad race, Romain Dutu picked up his very first stage victory on the Dakar after a splendid duel with his countryman Alexandre Giroud, although this did not disrupt the domination of Ignacio Casale in the general standings. 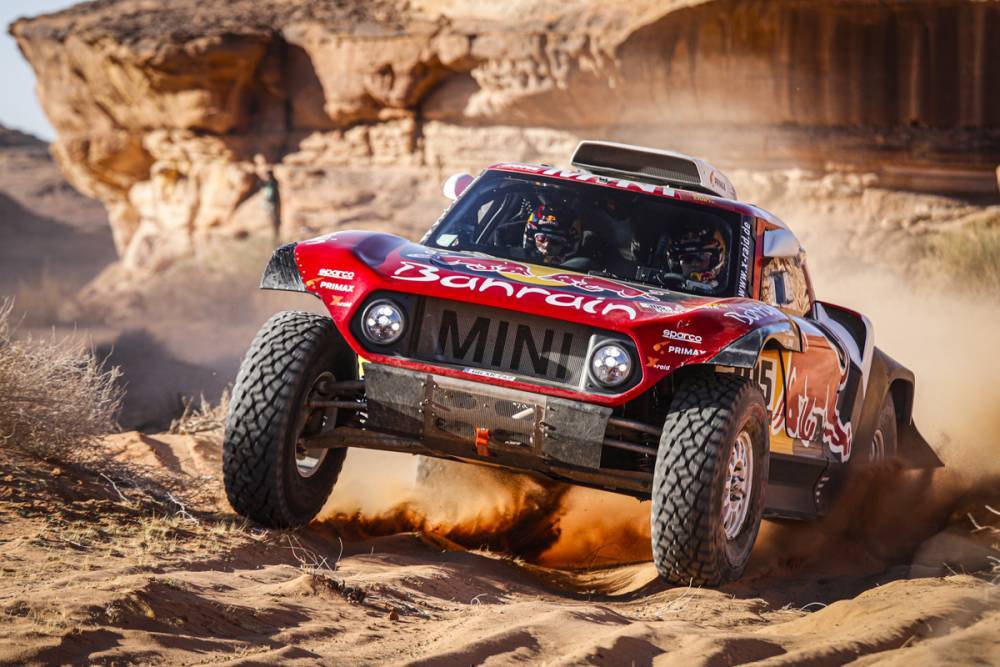 In the equivalent classification for the car category, Carlos Sainz, who was at his best today, now firmly leads, gaining an extra 3 minutes on his fiercest opponent, Nasser Al-Attiyah. In third, Stéphane Peterhansel still lies in wait, ready to take advantage of the slightest weakness shown by his two rivals. Cyril Despres and Mike Horn resumed the race within the framework of the Dakar Experience after having broken their engine two days ago to win their first stage in the SSV race, just 41 seconds ahead of Aron Domzala. 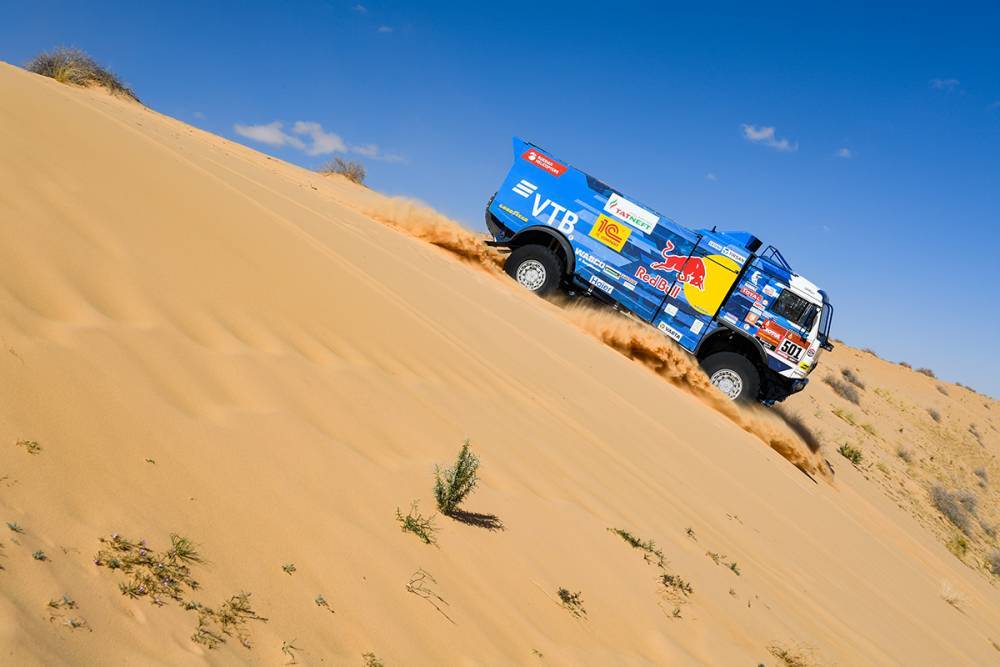 In the truck category, Dmitry Sotnikov obtained his first victory of the year ahead of his team-mates Anton Shibalov and Andrey Karginov to make it a 1-2-3 for Kamaz!

By winning his first stage on his debut in the SSV category on the Dakar, Cyril Despres also became the first competitor to win a stage in three different categories (bike, car and SSV), a fine performance from the Frenchman, achieved, no less, with an inexperienced co-pilot, namely Mike Horn. However, because he resumed the race via the Dakar Experience formula, Despres will no longer be included in the general standings. 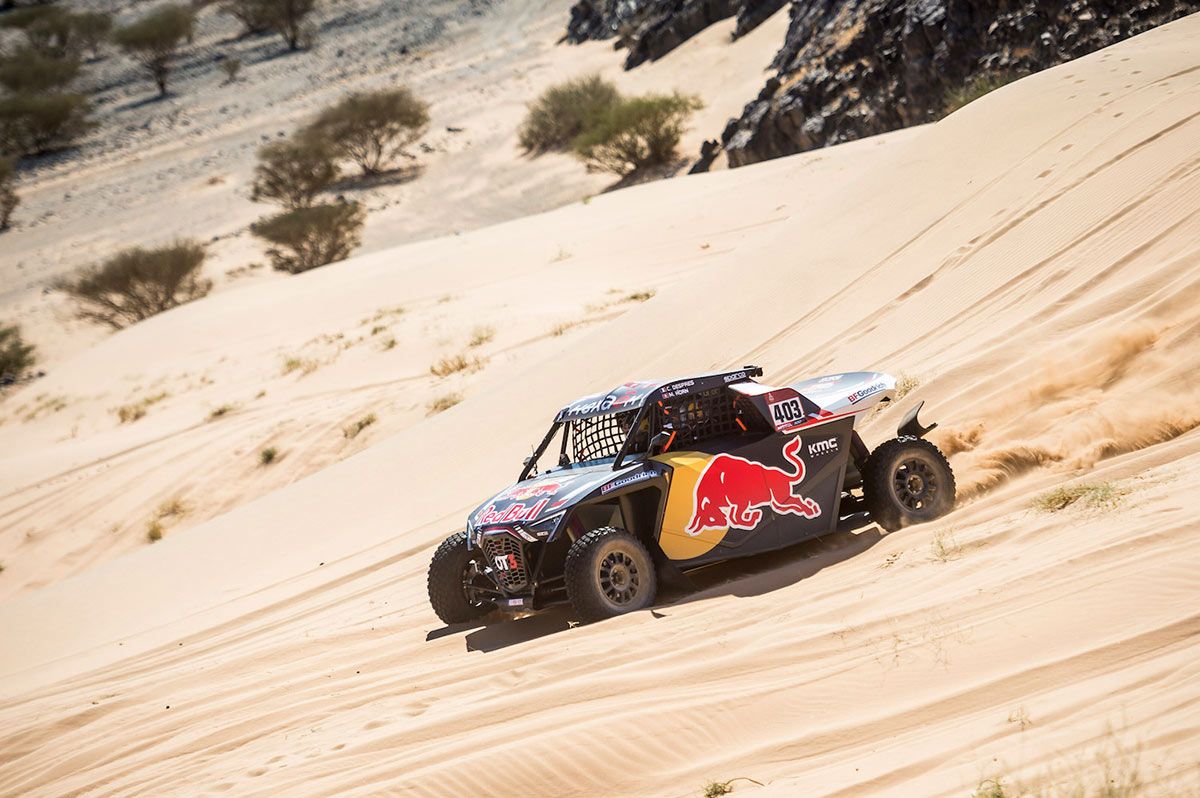 Looking set to put in a good performance on the way to Ha’il, Sam Sunderland’s route came to a brutal halt after 188 km of the fifth stage. With injuries to his back and left shoulder following a severe fall, the Englishman has had to exit the Dakar prematurely for the fifth time out of 7 participations. One of KTM’s best chances of victory thus leaves the rally. 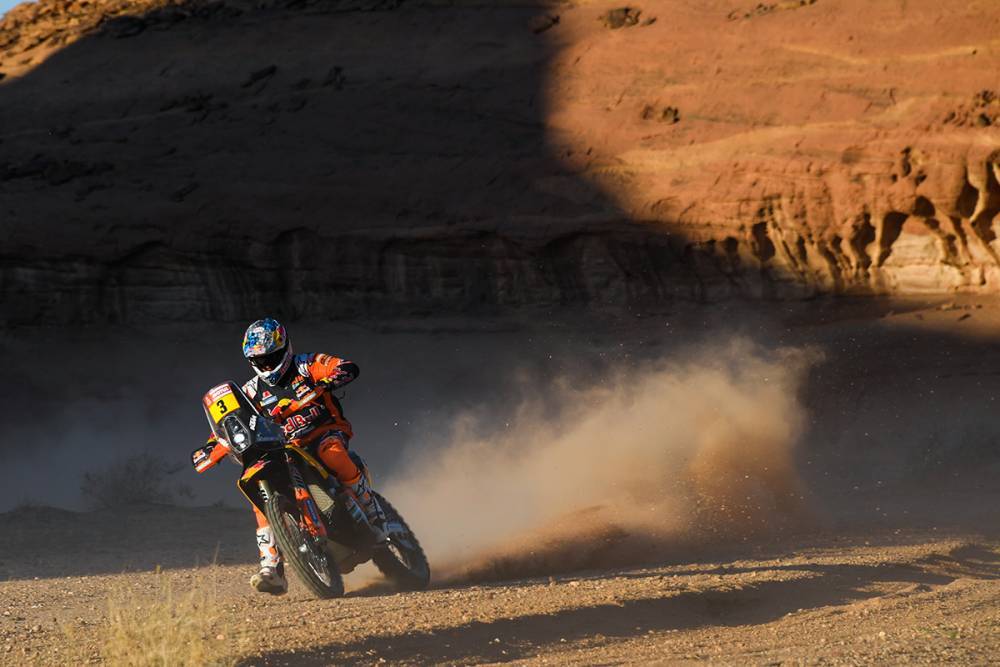 34-34. The battle between Nasser Al Attiyah and Carlos Sainz is a classic on the Dakar, like Borg versus McEnroe in tennis or Prost against Senna in Formula 1 in the 1980s. In 2010, their duel finished with the smallest gap in the rally’s history, with only 2’12’’ between the two men, in favour of the Spaniard for his first triumph. Ten years later, after many episodes in this confrontation, the Qatari has won outright three times and obtained 34 stage wins in total, which is the exact number that Sainz reached today by winning the special in Ha’il. Deuce! 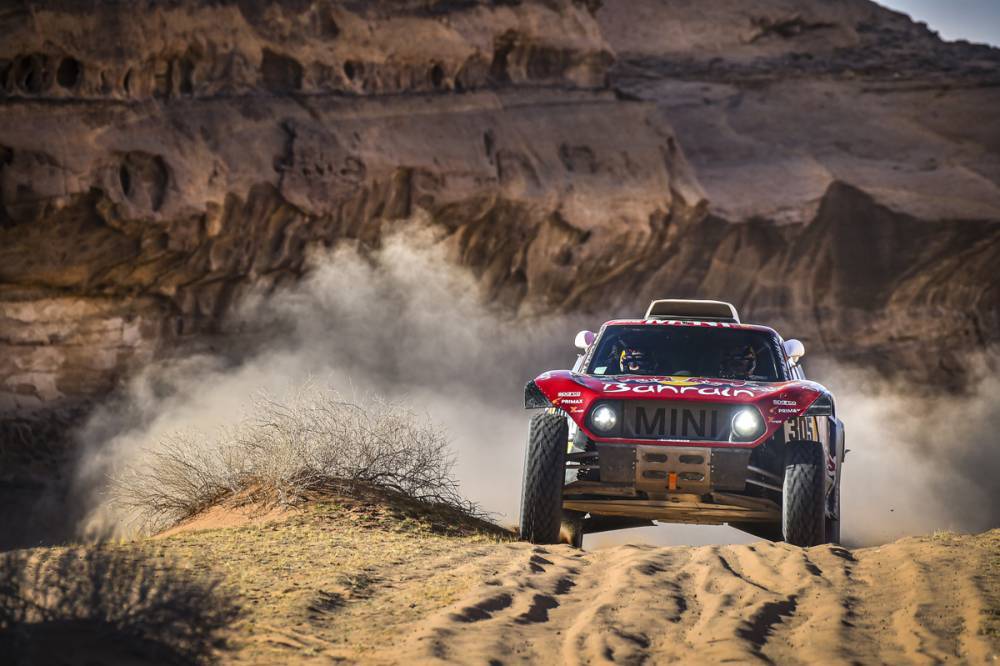 Ignacio Casale: “It was a really positive stage for me. At the neutralised zone, Giroud and Dutu caught up with me because they had been riding at a very fast pace. I let them past and didn’t want to follow their pace even if I could have. My aim was to avoid losing too much time to my rivals. I think I rode a good stage. Today is when the real Dakar started. There will be really tough stages and I’ll have to be ready for them physically”. 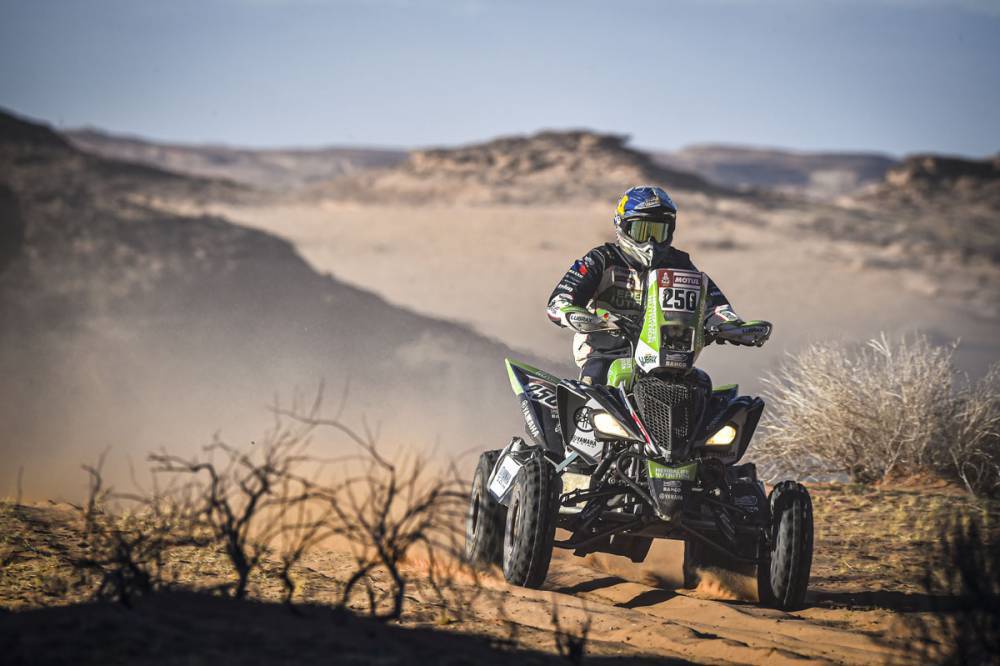