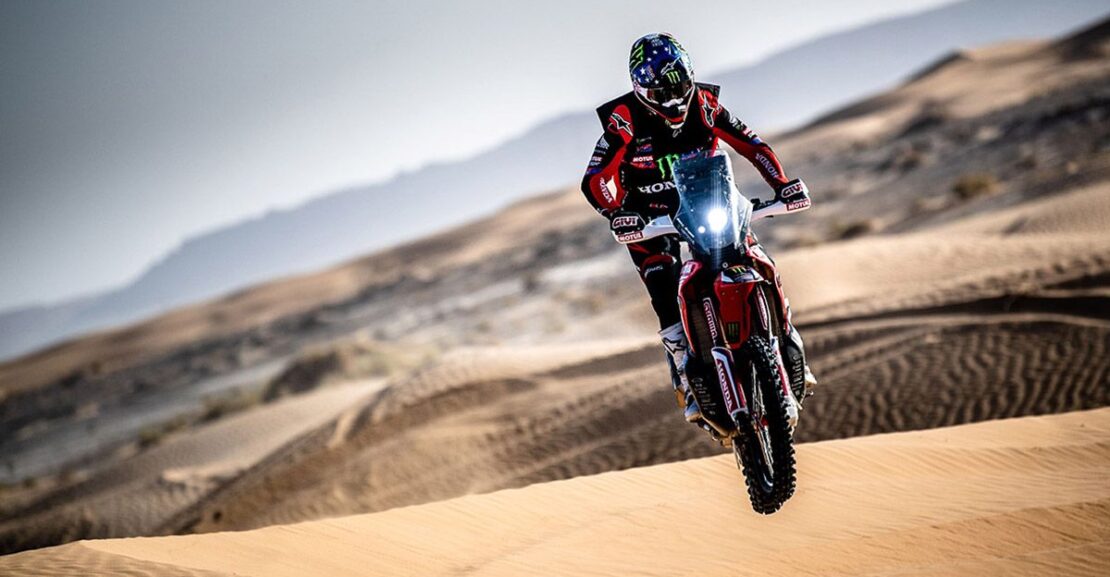 In the middle of the desert! The menu for stage 6 gave the riders, drivers and crews an uninterrupted taste of sand. No villages and not even a river, just plenty of dromedaries from the start in Ha’il, in a splendid off-piste environment with dunes of reasonable size… at least for the moment. 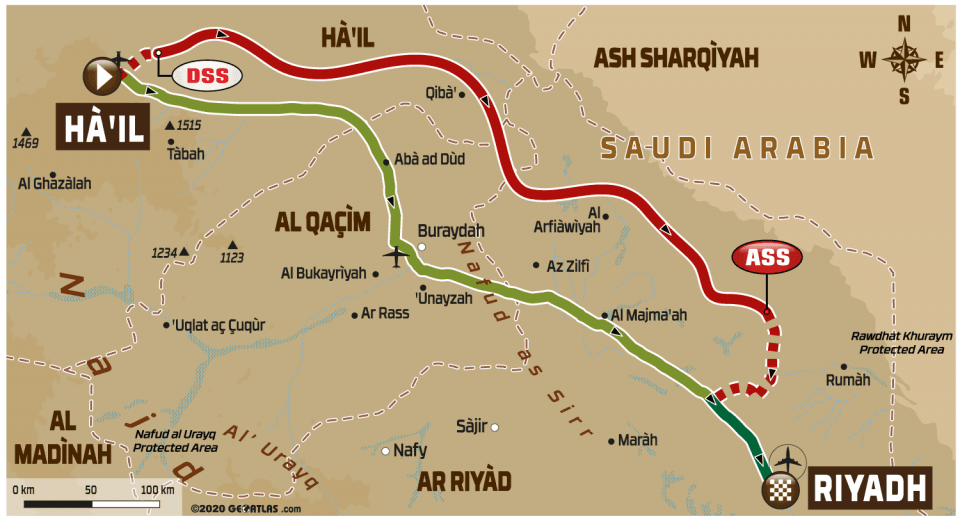 Over the 477 kilometres, the machines and their riders and drivers were not safe from mishaps. Rather than the terrain, it was these shortcomings that led to a varying degree of damage to the prospects of Johnny Aubert, Kevin Benavides and also Jakub Przygonski. Once the stage was over, the shock was cultural in nature for the competitors on entering Riyadh: the capital of Saudi Arabia has conserved the heritage of the Bedouins but also boasts the utmost modernity regarding its infrastructures and technology. 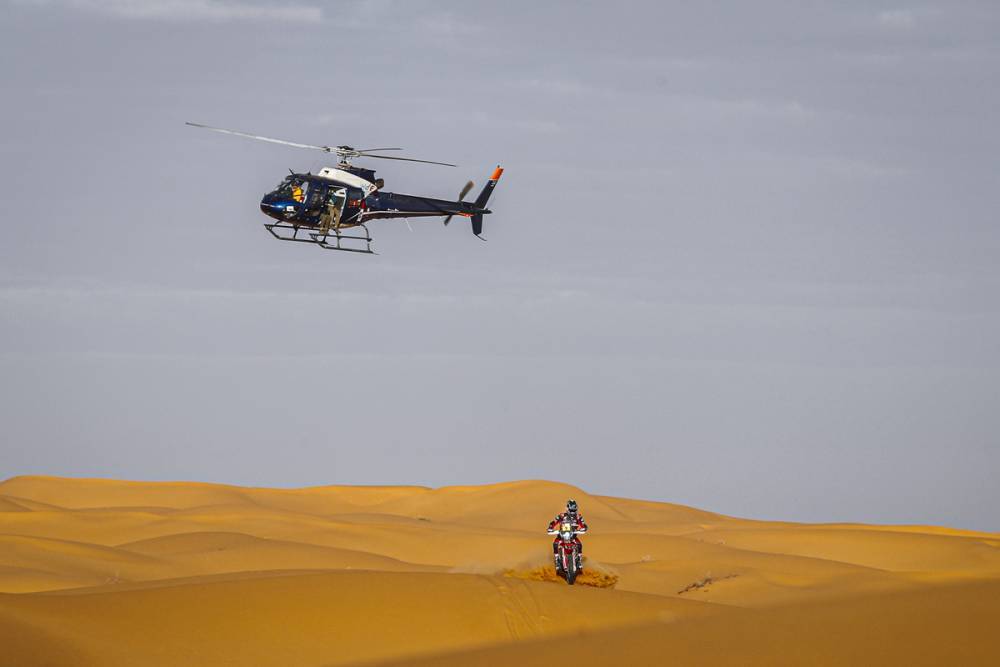 As in 2019 in Peru, Ricky Brabec has done an impeccable job in Saudi Arabia to lead the rally at the half-way point by more than 20 minutes. The American has added panache to his consistency, with another stage victory in Riyadh in front of his team-mate Joan Barreda. 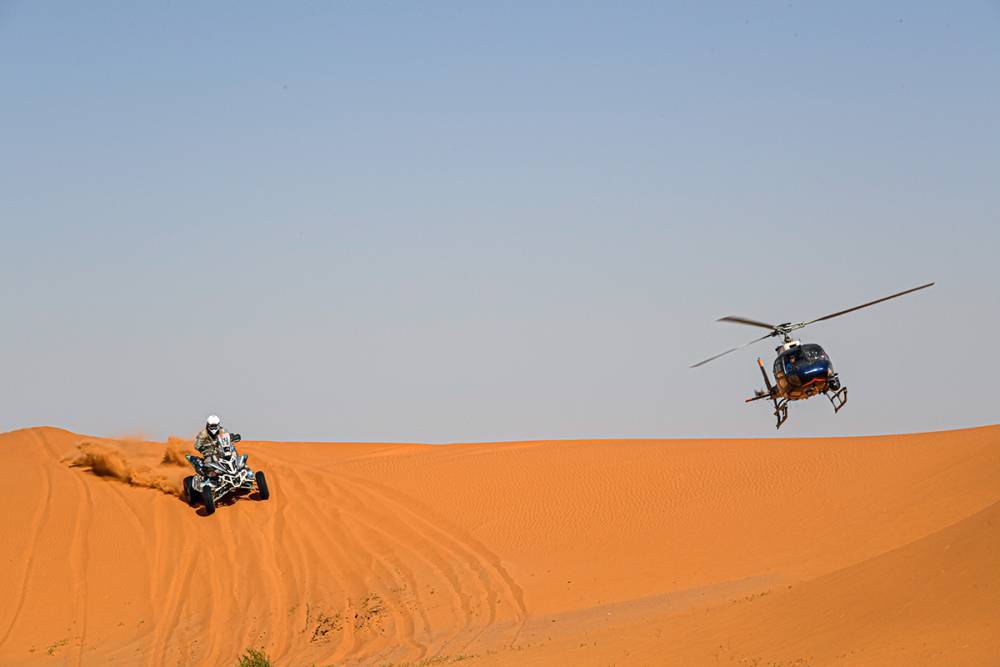 Triumph in the quad race went to Simon Vitse, though this will have been of little worry to the comfortable general standings leader Ignacio Casale, whilst in the car category, the top of the classification is still sat on by Carlos Sainz, conceding just over a minute to the day’s winner Stéphane Peterhansel, who is working to make up time in the general standings. 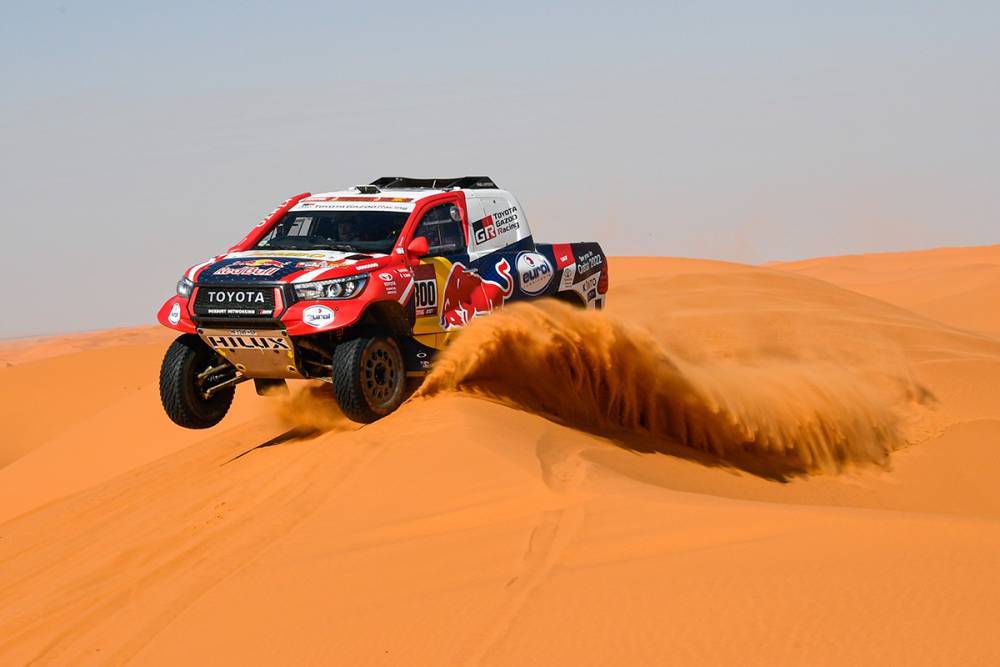 Second-placed overall, Nasser Al-Attiyah dug in to ensure third place today. This was not the case for Gerard Farrés who drove without pressure to grab his second stage victory on the rally ahead of general standings leader Chaleco López. 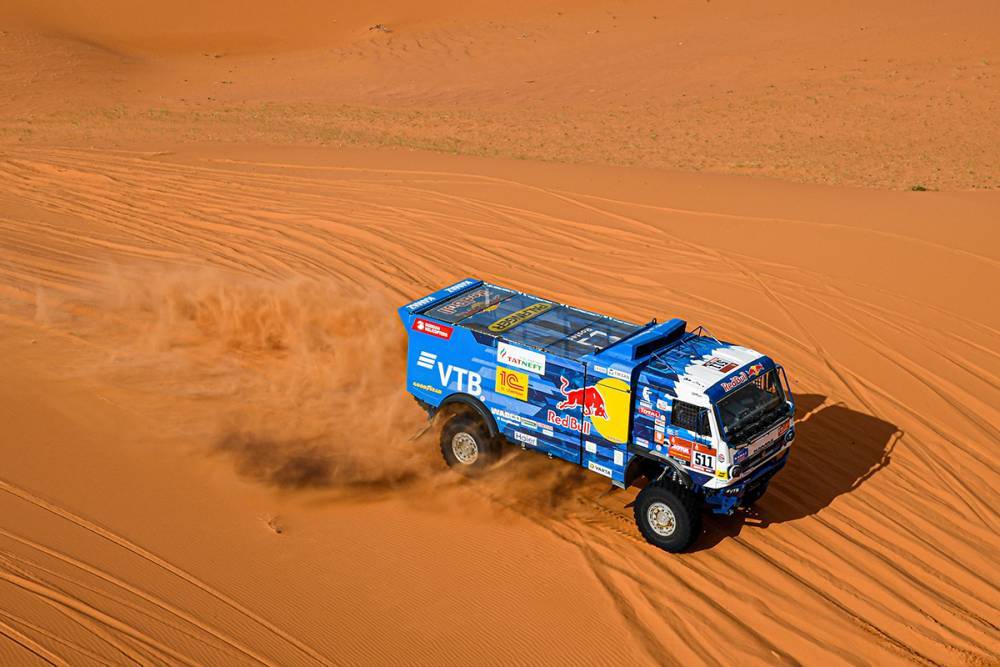 The truck race is still dominated by Andrey Karginov, who added another stage triumph to his roll of honour, but saw his Kamaz team leader, Eduard Nikolaev, forced to exit the race.

Simon Vitse has made a big comeback. The Frenchman suffered a huge crash after winning his first stage victory on the Dakar in 2018, fracturing his hip, shoulder blade, collar bone and ribs, meaning he had to miss out on the last edition of the rally in Peru. Nonetheless, he has returned to form, with the intent of finishing his third Dakar without being intimidated by the usual leading lights of his category. 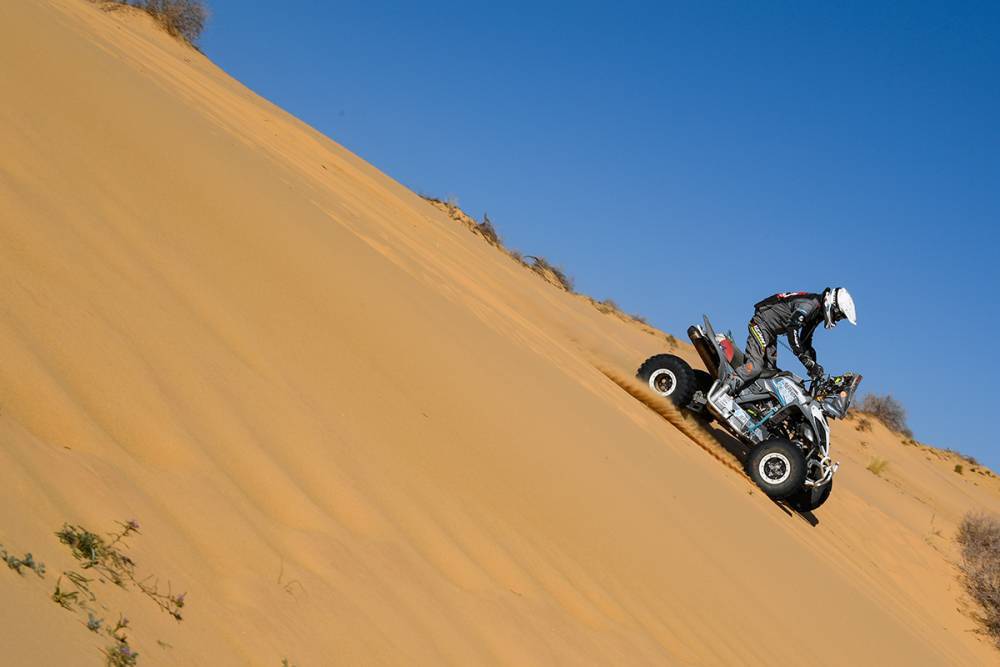 This attitude helped him to obtain the stage victory in Riyadh, finishing more than 6 minutes ahead of general standings leader Ignacio Casale. His performance has put him in second place in the overall classification with the rally merely at the half-way point…

Once again this year, Kevin Benavides held all the cards in the quest to triumph on the Dakar for the first time. The Argentinean started the morning in third place in the general standings and has been ultra-consistent in an edition marked by tricky navigation, achieving four finishes in the top 4 on five stages. However, it was not the man who came up short just before the rest day, but his machine. 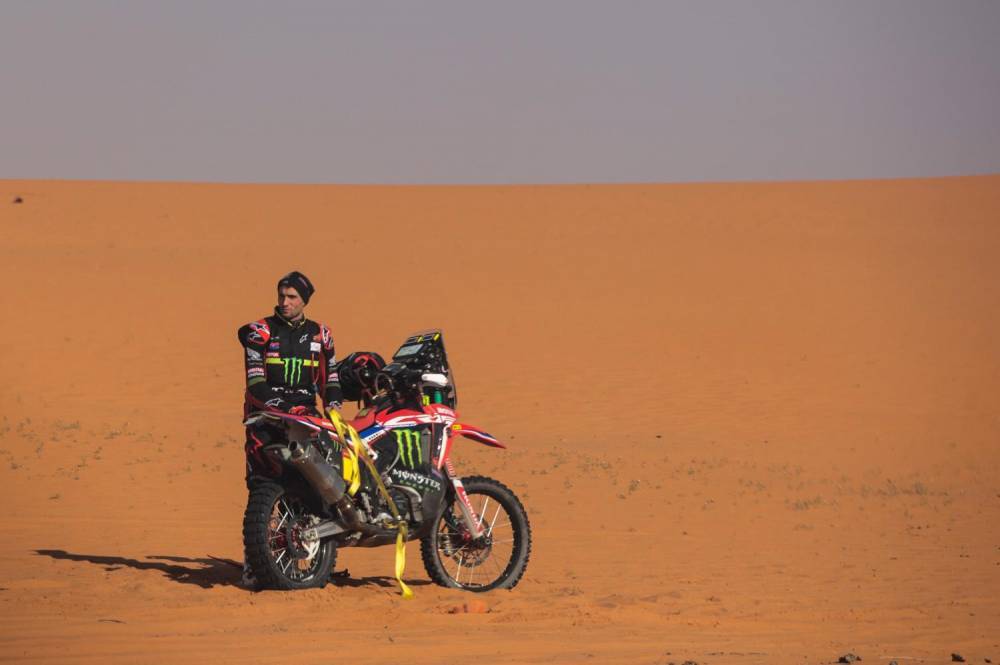 The high performance of his Honda was once again let down by its reliability, due to a broken engine forty kilometres before the finish. Following a pre-race injury in 2017, a navigational disaster in 2018 and a heavy penalty in 2019, Benavides is once again out of the reckoning for overall victory.

Nasser Al-Attiyah: “I am disappointed because we are really going at the maximum and the Mini buggy is too fast compared to a 4×4. But what can we do? This is a new Dakar and I think we need to do a really good job. We’ve finished the first week without any problems and I’m quite happy. We’ll see next week. It will be tougher. I think there will be more dunes, but it’s still a long way”.