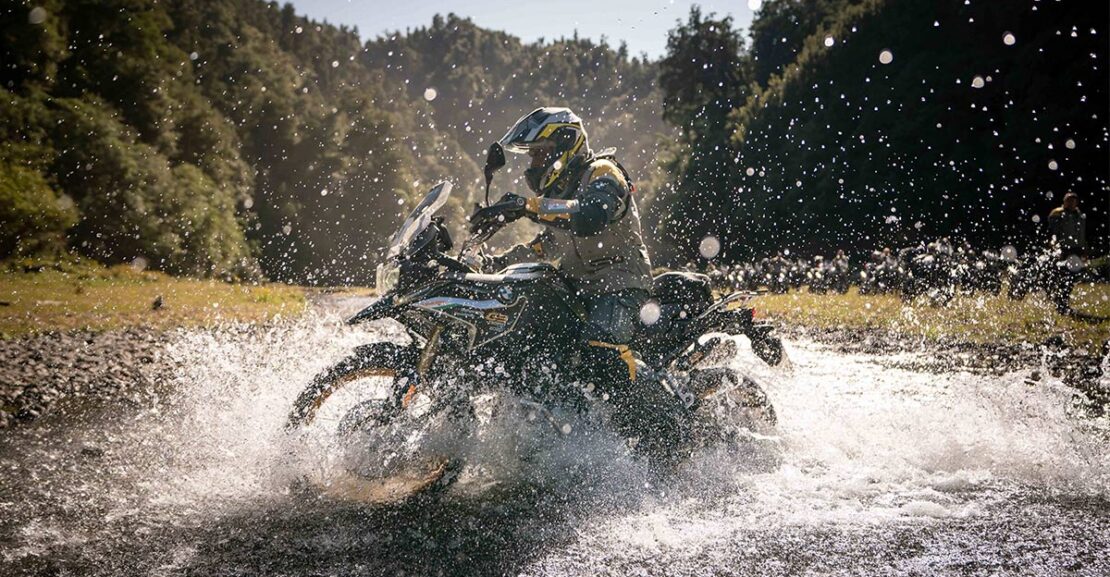 The 2020 BMW Motorrad International GS Trophy enjoyed a spectacular opening stage today as the competitors set off from the thermal springs and Maori homelands in Rotorua to travel through native forest, up onto pastoral high country before descending to Hawke’s Bay for a first camp on the trails, overlooking the Pacific Ocean.

The GS Trophy riders were up before dawn, striking camp ahead of a 5:30am breakfast call in preparation for the 7am start – that breakfast being very important with no less than 11 hours of riding ahead. After passing by the first volcano of the tour, the 821m cone of Putauaki (Mt. Edgecumbe), the route took the riders into the native forests of the Huiarau Ranges, where gravel roads followed the river valleys upstream, each turn revealing new natural highlights of the stunning beech forest, which is peppered with native exotics like ponga, toi (mountain cabbage tree) and fuscia.

After two hours the riders reached the banks of Miniha Stream, a tributary to the Whakatane River, where the arrival of the BMW F 850 GS motorcycles startled a family of Kuni Kuni pigs grazing on the grasses. When the engines quietened the riders could appreciate the sounds of the forest: cicada buzzing their incessant ‘zid-zid’ while bell birds, tui and fantails added their myriad song. 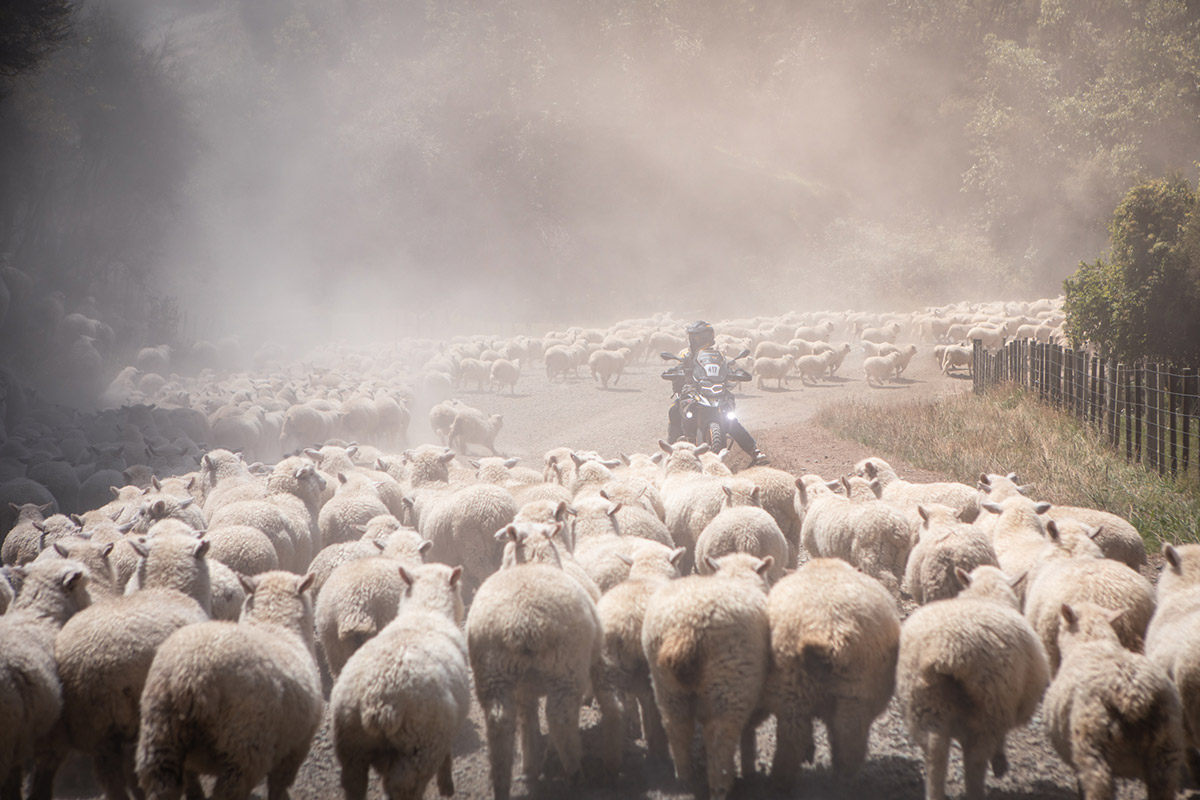 It was here the riders faced their first test in the 2020 Int. GS Trophy – River Crossing. For each team the three riders needed to ride a trials course that crossed and recrossed the stream before exiting up a steep bank – all three needing to complete the course before a four-minute cutoff.

The stones and boulders rattled the GS bikes as well as the nerves of the riders, particularly as footing and falls attracted additional penalties – a daunting prospect on this opening day. Falls did indeed come, but so did some spectacular rides, the French notably smooth, fast and efficient. 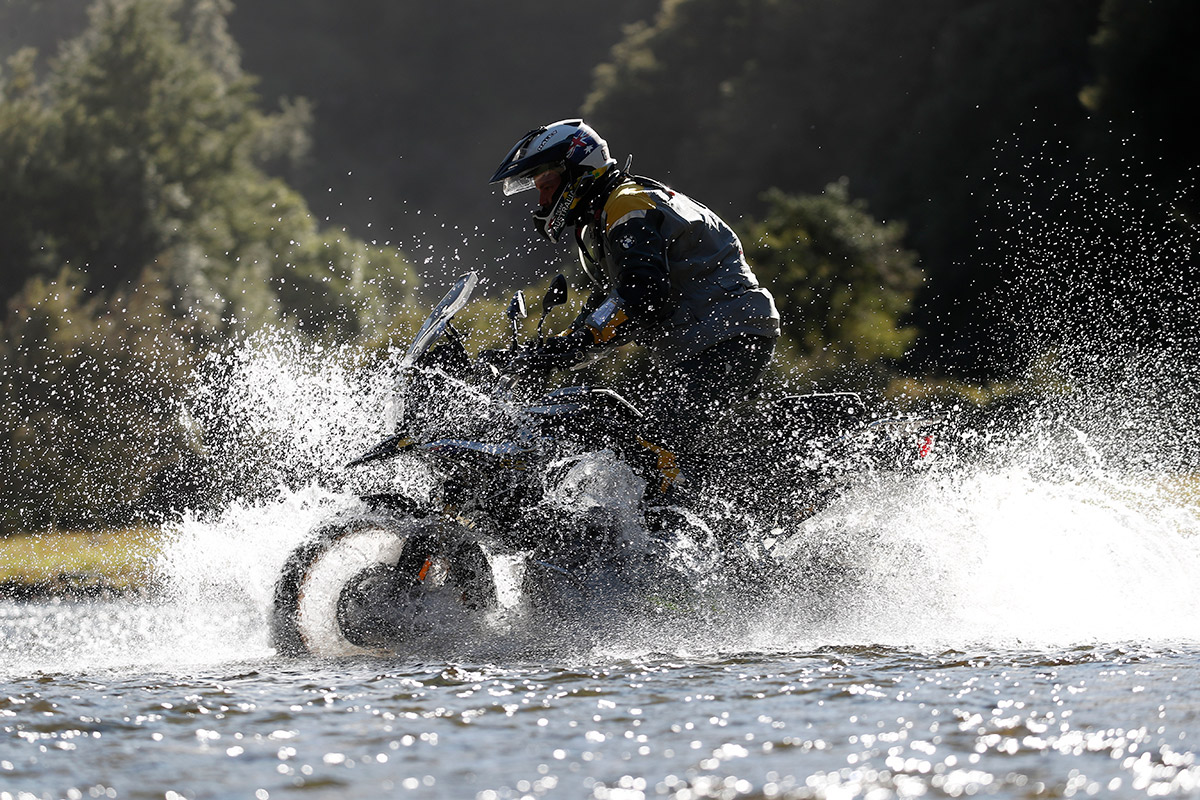 After the River Crossing, the riders regained the gravel tracks, working their way up to the beautiful Lake Waikaremoana and the impressive Mokau waterfall. Here the GS Trophy riders faced the second test of the day, ‘Sena Challenge’ were one rider was effectively blindfolded and would be guided by instructions from his teammate – via his Sena 50R mesh intercom bluetooth headset – around a slalom course. A simple act of faith, and a fun test, but it also highlighted the benefits the riders have been enjoying for the first time in the GS Trophy of being able to communicate in real time with their marshals and each other. 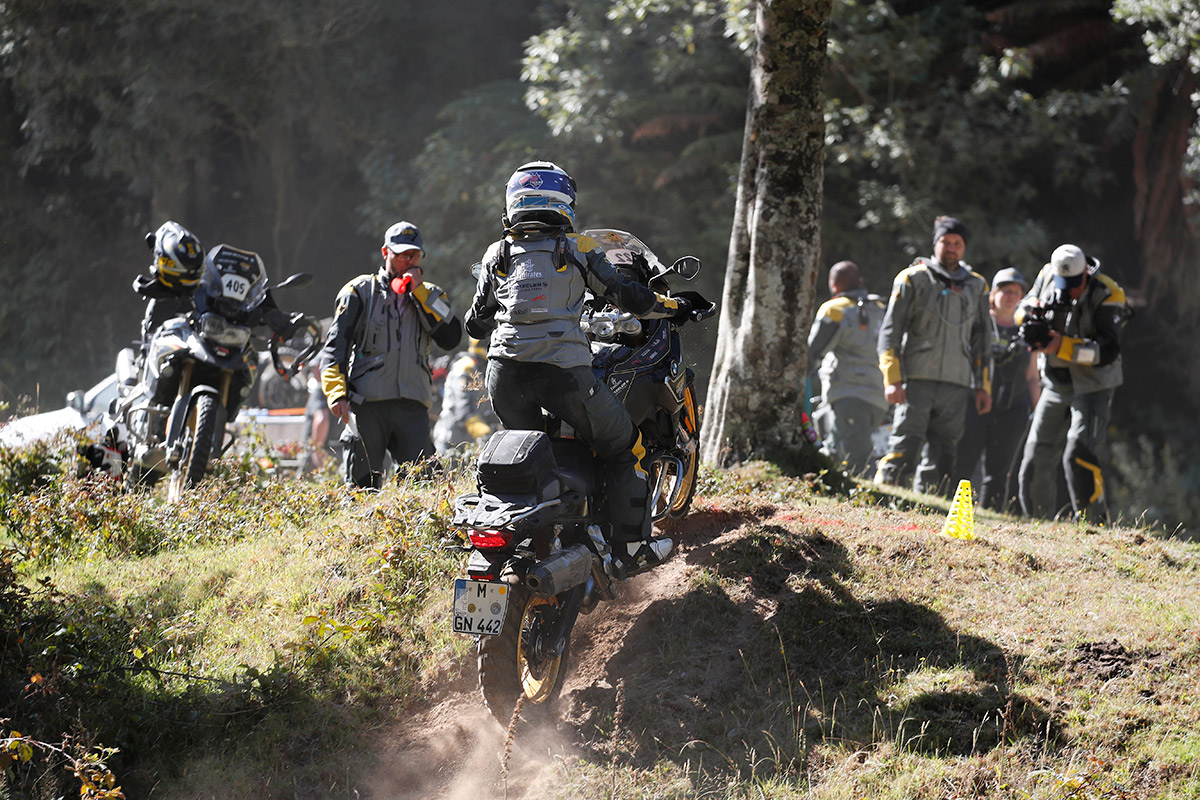 The course changed in character immediately after Lake Waikearemoana as the forest gave way to the high country grazing lands that eventually lead down to Hawke’s Bay. This region is typified by steep valleys, high cliffs and tenacious sheep! Riding both highway and gravel this made for a most sinuous trail that allowed the riders to enjoy the F 850 GS’s agility and punchy 95 horsepower.

The finish came at a camp ground just outside the seaport of Napier, a beautiful city famed for its Art Deco buildings – those buildings being so prominent on account this city was levelled and rebuilt after an earthquake in 1931. The riders could have been mistaken for having survived a seismic event of their own such was their powder-white appearance after enduring Metzeler-created dust trails for most of the day! 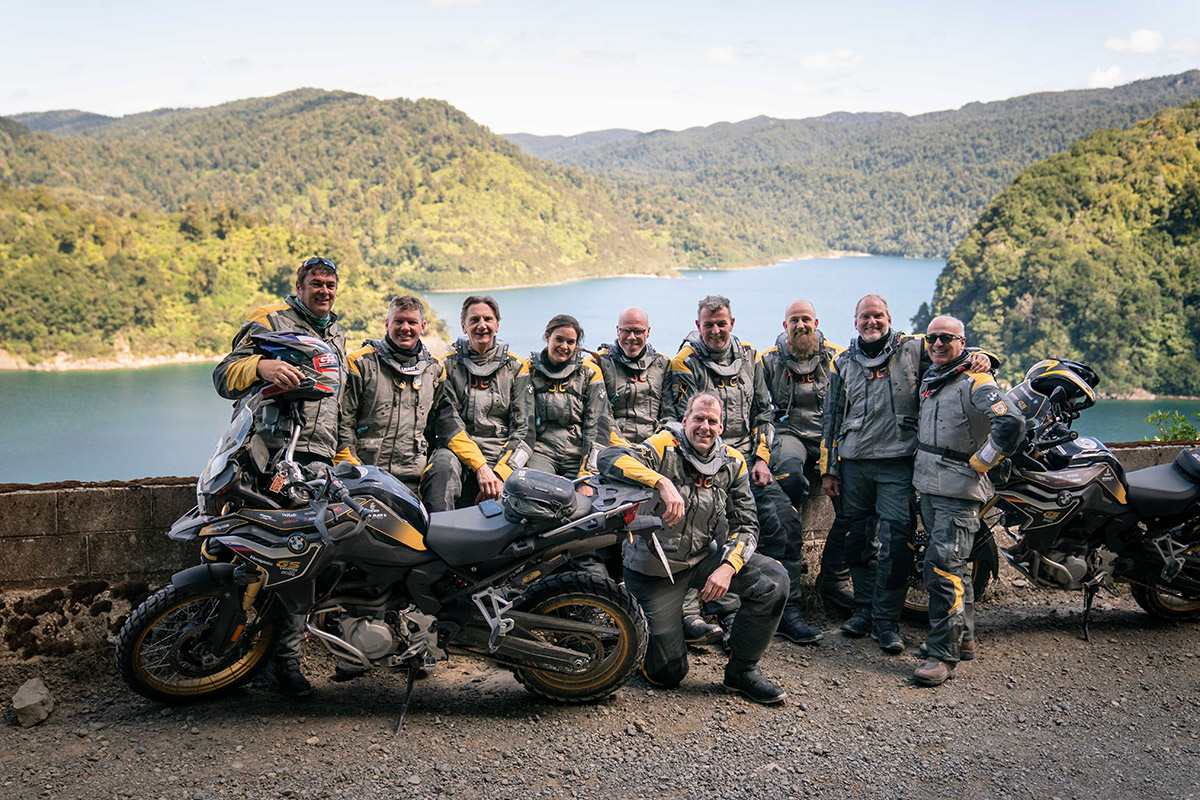