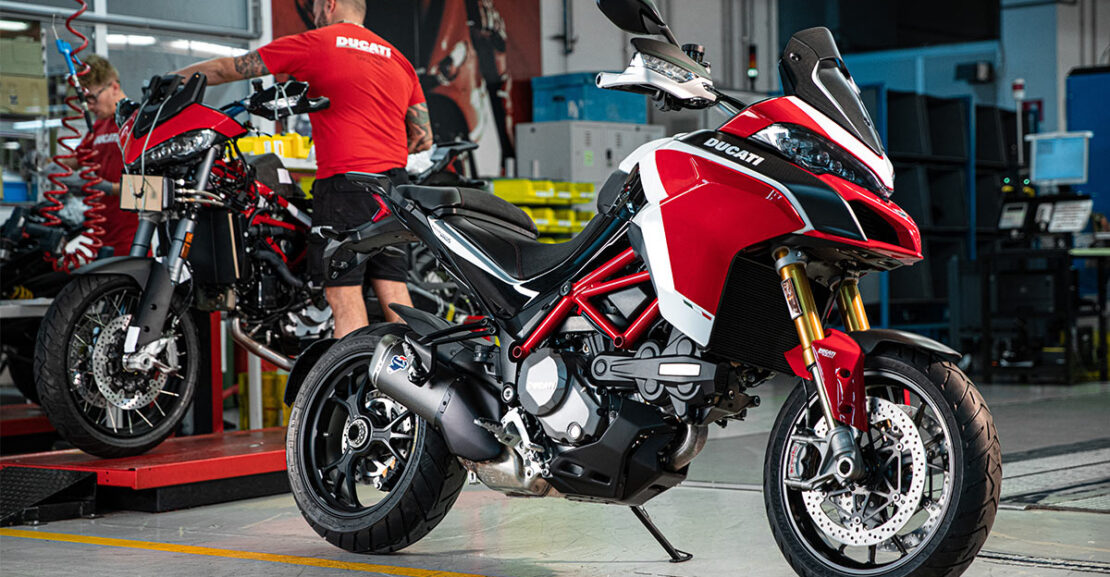 Sixteen years after the first Multistrada rolled off the assembly line, the family has now reached the 100,000-bike milestone. Multistrada number 100,000, a Pikes Peak version of the 1260 with a customised laser marking on the top yoke, was handed over to Dave Hayward – a German Ducatista who had ordered his Multistrada from the Düsseldorf dealership – by none other than Ducati CEO Claudio Domenicali in person.

Ducati’s dual-purpose motorcycle has always been at the forefront of technological advances since the last decade. In 2010 the Multistrada was the first bike to feature riding modes, the system that changes the very character of the bike. With the D|Air version, introduced in 2014, Ducati offered the first motorcycle with a system capable of interfacing with a dedicated airbag-equipped jacket. In 2015 it became the first motorcycle to feature a variable-timing engine: the Testastretta DVT (Desmodromic Variable Timing).

And as the technology evolved, so too did the reliability. Production processes were improved, materials enhanced, numerical simulations honed, taking the Multistrada 1260 and 950 to unprecedented levels of dependability. Today, all the engines in the family have valve play checks at 30,000 km intervals – three times that of the first version.With no less than 7 versions, today’s Multistrada family has never been more complete: two 950cc (113 hp) bikes and five 1260cc (158 hp) ones. 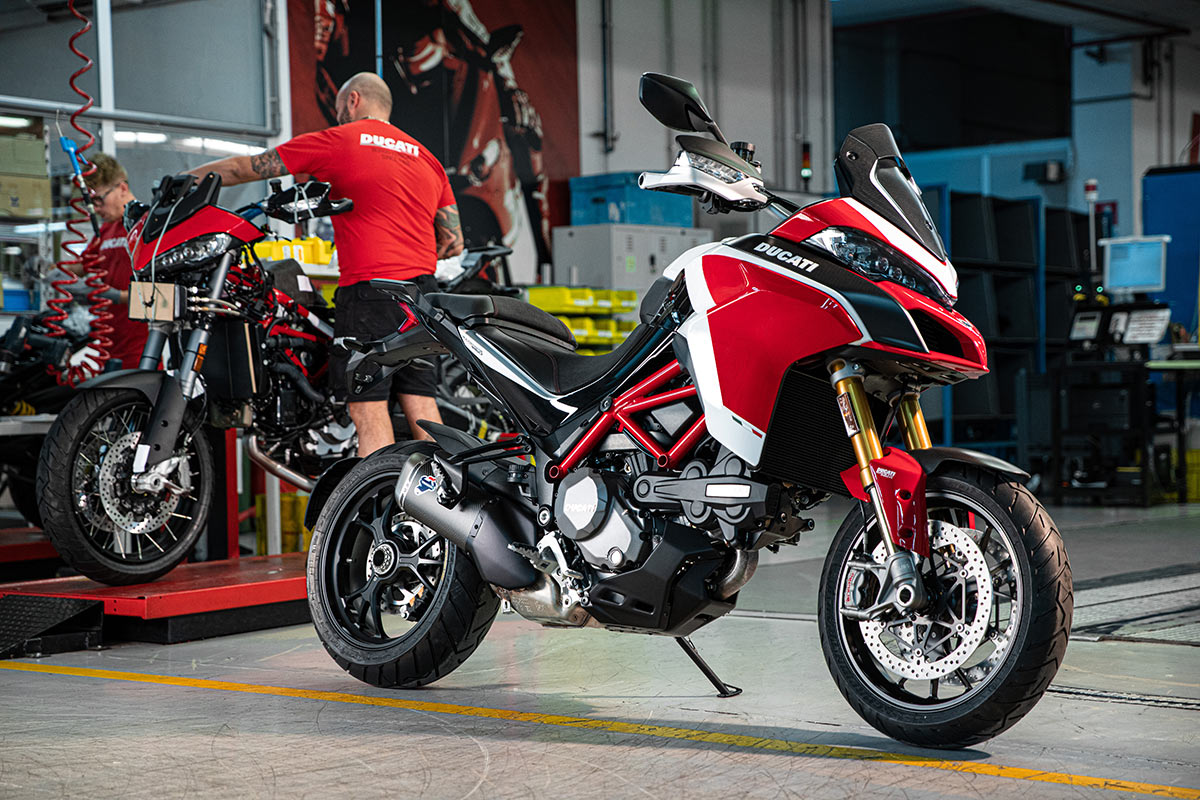 The most recent interpretation of the original dual-purpose sports concept, the Multistrada 1260 combines the comfort and load capacity of a dual-purpose bike with tyre sizes, wheels and brakes that are, instead, typical of sports motorcycles. Equipped with Öhlins suspension, forged wheels and a carbon fibre end pipe, the Pikes Peak model offers maximum sports performance. 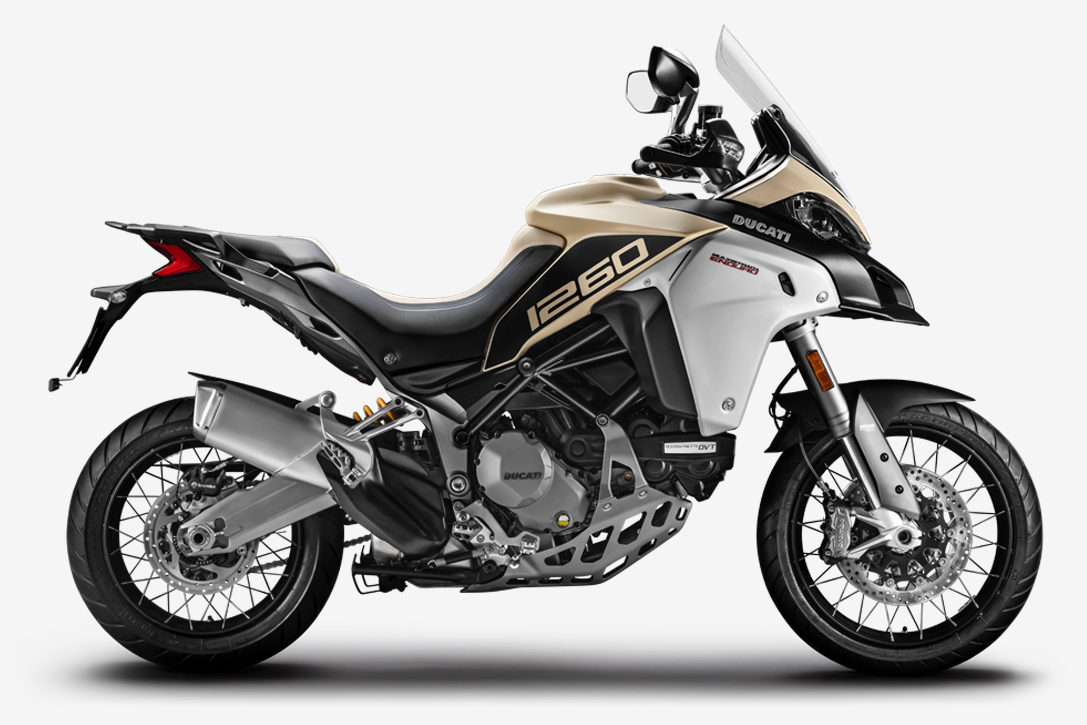 For those, instead, who love adventuring, Ducati has come up with the Multistrada 1260 Enduro, designed to take on the toughest terrain and longest journeys thanks to the 30-litre tank, long-travel suspension, 19″ front rim and, of course, the hard-wearing spoked wheels.

Development is ongoing, and in 2021 the Multistrada family will expand to see the twin-cylinder 1260 and 950 motorcycles joined by a version with a new, specific V4 engine.