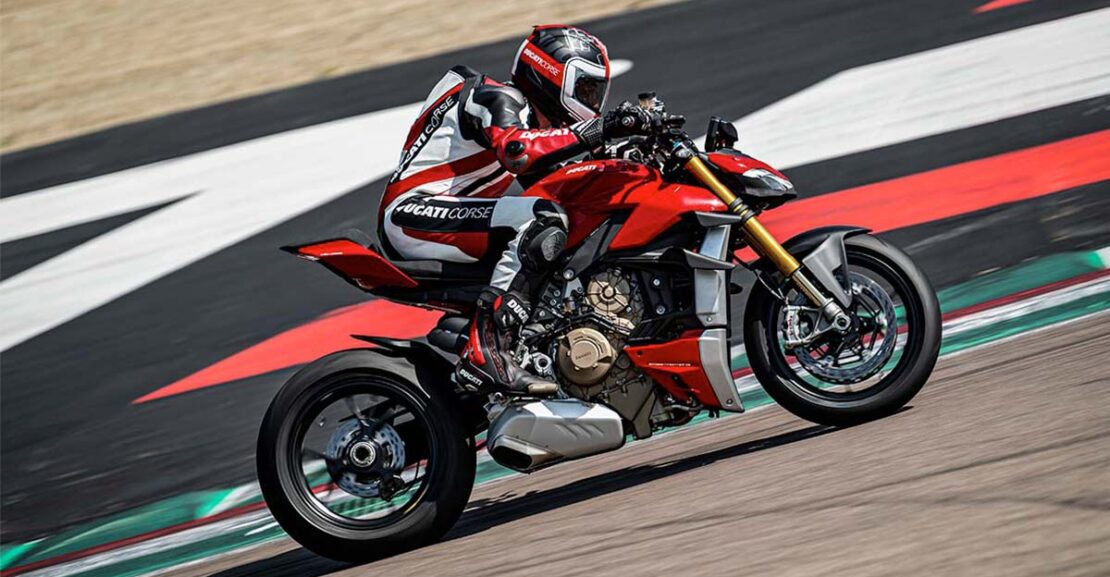 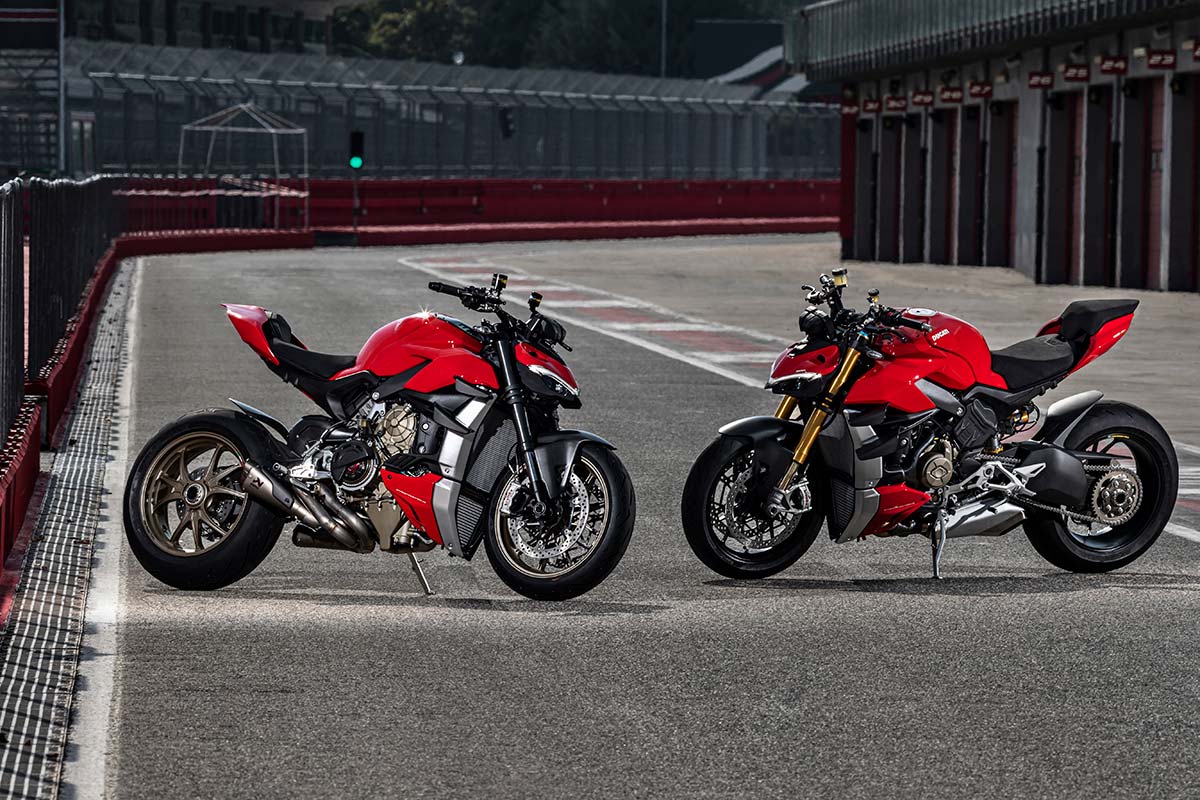 First among these is the Panigale V2, Ducati’s super-sporty twin powered by the 955 cc Superquadro engine, the middle-weight superbike new both in its aesthetics and its performance. The Italian manufacturer has also presented the new version of the Panigale V4, which for the second year in a row was the most sold sports bike in the world. Talking about the Panigale V2, it has a completely new look, as well as sophisticated Inertial Platform-based electronics and, thanks also to a comfortable seat and its suspension set-up, it offers better yet safer sports performance while making road riding more enjoyable and user-friendly than ever.

The Panigale V2 is powered by a 995 cc Superquadro engine with a maximum power of 155 hp at 10,750 rpm and a maximum torque of 104 Nm at 9,000 rpm (Euro 5 compliant). Built around the monocoque frame, the chassis set-up is embraced by a new, sports-style design. The extensive fairing hugs the mechanics, highlighting the compactness of the Superquadro twin-cylinder engine to create a bike that is visually compact.

Other key Panigale V2 features include the single-sided swingarm and an exhaust with extremely compact under-engine silencer and single-side tailpipe. The clean lines typical of Ducati superbikes are enhanced by the traditional Ducati Red livery and black wheels.

Another ‘star’ of the Ducati World Première 2020 was the new Streetfighter V4, the super-naked which is a prime candidate for the title of “best looking bike of EICMA 2019”. The foundation of the Steetfighter V4 is a Panigale V4 stripped of its fairings and equipped with high, wide handlebars. Weighing 178 kg, it is powered by an 1103 cc Desmosedici Stradale engine, its 208 hp kept under control by biplane aerofoils and a latest-generation electronics package: a combination of factors and modifications that Ducati calls the “Fight Formula”. The result is an over-the-top naked Ducati, modern and technological, with an assertively eye-catching design. A bike that does nothing to hide its segment-leading performance, but which also ensures practicality and full-on fun during everyday rides.

The minimalist full-LED headlight with its V-shaped DRL captures the spirit of the Streetfighter V4 perfectly. On the Streetfighter V4, the Front Frame and Desmosedici Stradale engine take center-stage. Only partially screened by superstructures that have been cut to a bare minimum, their sharp lines create a clean, essential whole. Such powerful design demands a powerful engine, and the 1103 cc 208 hp Desmosedici Stradale fits the bill: for a naked, it packs an impressive punch, yet dedicated engine mapping lets the rider control the power with confidence. The engine – combined with a kerb weight of 178 kg (“S” version) – boosts the power/weight ratio to an impressive 1.17. Performance can be further improved by mounting the full-racing Ducati Performance exhaust by Akrapovič, which raises power to 220 hp and reduces weight by 6 kg.

The feisty performance of this bike is stabilised by sophisticated electronics lifted directly from the Panigale V4 and the ‘biplane’ aerofoils developed by Ducati Corse aerodynamicists. Brought forward to maximise their effect, the aerofoils generate 28 kg of downforce at 270 kph, attenuating front wheel ‘floating’ at high speed and the tendency to wheel-up. They also boost stability during braking at the turn-in point and through the corner. On the road, this dynamic behaviour instils confidence. On the track, instead, it boosts performance by limiting electronic control intervention and allowing delayed braking.

The latest-generation electronics package on the Streetfighter V4 is based on a 6-axis inertial measurement platform which instantly detects the bike’s roll, yaw and pitch angles. The electronics oversee every part of the ride: some controls manage start, acceleration and braking, others handle traction, while some lend a helping hand on corners and out-of-the-corner stretches.