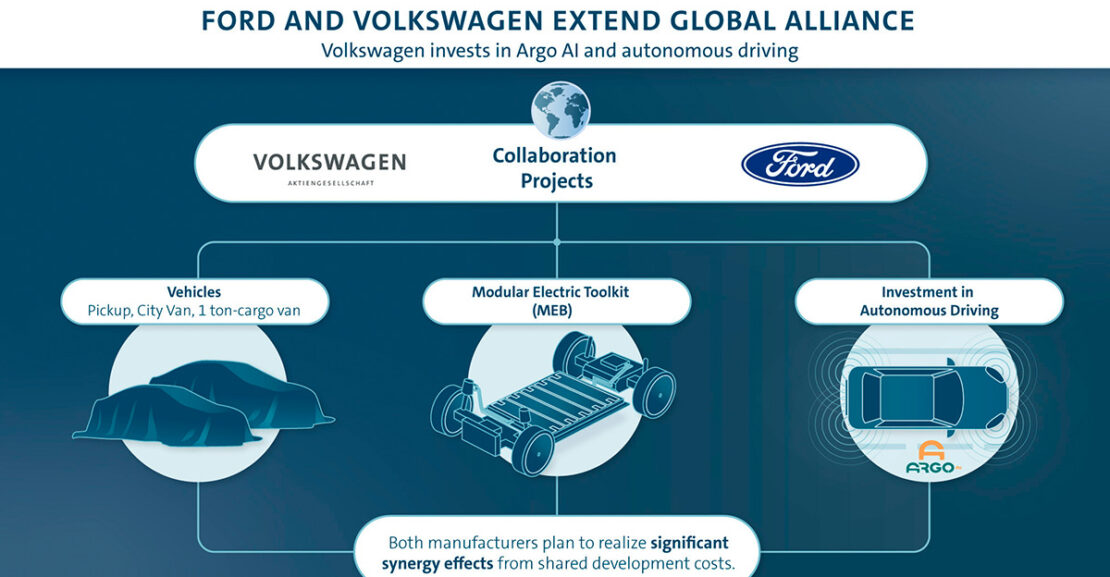 Ford Motor Company and Volkswagen have signed agreements that expand their global alliance to meet the rapidly evolving needs of their respective customers in Europe and other regions by leveraging complementary strengths in midsize pickup trucks and commercial and electric vehicles. 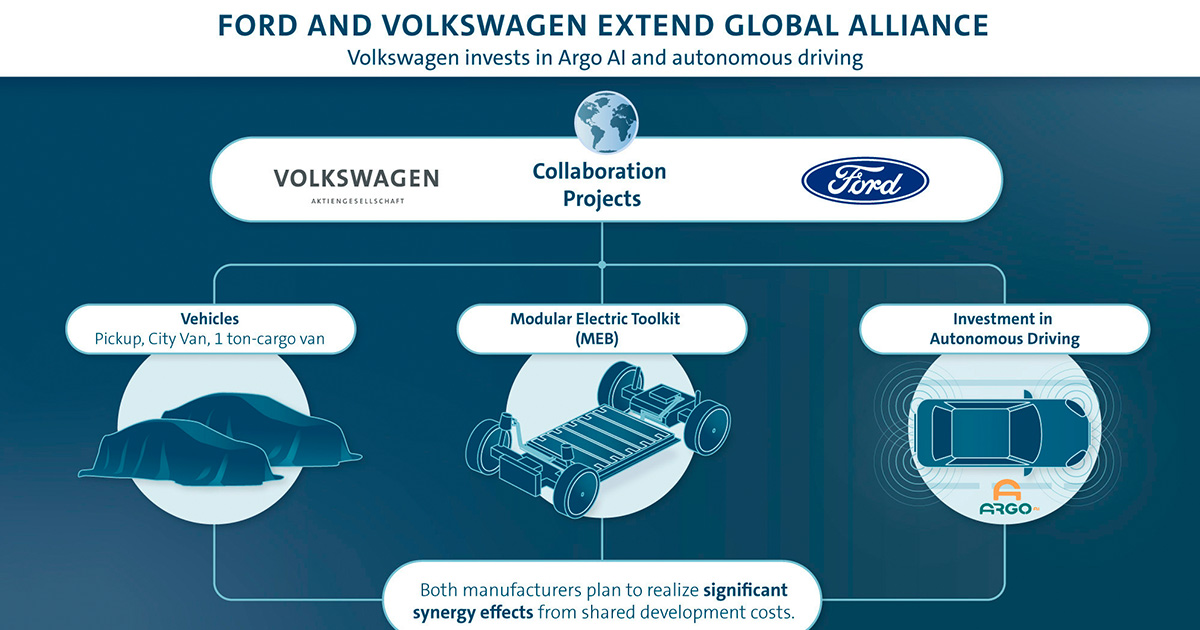 During the lifecycles of the products, the companies expect to produce up to a combined 8 million of the medium pickup truck and both commercial vans included in the commercial relationships. Ford and Volkswagen both have strong commercial van and pickup businesses around the world, including popular models such as Ford’s Transit and Ranger and Volkswagen Commercial Vehicle’s Transporter, Crafter, Caddy, and Amarok. 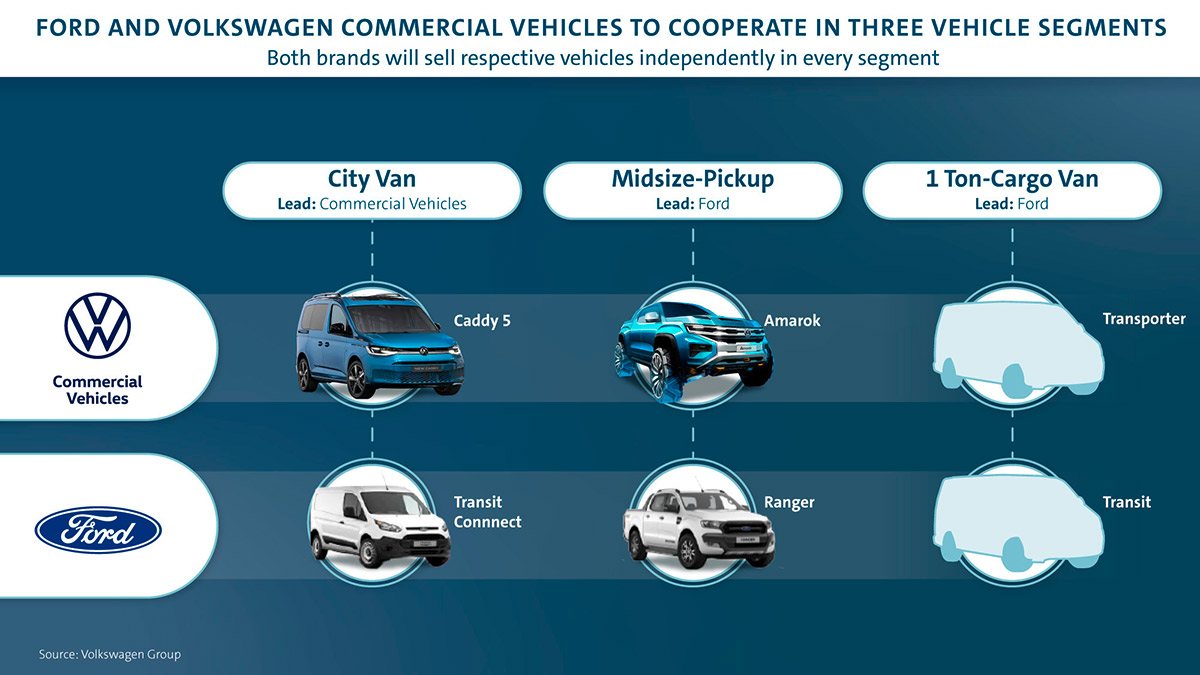 Ford’s use of Volkswagen’s MEB architecture in Europe will represent another cornerstone in Volkswagen’s electric vehicle strategy, and further efforts by both companies to fulfill their commitments to the Paris 2015 Agreement. Volkswagen and Ford plan to explore additional ways to cooperate on electric vehicles. 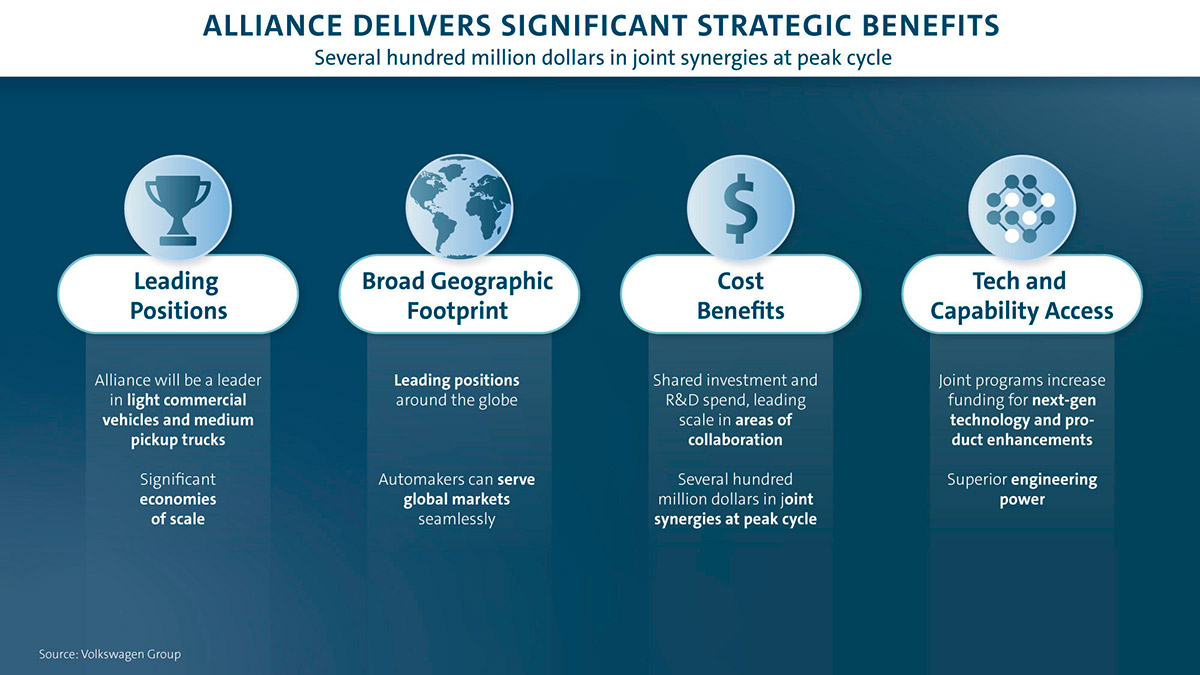 Over several years starting in 2023, Ford could deliver 600,000 electric vehicles atop the MEB architecture, which is designed to combine space and performance with electric drive. The vehicle, which will be designed and engineered by Ford in Cologne-Merkenich, will add another compelling nameplate to its own all-electric Mustang Mach-E, which will be introduced in 2021. 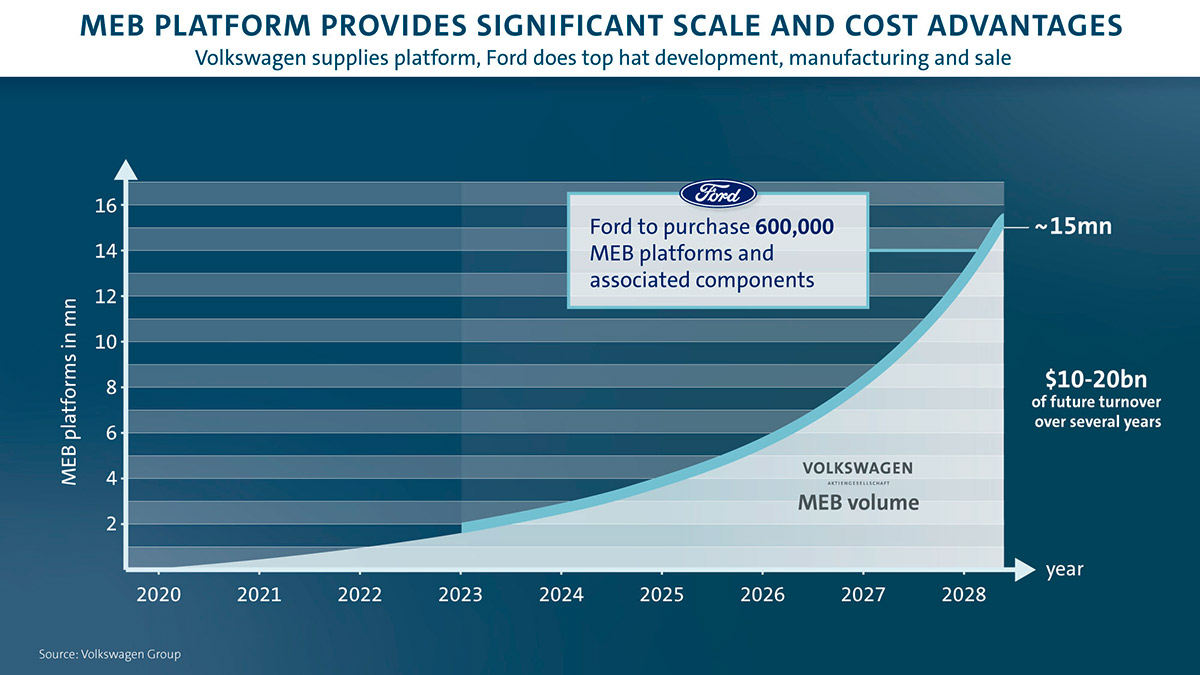 Additionally, the companies will both work with Argo AI to form distinct, highly capable autonomous-vehicle businesses based on Argo AI’s self-driving technology. Last week, Volkswagen closed its previously announced investment in Argo AI, the Pittsburgh-based company in which Ford already had ownership and development interests. Volkswagen and Ford independently choosing to invest in Argo AI illustrate the technical leadership and progress of Argo AI’s self-driving system, and how alliances can help enable the development of breakthrough technologies that require substantial time and resources.

The Volkswagen/Ford alliance does not include cross-ownership between the companies, which will remain competitors in the marketplace.