If motorcycle stunts are your thing, then you wouldn’t want to miss this!

Jagdamba Motors TVS is organizing ‘Apache Pro Performance’ stunt event on 28th September as a celebration event on the milestone of 3 million Apache Series RTR on roads globally. The major attraction of the event is the freestyle stunting performance by Steel Silencerz, the popular freestyle stunting team from India known for their hair-raising stunts and performance. 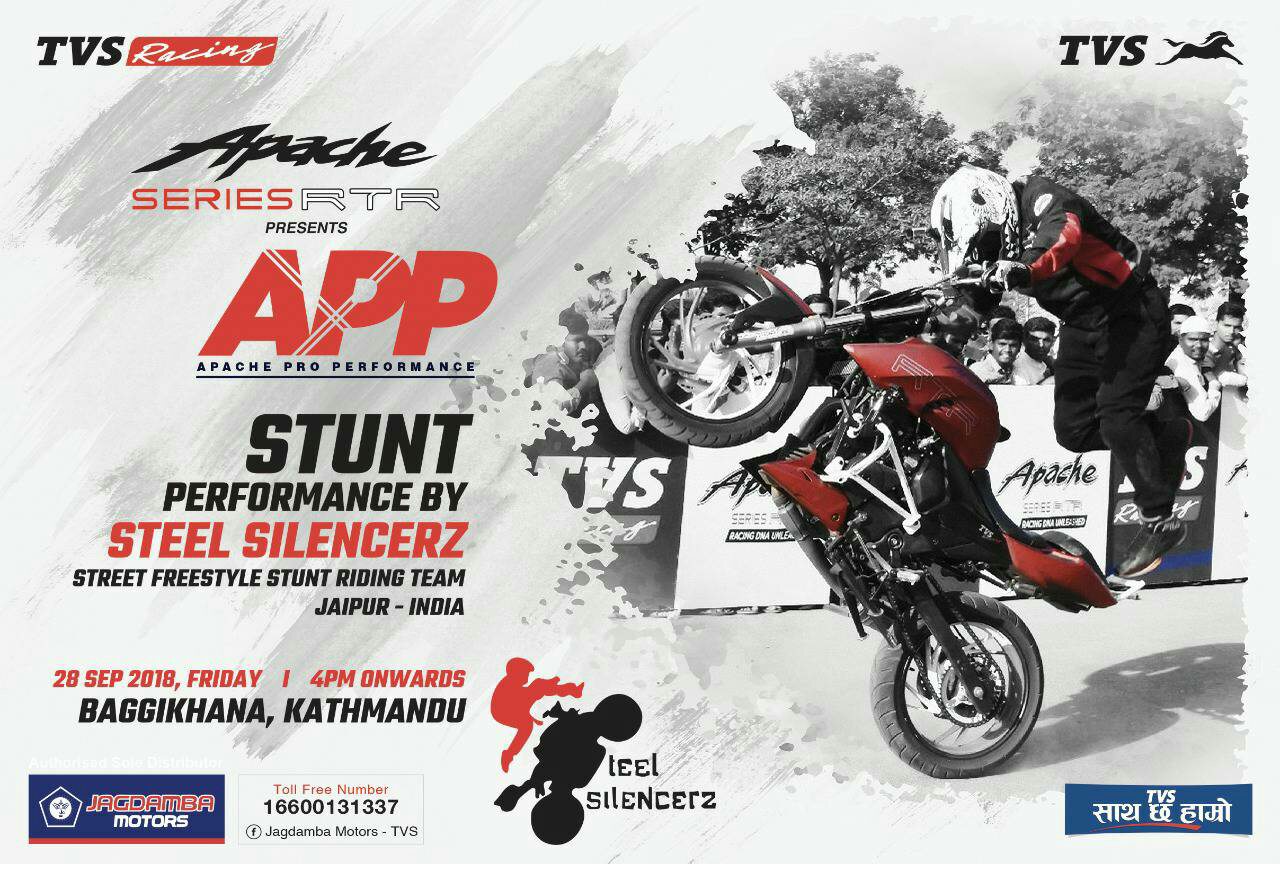 The event will take place inside the premises of Baggikhana in Singhadurbar from 4PM onwards. The event is free and open to all.

NEXT 30 Sep 2018
In Photos: Apache Pro Performance by TVS