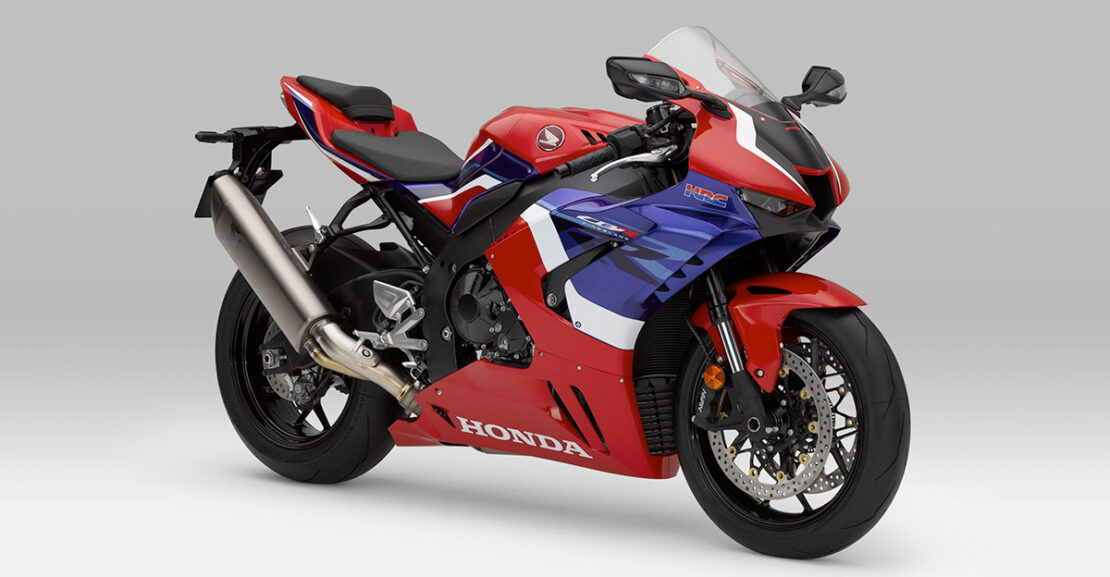 Honda has revealed its full 2020 European motorcycle line-up at EICMA 2019 in Milan. Headlined by a brand-new flagship model, the additions to Honda’s product range for 2020 span the worlds of racing, adventure, roadsters and commuters.

For 28 years the words ‘Honda Fireblade’ have been synonymous with perfect handling, balance and sheer riding enjoyment. For 2020, Honda starts a new chapter in the Fireblade’s illustrious history with a new machine which according to Honda is ‘Born to Race’. 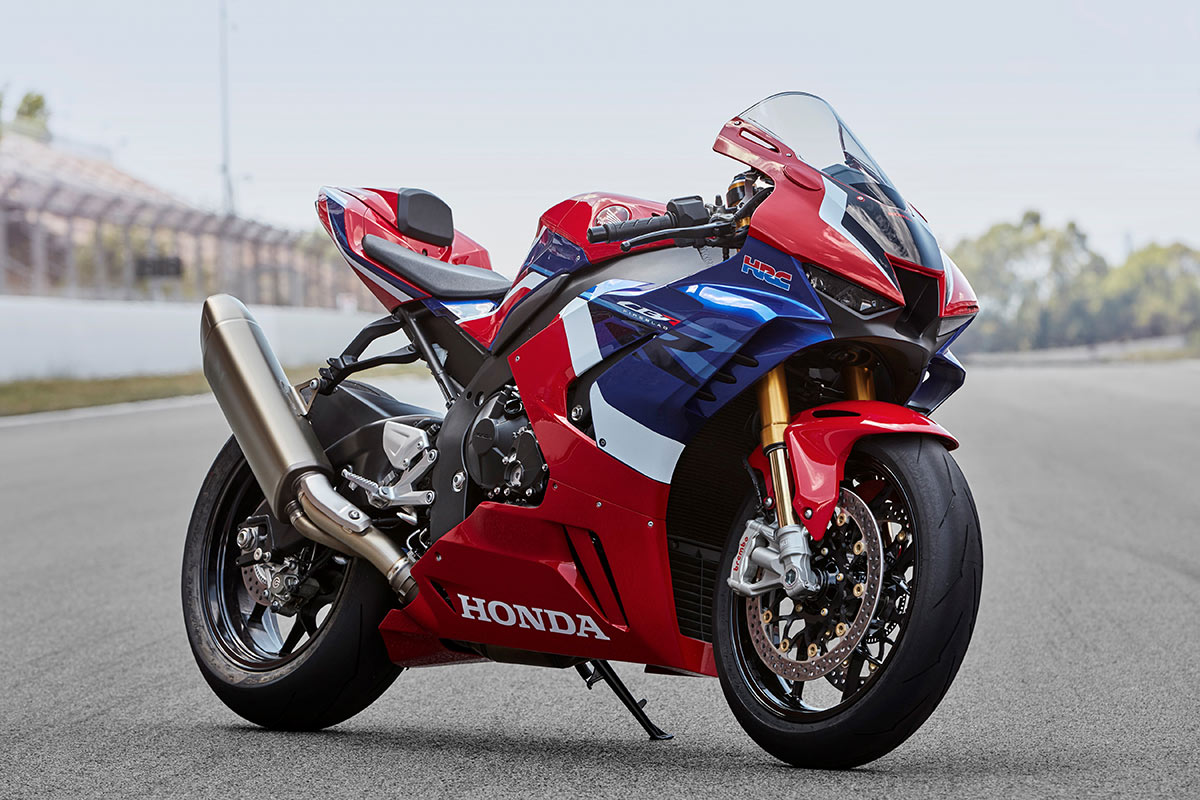 Heavily inspired by the RC213V MotoGP machine and its street legal RC213V-S counterpart, the 2020 CBR1000RR-R Fireblade is powered by the most powerful inline four-cylinder engine that Honda has ever made. Sharing the same bore and stroke as the RC213V-S, the 2020 CBR1000RR-R Fireblade delivers maximum power of 215 HP @ 14500rpm and peak torque of 113Nm at 12500rpm while tipping the scales at only 201kg.

In both variants, a cutting-edge aerodynamic package – also influenced by HRC’s multiple championship-winning RC213V – works in tandem with a new Bosch six-axis IMU. This replaces the five-axis unit of the previous design, giving supremely precise calculations of yaw, pitch, and roll to allow even finer control of bike behaviour for unprecedented levels of handling and outright performance.

In line with Honda’s mass centralisation philosophy, both the CRB1000RR-R Fireblade and CBR1000RR-R Fireblade SP are equipped with a lightweight titanium Akrapovic exhaust end can. Both will be available in two colour schemes: an HRC-inspired Grand Prix Red and a Matte Pearl Black.

The recently revealed CRF1100L Africa Twin and CRF1100L Africa Twin Adventure Sports will also make their European motor show debut at EICMA 2019. Powered by a lighter more powerful 1100cc parallel twin engine – increasing both power and torque while meeting Euro5 requirements – both versions of the Africa Twin use a lighter, narrower frame, improving both agility and comfort. A first for Honda, the Africa Twin comes complete with a new 6.5in TFT colour touchscreen interface. 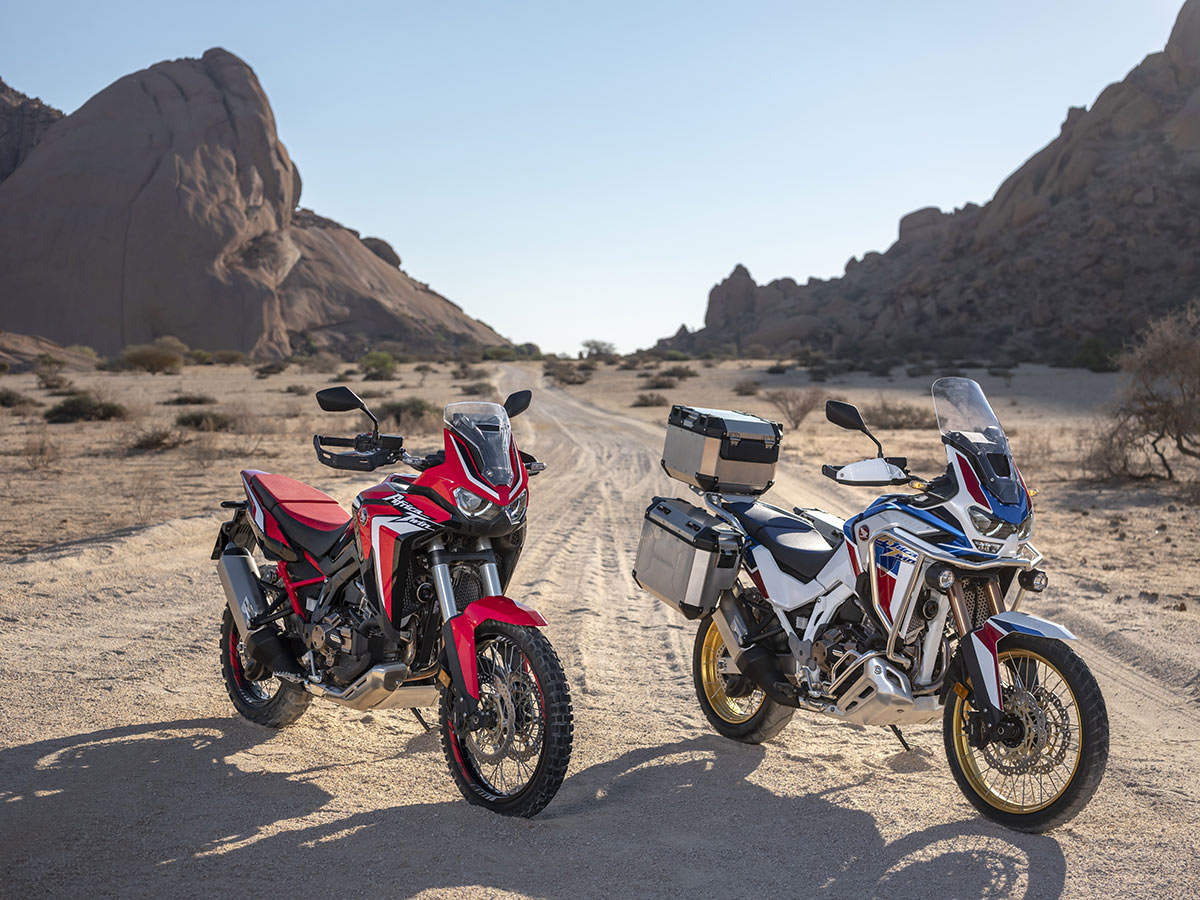 Honda’s flagship Neo Sports Café naked machine – the CB1000R – combines classic lines with a modern feel and exhilarating performance. Since its 2018 introduction, it has inspired a wide range of customisations, and for 2020, subtle cosmetic changes further enhance its premium look and commanding road presence.

Replacing silver accents, an all-black triple clamp and stem are complemented by a new Metallic Matte Ballistic Black headlight surround. Colour changes to the rear spring and front brake discs are capped off with a striking silver racing stripe running up the spine of the fuel tank.

The market-leading SH125i is practically a brand-new machine for 2020. Building on a million-selling heritage stretching back to the SH50 introduced in 1984, for 2020 the SH125i is equipped with a more powerful and efficient engine mated to a sleek, restyled body that offers over 50% more storage space thanks to its redesigned frame. 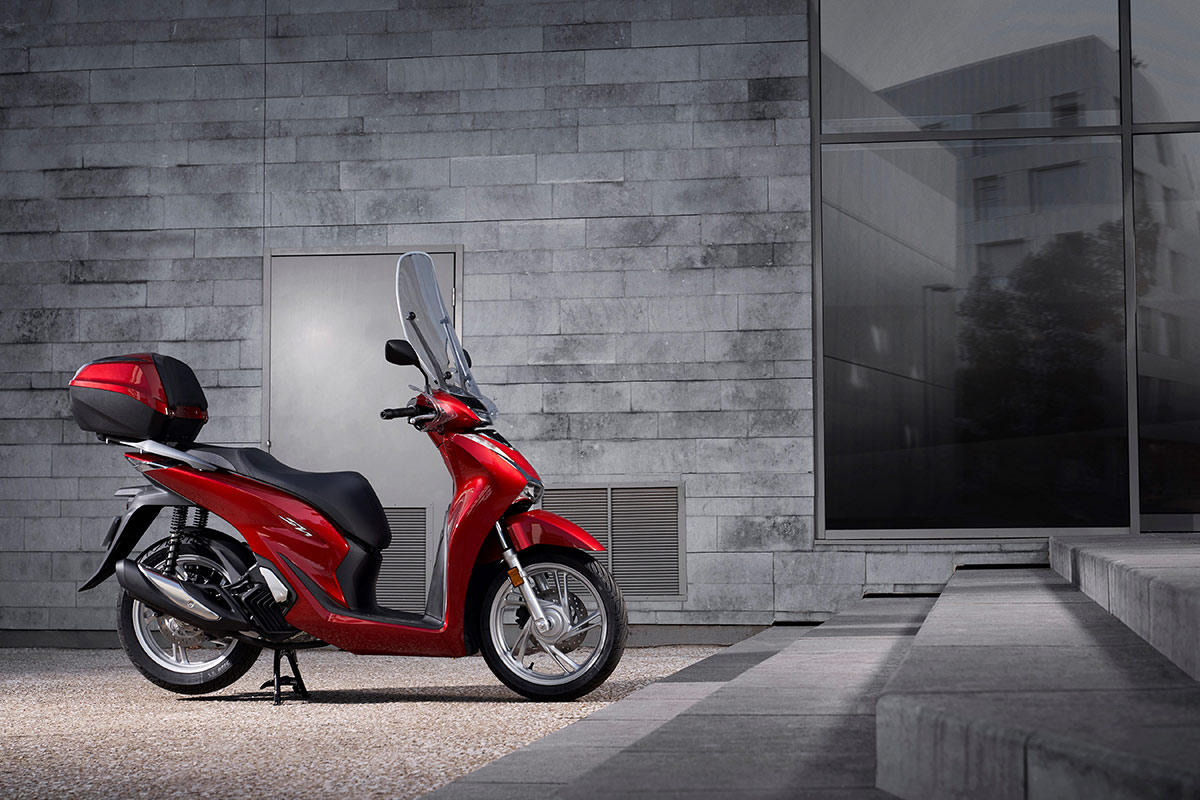 The newly redesigned frame not only improves handling but also frees up extra and ever-useful internal storage space, with the SH now offering up to 28L of under-seat storage. The inclusion of a USB charger, Honda Smart Key – which now operates together with the new Smart top box – and the optimisation of the rear suspension geometry enhances both practicality and comfort.

For 2020 the SH125i will again be joined by the SH150i, featuring all the same exciting updates and innovations.