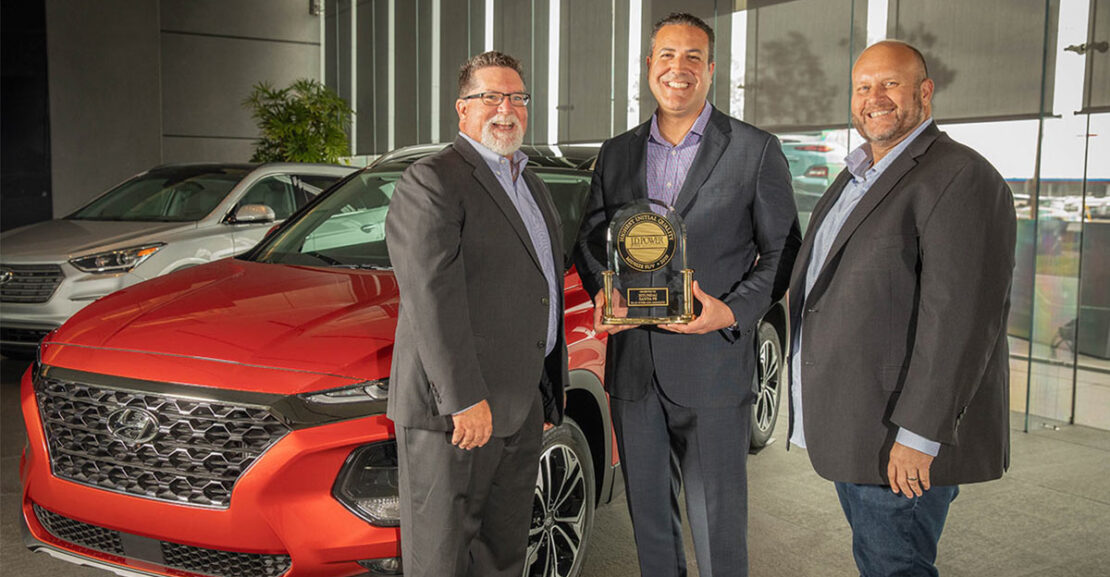 New-vehicle quality across the entire Hyundai lineup resulted in the company being ranked as the second-highest non-premium brand in J.D. Power’s 2019 U.S. Initial Quality Study (IQS)SM for the second consecutive year. Hyundai owners reported three fewer problems per 100 vehicles (PP100) than in 2018 as Hyundai also maintained its third overall ranking with a significant 12 PP100 fewer than the fourth place brand. 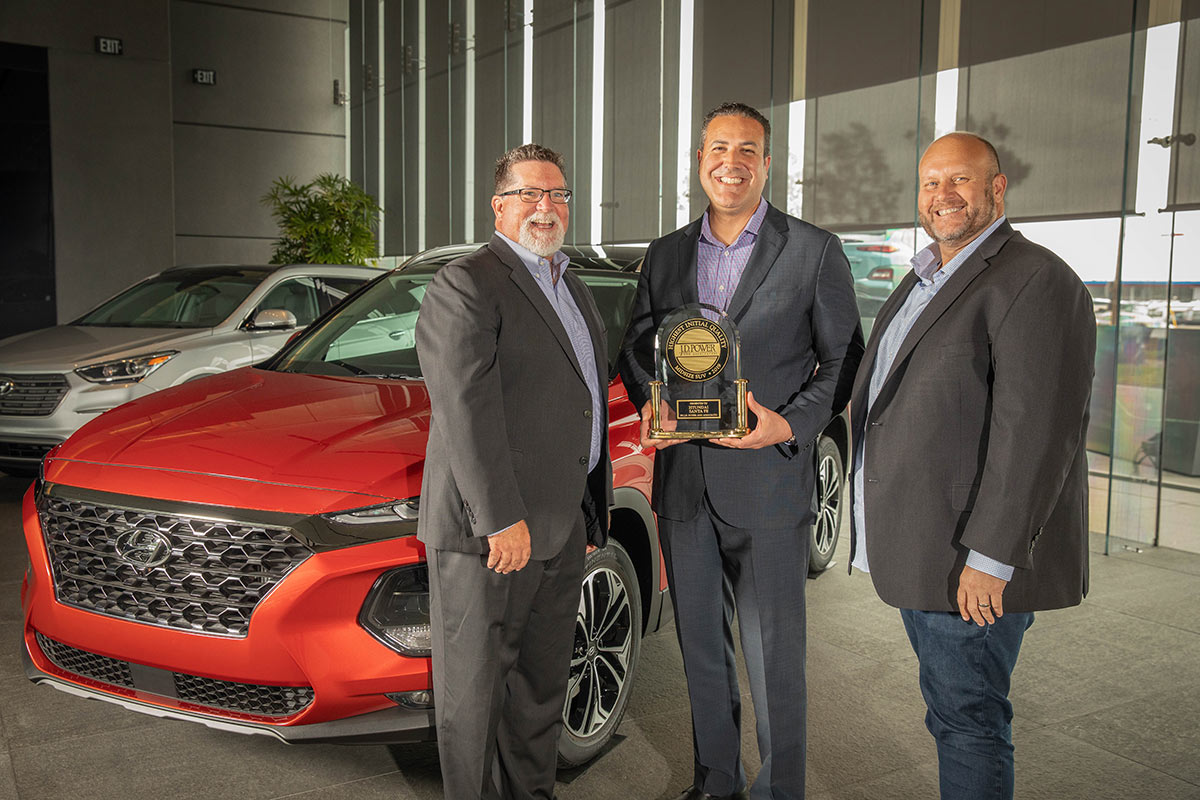 In the model segments, the all-new Hyundai Santa Fe received the midsize SUV award and was one of only three vehicles to win one of the 21 segments in its launch year. Hyundai’s entire lineup performed well with Tucson, Elantra, Accent and Veloster all finishing second in their respective segments, while Kona and Sonata each were third.

As a brand, Hyundai ranked first in two of the eight categories with the fewest reported ACEN (Audio, Communication, Entertainment, and Navigation) and seat problems. J.D. Power also classifies problems as either design or defect/malfunction and Hyundai finished with the lowest number of design-related problems among non-premium brands.

J.D. Power measures initial quality by the number of problems owners experience per 100 vehicles during the first 90 days of ownership, with a lower score reflecting higher quality. Hyundai had 71 PP100, outpacing the industry average of 93 PP100.

In its 33rd year, the 2019 U.S. IQS is based on responses from 76,256 purchasers and lessees of new 2019 model-year vehicles who were surveyed after 90 days of ownership. The study is based on a 233-question battery organized into eight vehicle categories designed to provide manufacturers with information to facilitate the identification of problems and drive product improvement. The study was fielded from February through May 2019 with rankable data compiled on 32 brands, 191 models and 142 assembly lines.