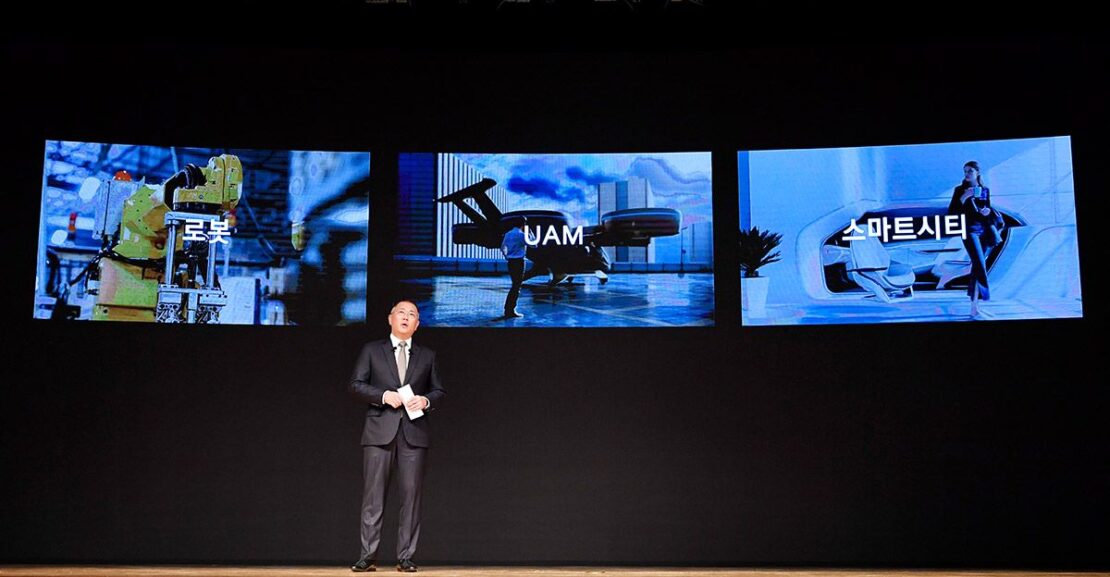 Hyundai Motor Group has outlined its innovation priorities and strategic direction to engineering sustainable growth as a “game-changer” in diverse industries for 2020. Executive Vice Chairman Euisun Chung announced the motor group’s 2020 business direction in a New Year’s address.  In the 2019 New Year’s address, Chung highlighted the Group’s key objective as “taking a leap as a game-changer capable of setting the rules of the market.” The objective has served as a guiding principle for the Group’s comprehensive transformation covering everything from large-scale investments and partnerships to micro-level operations, as effectively carried out throughout 2019. 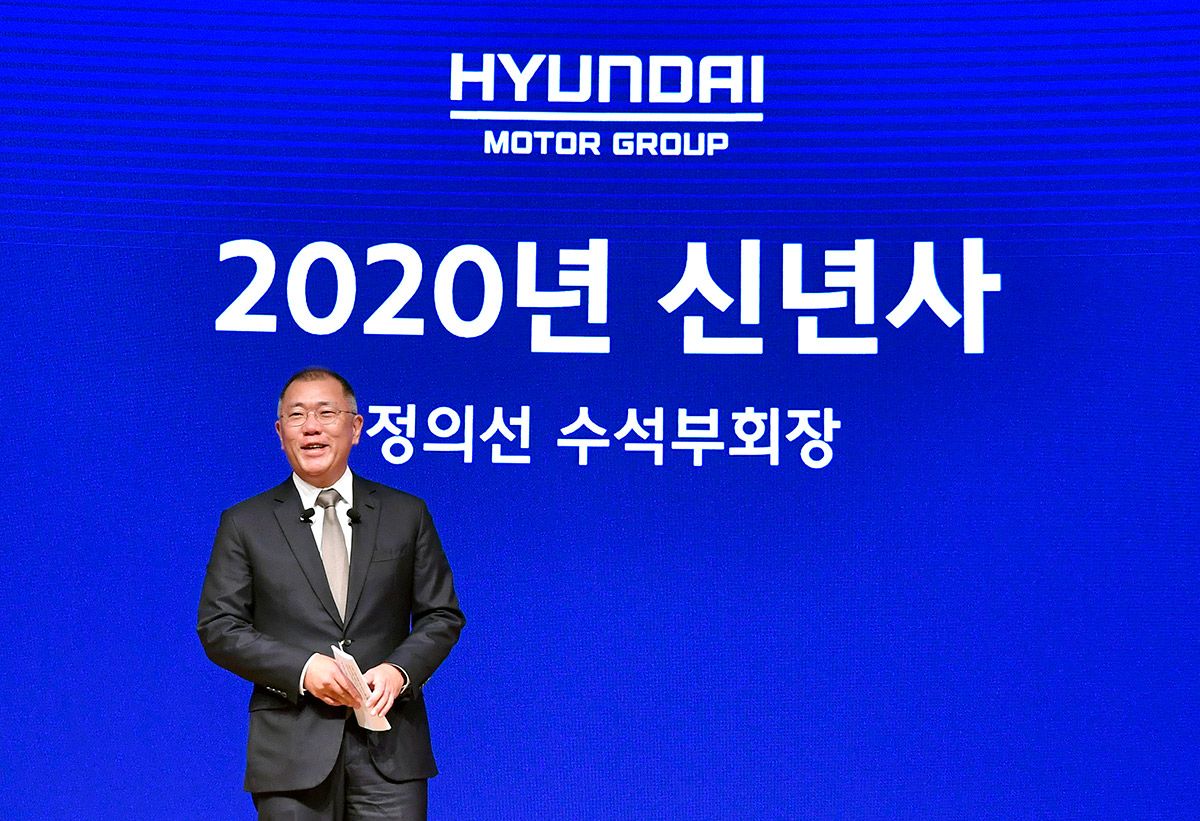 In particular, Chung expounded the Group’s objectives for this year and beyond as achieving innovations in technology, business, corporate culture, and customer prioritization. He shed light on the Group’s commitment to continuing its leadership in future industries such as electrification, autonomous driving and mobility services, as well as its efforts to enhance the quality of its business operations in all sectors.

Also included in the 2020 New Year’s message was the plan to actively pursue new technologies and projects that can provide human-centered smart mobility solutions in a wide range of areas, including robotics, Urban Air Mobility (UAM) based on the use Personal Air Vehicles (PAV) and smart city solutions, all of which would progress alongside automobile-based innovations. 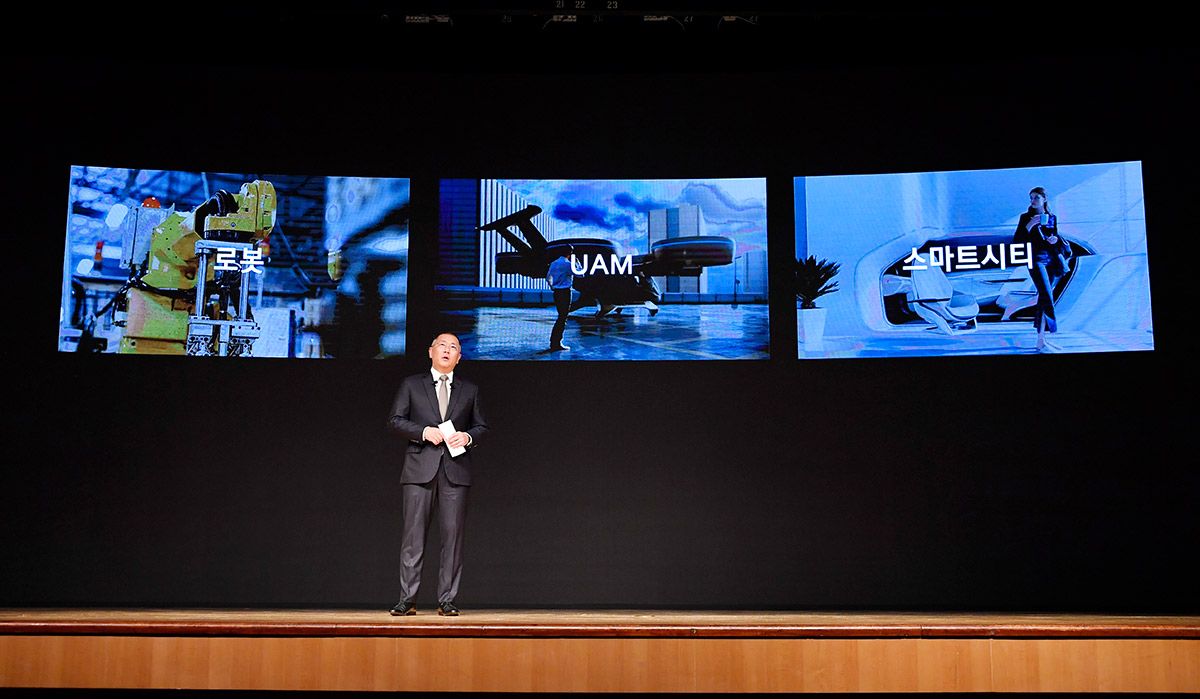 To consolidate the company’s leadership in vehicle electrification,  the group’s electrified lineup, which comprised 24 models in 2019, will be expanded to 44 models by 2025, including 13 hybrids, six plug-in hybrids, 23 battery electric vehicles, and two fuel- cell electric vehicles.  The plan focuses on securing Hyundai’s leadership in vehicle electrification, expansion of the hydrogen industry ecosystem and self-driving commercialization, as well as the progressive expansion of its mobility services businesses. This year, the Group will further bolster the sales of electrified models, adding hybrid and plug-in hybrid variants to its best-selling SUV models, including Kia Sorento, Hyundai Tucson, and Hyundai Santa Fe.

In 2019, the Group signed an agreement with Cummins Inc., a global leader in the engine and generator fields, to jointly develop and commercialize electric and fuel-cell powertrains combining Hyundai’s fuel-cell system and Cummins’ electric powertrain, battery and control technologies. The Group will start exporting its fuel-cell systems to Cummins and enter the U.S. market this year, followed by the European market.

In the future, the Group plans to supply fuel-cell systems to the transport sector — covering vehicles, vessels, railcars and forklifts — and power-generation sector — covering electricity production and storage — thereby delivering some 200,000 fuel-cell systems per year around the world by 2030. The Group will simultaneously establish a 500,000 units-per-year capacity for FCEV production in Korea. 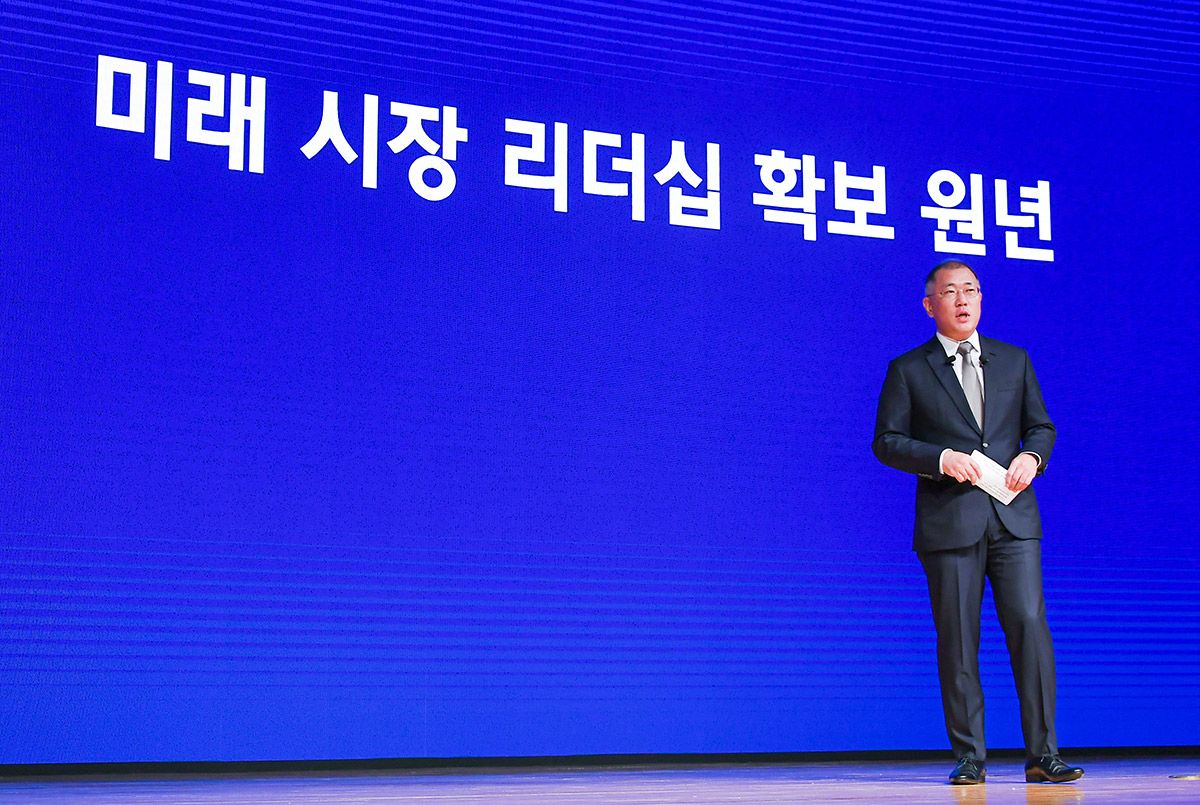 The Group will strengthen its cooperation with partners in Korea such as Hydrogen Energy Network (HyNet), as well as partners overseas including Saudi Aramco, to expand the supply of hydrogen and charging stations. In addition, the Group will broaden its strategic collaboration with related enterprises around the world to set up hydrogen infrastructures.

HMC also aims to accelerate the development of autonomous driving software technology and commercialize self-driving vehicles with SAE Level 4 and Level 5 technology in the near future to lead the industry.  After developing an autonomous driving platform by 2022, the Group will operate autonomous vehicles in select regions in 2023, and lead to commercial productions by the second half of 2024.

The group will continue to expand collaboration with car-sharing services, vehicle subscription services, and mobility platform companies. The EVC also said the Group will develop new technologies and businesses such as robotics, UAM based on PAVs and smart city development alongside automobile-based innovations. Hyundai Motor Company recently revealed images of its future mobility solutions via connection of the PAV, Purpose Built Vehicle (PBV) and Hub, the last of which is a take-off and landing platform for PAVs and point of arrival and departure for PBVs, as well as a site for communal activities. These concepts, as part of Hyundai Motor Company’s human-centered mobility vision, will be presented at the CES 2020. 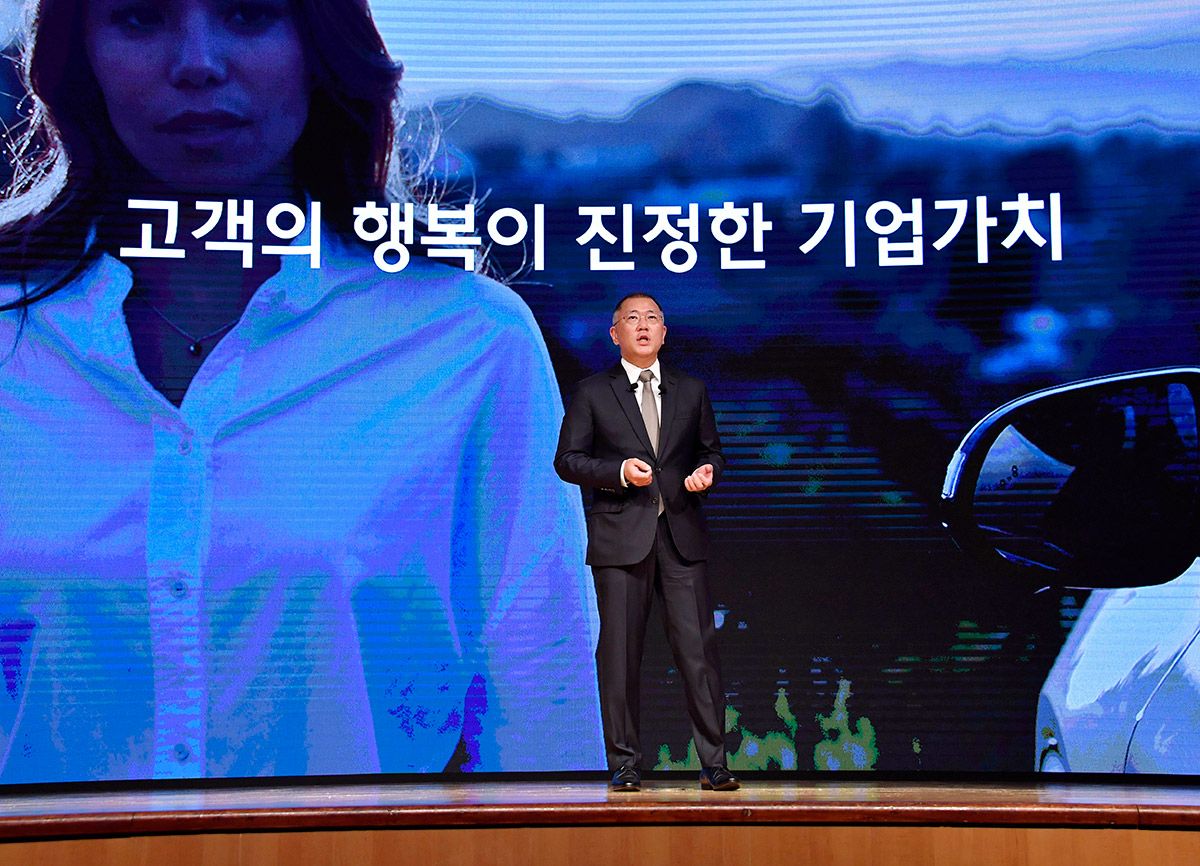 Hyundai Motor Company created the ‘Human-Centered City Advisory Group’ and is undertaking various discussions on the future city aimed at enabling the creation of new human-centered values. It is also running a project that researches the future city’s policy and structural transformation by 2050.

Through a new EV architecture development system, Hyundai Motor Group will innovate its cost structure for electric vehicles by sharing components in their application to various models. It will also increase the profitability and volume of each model through lineup optimization. It will streamline operation networks and introduce new sales methods, while securing a flexible production system that can respond to the fluctuating global demand.

Since 2019, Hyundai Motor Group has begun improving its corporate culture and system. To nurture an autonomous and collaborative culture centered on work, the Group has expanded the autonomy and opportunity available to all employees. The aim is to accelerate the innovation of employees’ ways of thinking and working.

In closing this year’s address, he expressed gratitude to all employees past and present as well as people from partner firms for their tireless efforts at enabling the Group’s progress over the years.