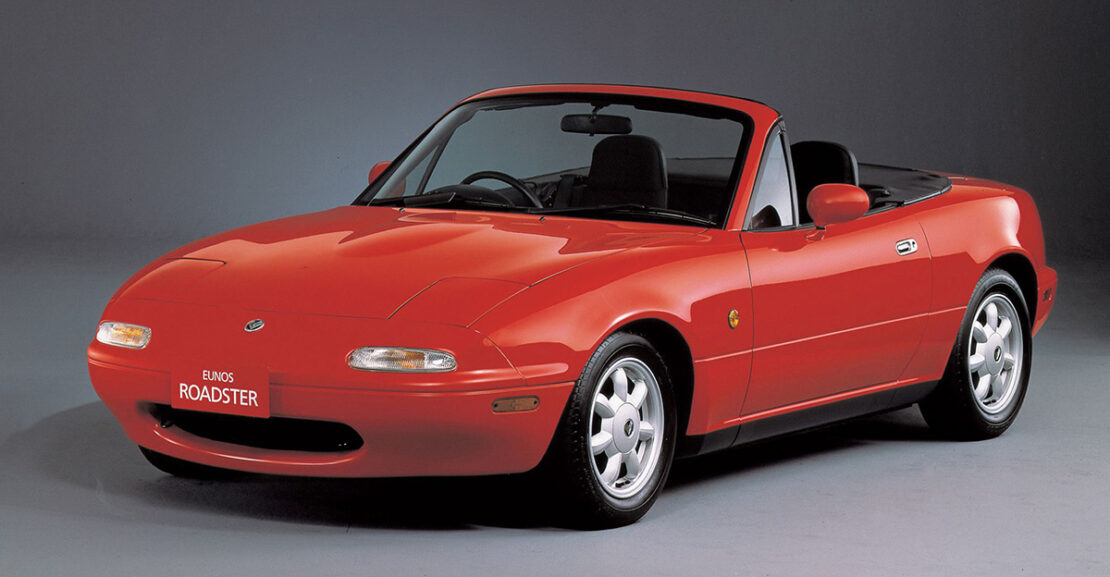 Mazda recently celebrated its 100th anniversary with a ceremony at its Hiroshima headquarters that starts a year of events including the 2020 Geneva Motor Show during which the company will remember its past and look to the future.

Along the way Mazda was the first Asian brand to win Le Mans in 1991, commercially launched the rotary engine in the iconic Cosmo Sport 110S, created the world’s best-selling two-seat roadster, the Mazda MX-5, which has sold over one million cars since its launch in 1989 and introduced the first compression-ignition petrol engine, the Skyactiv-X. 100 years ago Mazda was a Hiroshima cork producer until Jujiro Matsuda, an industrialist, took charge of Toyo Cork Kogyo Co., Ltd in 1921 and transformed the business first into a machine tool producer and then a vehicle manufacturer. 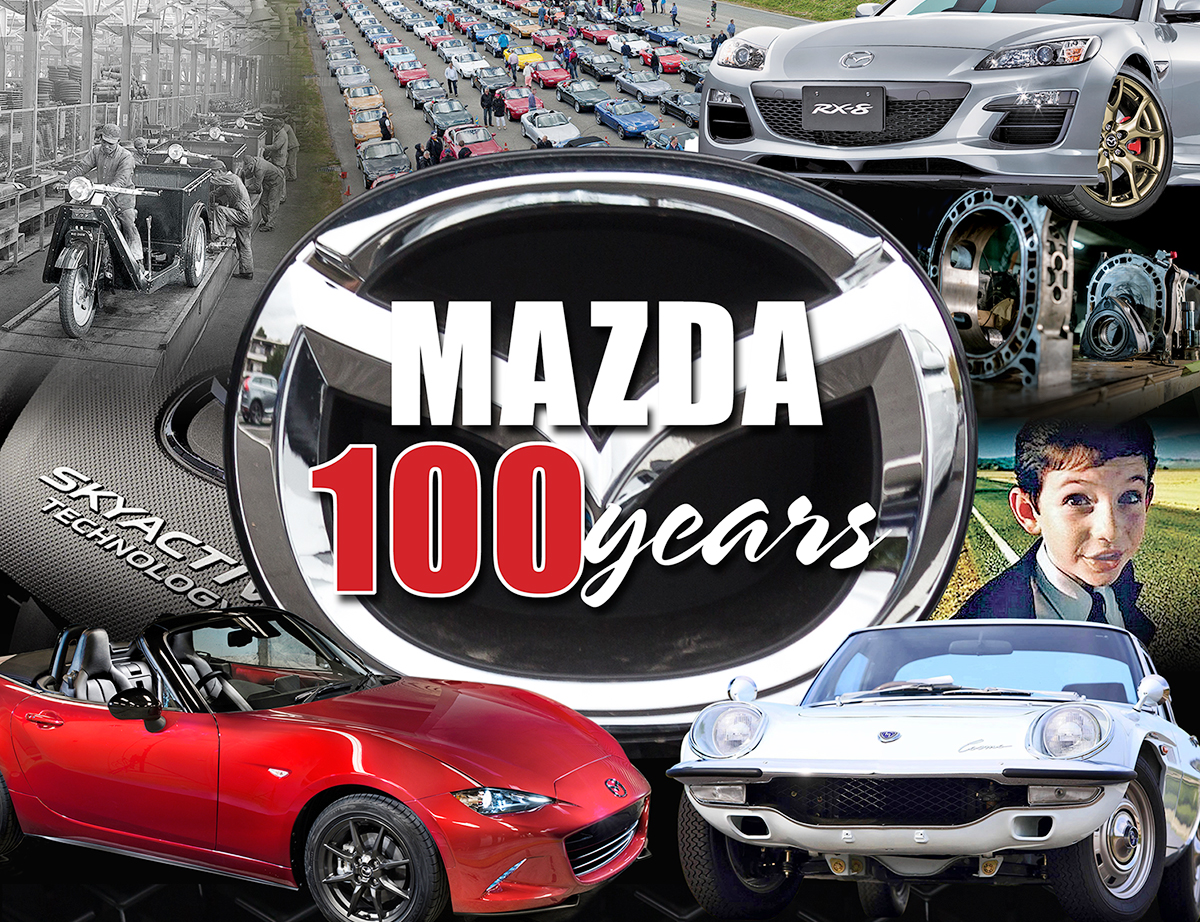 The first model was a three-wheeled truck – the Mazda-Go – that went on sale in 1931. It proved popular and underwent continual improvement, for example receiving an innovative four-speed transmission in 1938 that reduced fuel consumption by 20%. After the Second World War, truck manufacturing resumed only a few months after the atomic bombing of Hiroshima. 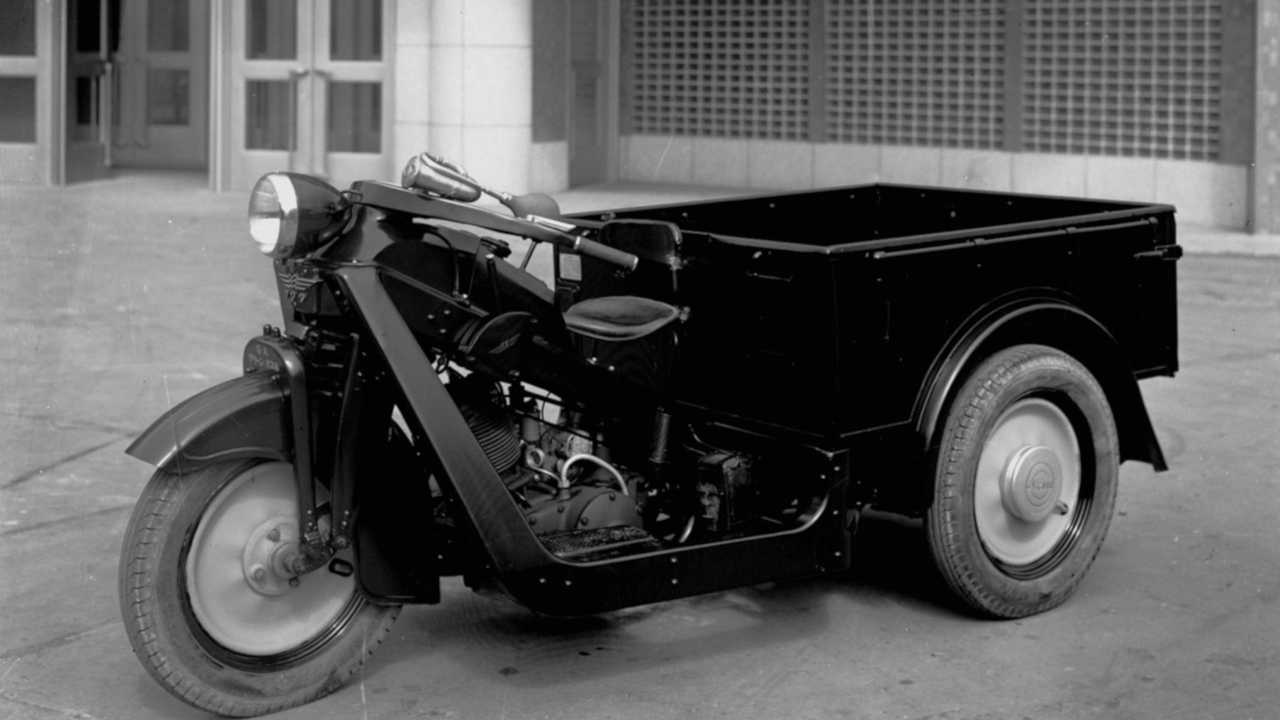 Commercial vehicles remained in the focus after the war and the first passenger car arrived in 1960 with the Mazda R360. The car was a hit in Japan’s budding kei-car segment, paving the way for the successful line-up of Mazda cars that we see today. In 1961, the company signed a licensing deal with German carmaker NSU to develop and produce its new compact, lightweight Wankel rotary engines. The engineers in Japan then pulled off what many thought impossible. 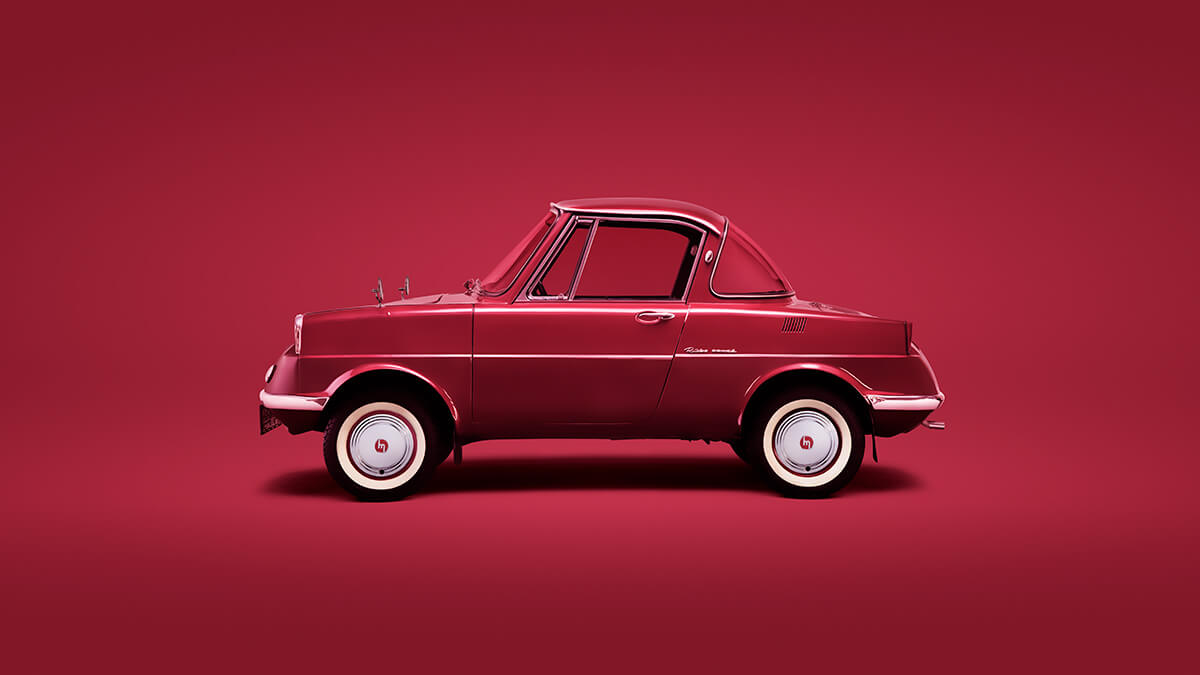 In 1967, the futuristic Mazda Cosmo Sport 110S became the world’s first production model with a rotary engine. It was the start of a remarkable success story that would see the brand launch numerous models including the Mazda RX-7 and sell almost two million rotary-powered vehicles over the years. Mazda would also prove its technological prowess on the track, becoming the first Asian manufacturer to win the grueling 24 Hours of Le Mans in 1991 with the four-rotor Mazda 787B – the only victorious car with a non-piston engine. 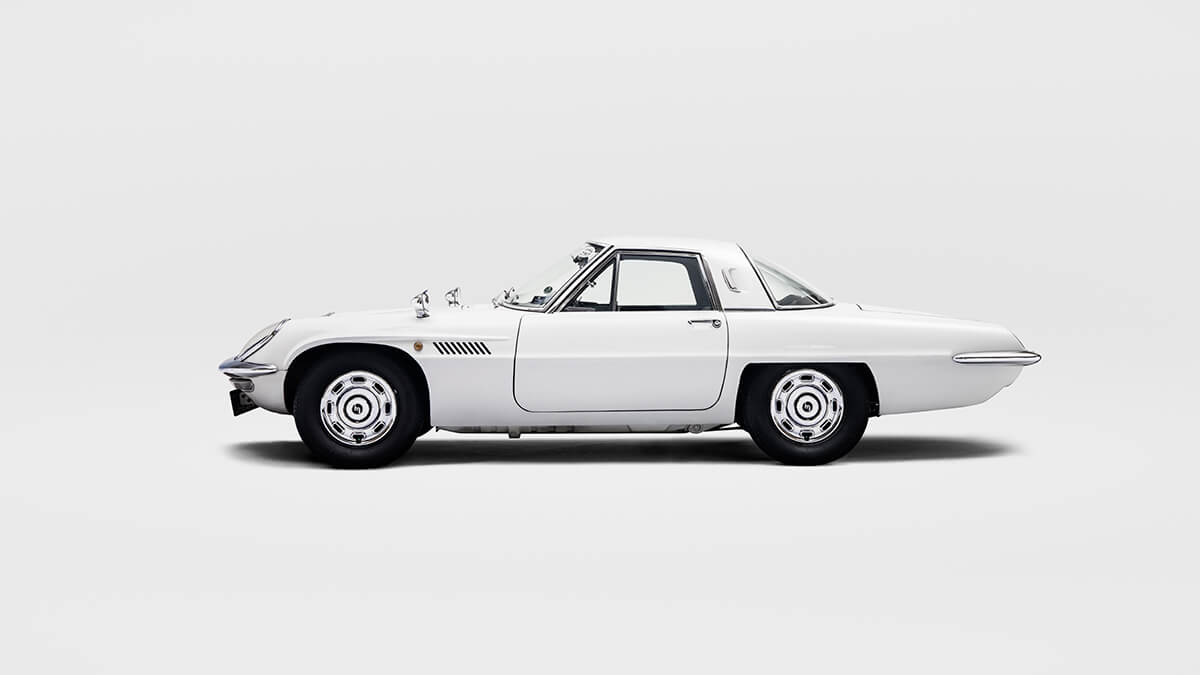 The Mazda rotary engine inspired Mazda’s ground-breaking Skyactiv Technology range of engines, transmissions, platforms and car bodies optimized in the name of maximum efficiency and to bring Jinba Ittai, the connection between car and driver, to all Mazda models. Whilst the rotary engine was an example of Mazda’s devotion to fun-to-drive cars, it was after the company name officially changed to Mazda Motor Corporation in 1984 that it really showed its love of driving with the launch in 1989 of a lightweight roadster called the Mazda MX-5 a time when two-seater convertibles were virtually extinct. Today, four model generations later, the Mazda MX-5 remains the top-selling roadster in history, having surpassed the one-million-production-units mark in 2016. 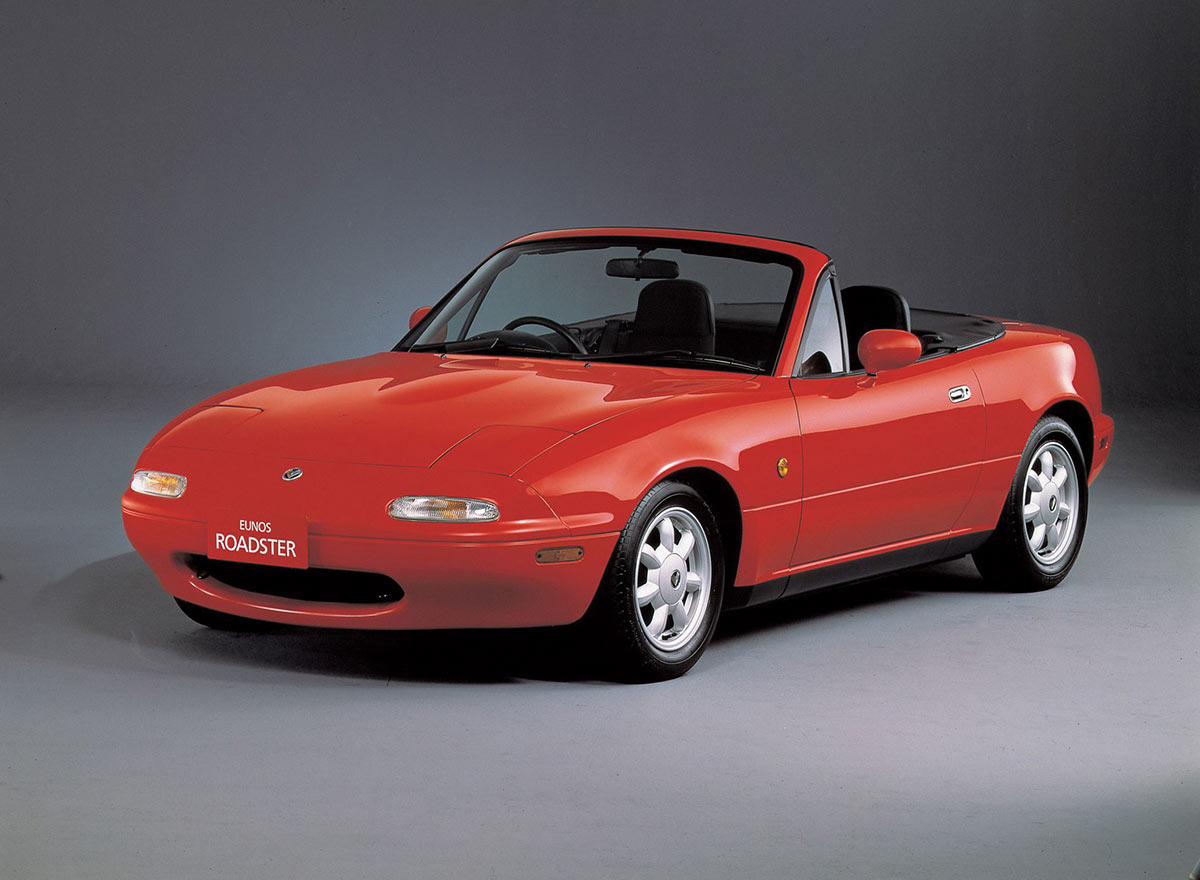 It is the love of driving that is the DNA found in the whole Mazda range today and will remain for the next 100 years as the automotive industry continues to go through significant change.  Today, Mazda has a range of cars, designed using the Kodo – Soul of a Motion design language that are winning awards across the globe and the brand continues to defy convention with the launch of its first electric vehicle, the Mazda MX-30. 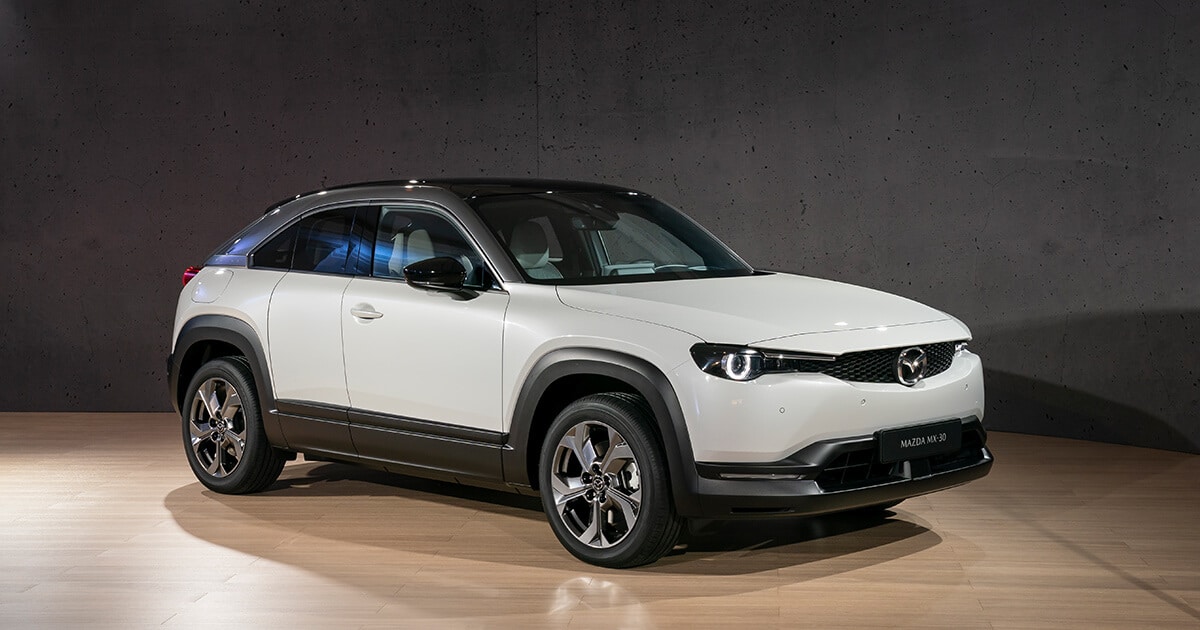 A model for the future, it also pays respect to Mazda’s past with a cabin featuring eco-friendly cork, harking back to the company’s humble beginnings as Toyo Cork Kogyo. “As we look ahead to the next 100 years, we will continue to challenge ourselves to create unique products, technologies, and experiences that our customers love,” said President and CEO Akira Marumoto.