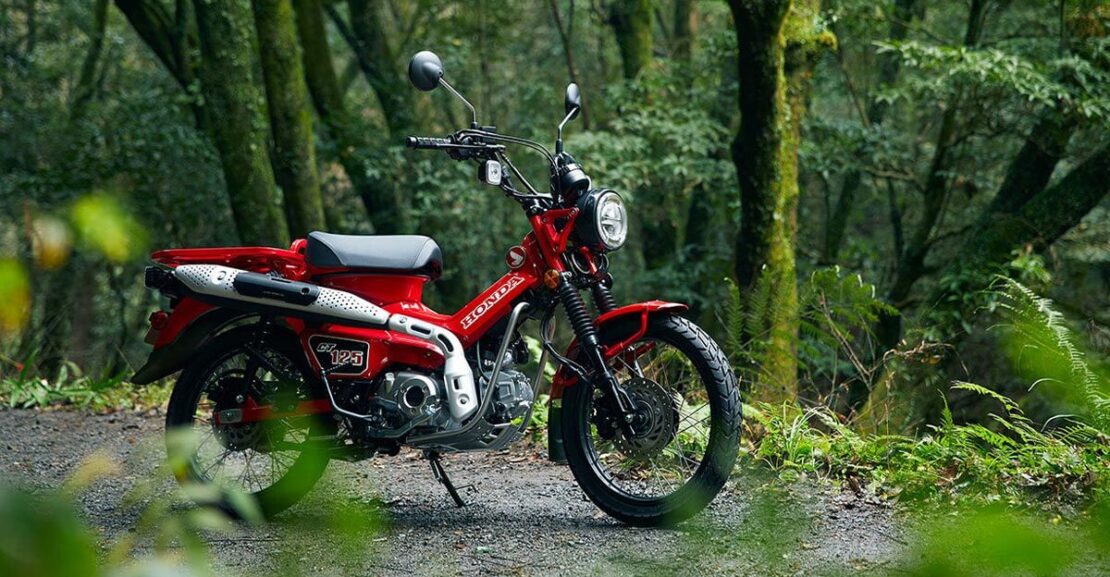 The very first Super Cub C100 was introduced in 1958, Honda’s 10th year of existence. Designed by Soichiro Honda and his long-time business partner Takeo Fujisawa, its stated aim was straightforward: ‘to provide the joy of playing a useful part in people’s lives’. Nearly 60 years later, in 2017, the 100 millionth Super Cub was built, making it the most popular motorcycle in the world. Now, three years later, Honda has launched a pint-sized adventurer based on the same Super Cub. Meet the CT125 Hunter Cub/Trail, a leisure-oriented moped with one word in mind: Adventure. 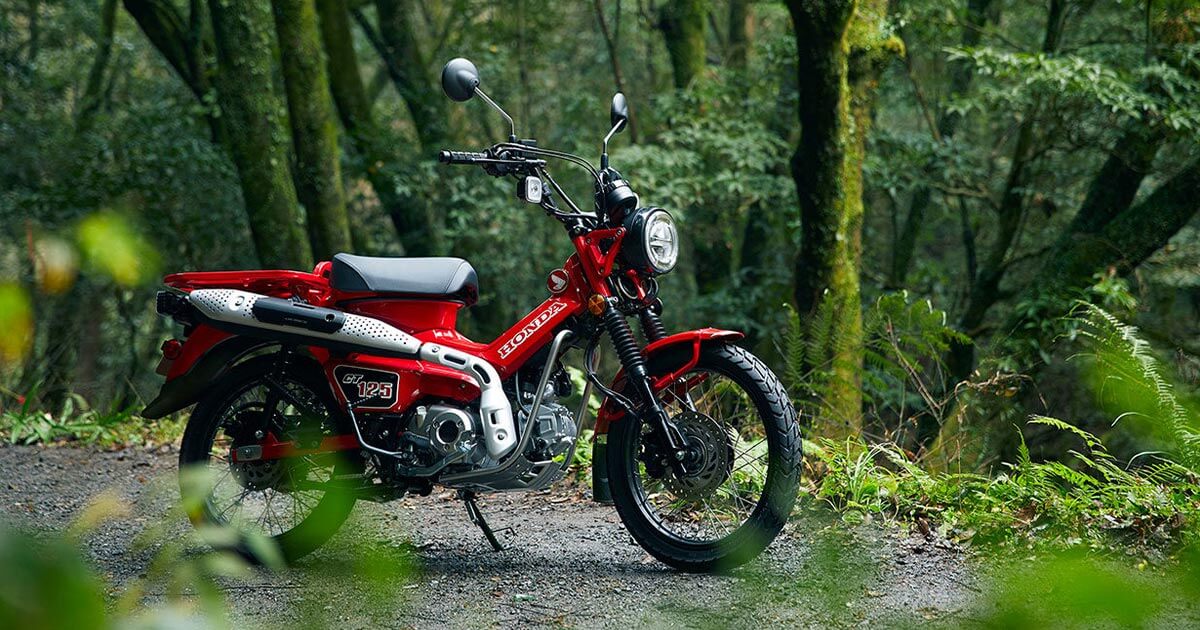 Inheriting the original “CT” concept, the CT125 is designed to take the road less traveled. It features a steel front fender and a high scrambler-style exhaust, a wide and large rear carrier, high-mount air intake duct, and side air cleaners. According to Honda, the all-new moped is a trekking bike that is equipped with functions that will allow the rider to enjoy riding it in the outdoors.

The motor is an air-cooled four-stroke overhead cam 124cc single-cylinder unit with an automatic centrifugal clutch and semi-automatic four-speed transmission. Honda claims a peak output of 8.7 hp at 7000 rpm and 10.9 Nm at 4500 rpm. 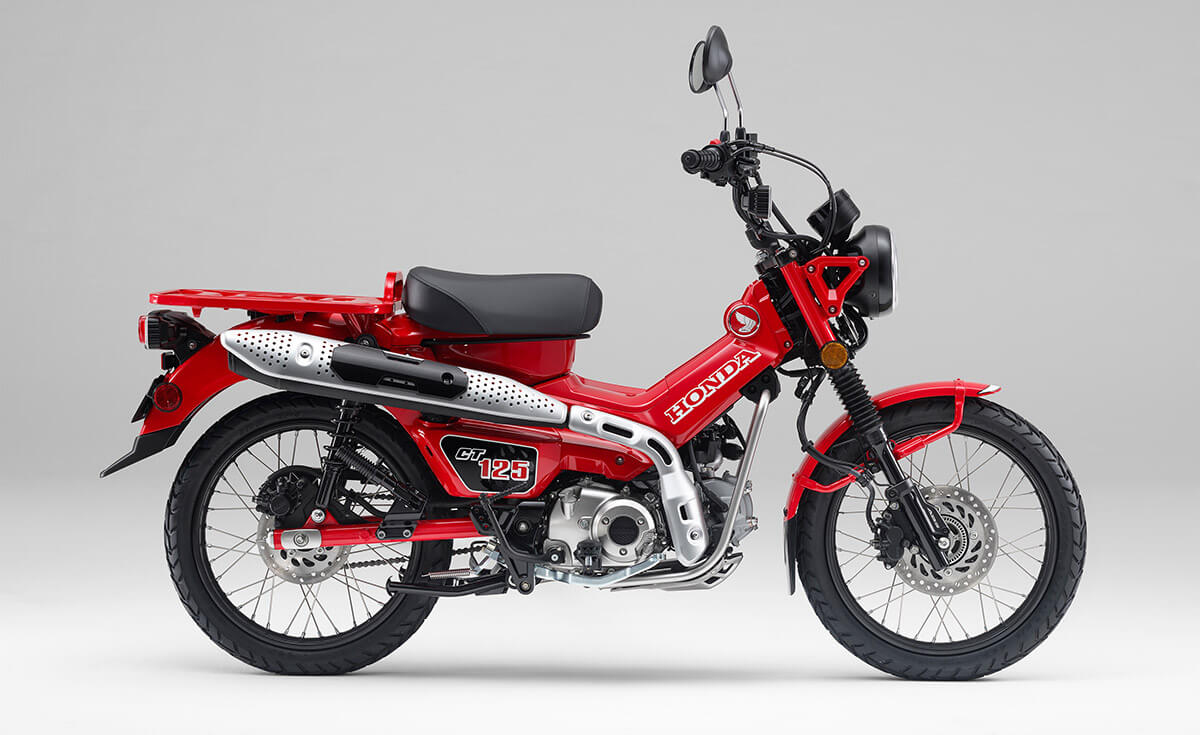 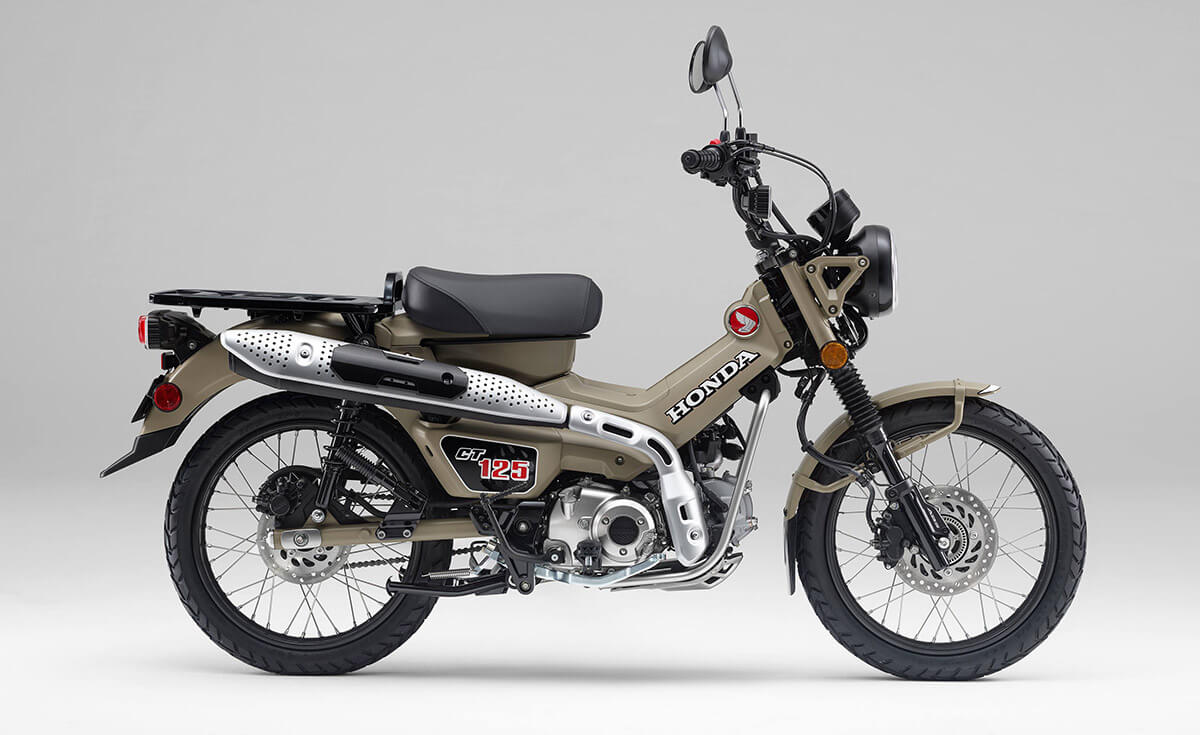 The moped’s front fork offers 4.3 inches of travel versus the Super Cub’s 3.5 inches for better off-road handling. It uses a 39-tooth rear sprocket as opposed to the 36-tooth design on the Super Cub. Braking duties are carried out by disc brakes on both wheels. A single-channel ABS does come standard on the CT 125 Hunter Cub. Honda claims a ground clearance of 165mm.

Its off-road capability is further aided by a pair of spoked wheels wrapped in dual-purpose tyres, a bash plate to protect the forward-pointing engine, a kick-starter , and a slightly larger fuel tank (5.3-litres vs. the Super Cub’s 3.7-litres). And at 120kg, you can actually take it anywhere. 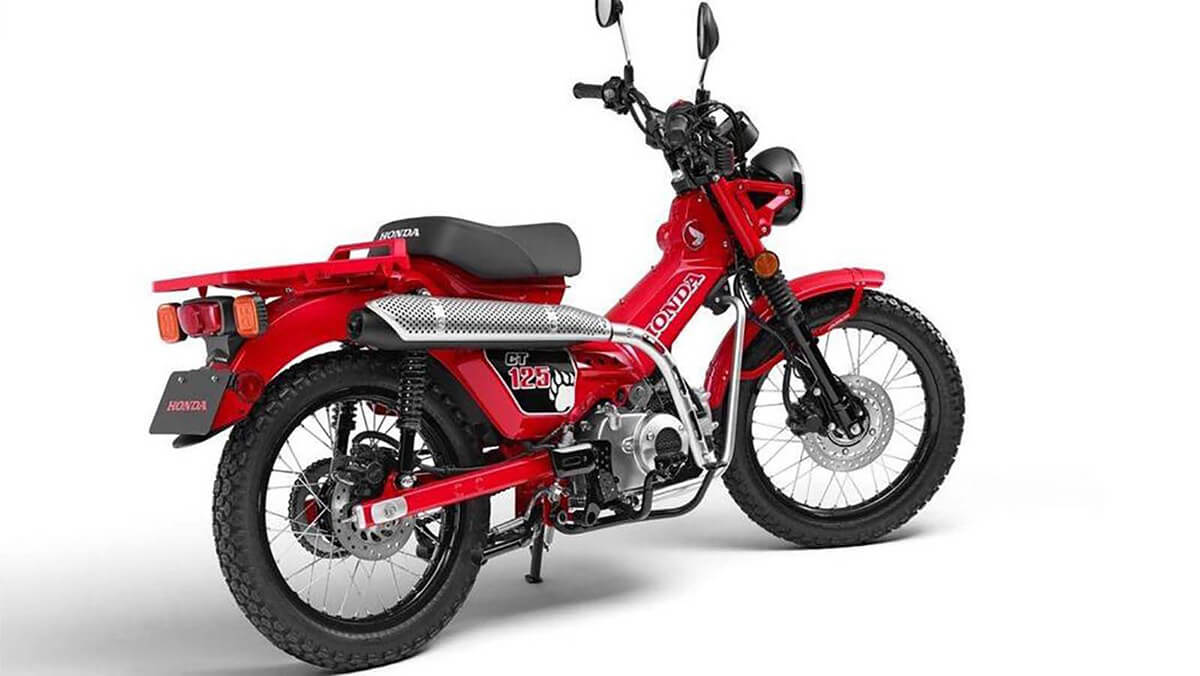 For Japan, Honda is offering the Hunter Cub in two color options: Glowing Red and Matte Fresco Brown. It will also be sold in Europe and America as ‘Trail 125’.

Will Honda bring this quirky little adventure in the Nepalese market? Given the model’s 440,000 Japanese Yen price tag (Nrs 4.8 Lakhs), we don’t think the CT125, the most expensive moped in the company’s line-up, will ever see the light of day here.