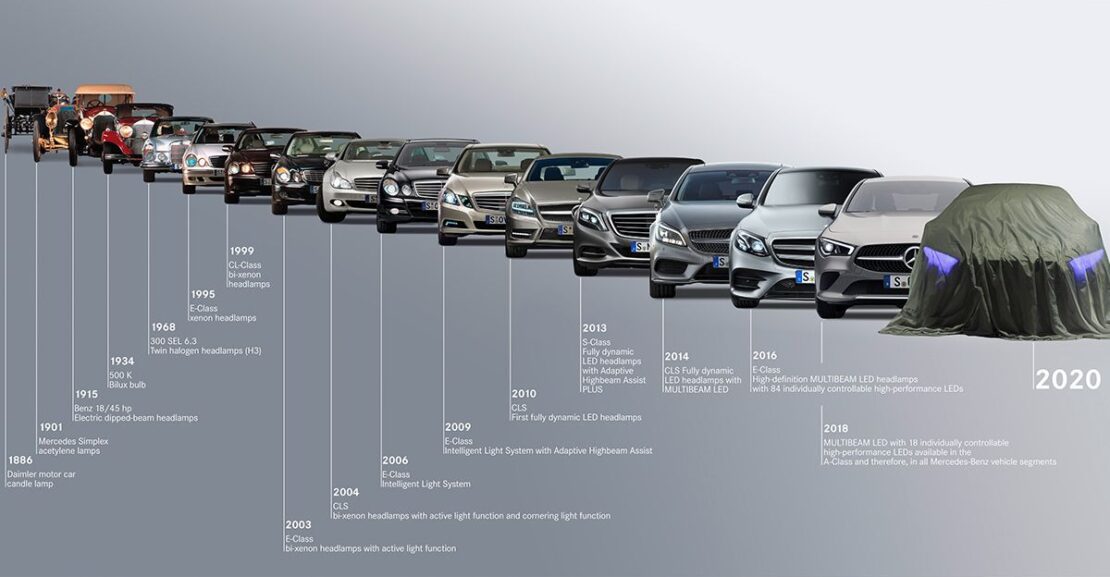 Seeing and being seen: both are only possible with the help of light. And both are essential for road safety. Even the first cars had the simplest of headlamps. Today there are state-of-the-art light concepts such as DIGITAL LIGHT, with which Mercedes-Benz lives up to its tradition of high safety standards.Vehicle lighting has long been about much more than a vehicle’s light source. It also enhances convenience and design.

From candlelight in 1886 to cutting-edge light concepts such as DIGITAL LIGHT − the inventor of the automobile has introduced numerous lighting innovations. 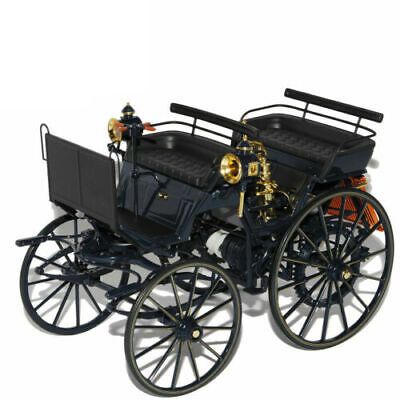 1886: Like their technical predecessor, the horse-drawn carriage, the world’s first cars were equipped with candlelit lanterns offering just a few metres of visibility. Driving in the dark was therefore something of an adventure. Petroleum and carbide lamps shone a little more light into the dark, as did the introduction in around 1910 of the first (battery-powered) electric headlamps, which became increasingly prevalent in the 1920s. The advantage is that electric headlamps meant an end to tiresome lighting and extinguishing. Later versions could even switch between main and dipped beam. Initially the headlamps were dipped by means of a mechanically actuated, movable ring over the bulb. 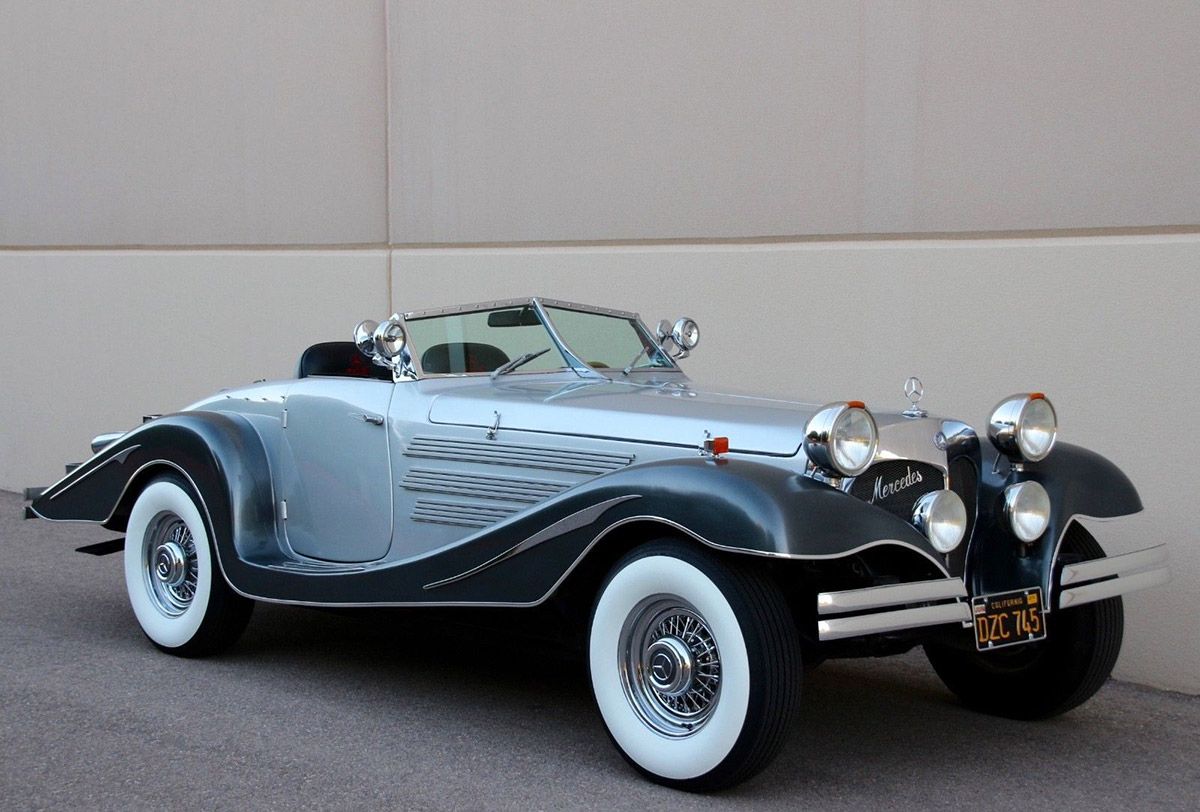 1934: Mercedes then unveiled Bilux lights in the 500 K (W29) model. These combined main beam and dipped beam in a reflector. To this end, the dual-filament bulb produced two beams of different strength and angle. 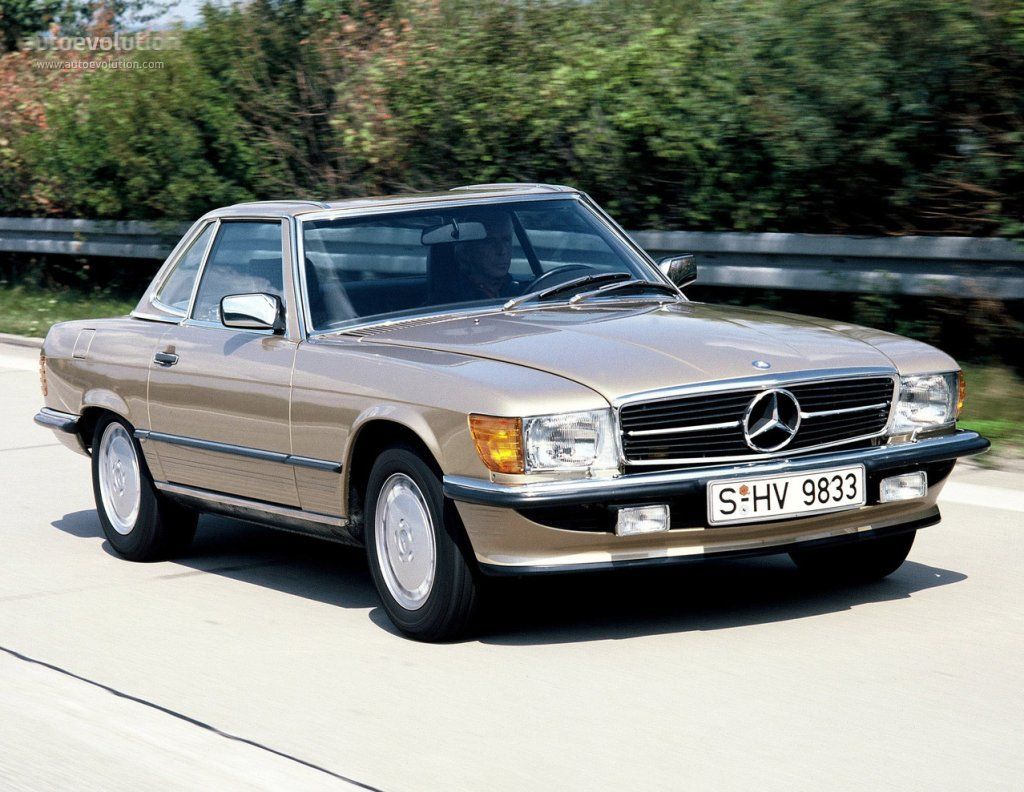 1971: The Mercedes SL (R107) marked the introduction of the H4 bulb in cars. It was the first bulb to feature halogen technology for main and dipped beam, and immediately doubled visibility. 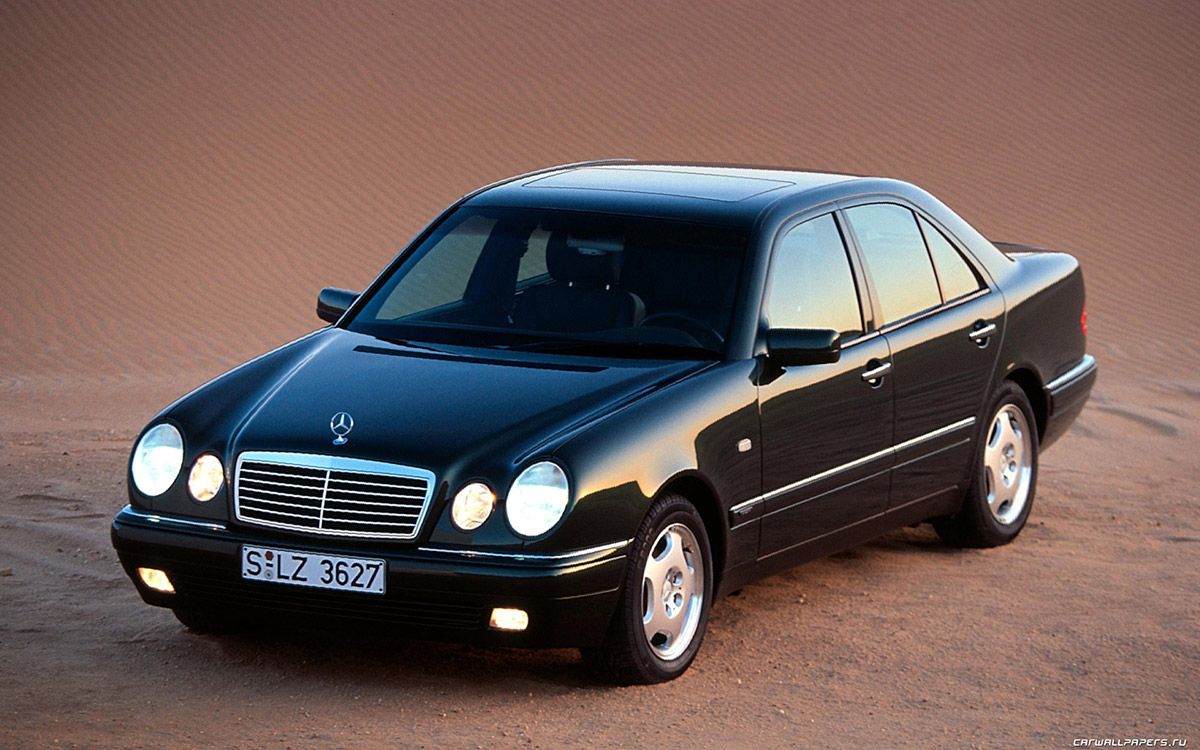 1995: Xenon headlamps with dynamic range control in the E-Class (W210). Xenon gas-discharge lamps were a brilliant idea in every sense of the word. They tripled light emission compared with halogen lamps, lasted longer, consumed less power and also produced a light colour more similar to that of daylight, which made driving at night less strenuous. There was less dazzling of other road users thanks to dynamic range control. 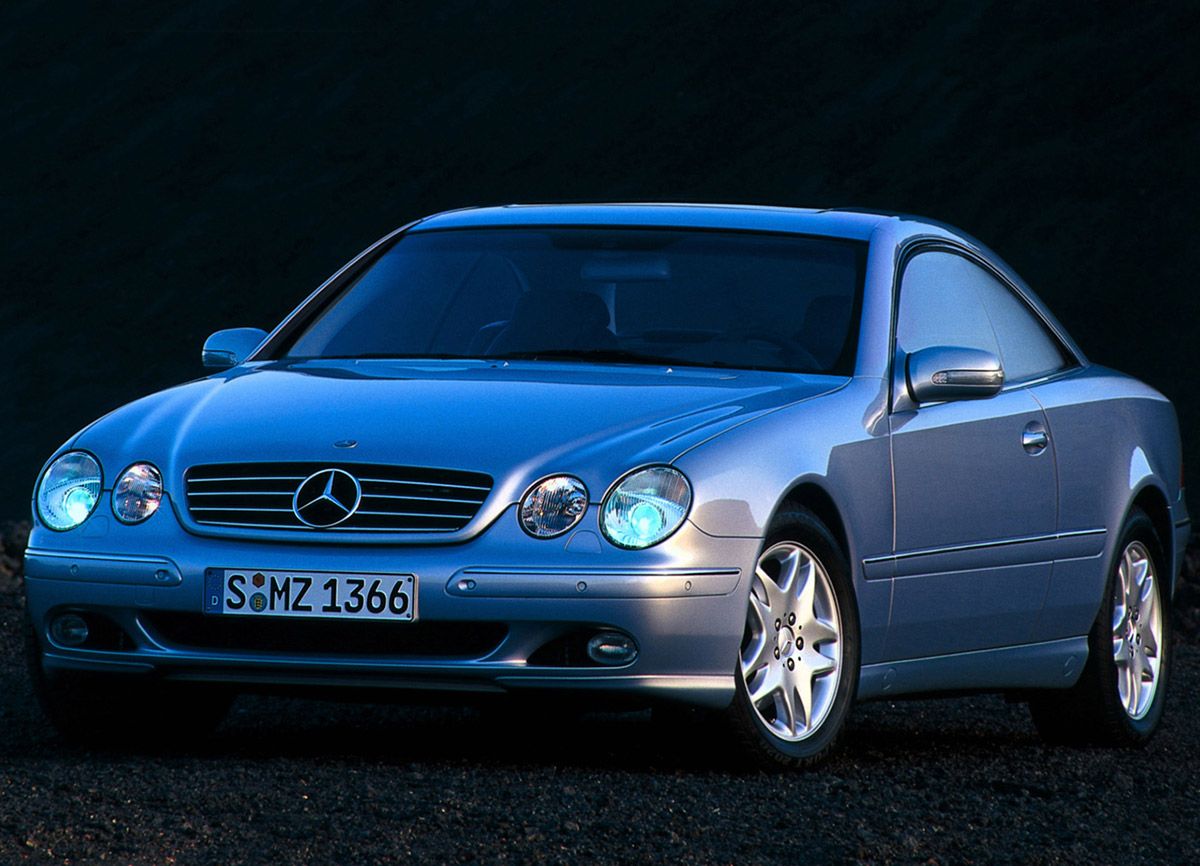 1999: The Mercedes CL (C215) featured bi-xenon technology in which the main beam was also based on gas discharge for the first time. 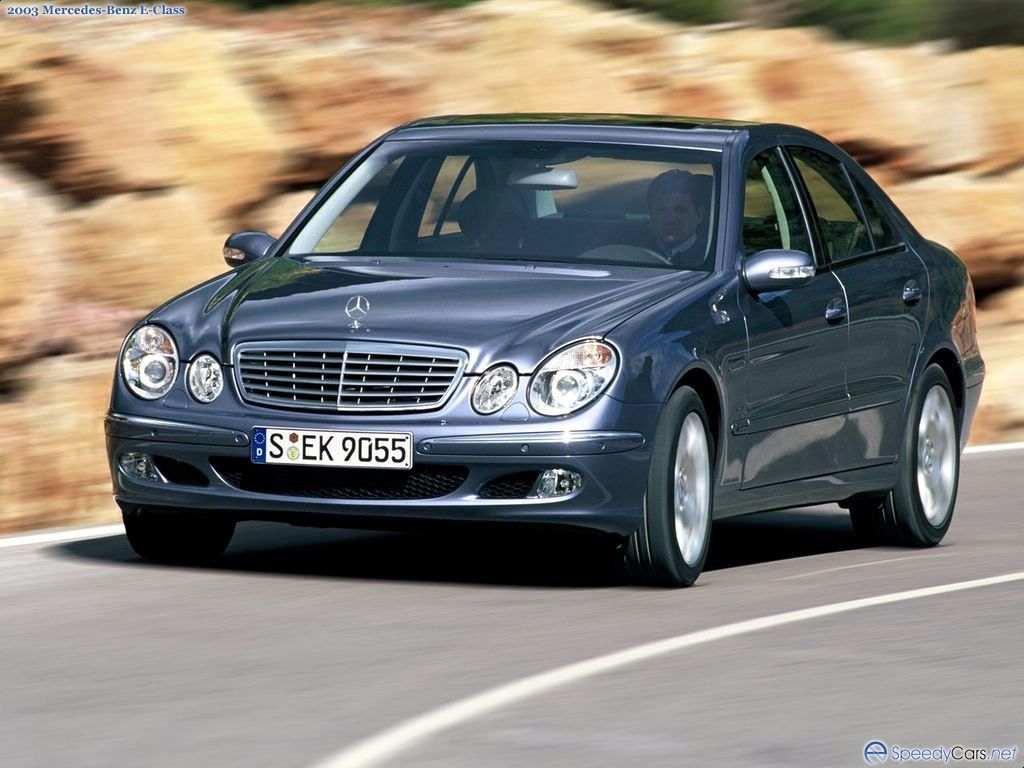 2003: The bi-xenon headlamps were augmented by the active light function in the E-Class (W211). 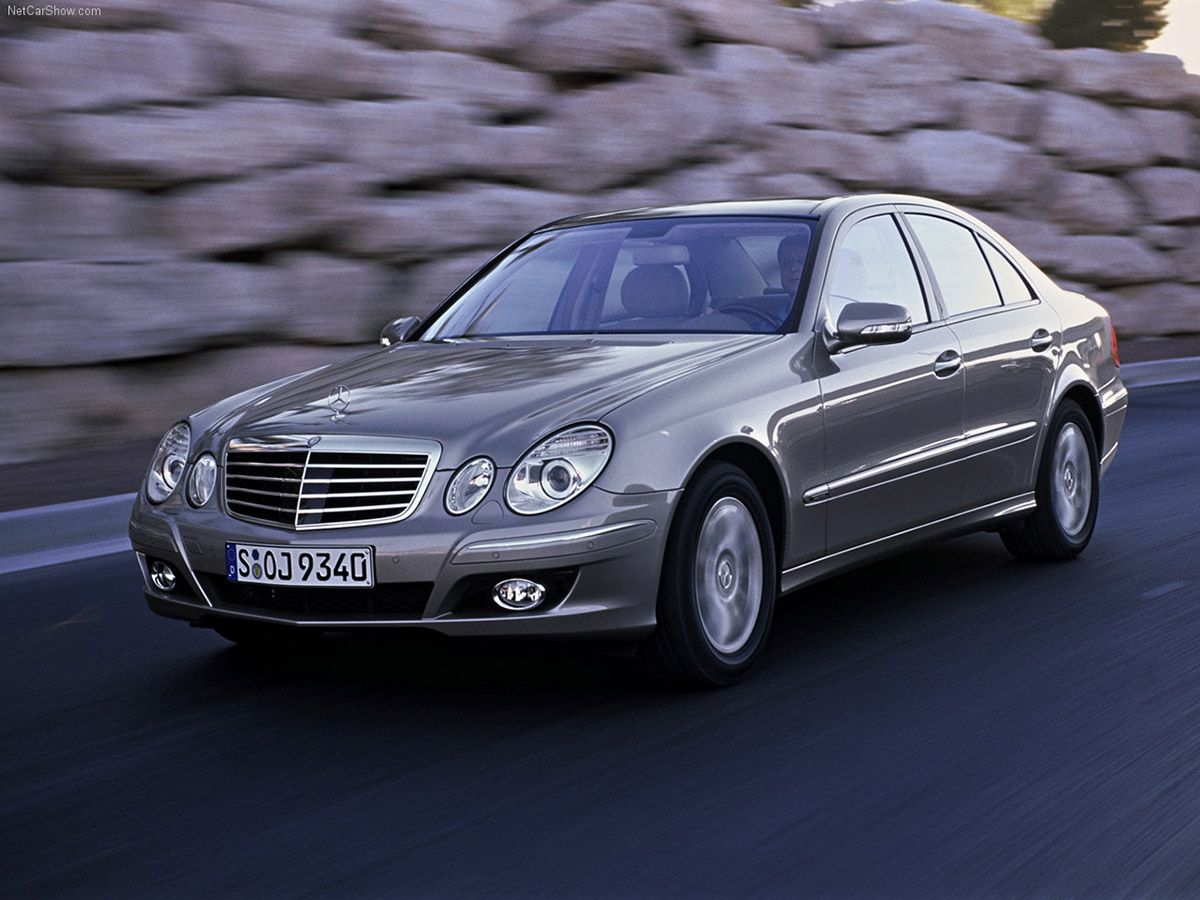 2006: Mercedes unveiled its Intelligent Light System (ILS) in the E-Class (W211): an adaptive headlamp system with variable light distribution, which adapted to the weather, light and driving conditions automatically. 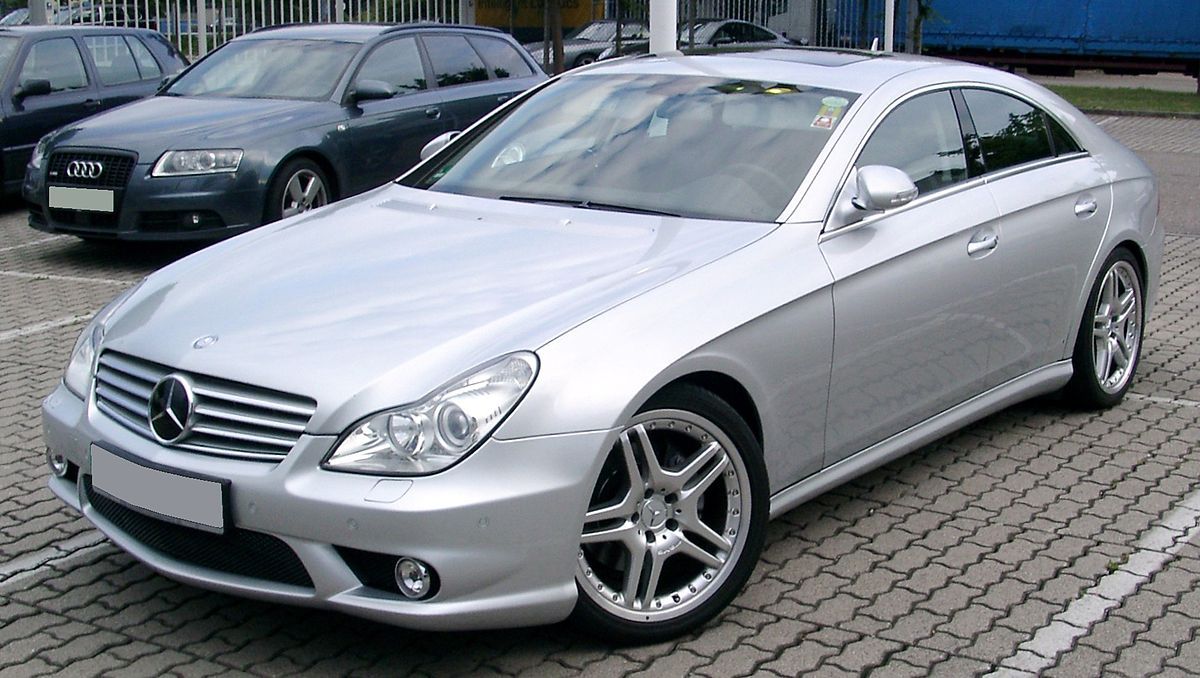 2010: First dynamic LED headlamps in the CLS (C219). Like bi-xenon headlamps, the new light system featured the tried-and-trusted Intelligent Light System, which had five light functions configured for typical driving or weather conditions: country mode, motorway mode, extended foglamps, active light function and cornering lights. The lighting specialists at Mercedes-Benz were also able for the first time to combine this LED technology with the already innovative Adaptive Highbeam Assist, which resulted in an all-new level of safety at night. 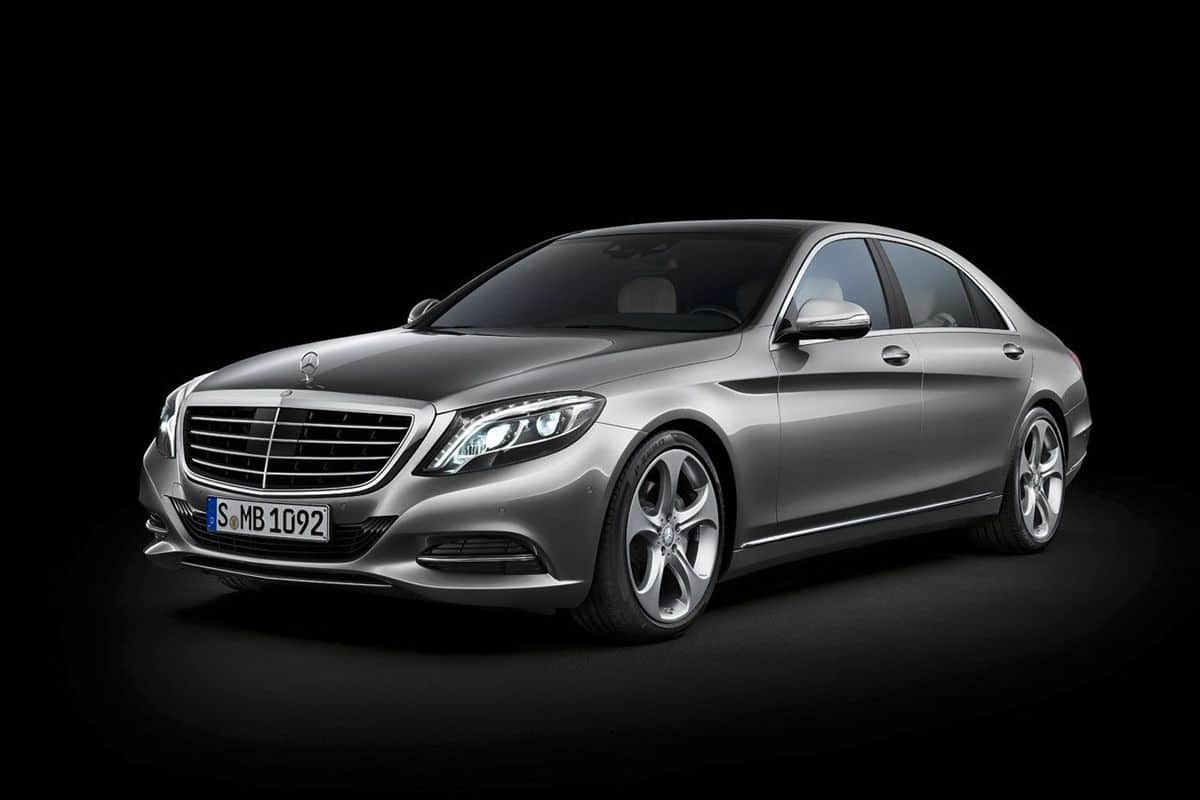 2013: Around 100 years after the introduction of electric vehicle lighting, the current S-Class (W 222) became the world’s first vehicle to do without bulbs entirely. It was the first car to feature solely LED lights as standard. The multi-level functionality of the rear lamps represented another world premiere: out of consideration for any road users behind, the brake lights and turn indicators were dimmed at night or while waiting at traffic lights. 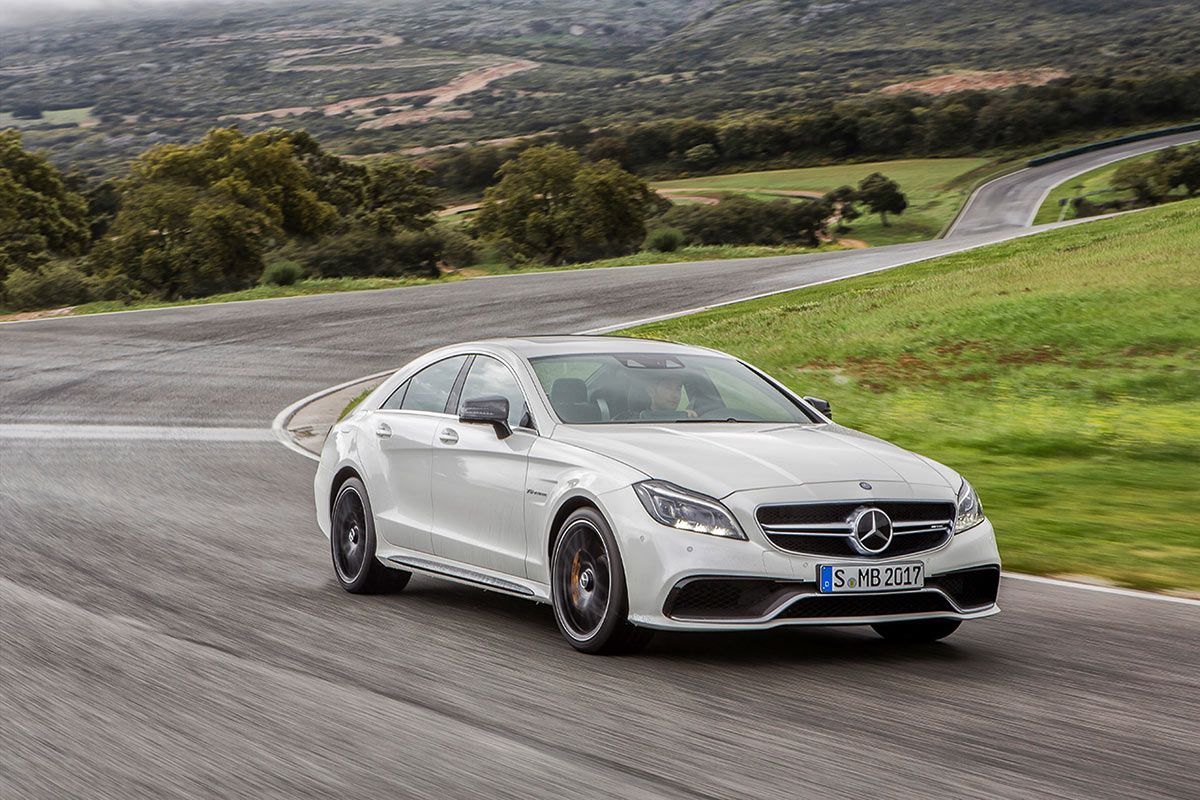 2014: The CLS (218 model series) marked the debut of MULTIBEAM-LED headlamps. When it comes to the number of pixels, the same is true of LED headlamps as of display screens: the higher the number of pixels, the higher the resolution and the more detailed the image. A high number of pixels also allows greater dynamism in the display. In terms of perception, this leads to a clear increase in precision and brilliance. There were now 24 high-performance LEDs per headlamp. Four control units per vehicle calculated the ideal light pattern 100 times per second and activated each LED individually, dimmable in 255 stages. Despite tremendous capacity, the precision main-beam module here just about fit into the palm of one’s hand. Each of the
24 high-performance LED chips was no bigger than the cross-section of a grain of rice. 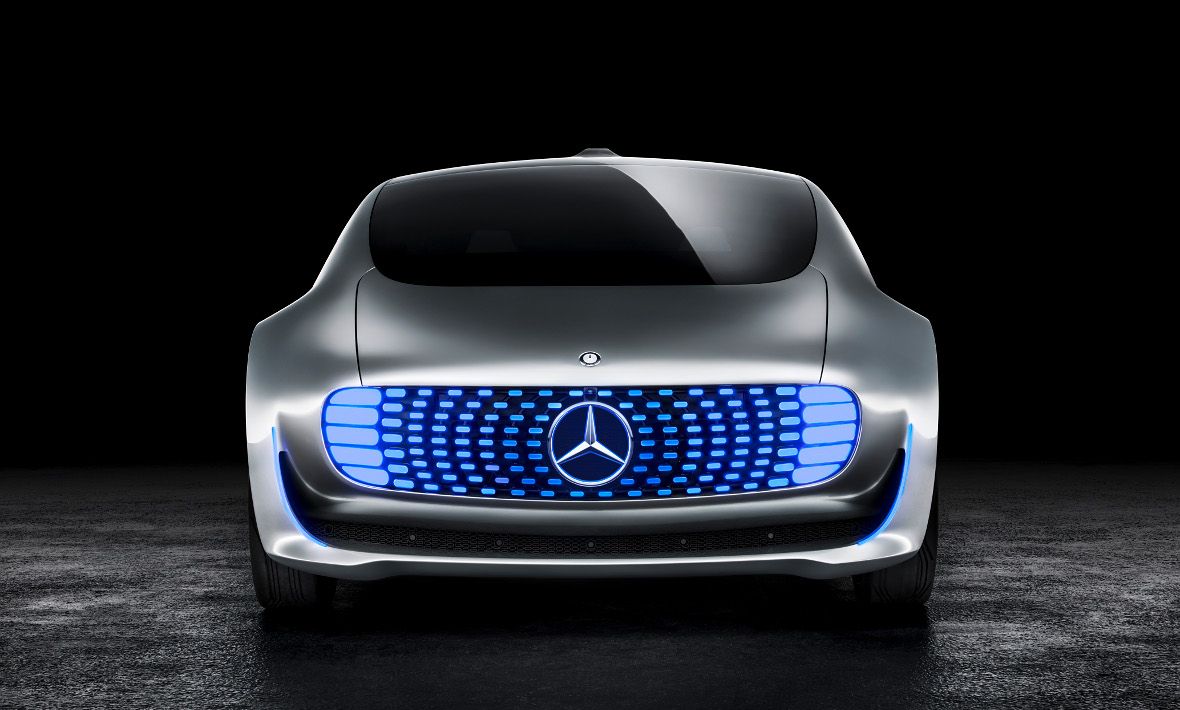 2015: The Mercedes-Benz F 015 Luxury in Motion research vehicle, which gave an insight into autonomous driving in the future, communicated visually with its surroundings. The aim was to ensure that, when the vehicle was driving itself, other road users were aware of its intentions. Displays at the front and rear featured a communication matrix comprising three-dimensional, bar-shaped LED modules, together with two outer blocks made up of large LED bars. A slim LED light strip above the rear display was used for visualising driving-specific functions such as braking, indicating and the current driving mode of the F 015. When the vehicle was started, the LED blocks in the two communication displays lit up in sequence. The F 015 used the colour of its lights to indicate what driving mode it was currently in – blue stood for autonomous and white for manual. 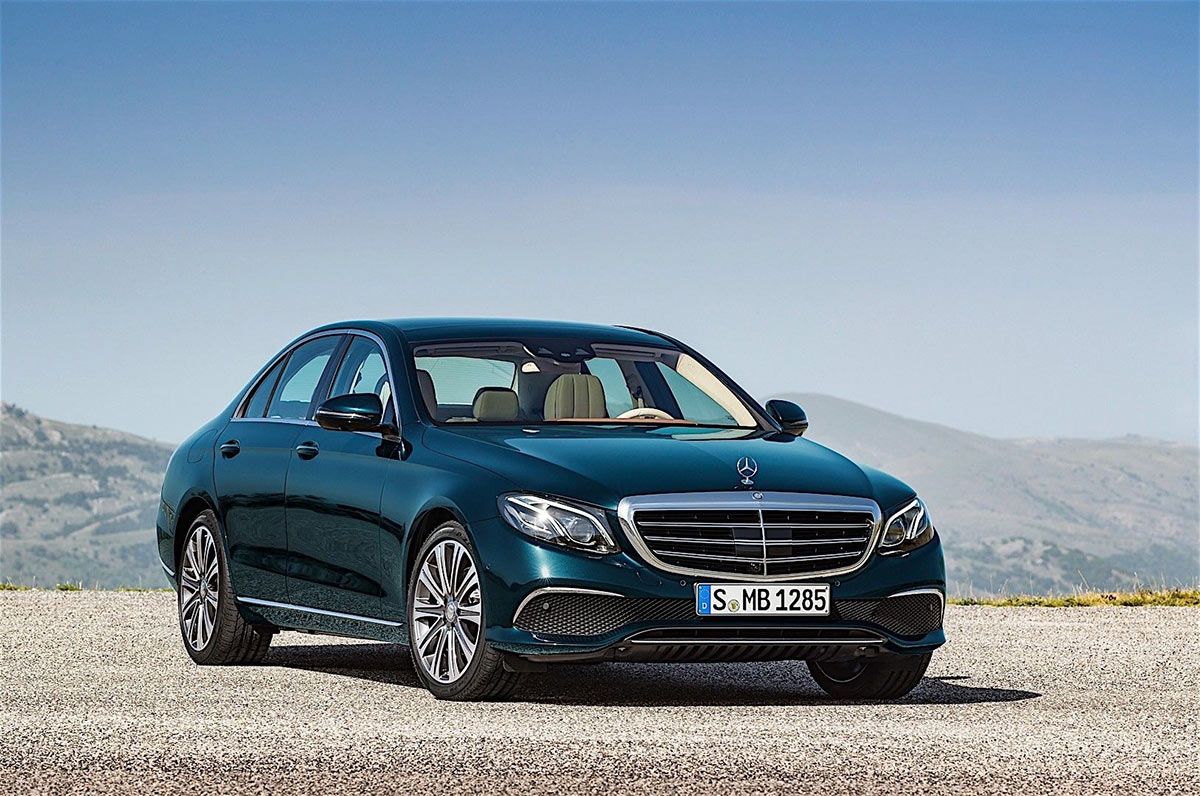 2016: World premiere of MULITBEAM LED headlamps with 84 pixels in the E-Class (W 213). Each headlamp now had 84 individually controllable high-performance LEDs rather than 24, meaning that they were exceptionally bright and precise, illuminating the road ahead with a previously unsurpassed, precision-controlled distribution of light – without dazzling other road users. 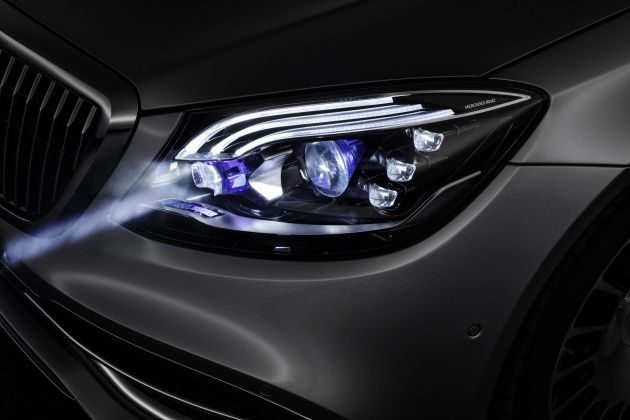 2016: In the same year, Mercedes-Benz demonstrated what the future of vehicle headlamps looked like thanks to DIGITAL LIGHT. Maximum-performance dazzle-free continuous main beam in HD quality allowed pioneering driver assistance and communication with other road users. In each headlamp there were chips with over a million micro-reflectors, i.e. a total of over two million per vehicle. Guiding lines projected onto the road surface, extended pedestrian marking and extended distance marking made it easier to navigate through difficult driving situations such as at road works, when pedestrians approached, or if the distance to the vehicle in front was too short.

2018: MULTIBEAM LED with 18 individually controllable high-performance LEDs was now also available in the A-Class and, therefore, in all Mercedes-Benz vehicle segments.

2019: The ESF 2019 safety research vehicle also communicates with other road users using light signals, as responsible motorists also constantly give signals like “I have seen you”, “I will stay here”, “Attention, tailback” or “I’ll give way to you” to other road users. The ESF 2019 uses clearly visible light signals in turquoise to do the same, thereby instilling confidence through information. Communication takes place via the large front panel, LEDs in the sensor unit on the roof, in the exterior mirror indicator repeaters and the third brake lamp, and via projections onto the rear window. Warnings and messages are sent using animations and symbols. 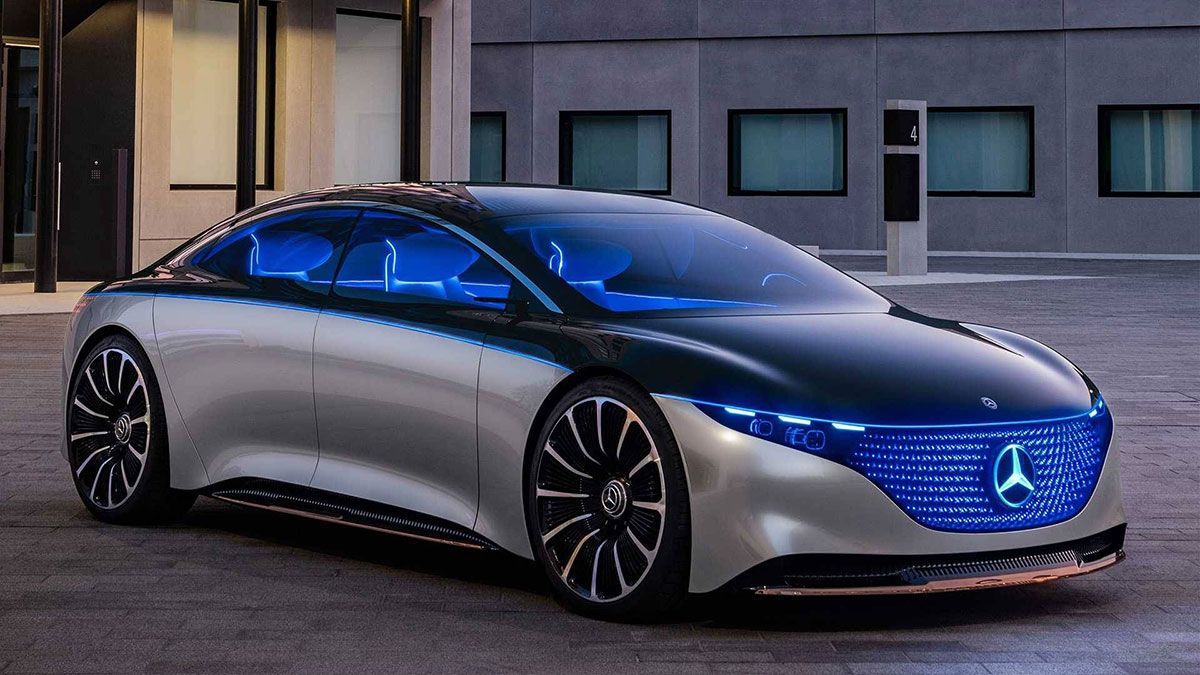 2019: Unveiled at the Frankfurt International Motor Show, the VISION EQS is another highlight of innovative light development from Mercedes-Benz. The digital front grille allows a new level of precise signalling. With this total of 940 individual LEDs in a three-dimensional space, the light signals with which the vehicle communicates with its surroundings create a fascinating impression of depth. Further highlights of the VISION EQS include the new DIGITAL LIGHT headlamps, each with two holographic lens modules. This creates an almost unlimited number of display possibilities, providing an outlook on the future use of lighting by Mercedes-Benz. It also shows that the light of the future will also be important for man-machine communication and therefore also a key element in the fields of safety, aesthetics and design.