The Mahindra roster is filled with hits and misses, mainly in terms of their aesthetic appeal and their desirability to be purchased. There is the Mahindra Thar which has developed a loyal following amongst avid off road enthusiasts. And many people took a bit of a shine to the Mahindra Scorpio too, which we agree with because it is a fairly decent looking vehicle. But then, there are the likes of the KUV, TUV and Quanto which, let’s just say, didn’t sweep us off our feet.

However, with the Mahindra XUV 500 there has been little doubt to where it stands in our books. We loved it back in 2013 when we first got our hands on it. It was by far the most stylish Mahindra at the time and the alarming swiftness with which it tore through the tarmac was baffling. Around 2015, the XUV 500 went through a quick facelift but now, it finally receives a serious overhaul with a lot of tinkering done under the hood. We were pretty keen on rekindling our affair with the now new plush XUV 500, so we took a seat behind its wheels and headed out. 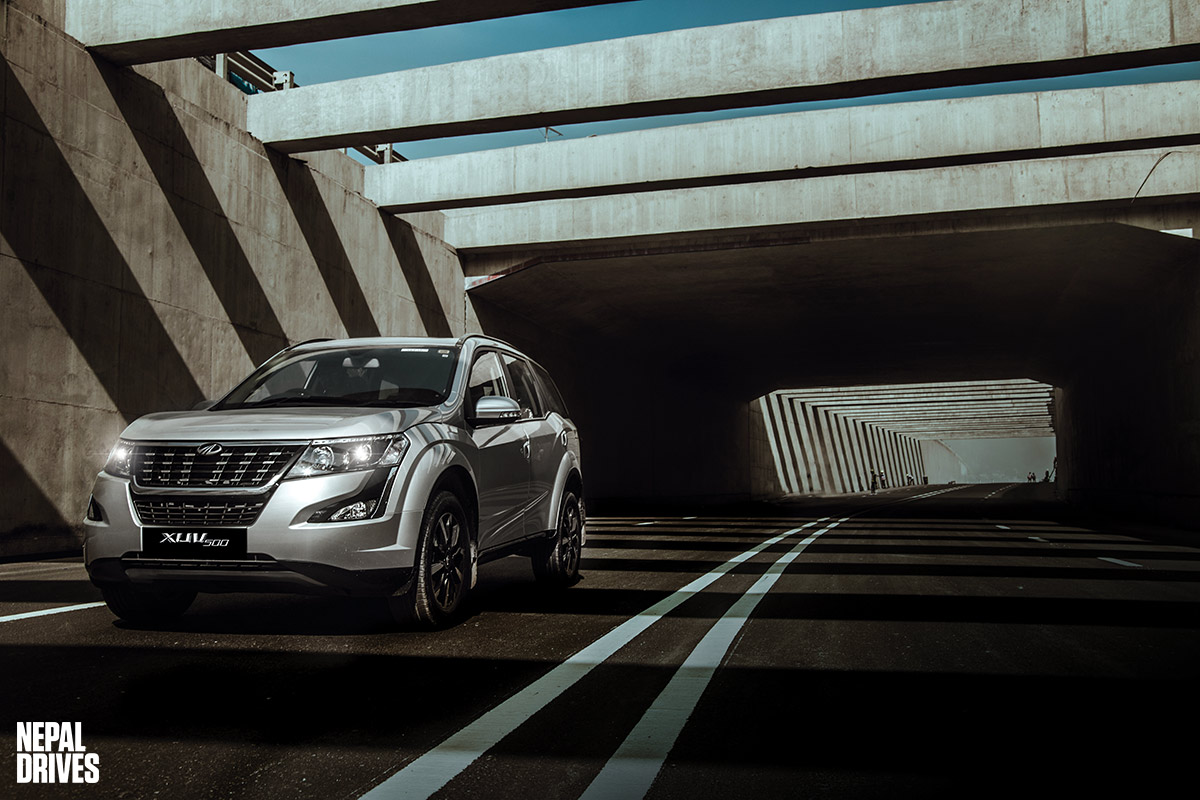 Much like its predecessor, the XUV 500 still remains the most stylish Mahindra and has blown us away with its good looks once again. We will refrain from calling the XUV a beautiful car, because it’s not. Instead, this is one handsome looking car.

A dominant front, a muscular build and an imposing stance come together to form an image of a car that looks poised to turn heads. On the front, the underbody sharply angles upward into the air inlet making the car look higher off the ground. You get big projector headlamp units with stylish fog lamps on each side sandwiched between the huge grille studded with chrome. The wide bonnet arches both sides upon meeting the A-pillar, and the flared wheel arches on the front make for a muscular front. 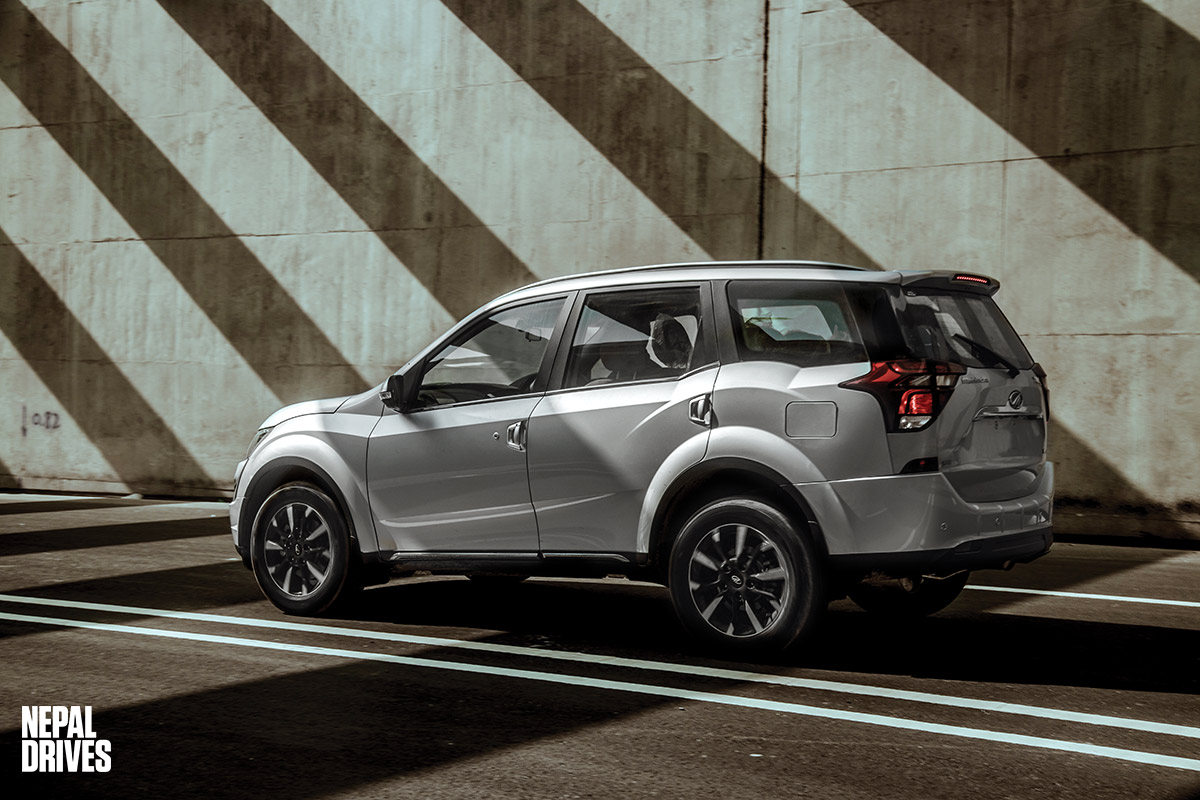 Over on the side the XUV carries a sporty look mainly because the rear body ends in a fairly straight line making for a boxier appearance, the rear wheel arches are now muscular adding to the handsome appeal and all this sits on a premium set of alloy wheels. Also, the bespoke XUV door handles return this time around adding to the uniqueness of the vehicle. On the back Mahindra has cleaned up their act, as the rear end of the XUV is much sleeker. The new taillights are sharp and the chrome strap over the boot lid completes the look. You also get twin exhausts which are always better than one. 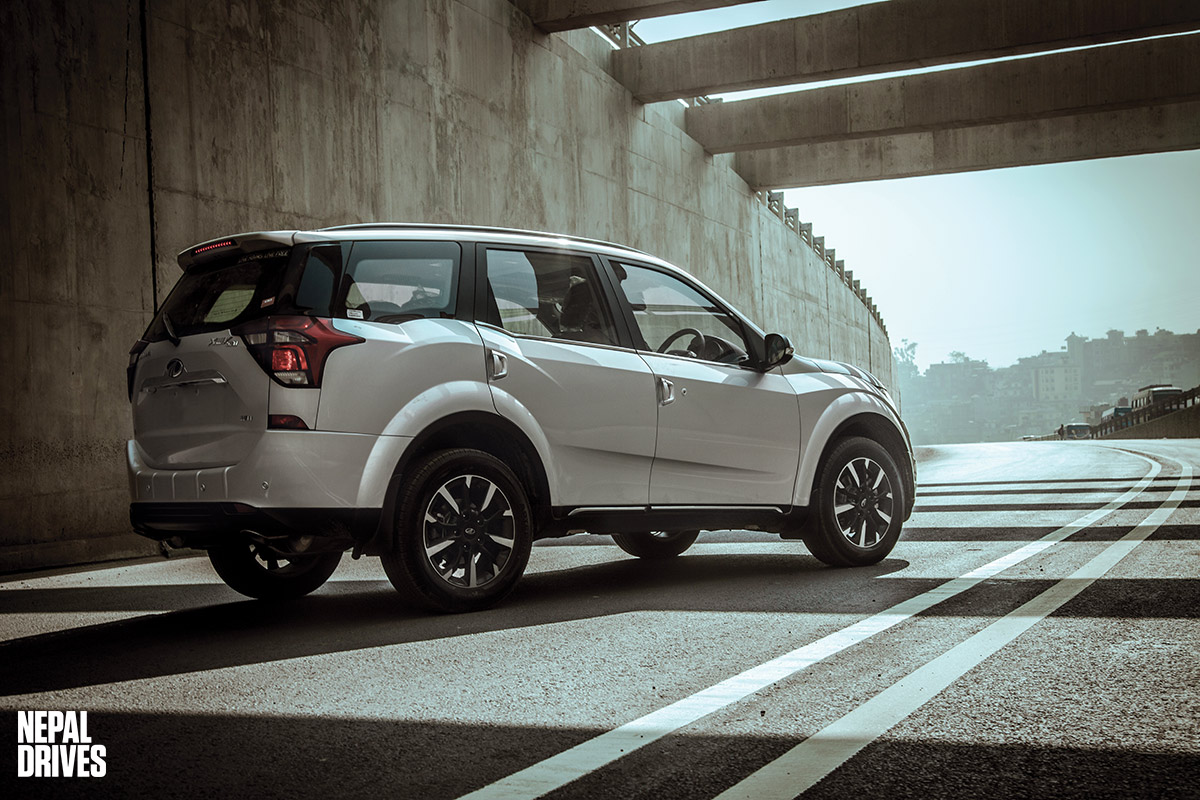 The interior of the XUV builds on its already impressive exterior.

Open the door and the first thing you will see is the luxurious quilted tan leather seats. These seats enhance the overall interior of the car and when paired with the electrical adjustment these posh new seats go off their way to pamper you while on the road. 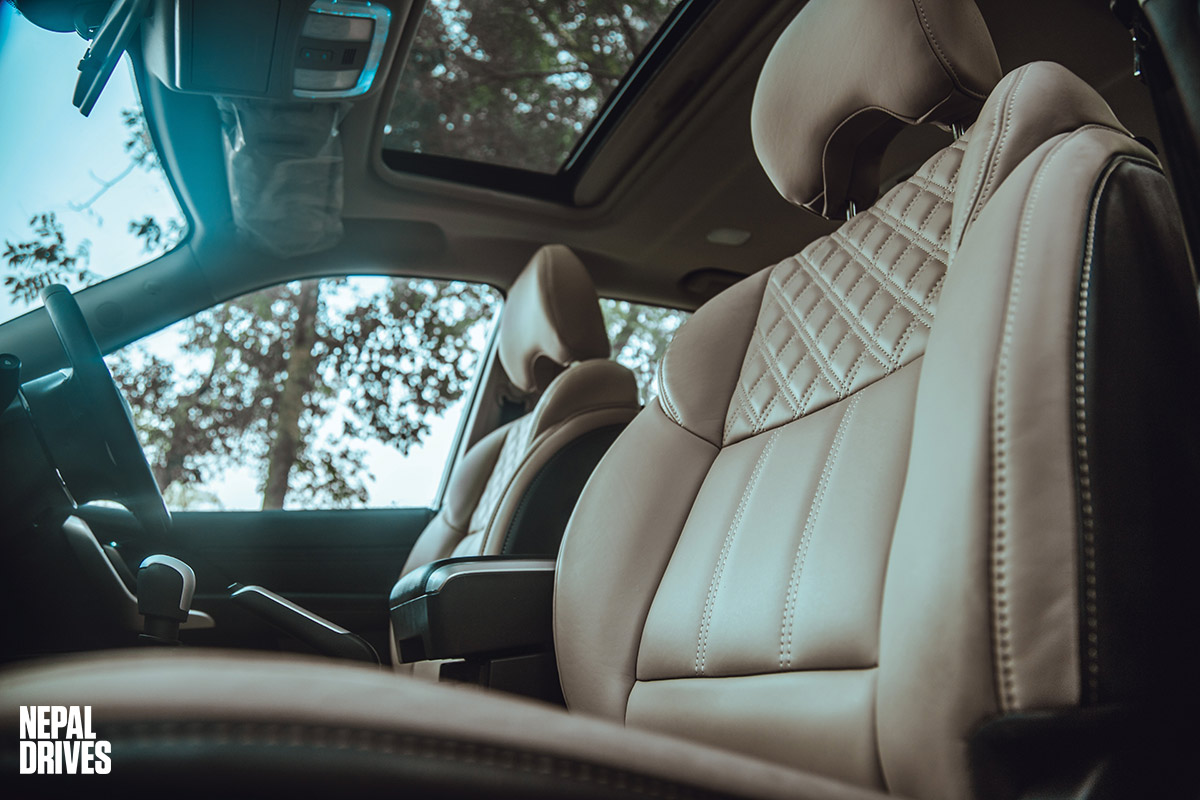 The visibility is good all around the car because of the large windscreen and windows. Adding to the comfort is XUV’s Fully Automatic Temperature Control or FATC system with dual heating, ventilation and air conditioning. This system allows you to set a cabin temperature which is then maintained automatically throughout the cabin without your intervention. 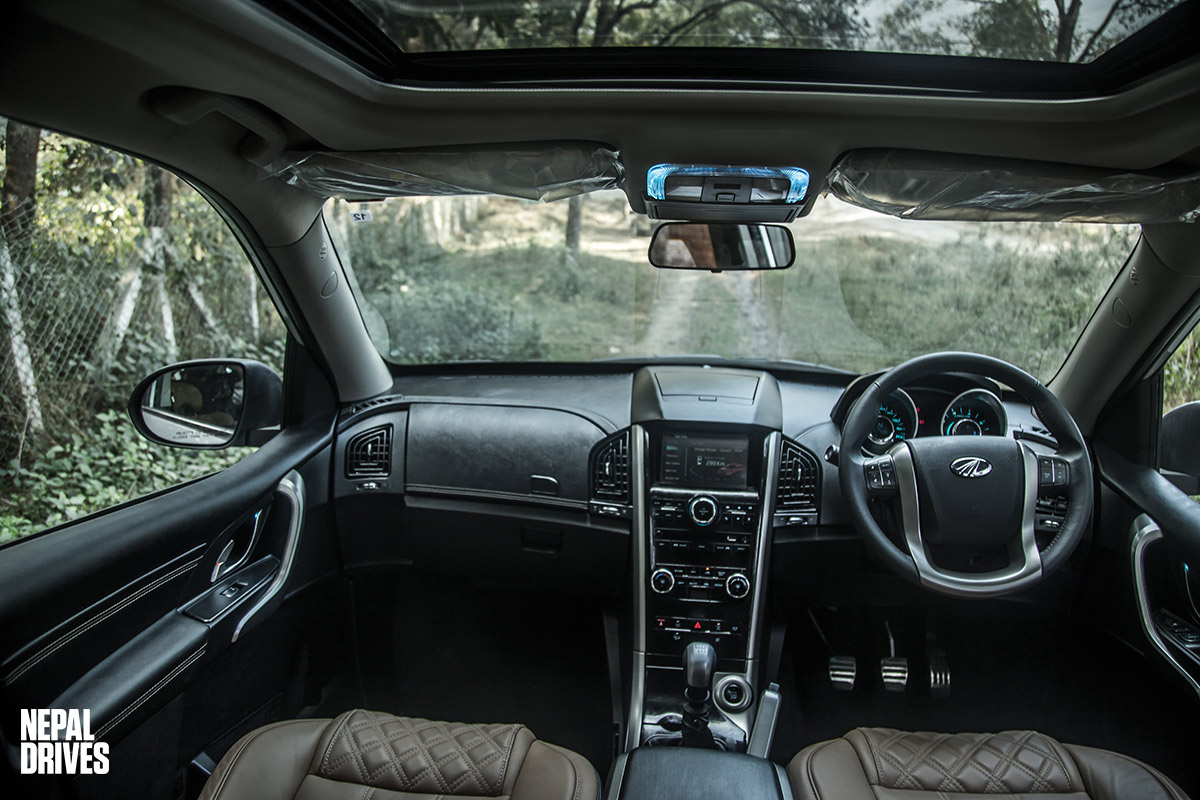 Another luxury addition is the centrally located cooling box that can chill up to 4 cans of beverages at once, do not drink and drive though. The rear seats are wide and offer good support and fitting three in the back will not create any discomfort. The third-row seats are comfortable as well, but large adults will find it uneasy making long journeys. Both the second and third row of seats gets AC vents for added comfort. 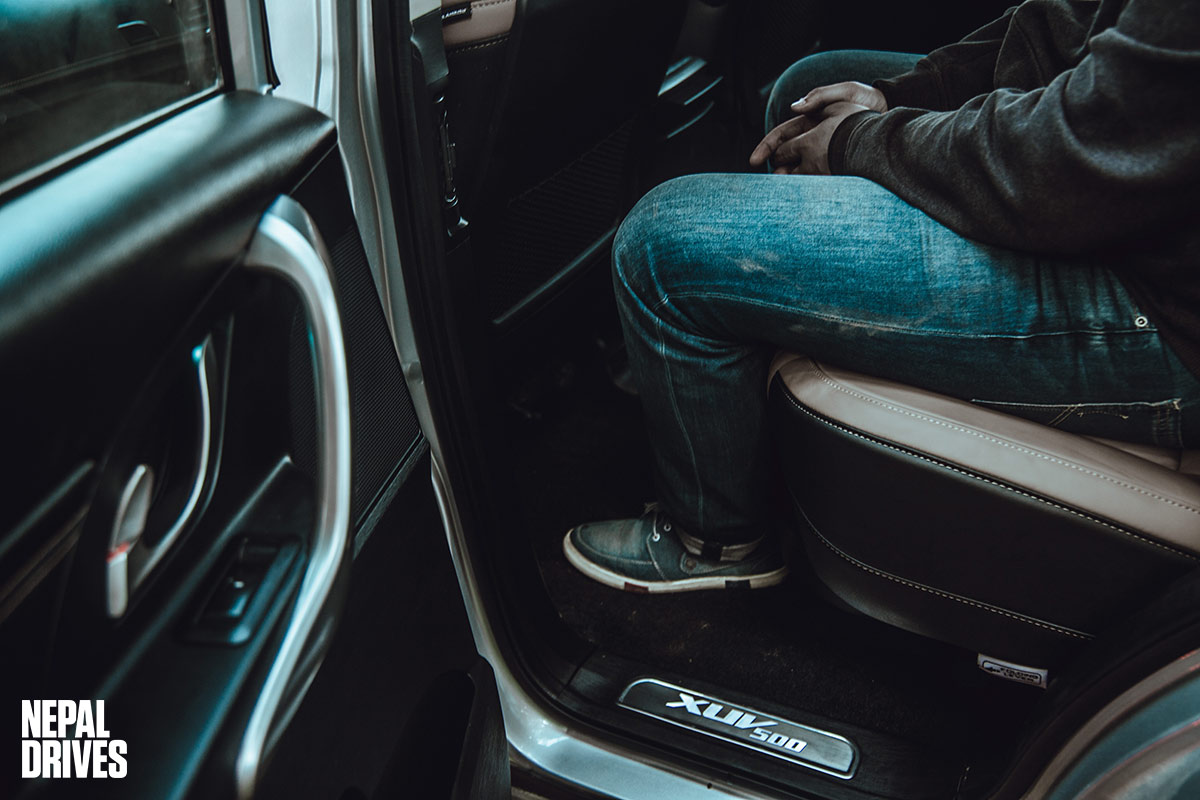 The storage spaces are ample and well laid out, both 2nd and 3rd of seats fold flush with the floor freeing up to 1512 liters of boot space. The infotainment system is also one of the best we have come across, it sports clean graphics and a smart interface; however, the number of buttons on the central console was pretty overwhelming. Overall, Mahindra deserves high praise for this plush interior.

Let’s start with the ride comfort before getting into the figures. The new XUV 500 features enhanced suspension, so no matter where adventure takes you, you are guaranteed a plush ride. The new suspension offers increased stability, greater comfort and precise steering and also improved impact management over bumps and pot holes. 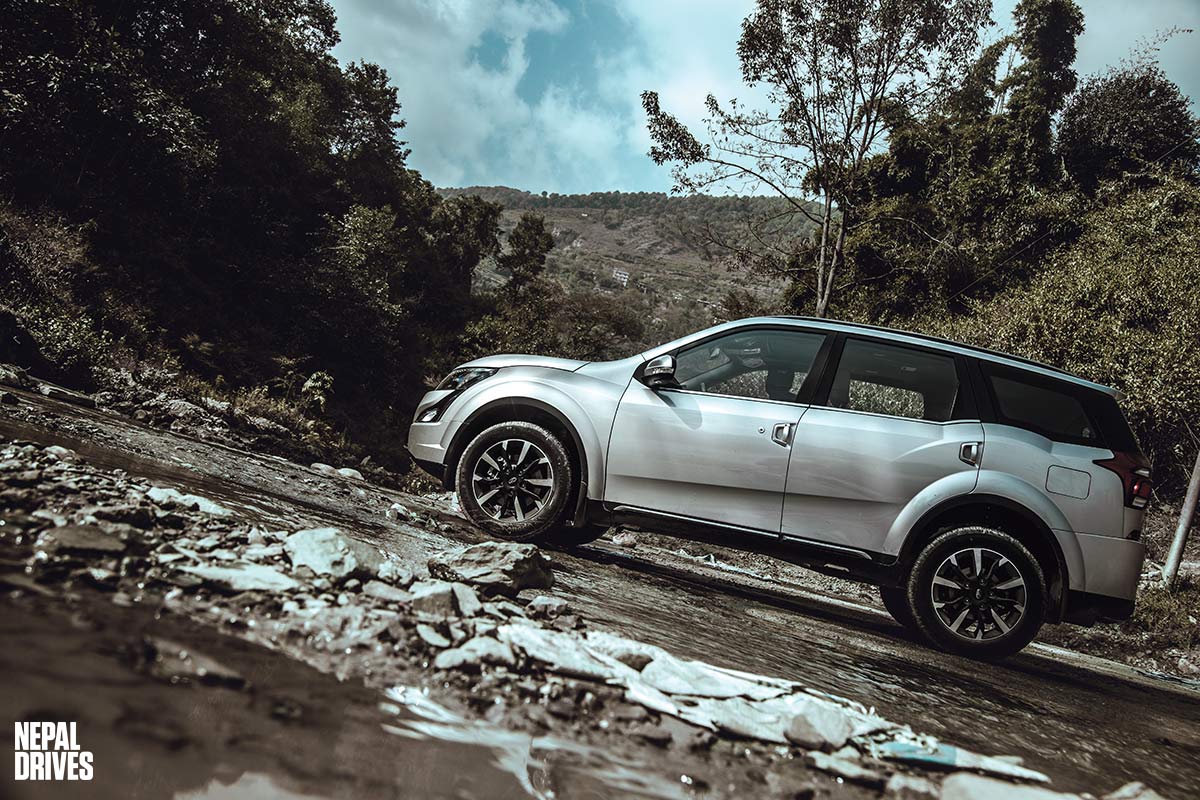 Powering the car is a 2.2 liter mHawk diesel engine mated to a 6-speed automatic transmission that makes 155 bhp and a whopping 360 Nm of torque from as low as 1750 rpm, meaning the car is quick to get a move on and slow traffic crawling and highway overtakes come easy. Taking care of the grip is the AWD. Whether it is heavy rain or snows the intelligent All Wheel Drive ensures better control and drivability with a seamless transition from 2WD to AWD without any driver intervention. 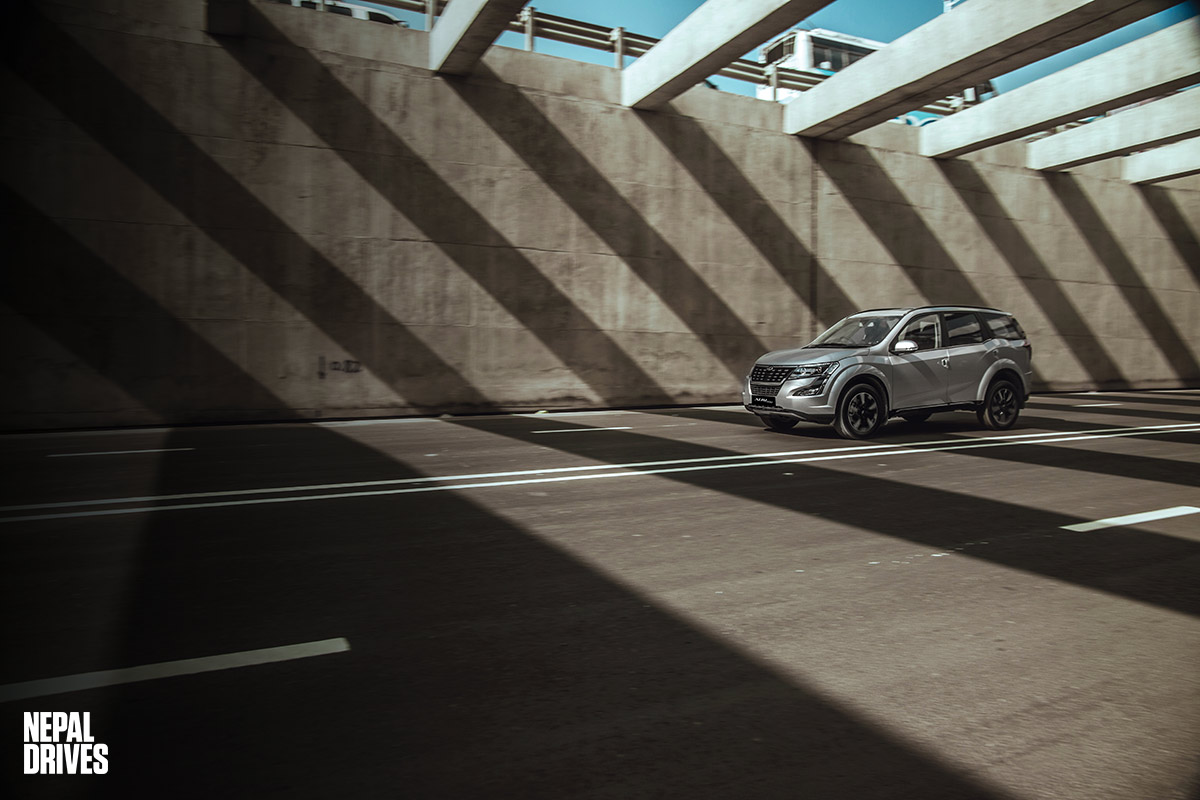 Working with the AWD is NexTrac which is an electrically controlled, on demand, interactive torque management system that gives you unmatched handling and vehicle control. Mahindra hasn’t skipped on driver and passenger safety either, you get six airbags, ABS with EBD, disc brakes on all four wheels, hill descent and hold control and electric stability program with rollover mitigation to ensure your car remains stable at all times. 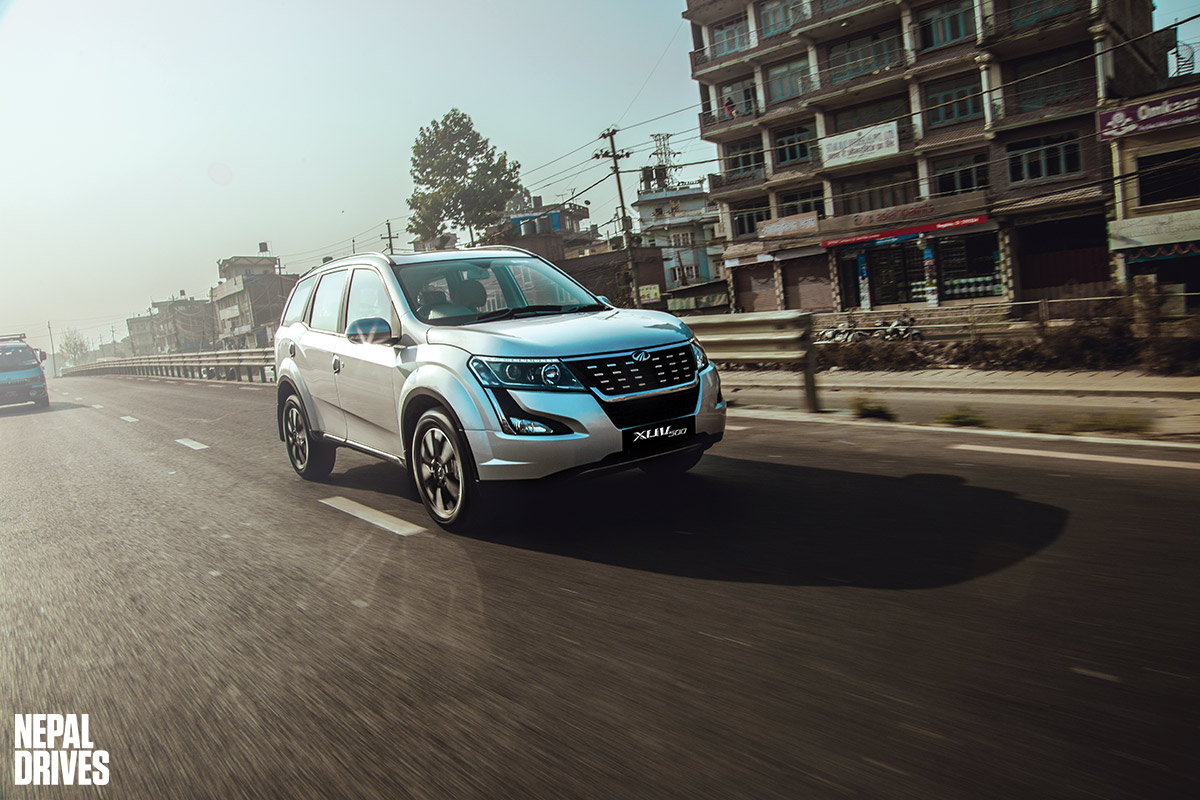 Let’s all agree to one thing, the XUV 500 is still the most handsome Mahindra out there; and at the risk of sounding superficial, that is half the battle won. Now, add to that the brilliant interior features, creature comforts, and performance, you have a formula that is built to succeed. And that is exactly what the new Mahindra XUV 500 brings to the table. A bulletproof concoction that has its sight on success. 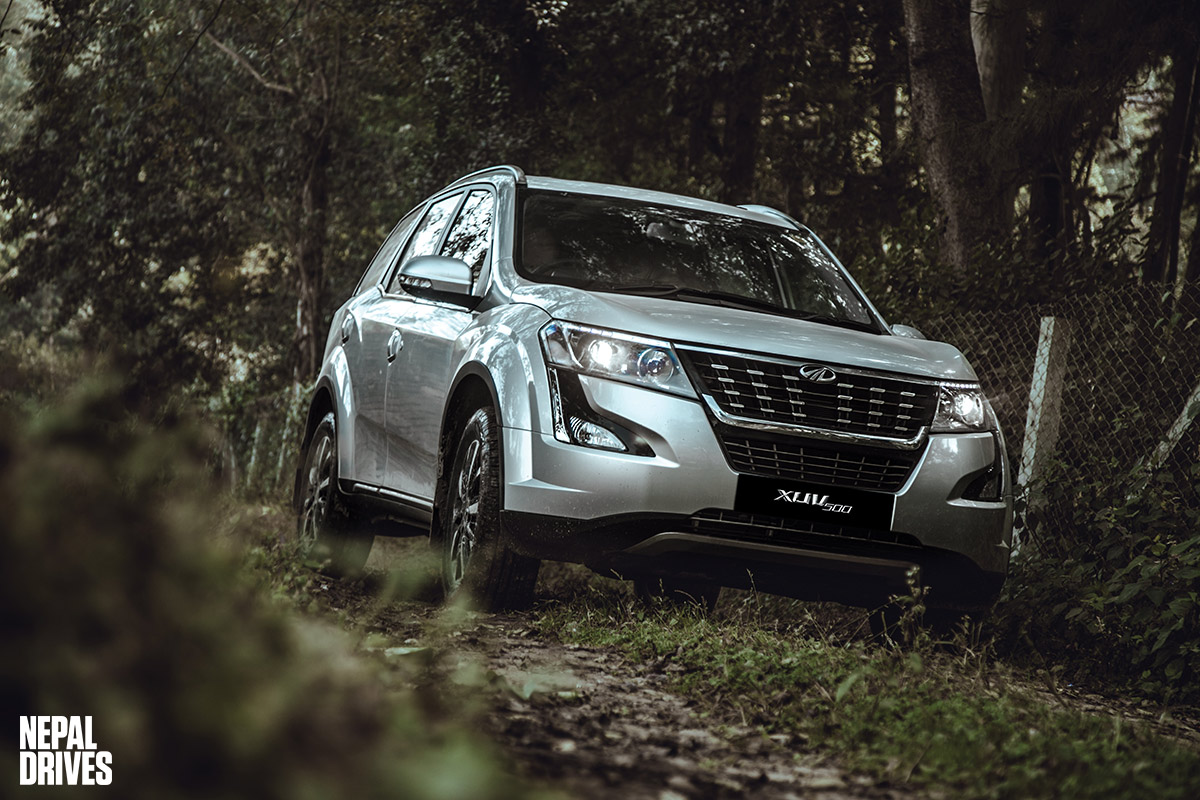