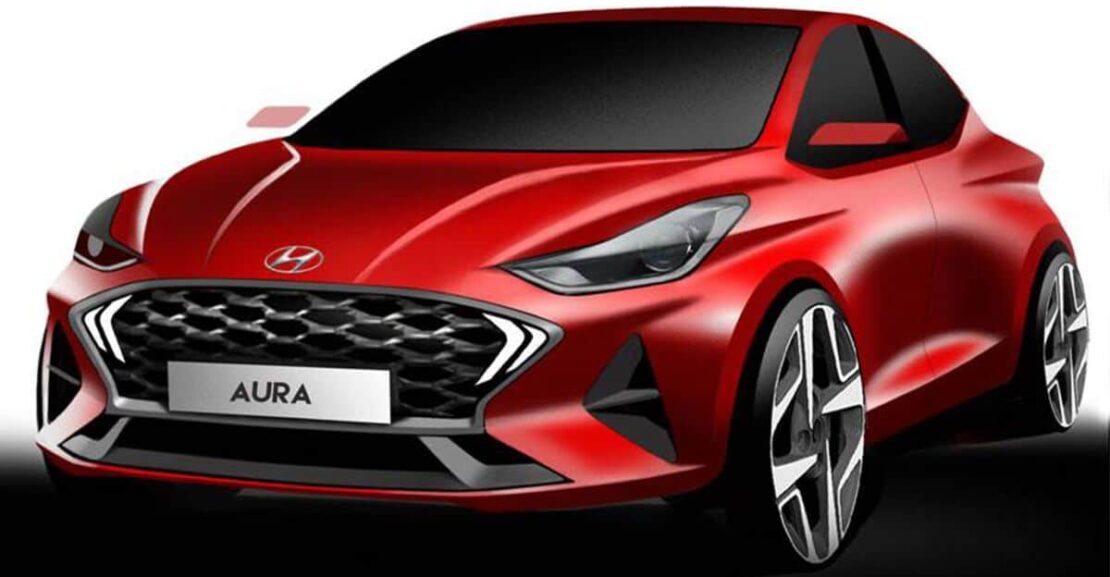 Hyundai Motor India has released the first official sketches of the  Aura subcompact sedan, ahead of its public debut on December 19, 2019. The official sketches reveal a sporty design for the upcoming Hyundai Aura that shares its underpinnings with the Grand i10 Nios. The Aura looks sporty in the sketches with the massive grille upfront with the LED DRLs at either end, sweptback headlamps and a muscular bonnet that promise a sporty looking vehicle.

The design language remains identical to that on the Nios to a larger extent, while it is at the rear that you see substantial changes including the floating C-pillar and the wide LED taillights with the signature lights that lend a premium touch to the model. The roofline is also more coupe-like on the subcompact sedan. Hyundai says the Aura design projects a “sportier, futuristic and progressive image based on its Next-generation Design Direction of ‘Sensuous Sportiness.”