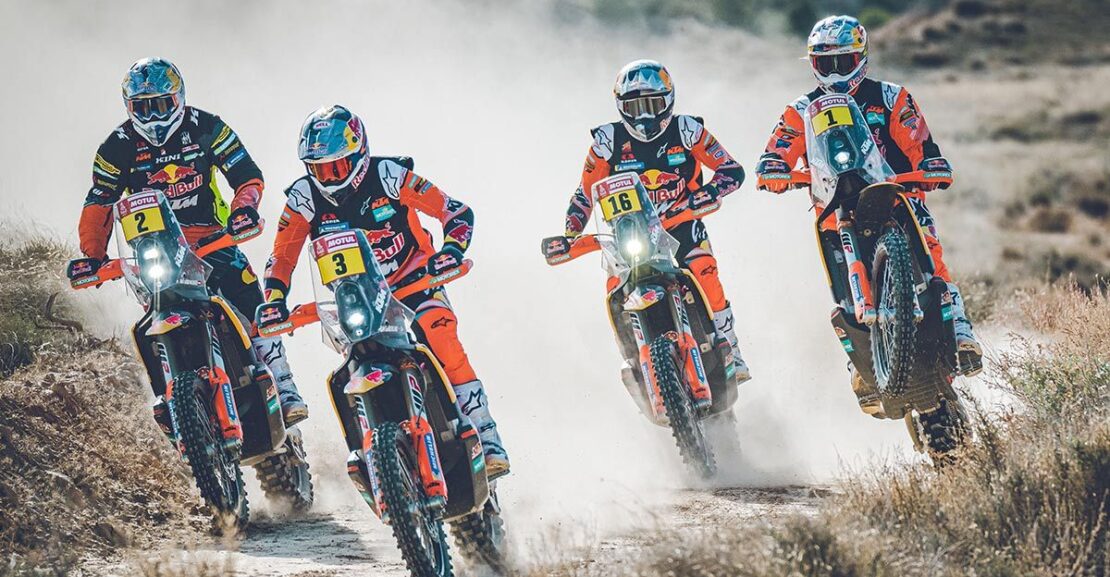 Toby Price, Sam Sunderland, Matthias Walkner and Luciano Benavides are ready to take on the 2020 Dakar Rally – an exciting new chapter in the history of the world’s toughest cross-country rally. Joined by KTM Factory Racing’s Mario Patrao, the five-man team will soon complete their final event preparations in Saudi Arabia as they ready themselves for the 42nd running of the iconic event, which starts on January 5, 2020. 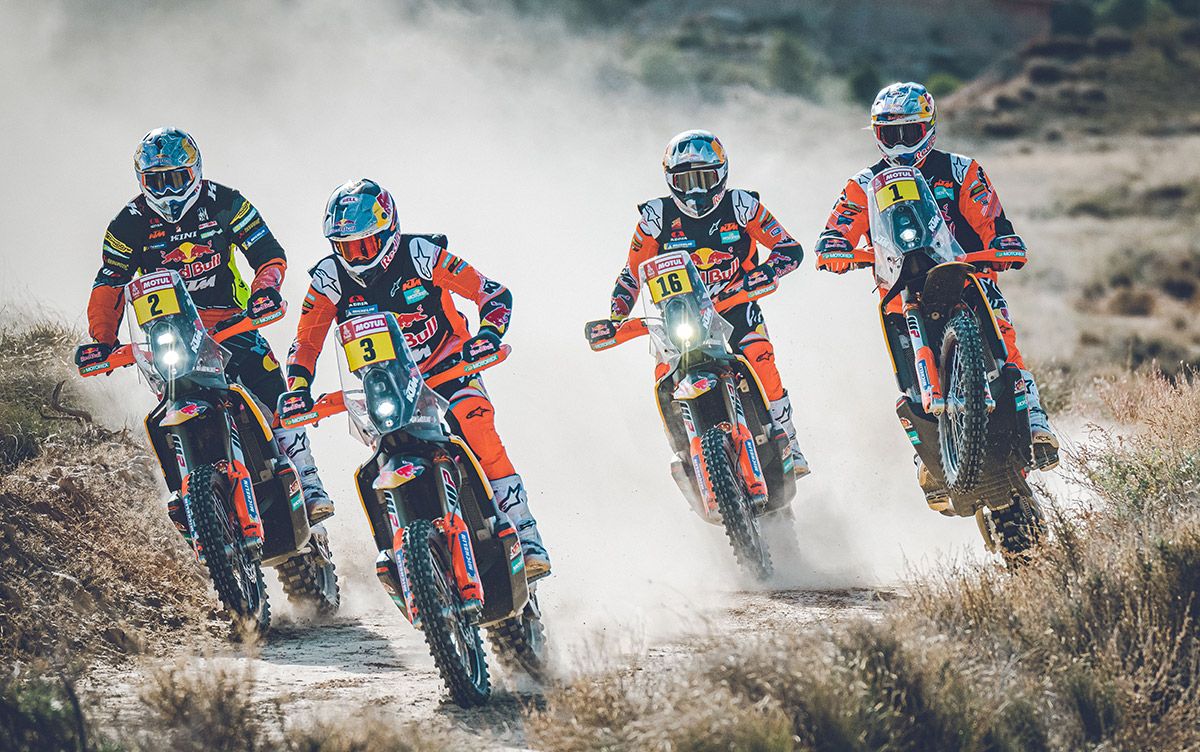 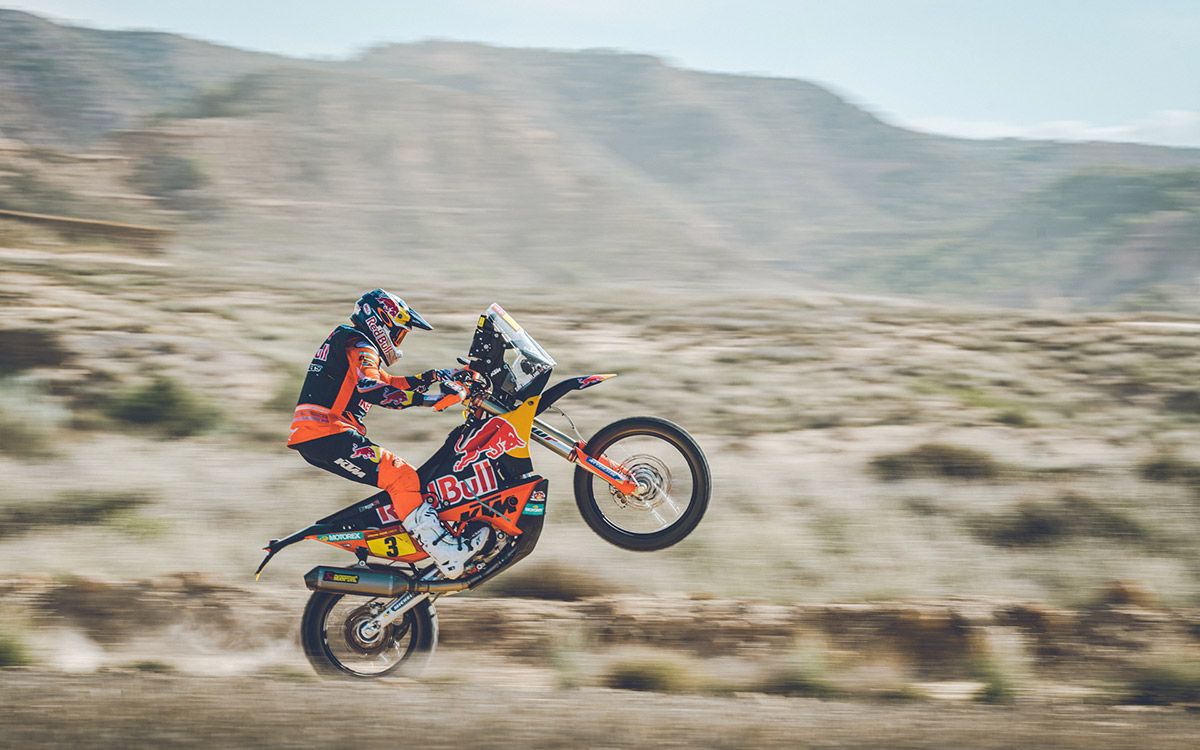 For 2020, the Dakar Rally will see a huge change with the event being held in Saudi Arabia for the first time. Comprising 12 tough stages, covering close to 8,000 kilometres, the race will offer all participants a new challenge in terms of terrain, navigation and endurance. With five of the stages including timed specials of over 450 kilometres, and over 75 percent of the race ridden in sand, the first Middle Eastern Dakar could be one of the toughest ever. 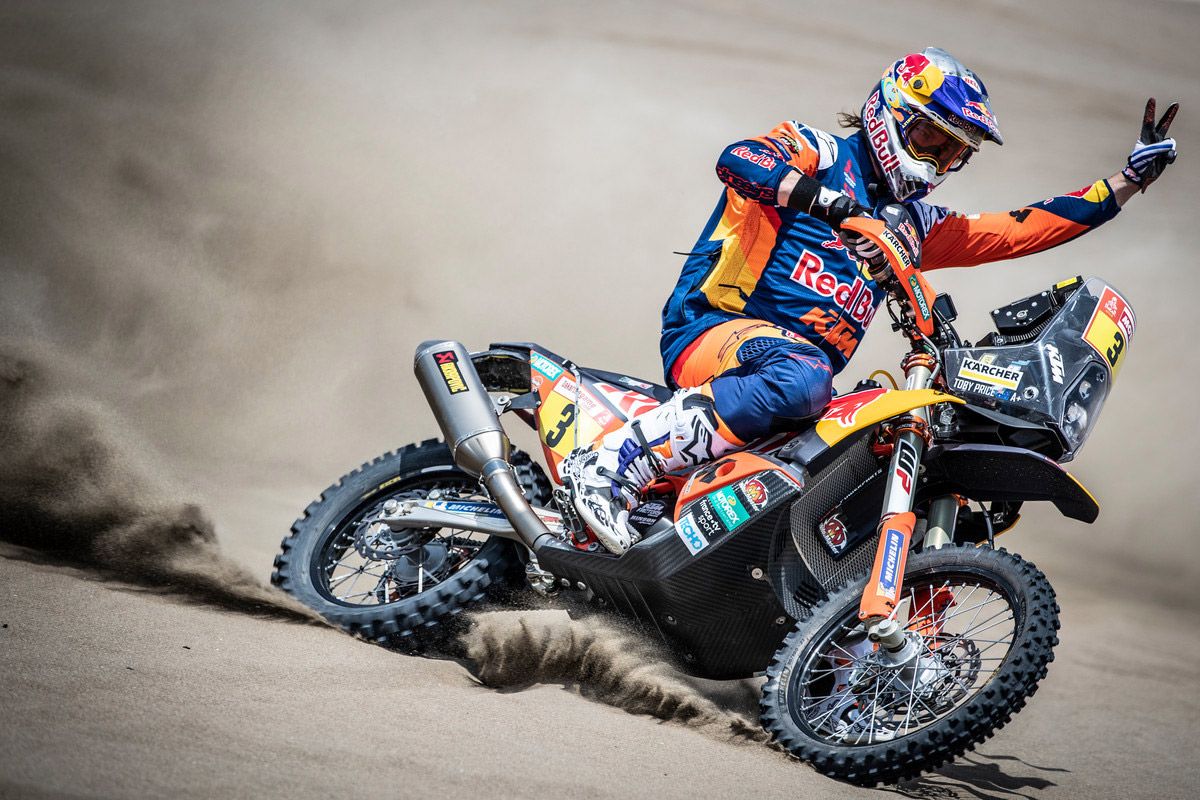 Seemingly achieving the impossible, Toby Price won the 2019 Dakar while nursing a broken wrist. Ending the event having secured a deserved and hard-fought victory, Price’s success came at a cost with the Australian needing surgery to repair damage sustained during the race. Returning to rally competition in August at the Atacama Rally, Price soon settled back into a fast rhythm, placing fourth overall. Showing impressive speed at the Rally du Maroc in October, the reigning Dakar Champion now looks ahead to January and the defence of his title. 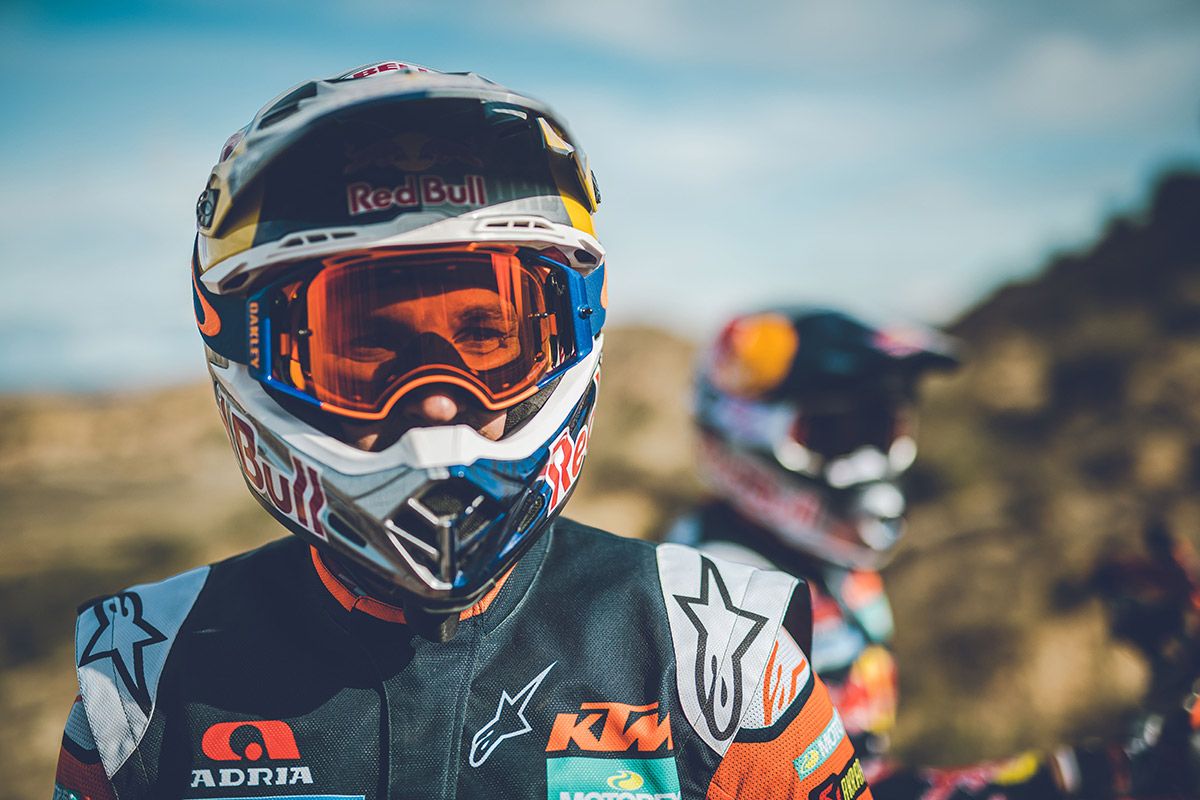 Enjoying a hugely successful 2019 season, Sam Sunderland went straight from the Dakar into the FIM Cross-Country Rallies World Championship and dominated the first two rounds. A runner-up result in Chile was enough for the likeable Brit to claim his first ever world title with one round to spare. Often regarded as a dune specialist, Sunderland goes into the 2020 Dakar as one of the favourites and while excited for the upcoming challenge, is still mindful of the task ahead. 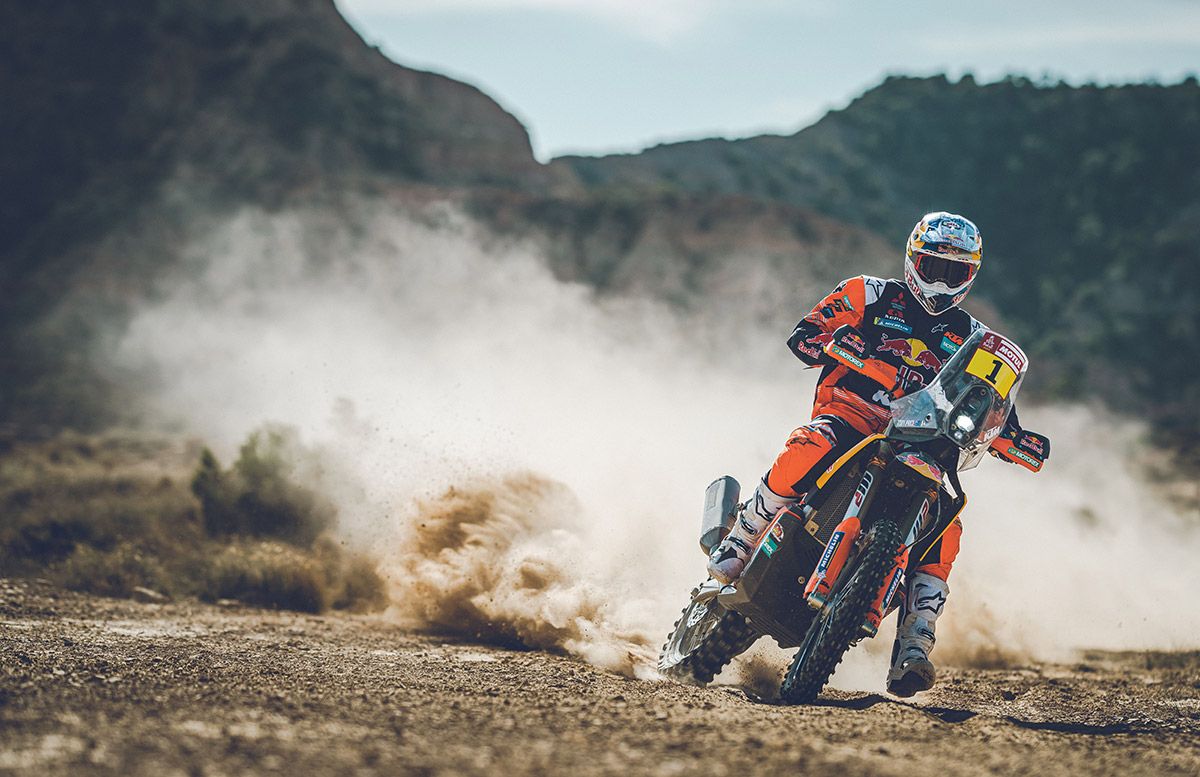 Runner-up to Price at the 2019 Dakar, despite carrying an injury through the majority of the race, Matthias Walkner also needed surgery and recovery time during the year. Building up his speed over the final two rounds of the world championship, the 2018 Dakar Champion has been putting in many valuable hours of testing ahead of the 2020 event. 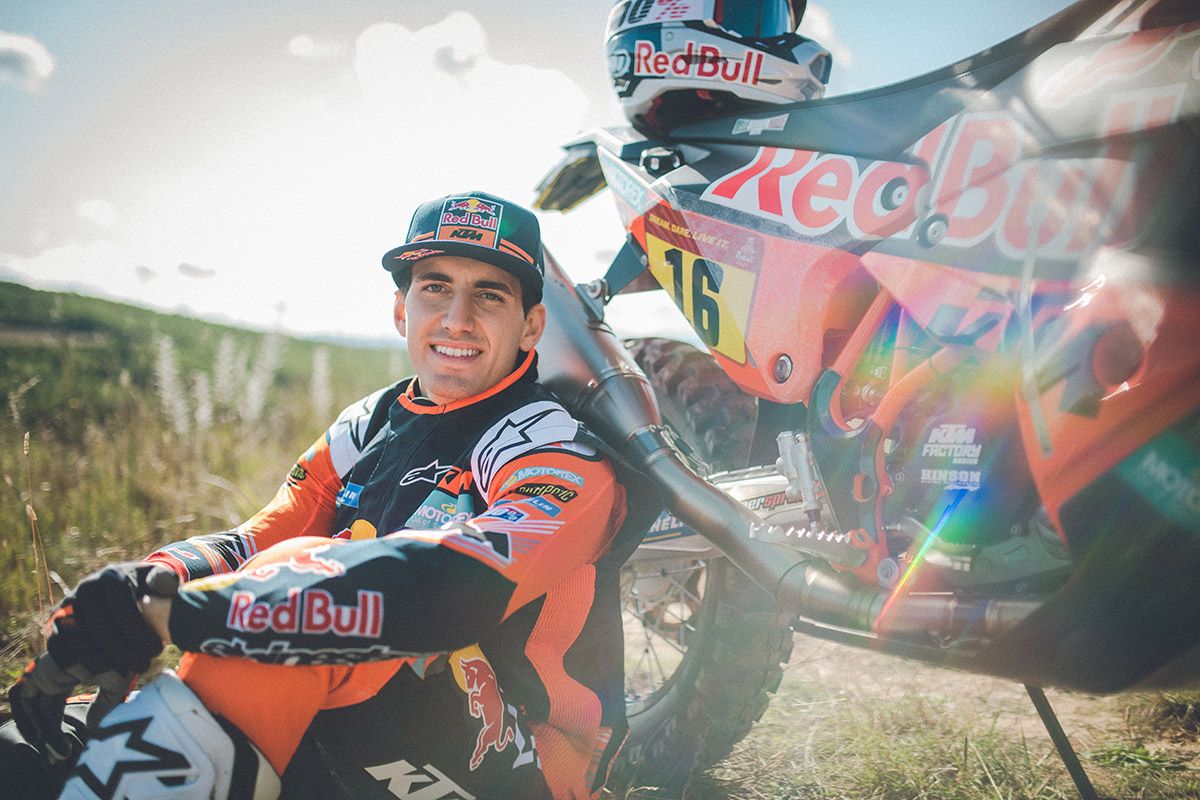 Luciano Benavides successfully completed the 2019 Dakar well inside the top 10, while gaining valuable experience at the gruelling event. After showing increased pace and maturity over the course of the 2019 season the young Argentinian secured the Junior Cross-Country Rallies World Championship title and now hopes to carry his momentum into the forthcoming Dakar in Saudi Arabia. 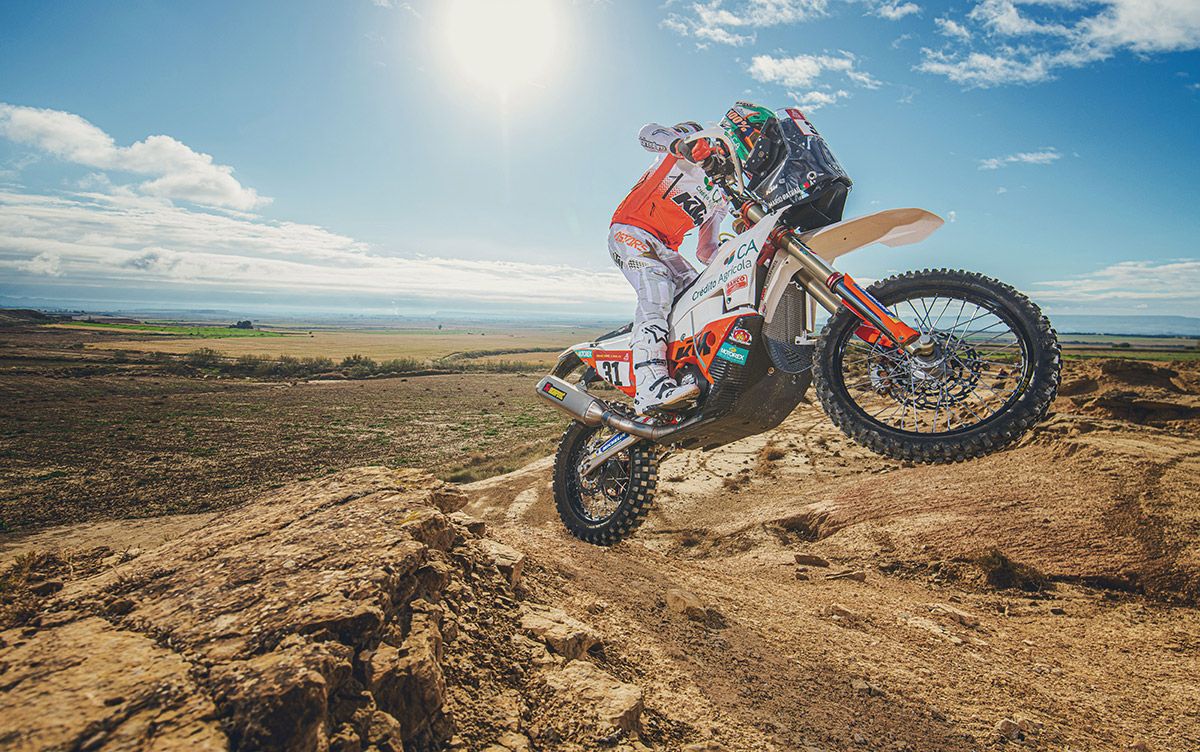 Starting January 5 from Jeddah in Saudi Arabia, the 12-stage 2020 Dakar Rally will cover a total of 7,856 kilometres, 5,097 of which are timed specials. The race will incorporate two marathon stages, with a rest day for all teams on January 11. New to the Dakar, the road book will be pre-coloured, reducing the preparation work for all competitors prior to the next day’s stage. For at least four of the 12 stages, the road book will be presented to the riders just minutes before the start of the day’s racing.