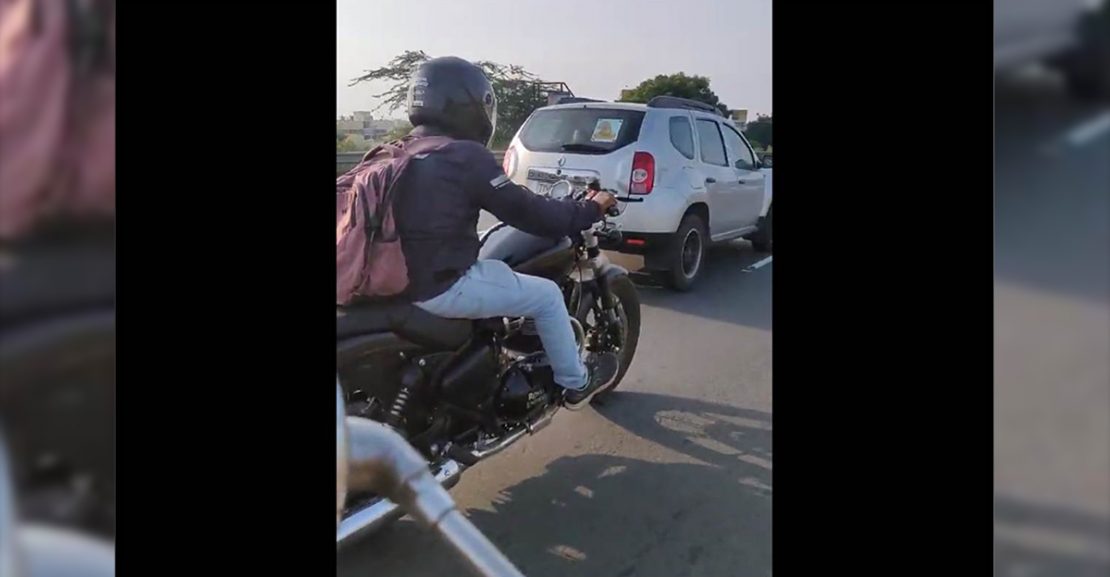 After the launch of the Interceptor and GT650 people were expecting a similar spec cruiser motorcycle as well and it seems like Royal Enfield was already working on it. Images have appeared online of a long and low cruiser from Royal Enfield. It can be seen that the motorcycle also sports twin exhausts, confirming that this is indeed powered by the 650cc parallel-twin engine. 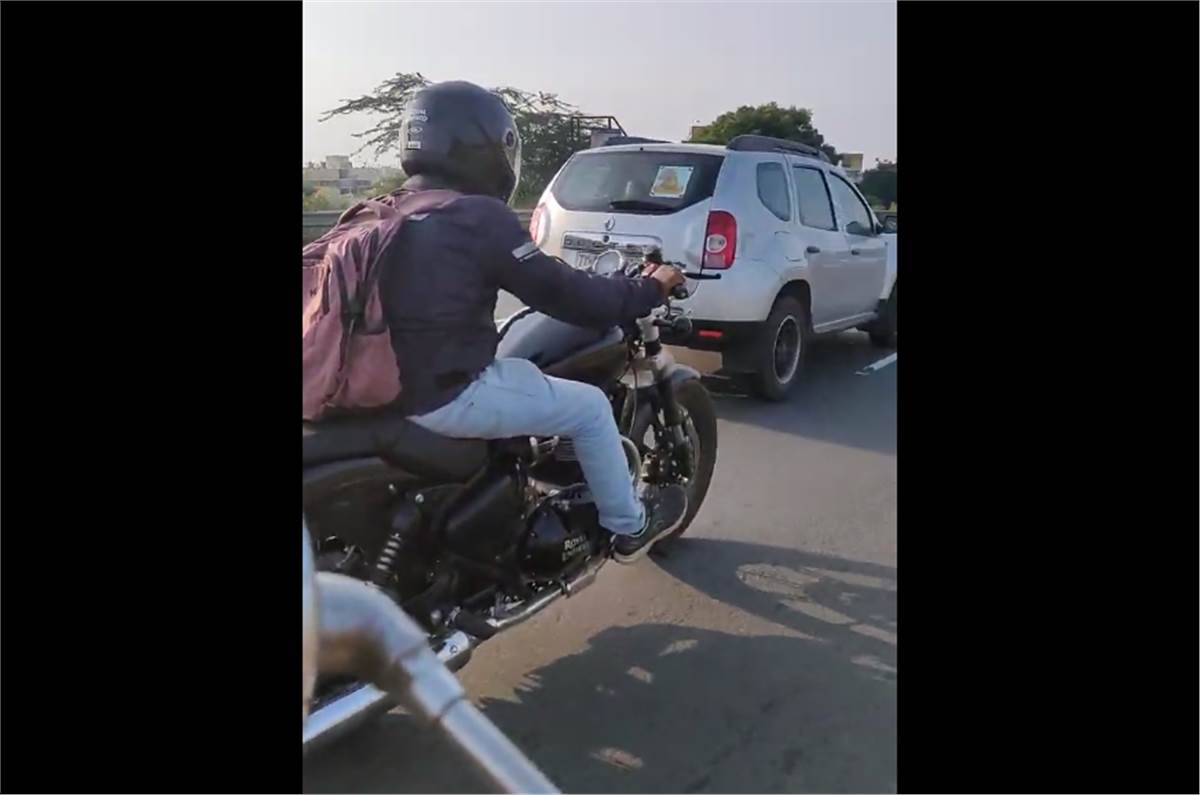 While the engine is probably the same, minor modifications side, it looks like Royal Enfield is using a completely different frame for this bike. The metal tubing along the side is completely different and the twin rear shocks are mounted at more of an angle compared with the Interceptor 650 and Continental GT 650. 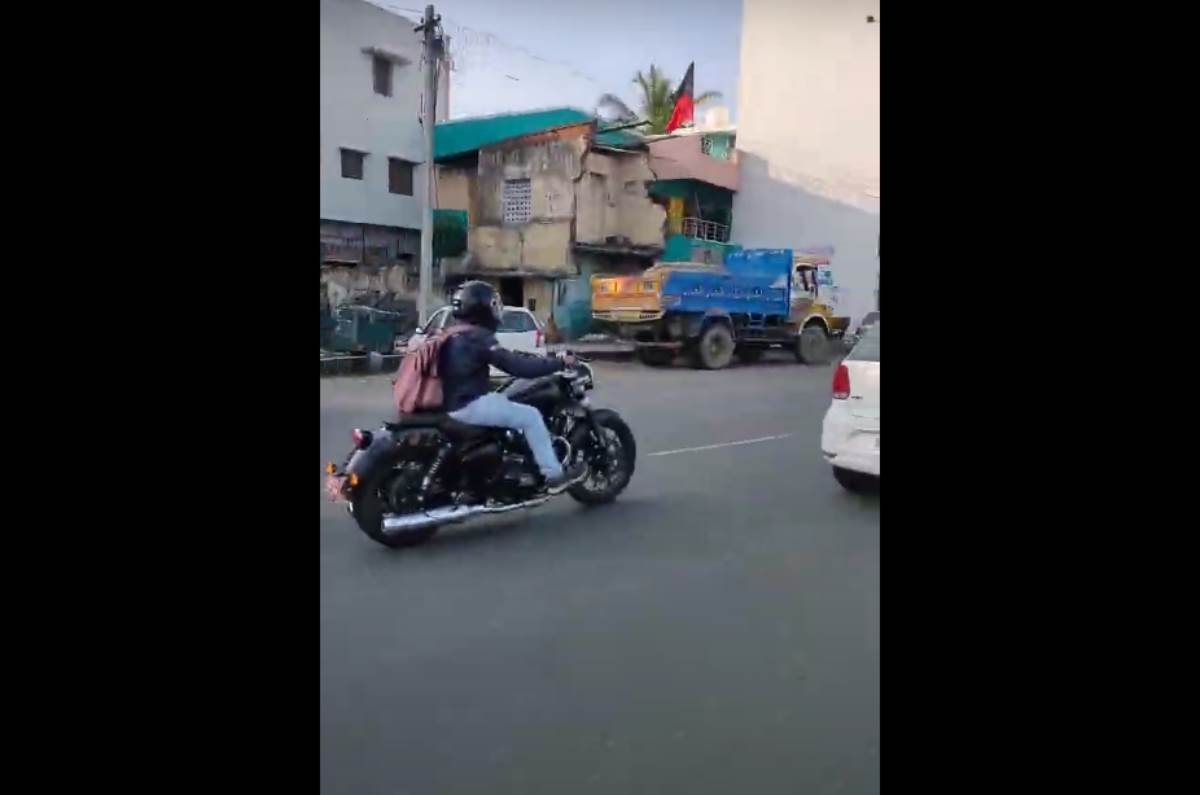 The motorcycle also looks that it will be getting USD fork upfront, making it the first Royal Enfield to do so. The rear suspension, however, consists of twin shock absorbers, and not a mono-shock. 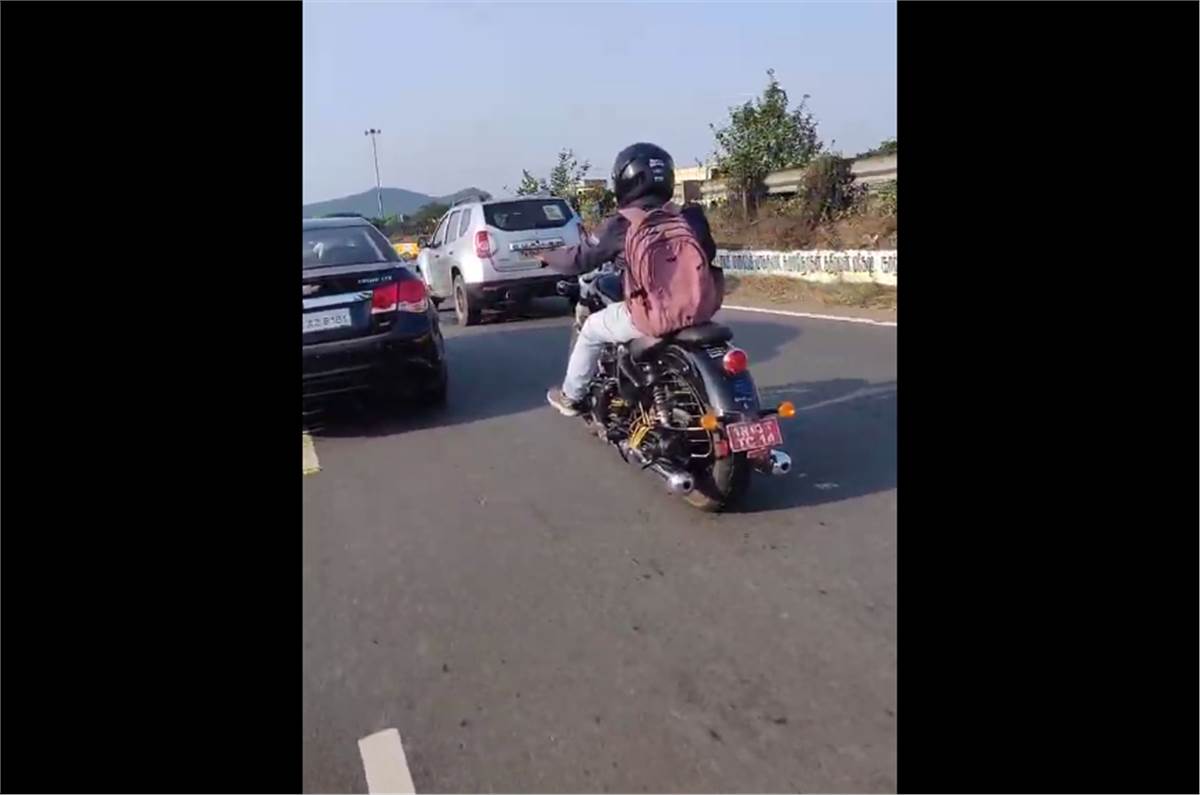 The handlebars are raised, providing a comfortable seating posture. The instrument console seems to be the same lopsided twin round pods as the upcoming Meteor, with one pod for the speedo and the other for the navigation. There is a split seat design, along with the split pillion grabrail. 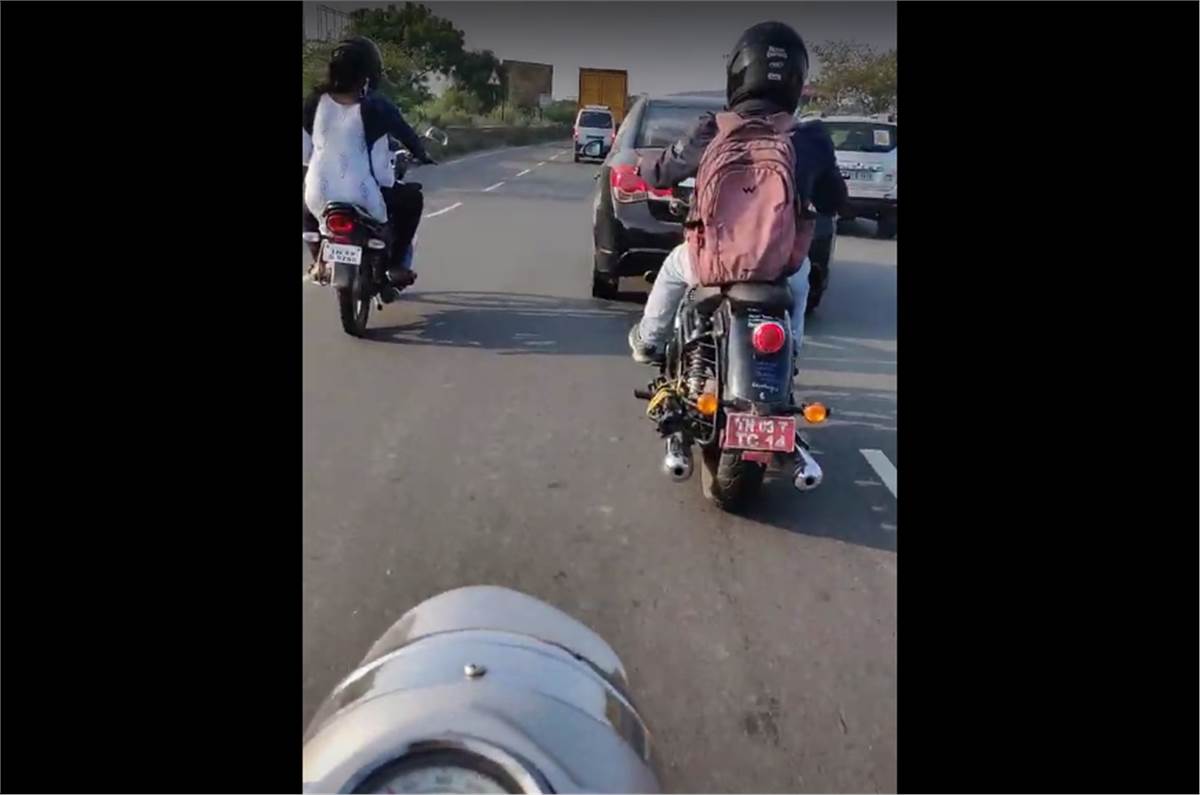 The taillight is a round unit with round turn indicators at the bottom of the rear fender. Both the front and the rear wheels get disc brakes. This new 650cc Cruiser will probably make its debut in India late next year.