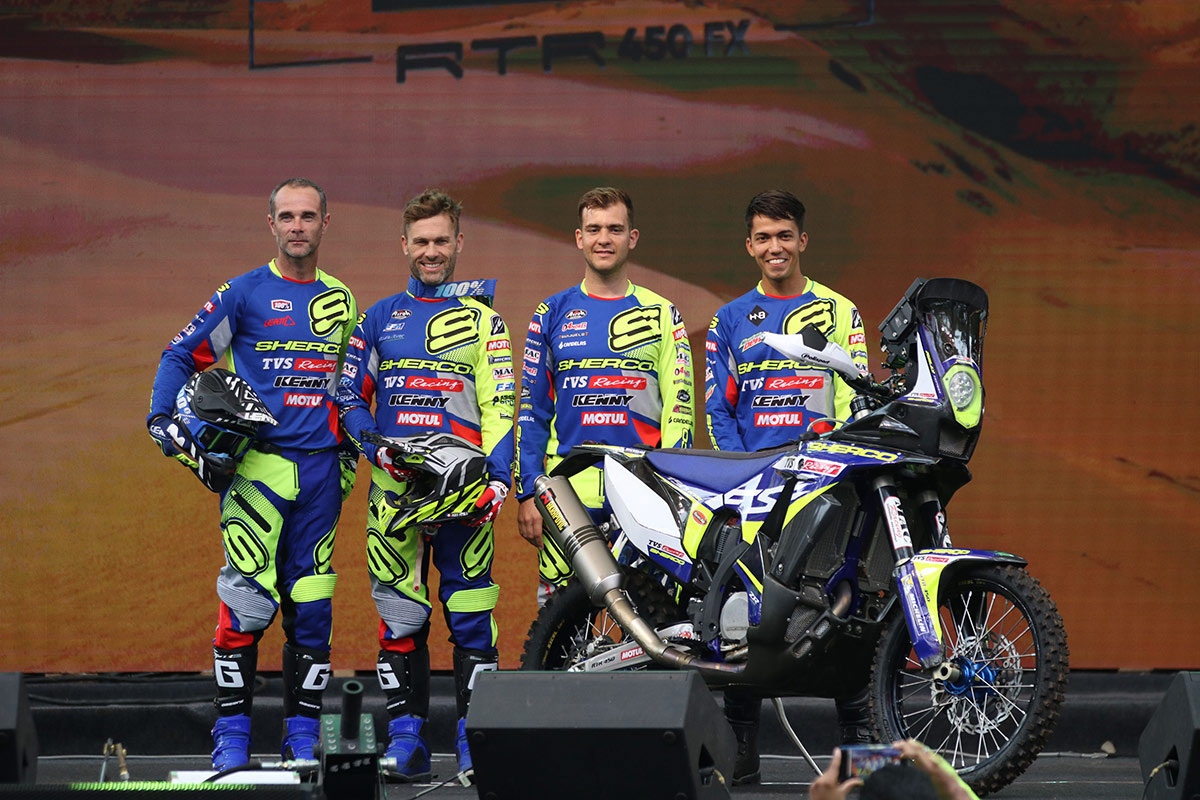 Dakar 2020 is the 42nd edition of the annual international Rally-Raid which will be taking place in the dunes of Saudi Arabia. It will be a journey through unknown landscapes, unexpected challenges, untold stories, and unbelievable memories, commencing at Jeddah passing through Riyadh and culminating at Al Qiddiya. This is Sherco TVS Rally Factory Team’s sixth consecutive year of participation in the Rally.

Sherco TVS Rally Factory Team, lead rider Michael Metge is gearing for his seventh outing at this grueling Rally this year, and Lorenzo Santolino will make his second appearance at Dakar Rally. The team also welcomes Johnny Aubert, who finished sixth in Dakar 2018 bringing with him 35 years of racing experience. The fourth rider, Harith Noah is one of the brightest talents from India and has shown tremendous performance in the international rallies.

Indian rider and Dakar 2019 finisher Aravind KP, who has been part of the TVS Racing team since 2006, sustained a leg injury during his practice session earlier in the year due to which he will not be participating in Dakar Rally 2020. KP successfully completed the 2019 edition of Dakar making him the only Indian to finish the gruesome rally at 37th position.