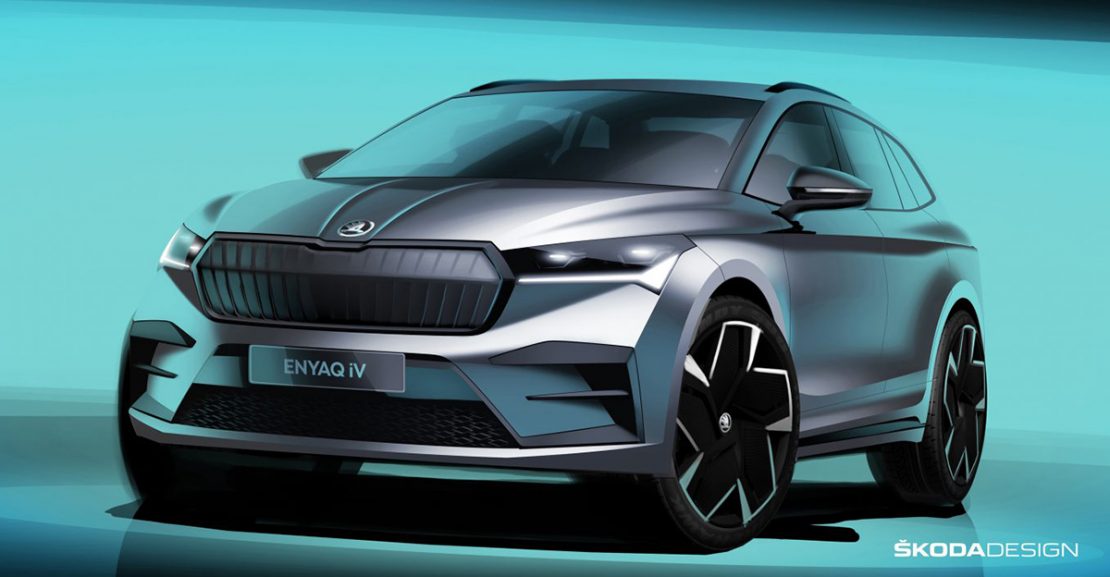 Škoda has released official images of the Enyaq iV, the brand’s first dedicated electric model built on the Volkswagen Group’s MEB platform, ahead of its unveiling on September 1. They are only design sketches for now, but it does give a fair idea about what the production model will look like. 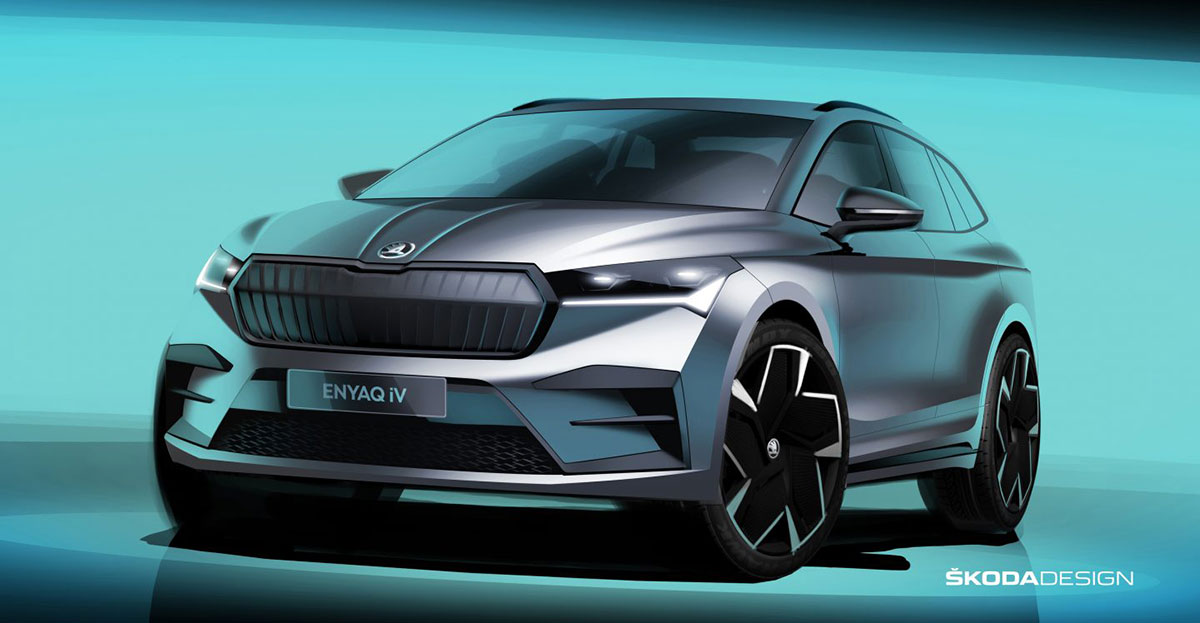 The Czech brand’s exterior design boss, Karl Neuhold says, “With the Enyaq iV, we are again building on the emotive Škoda design language that characterizes the Scala, the Kamiq, and the new, fourth-generation Octavia. The Enyaq iV also features sculptural lines, clear surfaces, and crystalline elements that draw inspiration from Bohemian crystal art. 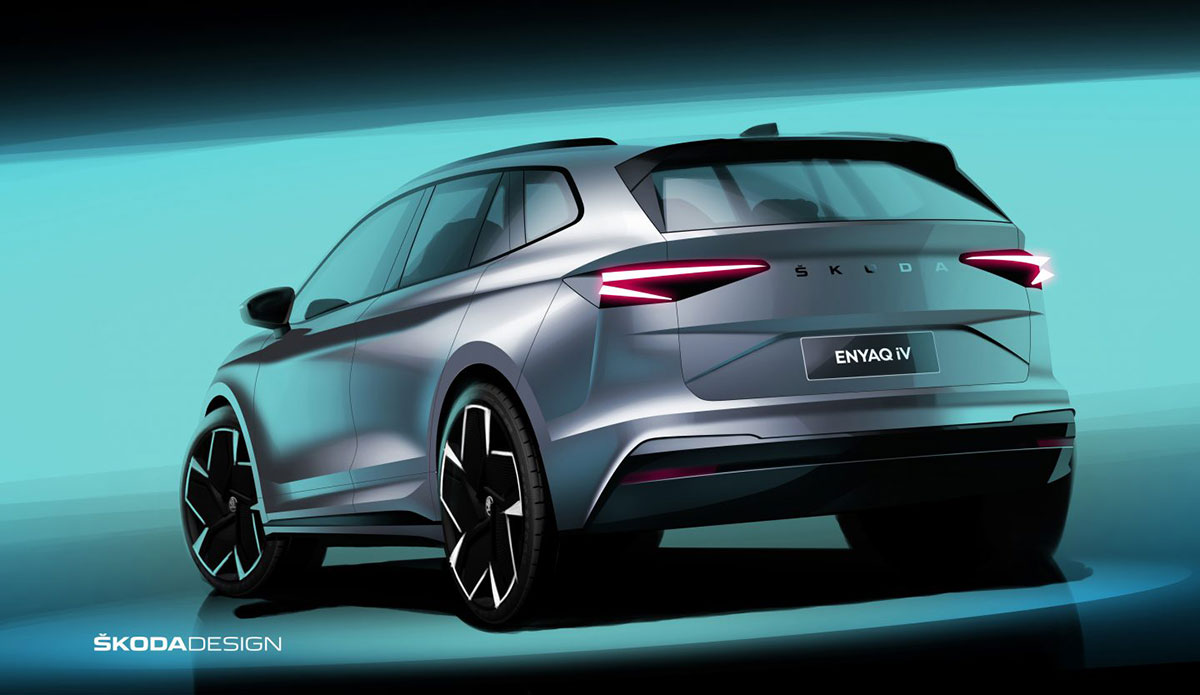 Its proportions, however, differ from those of our previous SUV models: the Enyaq iV has a shorter front end and an elongated roofline. This creates a very dynamic look and transforms it into a proverbial ‘space shuttle’.” Neuhold claims the MEB platform and the lack of a combustion engine allow for short front and rear overhangs. The body is “more elongated and extremely aerodynamic”, with a drag coefficient of just 0.27.

On the inside, the new SUV, which uses the same underpinnings as the new Volkswagen ID 3 hatchback, is said to have an interior that “reflects modern living environments”. New features making their debut on the Enyaq – and which can be expected to appear on future Skoda EVs – include 585 liters of boot space, a 13.0-inch central touchscreen, and a head-up display with augmented reality. Škoda will be presenting its first all-electric SUV in Prague on 1 September 2020 and will go on sale sometime in 2021.