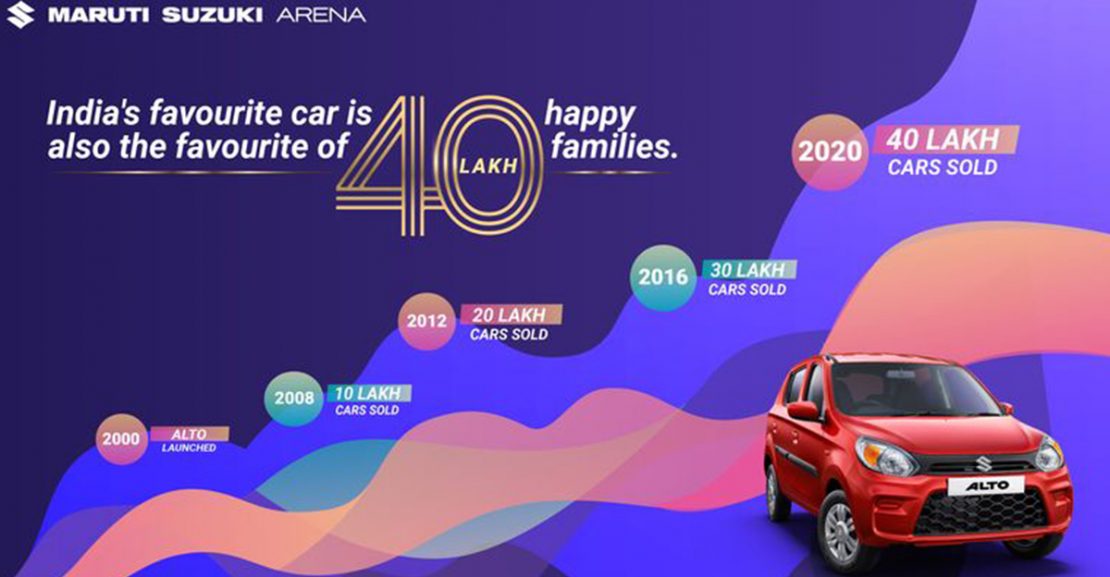 Suzuki Alto is one of the most popular names in the Indian and Nepalese automobile industry, and it has been crowned as India’s best-selling car for the 16th consecutive year in a row. And now the car has added what could be its biggest achievement in history.  Suzuki Alto, the entry-level four-wheeler has crossed the 40 lakh sales mark in its home country India, 20 years on from when it was first launched in 2000. 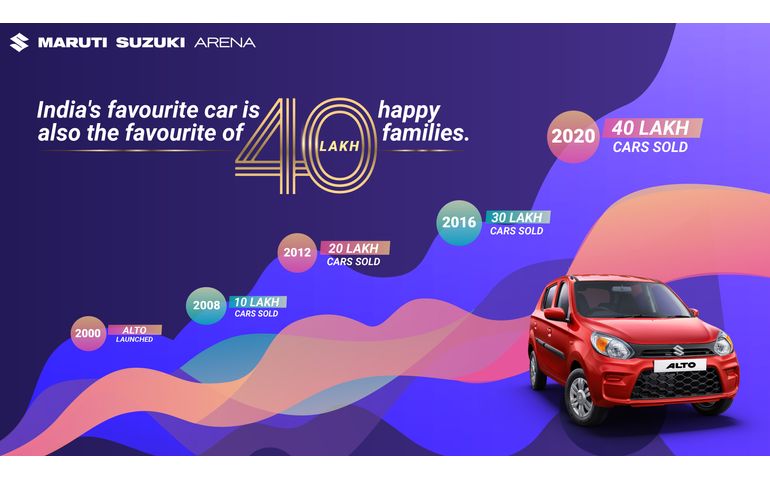 By 2008, there were 10 lakh Altos plying on Indian roads, and by 2012, that figure had doubled to 20 lakh. The remaining 20 lakh sales took just 8 years for the Alto, with the 30-lakh mark being crossed in 2016. Furthermore, the Alto’s 35 lakh sales milestone was achieved in March 2018. Apart from being India’s only car to cross the 40 lakh sales milestone, the Suzuki Alto is also India’s first entry-level car to become BS6-compliant coupled with the latest crash and pedestrian safety regulation.