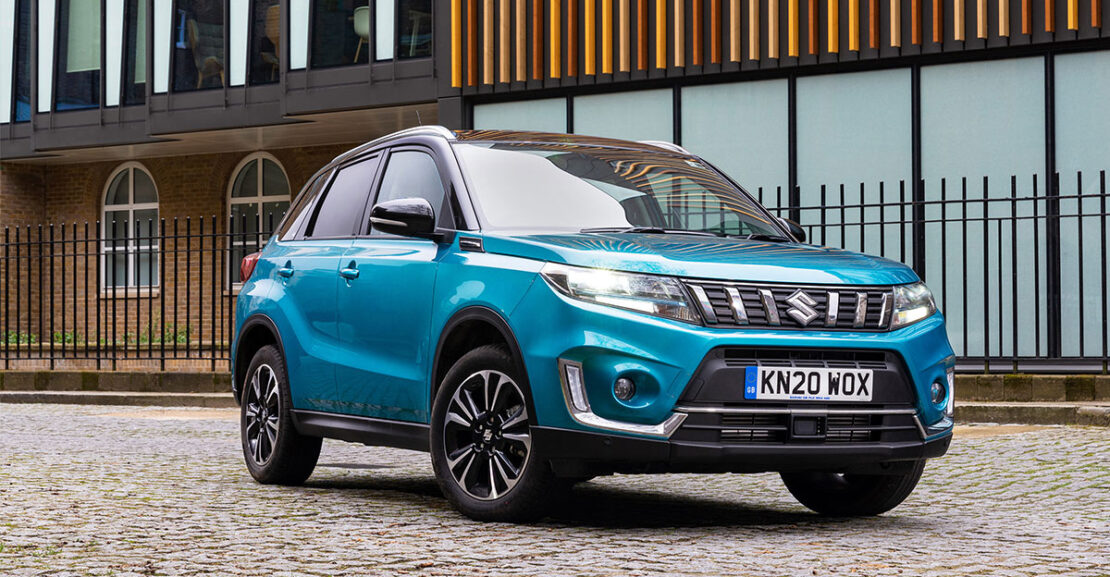 This year, Suzuki is celebrating its 100th anniversary. It was on March 15, 1920, that Suzuki Loom Manufacturing Company was founded by Michio Suzuki. Since then, Suzuki has expanded its business from looms to motorcycles, automobiles, outboard motors and ATVs, always adapting to the trend of the times as well as domestic and global markets. 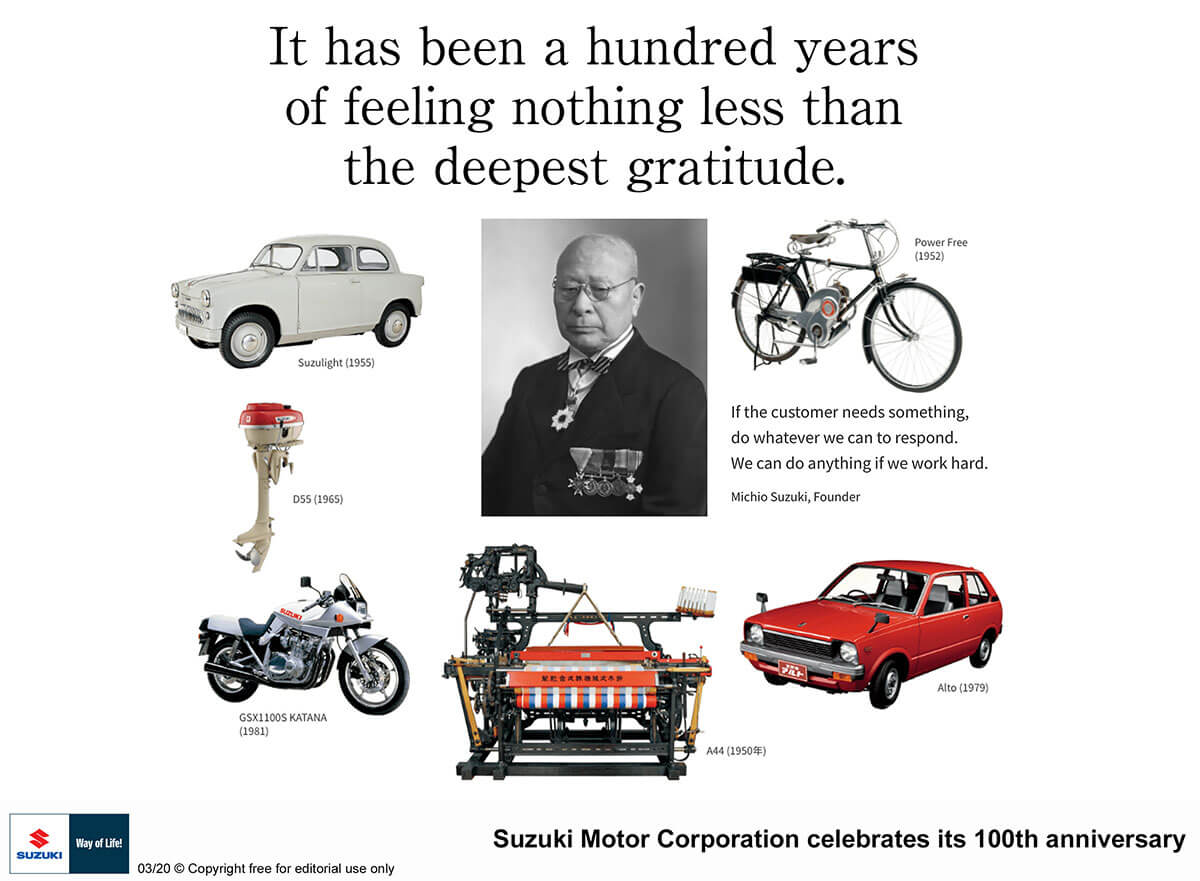 After changing its name to Suzuki Motor Co. Ltd in 1954, Suzuki launched the Suzulight, the first mass-produced mini-vehicle in Japan. The company name was then changed to ‘Suzuki Motor Corporation’ in 1990 in view of its business expansion and globalization. The journey of 100 years was never easy, to overcome a number of crises since the foundation, although every member of Suzuki united as one and continued to make the company thrive. 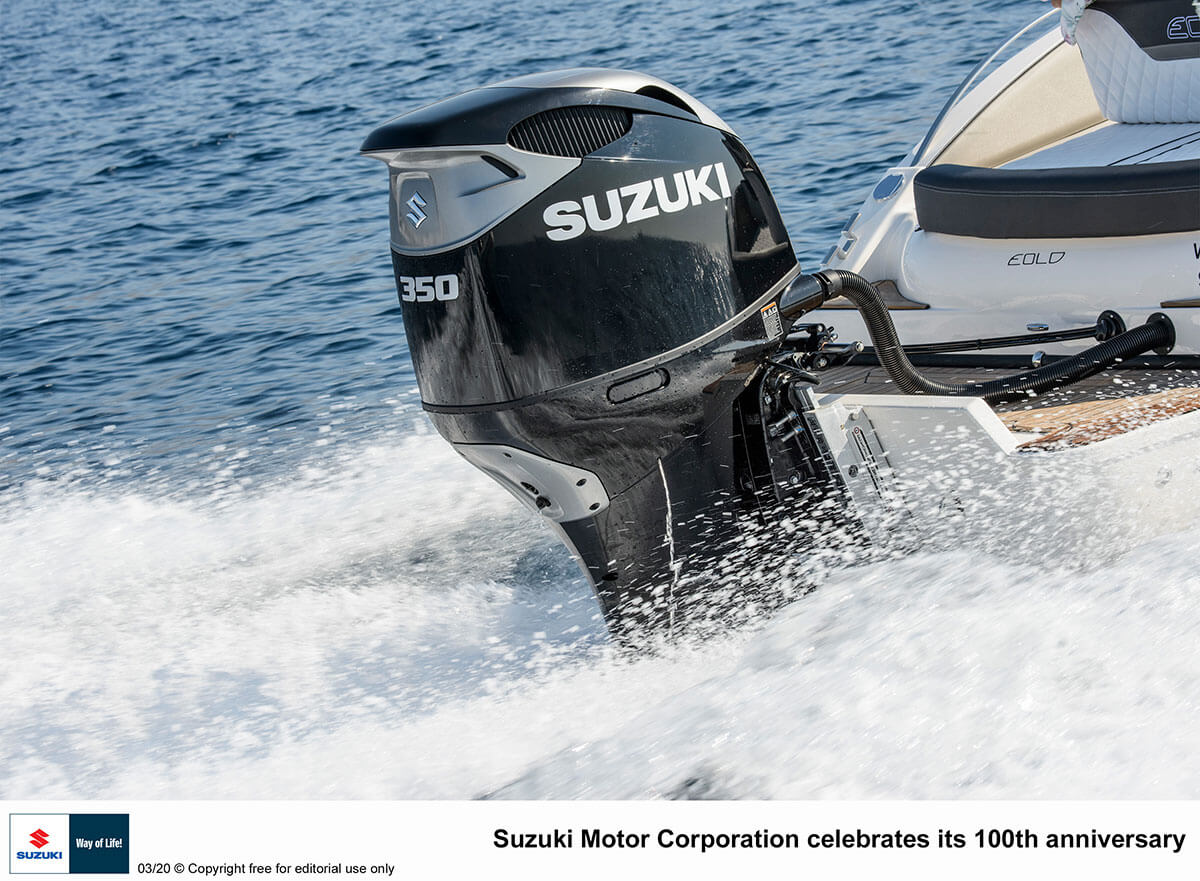 Suzuki has grown to a company with many fans across the globe and even today, its unchanging spirit of manufacturing has been passed on. Marking the beginning of the next century this year, every member of Suzuki is committed to achieving an even greater business. 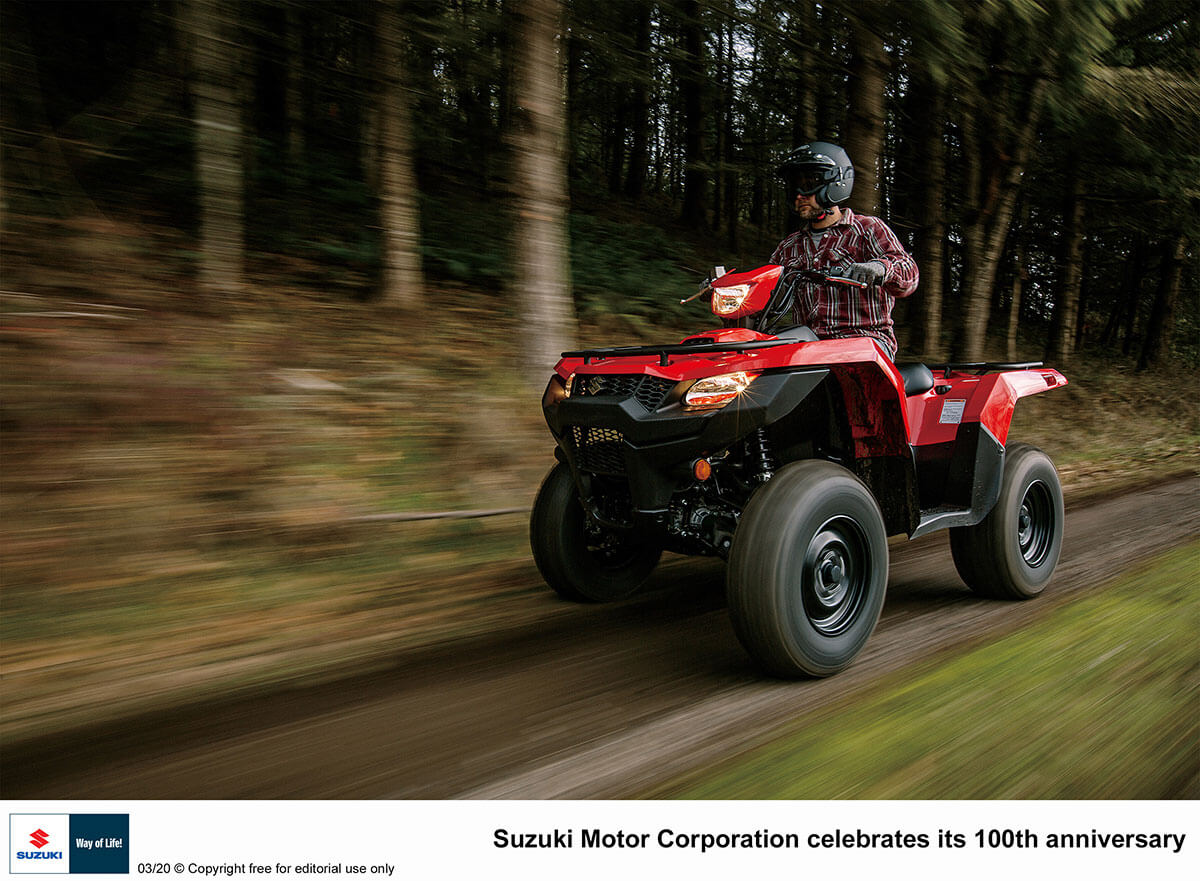 Director and Chairman, Osamu Suzuki and Director and President, Toshihiro Suzuki shared their message and commented: ‘All members of Suzuki Motor Corporation take this as an important milestone to reaffirm the founder’s philosophy of ‘focusing on customers’ and strive to deliver products to our customers across the globe. Your kind support is truly the greatest factor that has enabled us to always be close to our customers’ daily lives and achieve our commemorative 100th anniversary. We sincerely appreciate your continuous support’ 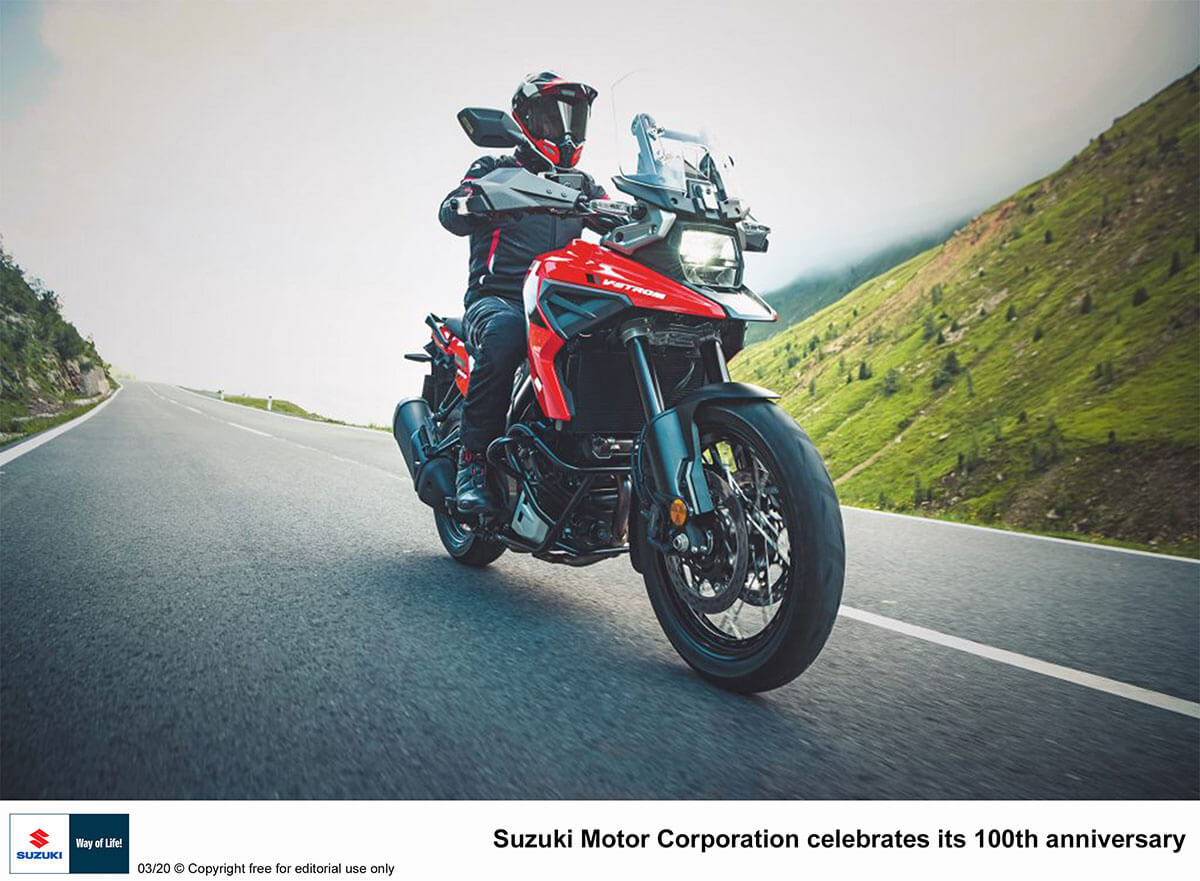 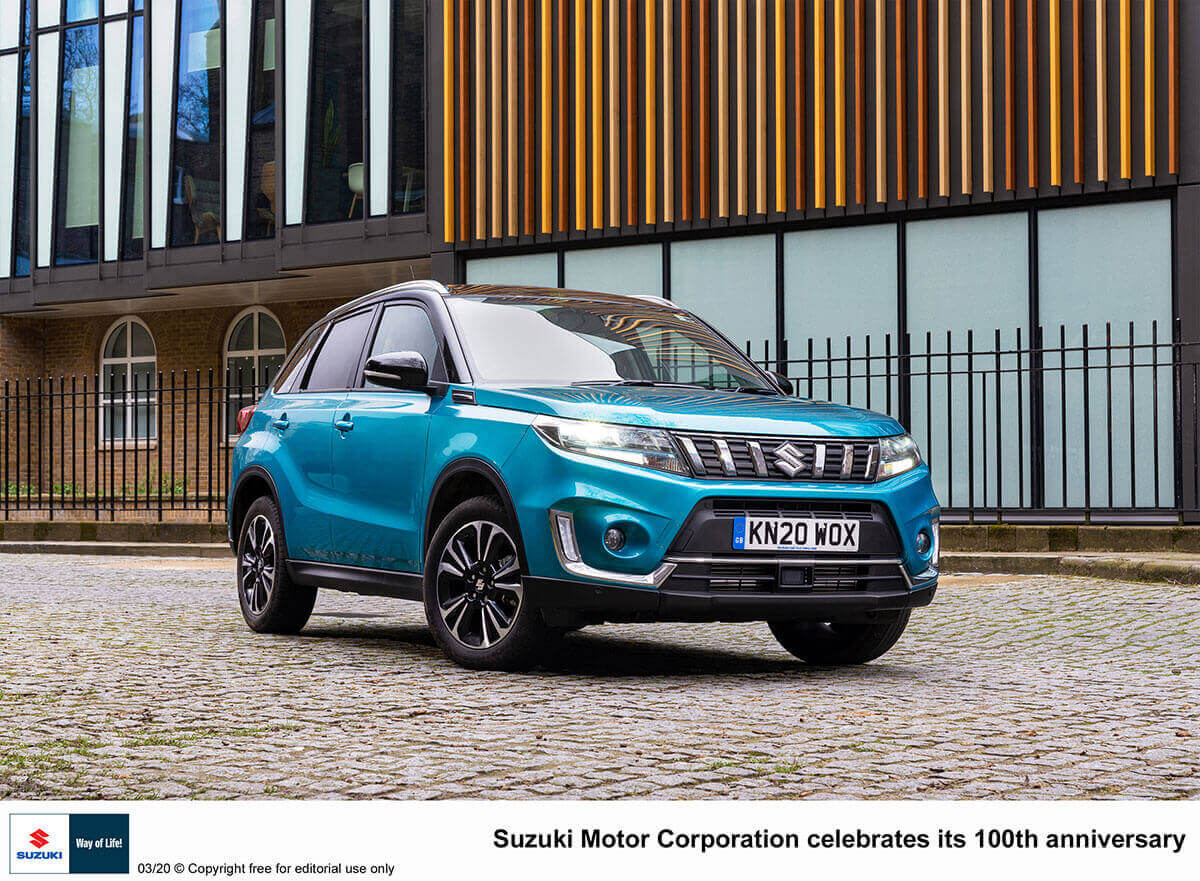 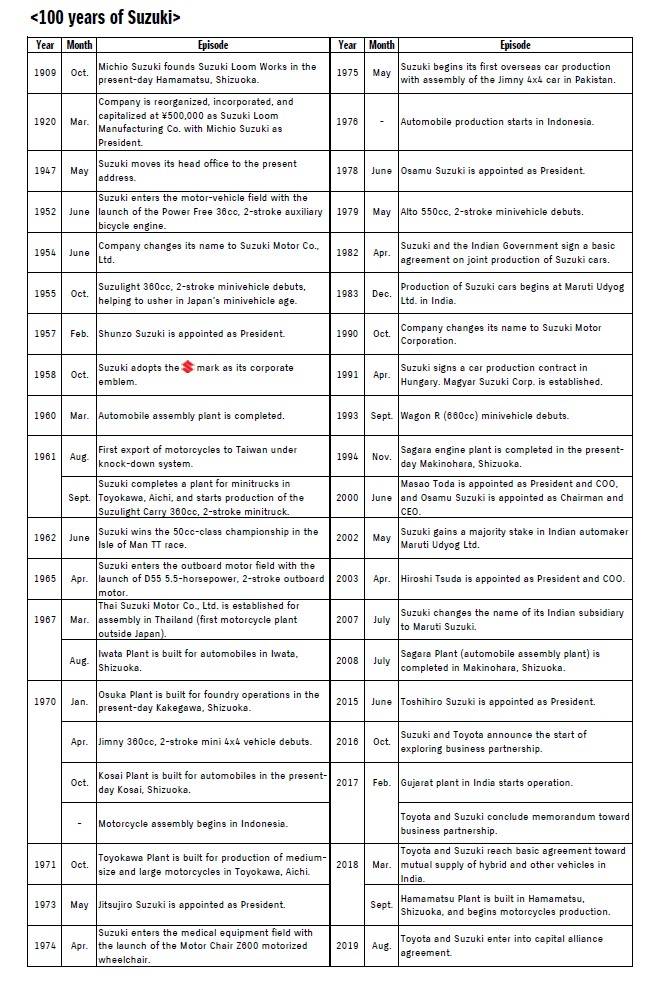