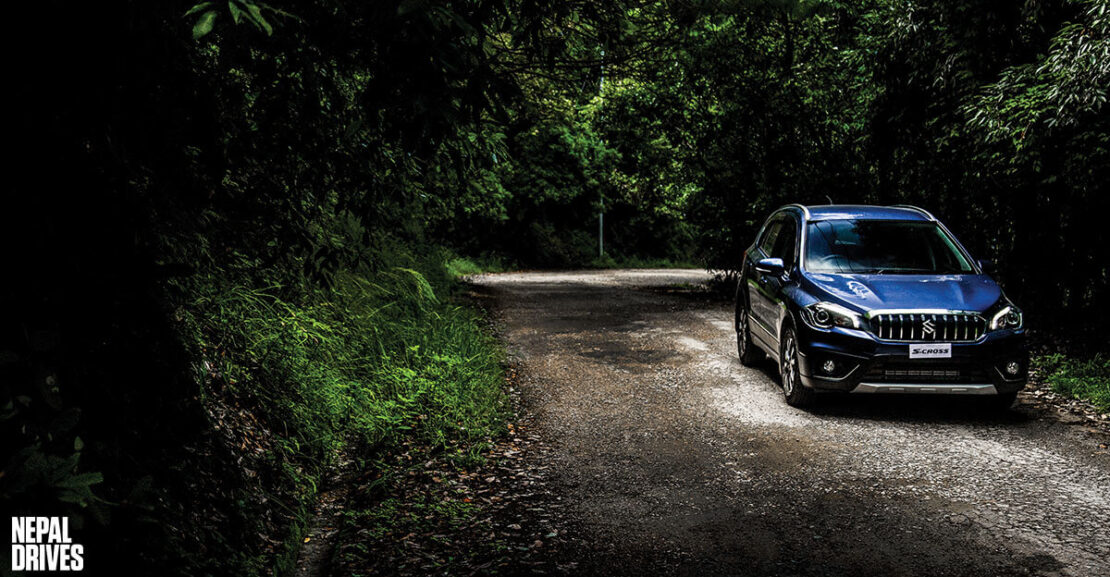 The Suzuki S-Cross was Suzuki’s entry into the small SUV/crossover segment. In a highly competitive segment with equally competitive players, the S-Cross didn’t exactly fly off the showrooms. Carrying the looks of a large hatchback, people gravitated towards Hyundai Creta, Ford EcoSport and everything in between.

Not ones to stand down and take a beating, Suzuki has refreshed the S-Cross for a rematch with the segment giants. Suzuki has now revised the S-Cross’ looks, upgraded the feature-list and plans to only offer the 1.3-liter diesel engine with a smart hybrid tag on its rear. This is take two of the S-Cross’ run and we are here to tell you all about it. 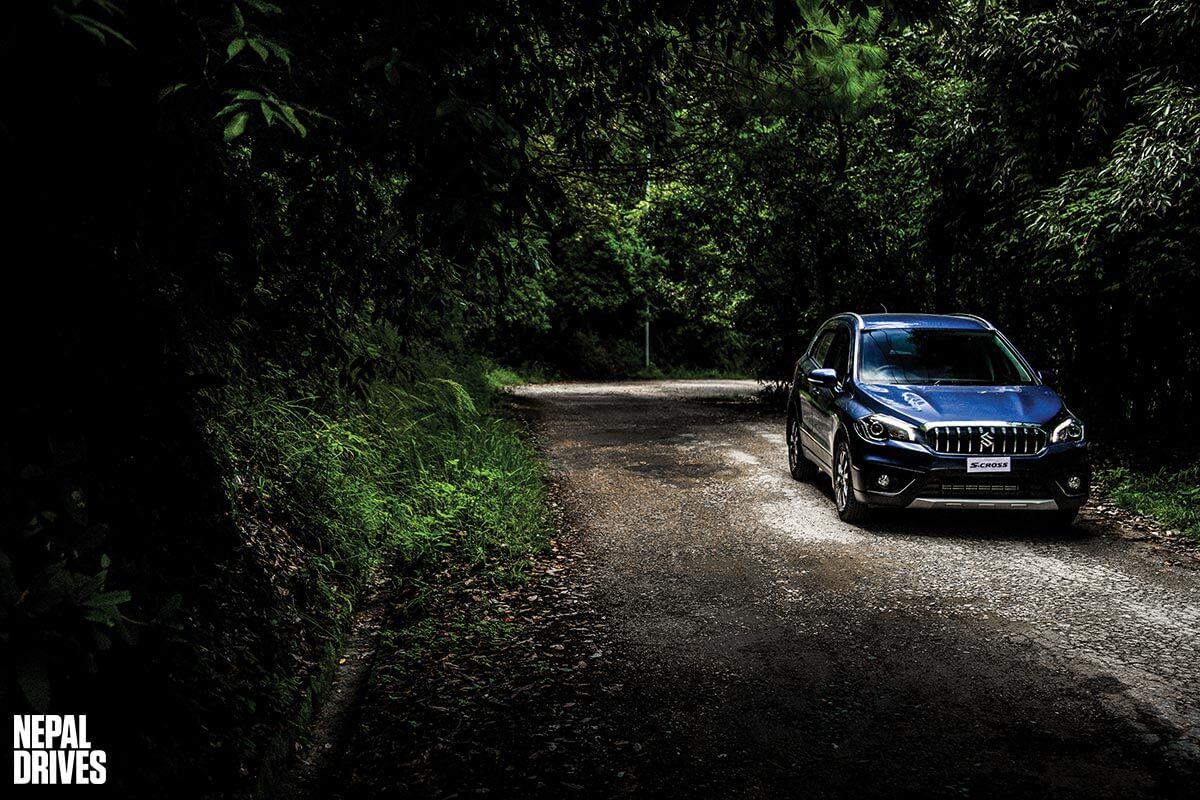 WHAT CHANGES ARE ON THE OUTSIDE?

The Suzuki S-Cross still retains the overall crossover stance of the previous model but now has new elements to make it look more like an SUV rather than a raised hatchback. The S-Cross gets a large chrome upright grille with prominent vertical slats and an aggressive lower bumper design that houses a larger air dam. The car also gets reshaped LED projector headlamps with DRLs. 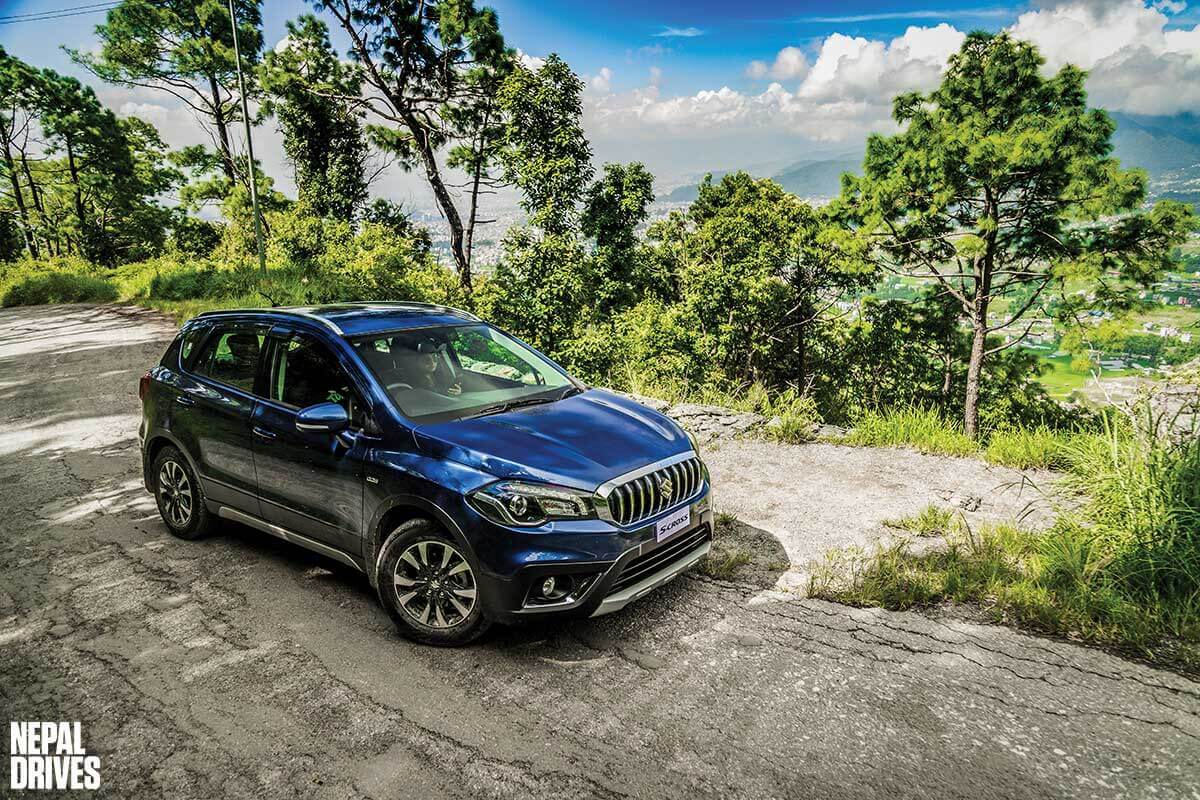 The new sculpted bonnet also adds some much-needed character to the S-Cross. The front of the S-Cross gives off a BMW styling vibe that we actually find impressive. The side tends to take a simpler route with the only notable change being the new two-tone machined alloy wheels with wider 215/60 R16 tires. 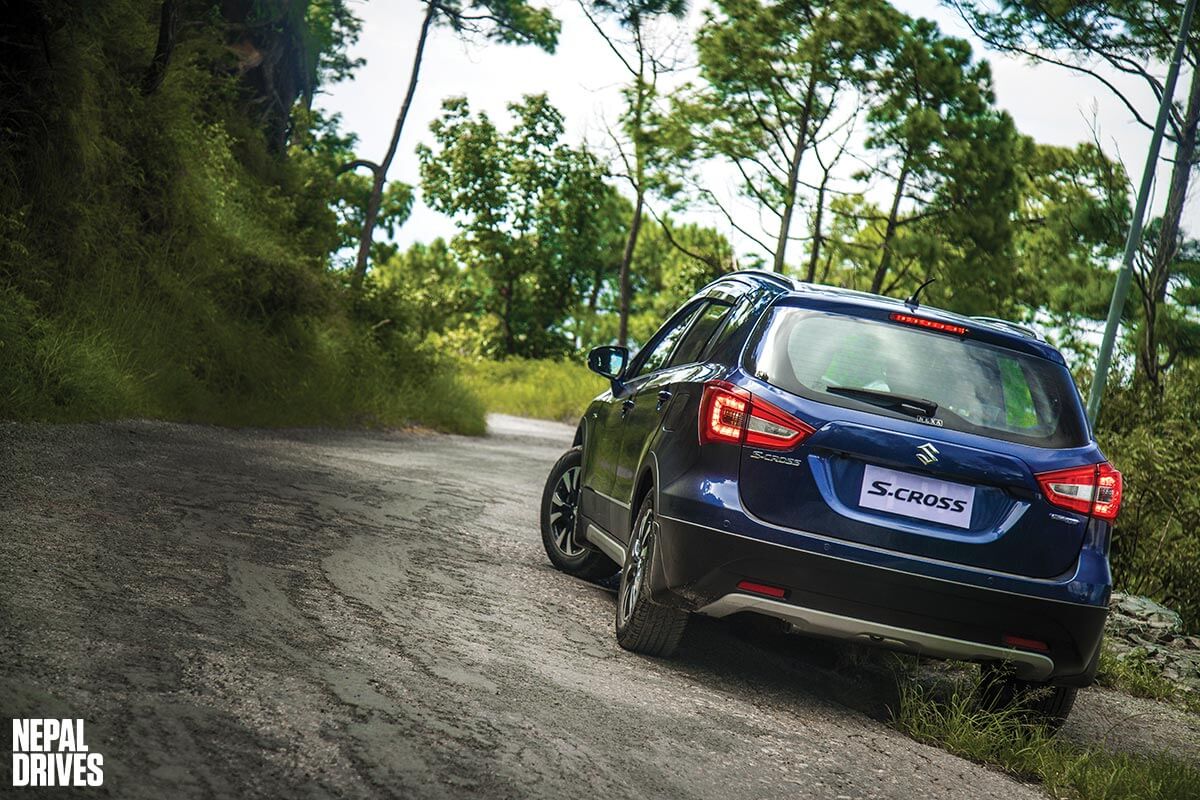 Over on the rear nothing, much has changed except for the taillights getting an LED treatment. Overall the Suzuki S-Cross retains the silhouette of a crossover and adds in some much-needed butch attitude especially at the front.

Not much has changed inside the cabin when you compare the new S-Cross with the outgoing model, which is a good thing because the car retains all the premium feel of the cabin that it previously had. The updates that catch your eyes include a door armrest that’s now wrapped in leather, a smart hybrid auto start/stop cancel switch and the touchscreen infotainment system which is now compatible with both Android Auto and Apple CarPlay. You get plenty of storage spaces all around the cabin, there are storage spaces on the lower center console, inside the driver’s central armrest and the front door pads too. 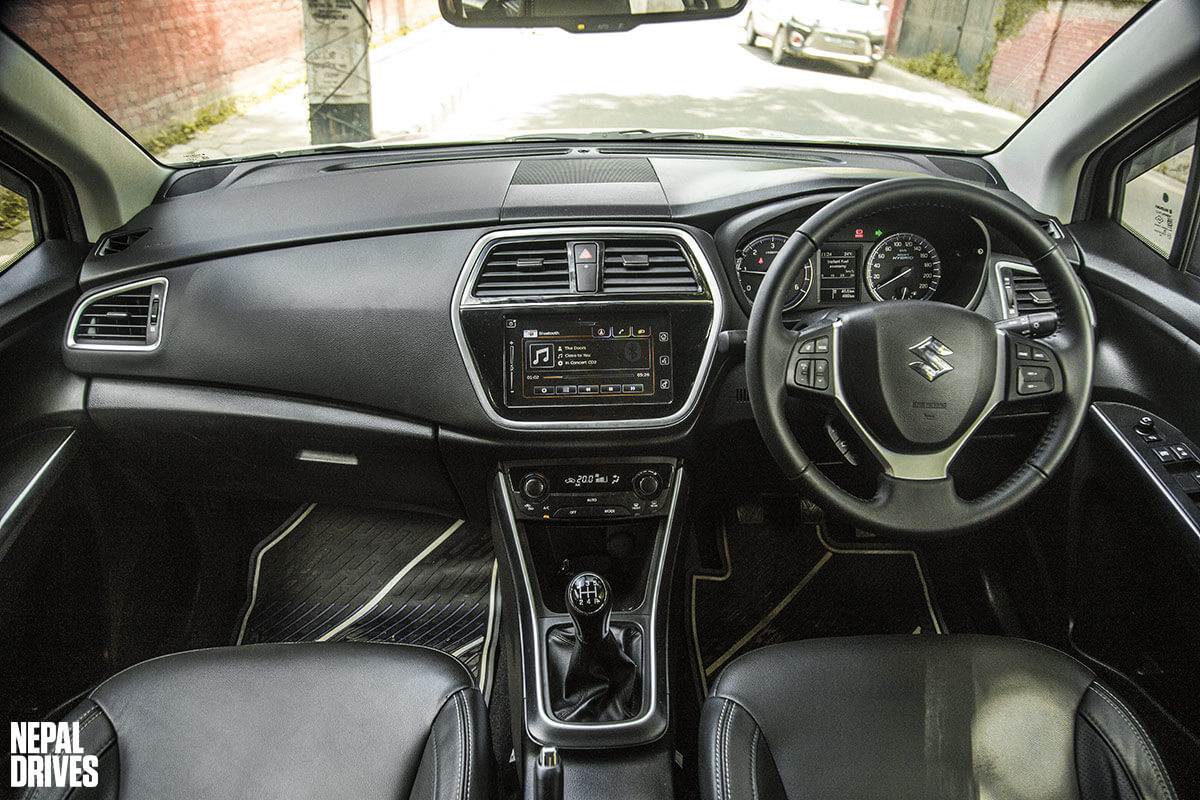 The overall fit and finish of the cabin are also great and there are lots of soft touch points on the upper dash and door pads. There are large front seats with firm cushioning that provide exceptional support to your back.  There is lots of legroom to stretch into with good lateral and thigh support. The high seating position amplifies visibility to make for a comfortable and confident drive. 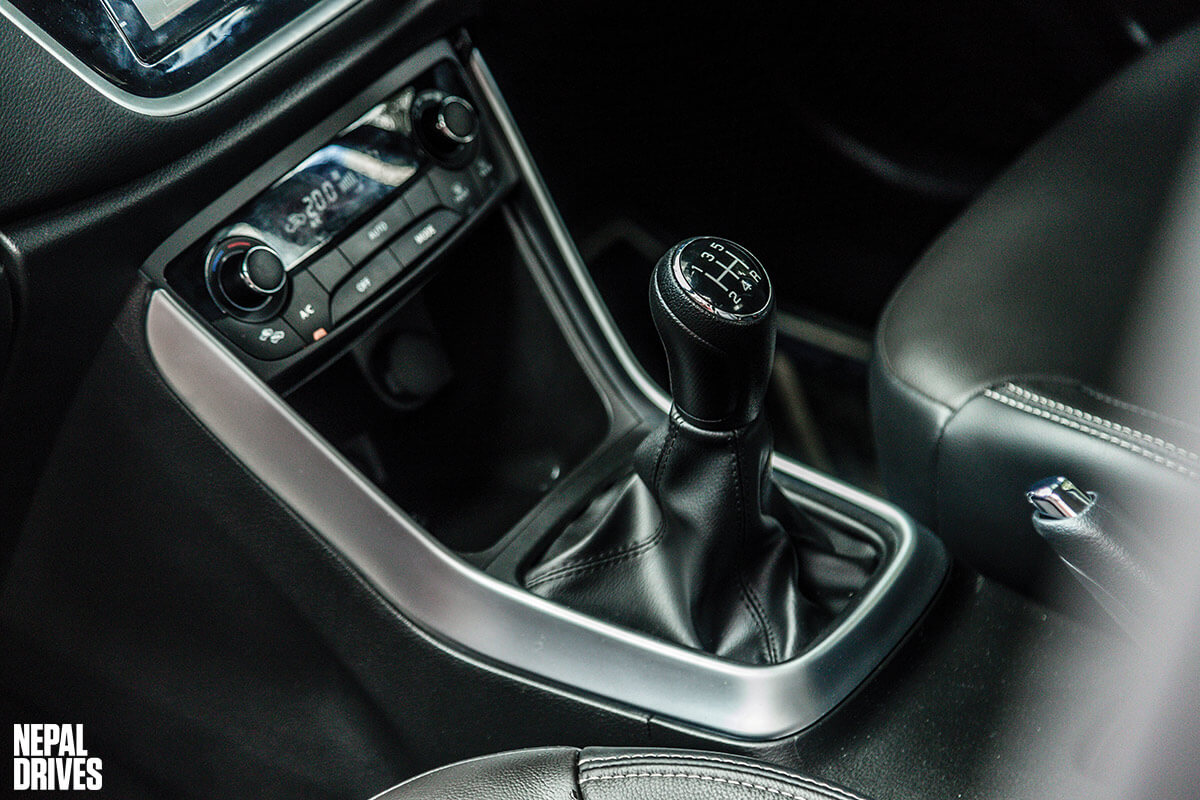 Over on the back, the rear bench is large enough to accommodate three passengers with ease thanks to the superior shoulder room, ample legroom and adequate thigh support. While the lack of headroom for larger people on the back can be overlooked, the lack of rear AC is a disappointment, what was Suzuki thinking? 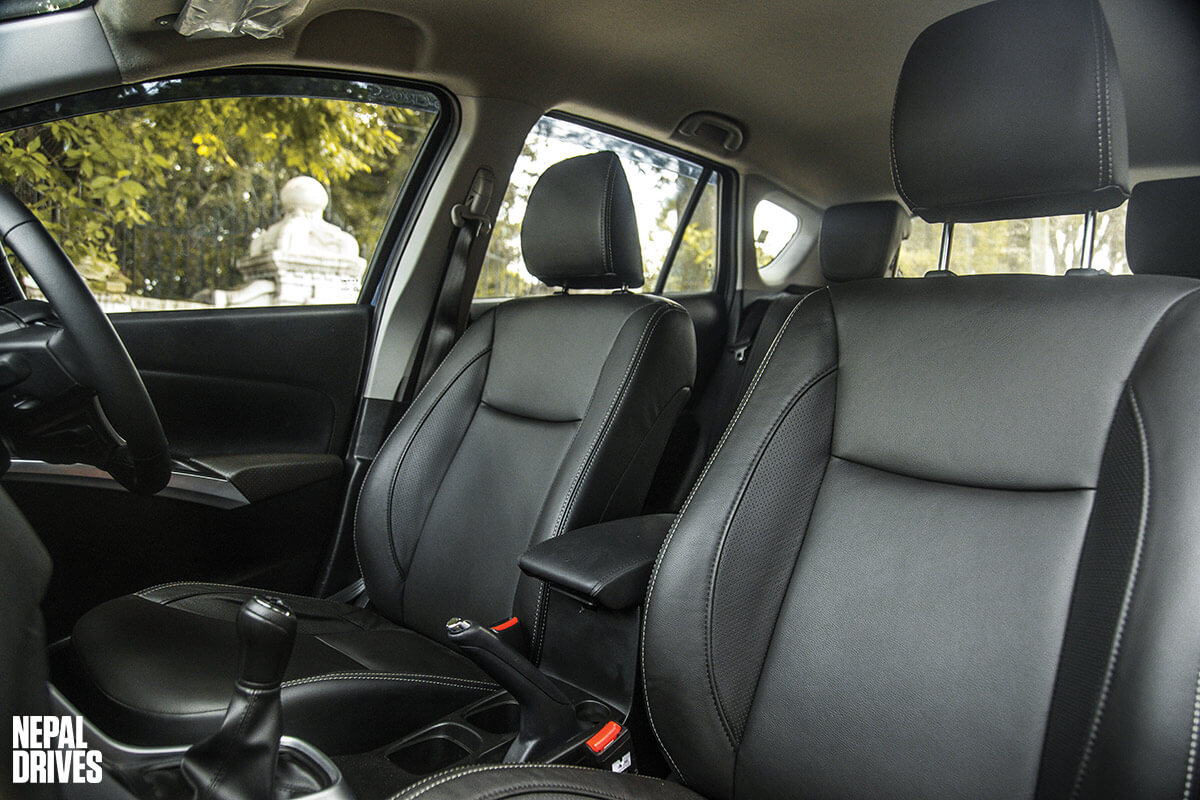 Lift open the boot lid and you’ll find that the S-Cross continues to offer 353-liters of boot space through a well-shaped enclosure that can easily swallow luggage, also there are 60:40 split-folding seats which can be folded to open up to 810-litres of boot space.

The S-Cross continues to be powered by the same 1.3-liter four-cylinder diesel Multijet motor mated to a 5-speed manual transmission that’s been powering a host of other Suzuki cars. This tried and tested engine has now been paired with Suzuki’s ‘Smart Hybrid’ technology which features idle start-stop system and brake energy regeneration (to assist engine power on acceleration). 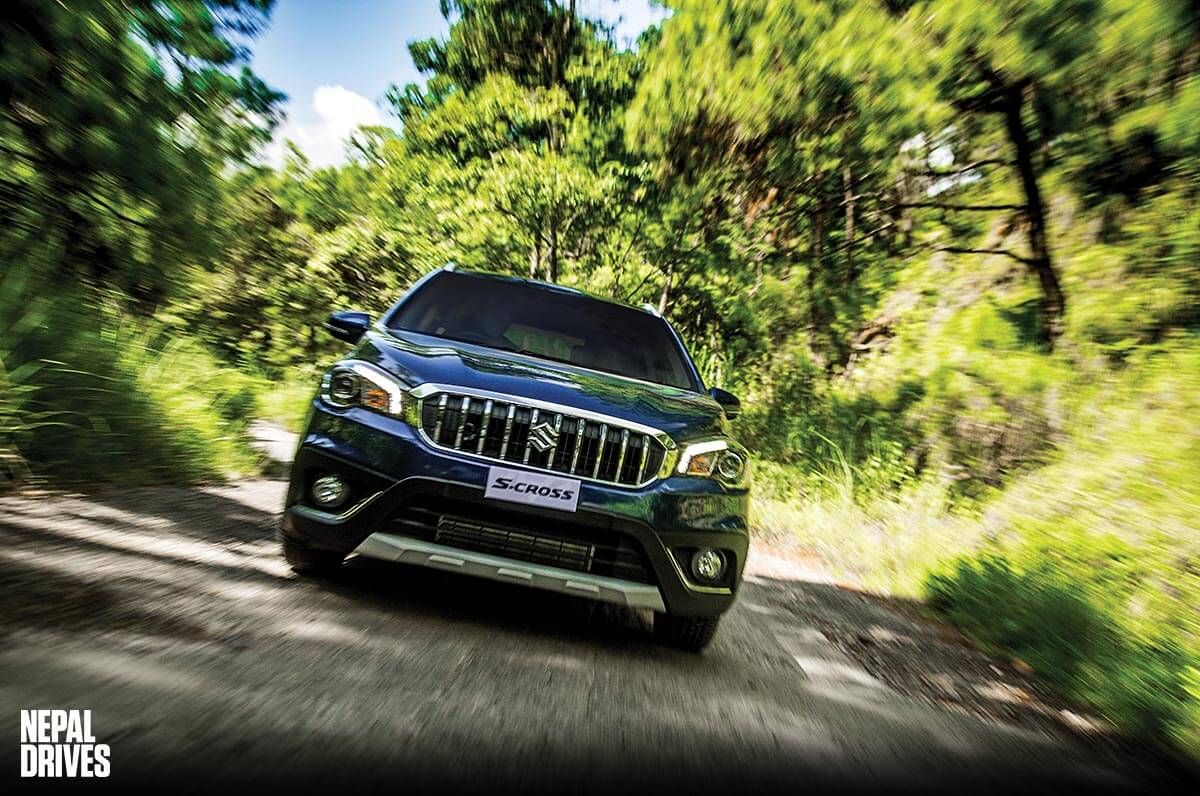 The diesel engine lags until it gets to 2000 rpm, after that, however, the boost kicks in and the car gets going in a speedy pace. The power delivery is not aggressive and is more suited for inside the city rather than out on the highways. The suspension is quite firm and you will feel some movement within the cabin at slow speeds when the going gets rough, while these bumps are muffled once the car gains speed it is not potent enough to make the passengers feel uncomfortable at any given moment. 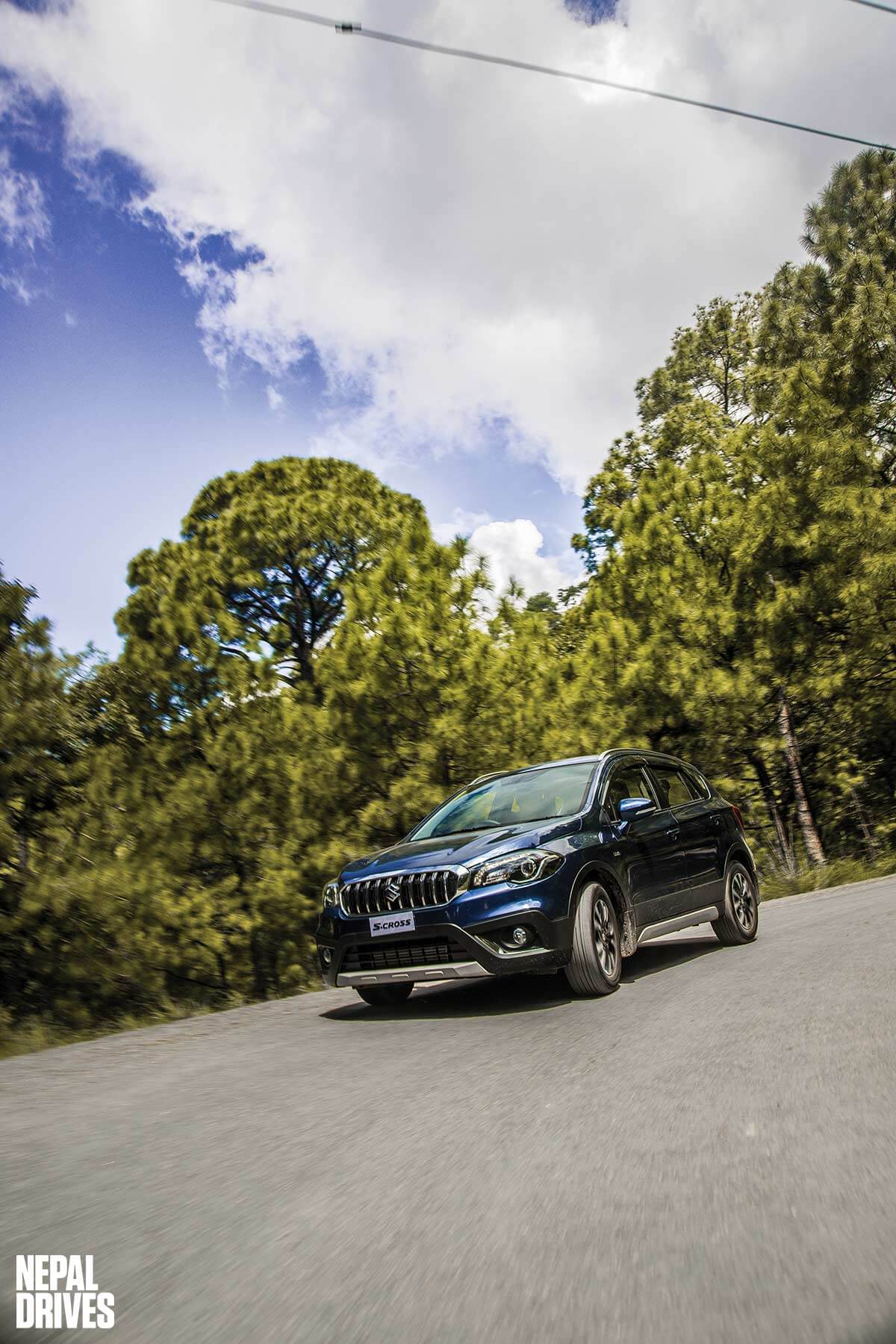 The steering isn’t quick, but is progressive and will weigh up nicely providing good feedback to the driver. The S-Cross now has wider 215 profile tires that offer a better grip. Plus, with the firm ride, the car continues to be quite stable on the highway with the body roll well-contained around bends. On the safety front, you get dual front airbags and ABS with EBD as standard. 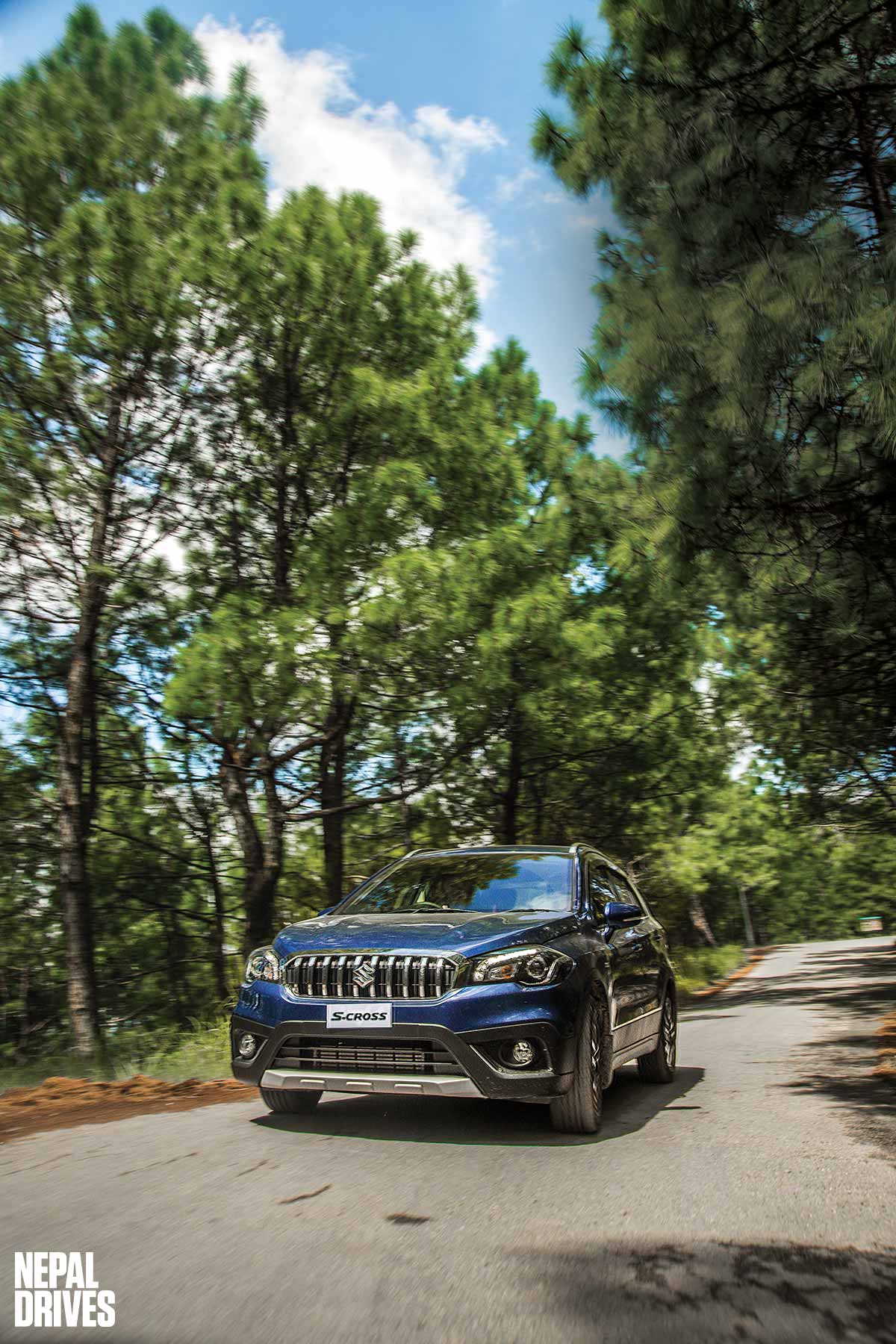 Suzuki’s new S-Cross is locking horns with other segment SUV/crossovers like the Ford Ecosport, Renault Duster, Hyundai Creta, Nissan Terrano, and Suzuki’s own Vitara Brezza, that on its own is a list of some of the toughest competition in Nepali car market. The new S-Cross is certainly heading in the right direction with its refreshed avatar. 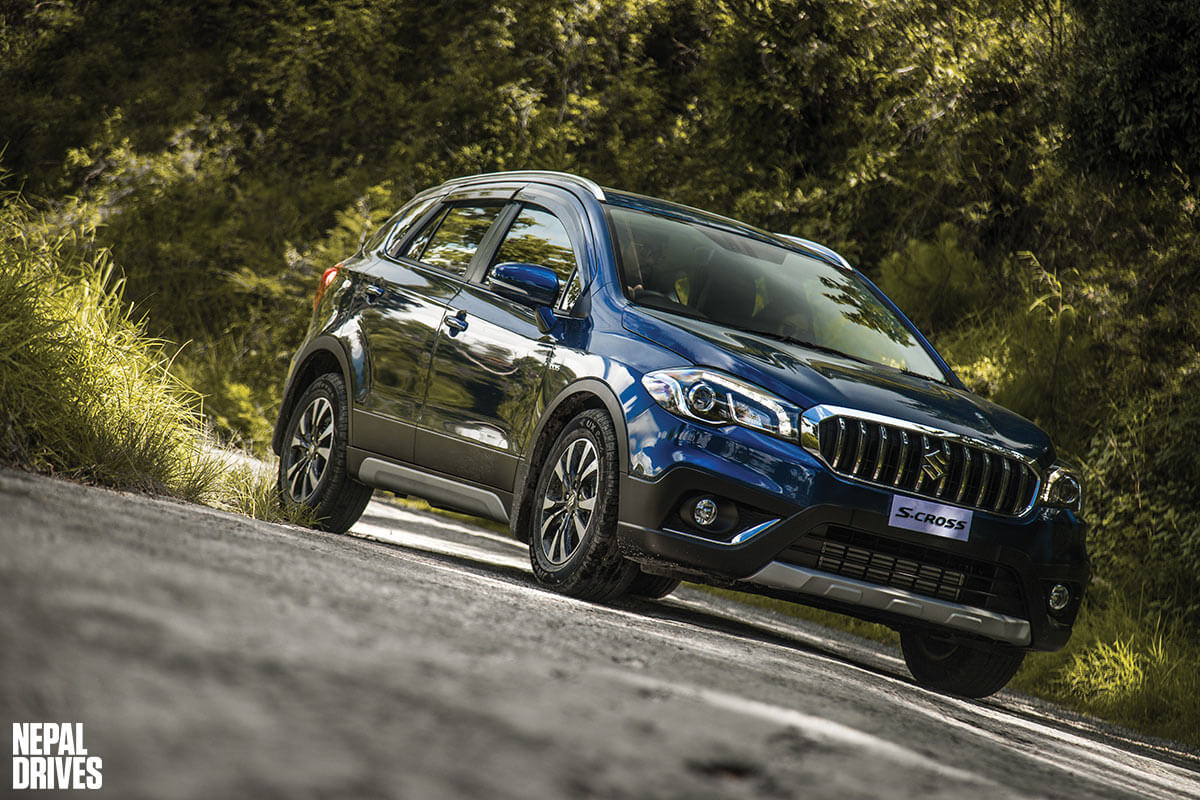 It has the redesigned front end which gives it some much-needed character. It also gets a spacious cabin with quality interiors and comfortable seats. It comes with a proven engine mated to new-age technology. The new Suzuki S-Cross in that sense is better and poised to fly off the showrooms, and it is definitely what the original S-Cross should have been in the first take.