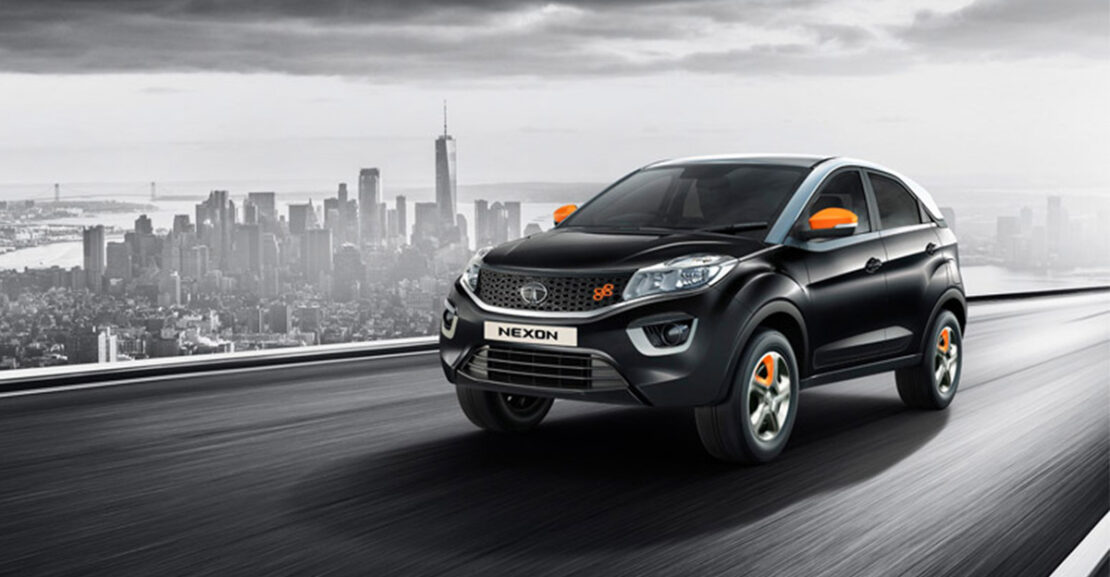 Tata Motors has announced the launch of an all-new limited edition Nexon Kraz (pronounced as craze), to celebrate the 1 lakh sales milestone of the Nexon brand. This is the second limited edition of Nexon. The automaker had also introduced the Kraz edition last year for the festive period. The 2019 special edition version gets ten exterior and interior styling highlights, which according to the manufacturer, will attract a lot of young customers during the festive season this year. 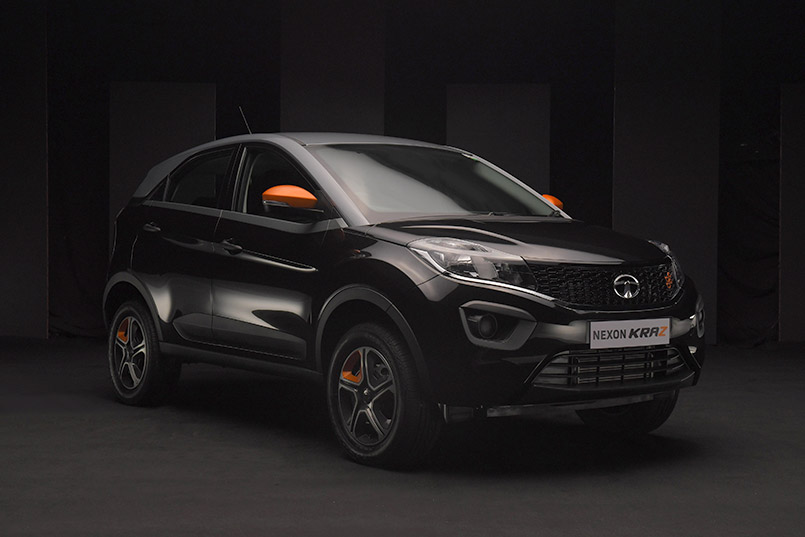 The Tata Nexon Kraz Edition gets a new Tromso black paint scheme with a sonic silver-finished roof. It gets tangerine-colored ORVMs, grille inserts, and wheel accents. There’s a Kraz badge on the tailgate. Inside, the compact SUV sports the same tangerine accents on the seats with contrast stitching, and a piano black dashboard with tangerine-colored air-vent surrounds. The cabin also comes with piano black door and console finishers, as well as steering accents. 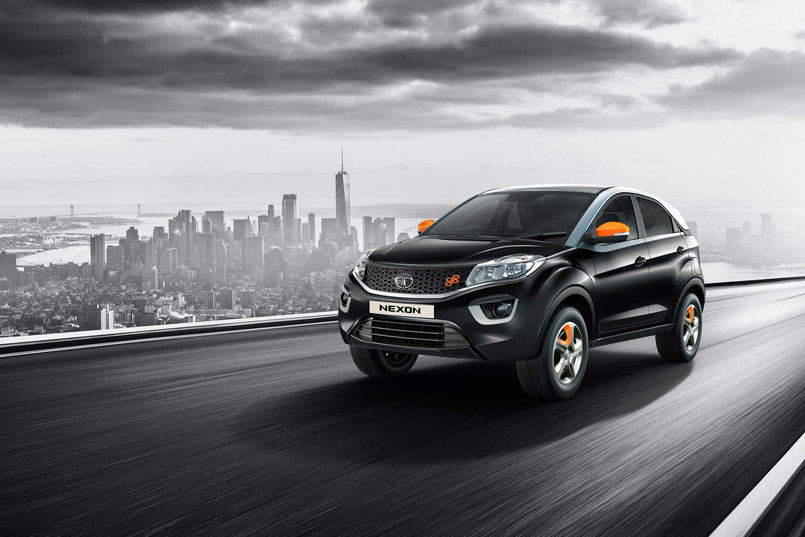 Mechanically, the Nexon Kraz does not get any changes. It will be powered by the same 1.5L Revotorq diesel and 1.2L Revotron petrol turbocharged engines that churn out 108 bhp and mated with a 6-speed Manual/AMT transmission. Additionally, the limited edition Nexon comes equipped with a 4-speaker infotainment by Harman, Bluetooth and steering mounted controls, reverse parking sensors, a multi-utility glovebox and a central console for organized storage. The Nexon is currently India’s only car to receive a five-star rating by the Global NCAP.