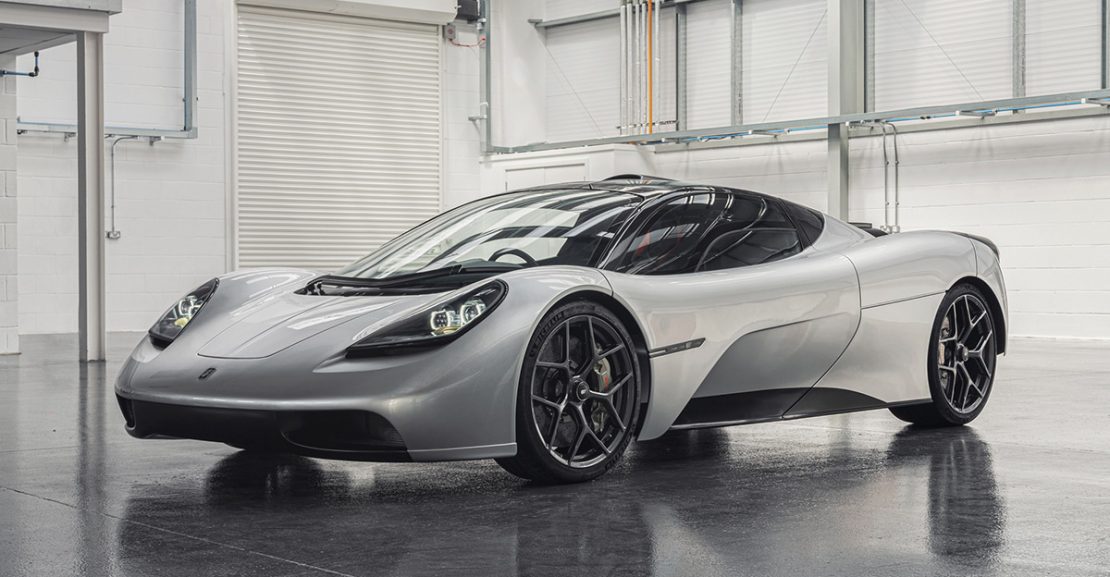 Gordon Murray Automotive has unveiled its T.50 supercar in full for the first time, showing the finished exterior and interior design and confirming its ground-breaking technical specifications. The T.50 has been engineered to be the purest, lightest, most driver-centric supercar ever. 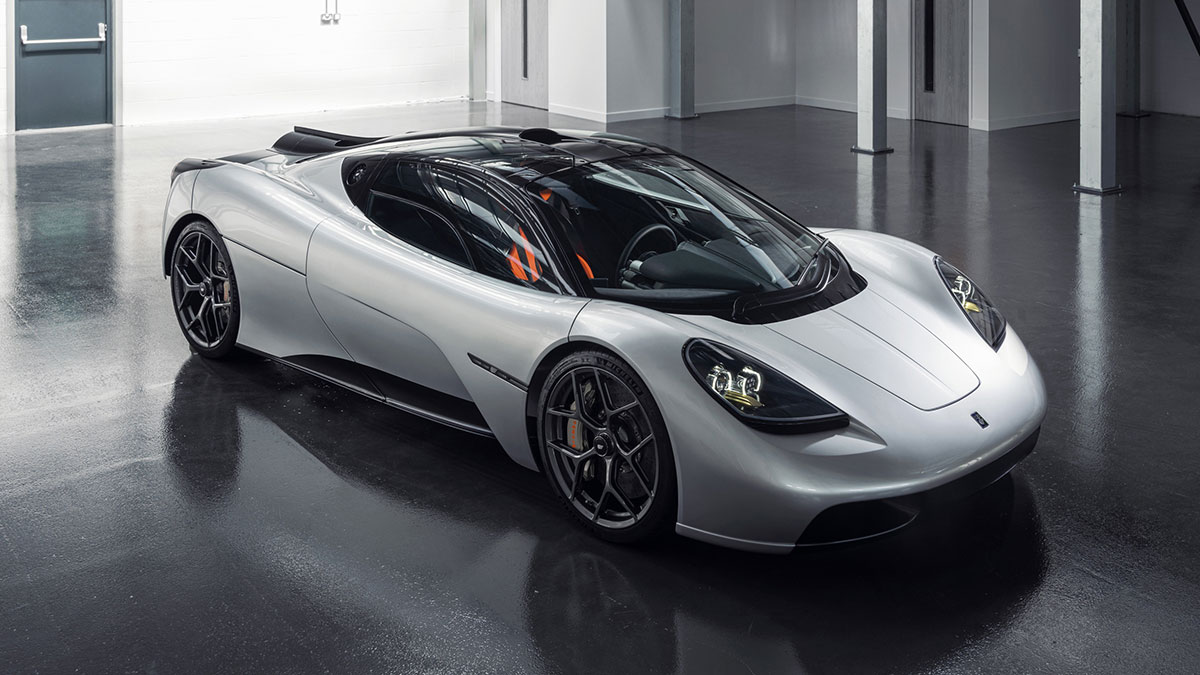 Improving on his acclaimed McLaren F1 “in every conceivable way”, Professor Gordon Murray CBE is leading the team that will begin building customer versions of the 986kg supercar in January 2022. Justifying its £2.36m (before taxes) price tag, the T.50 promises to deliver an unsurpassed driving experience.

Let’s jump right into numbers,  It is powered by a 100% bespoke 3.9-liter, 654 bhp, 467 Nm V12 engine that revs to a record-breaking 12,100rpm, and features the most advanced and effective aerodynamics ever seen on a road car – aided by a 400mm rear-mounted fan. The bespoke Cosworth GMA unit hits the mark as the world’s highest revving, fastest responding, most power-dense, and lightest road-going V12. 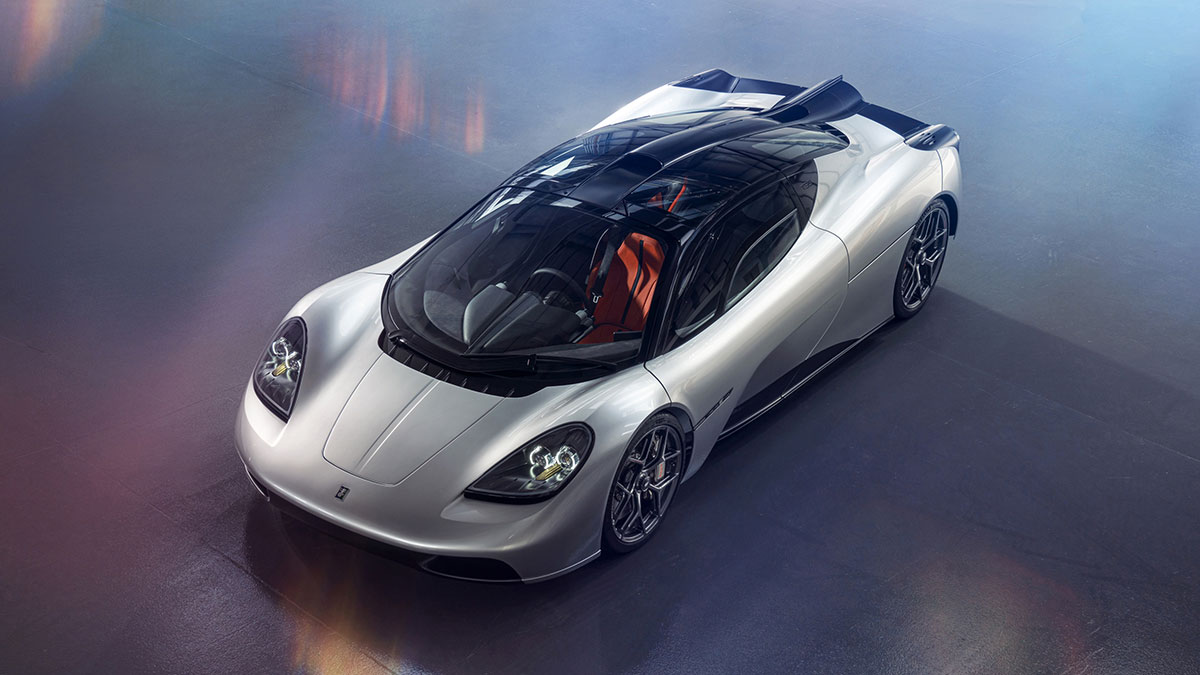 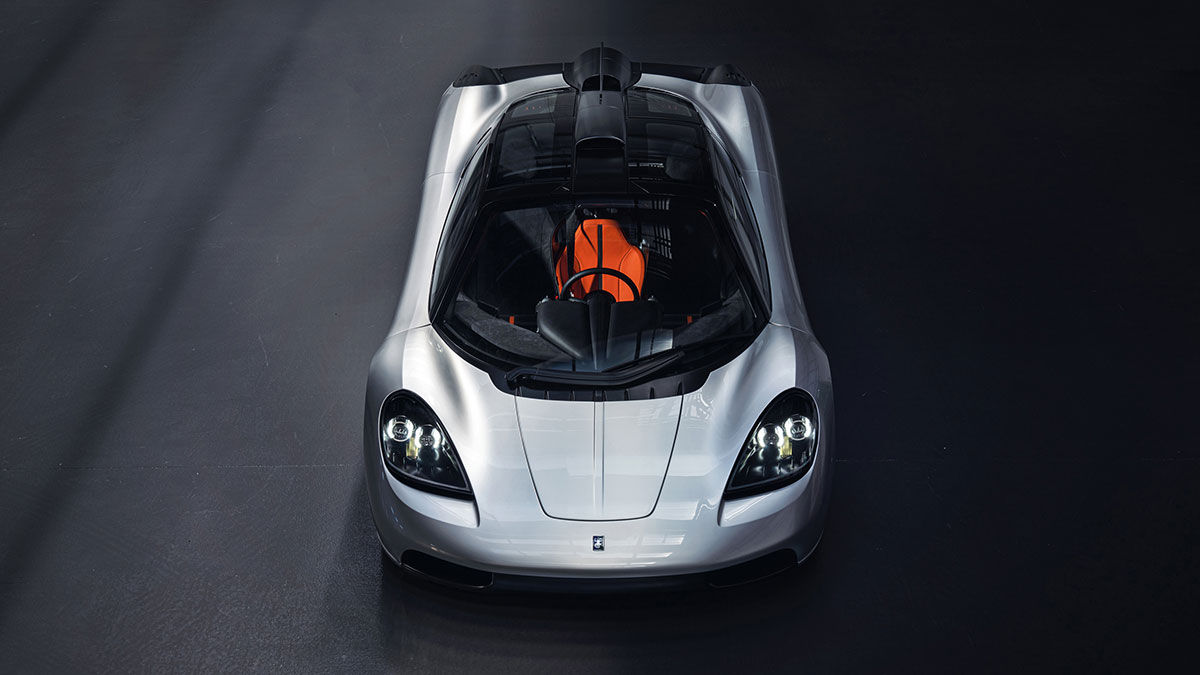 The T.50’s kerb weight of 986kg makes it the lightest supercar of the modern era, lower than the average supercar weight by almost a third. Thanks to the focus on lightweight, the car offers unparalleled levels of agility, responsiveness, and driver focus. 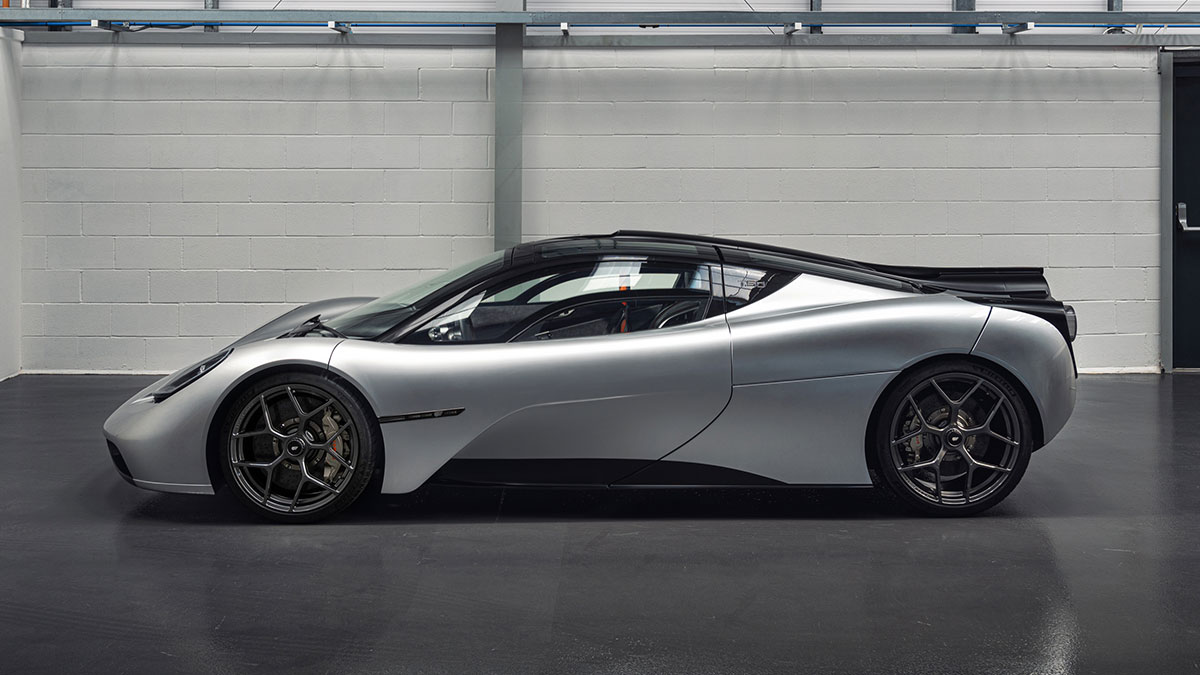 With minimal interference from driver aids the driving experience is left to shine – importantly, ESP and traction control, can be disabled entirely. The technologies that do influence performance – for example, the six aero modes enabled through active and interactive fan-assisted aerodynamics – enhance rather than numb the drive experience. 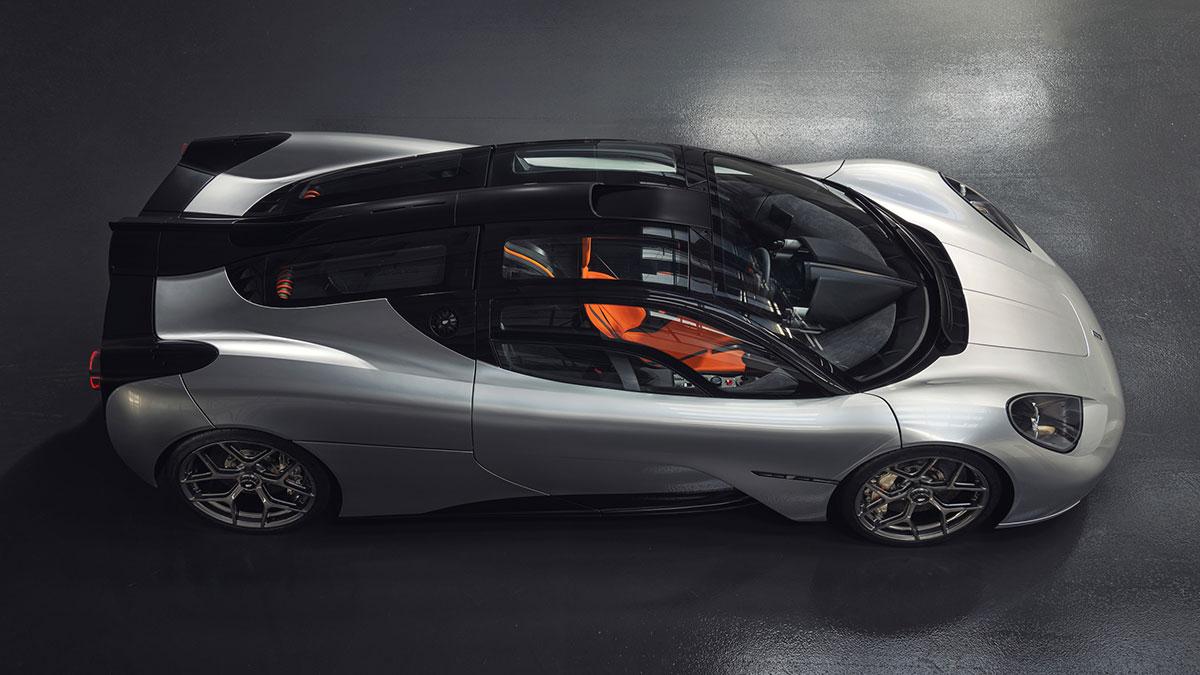 The 400mm rear-mounted fan expands the car’s performance capabilities significantly versus an ordinary ground-effect supercar. In partnership with the active rear spoilers and interactive diffusers, the fan helps to increase downforce by 50% (in Braking Mode 100% more downforce is generated); reduce drag by 12.5%; add around 50PS to the car’s output, in combination with ram-air induction; and cut braking distance by 10m from 150mph. 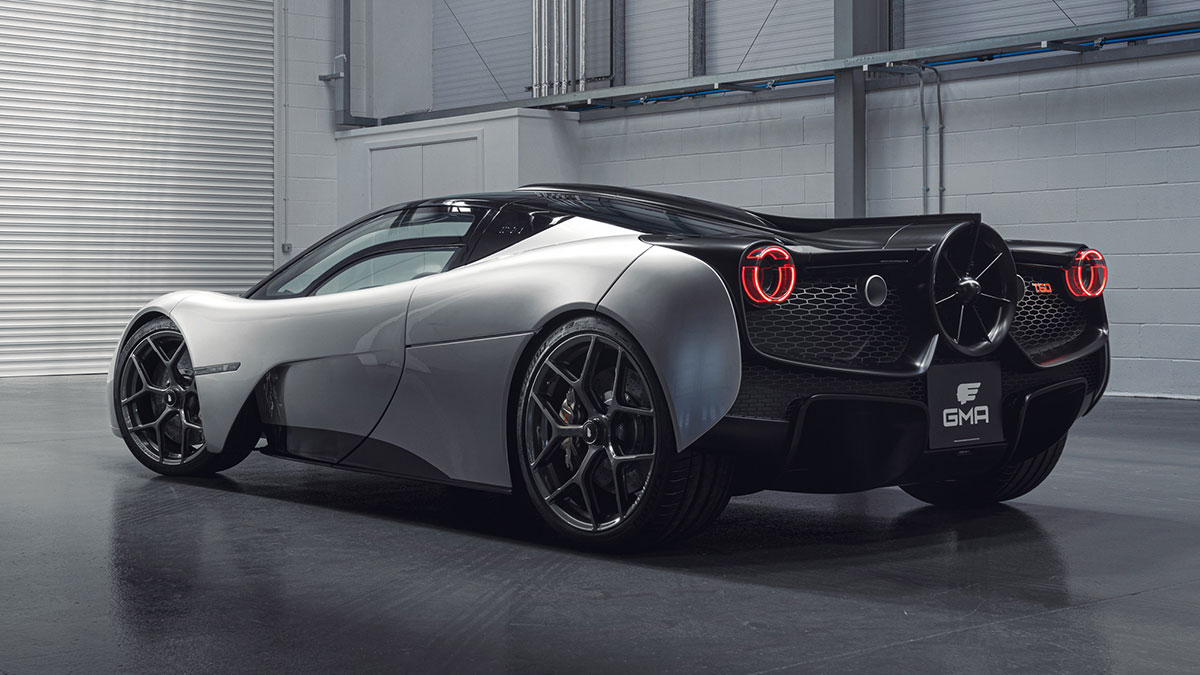 A cold-air ram induction intake sits immediately above the driver’s head, and carefully crafted carbon fiber panels in the roof act as a loudspeaker, amplifying engine sound within the cabin. The system is actuated by throttle angle and not revs, meaning the T.50 is quiet and refined on part throttle, growing louder as the throttle opens. 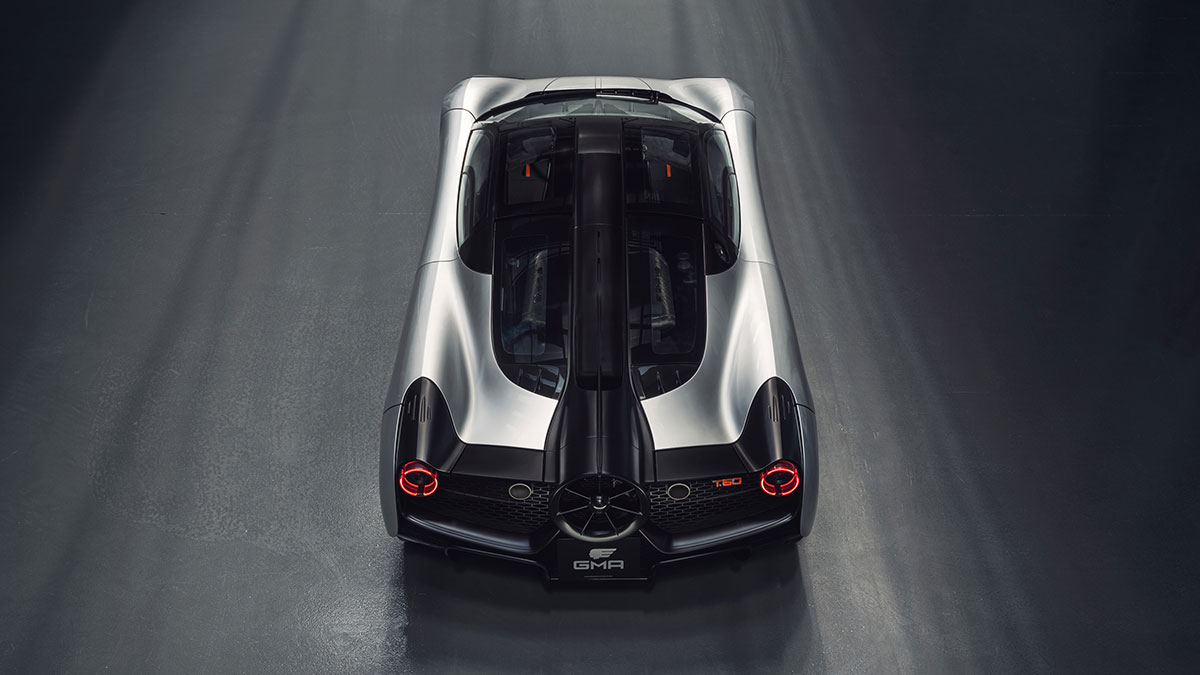 From the record-breaking V12 engine, and best lightweight transmission, to the world-first aerodynamic package and the feather-light titanium throttle pedal, every element is 100% bespoke and crafted by a British company that leads in its field. Murray pushed each supplier to their limits to deliver ingenuity, the highest quality, and of course new levels of lightness. 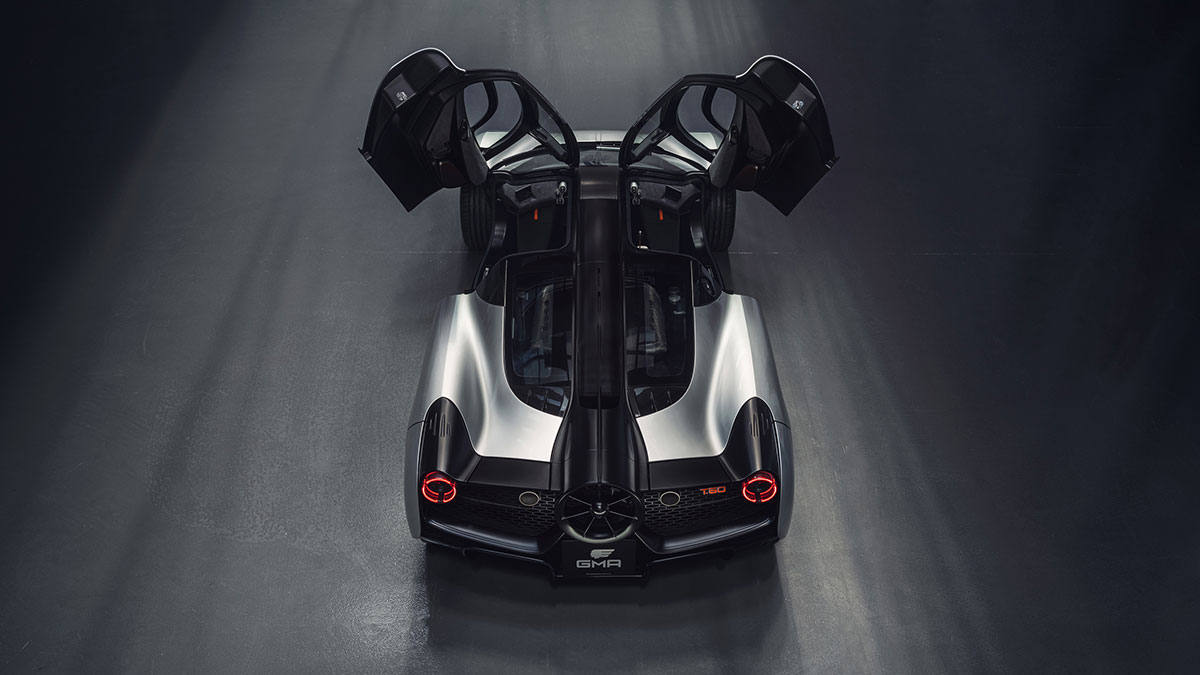 From the front, it’s hard not to see the resemblance to the McLaren F1 – another Gordon Murray project. Murray’s design for T.50 was the 50th in a prestigious line of race and road cars he’s penned over his illustrious 50-year career – both reasons combining to name the car T.50.

The most dominant characteristics of the T.50 exterior design are its purity and balance, free from the wings, skirts, and vents that adorn most modern-day supercars. The clean surfaces are enabled by the most advanced and effective aerodynamics ever seen on a road car, resulting in deliberately simple, beautiful lines and a timeless appearance. 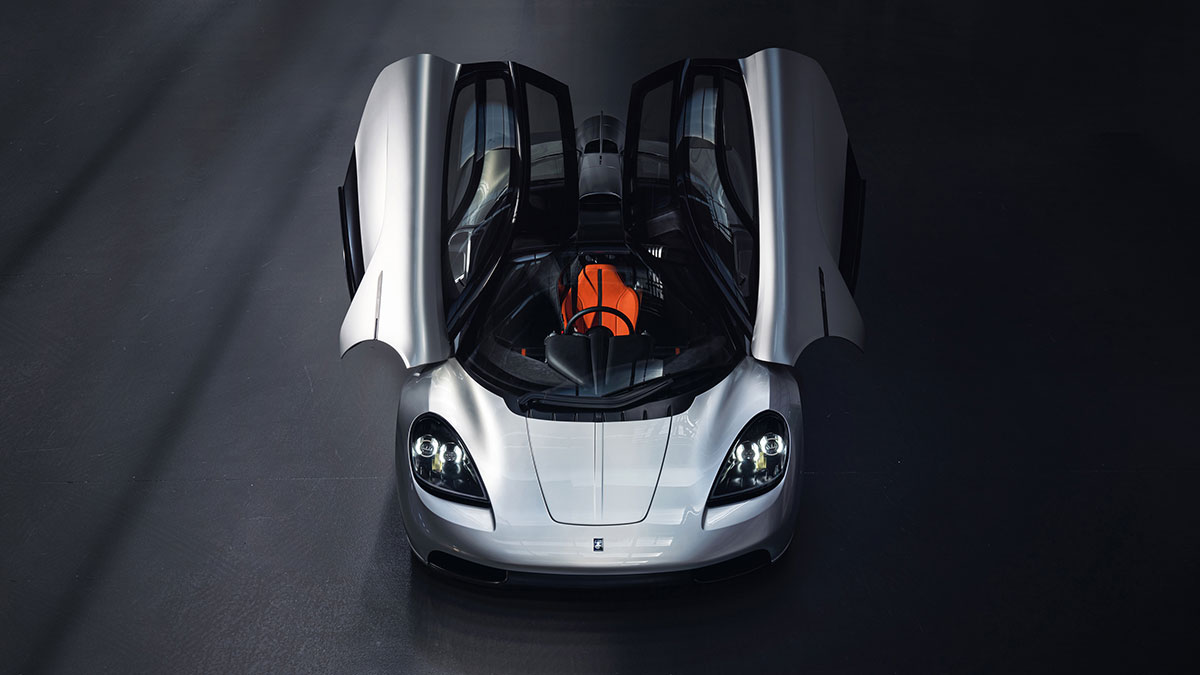 The purity of the silhouette is broken dramatically when the pair of dihedral doors rise up and forwards, coming to rest high above the passenger cabin. Inside, the driver-centric approach is plain to see – from the central, jet fighter-like driving position, to the aerospace-grade primary and secondary controls arranged in an ‘ergonomic bubble’ around the driver. 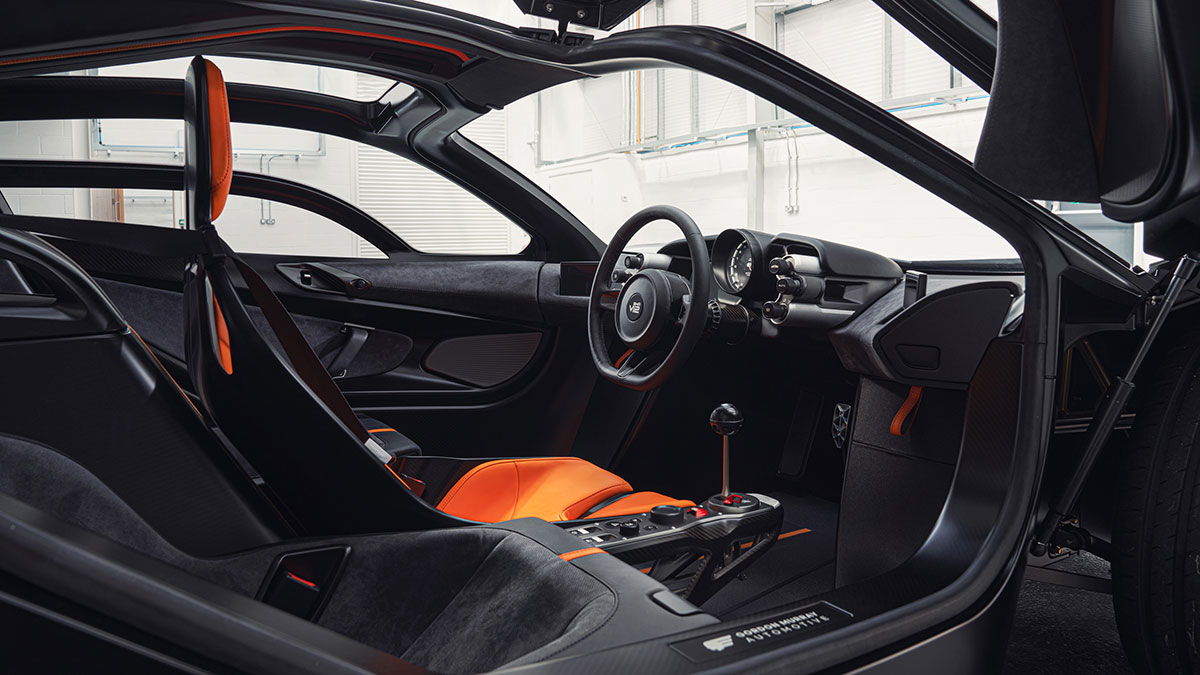 Quality of materials, the utmost precision, and simplicity of visuals define the whole car, but nowhere is this more evident than inside the cockpit. British suppliers are responsible for every major component throughout the interior, as well as every facet of the car’s exquisitely-engineered underpinnings – an attribute insisted upon by Murray who was determined the T.50 would be a true British sports car.

For the perfect fit, each buyer gets to meet with Gordon Murray Automotive to have the position for the seat, steering wheel, and pedals tailored to the person wants. Gordon Murray Automotive plans to make just 100 units of the T.50, and the company is charging £2.36 million before taxes. Production of the T.50 starts in January 2022. The first deliveries will happen later that year. 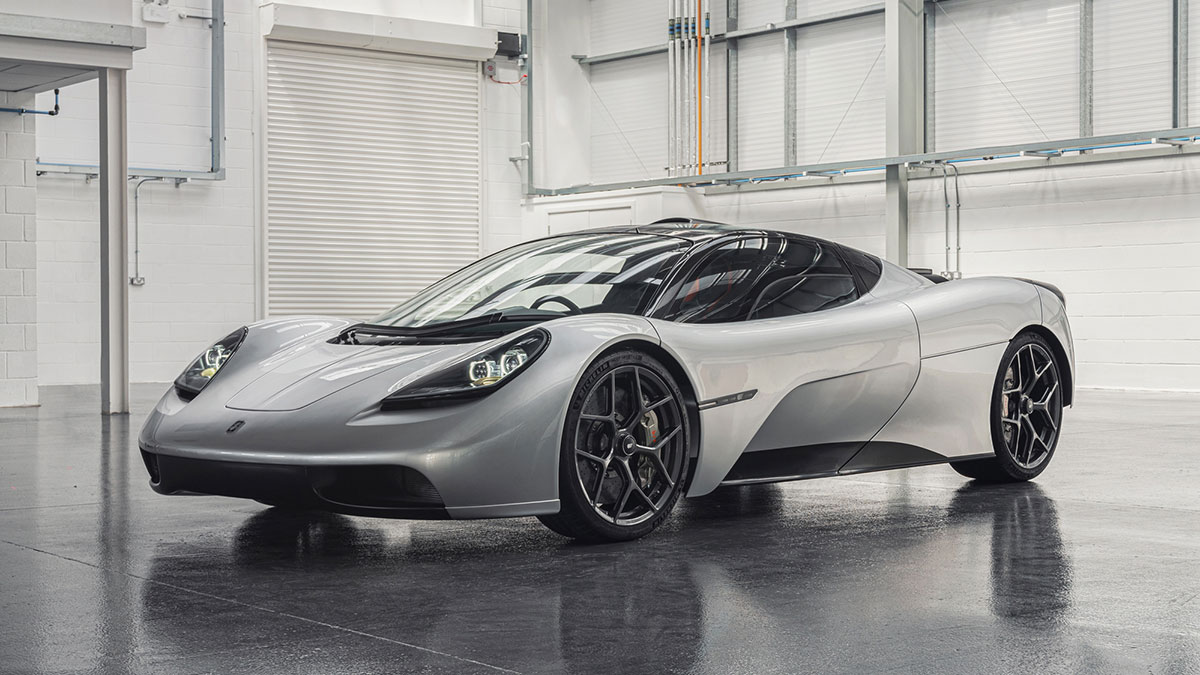