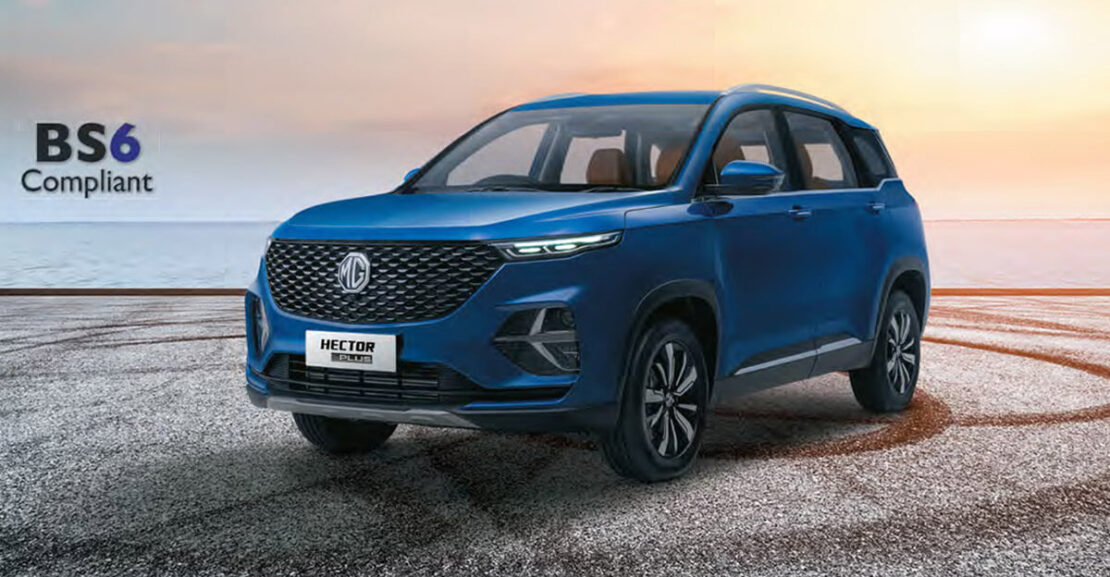 The 6-Seater MG Hector Plus Launched In India

MG Motor India has launched the Hector Plus, a six-seater version of the Hector SUV, in the Indian market at a price range of INR 13.49-18.54 Lakh. The Hector Plus is available in a total of eight versions, including four trims and four engine-gearbox combinations. 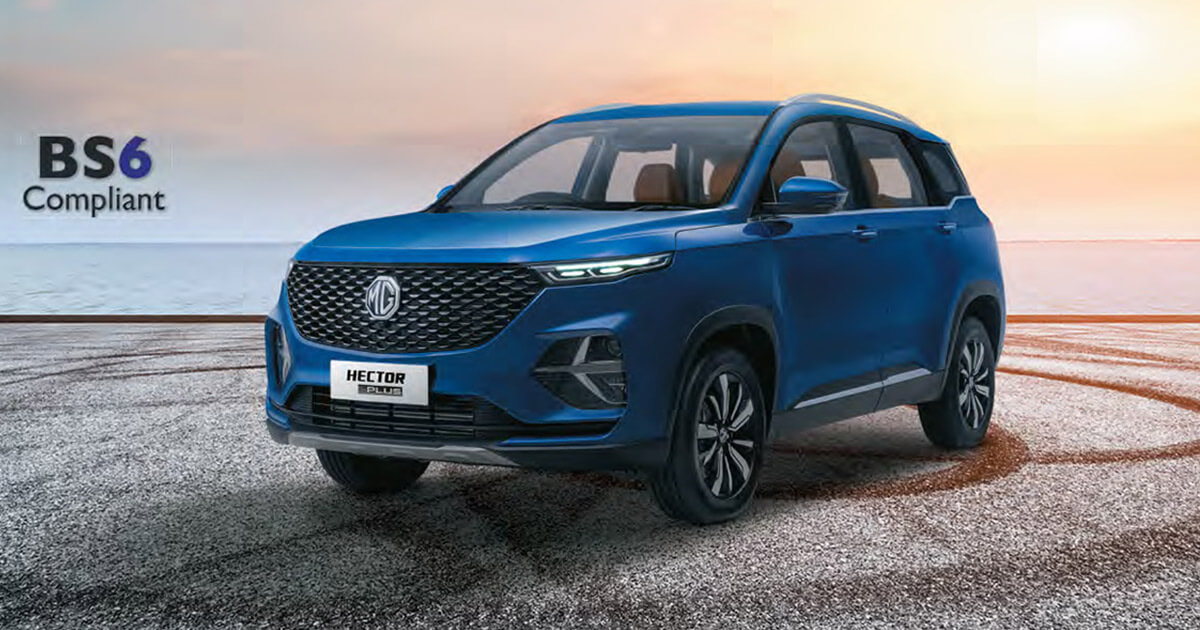 The Hector Plus looks unmistakably similar to the current Hector except for few design tweaks. Although the Hector and Hector Plus share the same dimensions in terms of width, height and wheelbase, the Hector Plus is longer by 65mm to accommodate the third row.  The 6-seater SUV gets new headlamps with sleeker-looking LED DRLs, a new chrome-studded front grille, new front and rear bumpers, a panoramic sunroof, revised skid plates, and new tail lamps. It will be available in six colour schemes including Candy White, Glaze Red, Starry Black, Burgundy Red, Aurora Silver and Starry Sky Blue. 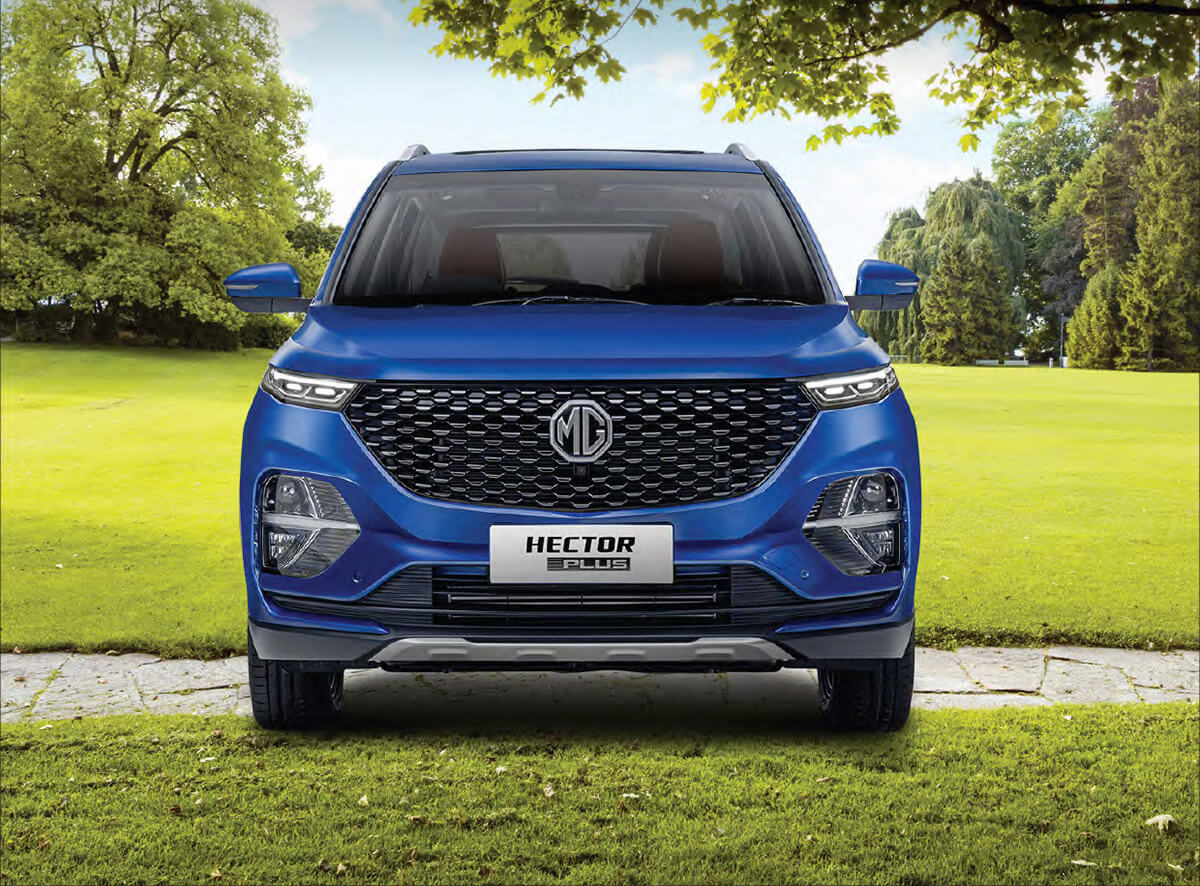 The MG Hector Plus is available in a total of three trim levels – Super, Smart and Sharp. The Hector Plus is equipped with 25 safety features, making it one of the safest SUVs on sale today. At 10.4 inches, it has the biggest HD touchscreen in its segment featuring iSMART tech and also has Android Auto and Apple CarPlay connectivity options. 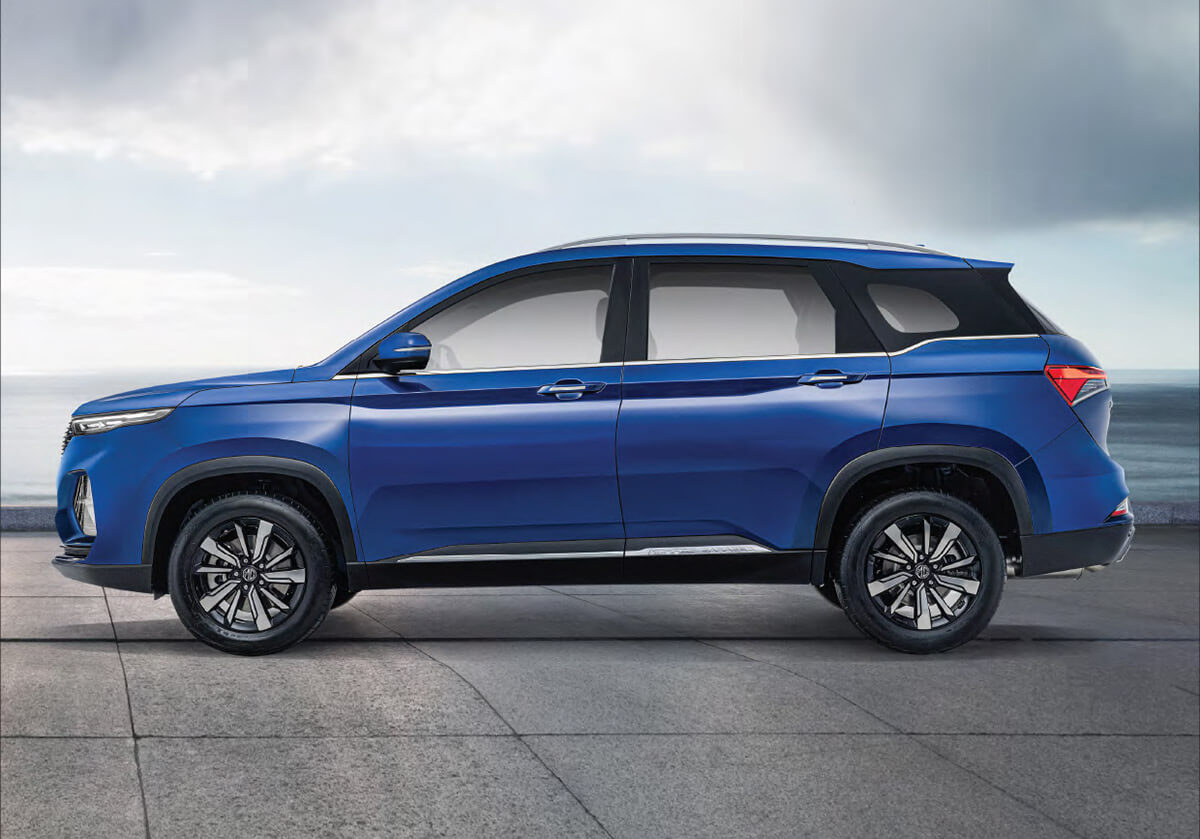 The major highlight of the Hector Plus is the addition of captain seats in the second-row with slide and recline feature. The interior also gets a new tan faux leather upholstery, air vents for the third-row passengers, adjustable headrests, rear AC vents, and much more. The 6-seater SUV also gets a Smart Swipe that lets you open the tailgate when the user swipes foot beneath the rear bumper. For now, the Hector Plus is only available in a 6-seat configuration. A 7-seat version is expected to be announced later. 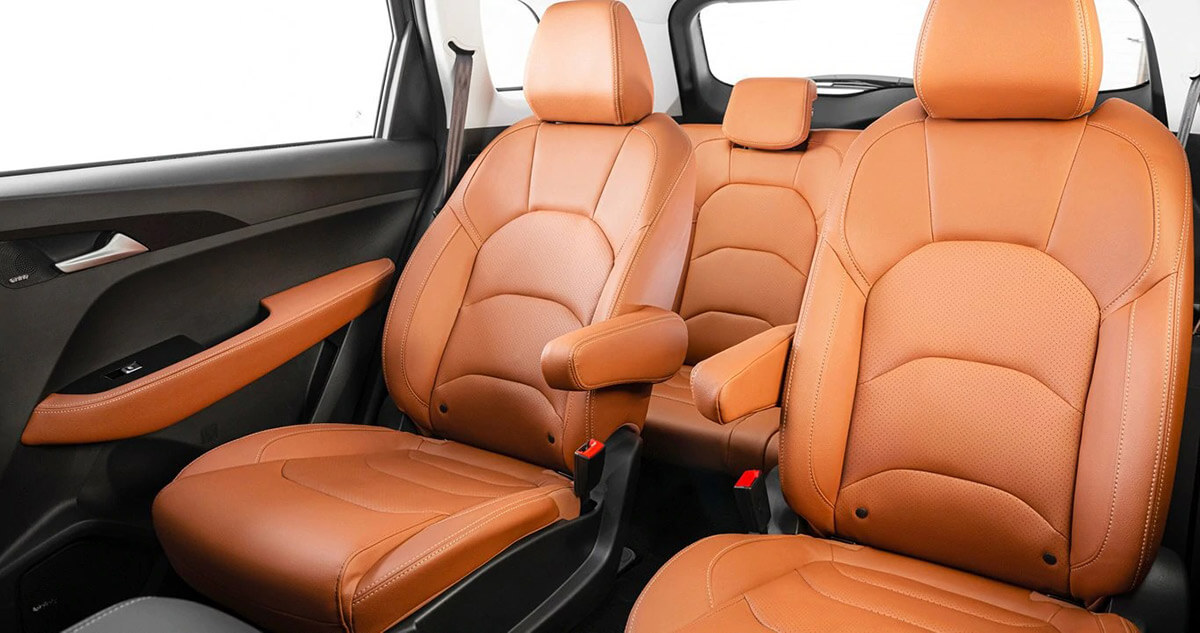 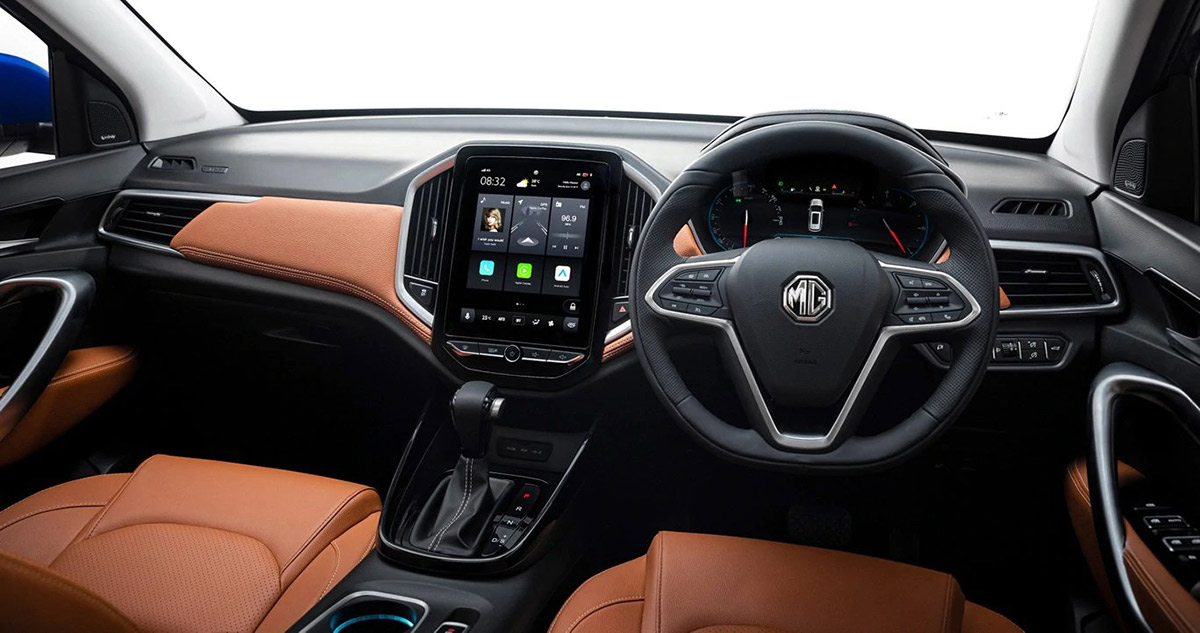 The MG Hector Plus is available in three engine options – petrol, diesel and hybrid petrol.  The 1.5-litre turbocharged petrol motor delivers a maximum of 143 PS and peak torque of 250 Nm. Similarly, the hybrid petrol gets a 48V electric motor which delivers an extra 20 Nm of torque. On the other hand, the diesel variant comes with a 2.0-litre turbocharged engine with 170 PS and peak torque of 350 Nm. The transmission options include six-speed manual transmission and a DCT unit (petrol only). 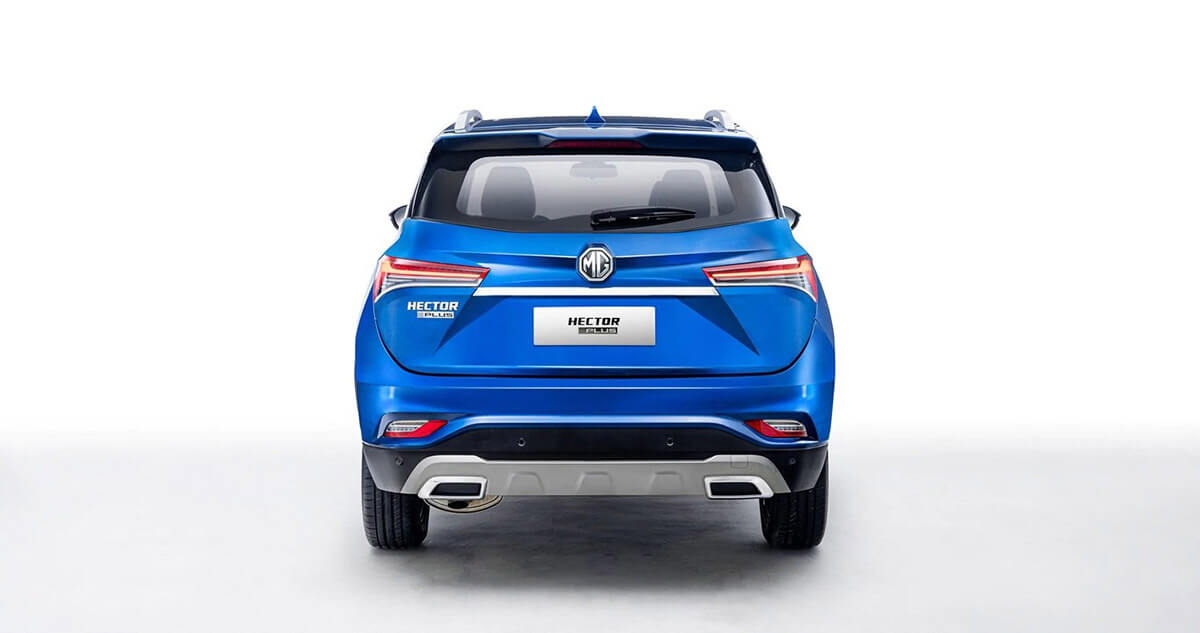 The MG Hector Plus will take on the likes of Suzuki XL6, Mahindra Marazzo, Tata Hexa and the Toyota Innova Crysta.