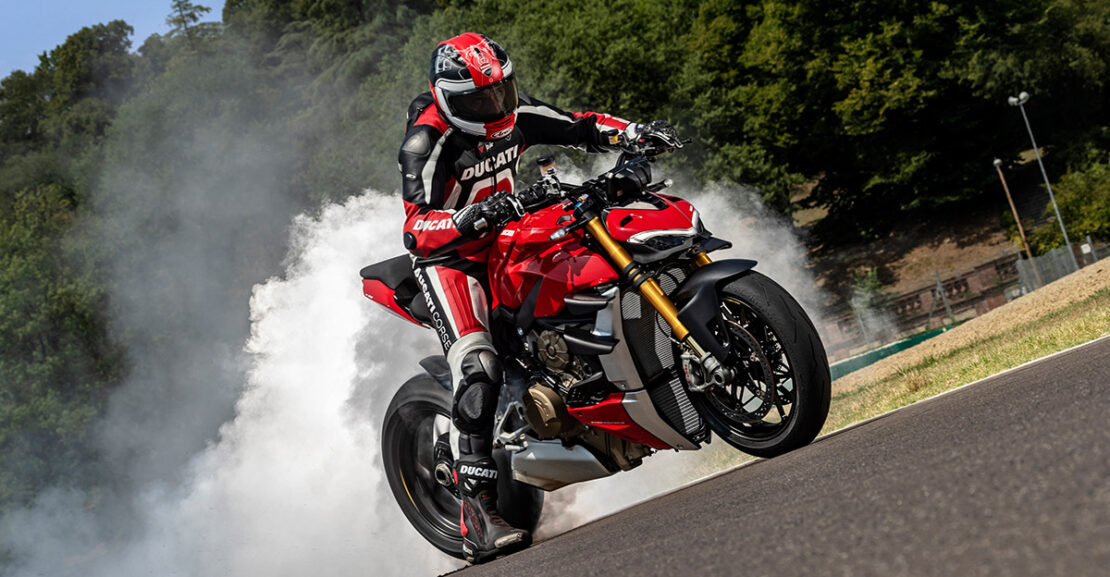 The Streetfighter V4 is a Panigale V4 stripped of the fairings, with a high and wide handlebar, 178 kg on the scale, powered by 1100 cc Desmosedici Stradale delivering 208 hp kept in hand by biplane wings and a complete electronic package. 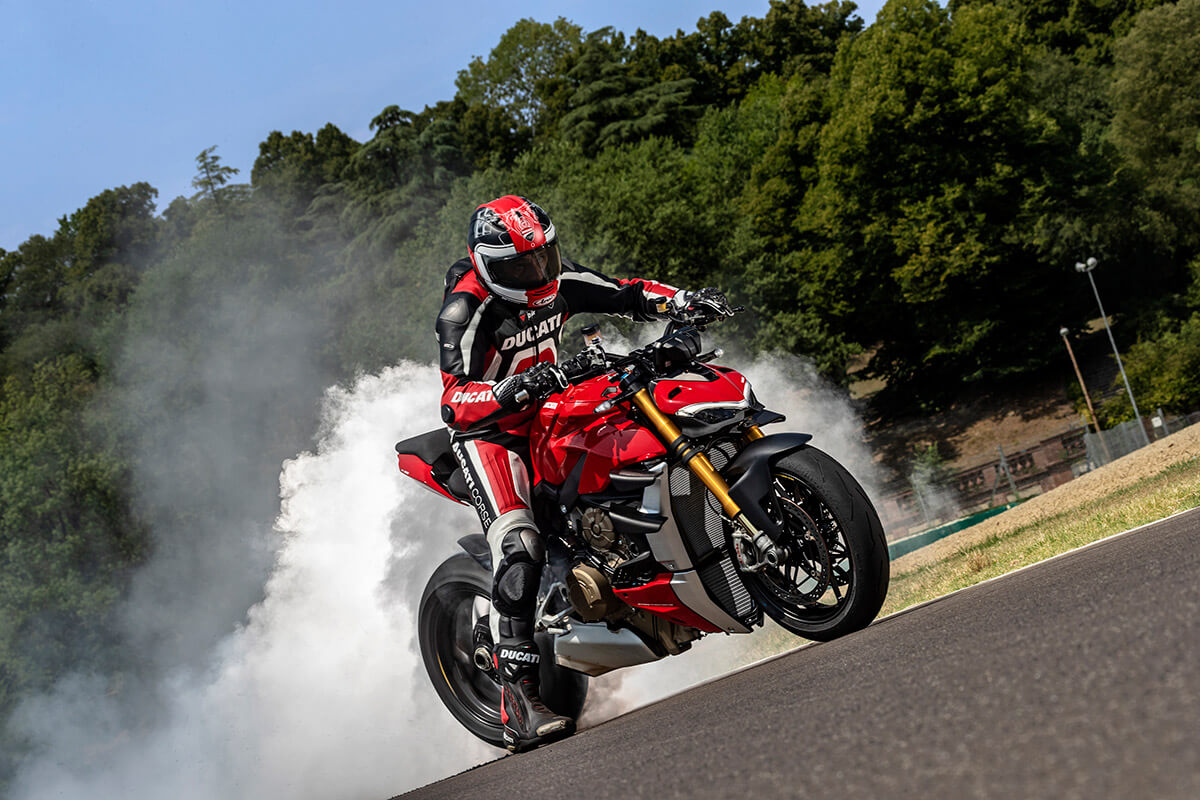 The minimalist full-LED headlight captures the spirit of the Streetfighter V4 perfectly: recalling the front of the Panigale V4, it also evokes the grin of the Joker (the comic strip character from which the designer of the new naked drew inspiration). True Ducati design is also evident in the V-shaped DRL, already featured on the Panigale V4 and SuperSport. 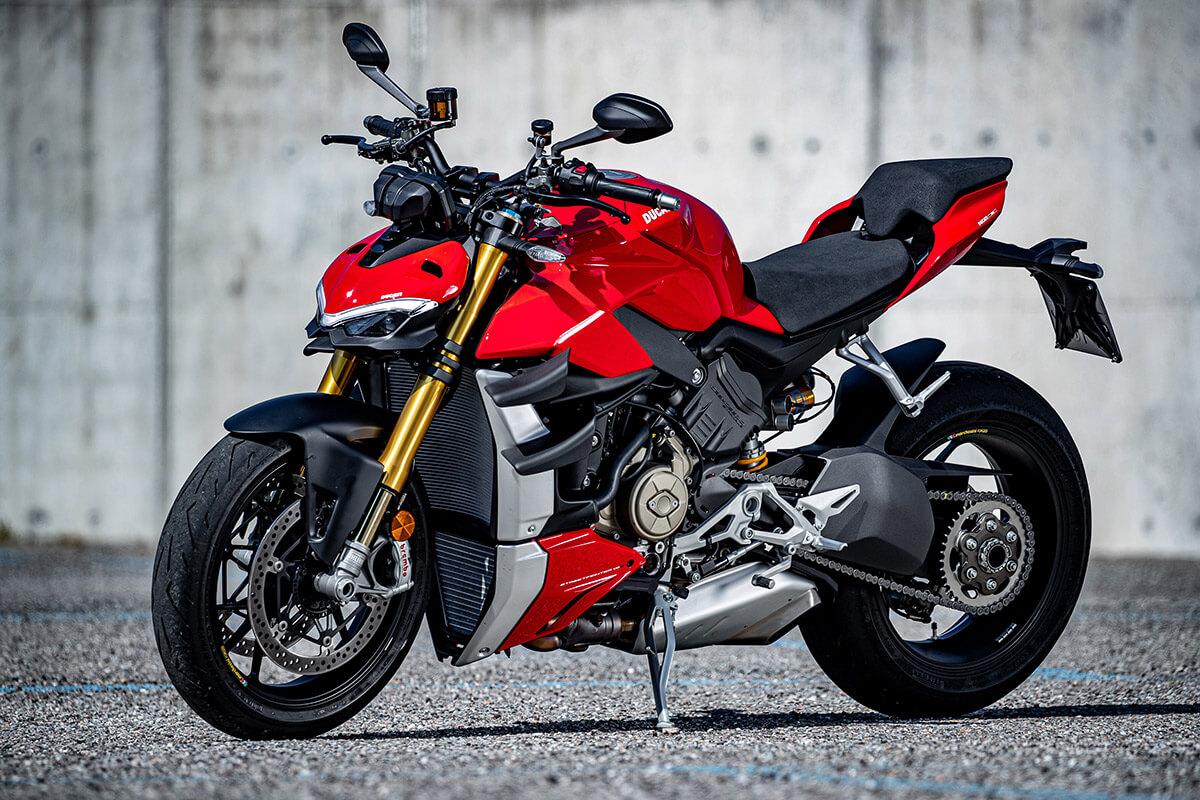 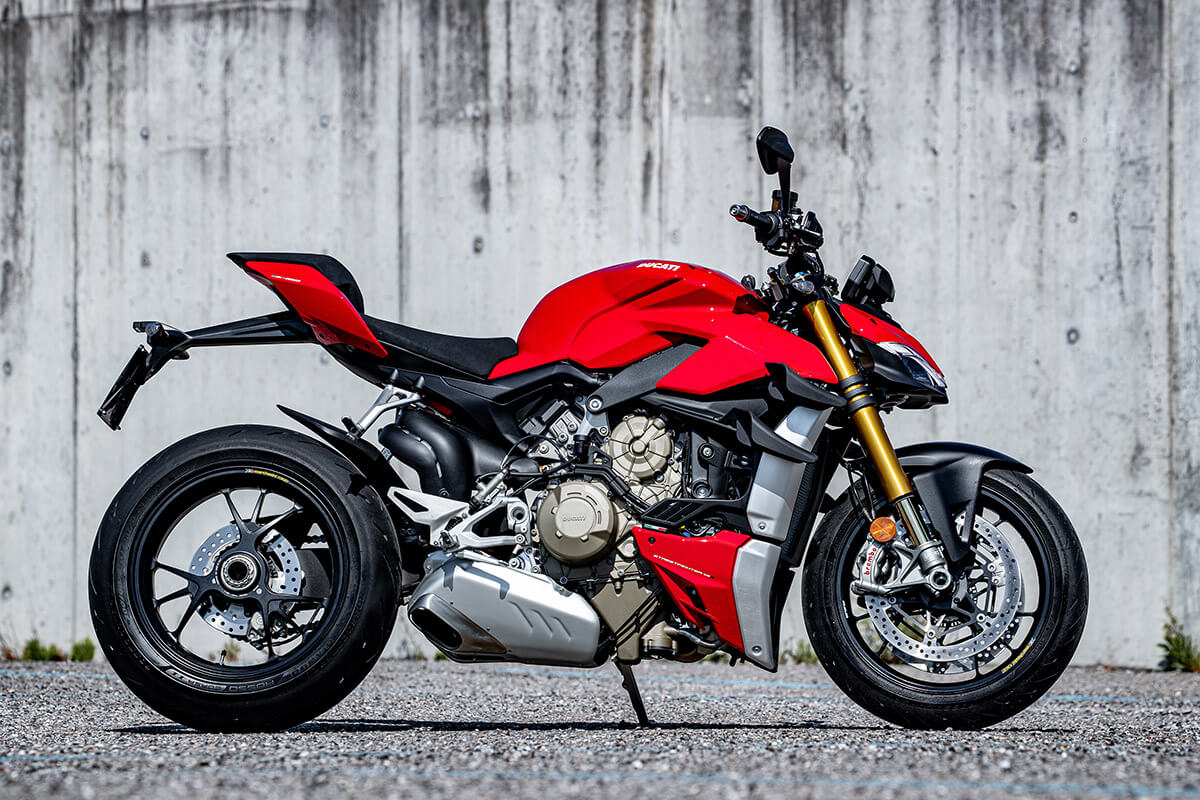 On the Streetfighter, the Front Frame and Desmosedici Stradale engine take centre-stage. Only partially screened by superstructures that have been cut to a bare minimum, their sharp lines create a clean, essential whole. The low, lunging front end flows out from the tank, giving the Streetfighter the look of a predator coiled for the pounce. 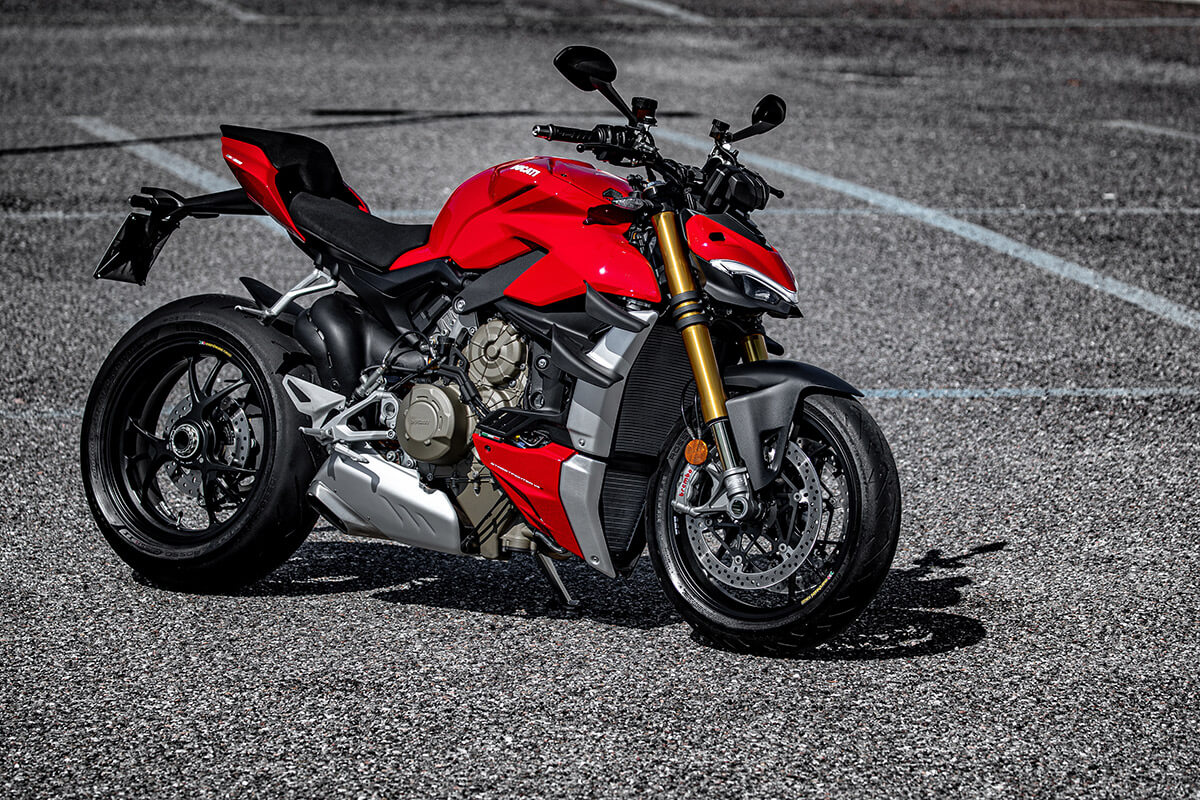 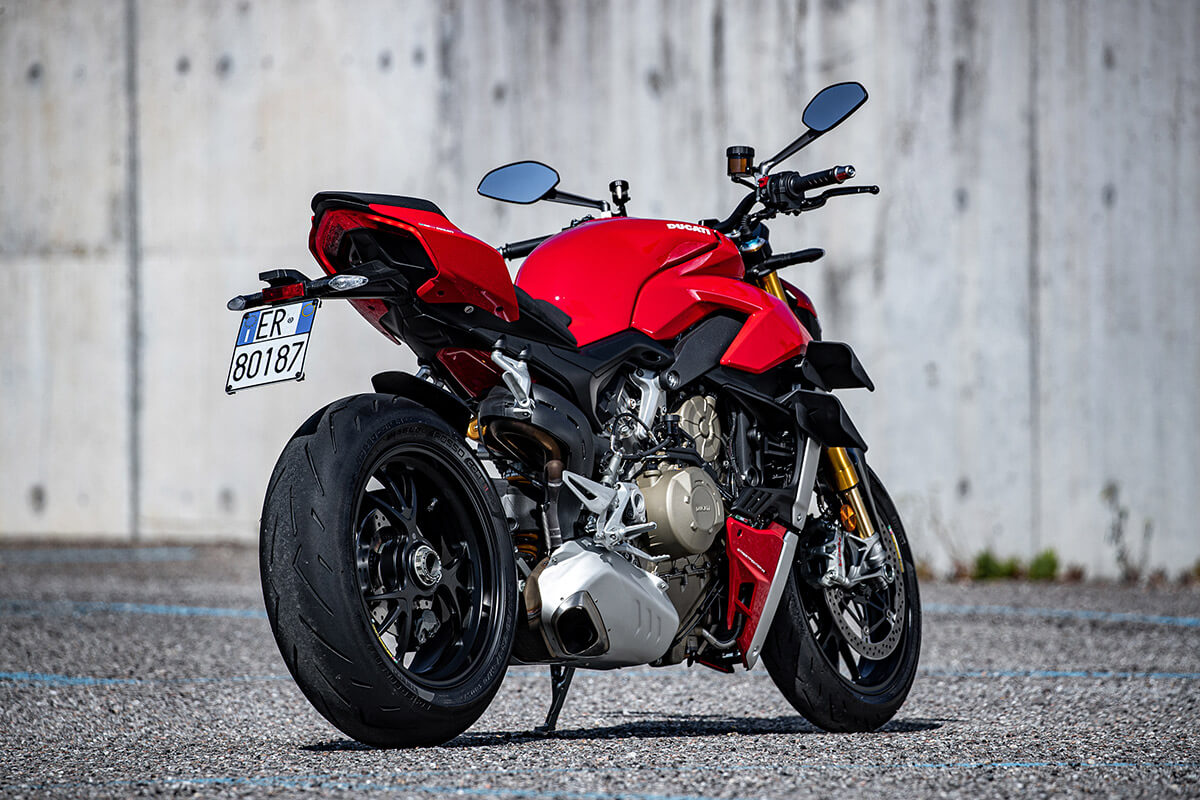 In keeping with streetfighter culture, the clip-on handlebars have been replaced with a high, wide bar that, together with a moderated footpeg position, make the riding position sporty yet agile, perfect for ripping up the road. Such powerful design demands a powerful engine, and the 1103 cm3 Desmosedici Stradale 208 hp fits the bill: for a naked, it packs an impressive punch, yet dedicated engine mapping lets the rider control the power with confidence. The engine – combined with a kerb weight of 178 kg (of the “S” version) – takes the power/weight ratio to 1.17. Performance can be further improved by mounting the full-racing Ducati Performance exhaust by Akrapovič, which boosts power to 220 hp and educes weight by 6 kg. 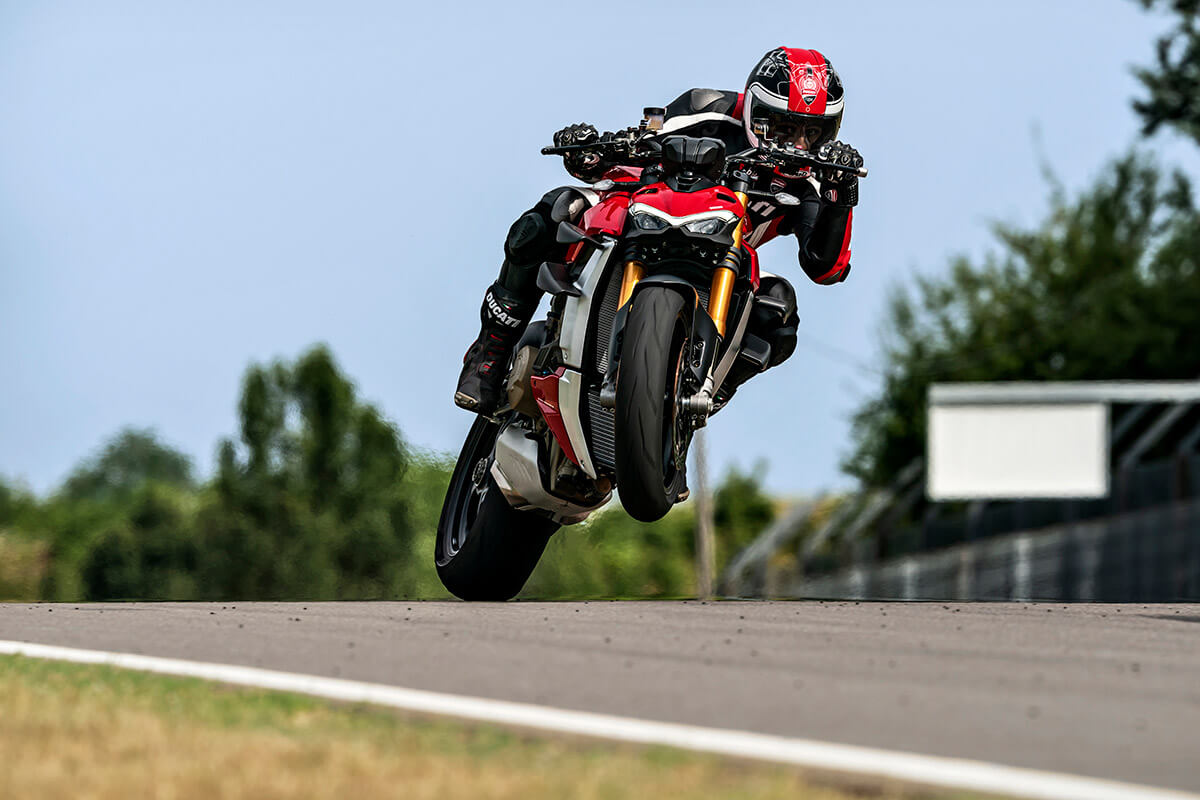 Maximum torque is 123 Nm at 11,500 rpm, practically unchanged with respect to the Panigale V4. Dedicated engine mapping lets riders safely make the most of Streetfighter V4 performance on the road. The final ratio, shorter than that of the Panigale V4, delivers a wheel torque higher of +10%, which ensures an immediate response to the throttle command. 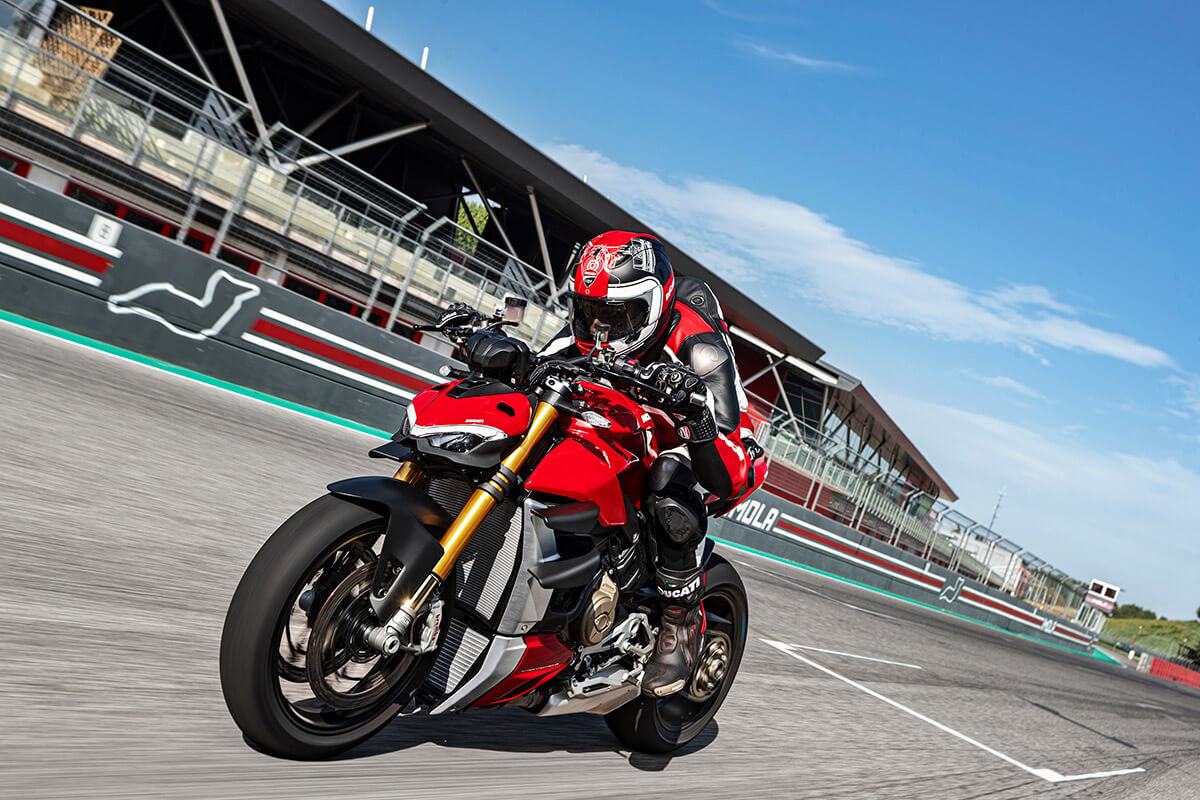 Feisty Streetfighter V4 performance is kept under control by sophisticated electronics lifted directly from the Panigale V4 and the ‘biplane’ wings developed by Ducati Corse aerodynamicists. Brought forward to maximise their effect, the wings generate 28 kg of downforce at 270 kph, attenuating front wheel ‘floating’ at high speed and the tendency to wheel-up. They also boost stability during braking at the turn-in point and through the corner. On the road, this dynamic behaviour instills confidence. On the track, instead, it boosts performance by limiting electronic control intervention and allowing delayed braking. 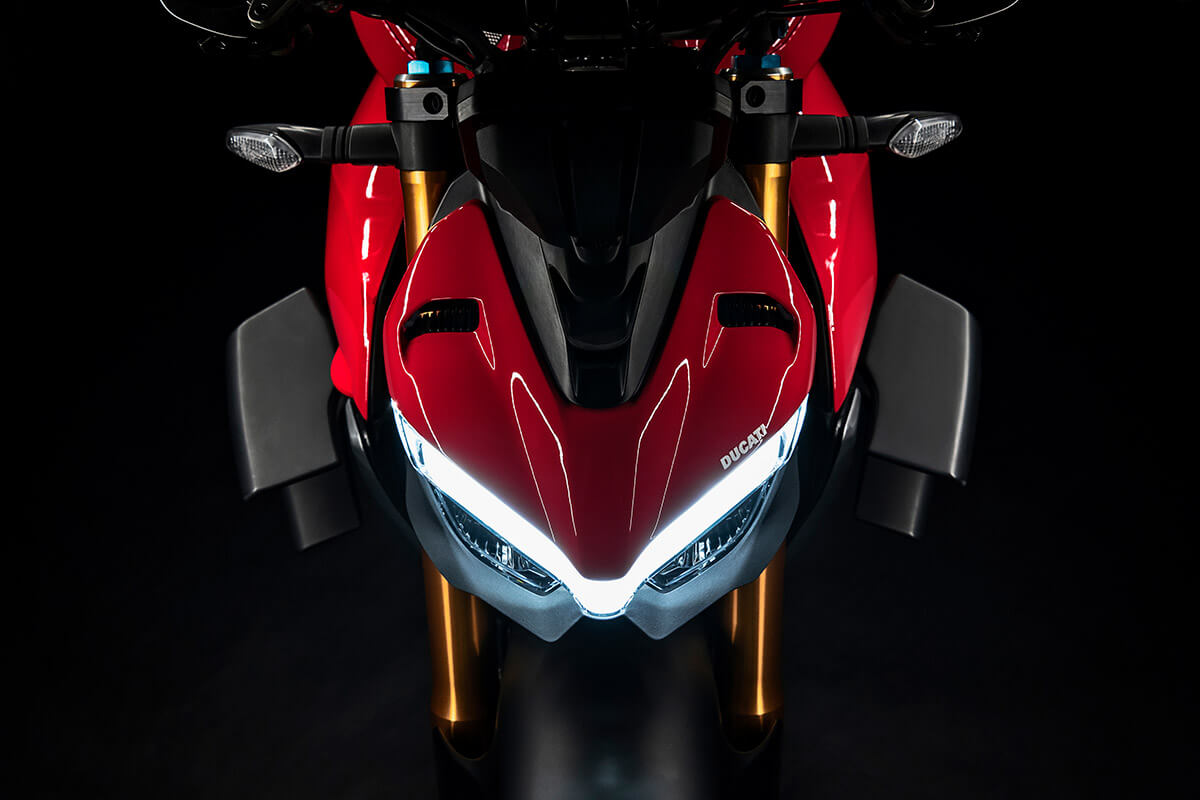 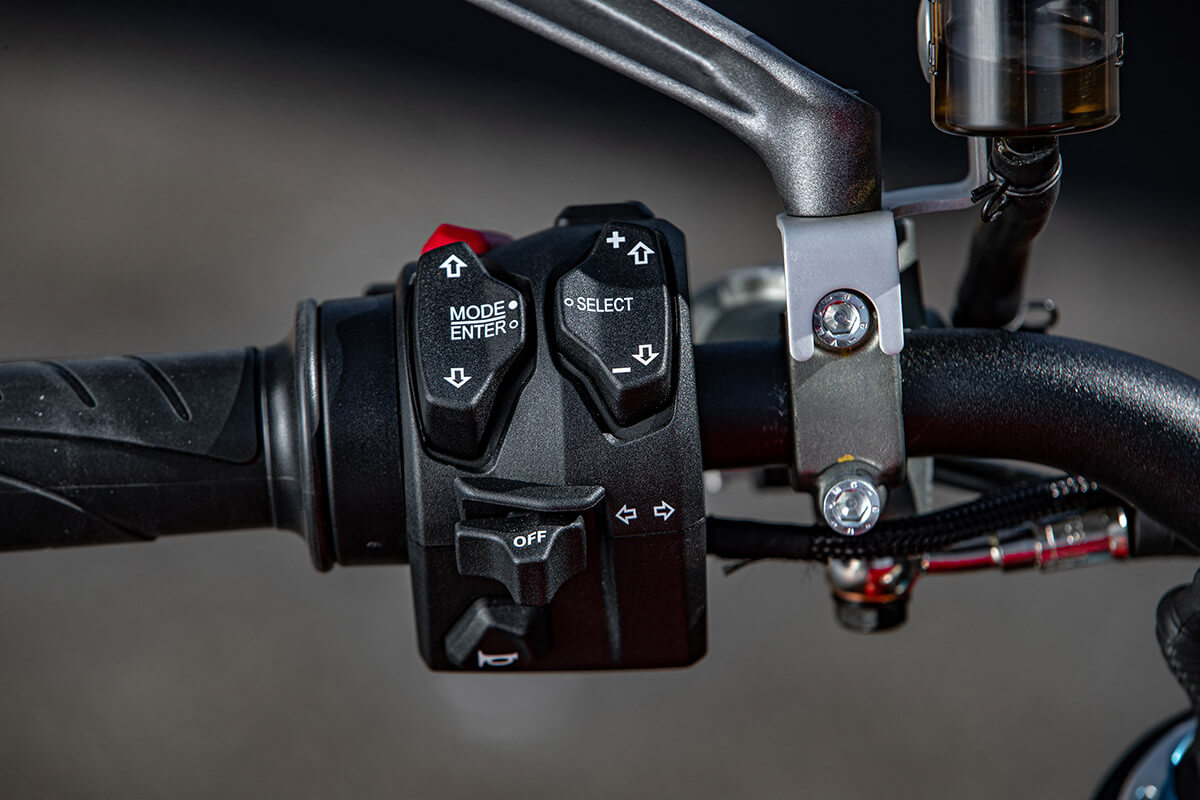 The latest-generation electronics package on the Streetfighter V4 is based on a 6-axis Inertial Measurement Unit (6D IMU) which instantly detects the bike’s roll, yaw and pitch angles. The electronics oversee every part of the ride: some controls manage start, acceleration and braking, others handle traction, while some lend a helping hand on corners and out-of-the-corner stretches. 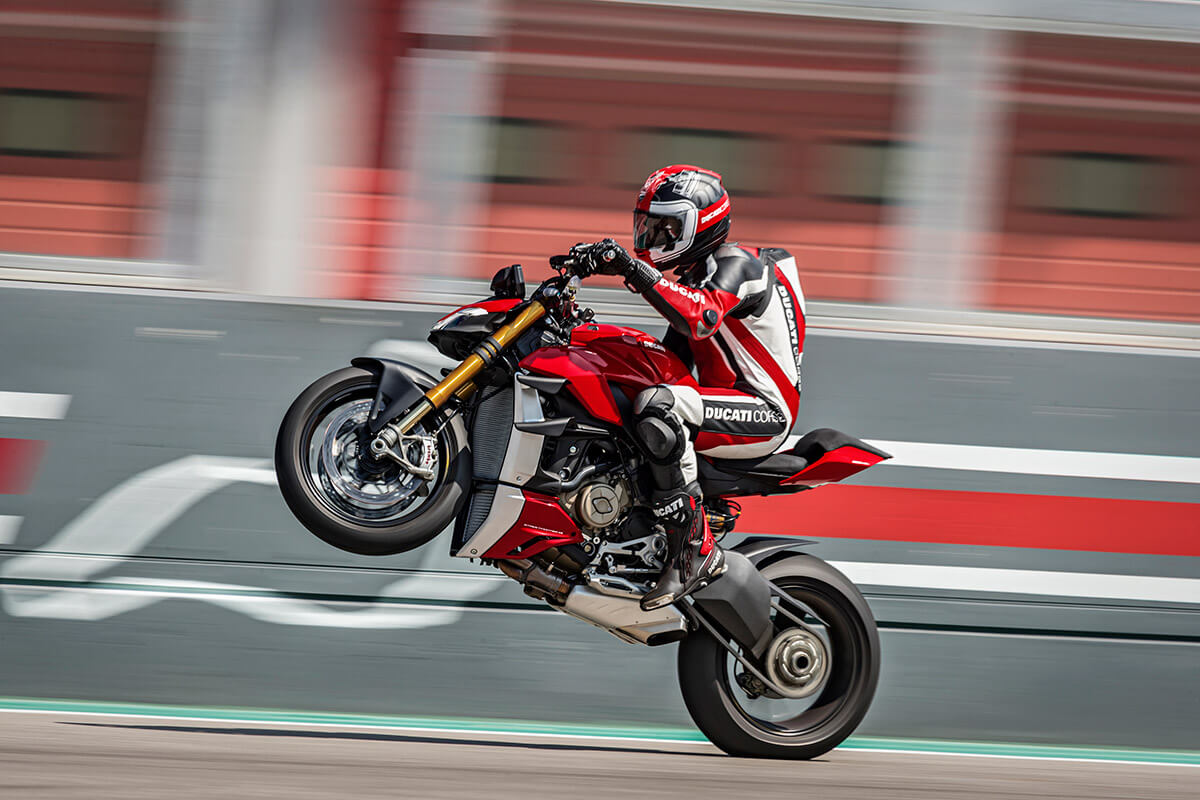 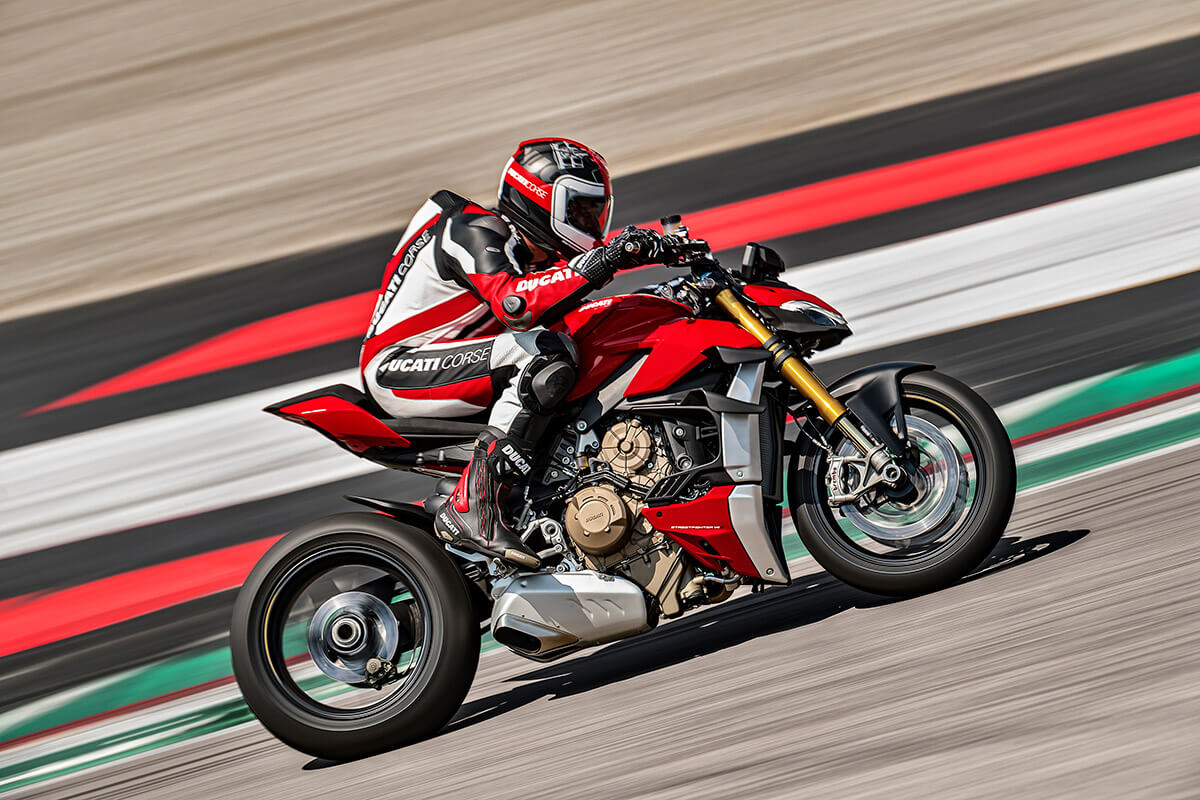 DAn S version of the Streetfighter V4 is also available. This features Marchesini forged wheels and Öhlins electrically controlled suspension (43 mm NIX30 forks and TTX36 monoshock) and steering damper. The latter use the second-generation Öhlins Smart EC 2.0 system which, in addition to making full use of the IMU 6D, provides a more rider-friendly interface.