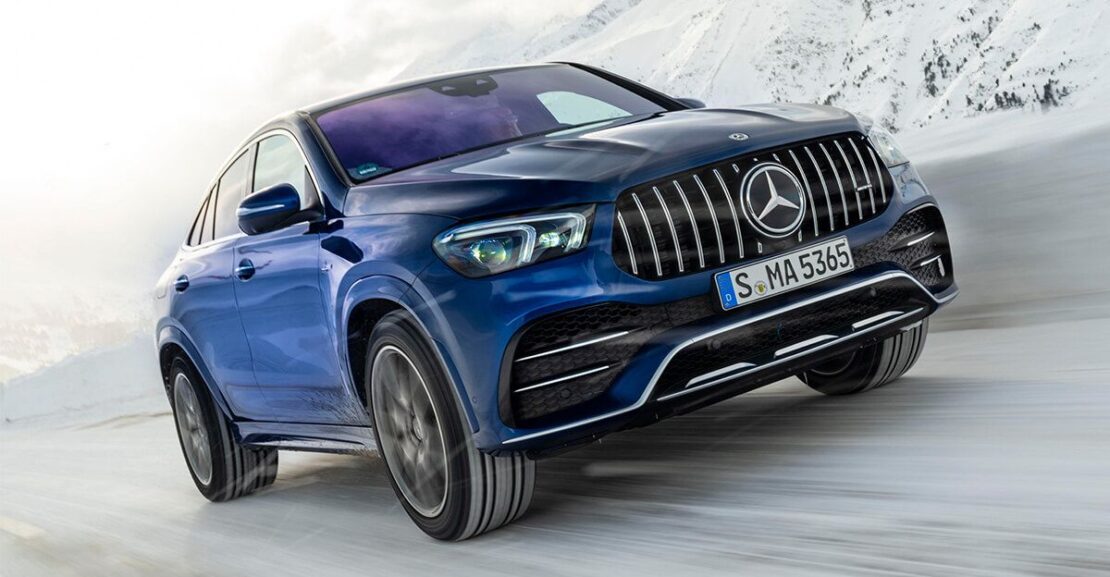 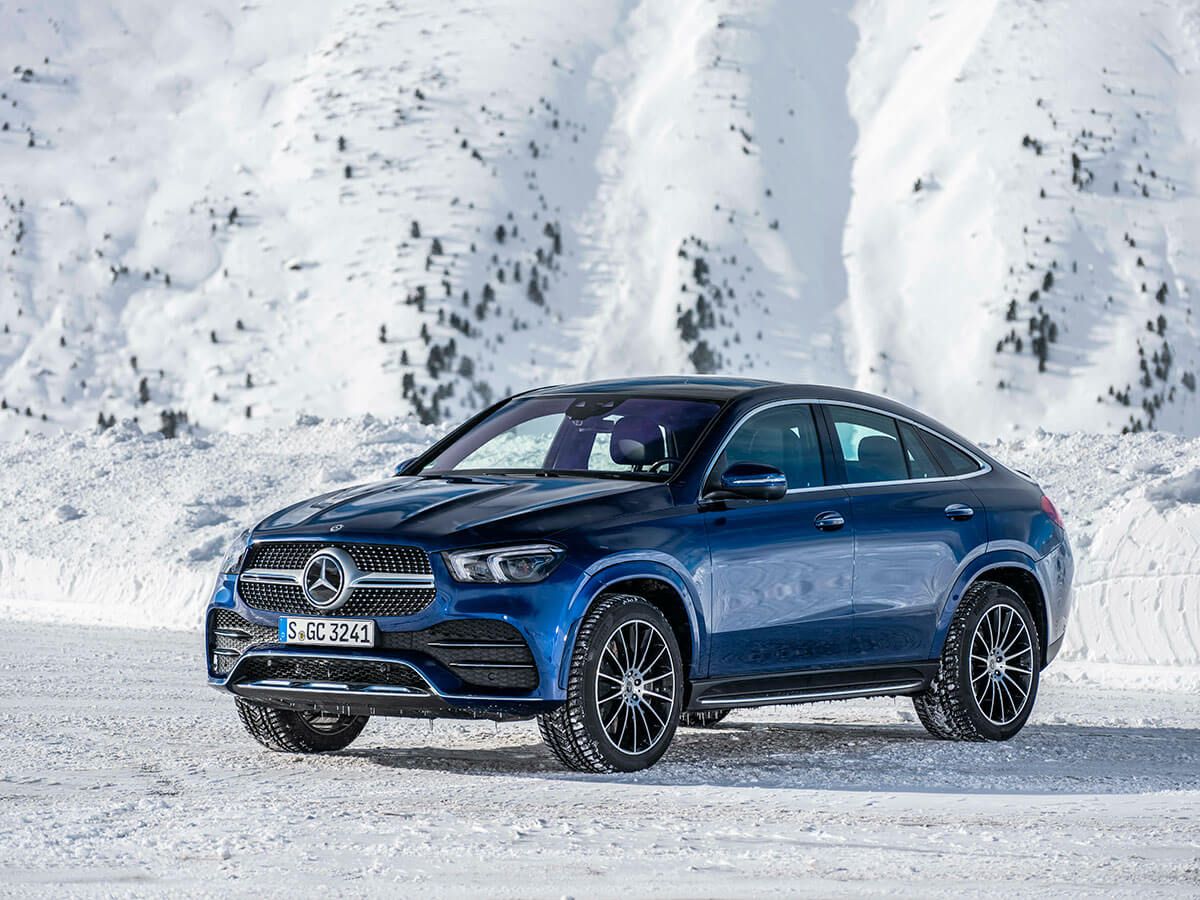 The new GLE Coupé is 4939 mm long and 2010 mm wide (39 mm longer and 7 mm wider than its predecessor). The proportions emphasize the dynamics of the GLE Coupé. The front view combines characteristics of the Mercedes-Benz SUV family with clear coupé attributes: the diamond grille with its single horizontal louvre creates an association with the other Mercedes-Benz Coupés, while the openings in the louvre and the high-gloss chrome-plated underguard in the front apron showcase the SUV character. With the AMG Line, the grille widens towards the bottom in an A shape, and the pins in the diamond grille are finished in chrome. The headlamps feature full-LED technology as standard.

The interior of the new GLE Coupé shares numerous features with the other models in the new premium-SUV family and clearly emphasises the sporty aspect. A familiar sight is a modern cockpit with two large 12.3-inch /31.2 cm screens. The strikingly styled instrument panel, horizontally divided by a trim tier, transitions seamlessly into the door panels and in the GLE Coupé features ARTICO man-made leather on top as standard. The sporty emphasis comes courtesy of the standard sports seats with particularly good lateral support and ARTICO cover, and the new sports steering wheel with Nappa leather trim. The SUV touch, meanwhile, is added by the tall centre console with the dominant grab handles. Leather/Nappa leather seat covers and door panels in the colour combination classic red/black are exclusively available in the coupé.

The sporty aspiration of the new Mercedes-Benz GLE Coupé is also clearly apparent in its engine line-up. The two GLE Coupé models available at launch are powered by the OM 656, the six-cylinder in-line engine from the current engine family. It is available in two output levels, as the GLE Coupé 350 d 4MATIC rated at 200 kW (272 hp) and 600 Nm and as the GLE 400 d 4MATIC Coupé rated at 243 kW (330 hp) and 700 Nm of torque. In both versions, even in demanding driving situations, this powerful engine meets the Euro-6d standard (RDE/Real Driving Emissions Stage 2) under RDE conditions. This is achieved, among other things, with an additional selective catalytic reduction (SCR) converter with an ammonia slip catalyst (ASC) in the exhaust tract of the GLE Coupé. 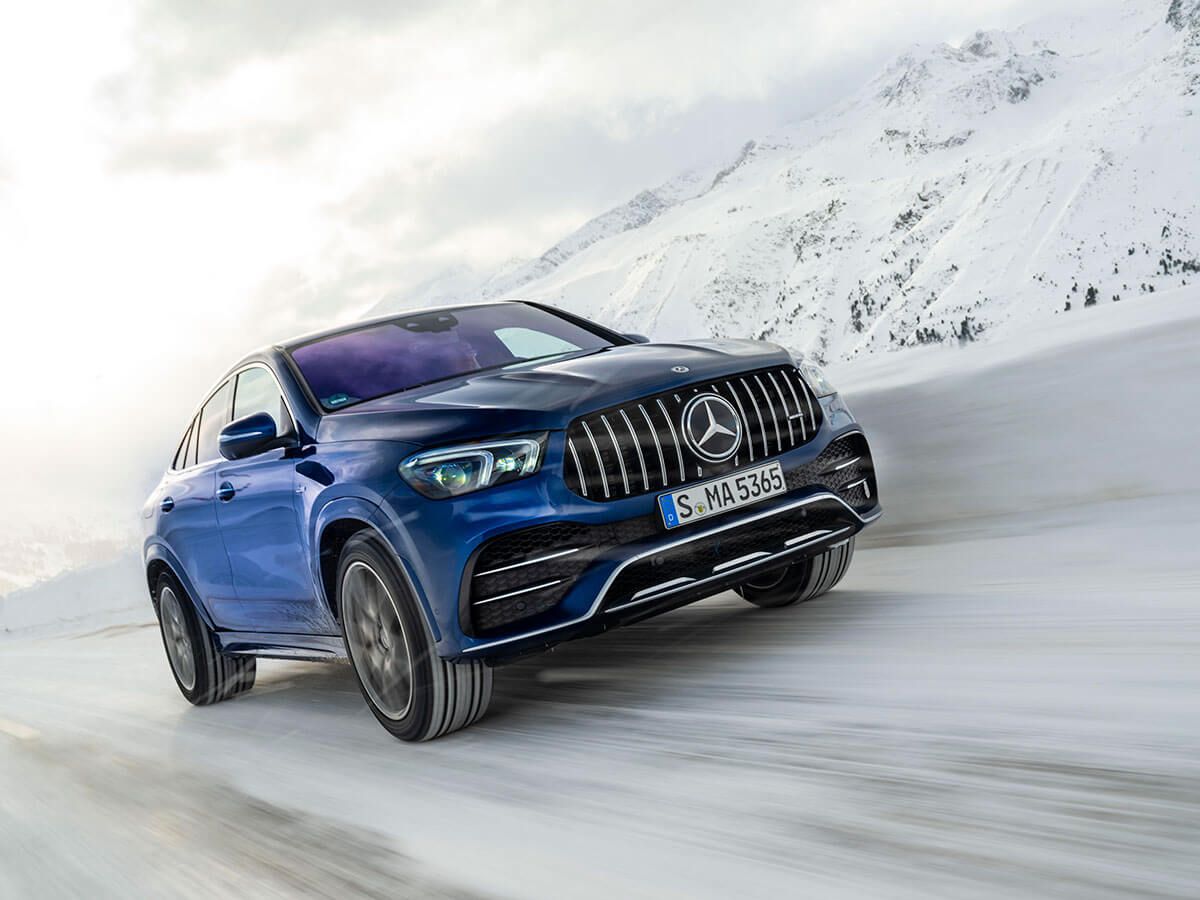 The plug-in hybrid Mercedes-Benz GLE 350 de 4MATIC Coupé will complement the range in summer 2020. It impresses with its electric operating range: thanks to a battery with a capacity of 31.2 kWh, it is capable of over 100 kilometres (according to NEDC) with a corresponding driving style. It also has a top speed of up to 160 km/h under electric power. Its state-of-the-art four-cylinder diesel engine rated at 143 kW (194 hp) is also highly efficient.

Power as desired, i.e. torque-on-demand, is also the power transmission motto. Because all variants of the new GLE Coupé have a transfer case with an electronically controlled multi-plate clutch as standard behind the 9G‑TRONIC automatic transmission. It allows a variable shift of the drive torque from 0-100% (torque-on-demand) between the axles. During cornering, the system can influence the yaw torque in a targeted manner towards over- and understeer of the vehicle and together with the shorter wheelbase increases the agility of the new GLE Coupé.