New Cars and New Bikes in Nepal, News and Reviews | Nepal Drives #WeDriveNepal > News > International News > This Is The Audi Q4 Sportback e-tron Concept; Production Version To Be Launched In 2021 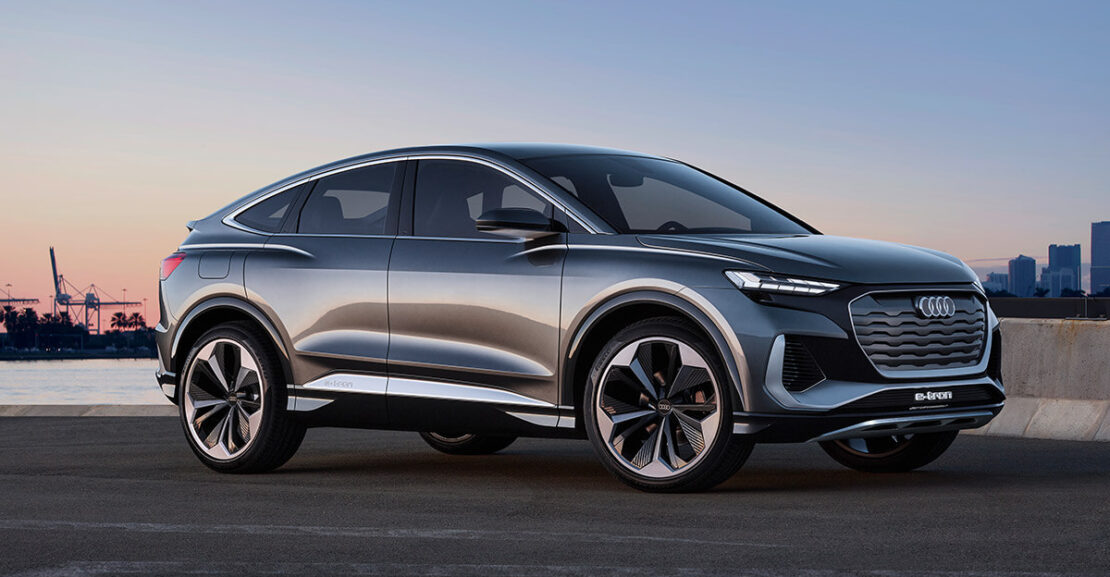 This Is The Audi Q4 Sportback e-tron Concept; Production Version To Be Launched In 2021

Audi has presented the coupé variant of Q4 e-tron as a concept car which will form the basis of a series production model set to join the range in 2021. The brand with the four rings launched its electric offensive with the world premiere of the all-electric Audi e-tron SUV in September 2018. By 2025, Audi will offer more than 20 models with all-electric drive in the most important markets worldwide and achieve roughly 40 per cent of its sales with electrified models.

The two Q4 e-tron concepts are notable as the first Audi models to be built on the Volkswagen Group’s modular electrification platform (MEB), which will provide the foundations for numerous electric vehicles from the compact class upwards in the future. Their measurements are almost identical – they share the same 1.9-metre width and 2.77-metre wheelbase, but at 4.6 metres in length and 1.6 metres in height the Sportback is fractionally longer and lower, with just one centimetre separating the duo in each dimension. 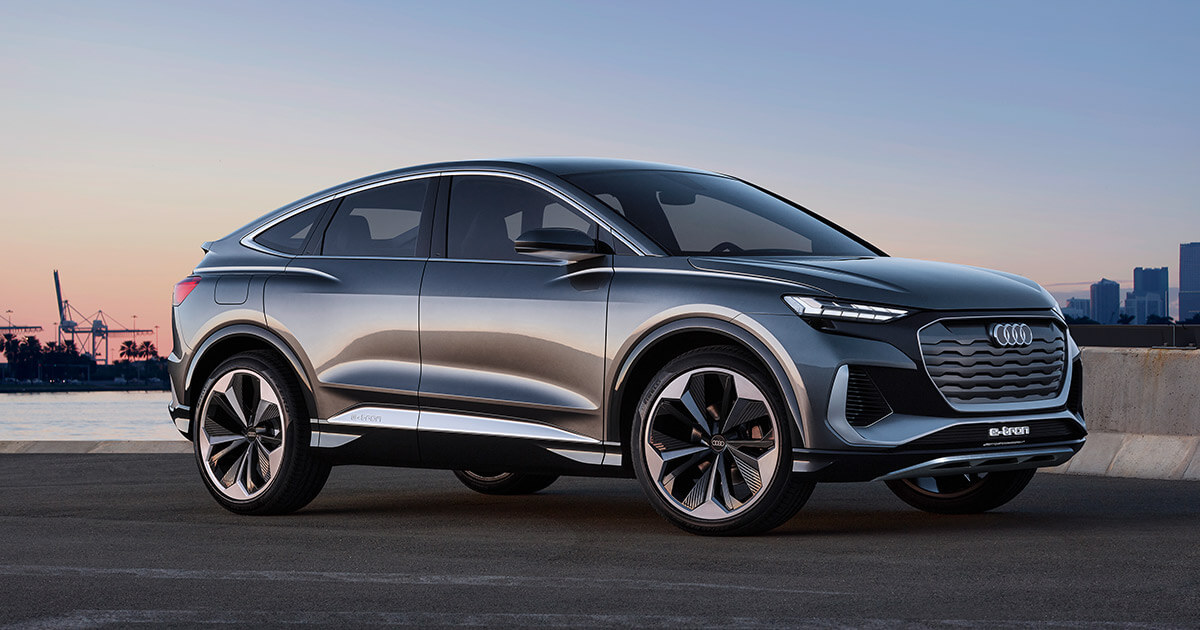 Two electric motors mobilise 301 BHP of system output which is handled via Quattro all-wheel-drive as is typical for Audi. Thanks to excellent traction, both versions of the Q4 accelerate from zero to 62mph in just 6.3 seconds and are restricted to a top speed of 111mph. Spanning almost the entire length of the underbody area, the large battery that brings the Q4 Sportback e-tron concept to life has a capacity of 82 kilowatt hours, giving a WLTP-certified range of up to 279 miles that sets a new benchmark in this class. Versions with rear-wheel drive will push on even further, covering a range of up to 310 miles based on WLTP test data. 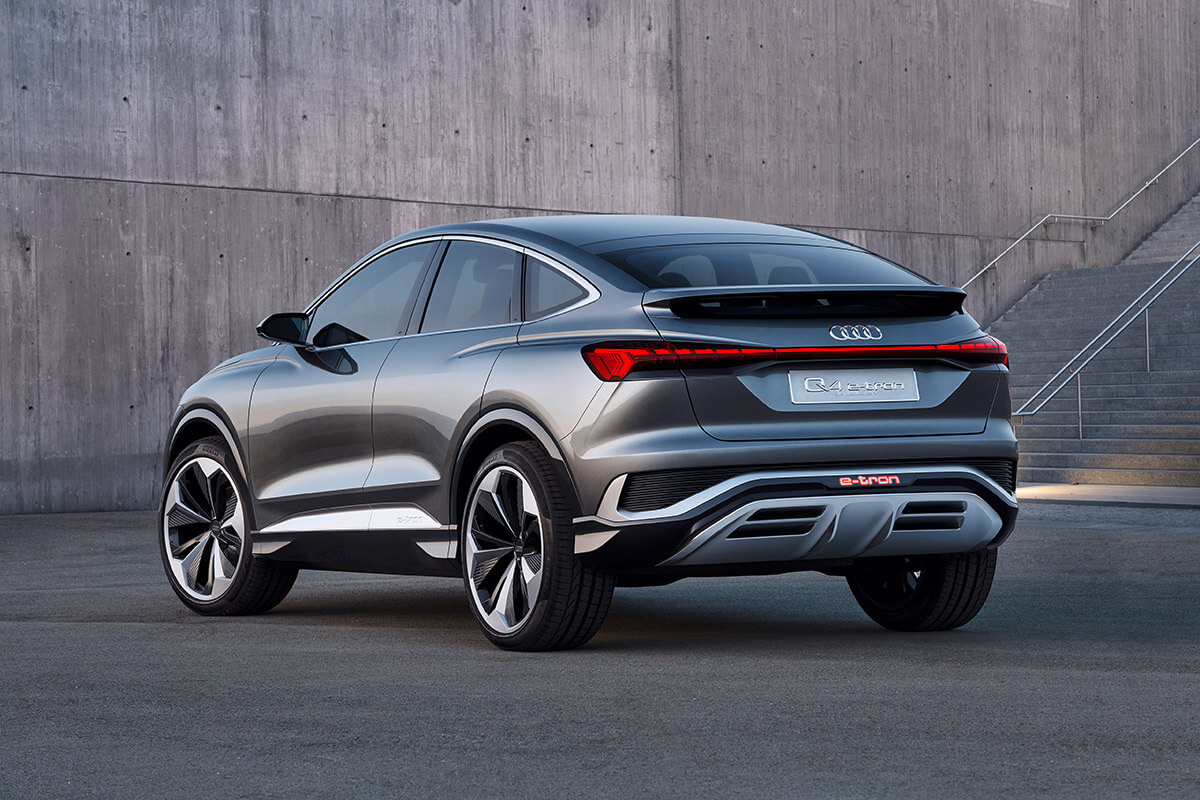 Viewed from the front, the familiar octagonal Singleframe with its four rings immediately identifies the Q4 Sportback e-tron concept as an Audi. The prominent wings are another classic Audi design feature while the accentuation of the rocker panel area between the axles, where the battery and thus the powerhouse of this SUV Coupe is located, is a characteristic e-tron feature. Large 22-inch wheels also emphasise the sinewy stance of the newest member of the Audi family. 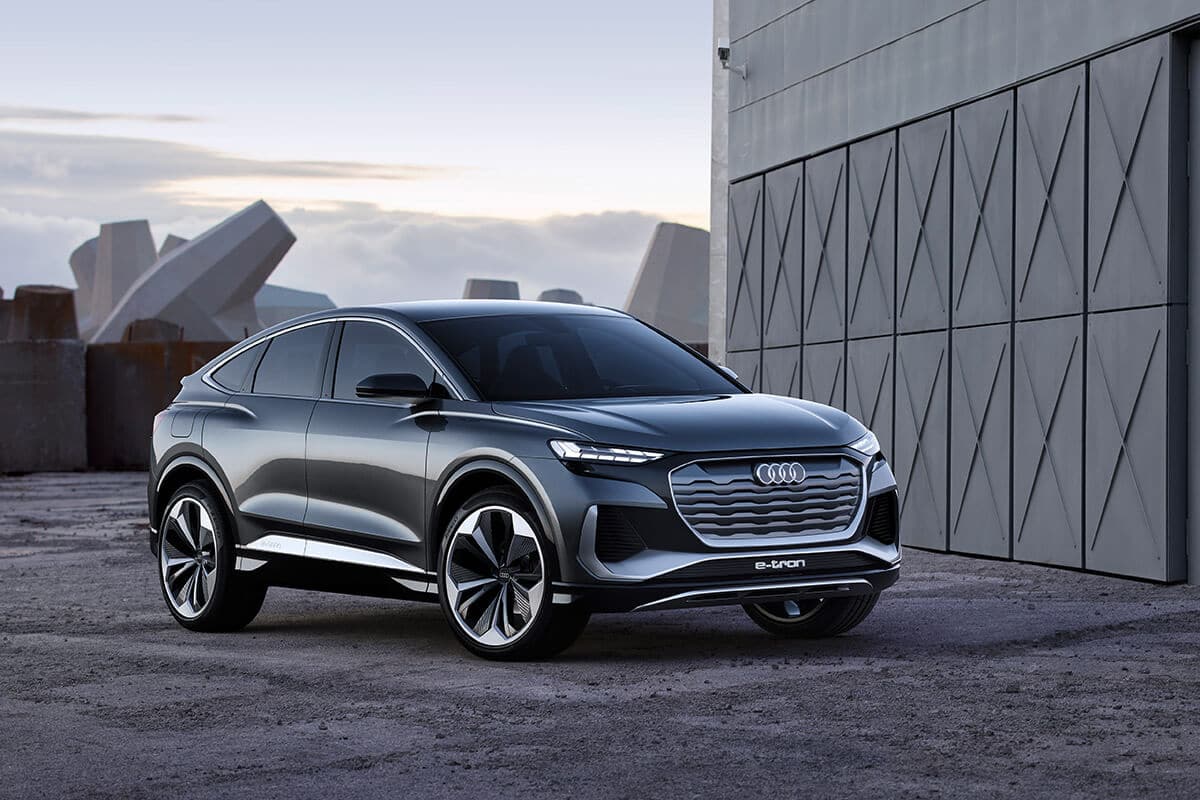 The Q4 Sportback e-tron concept is painted in the new colour kinetic grey, a light metallic and pearl effect colour that also displays hints of green when viewed from certain angles. In contrast, the lower sections of the body are finished in dark grey. This segmentation emphasises the width and horizontal orientation of the body architecture. 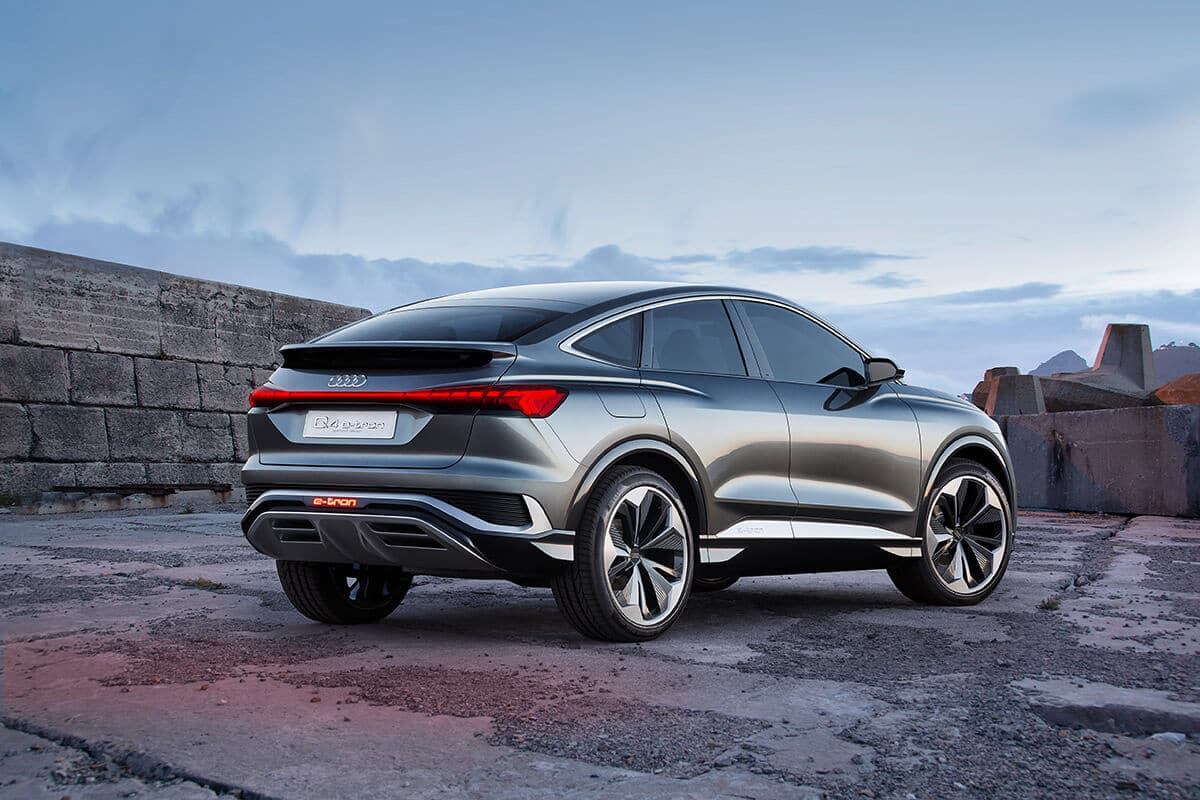 The electric motor on the rear axle has an output of 201 BHP and delivers peak torque of 310 Nm; the front unit supplies the front wheels with up to 100 BHP and 150 Nm. The system output is 301 BHP. The battery in the vehicle floor has a maximum charging capacity of 125 kilowatts, equating to a minimum charging time to 80 per cent of around 30 minutes at rapid chargers.