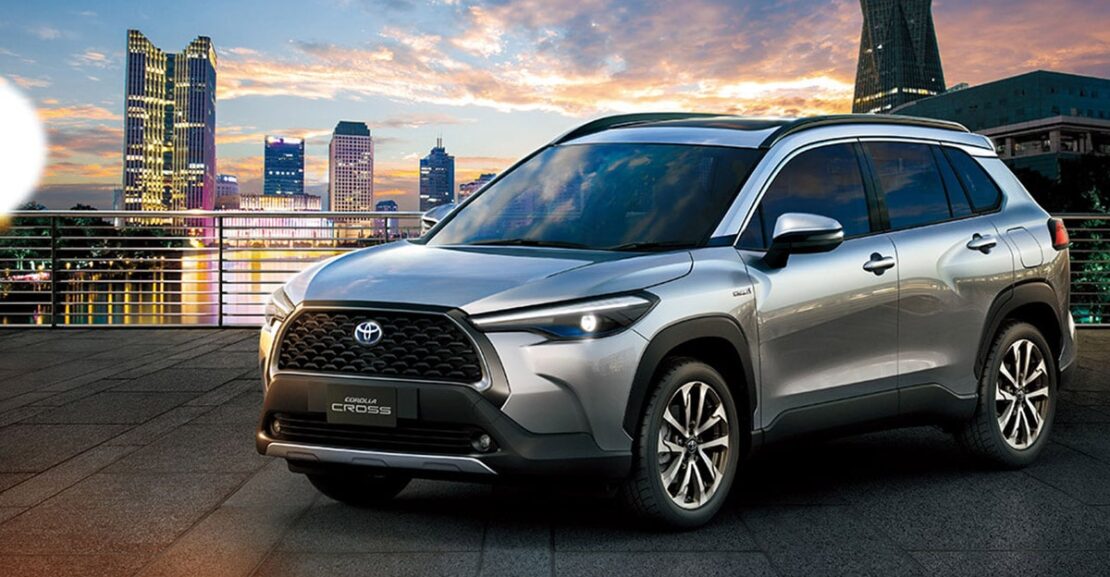 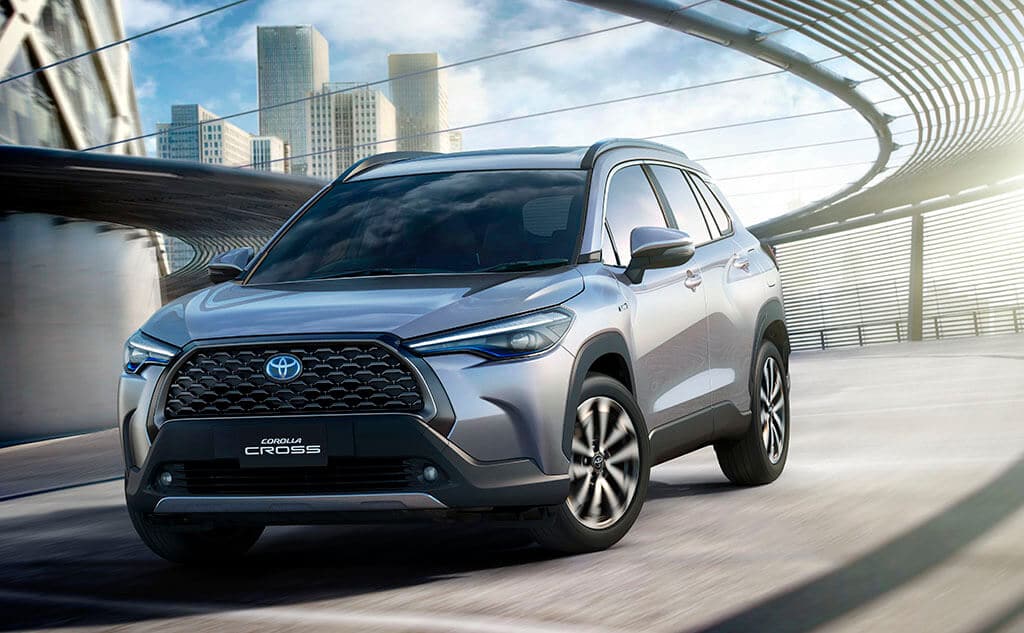 The Corolla Cross rides on the same Toyota New Global Architecture C (TGNA-C) platform that underpins the Corolla and C-HR. Size-wise, the Corolla Cross is slotted in between the C-HR and the RAV4, complementing the former as the more functional crossover. It measures 4,460mm long, 1,825mm wide, and 1,620mm  high. The C-HR and Corolla Cross share the same 2,640mm wheelbase length. 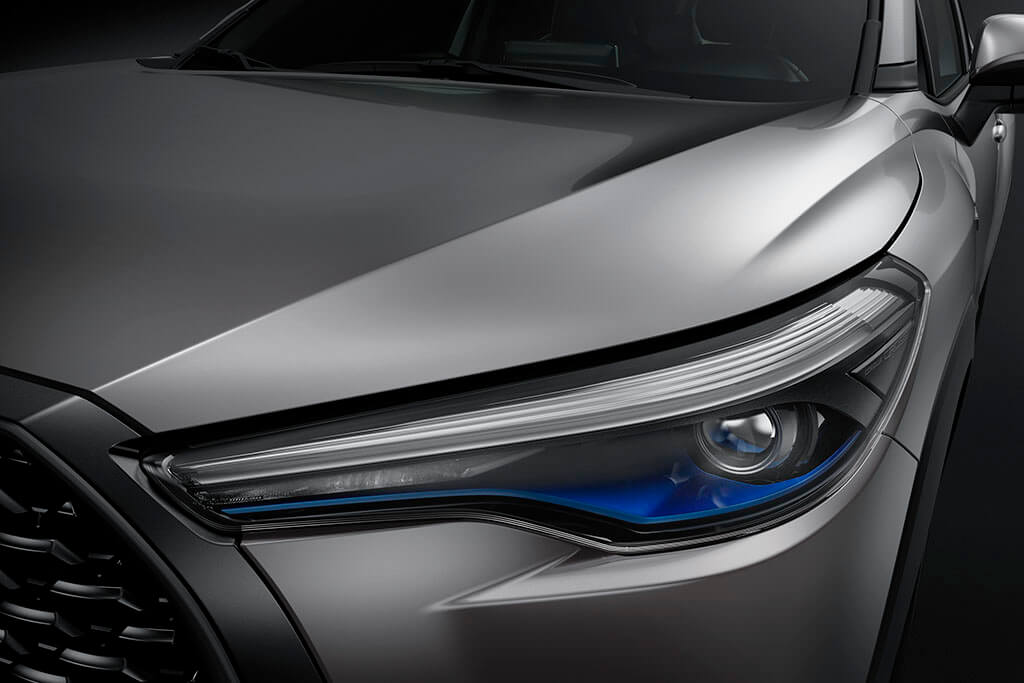 Styling-wise, with “Corolla Meets SUV” being the key phrase for the development of the Corolla Cross, the model was designed as a new type of SUV that combines dignified sturdiness in the exterior. It has a more subdued design when compared to the C-HR, on the front is a pronounced black grille as well as sharp headlights and LED daytime running lights. 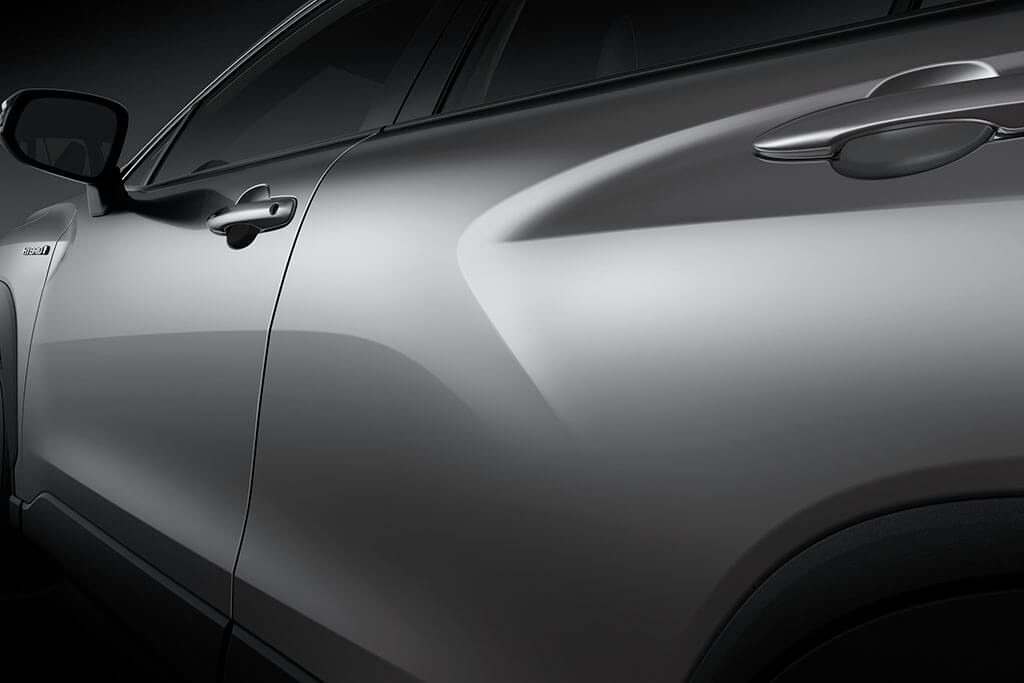 Along the sides, the Corolla Cross has smoother lines with notable cues being the prominent haunches near the shoulder line, black cladding over the wheels, and an extension of the window line towards the roof-mounted spoiler. 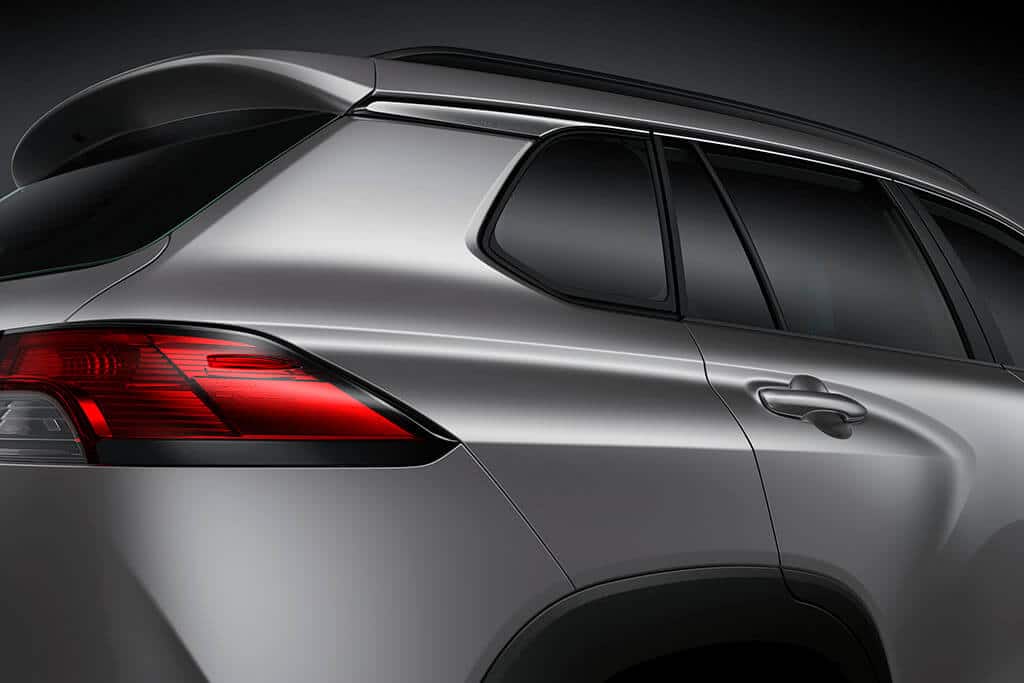 Moving to the rear, we find wraparound, two-piece taillights, and a simple tailgate design that sees the Toyota and model badge be arranged vertically above the arched number plate recess. Just like the front, the lower apron here gets a skid plate to reinforce the model’s rugged nature. 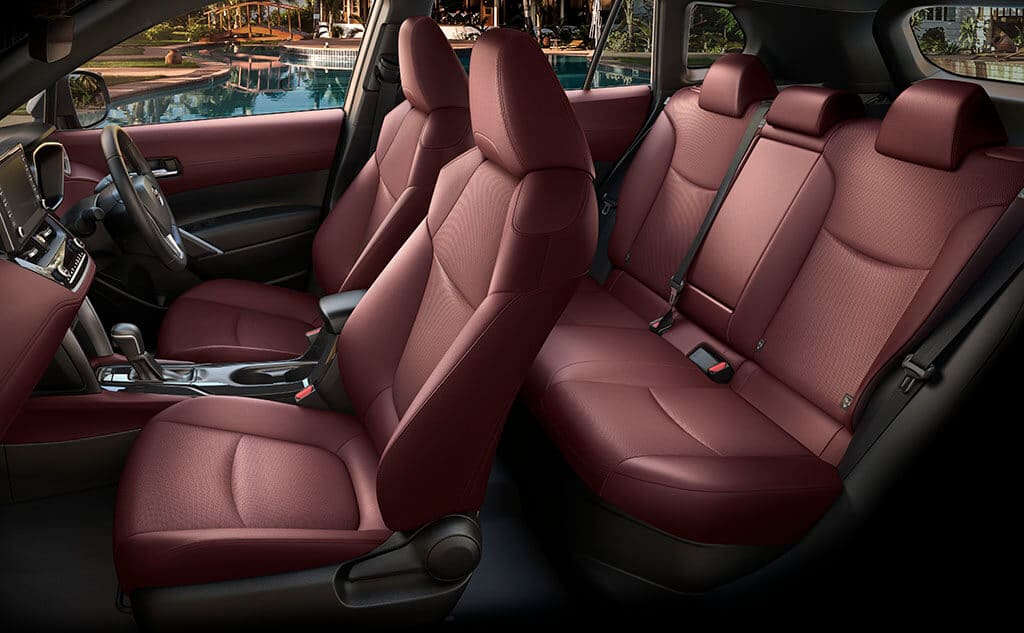 The interior is very familiar with the Corolla hatchback. There is a large touchscreen jutting out of the dashboard, a digital gauge cluster, and the same air vents as the hatch. Toyota says the Corolla Cross offers ample interior space for up to five passengers and up to 487 litres of space with a puncture repair kit (440 litres with a temporary spare tyre). 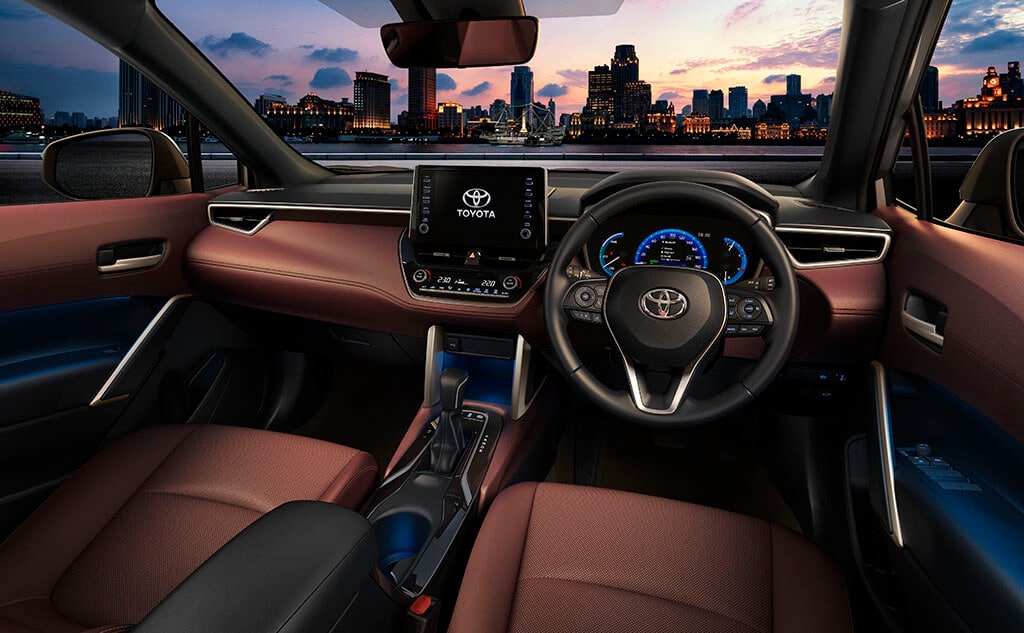 Entry-level models sold in Thailand come outfitted with a 1.8-liter petrol engine producing 140 hp and 175 Nm of torque. This engine drives the front wheels through a CVT. 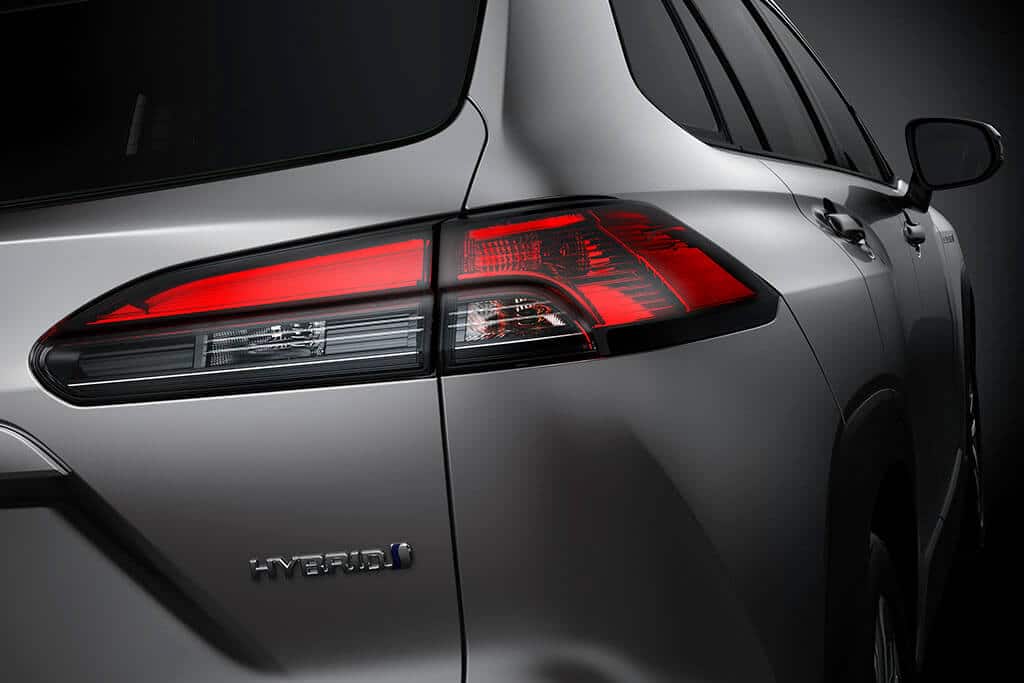 Toyota being Toyota, a hybrid is also on offer and combines a 1.8-liter that produces 98 hp and 142 Nm with an electric motor delivering an extra 72 hp and 163 Nm of torque. 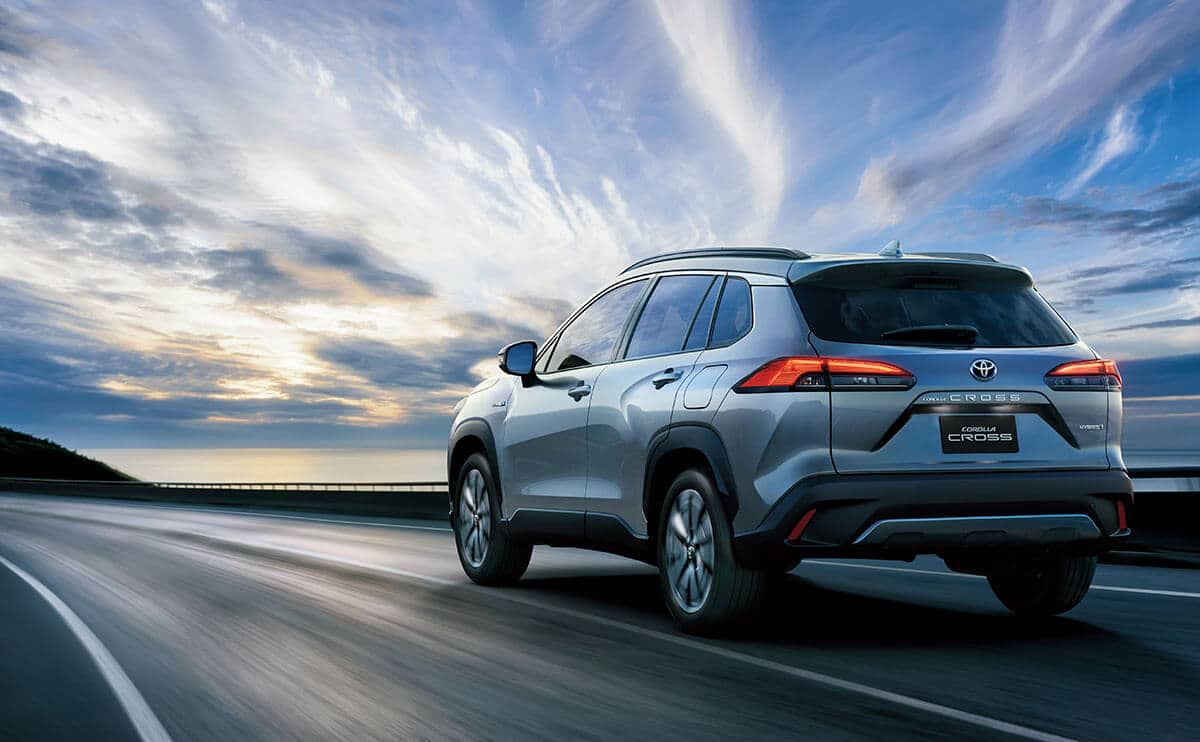 Paired with this hybrid setup is an electric CVT. The Corolla Cross comes with MacPherson strut front suspension, torsion-beam rear suspension, disc brakes at all four corners, and is available with 17- and 18-inch wheels wrapped in 215/60 and 225/50 rubber respectively. 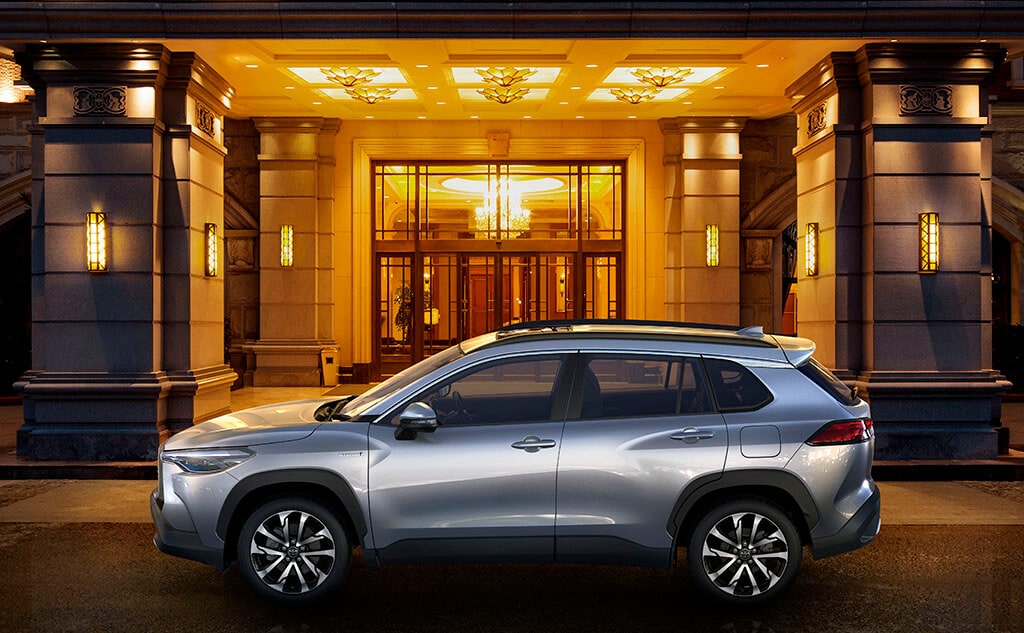 We do not have any word as to when the Toyota Corolla Cross will be available in Nepal but we will definitely be updating as soon as we get more information.