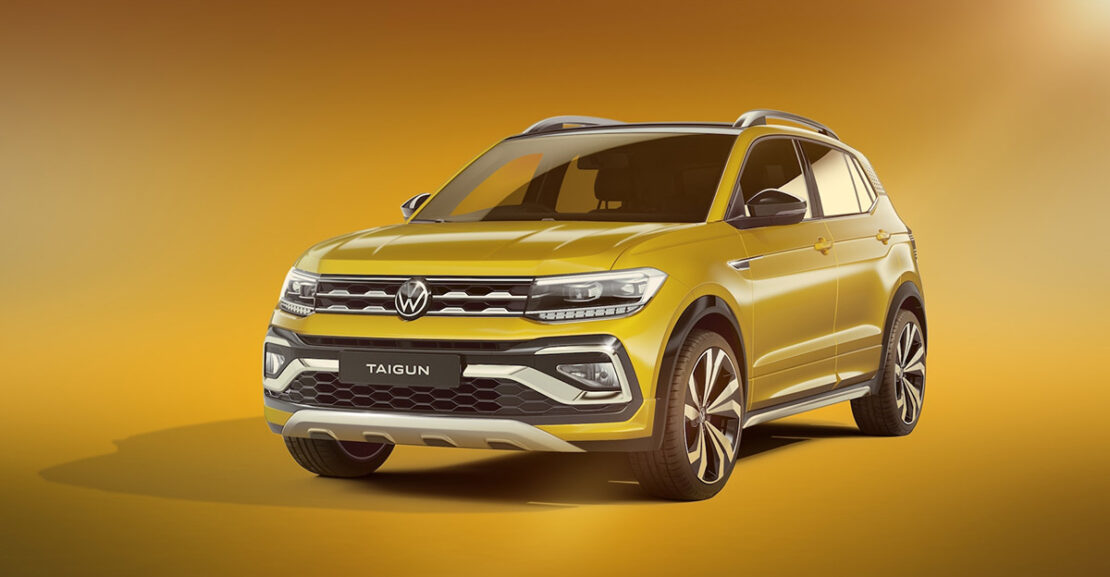 The Volkswagen Taigun SUV concept, shown in the run-up to Auto Expo 2020, is a statement that the German manufacturer is ready for the ultra-competitive midsize SUV space. The VW Taigun is essentially an Indianised VW T-Cross. It has a slightly different design to look tougher and thus more like a proper SUV. The final production model will be closely related to Skoda’s own midsize SUV for India, revealed as the Vision IN concept, and will follow its cousin into the market in the latter part of 2021. Together the duo of SUVs will be the first products to be based on Volkswagen’s India-specific MQB A0 IN platform.

The VW Taigun will have a higher ground clearance, differently designed front grille, headlamps, tail lamps, and bumpers and a bigger body are some of the key visual differences. The concept also wears flashy rims but you can expect the production model to sit on smaller wheels. LED tail lamps that are linked by an LED light bar give the Taigun’s tail some distinction. LED headlights and taillights, 17-inch alloy wheels, fully digital instrument cluster, large touchscreen infotainment system with eSIM-enabled connected car features and multiple airbags will likely be among the key features of the production VW Taigun.

The VW Taigun could be powered by a 130hp, 1.5-litre, four-cylinder, turbo-petrol engine or a 115 hp 1.0-litre TSI turbocharged three-cylinder petrol with the 6-speed manual and 7-speed dual-clutch automatic being the transmissions on offer.