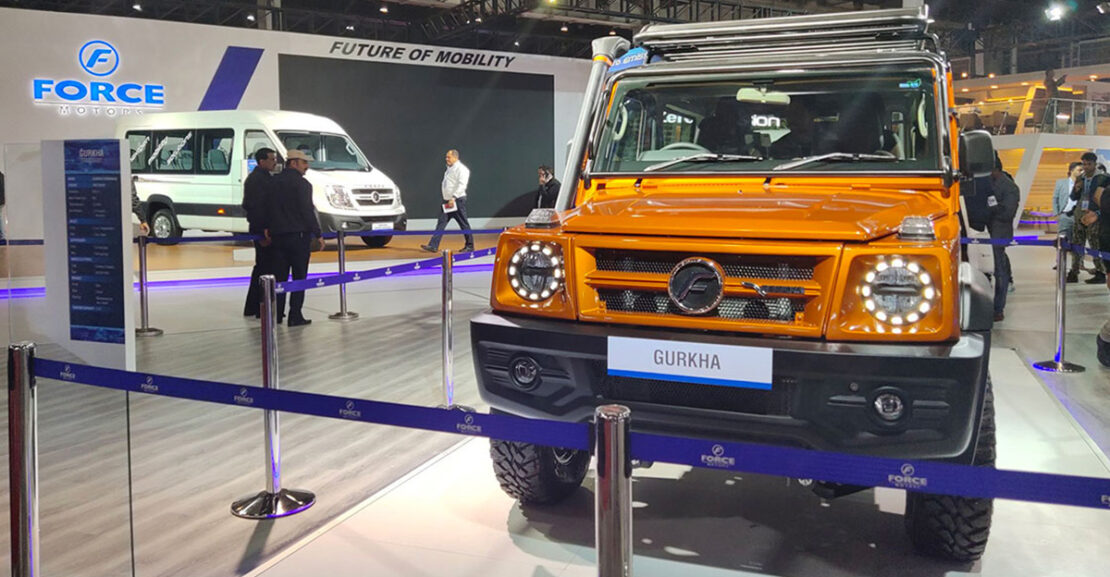 Pune-based automotive major Force Motors has unveiled the new Gurkha, the new Gurkha receives a new set of bumpers and headlamp clusters. It features a new grille, along with body cladding and skirts all around the SUV, giving it a proper off-roader appearance.

The dashboard of the vehicle now comes with a central touchscreen infotainment system, a new instrument cluster with a MID display at its center, individual seats in the second row and newly designed circular air vents as well.

Powering the new Gurkha is the same 2.6-liter diesel engine that powered its predecessor but it has now been updated to comply with the BS6 emission norms in the Indian market. The updated engine now produces 90bhp and powers all four wheels via a five-speed manual gearbox.

Apart from the new Gurkha, Force Motors also unveiled the new Cruiser, cargo variant Kargoking and an off-road or recreational concept based on the Gurkha. The motor company also displayed two buses, a 51-seater and the school bus variant of the 33-seater Traveller Monobus. These buses were built on the next generation modular monocoque bus platform. Force Motors R&D team also worked and developed a 100 percent electric variant of their popular and flagship brand Traveller.