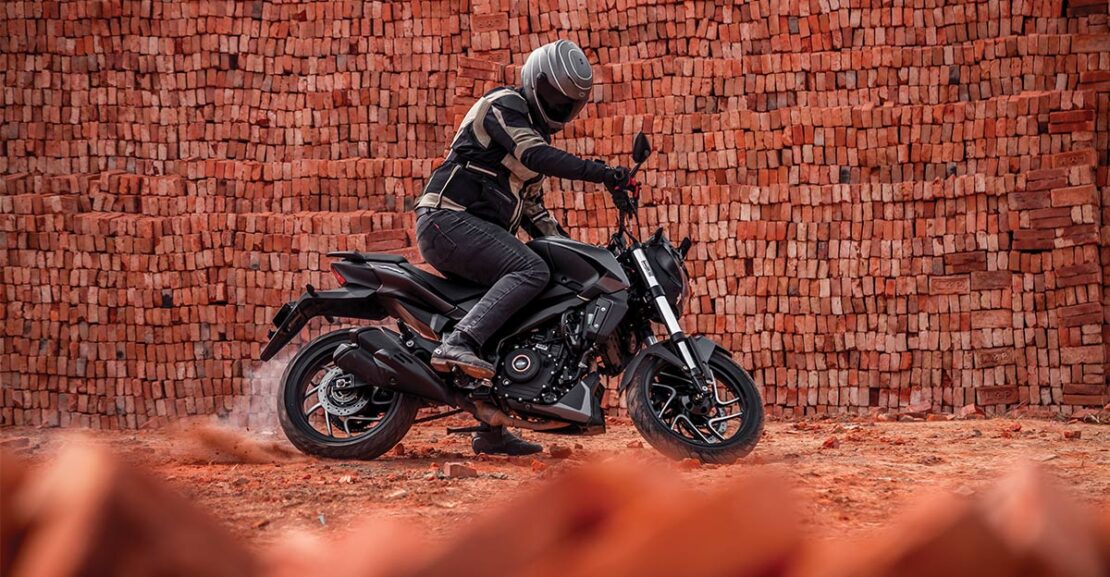 Tourers are the new black in the motorcycling world. The idea of motorcycles being more than just a medium of transport is quickly picking up. There are more and more people asking more from their motorcycles. Getting someone to their office and back does not cut it anymore. While there are many groups of people that look for various other aspects, one increasingly popular trend is traveling on motorcycles.

That is the segment where Bajaj Dominar, Bajaj’s Power Cruiser, had decided to set up shop when they first launched it back at the end of 2016. This also meant that the Dominar would go up against the OG of the segment… the Royal Enfield. A pretty tall order when you consider how loved the thumper is in India.

Has it been able to snatch away the throne from the Enfield? Not quite. However, the Bajaj Dominar turned out to be a pretty decent motorcycle in its own respect. But, like with anything and everything, there is always room for improvement. The new Dominar ups the ante with its new upgrade, and we rigorously test out the new Bajaj Dominar. 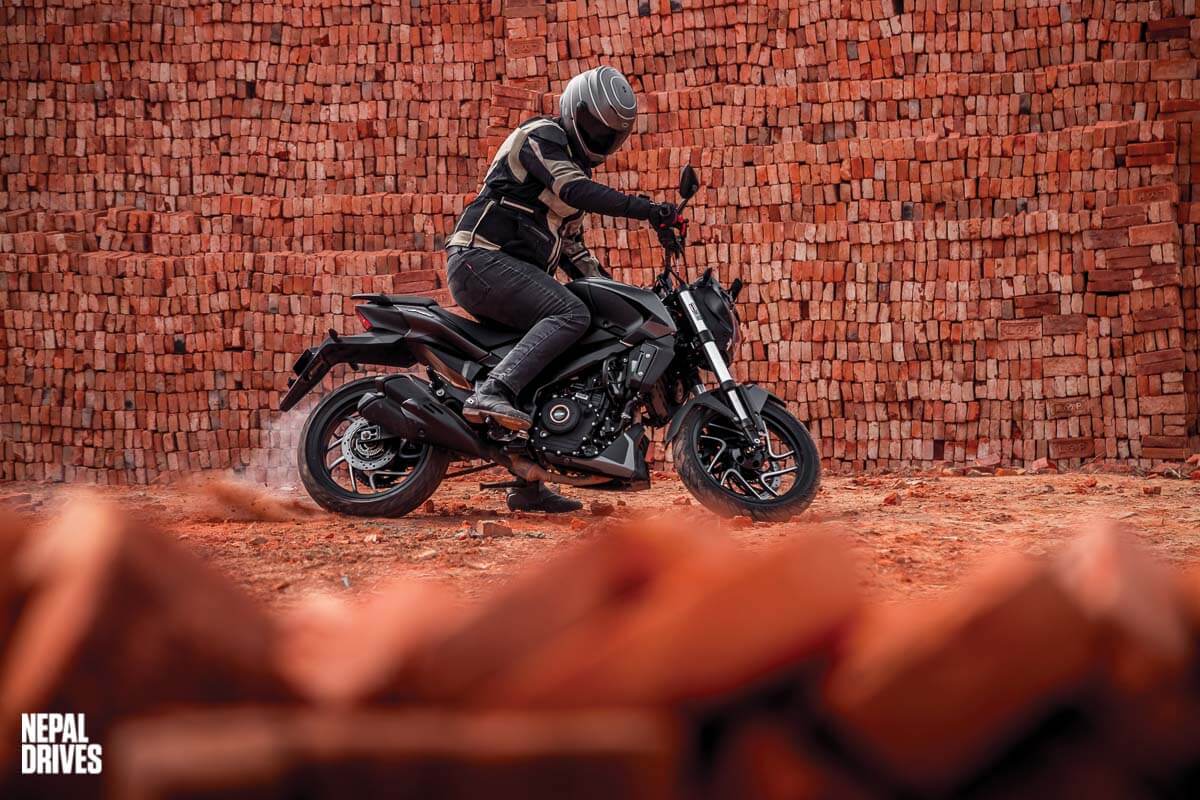 HOW HAS IT CHANGED IN TERMS OF THE LOOKS?

There are some substantial changes in the New Dominar, although they might not be apparent at first glance. We couldn’t get hold of the Dominar in the striking ‘Auroral Green’ avatar (because of unavailability), which is amongst the most visible changes in the new Dominar. But even in the black color scheme, there are plenty of changes that you should quickly pick up on. 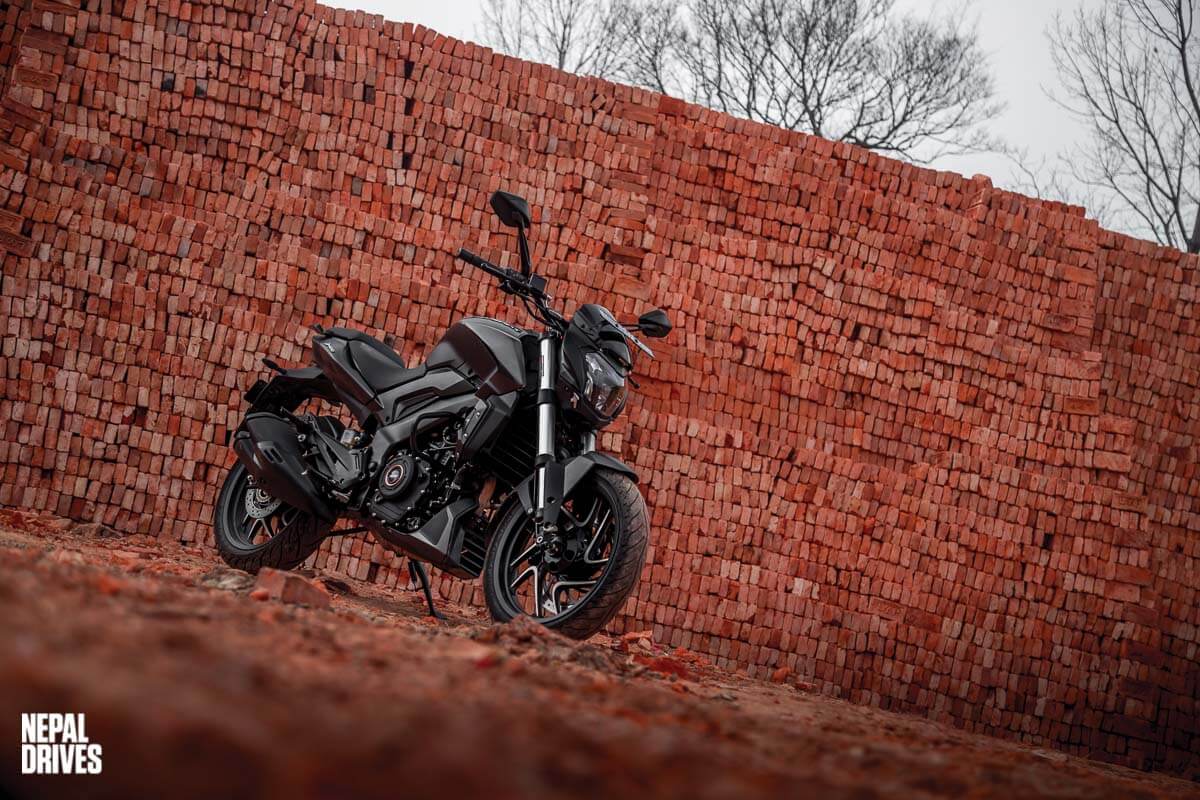 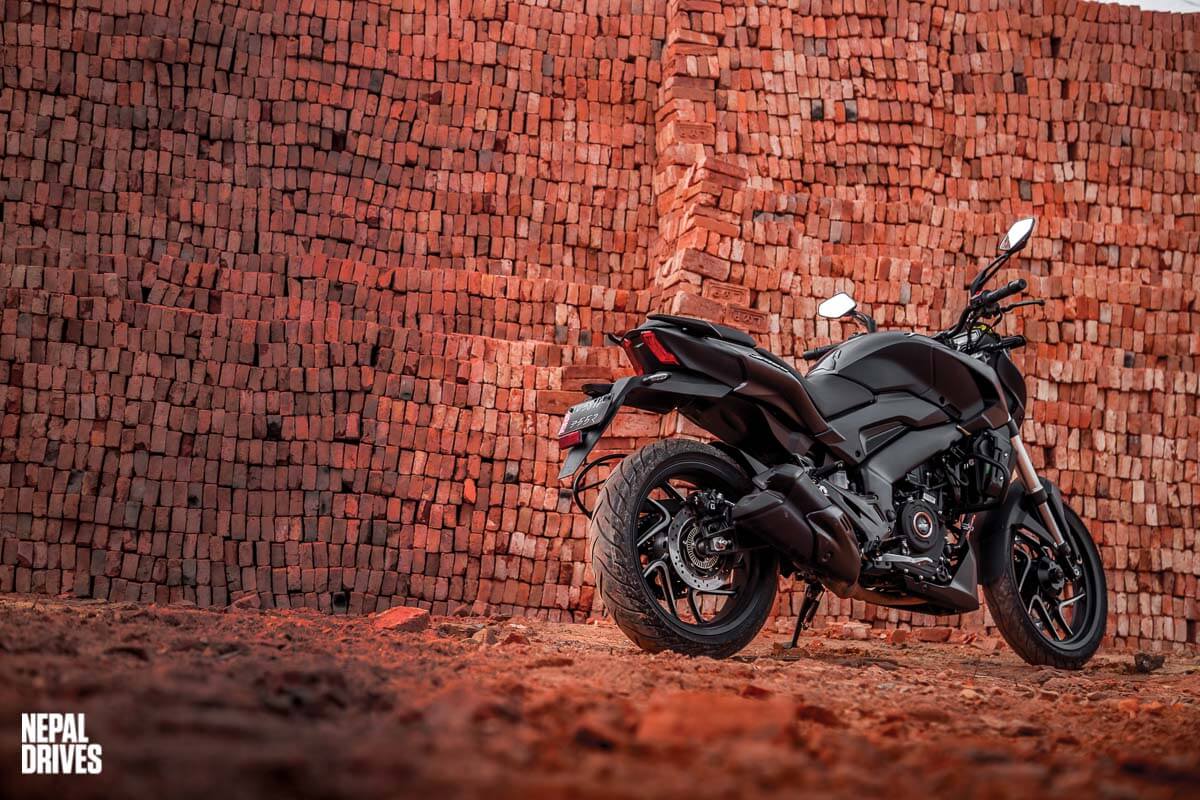 The first would be the new 43mm upside-down forks that replace the telescopic 43mm forks. The new beefy addition adds on to the already robust demeanor of the Dominar. These are essentially the same set of cartridge-type forks seen on the current KTM 390 Duke. 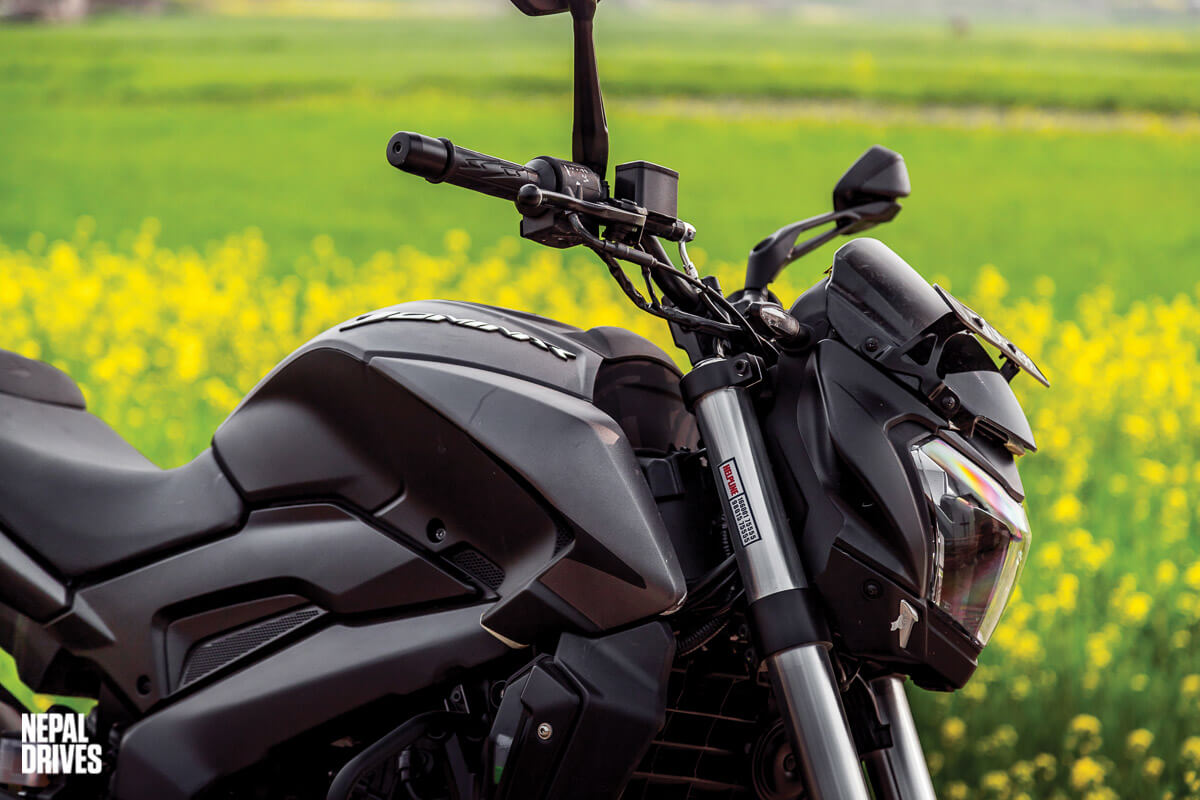 Other changes that only the keen observers will notice immediately are the revised internals for the headlamp and tail lamp units. There’s a factory-fitted tank pad as well and a prominent ‘D’ logo on the pillion seat. There is also a new dual-barrel end can that gets a matte finish. We also like the new cast aluminum stalks for the rearview mirrors. Staying true to their touring commitment, you will also find that the Bajaj Dominar gets 4 nylon straps under the seats which can be pulled out for attaching tail bags and other baggage accessories. 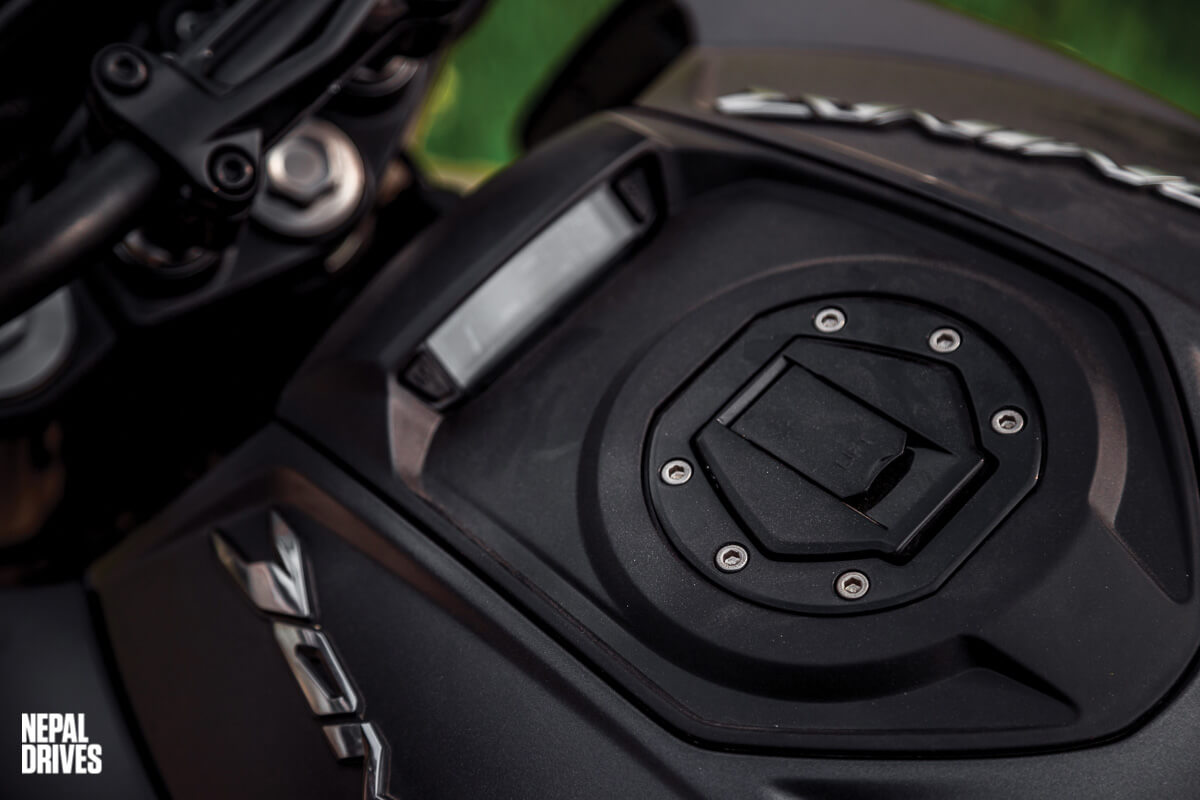 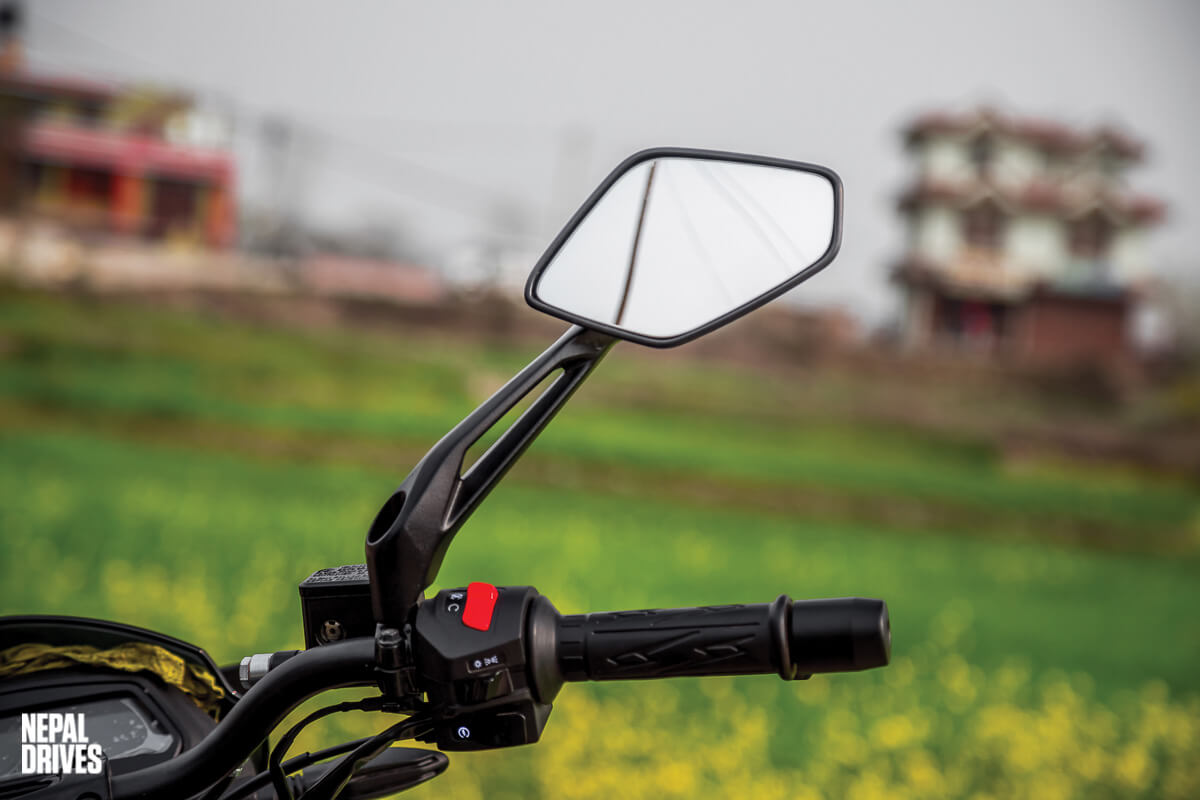 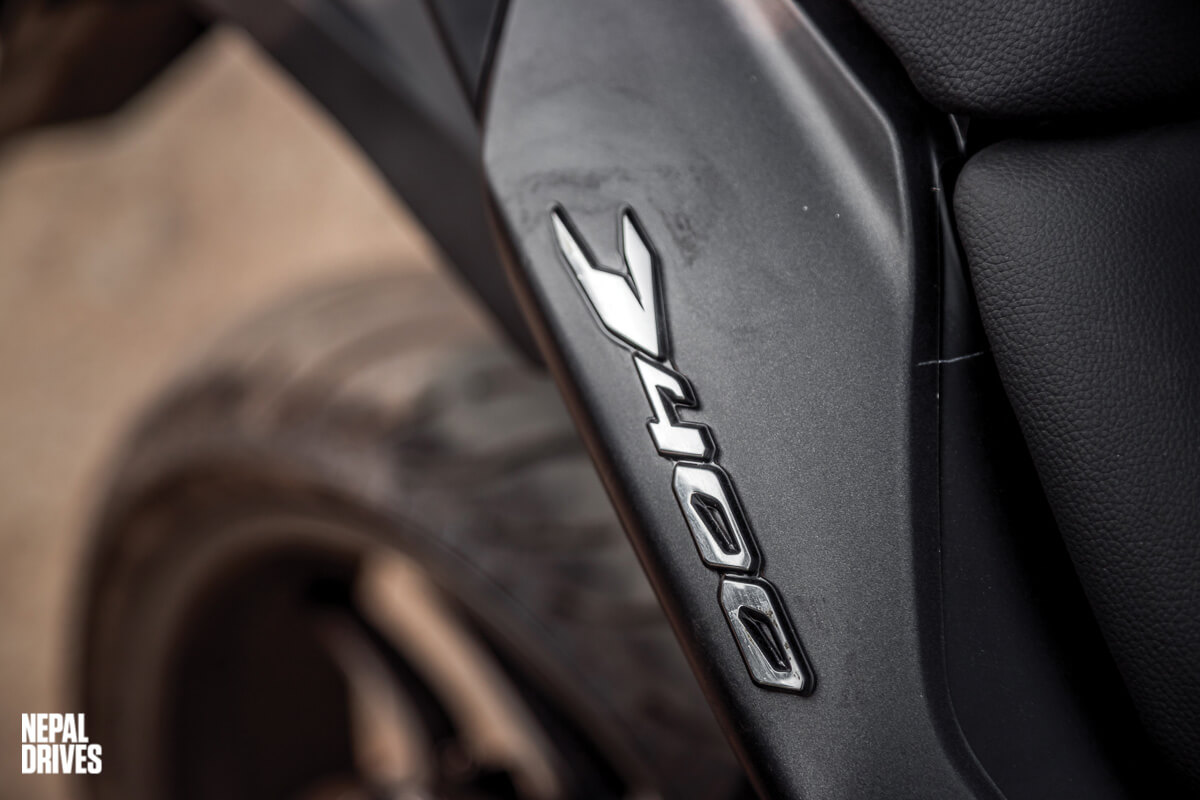 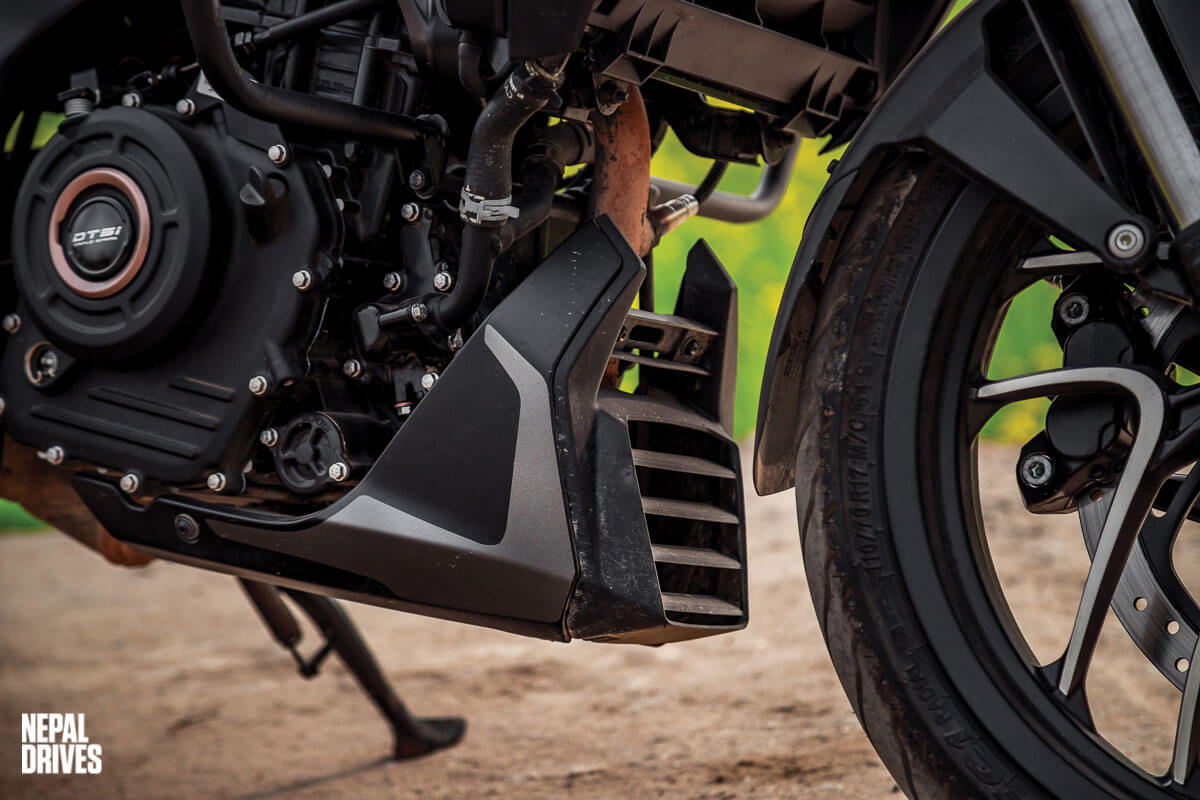 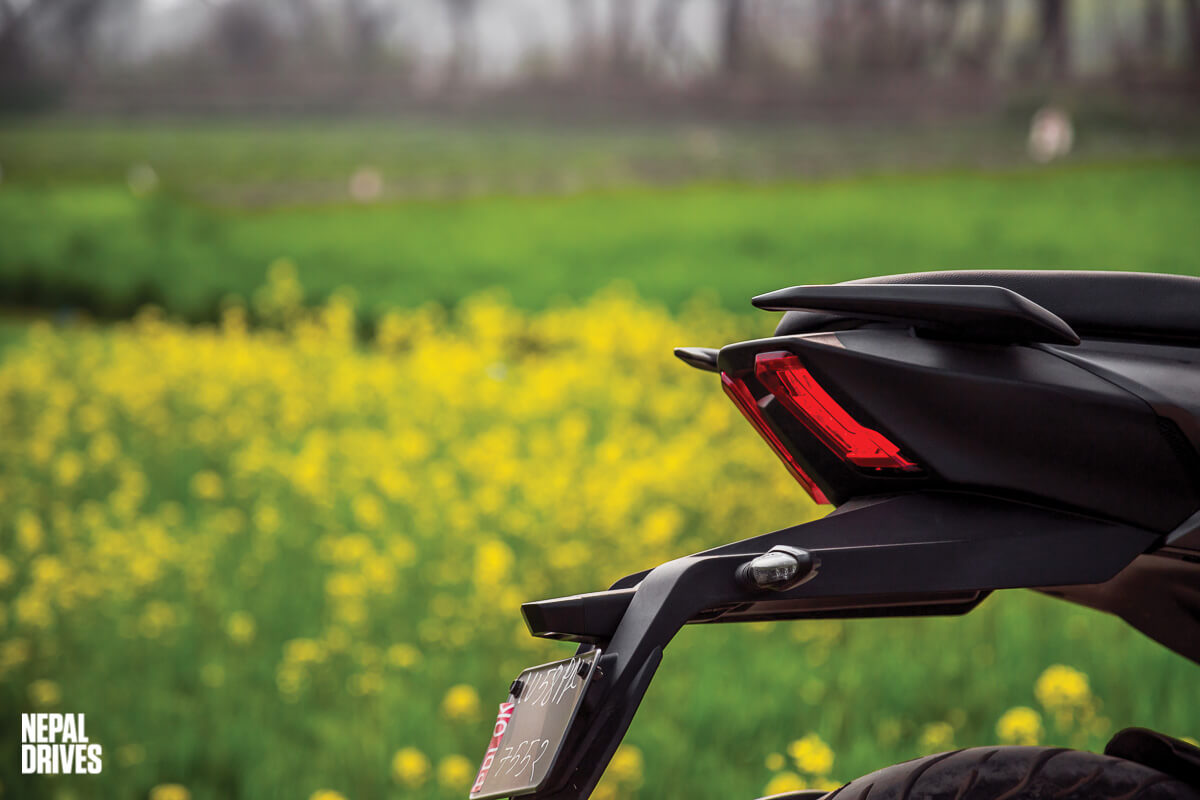 For the instrument console, the Dominar gets the familiar all-digital display that gets an addition of average fuel consumption for both Trip A and B, dynamic and average fuel economy, and distance to average. What is completely new is the secondary display that finds its place above the fuel tank cap. This display indicates the gear position, time, etc., but it does not fall into your peripheral vision when you’re riding which means you’ll have to take your eyes off the road to look at it properly and that isn’t too great. 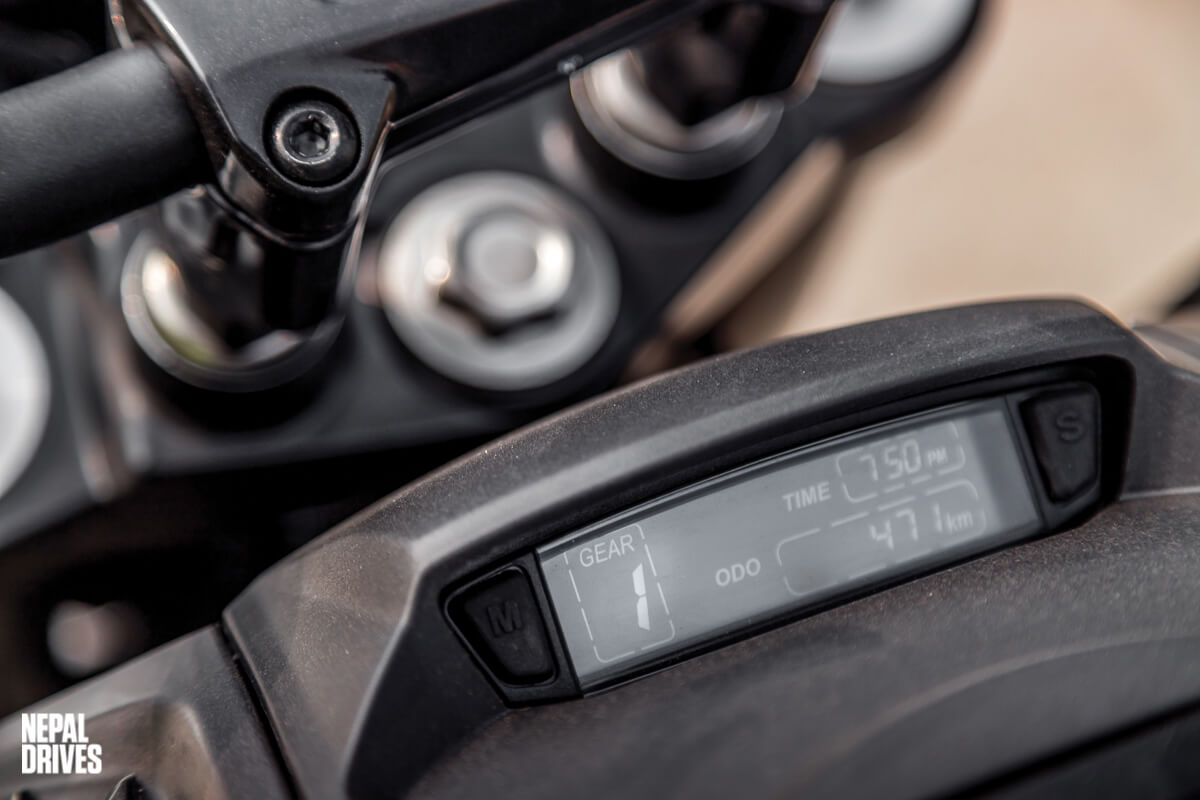 HOW HAS THE RIDING AND HANDLING CHANGED?

The Bajaj Dominar always impressed us with its performance. There were plenty of horses (35BHP @ 8000 RPM) and they were delivered pretty linearly throughout the rev ranges. We could definitely see it as a long term tourer. The upgraded Dominar has some substantial changes that make the riding the Dominar even better. The Single Overhead Camshaft (SOHC) is replaced with a Double Overhead Camshaft. The power output has been bumped up to 40BHP@8650 RPM and the torque remains the same, 35Nm that arrives 500rpms later at 7000rpm. 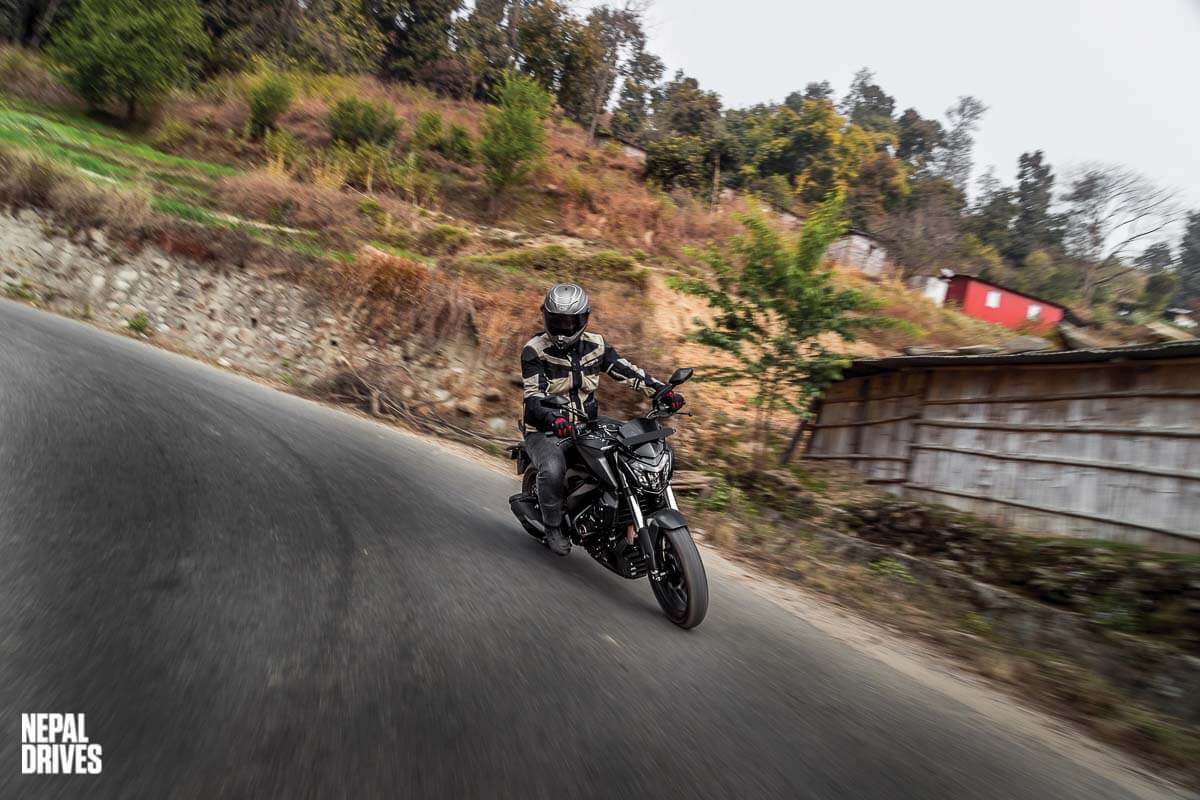 What this translates to again is a motorcycle that feels at home on the open highways. While it’s easily capable of staying in the triple digits, the Dominar feels most at home between 70kmph to 100kmph. You really begin to experience the extra power when you’re higher up in the rev ranges and things start to pick up. Thankfully, the Dominar is rock steady and inspires confidence. You will find yourself quickly moving through the gears and finding a nice cruising speed. And when you need it, you can wring the throttle and the Dominar will eagerly propel you further with more power. 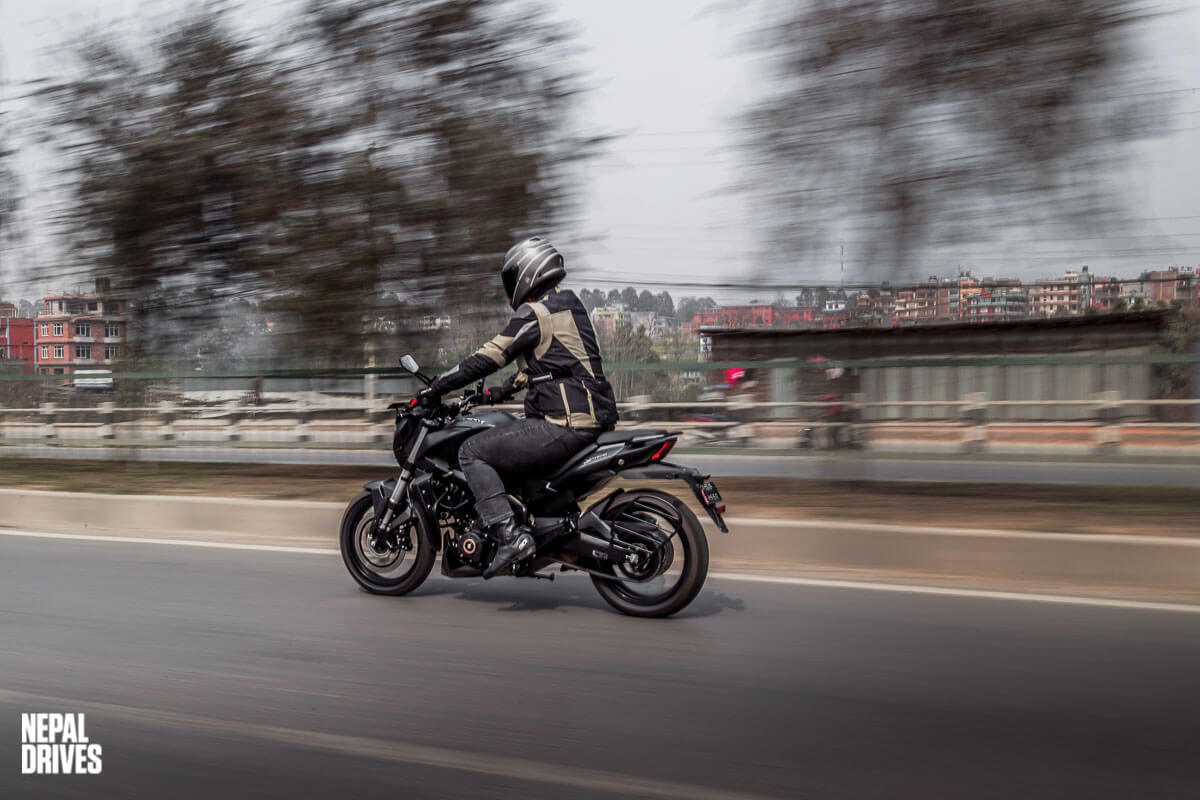 The throaty rumble emitted by the Dominar is praiseworthy and would serve as a pretty welcome companion on your tours. Another welcome change is the decrease in vibrations, which only creep in when you’re really pinning it. The new USDs work great in handling the rather large bulk of the Dominar and it has certainly enhanced the riding experience by a couple of notches. It provides great straight-line stability and works overtime to keep nice and tidy on the corners. 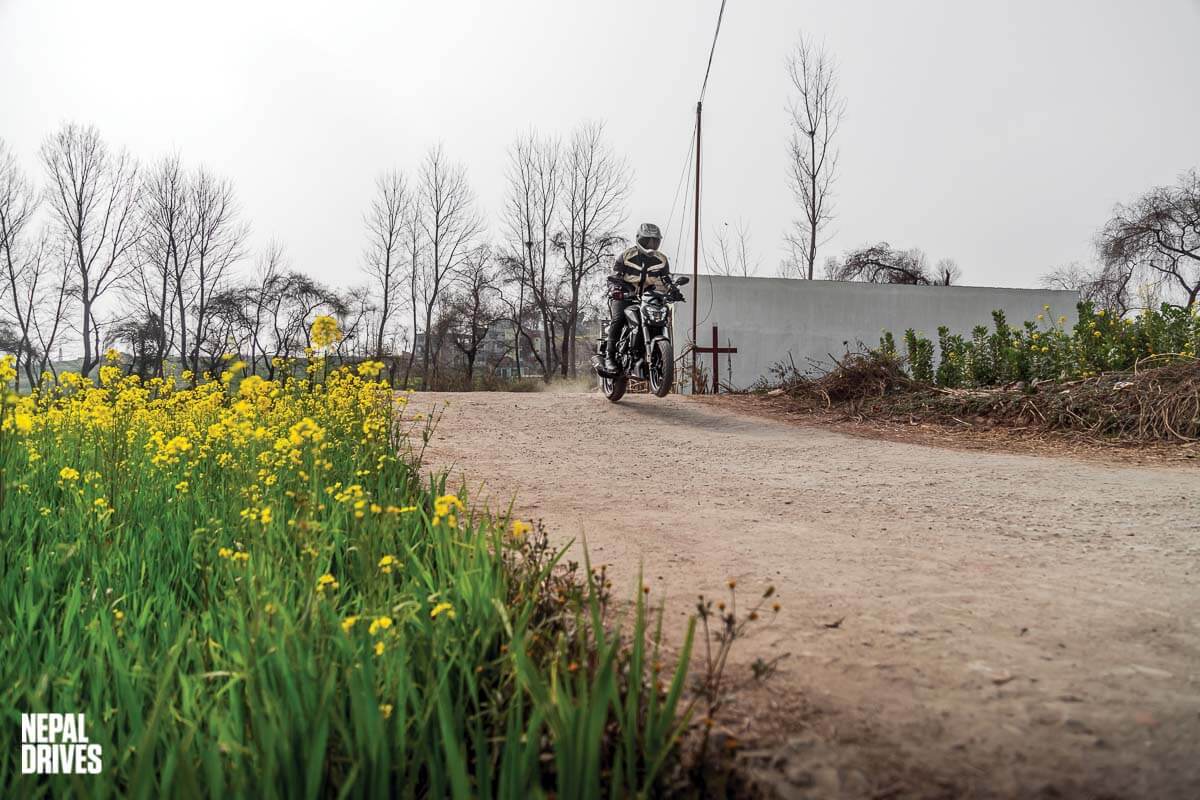 The 320mm front and 230mm disc brakes provide the stopping power-assisted by dual-channel ABS. Keen enthusiasts will notice that the front brake rotors are now on the other side of the new Dominar. 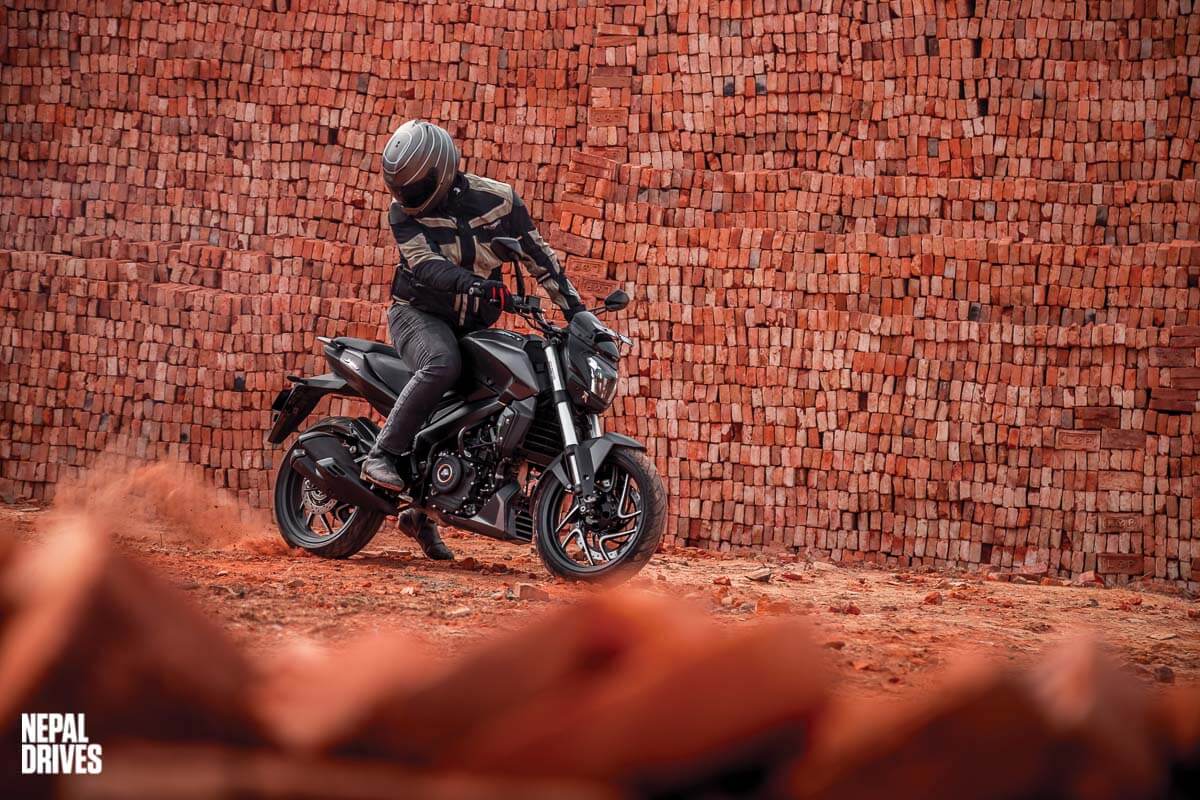 The new Bajaj Dominar tidies itself up pretty well, and considering how good the first Dominar was, that is very good news. The reduced vibrations, new upside-down forks, the bump in power and an overall improvement make the Bajaj Dominar a very exciting prospect for people want their motorcycles to be more than commuters. As a tourer, the Bajaj Dominar serves the purpose very well. 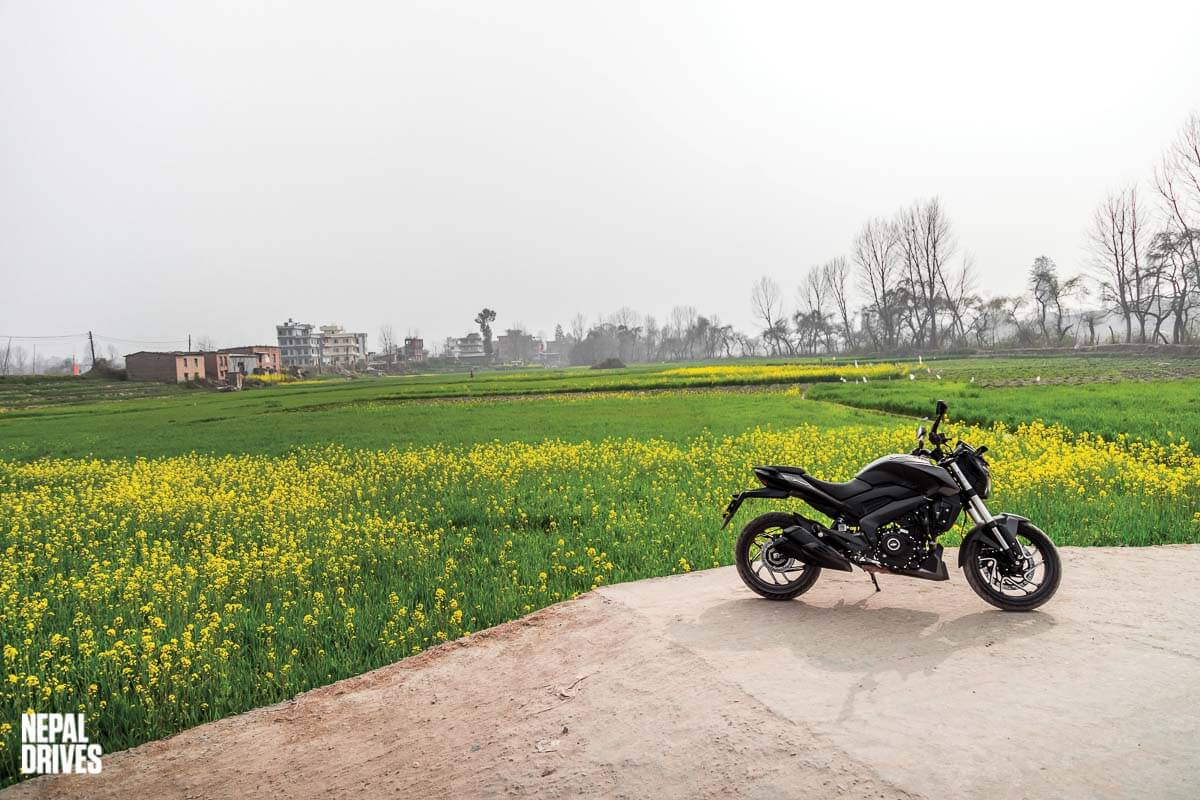