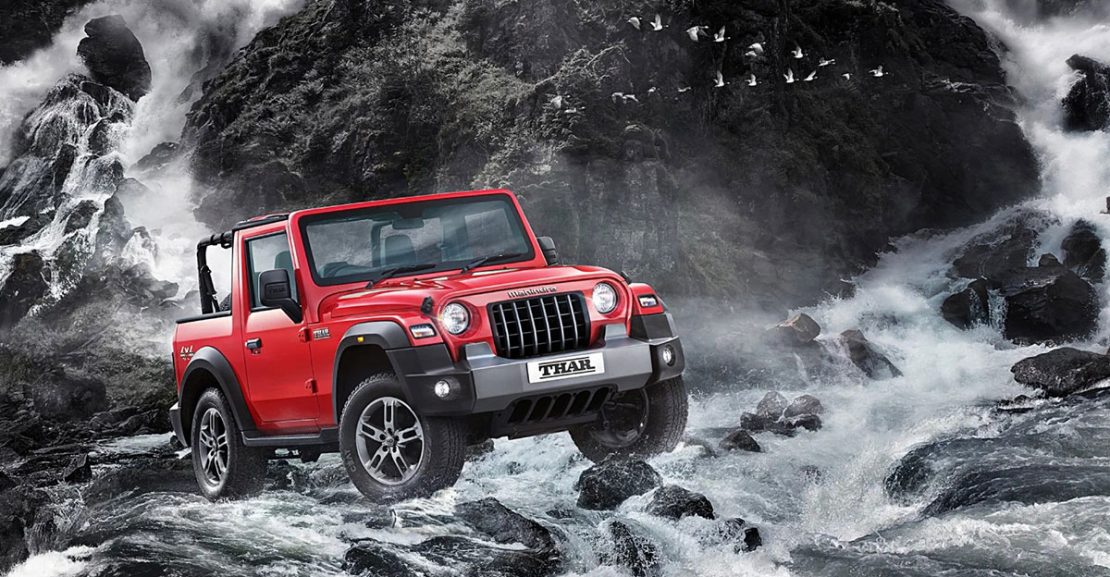 The wait is finally over, marking the occasion of the Indian Independence Day, Mahindra has finally taken the wraps off the all-new next-generation Thar.  The new Mahindra Thar retains the recognizable shape of its predecessor, along with its signature design cues – circular headlights, a seven-slot grille, chunky wheels, and boxy tail-lights – all upgraded to look suitably modern. The seven-slot grille and the front-end look their own distinct style which makes the Thar all the more appealing. 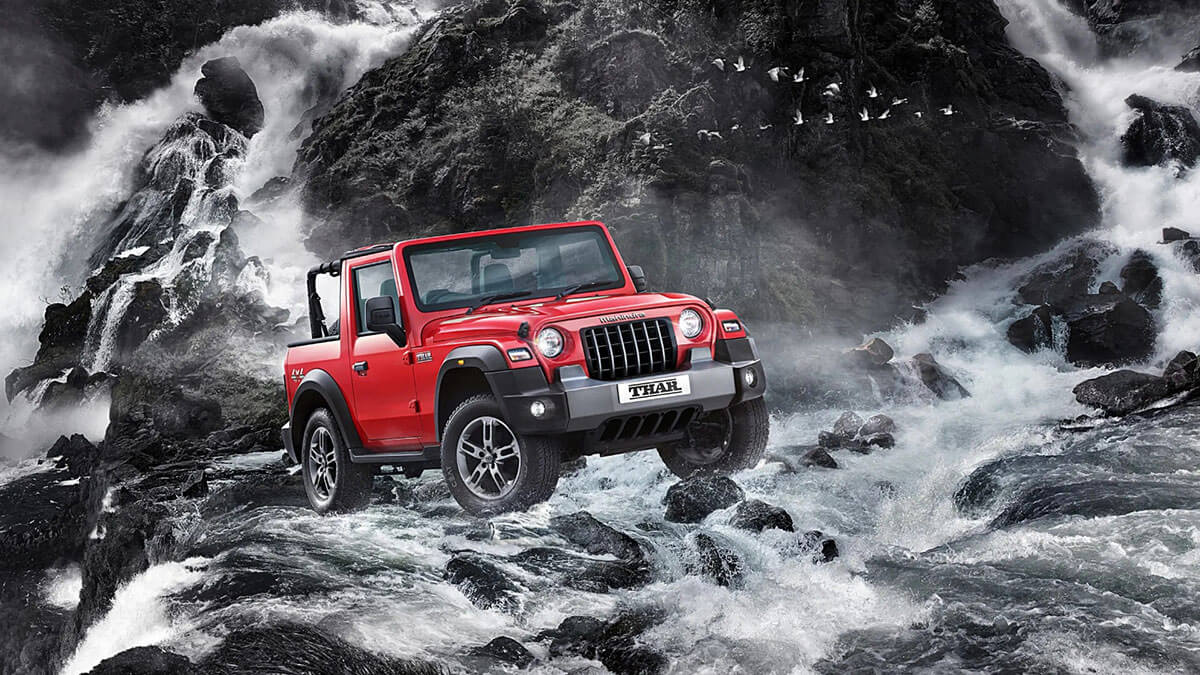 The next-gen Thar traces its roots all the way back to the CJ3A that emerged in 1949. Over the years, the baton was passed on to the CJ3B, then the MM540, the Classic, Major, and Legend, before the Thar arrived on the scene in 2010.  The 2020 Mahindra Thar is built on a new ladder-frame chassis and also has an all-new suspension. There will be six colors to choose from – Red Rage, Mystic Copper, Napoli Black, Aquamarine, Galaxy Grey, and Rocky Beige.

Inside, the next-gen Thar has finally, adequately leaped a generation ahead and finally brings all the basic modern features. You get a multi-function steering wheel, a 7.0-inch touchscreen infotainment system with Apple CarPlay and Android Auto compatibility, roof-mounted speakers, a color multi-info display for the instrument cluster, a reverse camera, electric window switches, cup holders, air vents with carbon fiber-like surrounds below which sit the AC controls, cruise control, and power-folding mirrors. 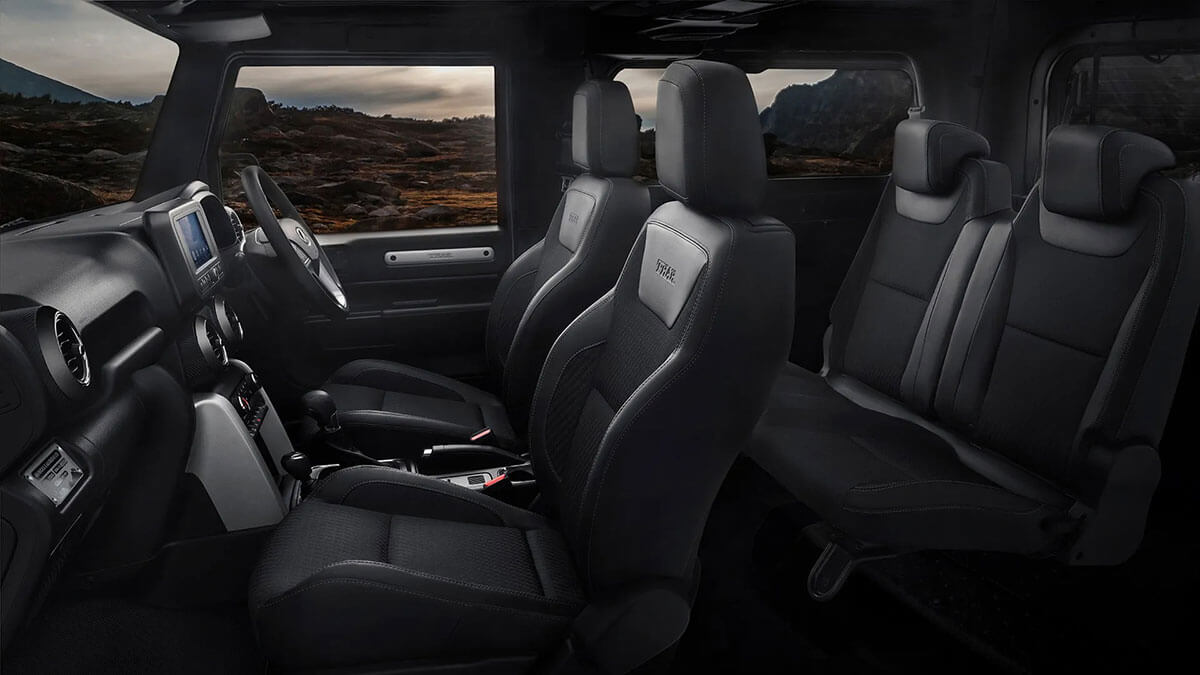 There’s a forward-facing rear bench seat with a 50:50 split-folding function, and the new Thar is also available with a soft-top as well as a factory-fitted hardtop. Standard safety kit will include dual airbags, ABS with EBD, Isofix child seat mounts, hill-start, and descent assist, ESP with roll-over mitigation, and three-point seatbelts for four passengers. You get two gear lever, one for the drive, and the other to engage the 4WD system. 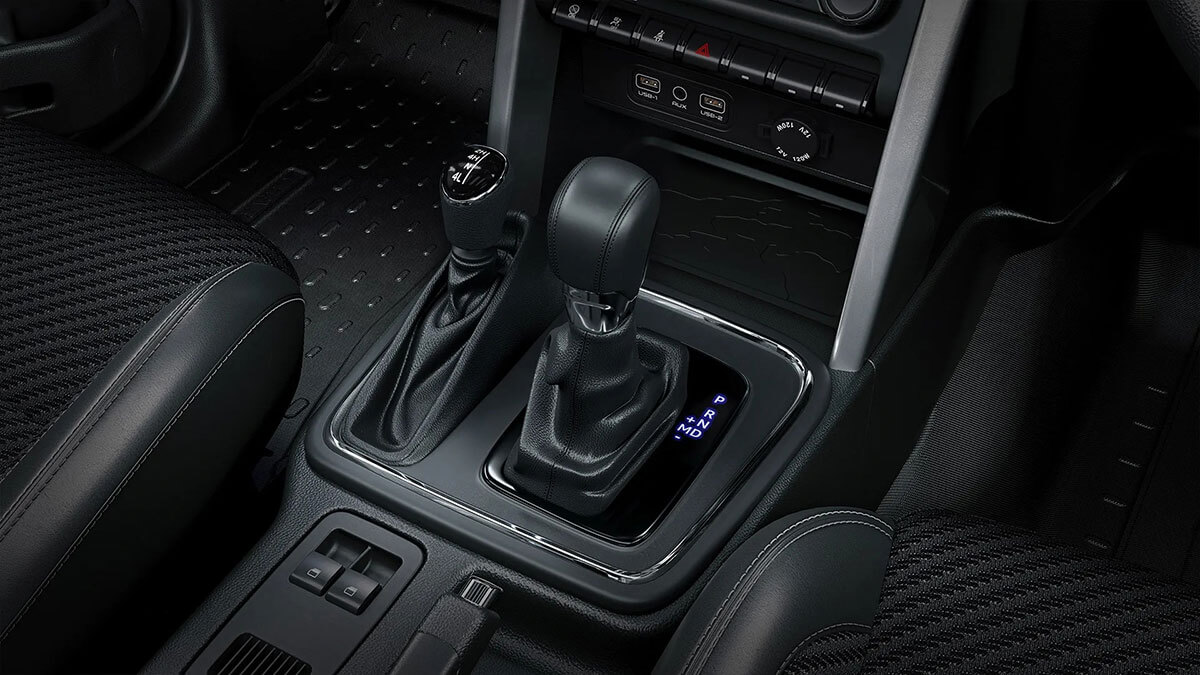 The Thar debuts a new 152hp/320Nm, 2.0-litre mStallion petrol engine that gets a 6-speed manual as standard and also the option of a 6-speed automatic. The new Thar’s diesel engine is a 132hp/300Nm, 2.2-litre mHawk unit, which will be available with a 6-speed manual gearbox as well an Aisin-sourced 6-speed torque converter automatic. The new Thar will certainly bring the off-roading prowess associated with the Thar name and with that bring a whole host of much-needed changes required by the modern automotive world. 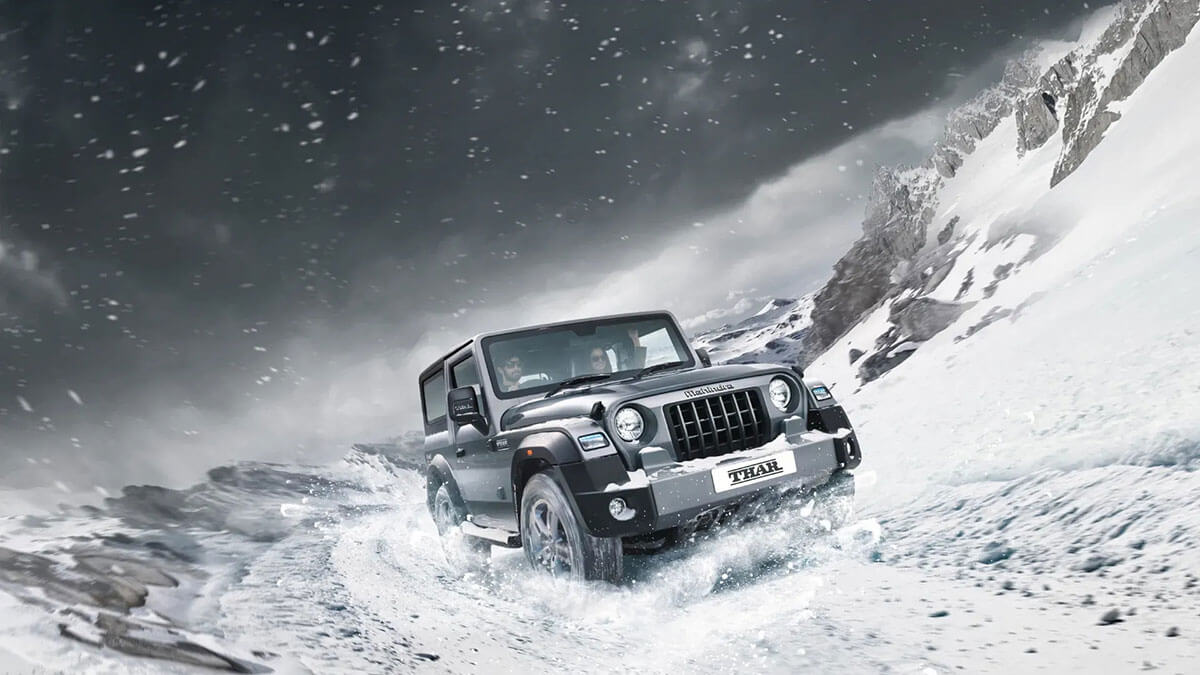 A four-wheel-drive system will be on offer with both, the petrol and the diesel versions. A manual shift transfer case will also be standard across all variants. Mahindra claims a ground clearance of 226mm, a water-wading depth of 650mm, and approach, ramp-over and departure angles of 42 degrees, 27 degrees, and 37 degrees, respectively.

There will be two versions of the new Thar that will go on sale – AX and LX. The former gets a fixed soft top, comes with a 6-seat configuration, gets 16-inch white steel wheels, mechanical locking diff, power windows, power steering, a manual HVAC, central locking and rear parking sensors as standard. The 2020 Thar AX will only be available in the diesel-manual and petrol-manual form. 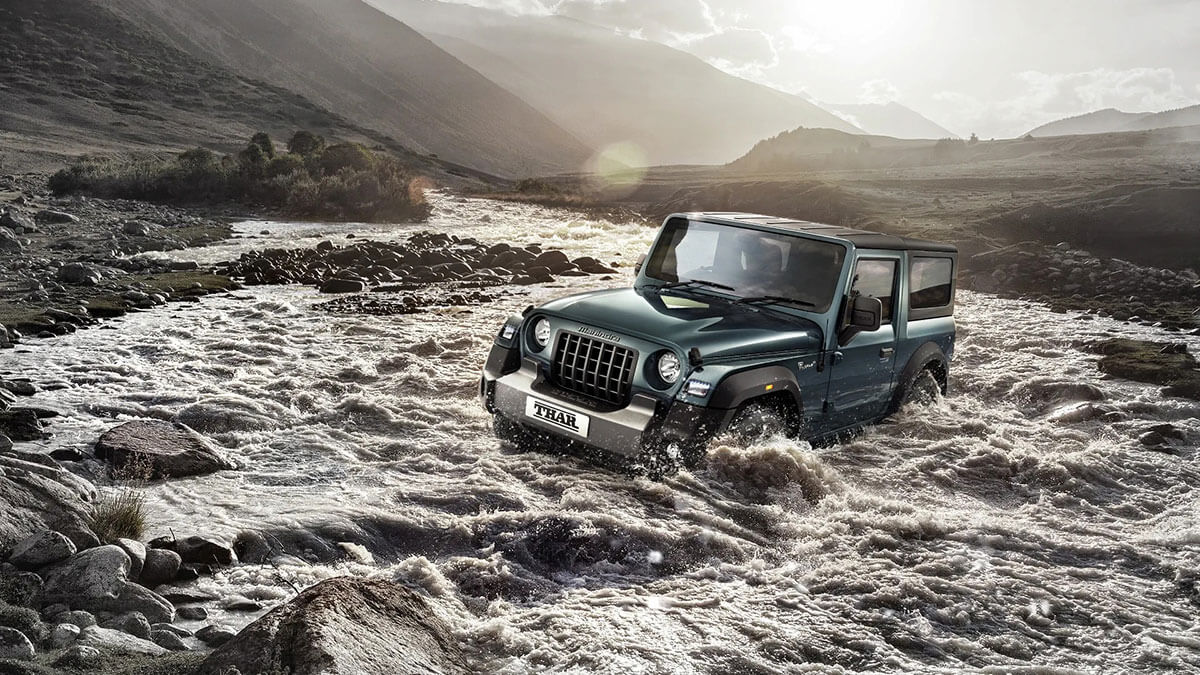 Standard equipment on the Thar LX includes a convertible or hardtop, a 4-seat layout, dual-tone bumpers, 18-inch alloy wheels shod in 255/65 R18 all-terrain tires, LED DRLs and fog lamps, an eight-way adjustable driver’s seat, the 7.0-inch touchscreen infotainment system, a tire pressure monitoring system, auto AC and ESP. This version will come in petrol-auto, diesel-manual, and diesel-automatic form. The new Mahindra Thar will launch on October 2. It will face competition from the new Force Gurkha, which is also expected to arrive in the coming months.