The Mahindra Scorpio Pik-Up is a pickup truck based on the Mahindra Scorpio SUV which is one of the best vehicles made by the company. While the Scorpio SUV is one of the most sought after SUVs in the market from general customers to private companies to government agencies. The question is, can its truck sibling live up to the standard? We took the Scorpio Pik-Up for a drive to find out just that. 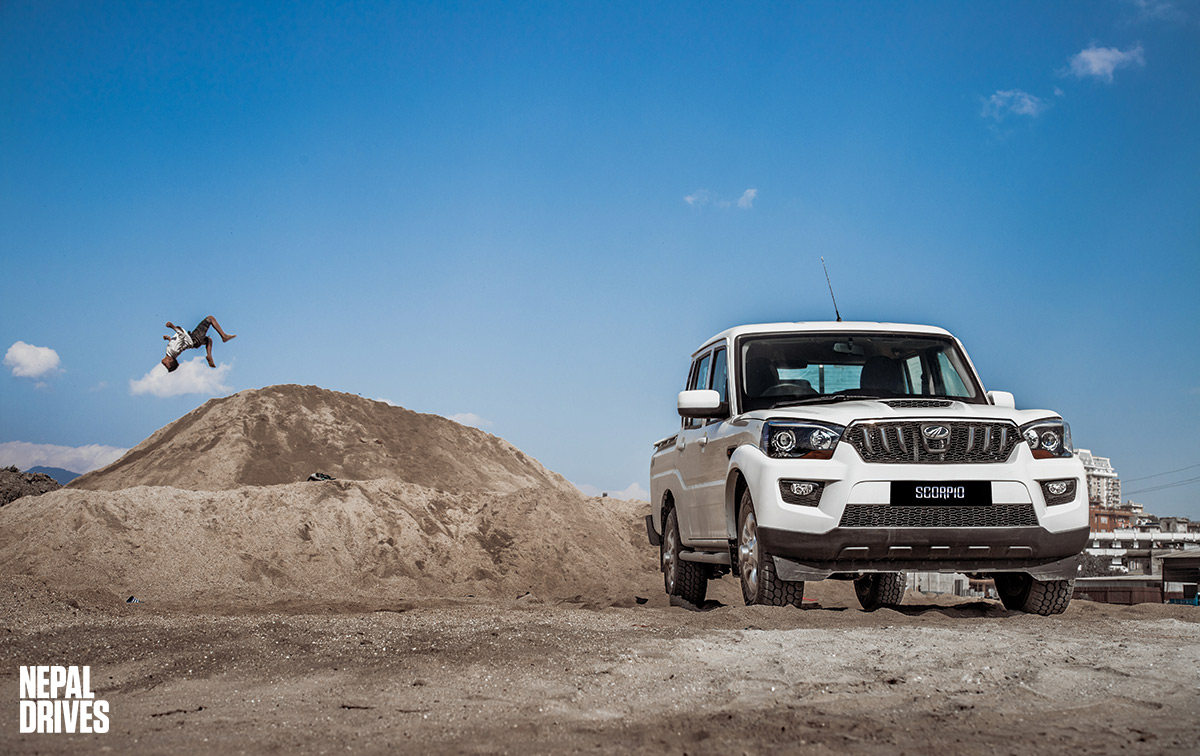 On the front, the Pik-Up looks exactly like the Scorpio SUV in its pre-facelift version.

The heavy boxy front fascia with tooth-like chrome accents on the grille and similar front bumper found on the SUV. The air intake is placed right above the skid plate and over to the side is where you’ll find the front fog lamps, above which are clear lens headlight units on either end with projector lamps to add a modern appeal. 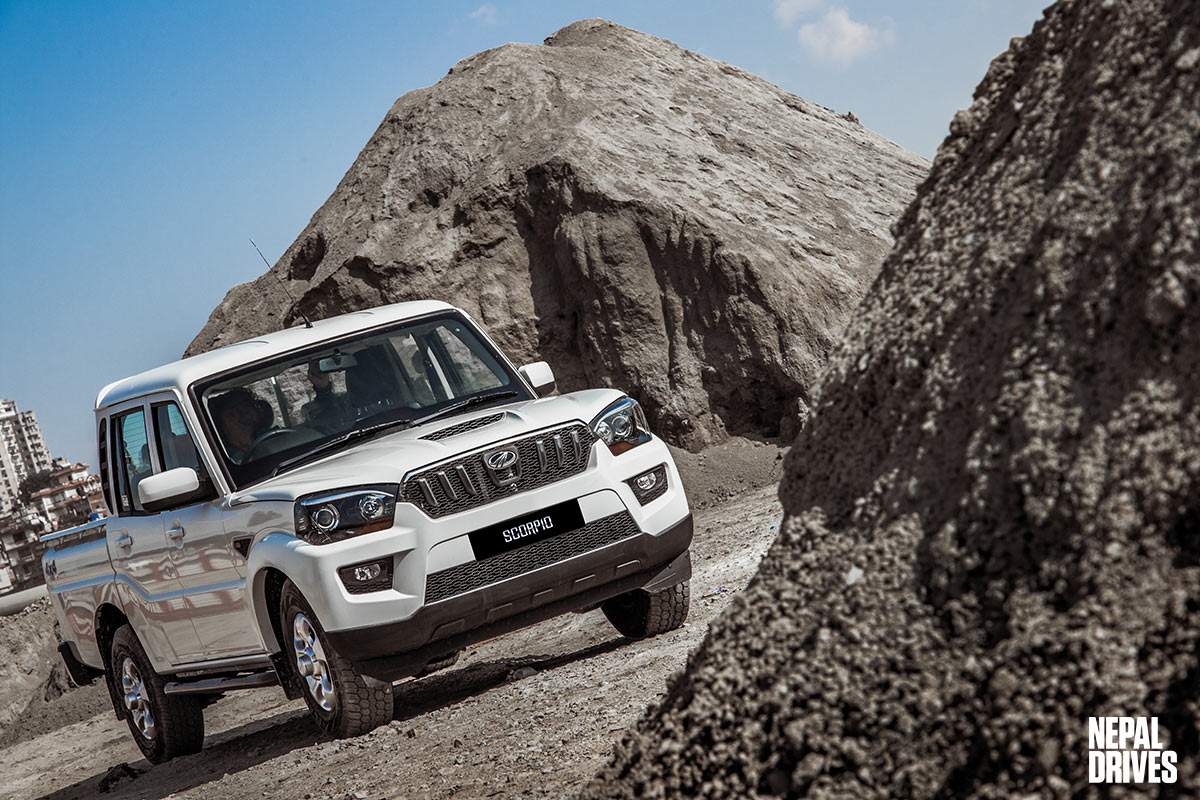 Moving over to the side, this is where you’ll see how the Pik Up differentiates itself from its SUV brother, that massive cargo bed which is spacious enough to move your flat every other week. Completing the look is black side steps on both sides and a blacked out rear bumper. 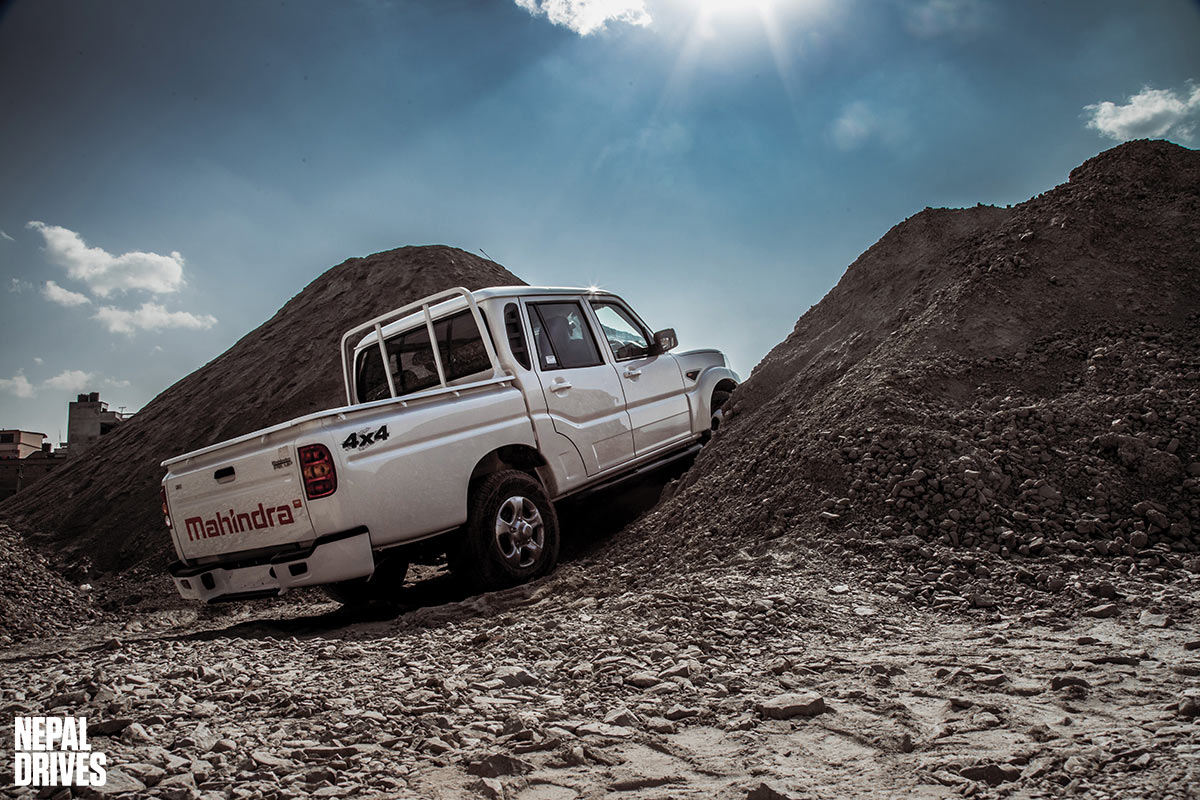 The interior is one place that is really impressive, it’s not a “great” interior but it’s not a “bad” interior either. But here’s the point, for a pickup truck, at this price point… the interior is surprisingly good. You get an all-black treatment inside the cabin, the dashboard is made from strong plastic which might not feel soft to the touch but will definitely keep up with all the bashing you’ll put this truck through day in and day out.

The seats are comfortable and provide good back and thigh support. The rear seats have loads of knee room and headroom and thanks to the flat floor seating three in the back for long hours of off-roading is no trouble. The Scorpio Pik-Up receives all the creature comforts such a decently powerful air conditioning with rear vents which do a quick job of cooling the cabin. It also gets a touchscreen display that is both smart and intuitive.

Mahindra has not skipped out on safety as you get ABS, dual airbags and central locking. 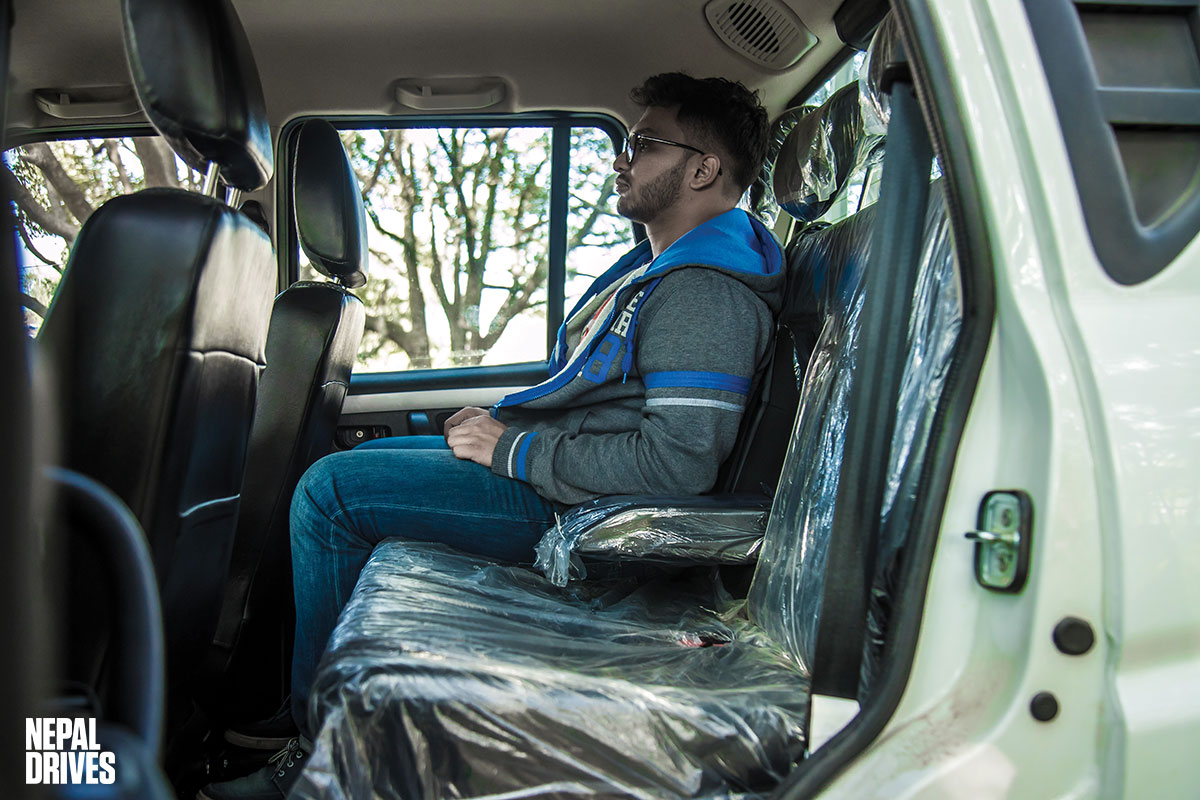 For a pick-up truck, the Scorpio Pik-Up is surprisingly quick off the line as all the torque is rationed at the lower end of the rev band. 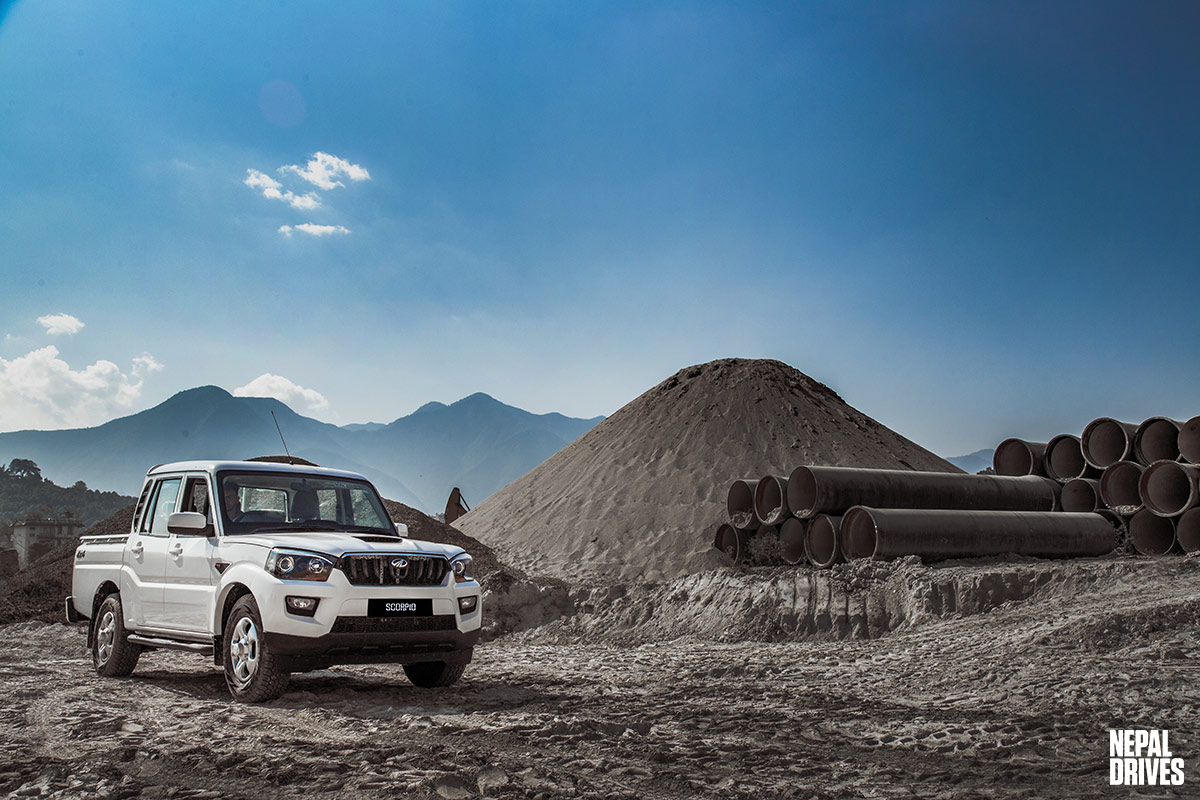 Work the gears smoothly and the Pik-Up will hit triple digits with ease. The steering and the suspension are where this truck scores top marks, the steering wheel is light and accurate and also provides good feedback. That paired with the suspension setup we can say that you will have a wonderful time off-roading without your back screaming for painkillers at the end of the day. 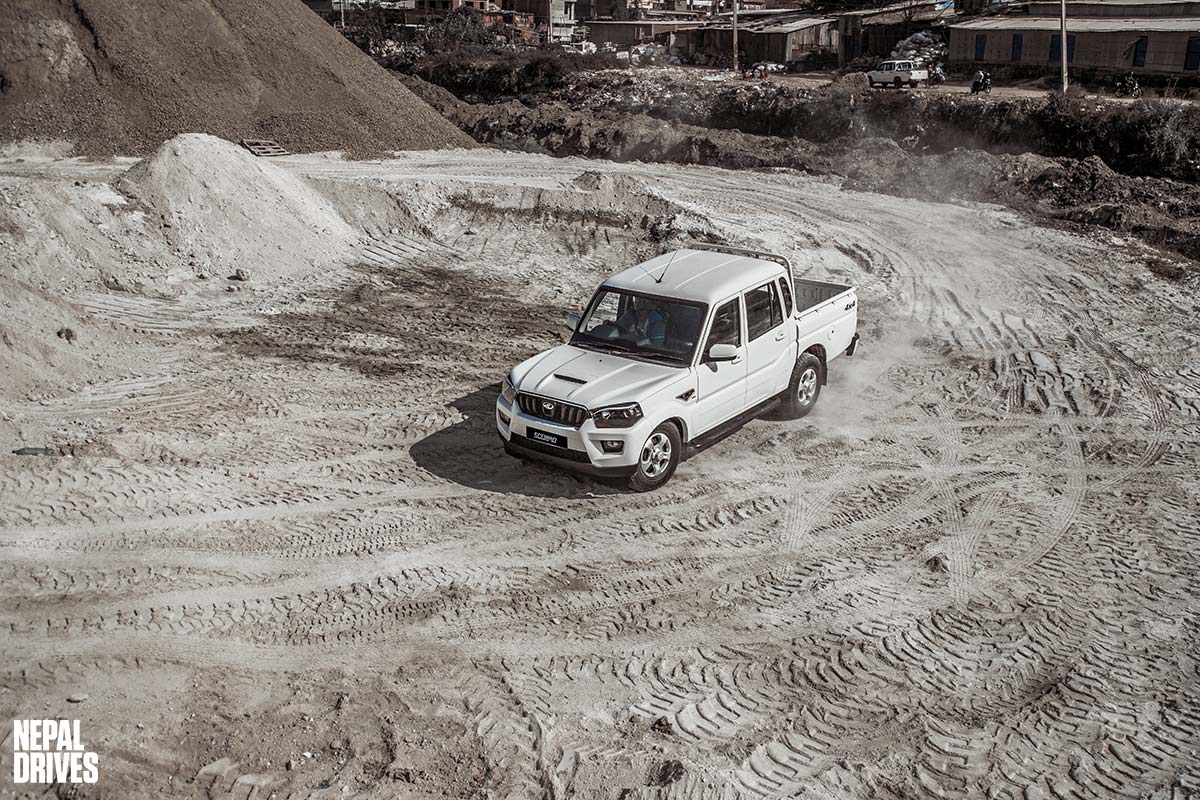 We took some runs offroad to blow up a little dust for an epic picture, which involved some fast driving across an uneven track and the Pik-Up mauled through it again and again. The best part is, you don’t have to brace for an impact every time you are closing in on a bump in the road. 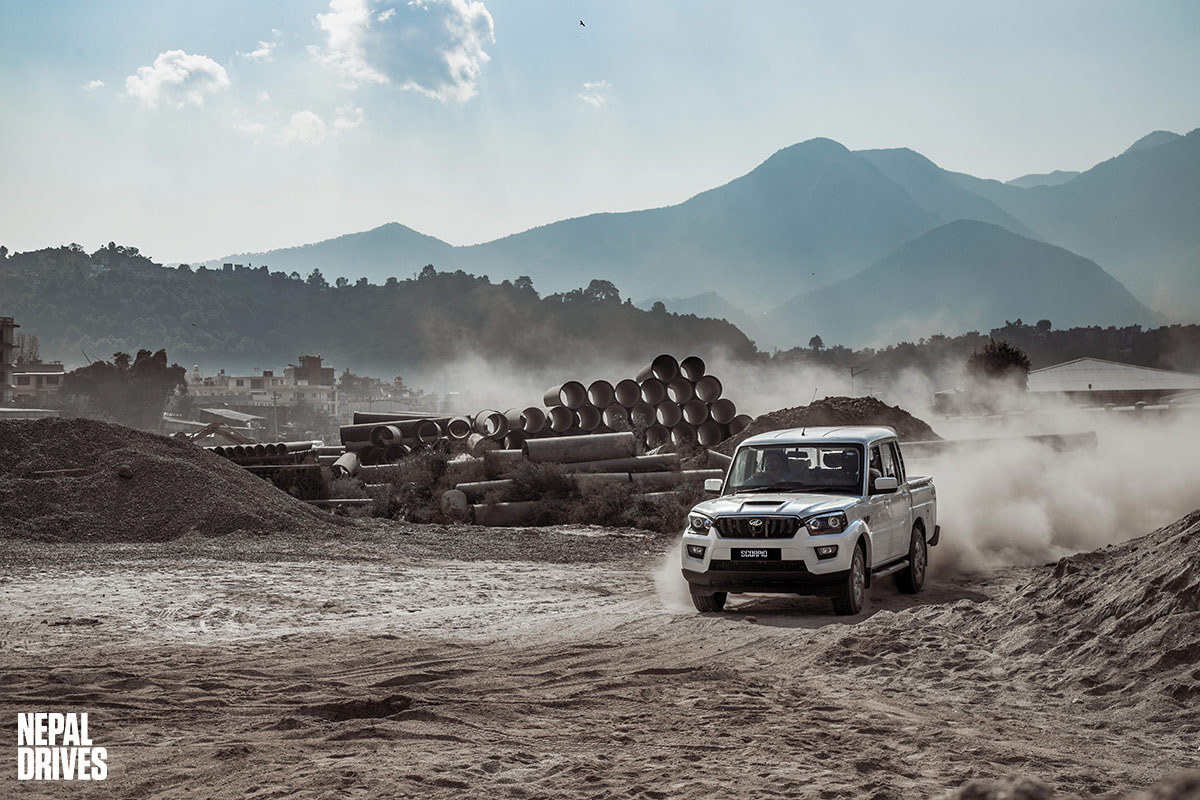 The shocks are well contained; the cabin is well insulated and properly comfortable. One drawback that this and every other truck has is urban manoeuvrability. Thanks to the massive cargo bed tight turns will test any driver and the thought of parallel parking gives you goosebumps. If you are planning to drive this car within the city, we highly recommend you install an aftermarket reverse camera.

The Scorpio Pik-Up is an all-rounder with only one exception; it is difficult to drive around town like all trucks are. Look past that and you get a vehicle that goes anywhere, has all the comforts you need every day, and at a price of Rs. 37.95 lakhs this pick up is the ultimate steal in this segment. 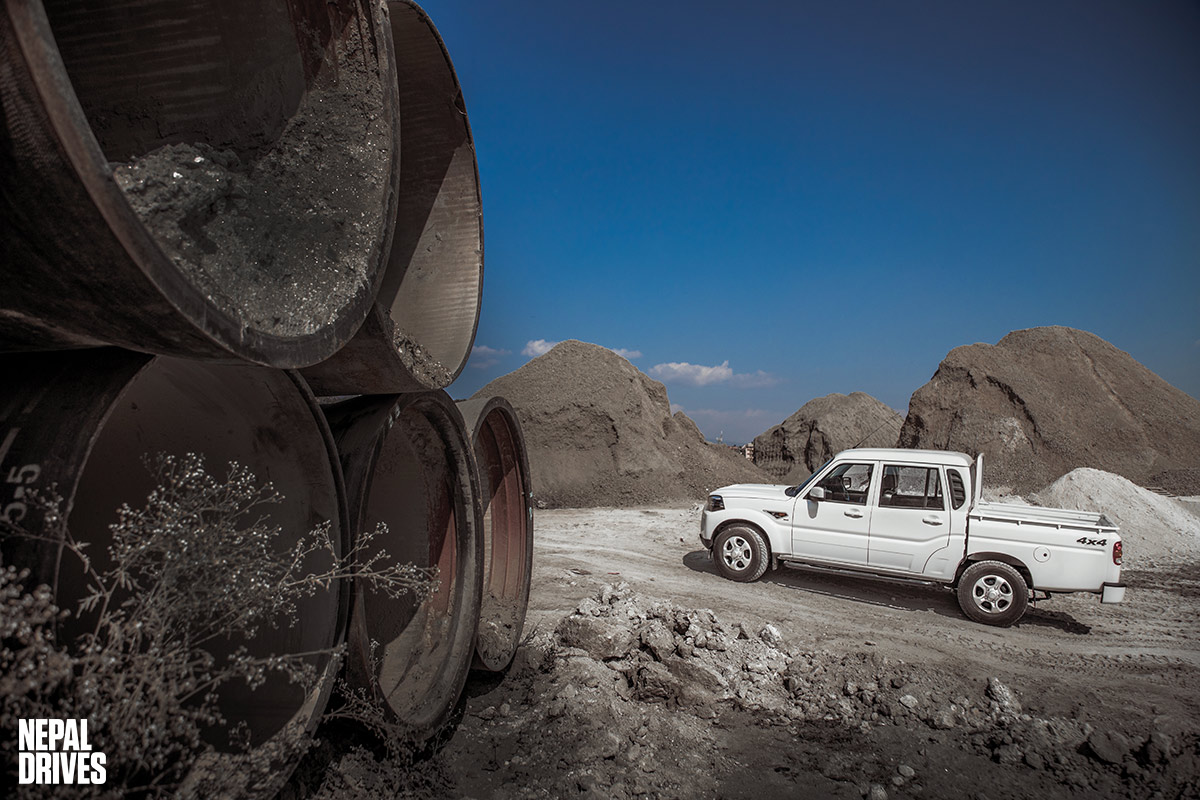