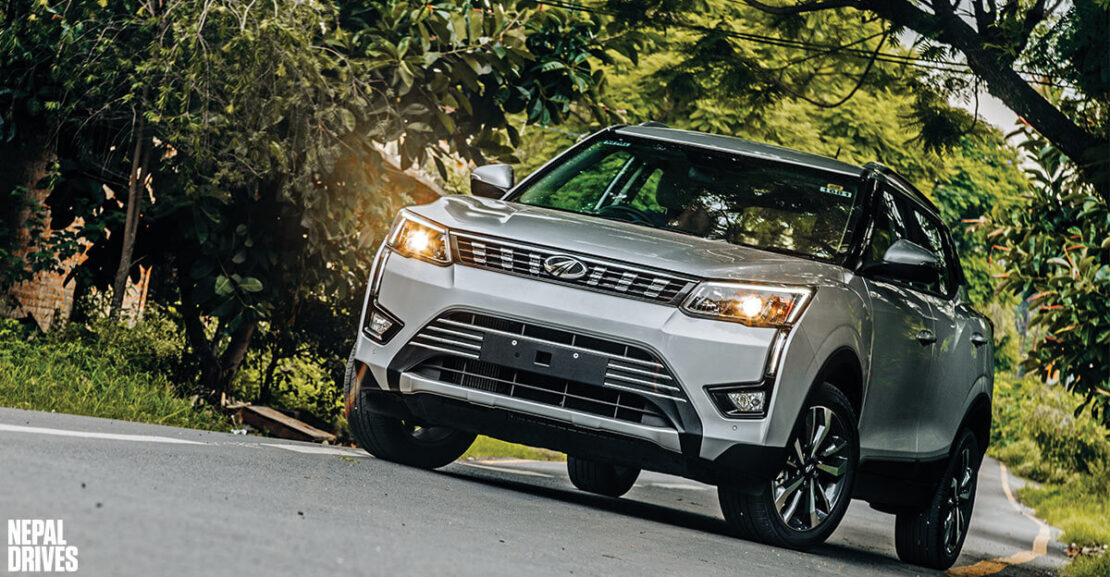 Mahindra has a certain degree of quirkiness to their designs, and they have had both hits and misses from their lineup. We’d say they hit the nail right on the head with the Mahindra XUV 500 and the Scorpio. The Thar has amassed a cult following and even the Scorpio Pik Up looks absolutely amazing. However, there are models like the Mahindra KUV 100 and the Quanto that is difficult to love.

Regardless, Mahindra has always had a certain air of nonconformity to its products. And then there is the new Mahindra XUV 300: Mahindra’s newest representative for the compact SUV segment. Which is why, we have in front of us, the completely non-quirky premium crossover in the form of the XUV 300.

but it still manages to stand out in the crowd because of its good looks. The XUV 300 adopts a conventional design language that looks classy and sporty, but still has a robust feel to it thanks to the boxy design. The car is solidly built with 68% high strength steel in its construction. Thumb down on the door metal and there is very little flex.

Mahindra has had to keep the length of the XUV300 to under 4 meters for the tax savings, but they have not compromised on the profile design on that account. The floating roofline with the blackened pillars improves the dynamism of the vehicle. The larger wheels give it a robust look and the side cladding and roof rails enhance its crossover appearance. Much like the grilles seen on the XUV 500, the XUV 300 gets a piano black grille featuring a large Mahindra badge, a chrome strip on the top and multiple small chrome inserts. Sleek DRLs are integrated into the projector headlight cluster and in a very unique way extend into the bumper merging with the fog lights. Maybe they haven’t lost their quirkiness completely.

The rear haunches are one of our favorite things about how the XUV 300 looks. It adds character to the entire appeal of the compact XUV 300. The rear has a neat little spoiler with integrated LED HMSL (High Mounted Stop Lamp). The taillights are beautifully styled and sit on either side of the well-sculpted tailgate. A large silver skid plate adds a sporty character to the rear.

YOU GET A COUPLE OF VERY IMPORTANT SEGMENT FIRSTS WITH THE XUV300.

The top variant gets a segment-first 7 airbags. It is equipped with all-round disc brakes which come as standard, another segment first. Other segment firsts include heated ORVMs, smart steering system, and front parking sensors. On the inside, you do see that a lot of hard plastic is used, but it is of high quality. The dashboard’s styling is functional. It has a beige & black theme with silver inserts, while piano black has been used on the center fascia (climate control panel) and air-con vents. While the lower part of the dashboard is beige, the carpets and floor mats are black. Ergonomically, the cabin is well laid out and all controls are easy to find and reach.

If you and your passenger usually have trouble with the cabin temperature, you are in luck with the XUV 300 because you get a first in segment dual-zone fully automatic climate control. You also get an option of a sunroof.  On the center console, you get a 17.78cm touchscreen infotainment system (not available on the base variant) equipped with Bluetooth, AUX & USB connectivity, and it is compatible with Apple and Android Auto. It also doubles as a reversing camera display. On the instrument console display, you get all the information you need. A useful one that comes to mind is the tire position display for when you park and to start out. The instrument console (with speedo and odometer) gets multicolor illumination which is great.

Although the functionality is limited, you also get a Blue Sense App with Smartwatch connectivity. The leatherette (artificial leather) seats are comfortable and provide adequate support on the thighs and back. All three passengers get adjustable headrest and three-point seat belts which is cool to have. You can comfortably seat three people in the rear seat, even with taller individuals in the front seats. These rear seats can be split 60:40 for flexible boot space. The boot space, however, is only 257 liters which is the smallest in the segment and the loading lip is also pretty high.

ON THE ROAD, IT IS FUN TO DRIVE.

On our hands, we had the 1.5 Liter diesel variant, one that claims to have the best in segment torque of 300Nm which is produced at 1500-2500rpm. These impressive numbers translate well when you’re driving. The unknowing heavy right foot of an unsuspecting driver will catapult you forwards with surprising menace. The engine properly wakes up at around 2000rpm and you instantly fall in love with it. And because of the strong torque reserve at the bottom end, you will notice that you are not shifting gears too often. 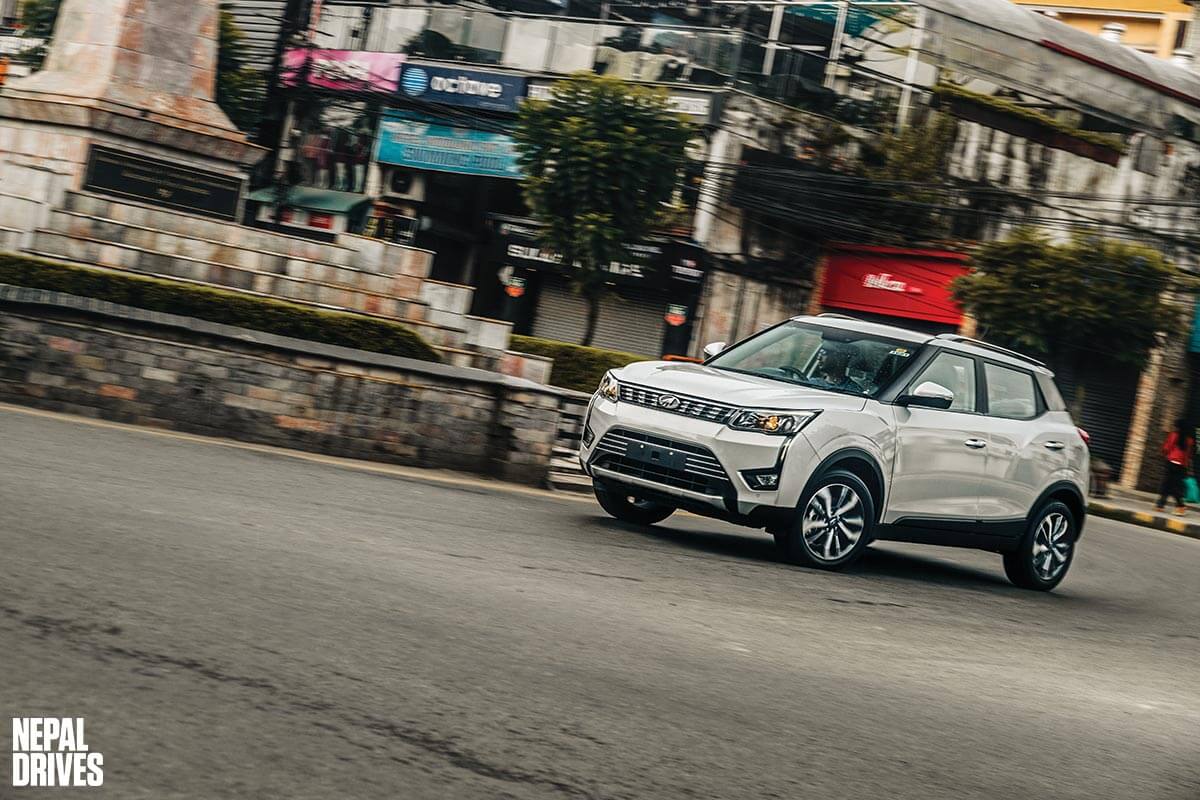 You will also notice that the XUV 300 is geared more towards tarmac driving. Although it isn’t too phased by unexpected road undulations, the suspension is definitely on the firmer side. Luckily, this makes it a peach for driving on pitched roads and on corners. Speaking of corners, the XUV 300 gets the segment-first smart steering system which gives you the option of choosing between Comfort, Normal, and Sport Modes.

Although there isn’t a huge world of differences between the modes, we definitely noticed that the steering firms up and gives better feedback when putting on sport mode. For open stretches and corners, we stuck to the sport mode. In the city, we chose to try out the other two modes, which worked well, but we ultimately went back to sport mode again. With a curb weight of 1,360 kg, the diesel has a power-to-weight ratio of 85 BHP/ton, is also class-leading and the power is handled well by the XUV 300. 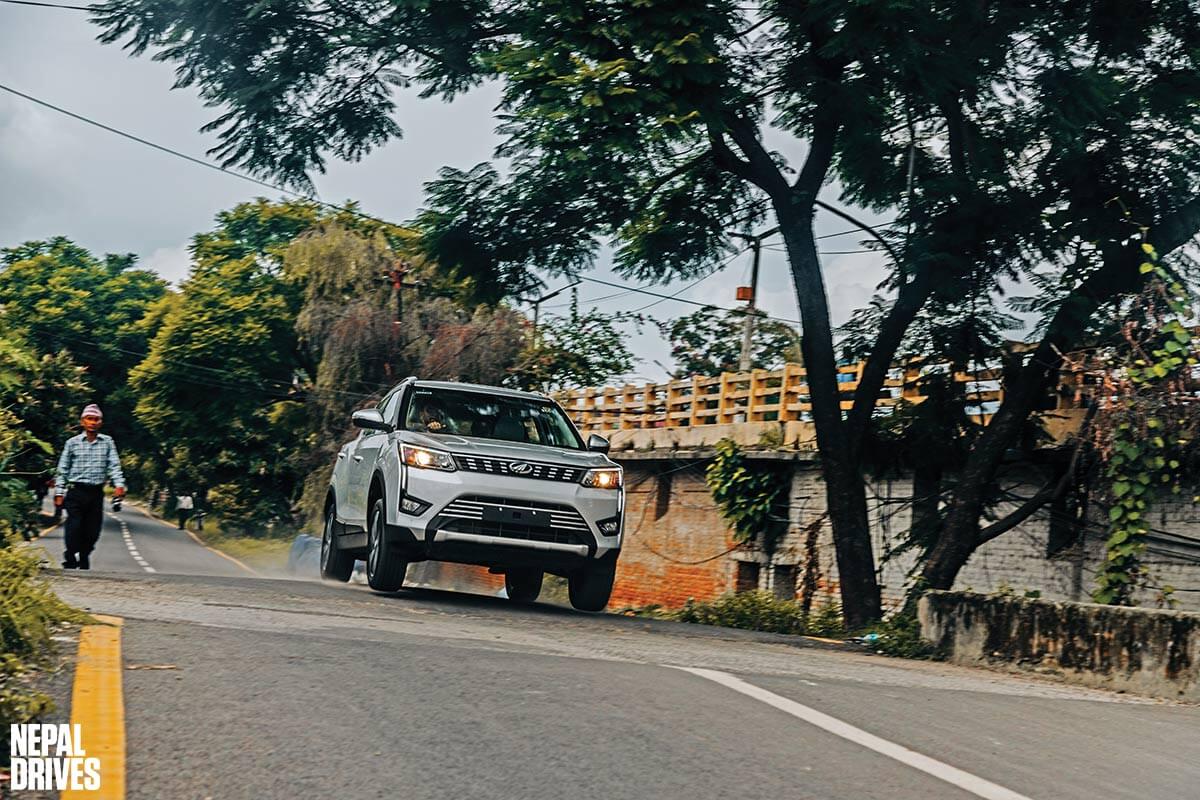 Till date, all offerings from Mahindra in this segment have been old-school SUVs with body-on-frame constructions. This worked against them because most urban buyers today prefer more modern monocoque-based crossovers. The XUV300 is the first with a monocoque construction which makes it more car-like to drive.

is a great car. Although it appears to be a Ssangyong Tivoli with its rear end chopped to squeeze into the 4-meter mark, the Mahindra XUV 300 is a completely new car. It uses Mahindra’s own engine and suspension, and all the body panels are new as well. The performance is tremendously satisfying, and it makes up for the fact that it likes sticking to the tarmac. 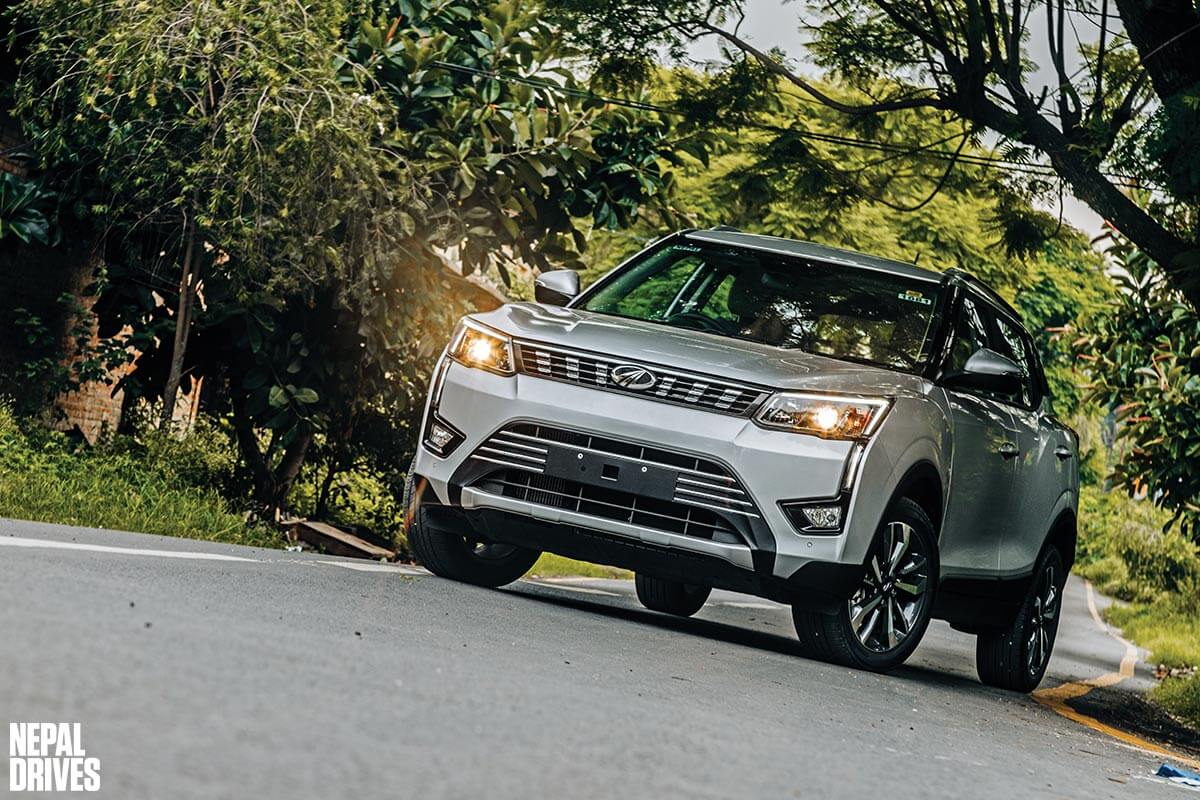 Furthermore, since Mahindra already have the TUV 300 for more rugged driving, it seems the XUV 300 has purposefully remained lenient to smoother driving.  The little sibling to the XUV 500 does have one factor that will make buyers think twice: the price. Maybe it’s because of the driving fun it offers, or the long list of segment firsts offered; Mahindra has decidedly made the XUV 300 a premium offer.