SUVs are all the rage these days, and it’s the smaller ones that are the most popular thanks to their blend of practicality and affordability. Which is exactly why the small SUV segment in the market today is the most competitive it has ever been. Now MG wants a piece of the action.

The British brand – Morris Garages – is now owned by a Chinese mega-company called SAIC Motor Corporation Limited and has entered the ring with a small SUV of their own, the ZS. But at a time where manufacturers are doing everything they can to stand out, MG is blending in. In the short time we spent with the ZS, we came to know just how much of a professional this small SUV is at maintaining a low profile. 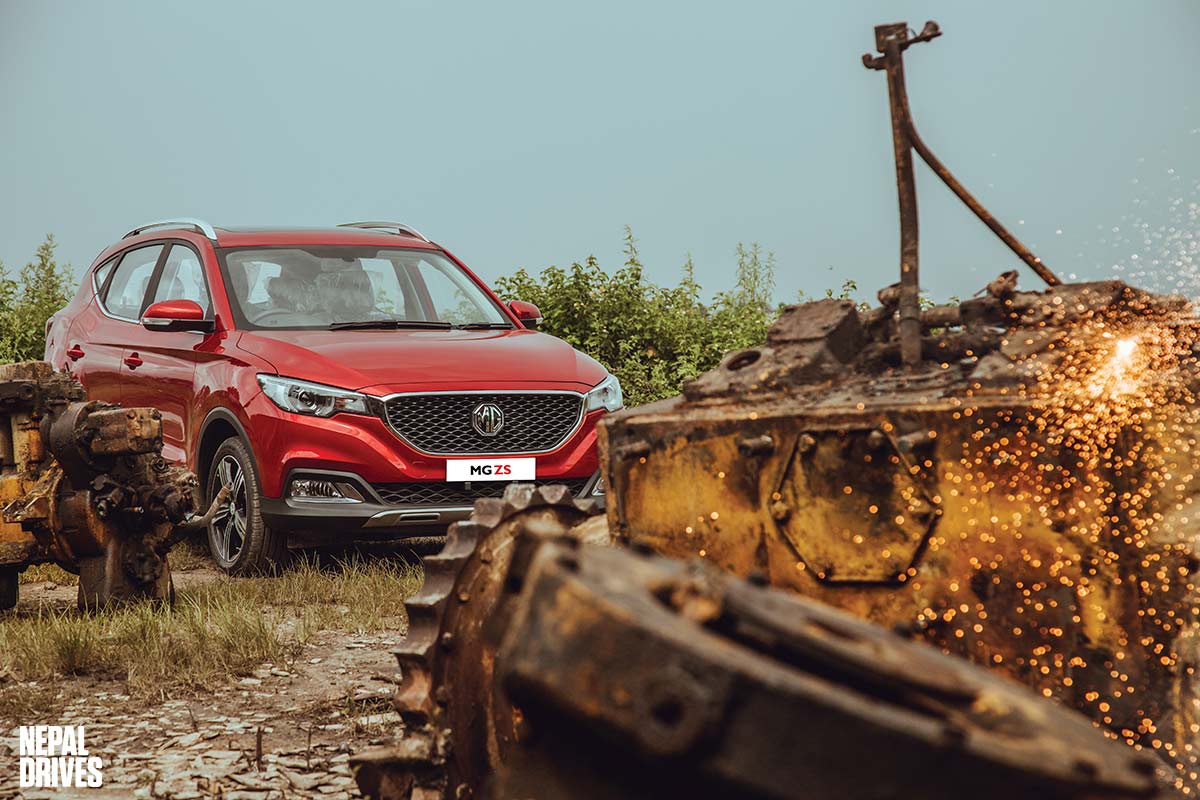 Right off the bat, the ZS looks and feels expensive (we’ll get to that later). Out on the front of the car, you see elements that have been borrowed from other cars and then tweaked a little, which is by no means a bad thing.

The front grille with the chrome border is similar to what you’d find on a Mazda CX-3 and the huge MG logo is very VW. The headlights with their sharp DRLs is similar to a Mazda CX-5, we don’t mind that it is similar because it is all beautiful.

Over to the side, a strong singular line cuts under the window and meets the curve at C-pillar making the car look sleek. The large windows impersonate a full-size SUV. While the roof rails and plastic claddings further emphasize the SUV nature. All this sits on gorgeous 17- inch alloys which are one of the best in the segments. 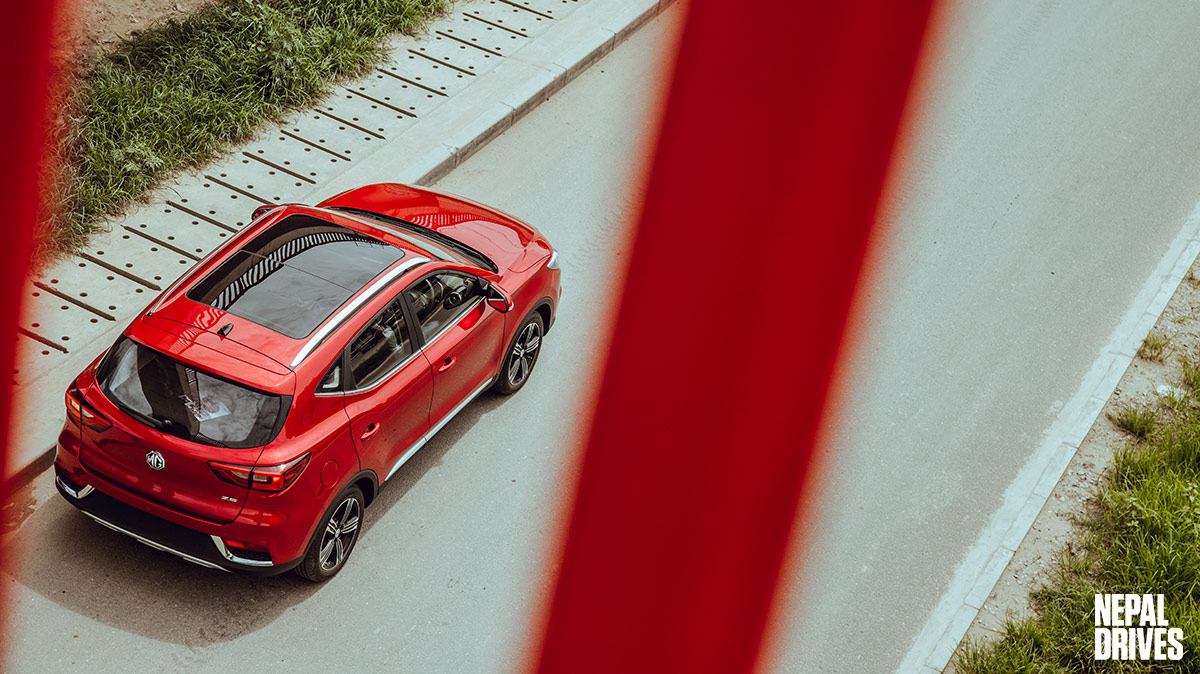 The interior is ZS’ trump card. The moment you step in, the cabin feels light and airy, all thanks to the huge panoramic sunroof and large windows, visibility outside is great from anywhere you sit.

And speaking of sitting, the seats are very well bolstered and provide good cushioning to the back and the thighs which will make long journeys much more comfortable. On to the dash, there are soft-touch materials on the top half of the dash which feels premium, the carbon fiber sticker on the console feels a little overdone but it looks good. Oh, and those circular AC vents are so good that you can’t help but reach out and touch it from time to time for no reason at all. 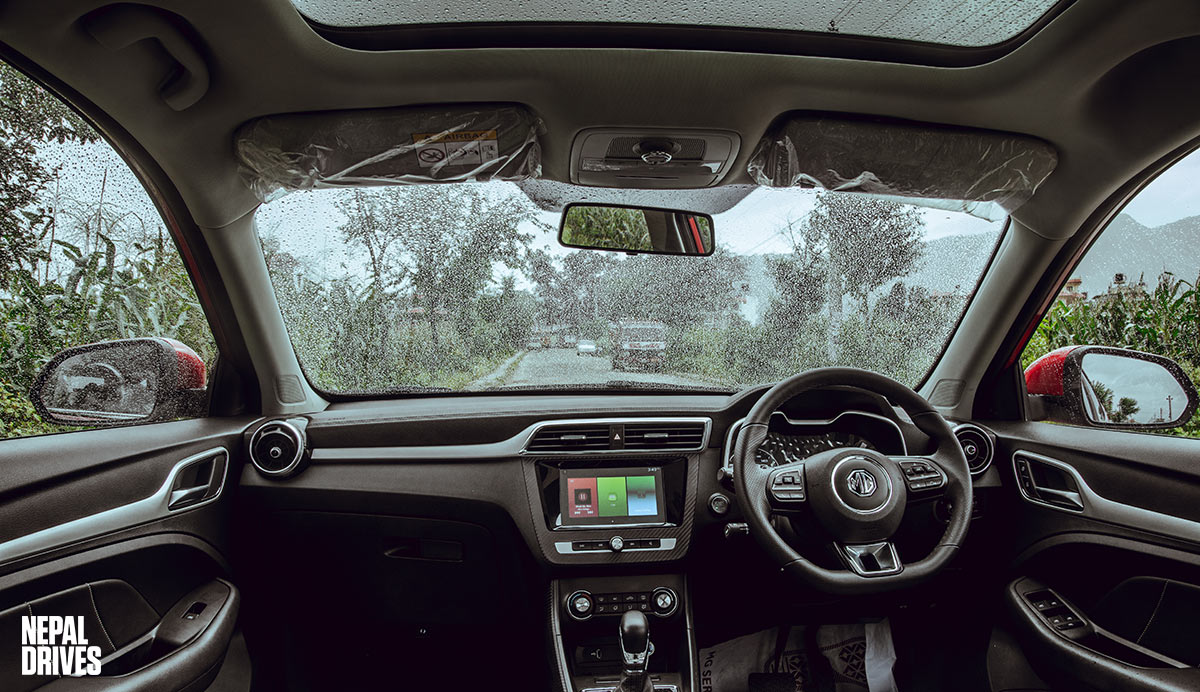 The infotainment system comes with all the bells and whistles you expect and is clear and responsive. The gear lever and steering wheel get leather treatment which makes them feel luxurious. The engine noise is non-existent; it’s so quiet, we stopped for taking photos and 10 minutes later realized the engine was still running, we’re not kidding. If for some reason you need a car that can make a silent getaway, it’s this. 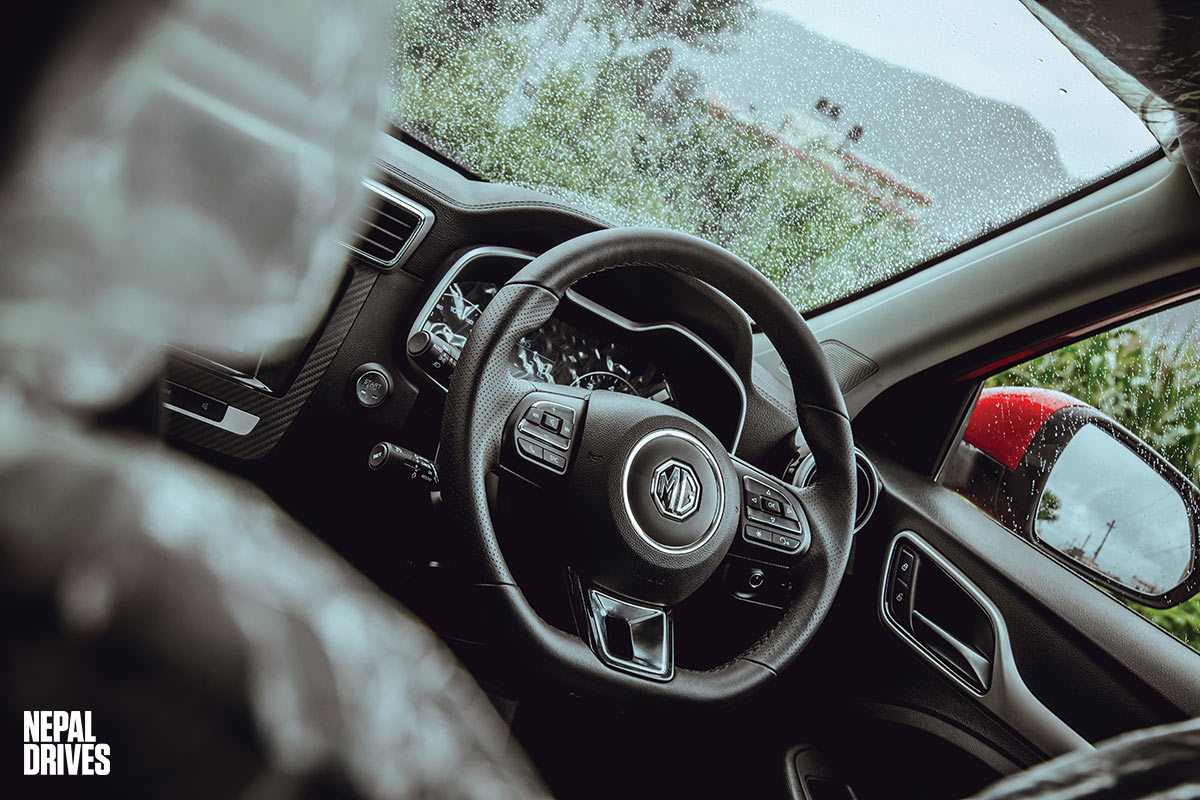 While the engine may be quiet, the car doesn’t handle sound insulation that well. Road noise and wind noise floods into the cabin once you’re hitting speeds over 80kph which is a bummer. Apart from this, you get 4 airbags and all the safety features you will ever need, and also the 4-star ANCAP safety rating gives a feeling of assurance behind the wheel.

The ZS comes in two oil burners, there’s a 1.5 liter naturally aspirated petrol that makes 105 horses and a 1-liter turbo petrol that makes 110. We drove the latter. Since the ZS is mainly geared towards the city, urban driving comes smooth, quick power delivery and a light steering makes nipping through traffic a breeze.

Momentum is the name of the game while driving uphill; however, if you come to a halt on an incline, you will see the ZS struggle to come away from a dead stop until the turbo kicks in, which is a good 3 4 seconds. Three steering modes are available: Urban, Normal and Dynamic.

Urban is light and will serve you best during rush hour traffic. Dynamic is nicely weighted and will work best when you go far out of the city. Normal is the good balance between the two modes. Body roll is well contained and the car handles all the uneven patches, bumps and potholes with ease.

You will never go down the road and say “that’s a ZS” like how you’d notice it’s rivals, the likes of Hyundai Creta, Renault Duster and the Ford Ecosport. And, to be honest, that’s the beauty of it, the ZS maintains a low profile and blends into the traffic easily. And when you do notice it you would expect this to wear a heavy price tag. But, that’s not the case. After spending all day with the ZS, we haven’t even talked about its best part yet. The aggressive pricing. 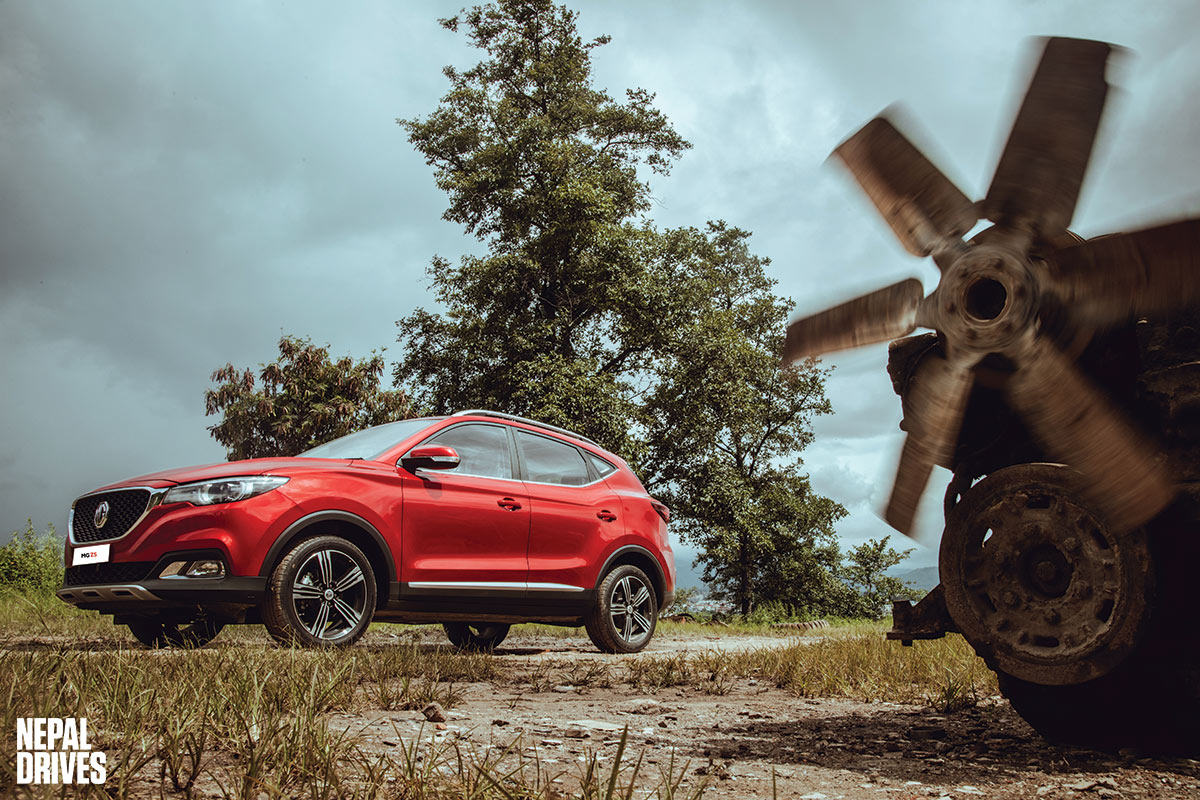 In a country where consumers are paying close to 300% for their vehicles, the ZS, is priced at NRs. 55.90 Lakhs. Which quite frankly is one of the best deals we’ve ever come across.