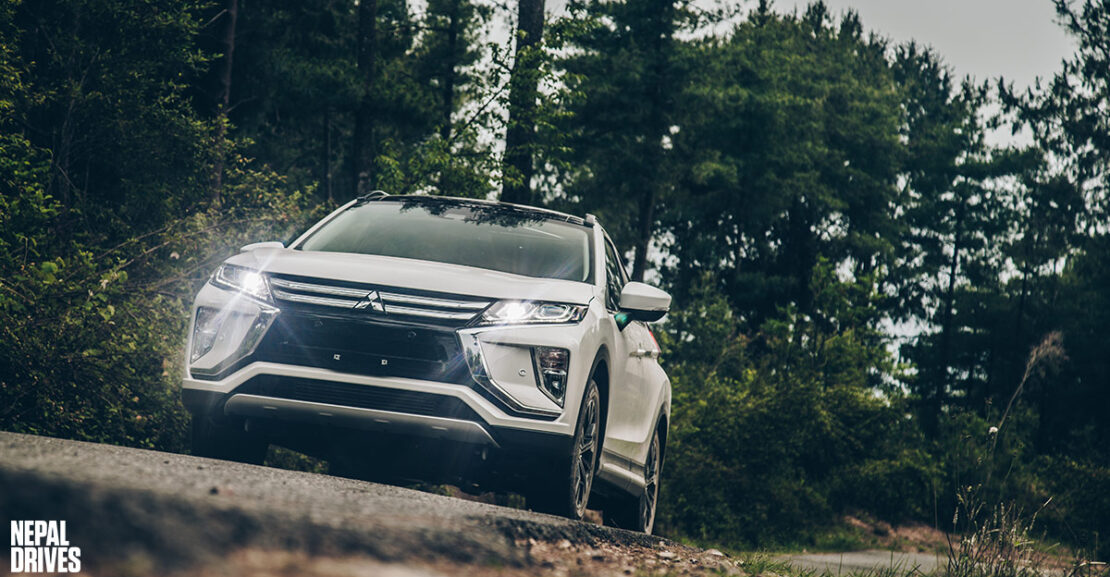 IF YOU ARE A CAR NERD, THE WORD “ECLIPSE” WILL…

Take you back to 2001 to “The Fast and The Furious”. The first movie in the legendary franchise had Brain O’Conner, played by the late Paul Walker, going undercover in a tricked out Mitsubishi Eclipse hoping to find a lead on the heist crew… (Seriously, if you haven’t watched this movie, you are missing out). The movie at that time went on to make $200 million worldwide. What the movie left was a worldwide phenomenon of acquiring import tuner cars and modifying it till your heart’s content (import being the cars imported to the USA from Japan) and the most prominent cars leading this movement were Toyota Supra, Nissan Skyline GTR R34/32, Mazda RX-7, Mitsubishi Evo and Mitsubishi Eclipse. And if the Toyota Supra came out as the most popular tuner car, the Mitsubishi Eclipse established itself as the most underrated tuner car of all time, a dark horse in the Japanese tuner car scene which still stands today.

The Mitsubishi Eclipse was born in 1989 calendar year, the car was revised, updated and overhauled through four generations. With a total production of just over 900,000 units, the last Eclipse to roll off the assembly line was built on August 16, 2011, painted Kalapana Black, its color was chosen by members of the Mitsubishi’s Facebook community, who picked from a historical Eclipse color palette. The car was auctioned off by Mecum Auctions in St. Charles, Illinois on 17 September 2012, for $35,000. Proceeds went to the Japanese Red Cross to aid victims of the 2011 Tōhoku earthquake and tsunami… and that was that. Then, when Mitsubishi announced a new Eclipse back in 2017, it created a huge uproar in the car community; but, alas, it wasn’t a two-door sports coupe, it was a crossover SUV and well… here we are. 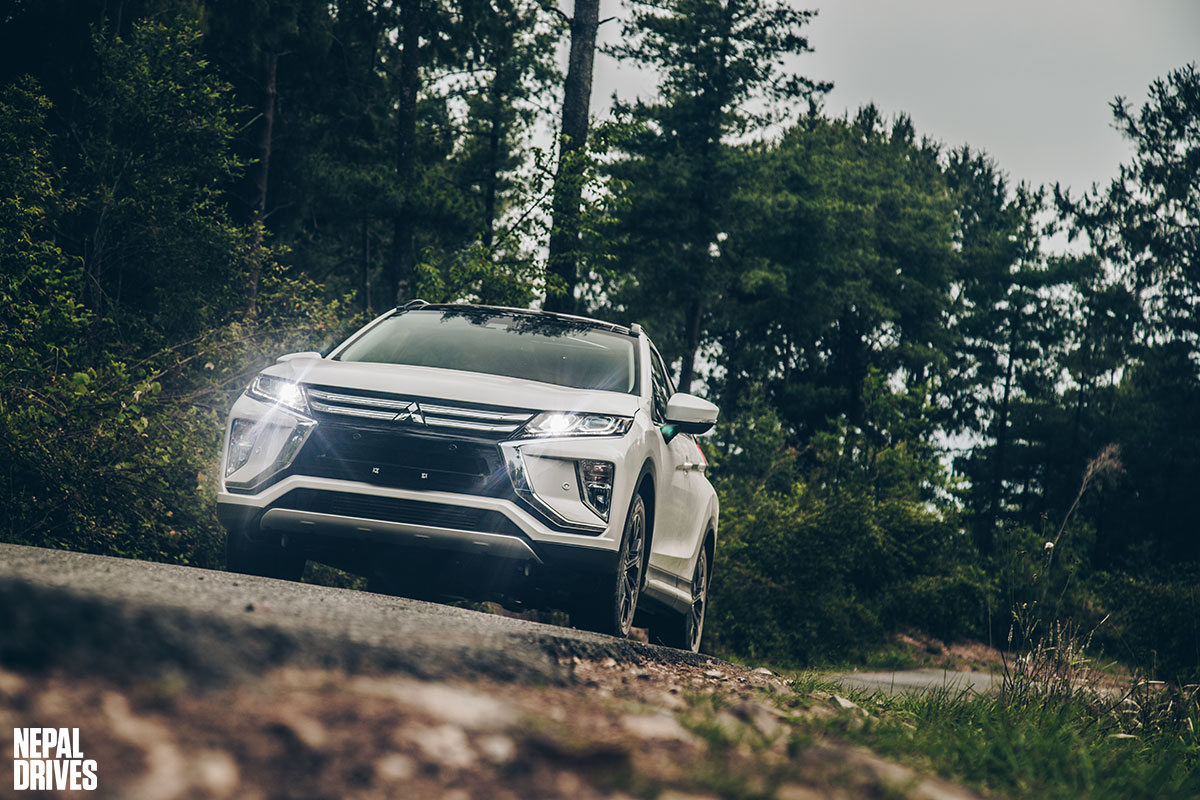 The Mitsubishi Eclipse Cross, bearing only the name of the Eclipse, is a completely different vehicle compared to its former self and we shall treat it like one. With the SUV movement covering the entire world like wildfire, what we are really here to find out is if this Eclipse Cross really is the underrated dark horse in its crossover SUV path and can stand out.

but it does stand out. The front carries over the look from the Outlander and the Pajero Sport with the front dynamic shield bordered by thick angular chrome pieces that start underneath a smart pair of slim LED headlights that angles down and encases a chunky pair of fog lamps. 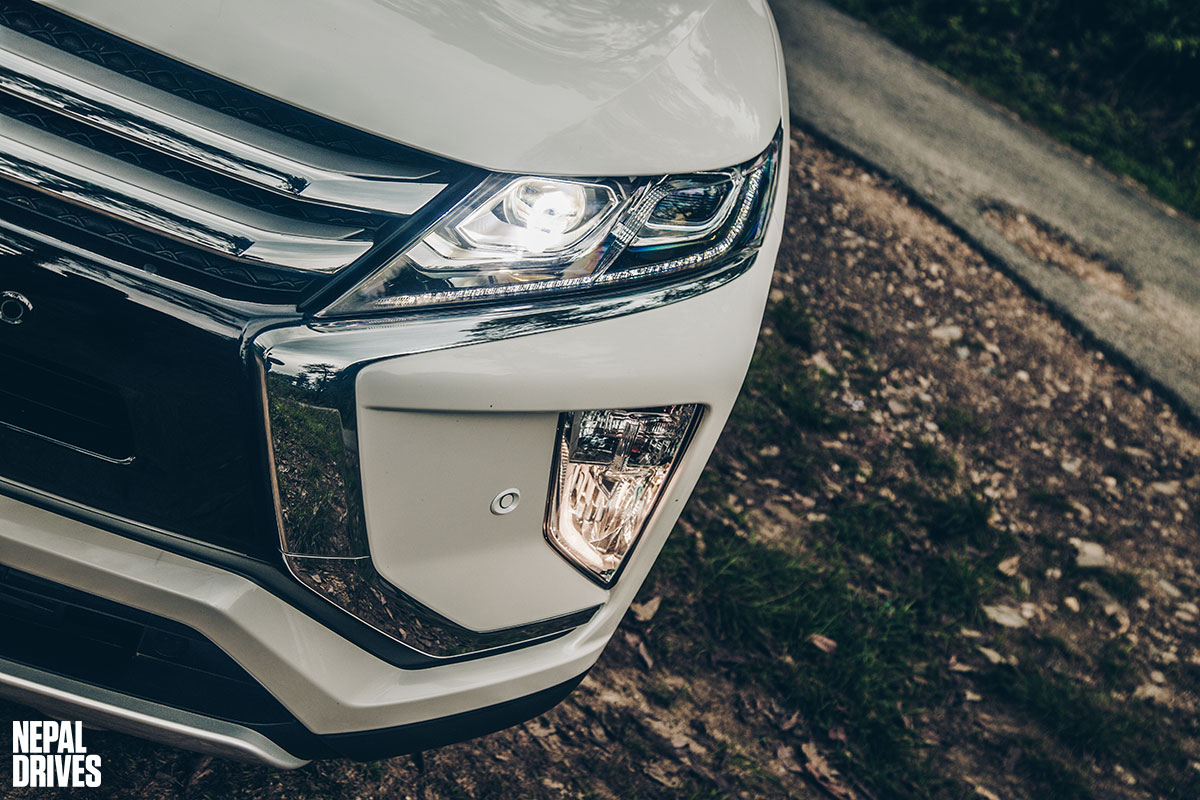 The grille is twin chrome lines shooting across ends with a chrome Mitsubishi logo in the center; while it is not in your face, it is definitely a choice that fits perfectly. The profile of the car looks impressive, as the crossover SUV norms go, the Eclipse Cross features a sloping roof and a window line that heads up as it meets the rear. 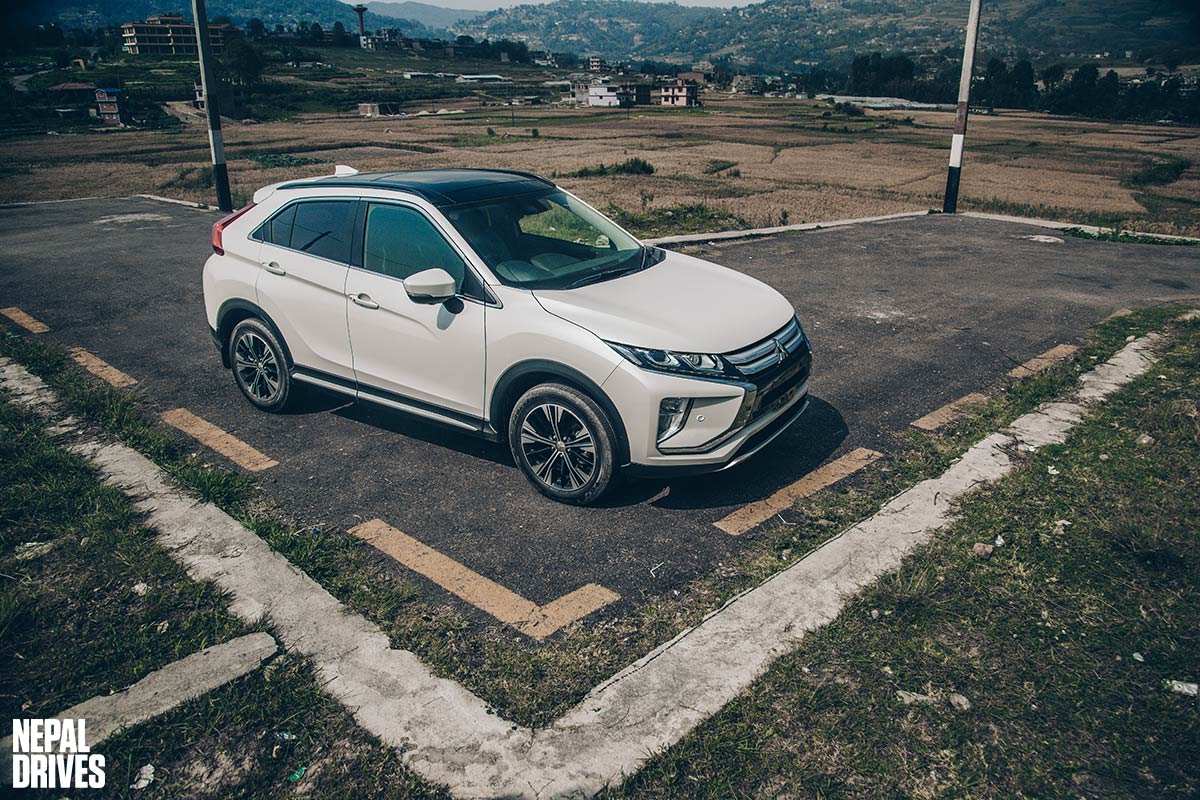 The sporty silhouette is further accentuated by additional muscle in the fenders and large tires with 18-inch alloy wheels that make the car look hip and well-proportioned rather than a bodybuilder who always misses leg days. 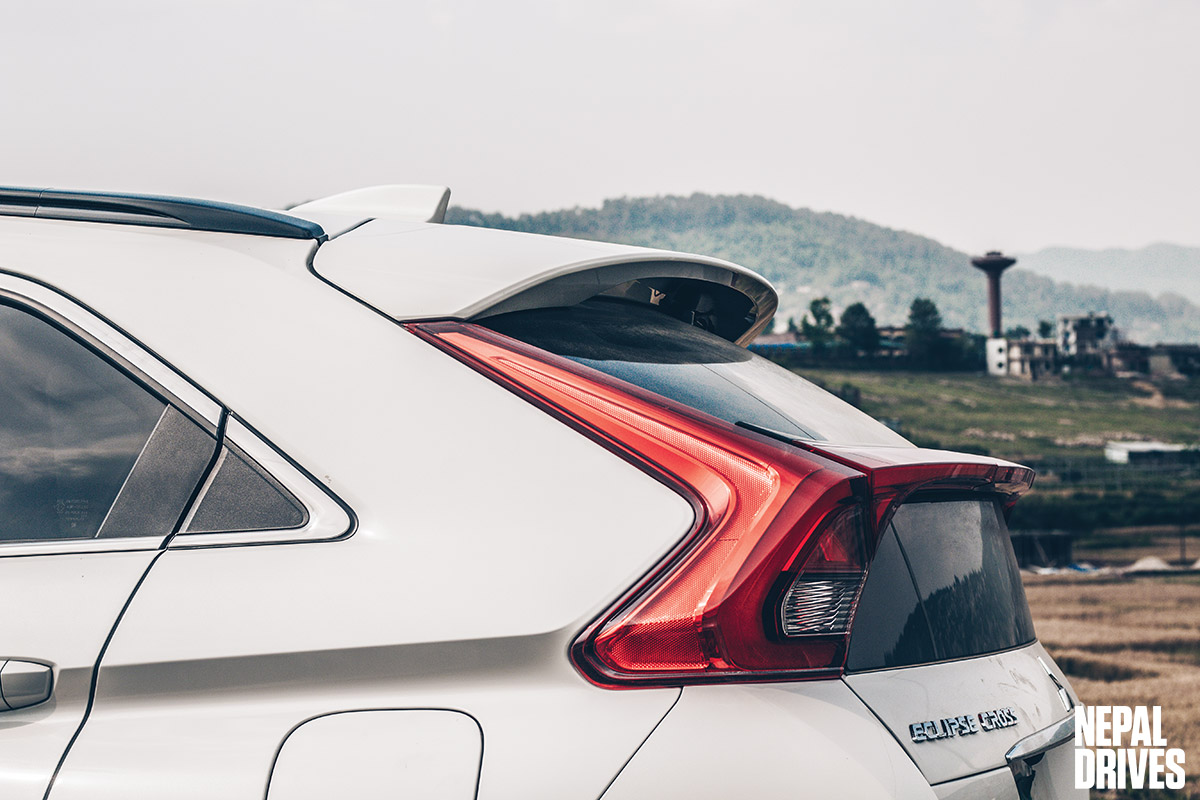 Let us now address the elephant in the room, the rear end. There is no middle ground here, you’ll either love it or hate it, and it’s all a matter of personal preference. We love it. The rear has a unique personality to it. 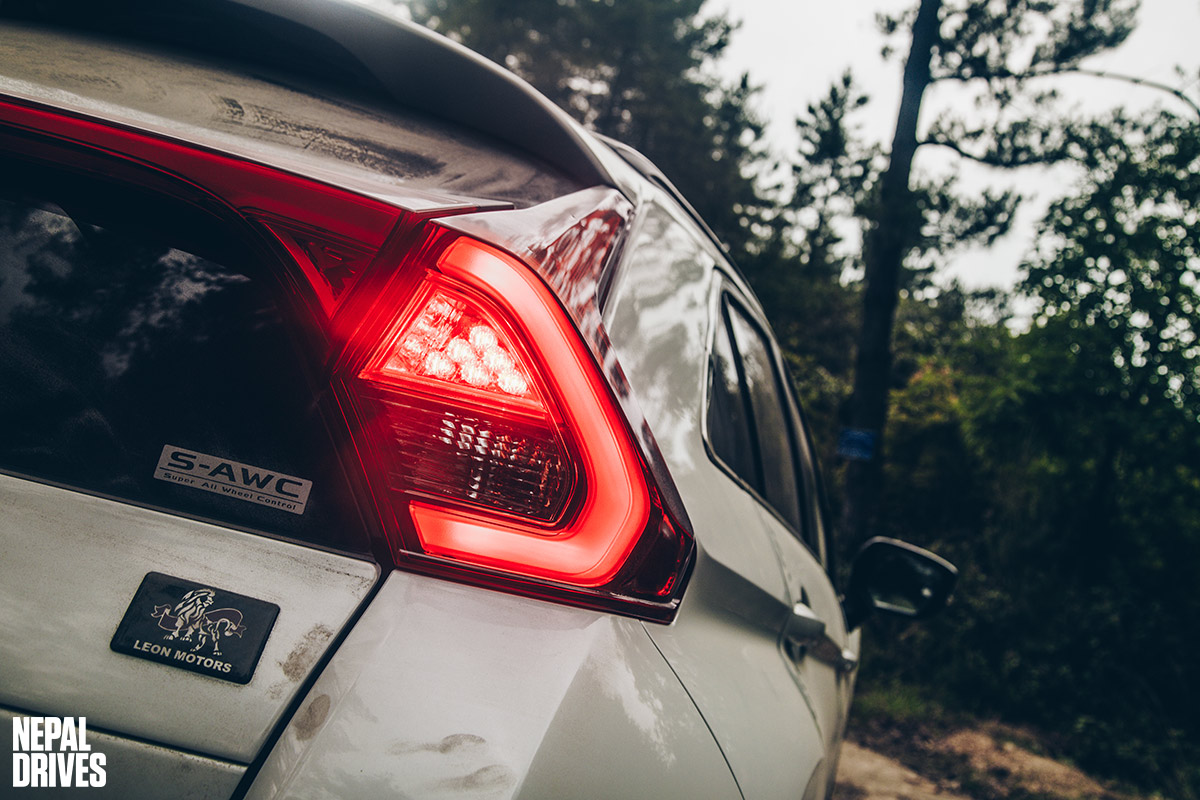 The taillights connect to each other with an LED strip that splits the rear window into two halves, while that split does hamper rear visibility it does look unique and reminds you vaguely of the old Toyota Prius. The rear bumper also takes on the curvy road rather than the sharp approach taken by the front making for a unique package that blends together pretty well.

The interior of the Eclipse Cross is smart and decked out. The cabin receives an all-black treatment with chrome bars running from atop the glove box and ending at the center console mimicking the front end of the car. There is a blend of piano black and faux aluminum finish on the AC vents, door handles, and button enclosures and on the steering wheel trims. The seats are leather with contrast orange stitching, finding a comfortable position is easy thanks to a host of adjustment features. The adequate padding and bolstering cushions your drive and you’ll always have a warm bum thanks to the seat heating on the front seats that ups the luxury quotient of the cabin. While having a warm bum on the back seat isn’t an option, 3 people will feel comfortable on long journeys, although the lack of rear air conditioning even in the top variant for a car with such a premium price tag is a complete bummer. You also get a boot to fit a couple weeks’ worth of luggage. Even with a black interior, the cabin feels lively thanks to the dual-pane power-sliding panoramic sunroof that lets plenty of light into the cabin. 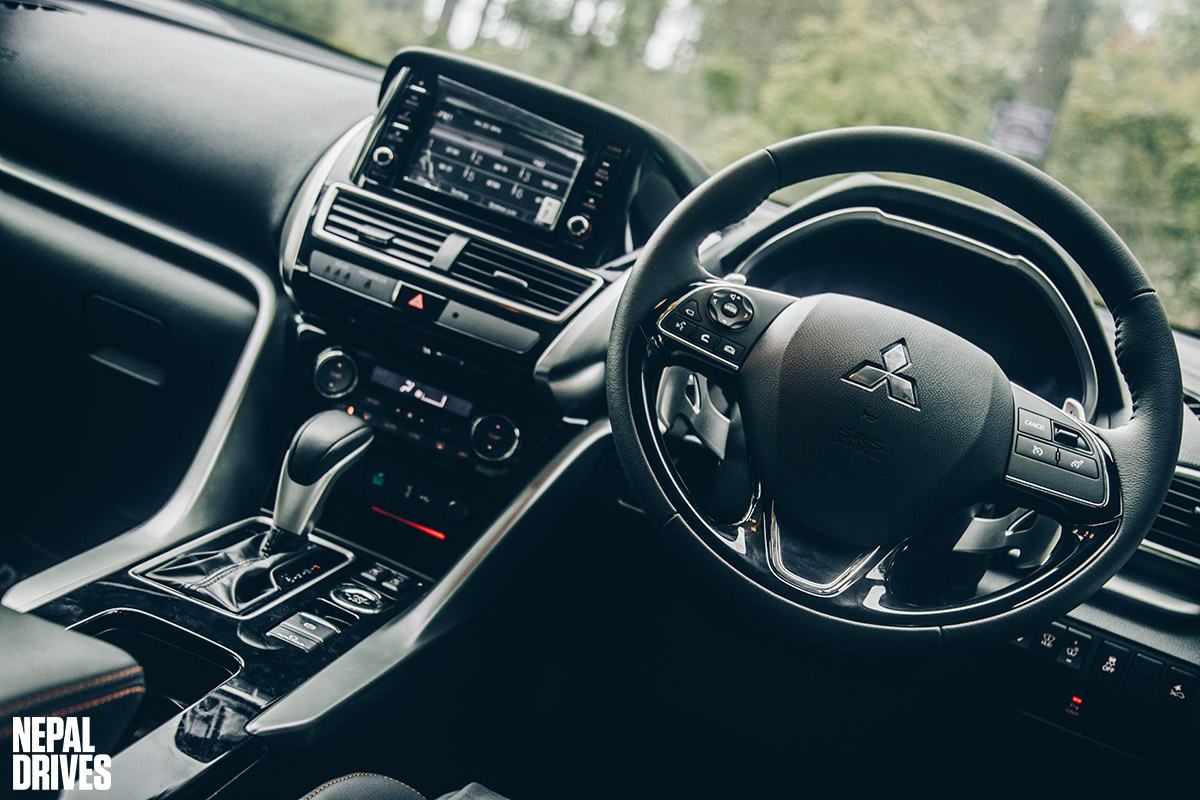 The infotainment system is a fast and responsive touch screen unit that is paired with a Rockford Fosgate premium sound system that provides a rich media experience. A rare feature you get in the Eclipse Cross is a Head-Up Display or HUD. The HUD is a small projection screen that folds up when needed, and the screen shows information regarding speed and navigation and folds flush with the dash when not needed. To sum it up, the interior of the Eclipse Cross is one of the best in its class.

A CHOICE OF ONE ENGINE….

is what you get in the Eclipse Cross. The oil burner is a 1.5-liter turbo petrol engine that has been mated to an 8-speed CVT gearbox. The engine makes 152 Bhp and 250 Nm of peak torque from 2000 to 3500 RPMs. The punchy turbo petrol can nip out vehicles easily on the highway, and thanks to the CVT gearbox, the slow urban streets are easier to navigate. 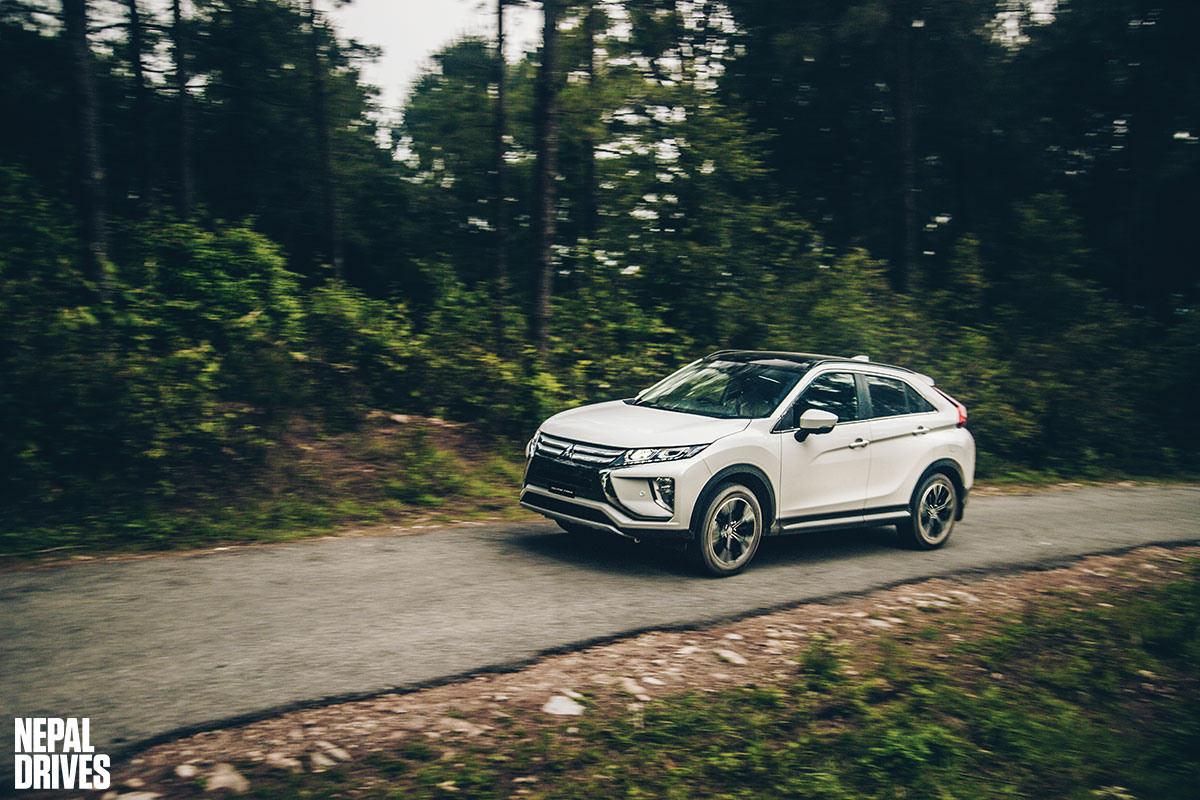 There is an Eco Mode that cuts back on power and prioritizes on fuel efficiency. The steering wheel is well weighted in higher speeds providing great feedback, it also comes equipped with flappy pedals should you want to take transmission matters into your own hands. The suspension works overtime making the ride supple and soft without producing a lot of body roll, the car remained very well composed considering its size. 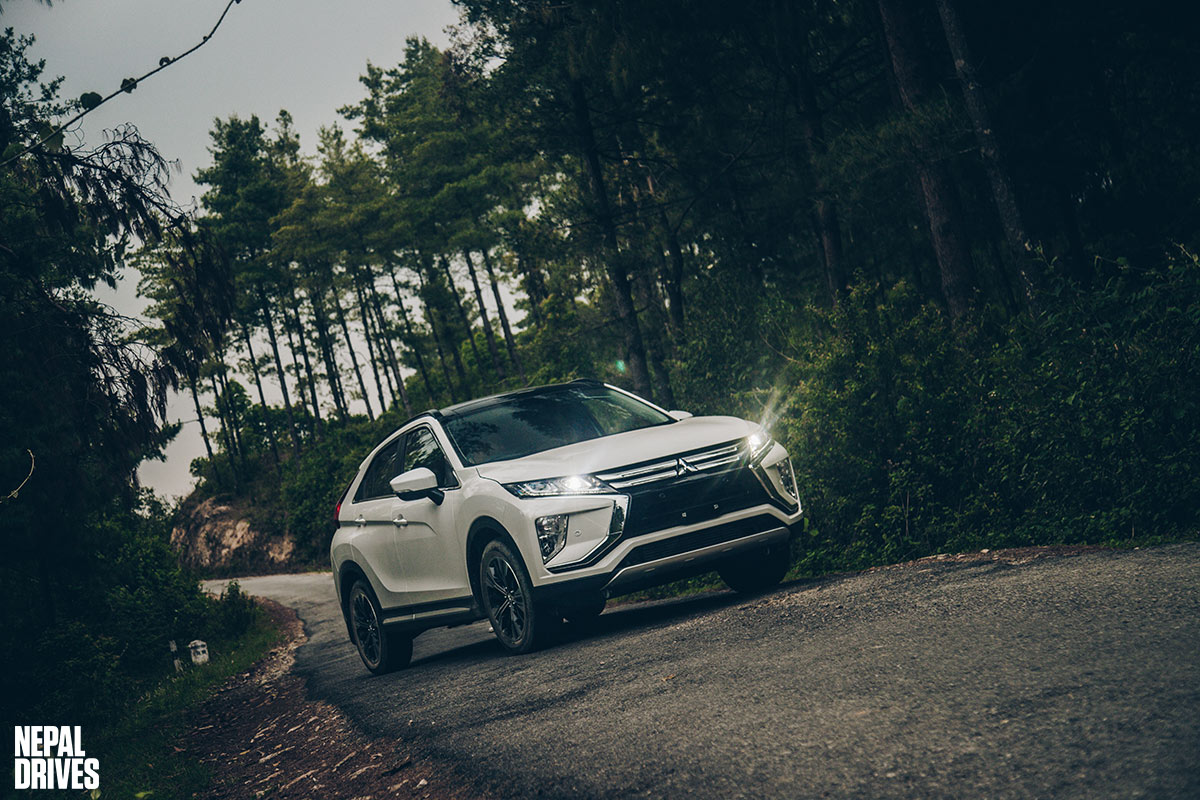 Giving the car the crossover SUV gear it needs, Mitsubishi has equipped the Eclipse Cross with S-AWC or Super All Wheel Control sends power to all four wheels when needed. This paired with sizeable tires and a high ground clearance of 216mm means that the Eclipse Cross can more than handle itself with confidence in off-road conditions. 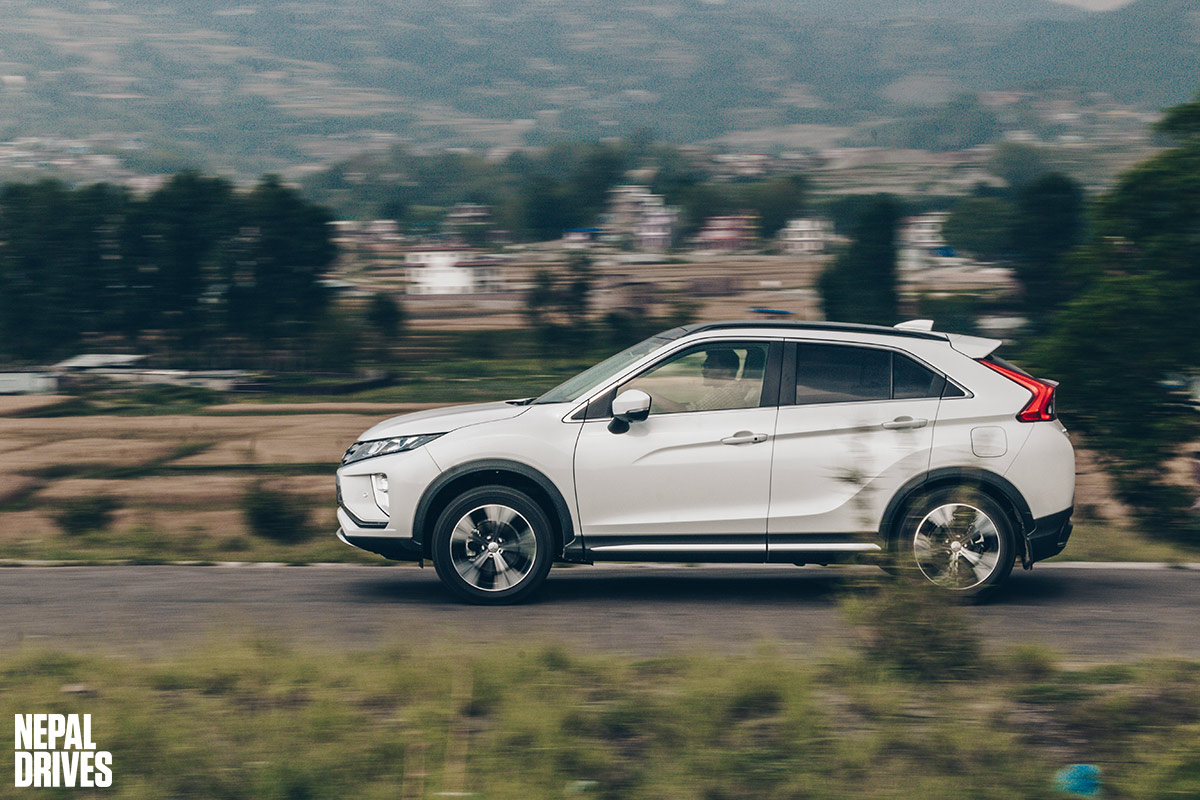 There are also a few crucial and smart features that improve the driving experience of the Eclipse Cross, these include blind-spot warning, rear cross-traffic alert, forward collision mitigation and much more that establishes this car like an absolute pleasure to drive.

AS FAR AS CROSSOVER SUVS GO…

The Eclipse Cross at the end of the day does exactly what the old Eclipse did years ago… fly under the radar.

The car isn’t out there in the spotlight garnering all the attention, instead, this crossover SUV is here providing a lot of bang for its buck, underrated, just like its predecessor. 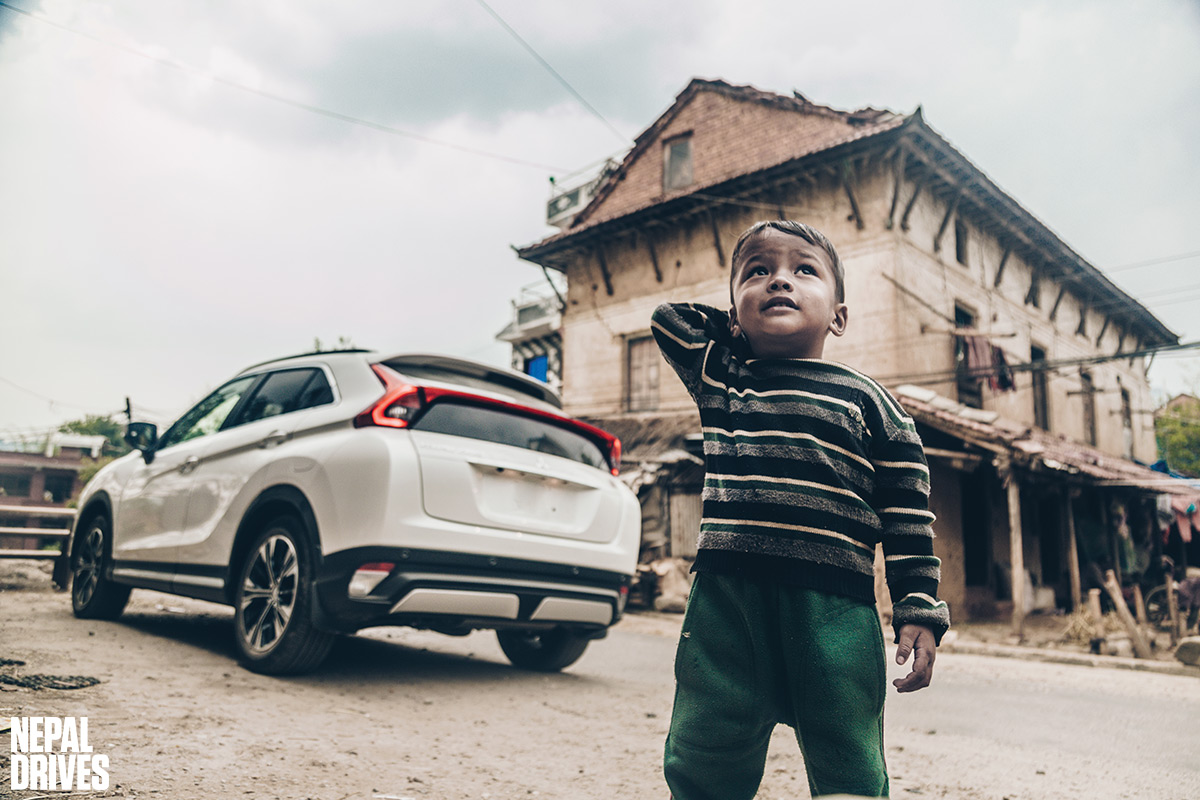 The looks is entirely a “Beauty lies in the eye of the beholder” situation, the cabin is posh and the drive is spectacular. At the end of the day, the Eclipse Cross is a choice you’ll want to make because you know you will never regret it.

PREVIOUS 19 Jul 2019
The Upcoming Tata Altroz; Everything We Know So Far!