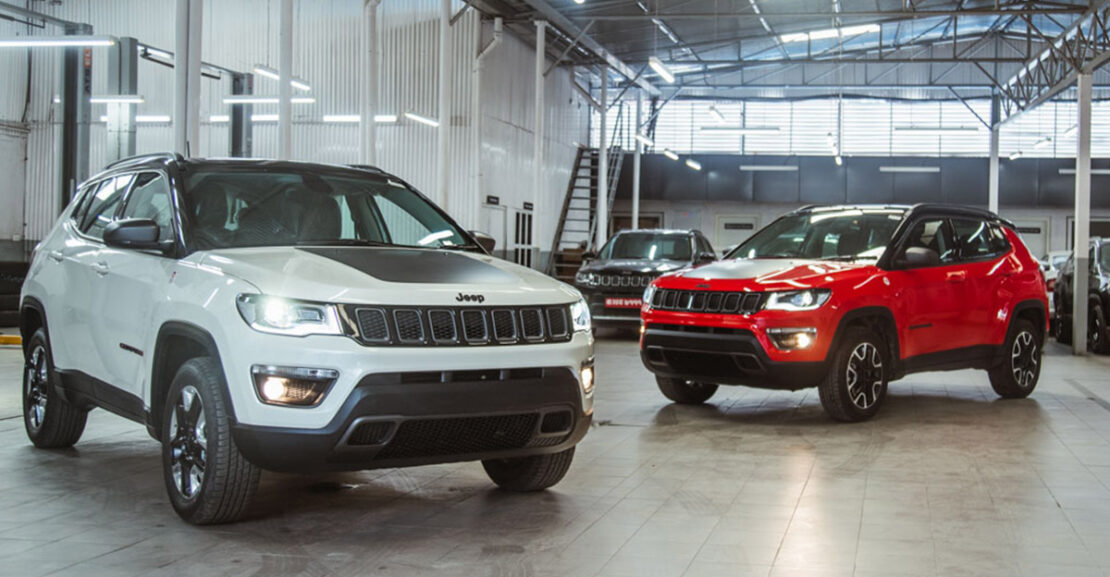 The Jeep Trailhawk will be present in all its glory at the NADA Auto Show 2019. The new Trail-rated SUV builds on the ruggedness of the Compass with new dedicated features, more low-end grunt and revised styling in a bid to attract hardcore off-roaders.

While it will be powered by the same 2.0-litre Multijet diesel engine that puts out 173PS of power and 350Nm of torque, the Trailhawk will get a 9-speed automatic gearbox instead of the 6-speed manual seen on other diesel variants of the Compass. The Trailhawk will also be equipped with Jeep’s more advanced 4×4 drivetrain called the Active Drive Low along with an additional Rock driving mode, both of which are not offered in the regular model.

Visual updates include redesigned front and rear bumpers, an improved ground clearance of 205mm and ‘Trail Rated’ badges on the front fenders and boot lid. The Trailhawk edition also gets 17-inch dual-tone alloy wheels shod in Falken all-terrain tires. On the inside, it gets an all-black cabin with the sporty-looking red stitching and highlights, an 8.4-inch UConnect infotainment system with built-in navigation and 7-inch multi-information display. Other features include cruise control, engine stop/start and a panoramic sunroof.

Plastered on the side of Jeep Wranglers, along with certain models of the Cherokee, Grand Cherokee, Compass, and Renegade, is Jeep’s famous Trail Rated badge. While the Trail Rated system first began in 2004, Jeep remains committed to building extremely capable four-wheel-drive vehicles. But what does Trail Rated mean, exactly? Superficially, it means that those vehicles have been approved and rated for off-road use. However, the significance is much deeper than that. Jeep doesn’t take the words “Trail Rated” lightly.

Every single Jeep that wears the Trail Rated badge has passed a series of challenging tests, which are separated out into five categories: Articulation, Ground Clearance, Maneuverability, Traction, Water Fording, and Jeep Trail Rated Badge.

Jeep begins the series of tests at the Fiat Chrysler headquarters in Michigan. While the winters in Michigan can be pretty unforgiving, Jeep doesn’t stop the testing there. Potential Trail Rated vehicles venture out to the Rubicon Trail in California and the rocky terrain in Moab, Utah, where the climate and driving conditions are a bit more extreme. Jeep makes sure that the vehicles proudly wearing the Trail Rated badge are truly ready for anything and everything.

While many choose to make aftermarket modifications to increase the off-roading performance, even more, Jeep has made it possible to go straight from the factory to the trail with their line of Trail Rated vehicles.