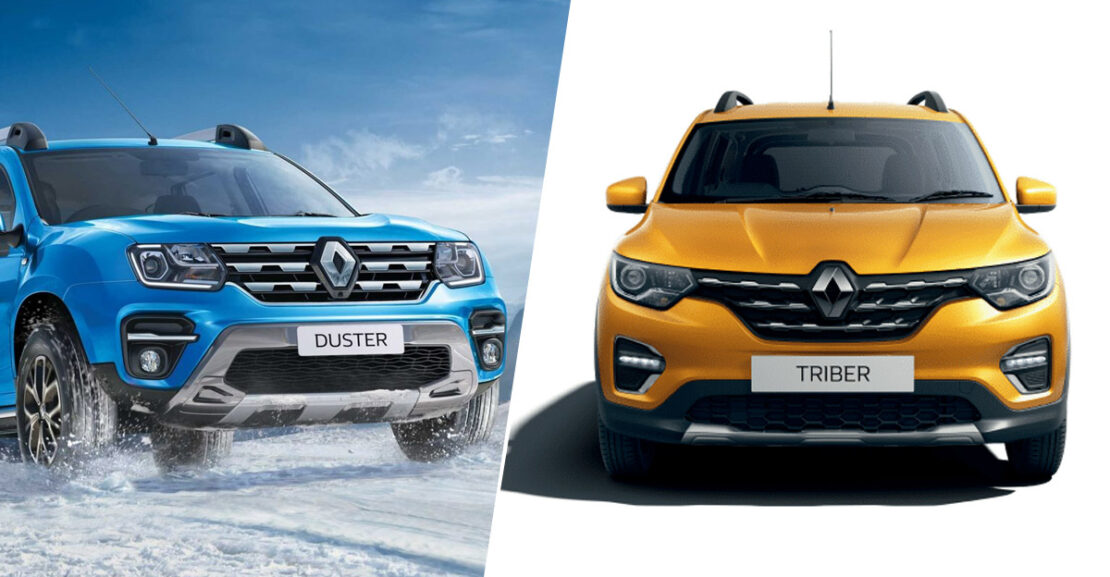 NADA Auto Show 2019 Preview: The Updated Duster and The All New Triber From Renault

Renault will have a couple of eye-catching exhibits this year at NADA. There’s the new Duster that comes with a handful of exterior and interior updates to lend a more desirable feel. It comes equipped with 25 brand new features and technology enhancements, including Apple CarPlay, Android Auto infotainment with voice recognition and EcoGuide along with safety features such as Electronic Stability Program (ESP) and Hill-Start Assist.

Apart from this, Renault is also bringing their newest offering in the MPV segment. Directly rivaling the Datsun Go+ MPV, the Renault Triber, like the Go+ measures under four meters in length. The Triber is based on a modified version of the Kwid’s CMF-A platform and resemblance the Renault Kwid but to differentiate itself from the shorter brother, the Renault Triber gets new headlights, a new grille, a sculpted clamshell bonnet, a squared-off rear section and an upright stance, which is further accentuated by the roof rails and 15-inch alloy wheels.