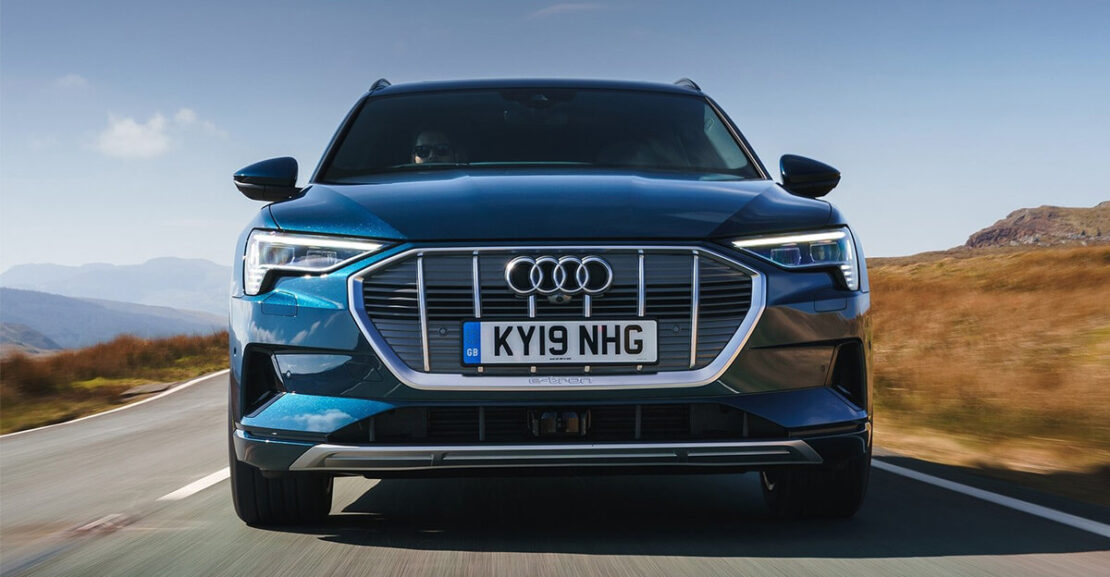 Yes, you read the headline correctly. Ramro Motors, Nepal’s first multi-brand showroom that deals in buying and selling re-conditioned vehicles, has confirmed the Audi e-tron electric SUV for the Nepalese market. To be imported by Prinsa International, the Audi e-tron will be exclusively available through Ramro Motors’ showroom in Sano Gaucharan, Naxal. 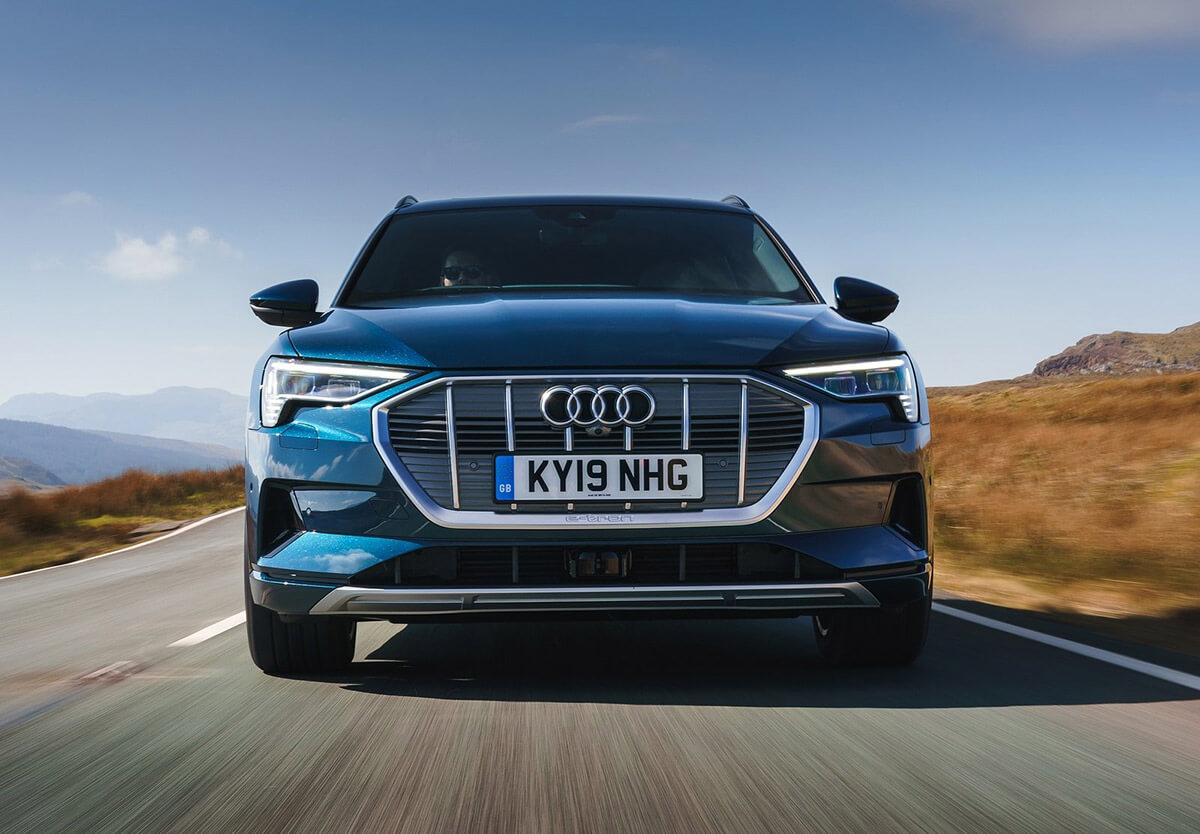 Let’s talk numbers first. Two electric motors drive the electric SUV powerfully, free of emissions, and almost silently, with a system output of up to 403 bhp and 664 Nm of torque. The maximum drive torque is available within fractions of a second and provides enormous pulling power. The Audi e-tron completes the standard sprint in 5.7 seconds. Top speed is an electronically-limited 200 km/h. 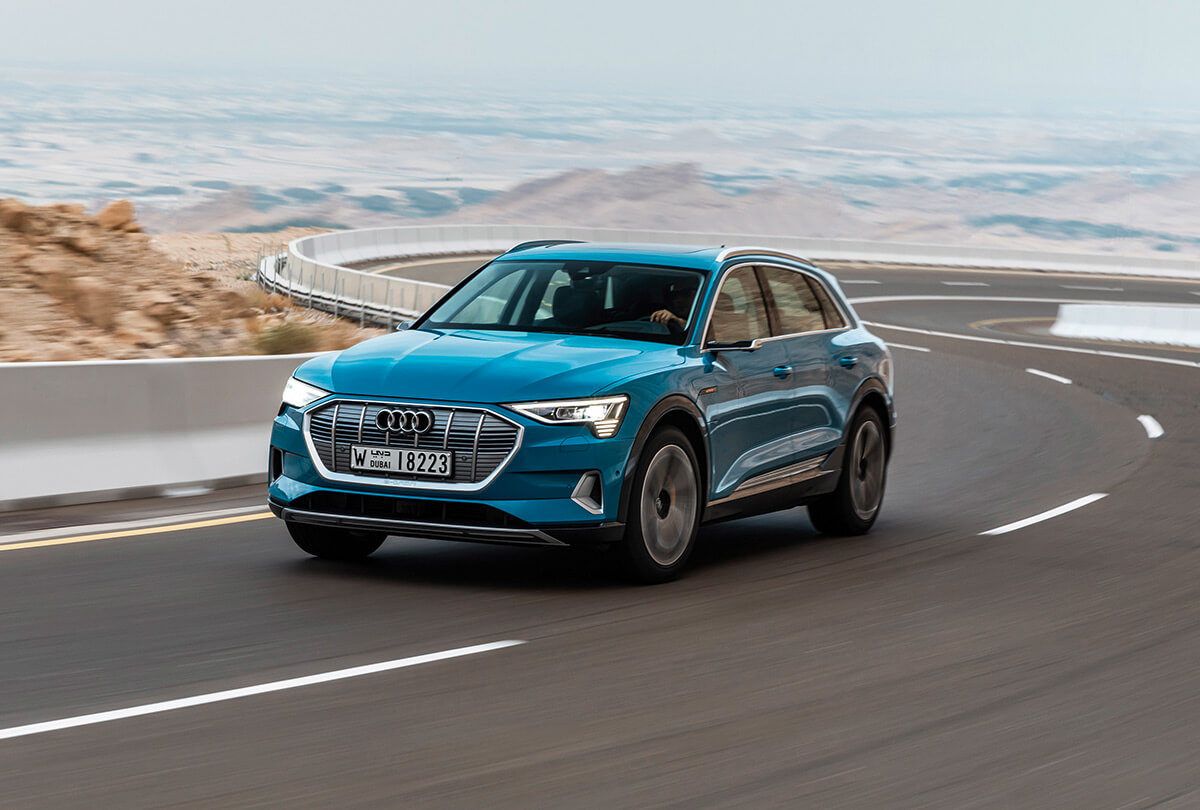 Its two electric motors together with electric all-wheel drive provide for awesome performance and agile handling. The large high-voltage battery lays the foundation for a range of more than 400 kilometers in the WLTP driving cycle. In combination with a comprehensive range of charging options for home and on the move, customers can enjoy fully electric driving without having to compromise. 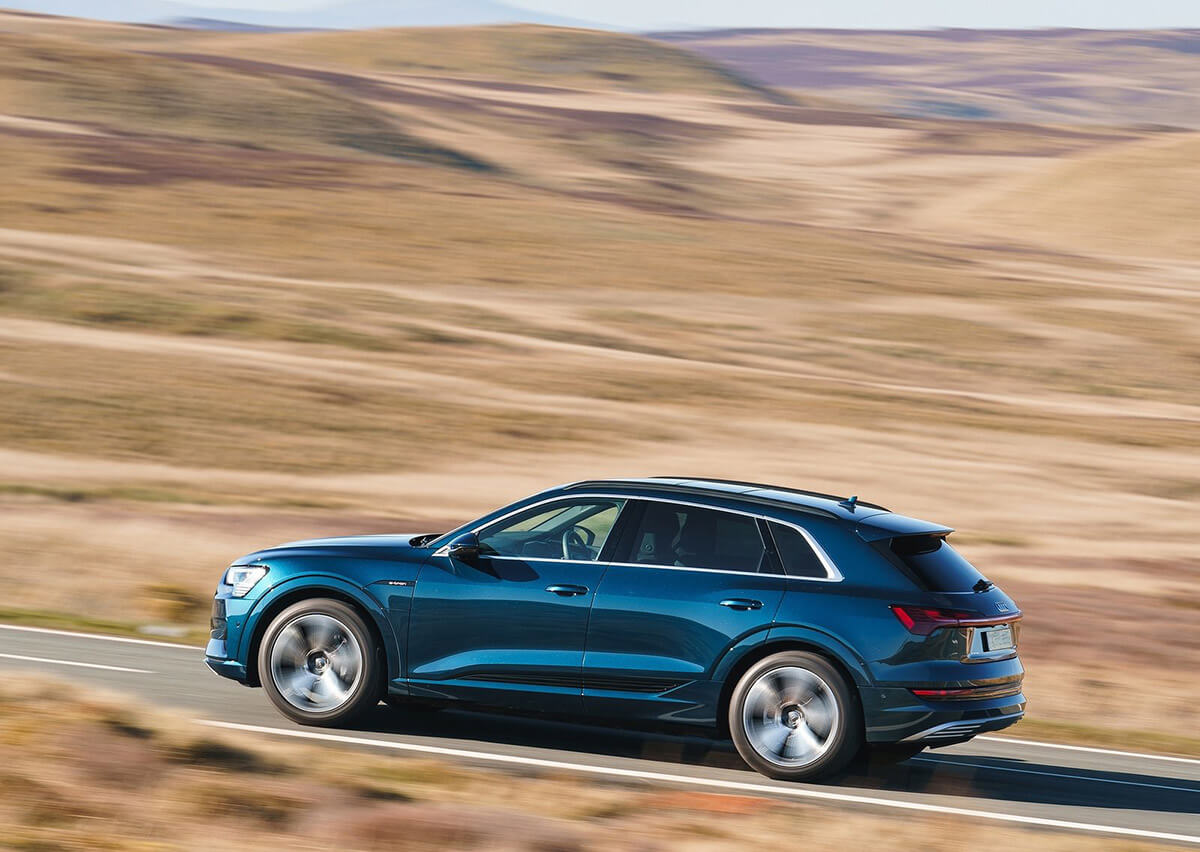 Audi says the e-tron is an electric SUV for sport, family, and leisure. It is 4901 mm long, 1935 mm wide and 1616 mm high. With a wheelbase of 2928 mm, the Audi e-tron has ample space for five occupants along with their bags. The total boot capacity is 660 liters.  For the first time in a volume-production car, virtual exterior mirrors are available as an option in the Audi e-tron. They not only provide a new technology experience but also many practical benefits in terms of comfort and safety. 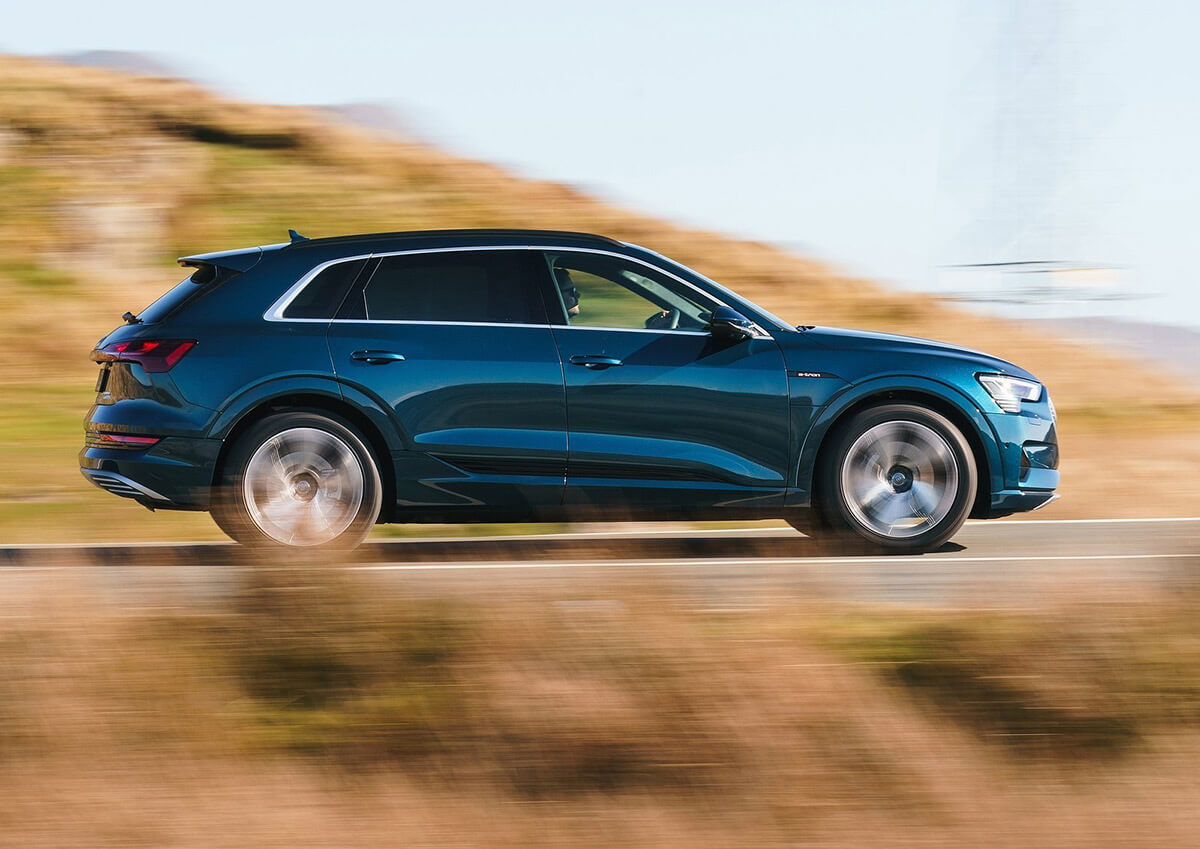 The large high-voltage battery in the Audi e-tron can store up to 95 kWh of energy and is thus the foundation for the long-range. On long trips, such as when going on vacation, customers can use fast-charging stations to charge with direct current (DC) at up to 201 bhp – a first for series-production automobiles. This means that the Audi e-tron is all set for the next long-distance stretch of a journey in approximately half an hour. The electric SUV can also be recharged with alternating current (AC) at up to 11 kW. Whether AC or DC, 11 kW or 150 kW – a single card is all customers need to start the process. 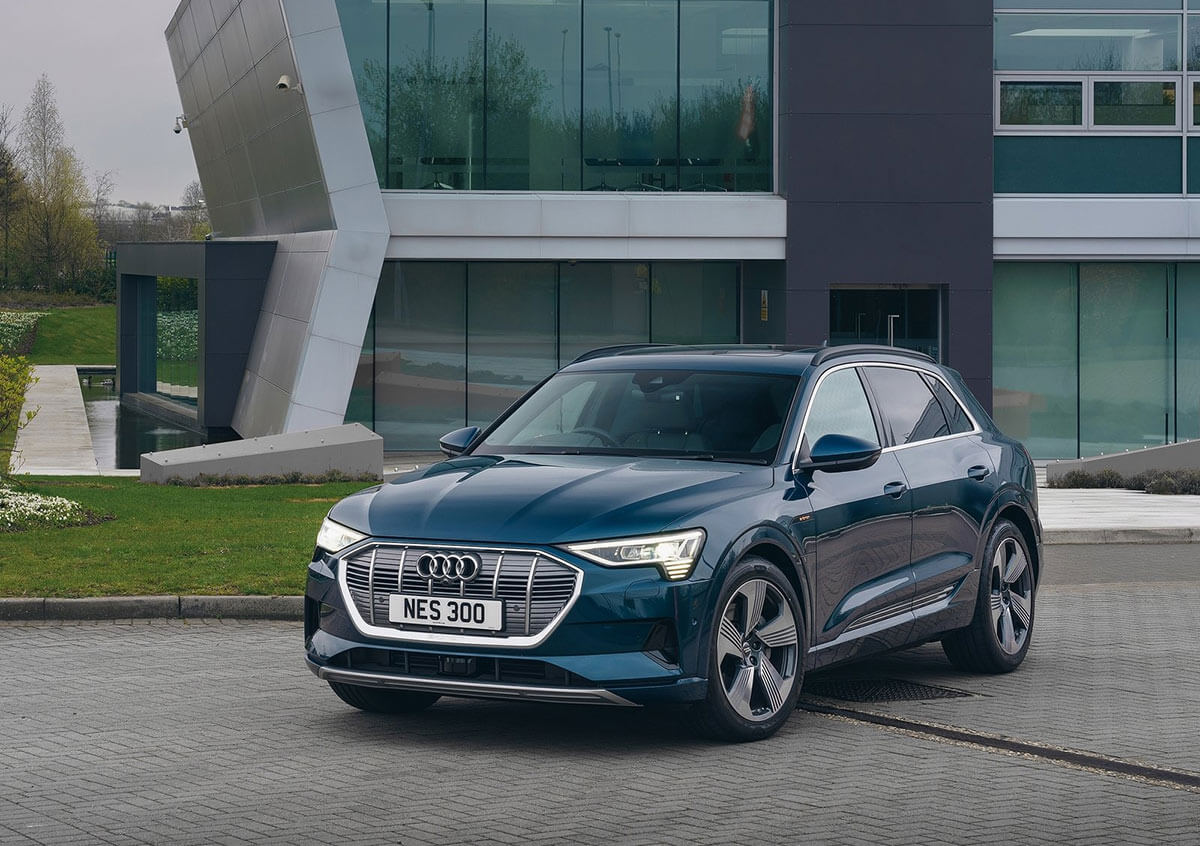 The Audi e-tron reflects the fundamental formal idiom of Audi design – translated into the electric age by new, stylistically defining details. Typically for one of the brand’s SUV models, the Audi e-tron bears the octagonal-design Singleframe grille with vertical struts. Its corpus is largely enclosed and presented in platinum gray – identifying it as a fully electric model. At the lower edge of the Matrix LED headlights, four horizontal struts create the e-tron-specific signature in the daytime running lights. For the first time, this is integrated directly into the headlights. 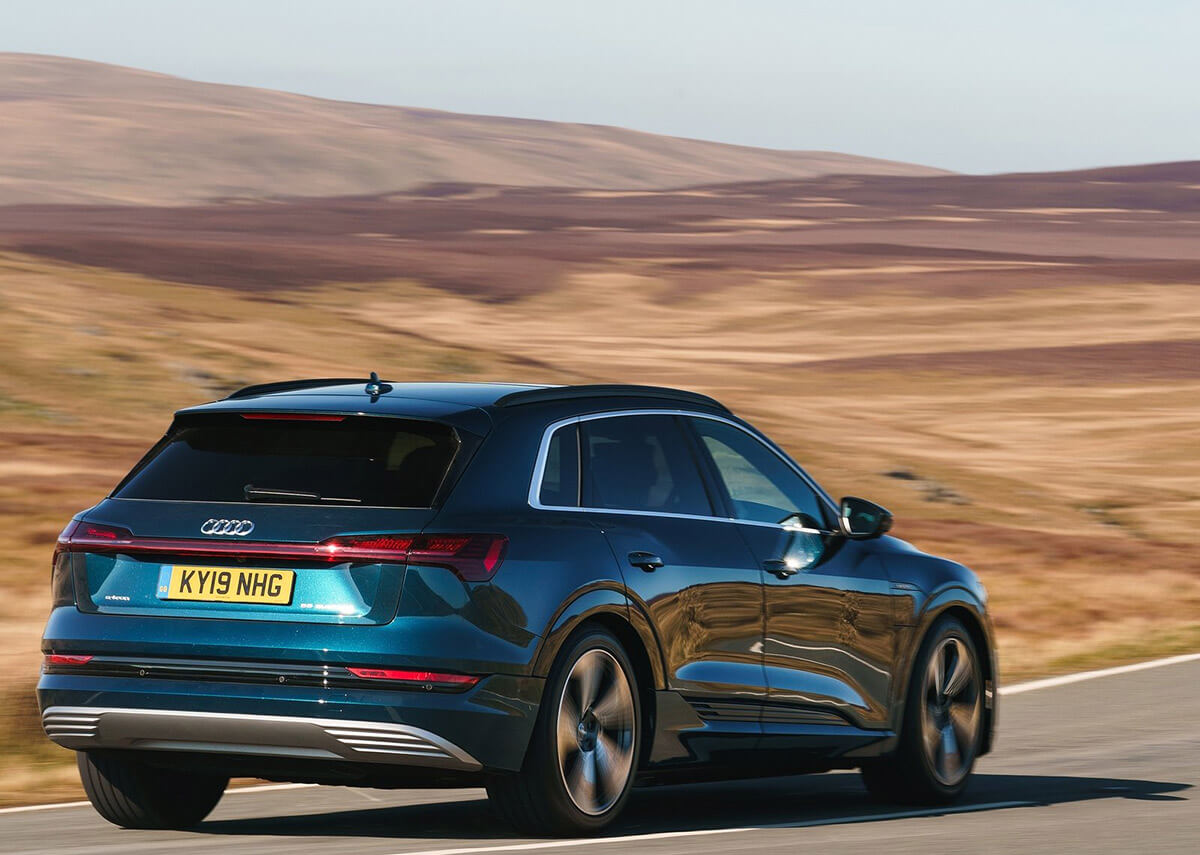 At the rear, slats in the wide diffuser call attention to the omission of exhaust pipes. The quattro blisters over the wheels hint at the electric all-wheel drive. The sill area is also boldly contoured. With the black inserts on the door trim, it visualizes the location of the battery and thus the energy center of the Audi e-tron. At the sculpted rear end, the long roof edge spoiler and the wide diffuser emphasize the horizontal and thus the sporty character of the electric-powered SUV. 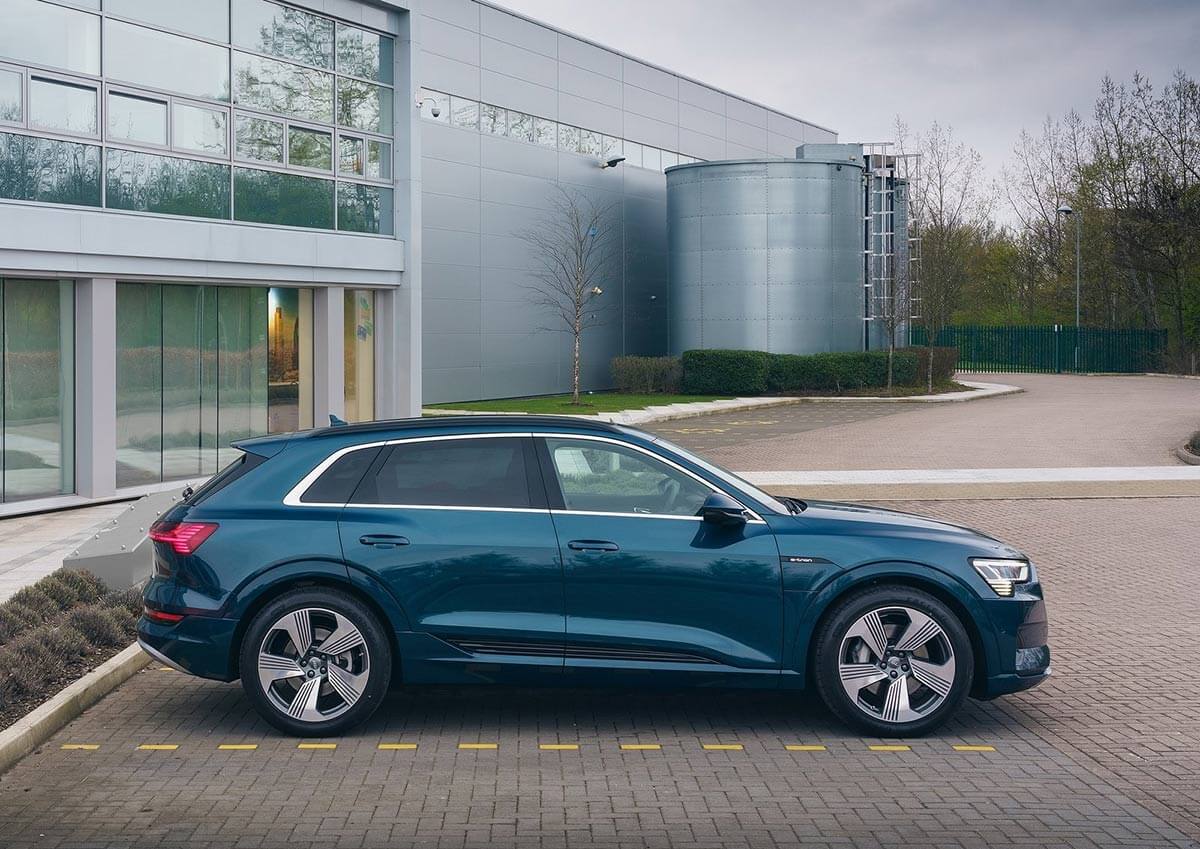 The entire driver’s area has a driver bias, and the two large MMI touch response displays are angled in the driver’s direction. They replace nearly every conventional switch and control. Many functions can also be controlled via the natural voice control system as well as the Amazon voice-activated assistant Alexa. With the standard Audi virtual cockpit, the driver can choose between two views that clearly present all information in the form of sharp, highresolution graphics. 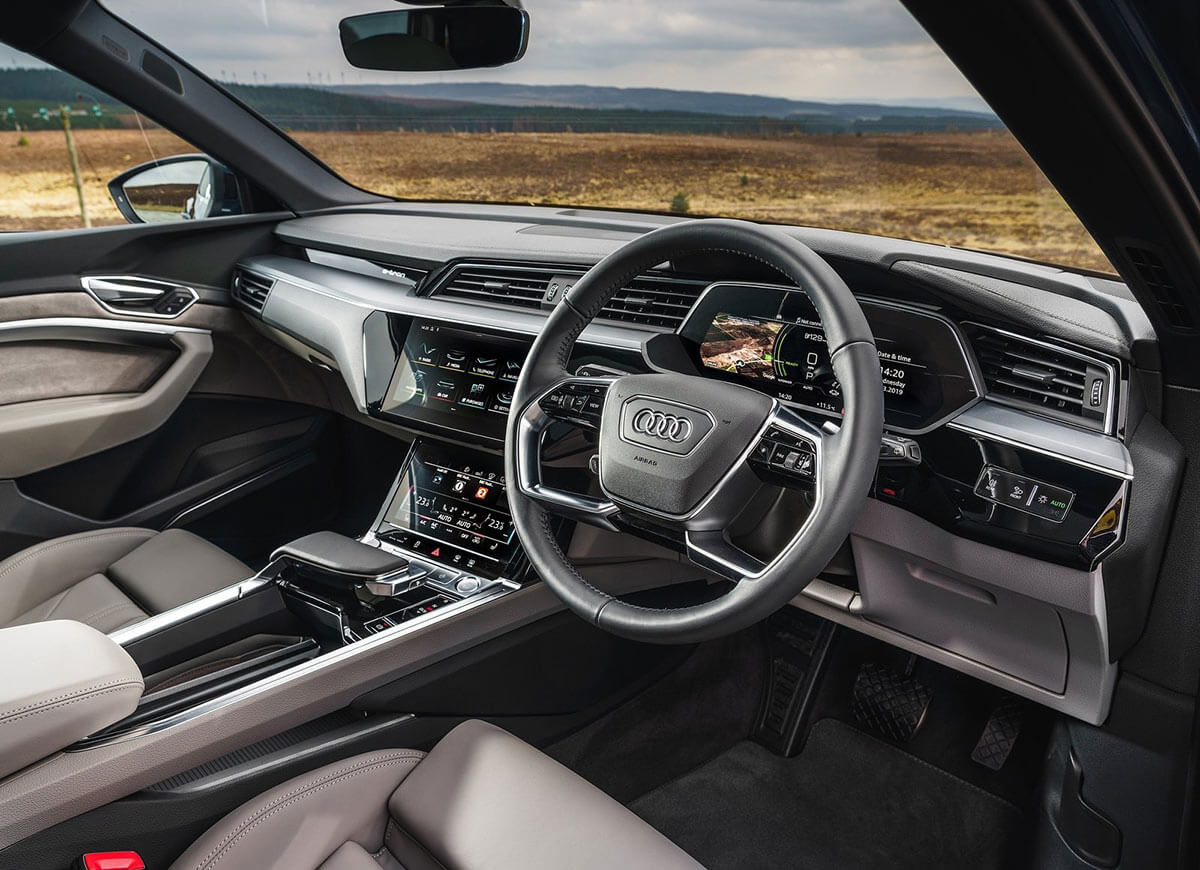 In the German market, the Audi e-tron comes standard with the high-end media center MMI navigation plus. It supports the LTE Advanced data transmission standard with integrated Wi-Fi hotspot for the passengers’ mobile devices. The navigation system makes intelligent destination suggestions based on previous routes, ideally supplemented by the e-tron route planner.  Besides the traffic situation, the computation also considers the battery’s charge level. The projected arrival time includes any required charging time. Numerous assist systems make the drive even more relaxing, including the standard efficiency assist. With predictive tips in the Audi virtual cockpit and automatic recuperation, it helps the driver to drive economically. The system uses radar sensors, camera images, navigation data and Car-to-X information to detect the traffic environment and the route.

In combination with the adaptive cruise assist, the efficiency assist can also brake and accelerate the electric SUV predictively. Backing the assist systems is the central driver assistance controller, which continuously computes an exact model of the environment. The required data is obtained – depending on the selected options – from up to five radar sensors, six cameras, twelve ultrasound sensors, and the laser scanner.