Remember that cousin who was always slightly better than you at everything? Better at studies, better at sports, and better at social gatherings. Well, the Captur is that cousin to the Duster. The latest offering from Renault is an SUV that is sleeker and sexier and boasts more captivating elements than it’s cousin. 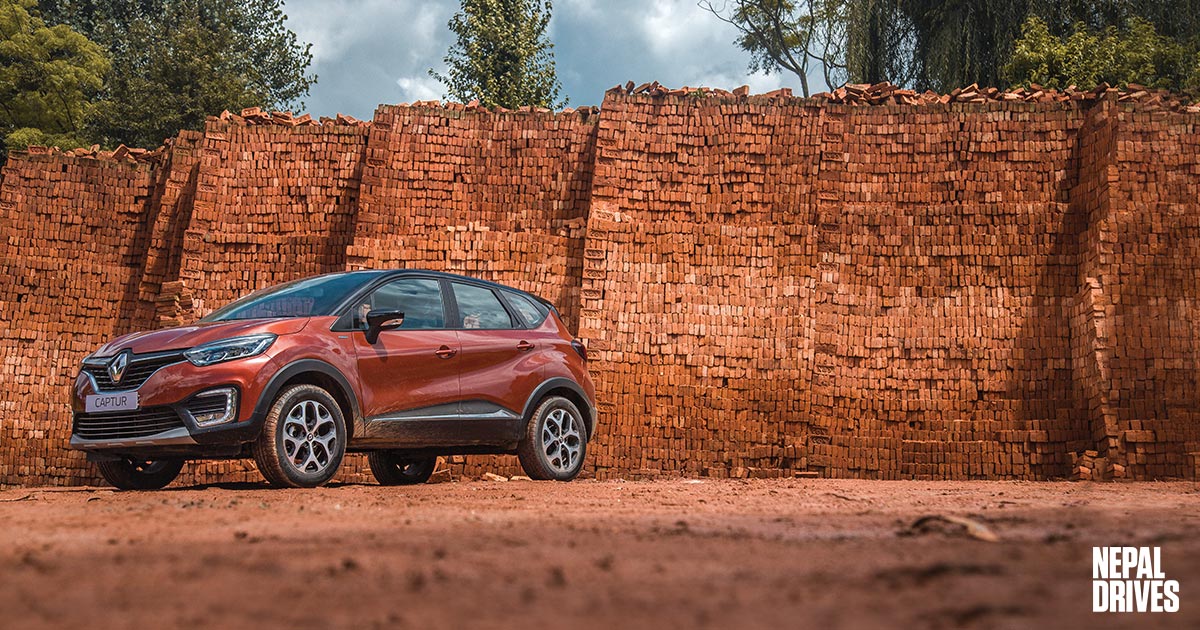 And that is quite the statement considering the success that the Duster has enjoyed in the Nepalese market. So, to back up that claim, we have taken the Captur out for a spin around the city to see if it is, in fact, the better cousin. Read on to find out.

At first glance, you will notice that there is something peculiar about the Renault Captur. While it’s brother, the Duster sports a boxy and muscular SUV design, the Captur goes the opposite route. The design is quirky with a slim looking body without any sharp lines. There’s a stylish chrome-accented grille and diamond logo up front, which looks smart and likable, and very urban too. The grille is flanked by sleek headlights with a primary set of C-shaped LED DRLs on the front bumper. The SUV gets skid plates as well as plastic claddings in all the right places as that’s the norm in this segment. 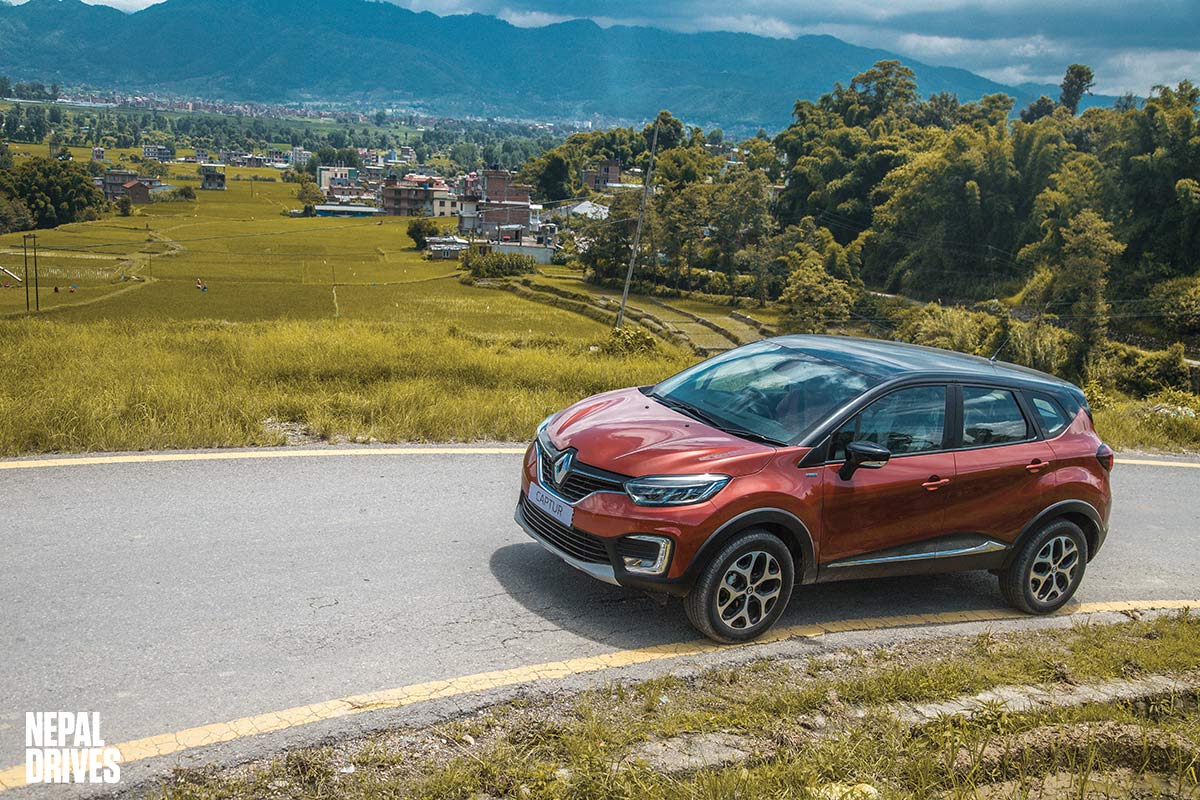 There are some subtle lines on the bonnet that give the Captur an imposing stance. Over to the side, the roof swoops down towards the rear making the car look shorter, while the contrast color roof add to the sportiness of the vehicle. This sleek body is driven by a gorgeous looking set of 17- inch alloy wheels. 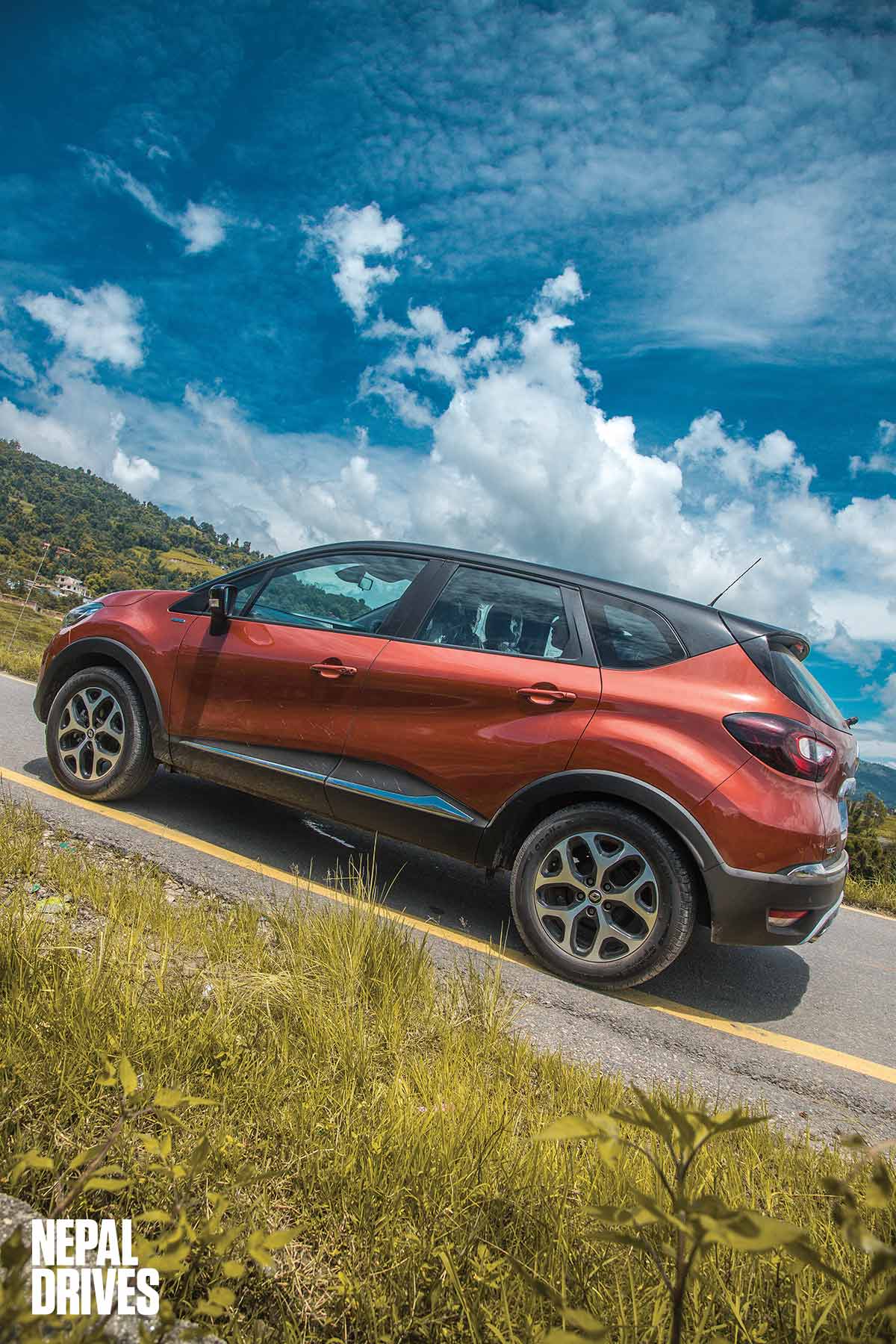 While you unlock the car, you’ll notice the Captur’s key; or rather you won’t because there isn’t one. Instead, you get a key that is shaped like a card, thicker than your credit card but much easier to carry. You insert this card in a slot housed on the central console just like an ATM machine. It’s just one cool thing we couldn’t miss mentioning. 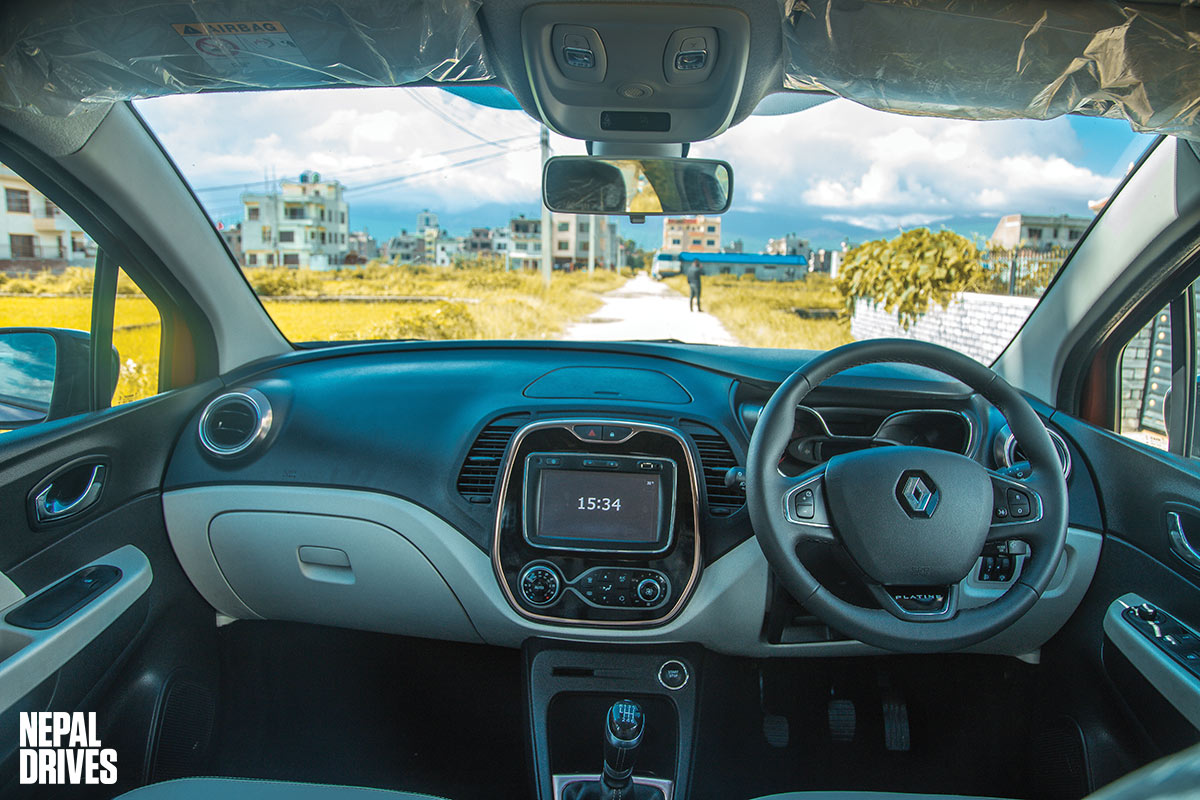 Moving on. The Captur feels premium, the layout of the dash is funky with the usual goodies such as automatic climate control, rear AC vents and a touchscreen infotainment system. The speedometer is digital and looks sporty while the chrome accents on the central console and AC vents give it some class. The dual tone seats on the Platine trim are beautiful and maybe even a cut above its class. 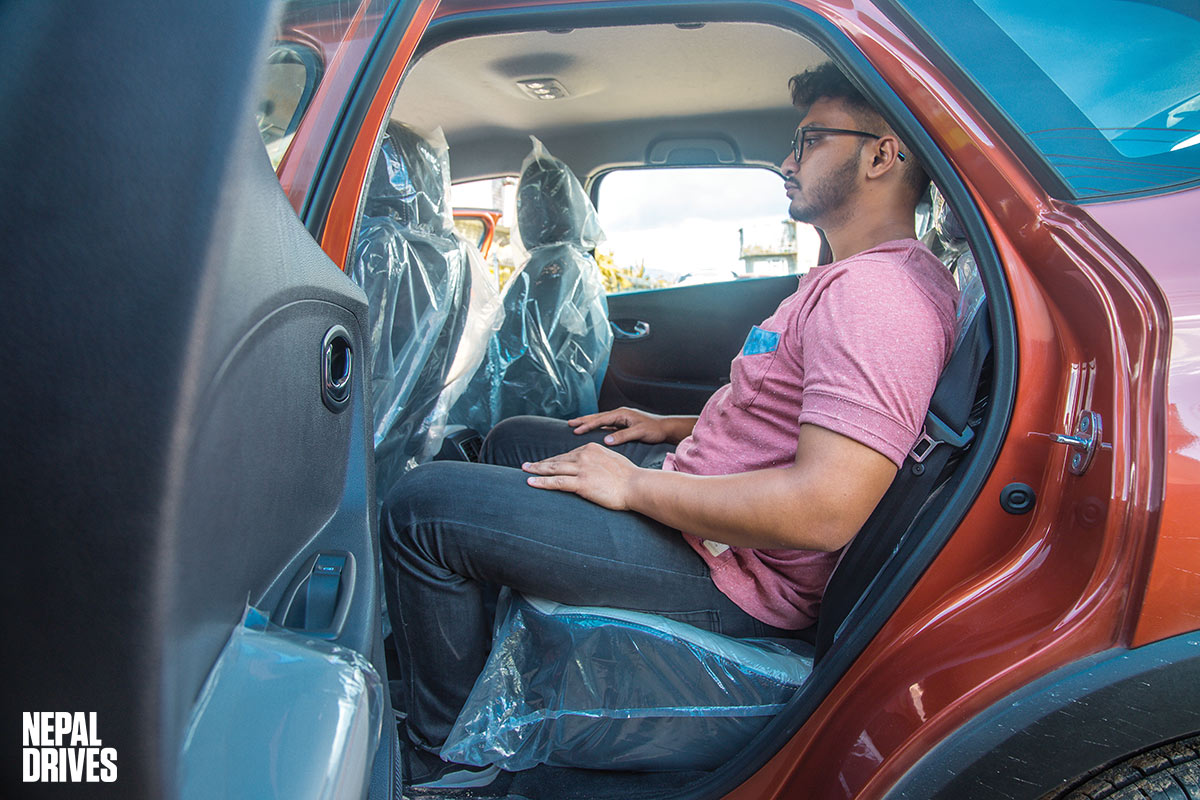 The overall fit and finish of the cabin is great. Sadly, there’s no Android Auto or Apple CarPlay on offer. On the safety front, the Captur gets dual airbags and ABS with EBD as standard. The top-spec Platine variant gets four airbags and safety tech such as Hill Assist and Traction Control. The rear bench gets a 60:40 split that takes the cargo volume up to 1352 litres from an already adequate 392 liters when the seats are unfolded.

You get two engine choices with the Renault Captur. One is a 1.5-liter petrol mated to a 6-speed manual transmission that makes 105 BHp and 142 Nm of torque. The other is a 1.5-liter diesel engine mated to a 6-speed transmission that is capable of putting out 110 BHP and 240 Nm of torque. Both motors are fun to drive and they sport adequate power delivery necessary for your city commute and highway cruise. 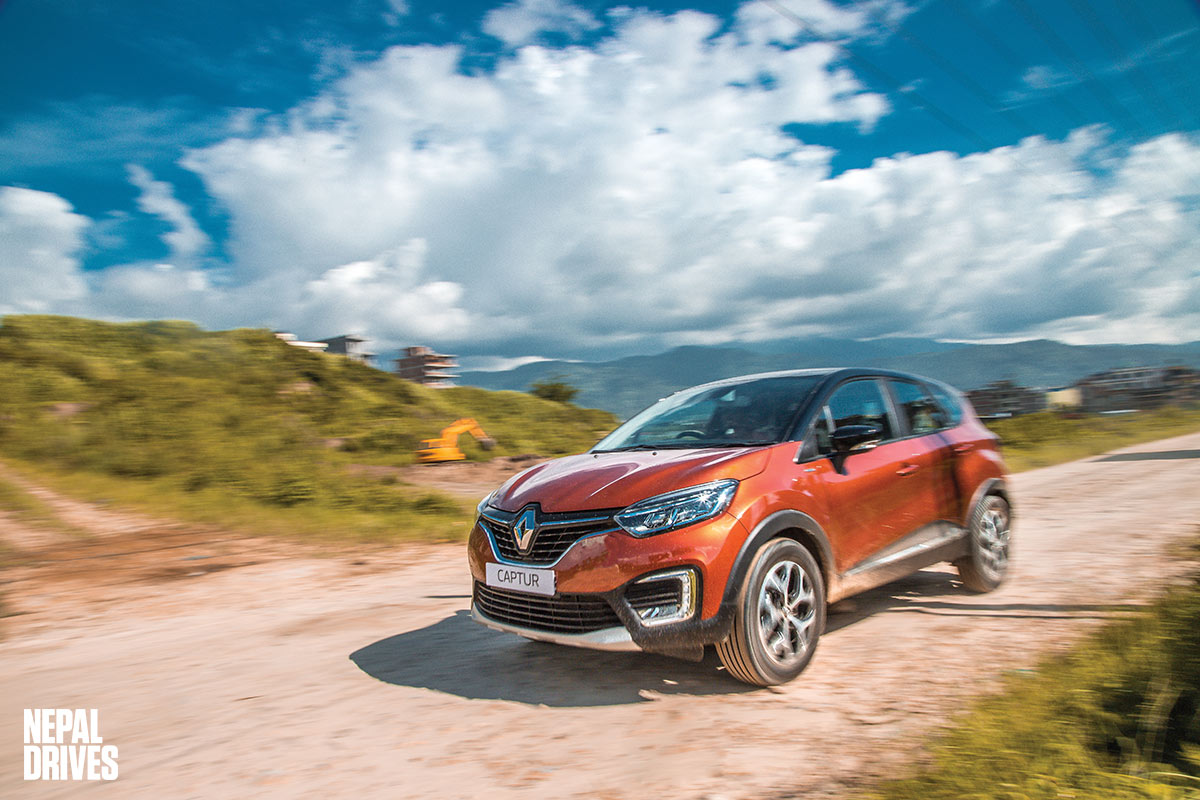 The drive quality is pretty much similar to the Duster, so you won’t be running into any surprises. It really comes into its element when it passes 2000rpm, and with the peak torque coming in at 1800rpm it performs well traffic too. However, you would feel the car struggle while hauling 5 passengers uphill with the air conditioning on. The handling is responsive and confidence inspiring as the car feels well weighted on the road. 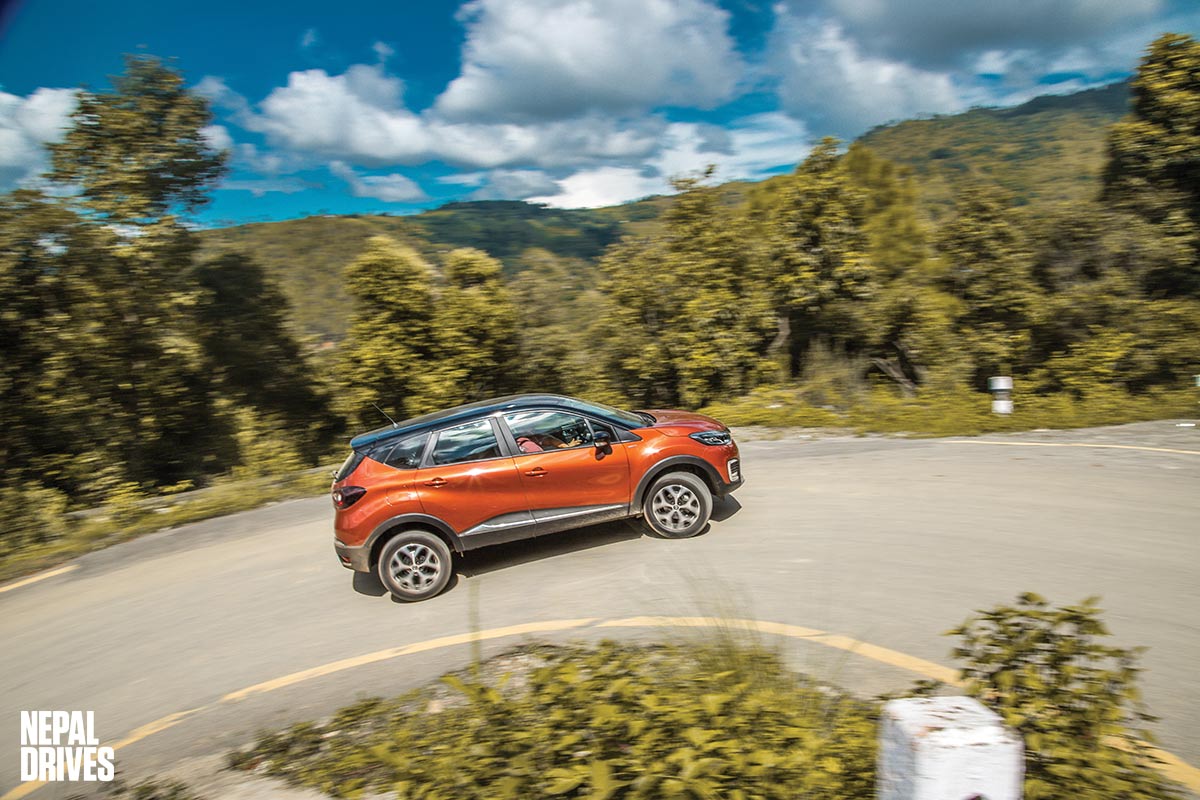 The suspension does a great job of silencing the bumps and potholes without giving feedback into the cabin. The steering wheel is light without being too light and the tight turns come easy with only the slightest of body rolls, thanks to the weight distribution.

The Captur brings a captivating presence in the small SUV market. It brings modern styling to the table that is preferred by the newer generation and adds luxurious and elegant touches to the interior preferred by the older generation. It also has plenty of other necessary elements to captivate all types of people and that gives the Captur an advantage over its rivals. 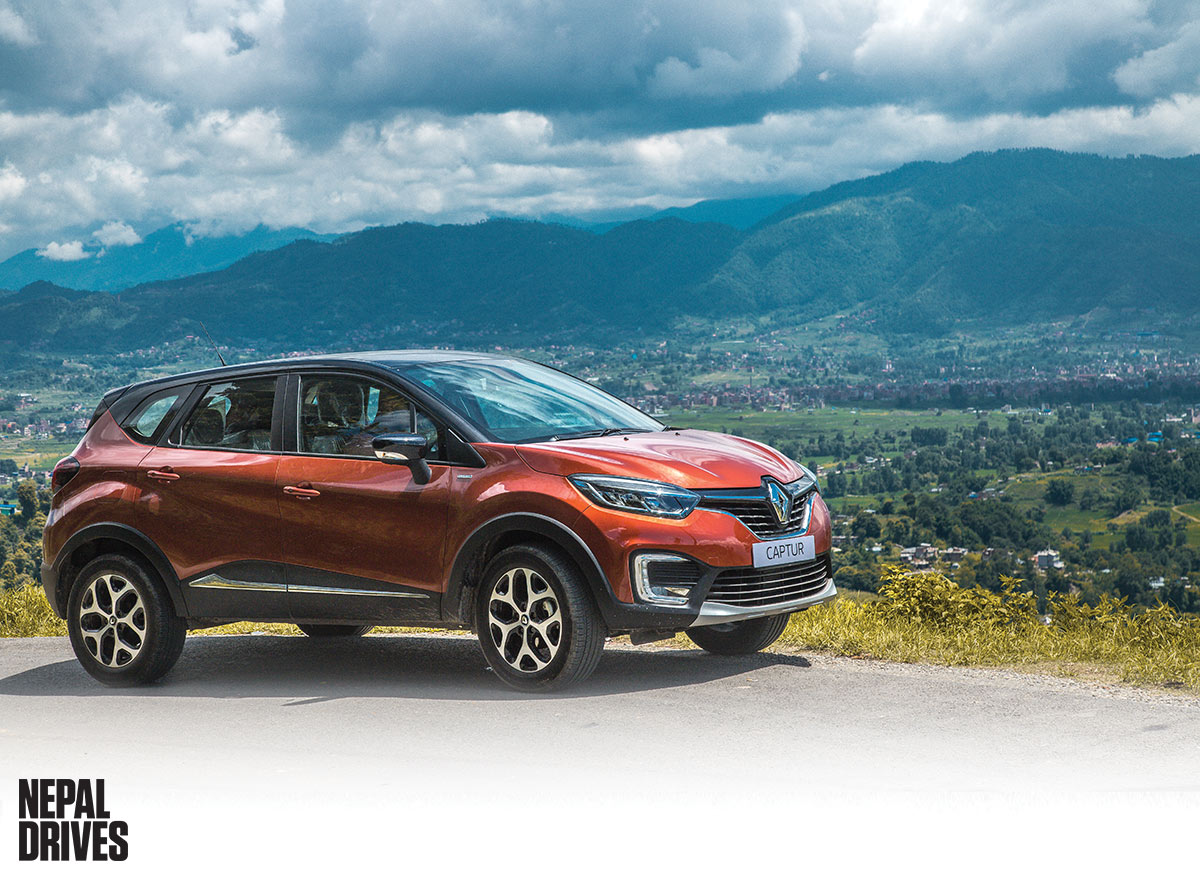 The drive is admirable in most road conditions and the list of features you get is right on par with the segment, if not, better. The Captur competes with the likes of the Nissan Terrano, Honda BR-V, Suzuki S-Cross, its own brother the Duster and the Hyundai Creta. And after driving the Captur we can say that it is going to give all of them a run for their money.